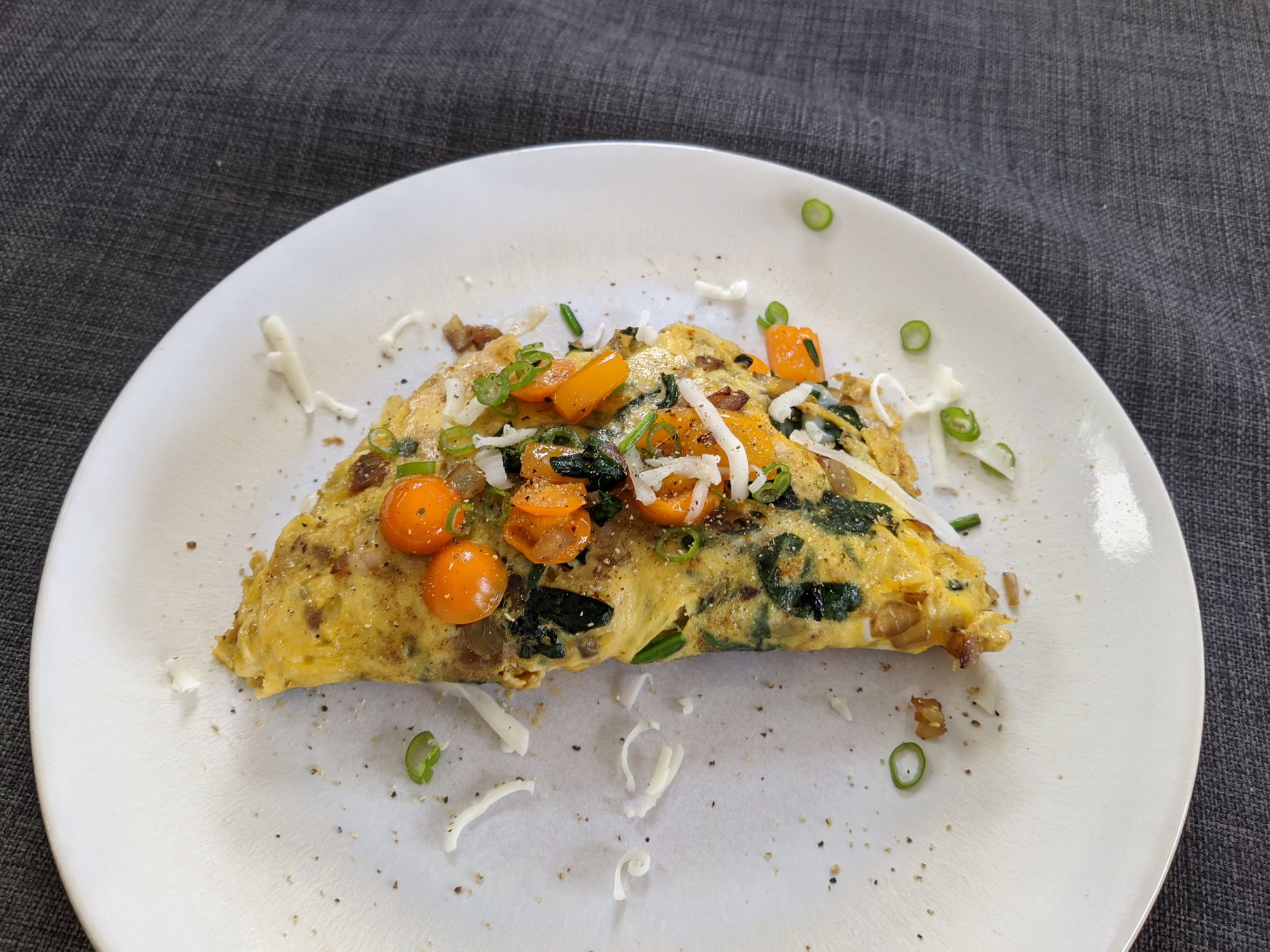 First off. Cooking on a single past-its-prime steel frying pan on an induction hot plate. I made two omelettes: one two eggs, one three (for this fat bitch right here). Let the games begin.