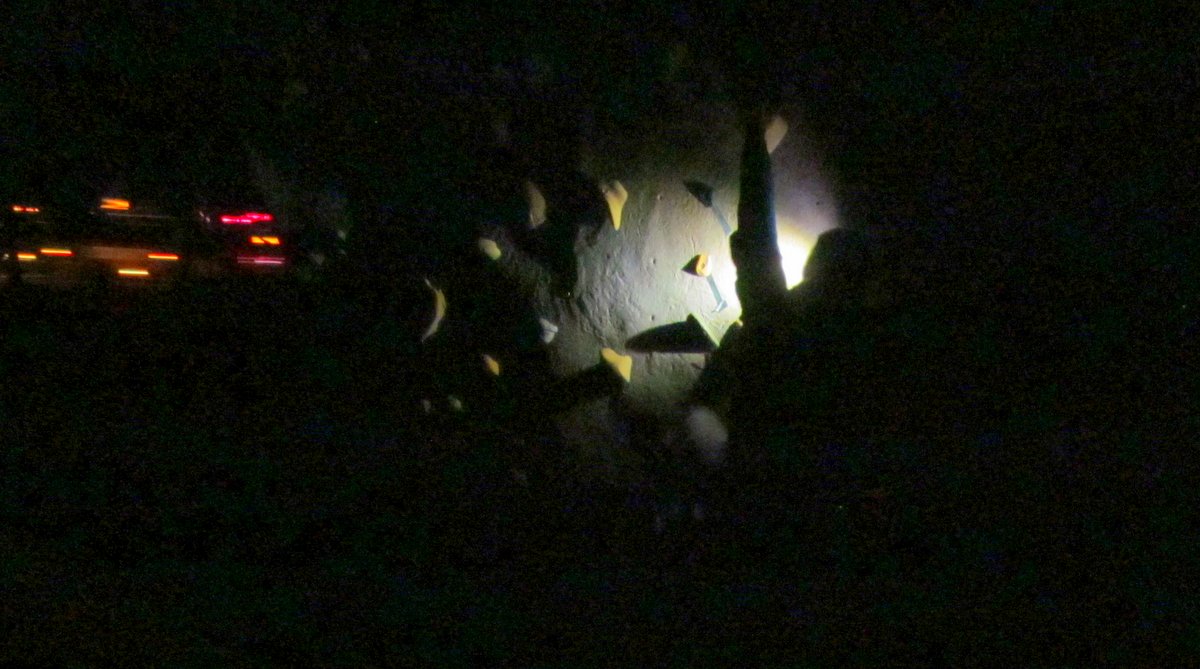 Climbing is a thing in my life again, and that makes life so much better. While the climbing gym in Jackson closed this month, the outdoors obviously provide plenty of rock, and if the urge hits me in the middle of the night there's the boulders at Phil Baux Park, just a few blocks from home, to play with.

The last two weeks, in particular, were terrific climbing. I took a three day weekend to play with Laurel and Leah down in Lander, and got out the next weekend to play in the alpine of the Tetons with Hunter and Suzanne.

Always Back to Lander

This place is my climbing home. I have five years of memories here, and feel like I can tell a story at every wall along the way.

Saturday, Laurel and I got out and played in Sinks Canyon for a bit in the evening. We started with the classics at Addiction Wall, with Laurel leading Go West Young Man (5.6?7?), and me getting my fifty-first ascent of it. That was followed by a fun rump up It's A Beautiful Life (5.9 flake to slab), one of my favorite five nines. I impressed myself on the slab at the top of Beautiful Life. It was clear that all the time spent climbing the crimps and slabs at Rodeo Wall was paying off.

At that point we thought our evening was done, and started heading back home, walking along the cliff to descend at Killer Cave. Just before the cave is Harvest Moon Wall, which is a very dense collection of great 10/11 climbs. Somehow, I got it in my mind that doing Firecracker Kid (10b corner to pockets) would be the perfect way to welcome myself back to the canyon. Laurel agreed to belay me for it, and I had the time of my life. I had all my strength back, and all my nerve. I'm a climber again!

I made it look fun enough that Laurel decided that she should try too, and she knocked it out. It's been awesome watching her improve as a climber.

Sunday, Laurel and I went up to Wild Iris and played at its Main Wall. We repeated some classics at the 5.10 wall, and then had to hide out under the Stonehenge for an afternoon thunderstorm to pass.

Once the storm passed, we thought it was about time to pack up and head home, when I suddenly noticed a three star 10b in the guidebook that I had somehow never climbed before. We headed down Main Wall until we found it, an amazing pocket puller with a crux start called Take Off Your Hat. It was a happy, happy climb.

The Sandstone Buttress is a great heap of rock that pops up on your right as you drive to the canyon, and is the marker of your arrival. Unlike the limestone further up, it's full of cracks and not bolts. I've been wanting to get Leah on it to climb the classic Gunky (5.8, 2/3 pitch), and the stars had finally aligned.

While we waited for Leah to get off work, Laurel and I climbed some 5.5 offwidth, which was a fun enough lead (forty feet on one piece of gear keeps you in the zone), but I can't see the follow as being too great of a time. Laurel pretty much agreed with that synopsis.

After that, we waited for Leah, and then sat around waiting for the weather and making tape gloves. The skies had been gray for awhile, and the wind was blustery, but strangely no moisture was dropping. Some time around six we said the hell with it and just went for the climb. The weather ended up cooperating with us.

My first bit of actual trad climbing in quite a while got to my head. As I went to pull the roof on Gunky, I started panicking about not having placed any gear for awhile, and ended up dropping a set of nuts. Whoops. Still, things worked out, I set up rap, and Leah came up on the other end of my rope. Laurel came up next, and the three of us were somewhat crowded up there until I moved off.

With two ropes, the rappel went quickly, and we were back to the car just as proper darkness was settling in.

Thanks Laurel and Leah for making it a very happy weekend! All a Matt needs is climbing partners, and you guys provided.

Right then, on to Baxter's Spire! A week after the Lander fun, Hunter and Suzanne were nice enough to invite me out for a romp above Jenny Lake. We had something of a late start (probably around 11?), but hiked around the lake, up a horse trail, and up a scree field to the start of our four pitch 5.6 climb.

The climb wasn't without its hitches. At one point, Suzanne's rope was pulling her off-route onto an empty face, a fact she couldn't communicate to us due to the wind and length of the pitch. Hunter and I were just staring at a rope that wasn't moving for a long time, and wondering.

The first pitch was a romp through dirty ledges, and the second had one bit of face climbing and clipping old, rusted pitons. Hunter took both of those pitches, and I took over for pitch three, which started right off the bat with a lovely chimney. Hunter wasn't stoked on the chimney, but me? I love chimneys.

After the chimney, the only difficult part was pulling two ropes up the ledgy dirt. I set up an anchor, and brought up Suzanne and Hunter.

Or anyways, I tried to bring them up. Again, they were too far away to communicate, and were running into issues with trying to go up a chimney with backpacks, something none of us had thought about. Meanwhile, I was keeping them as tight as possible on belay, which wasn't helping. It took a bit, but we were all together again for a fourth pitch, which Hunter lead, and Suzanne and I climbed simultaneously. It was a blast "racing" someone up.

As the sun was going down, we started setting up for a rappel. The problem was, there was really nothing to rappel off of. No horns to hook or sling, no bolts left by a kind soul, not a thing. So, Hunter stuck a nut about the size of your thumbnail into a pinch point, put a bail beaner on it, and nominated Suzanne to test it out. We three were going to rappel two hundred feel off of.. nothing, more or less.

Suzanne bounced on the nut a few times, with an actual anchor setup backing her up in case it blew. Things seemed alright? I guess? She rappeled down after a bit of consternation regarding going over the edge, and I followed, also backed up with the anchor. Hunter, however, was left to rap off his nut, and just his nut. Oh, and did I mention he'd forgotten his harness, and so was rocking a custom webbing harness?

I was very glad not to be Hunter.

His descent was awkward and jarring, but he made it down. Now we just had to do a second rappel down a rough scree field, hike down more scree, find the trail, and make our way back to the car.

No problem, apart from the fact that our rope was very, very stuck. It took us half an hour or more to get it down, during which time the sun decided to call it a day. Suzanne and Hunter were without headlamps, and we'd all run out of water a bit ago.

Things... were a bit rough, after that. Downclimbing with full packs and one light isn't the best of times.

We all sighed with relief when we made it back to the trees, but there was no chance we were going to find the horse trail in the dark. So, we set out towards where the Lake should be, and hoped we'd come across a trail. There were many adventures in the small span of time, like going through a bog, sliding down mosscovered rock, shouting with joy to find a small, clean stream to drink from, following the beaten trails where some large animal had been just a little bit before, and so on. Eventually, we found the trail, and life was good.

As we walked around Jenny Lake, I looked to the North and saw the most stunning harvest moon of my life, full and reflecting off the calm lake waters. My camera, sadly, was buried under four hundred feet of climbing rope in my pack, and I was hardly about to take it off for a photo. Sorry that you don't get to see it, but I'll certainly treasure the memory.

We pulled into town, were pulled over for a dead headlight (got off with a warning), and made it to Thai Me Up at 11:58, two minutes before the kitchen closes.