I had many mailings waiting for me at two of my Wyoming domiciles (Ken's place, parent's place!). In particular, I was excited to get my first ever set of prints. 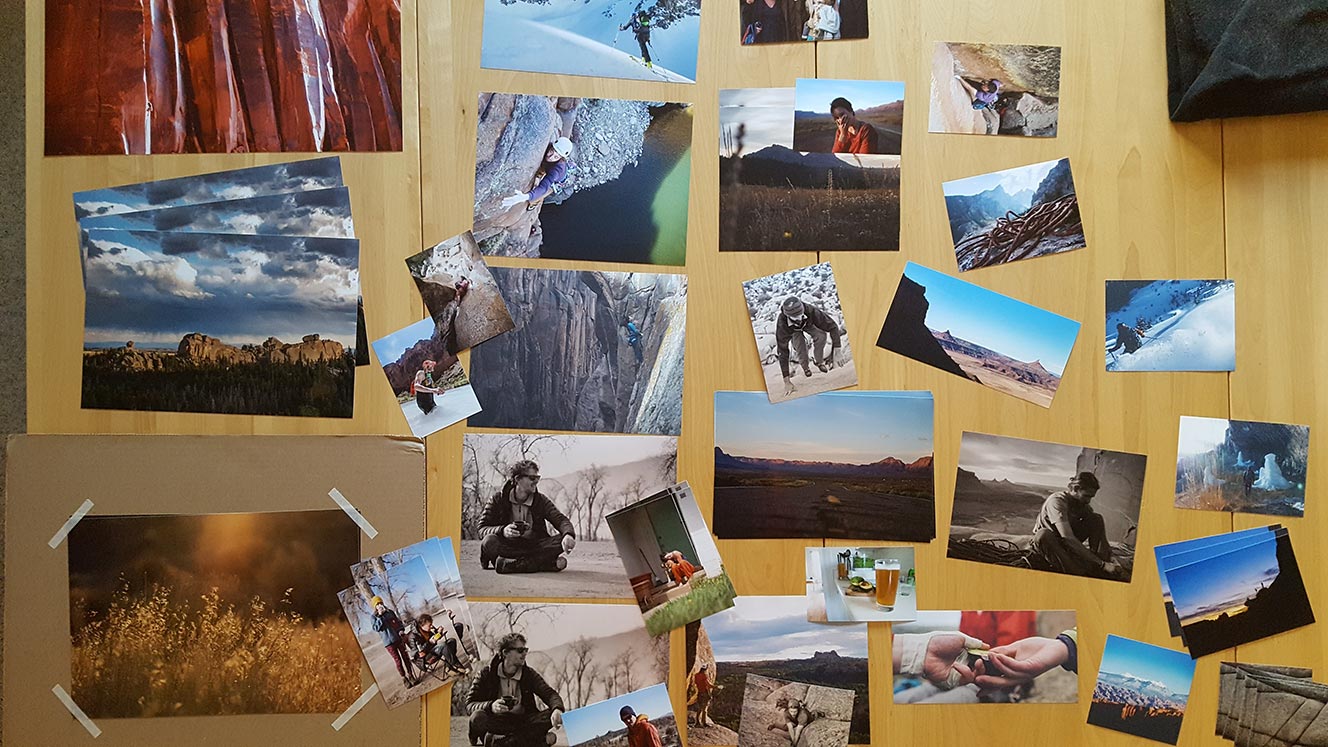 Over the next month they all were mailed out and passed off to their subjects and interested parties.

I thought nothing sounded cooler than spending the spring in the desert to escape the snow, then coming back to the mountains and skiing in June. It was Maciej's idea, but I was in.

... then it rained the entire drive past Centennial. The writing was on the walls, but we didn't stop until the top, where the Snowy Range was hidden in mist and rain. 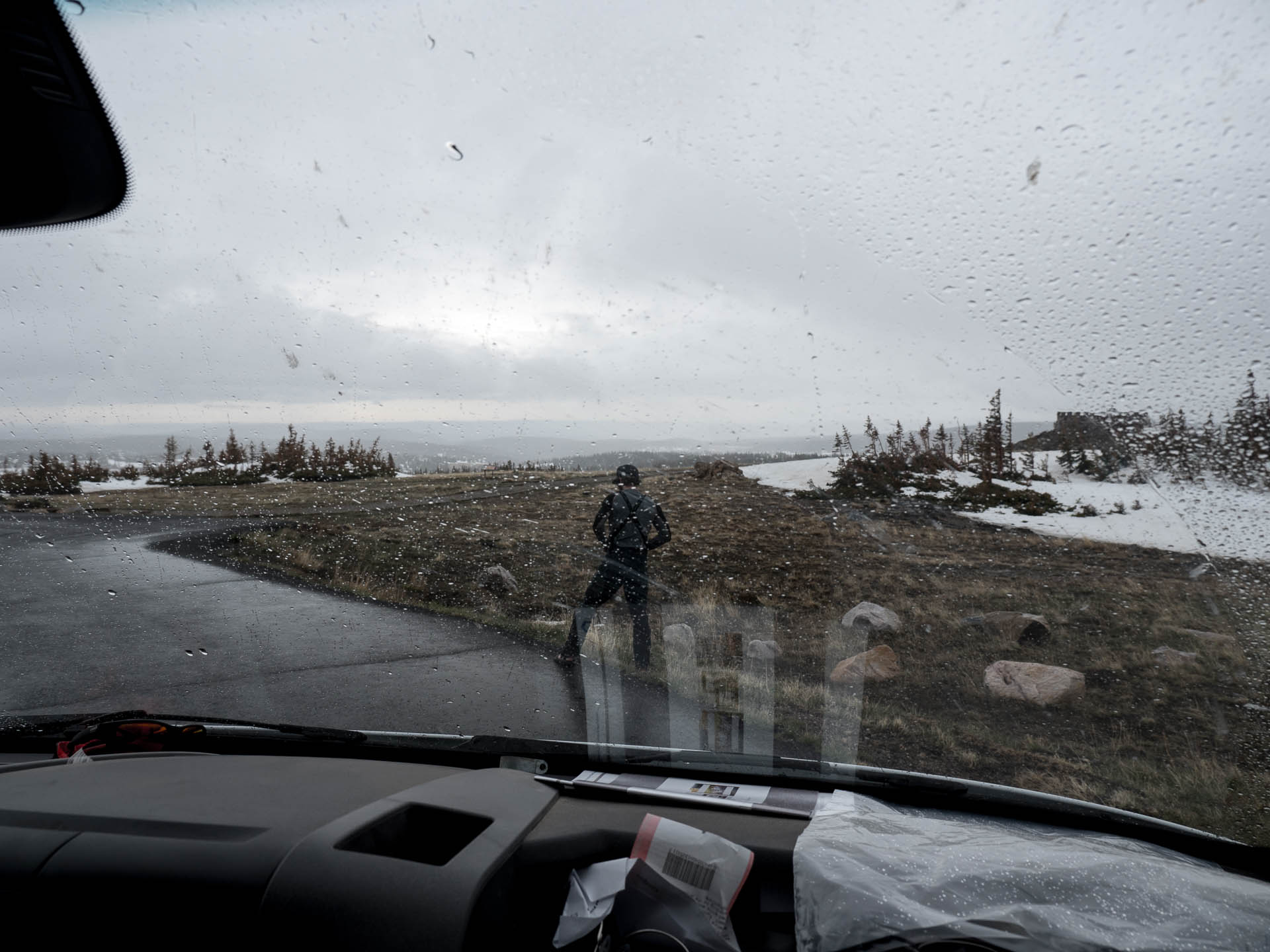 Maciej adds his own moisture to the air

The morning was hardly a bust though. An hour or two in the car catching up with an old friend doesn't lose anything to bad weather. 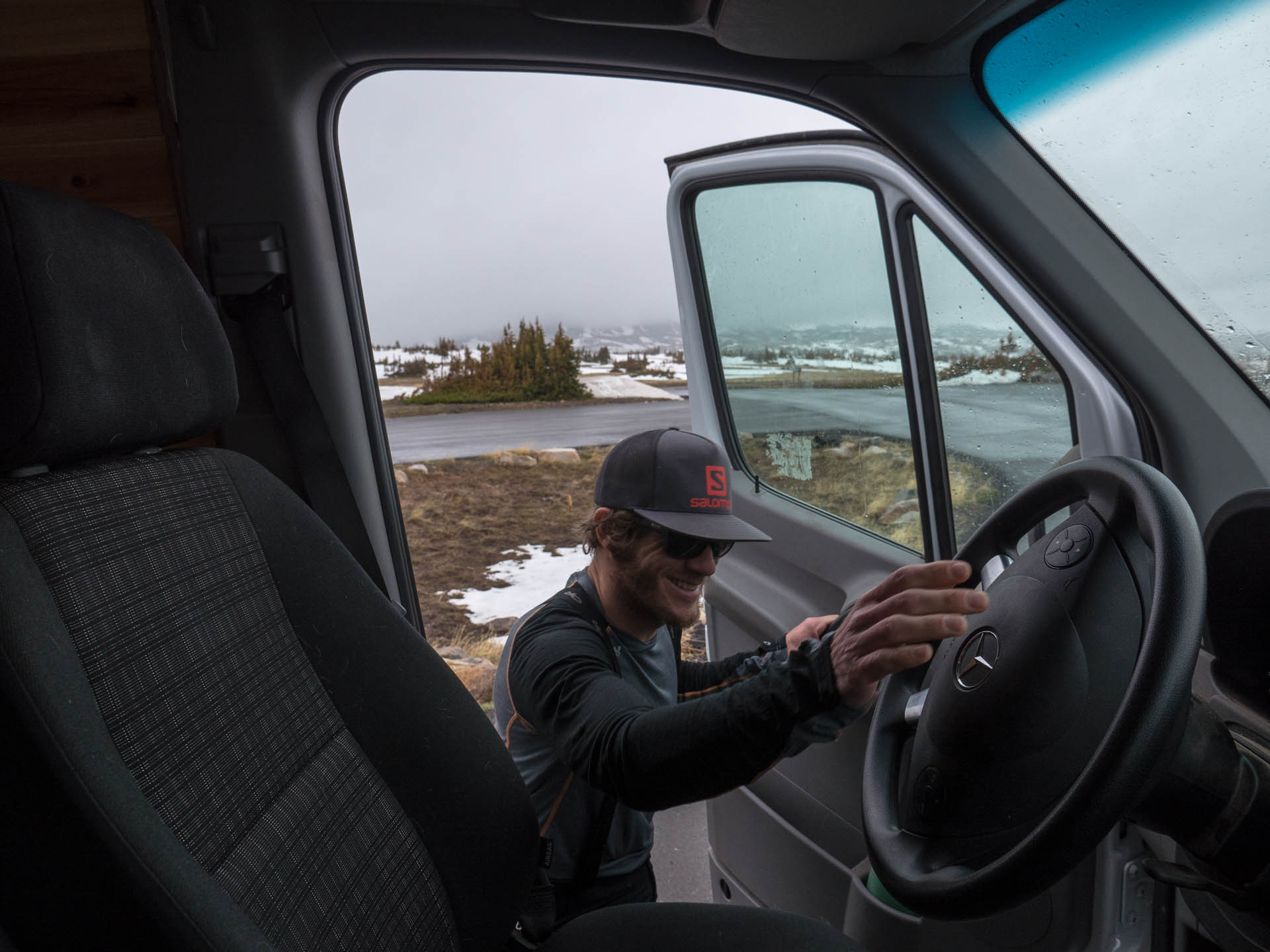 Skiing wasn't my only event planned that day. In the afternoon, Stebbins and I met up to do a LeValley workout at the Voo.

(disclaimer: neither of us are runners)

Jenn Hess asked for volunteers to shoot the ladies only weekend bike camp she was putting on. Rob and I answered the call.

The camp was super neat and fun to see. Lots of women made huge strides and rode obstacles they never thought they'd be able to do.

But it was also uncomfortable being there as one of two men, both of us walking around with giant cameras like the personifications of the eye of the patriarchy. The desire to be as unobtrusive as possible so as to get natural shots of comfortable people was further magnified by self-awareness of being a male intruder. There was the added bonus of no one quite announcing that we were there in an official, volunteer capacity. Hah.

So it was up to Rob and I to introduce ourselves to people we were shooting and make sure they were comfortable. There were a very few attendees who made it clear through verbal or body language that they didn't like having us around, but for the most part people were friendly and empathetic, especially as we got word around that we were two volunteers who'd given up their weekend (and then some), rather than guys looking to make money. 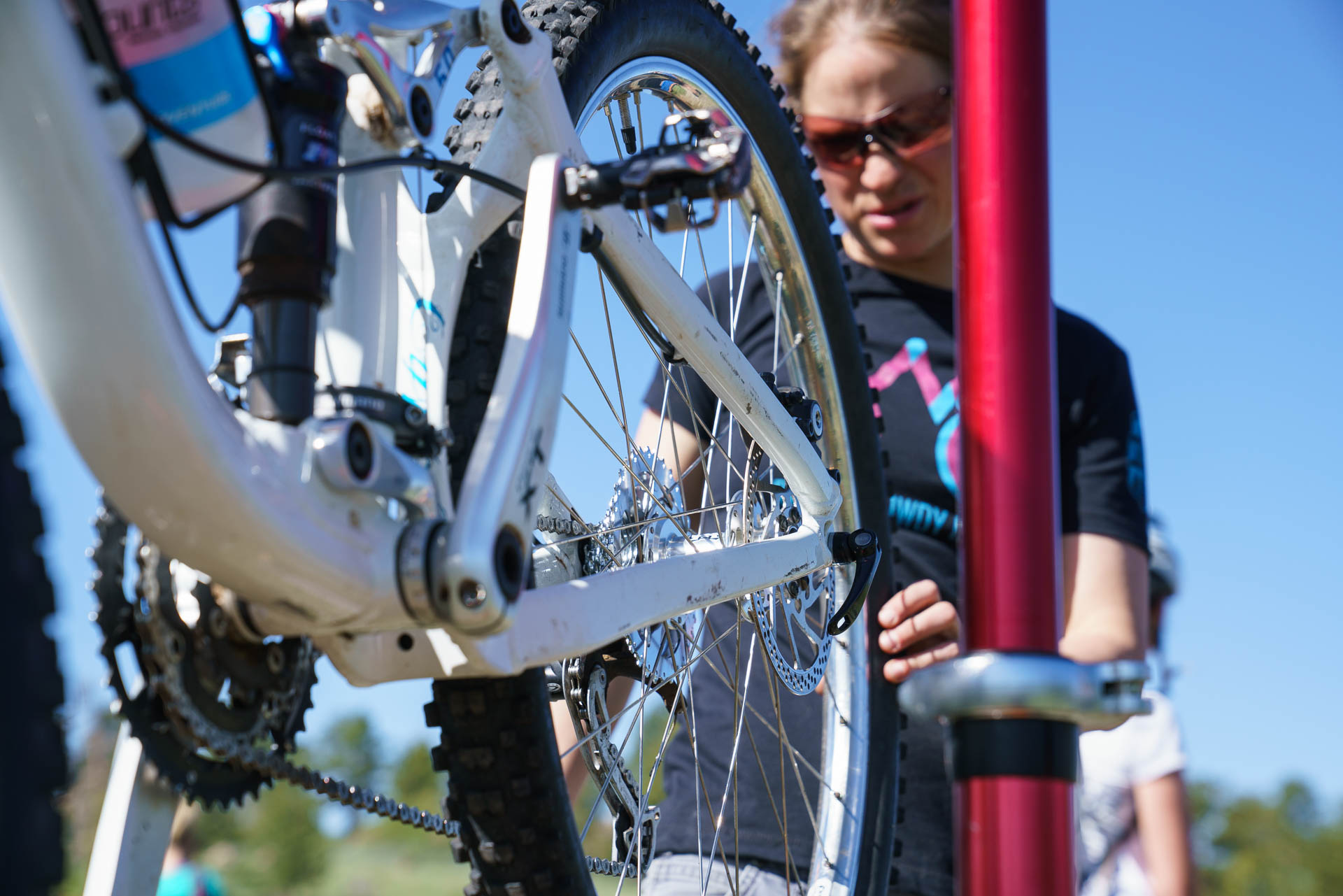 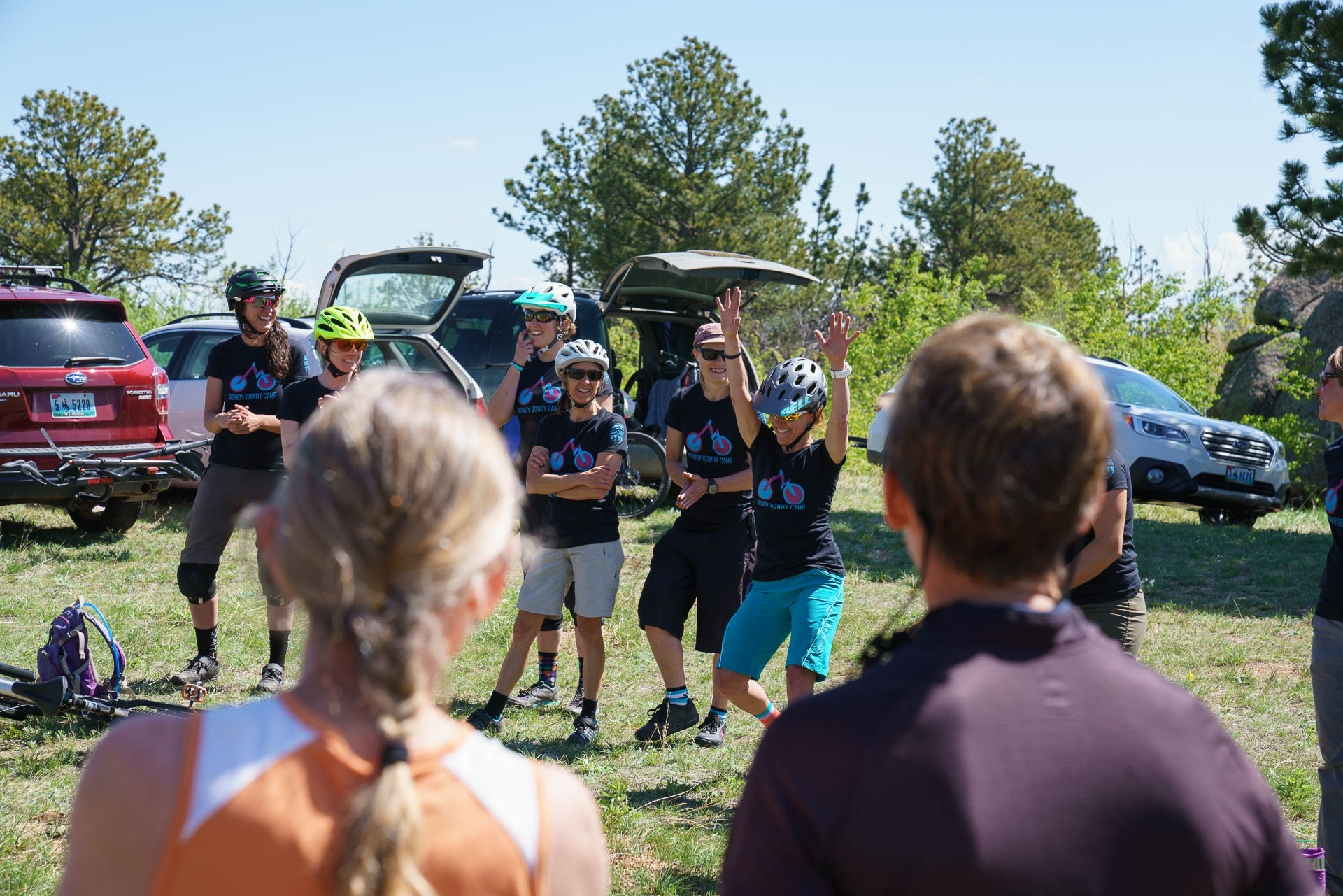 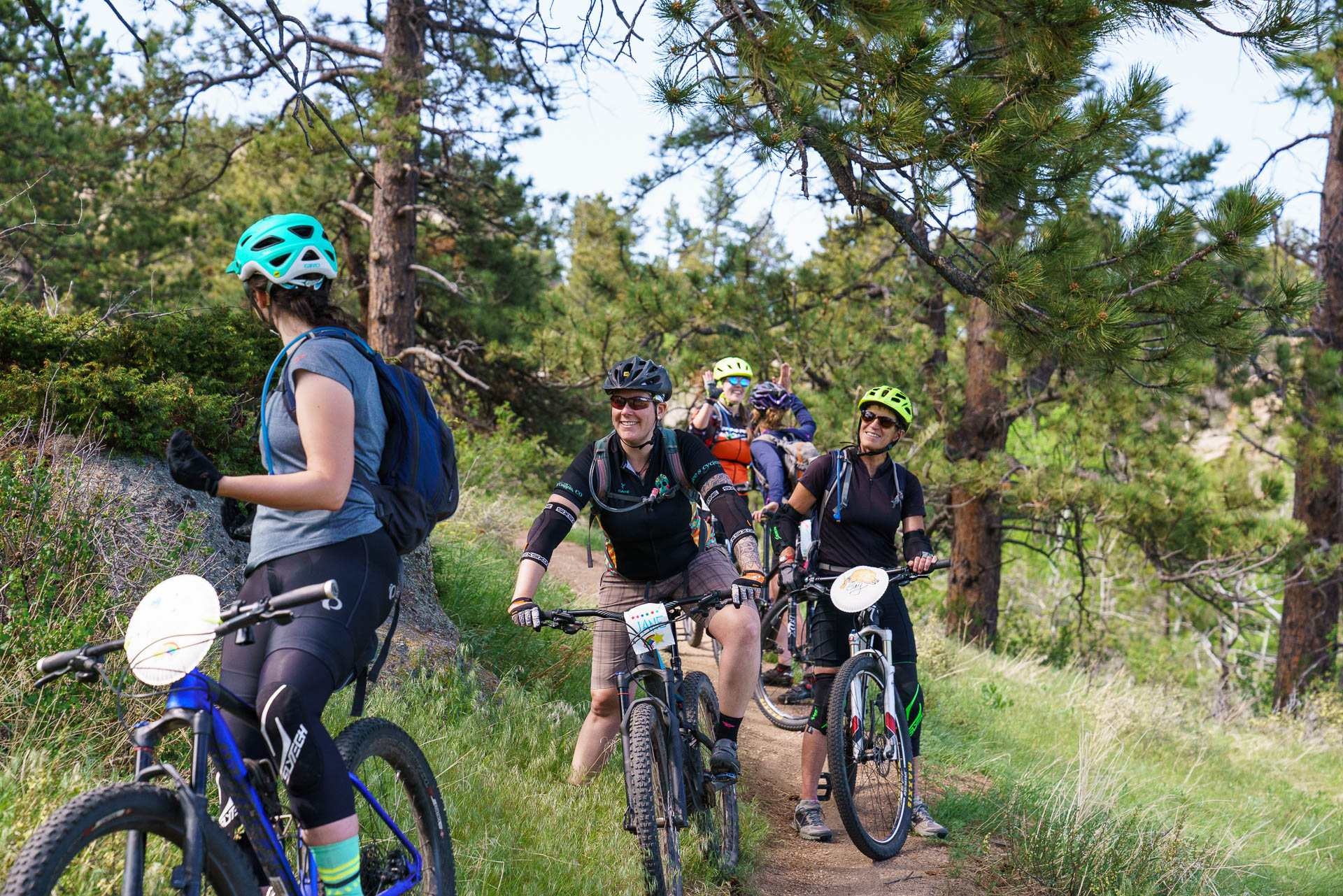 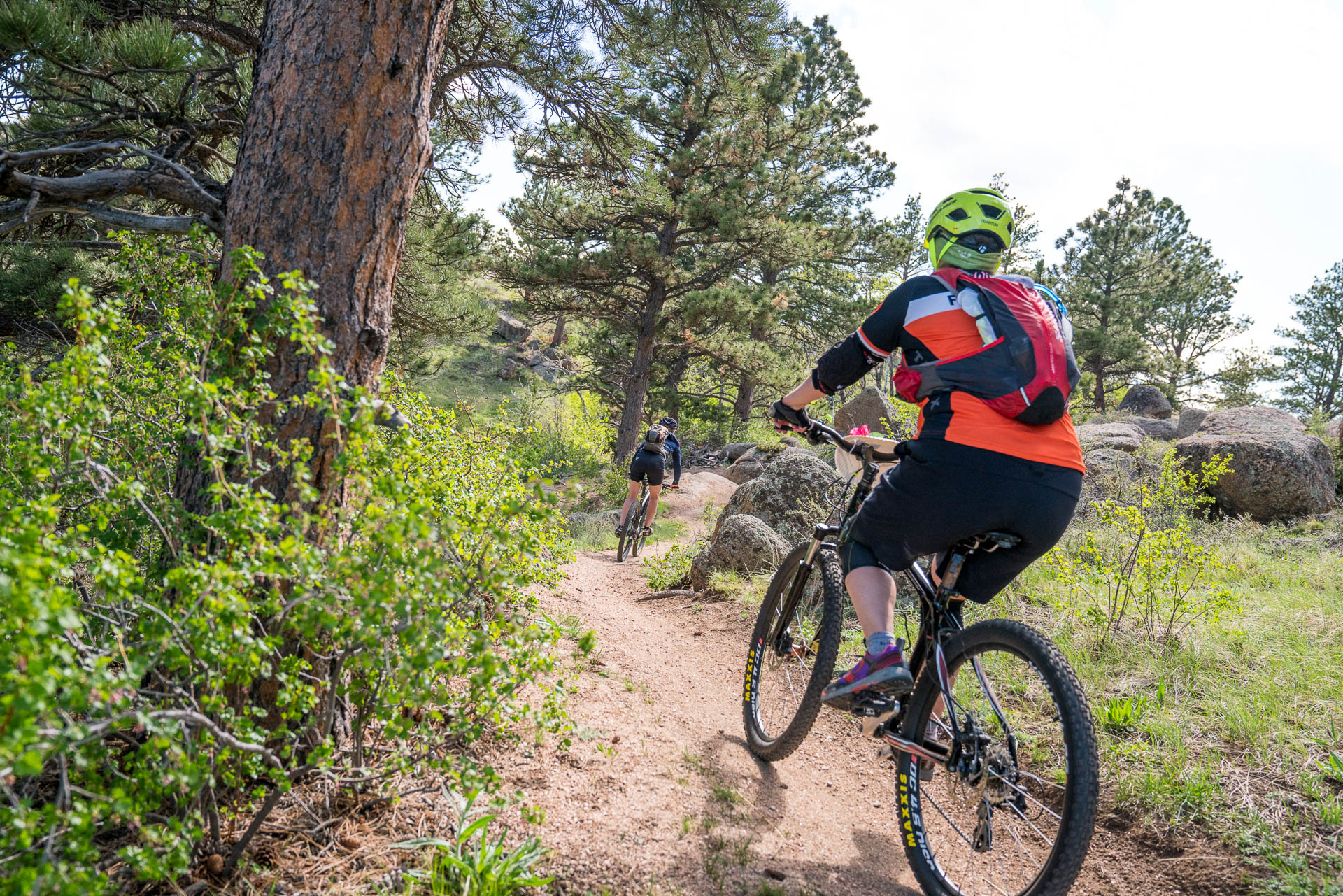 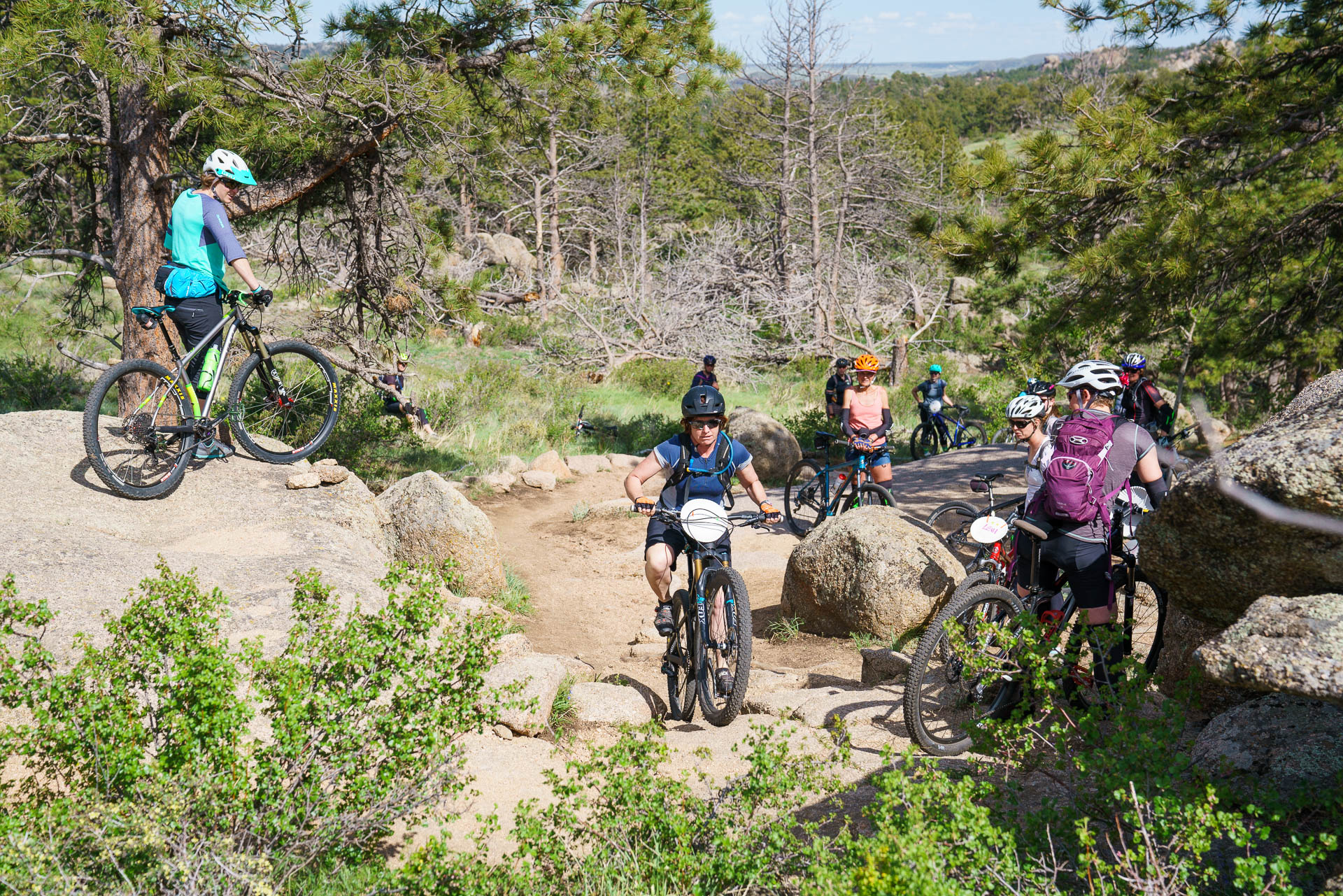 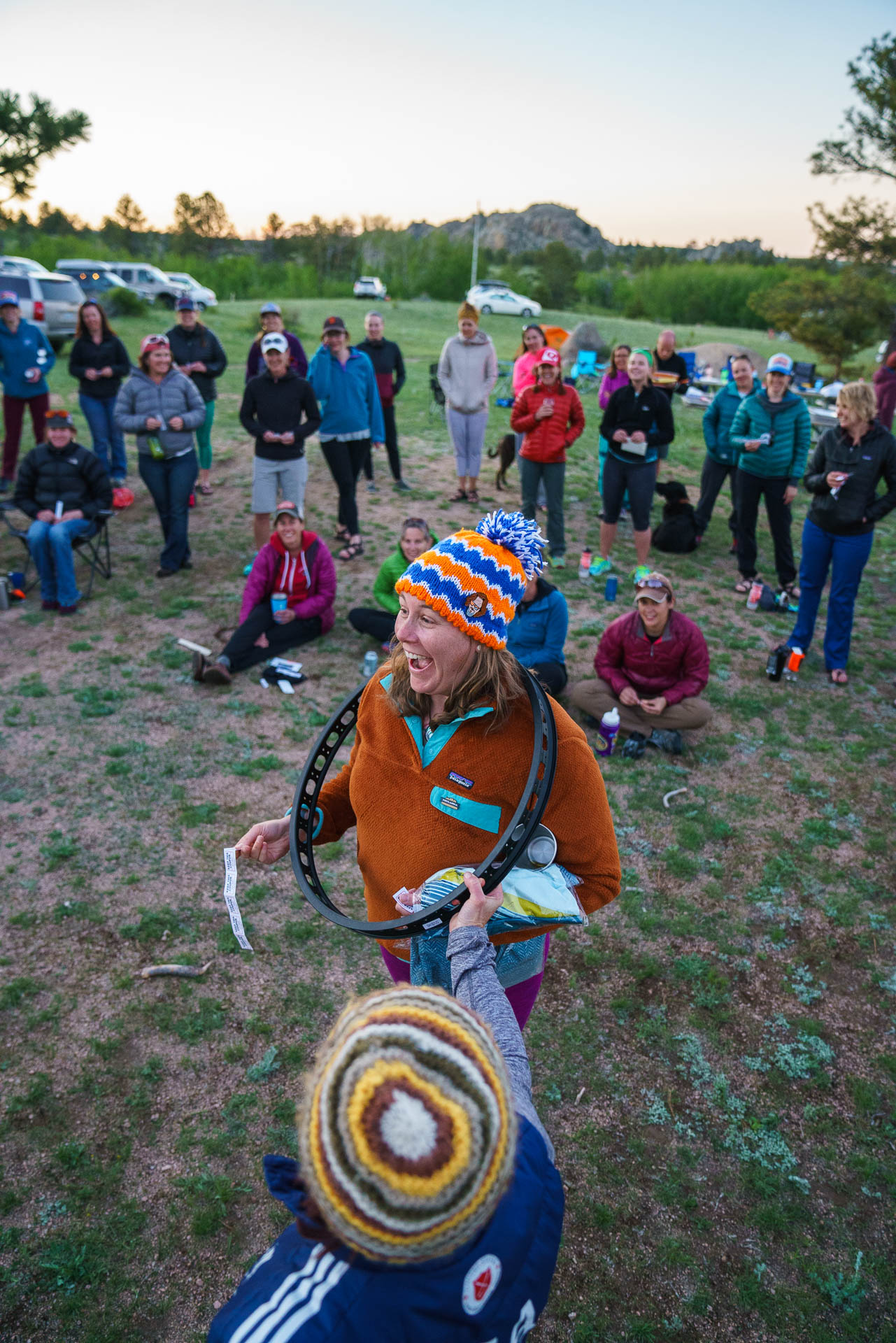 I slept out at the Voo every now and then. Shane, returned from his long exile across the great waters, was my companion up yonder. Shaleas too slept under the Voo stars. 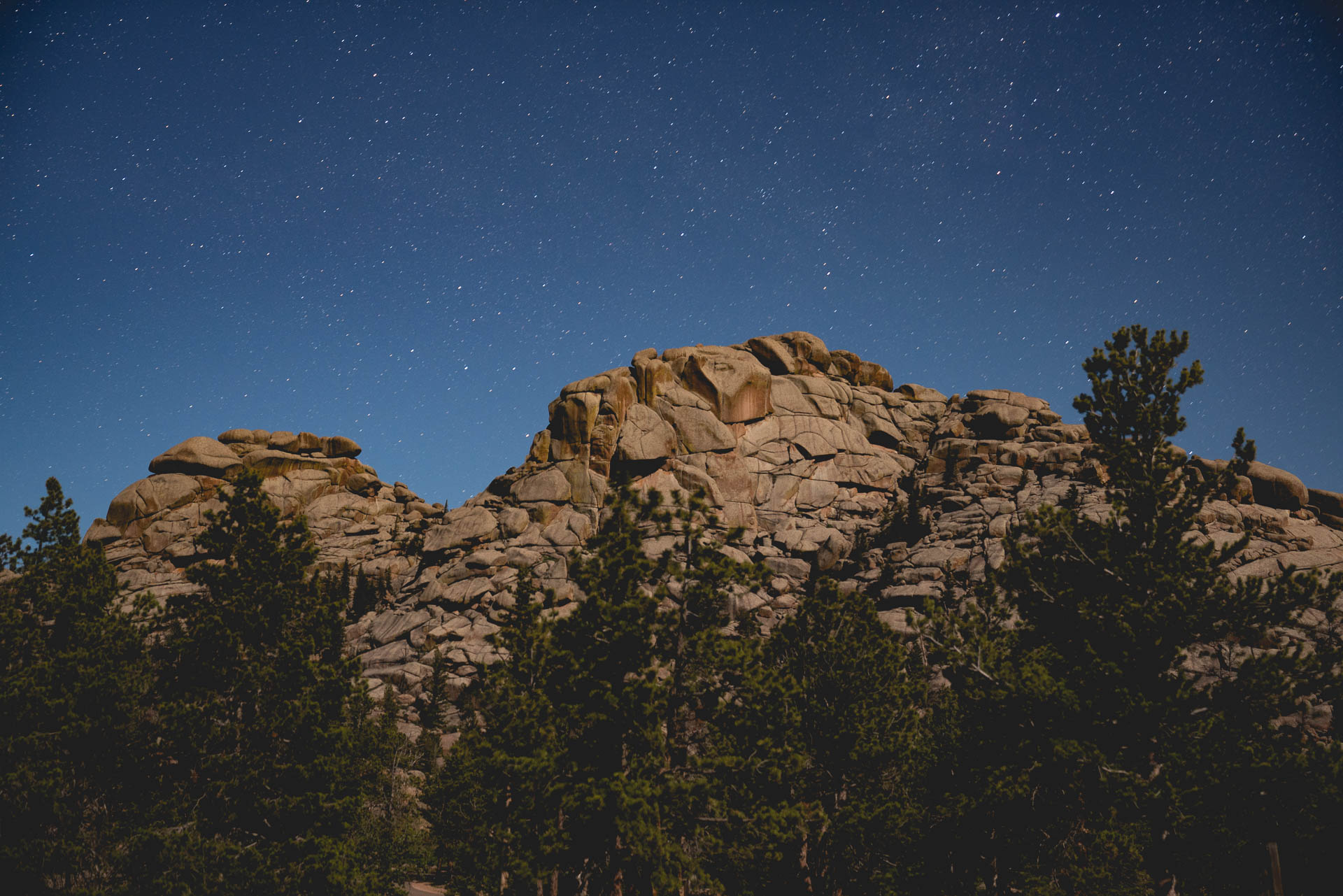 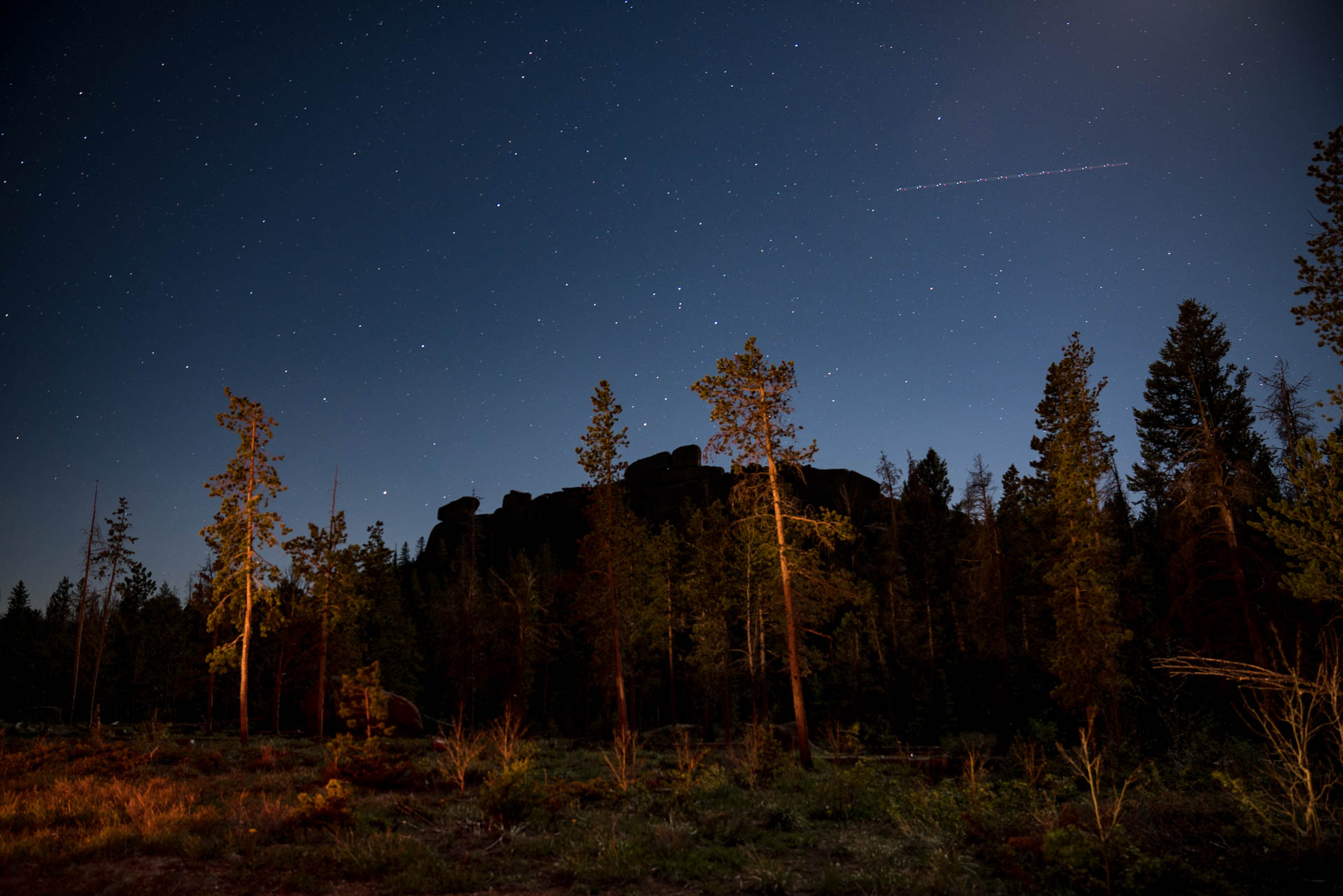 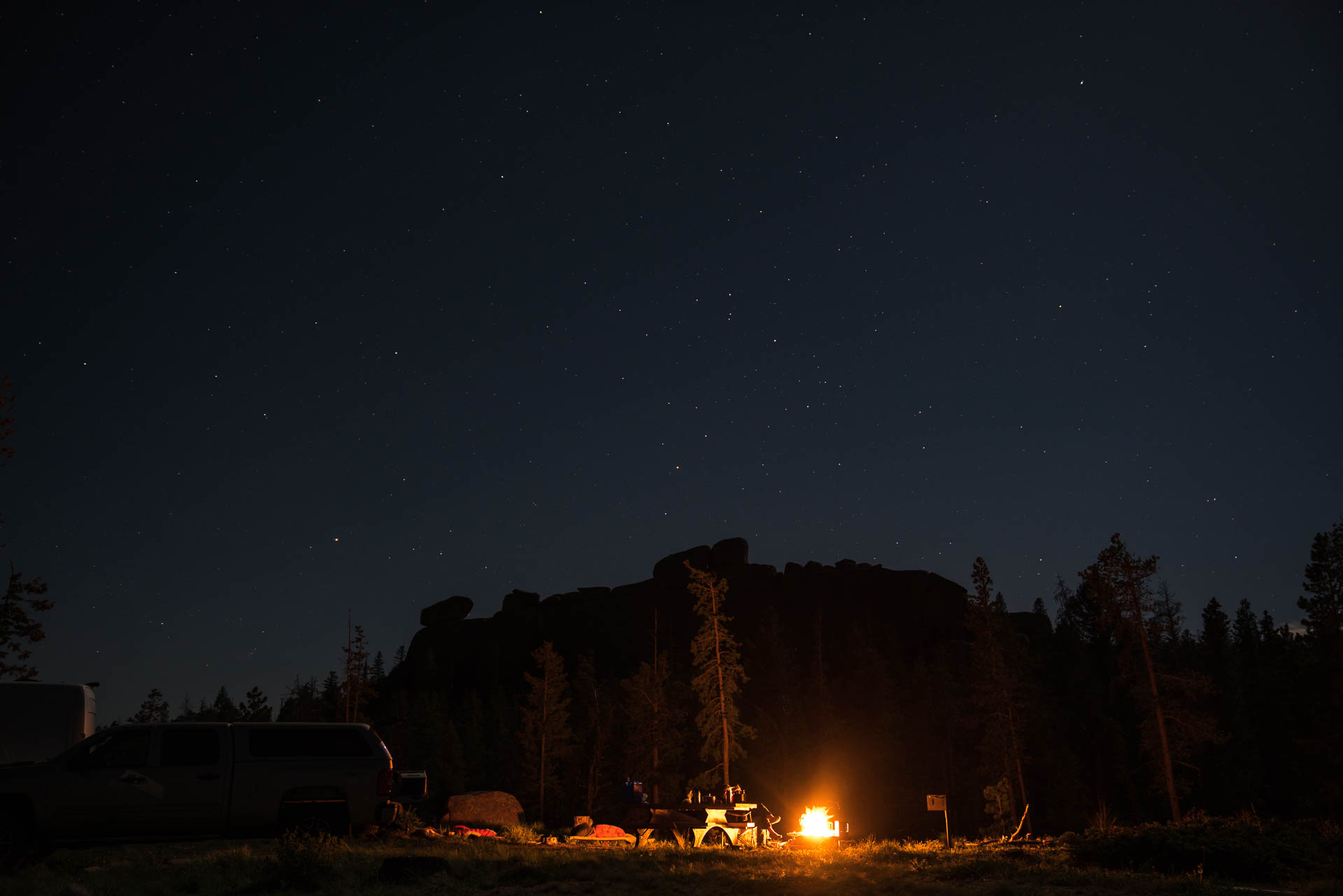 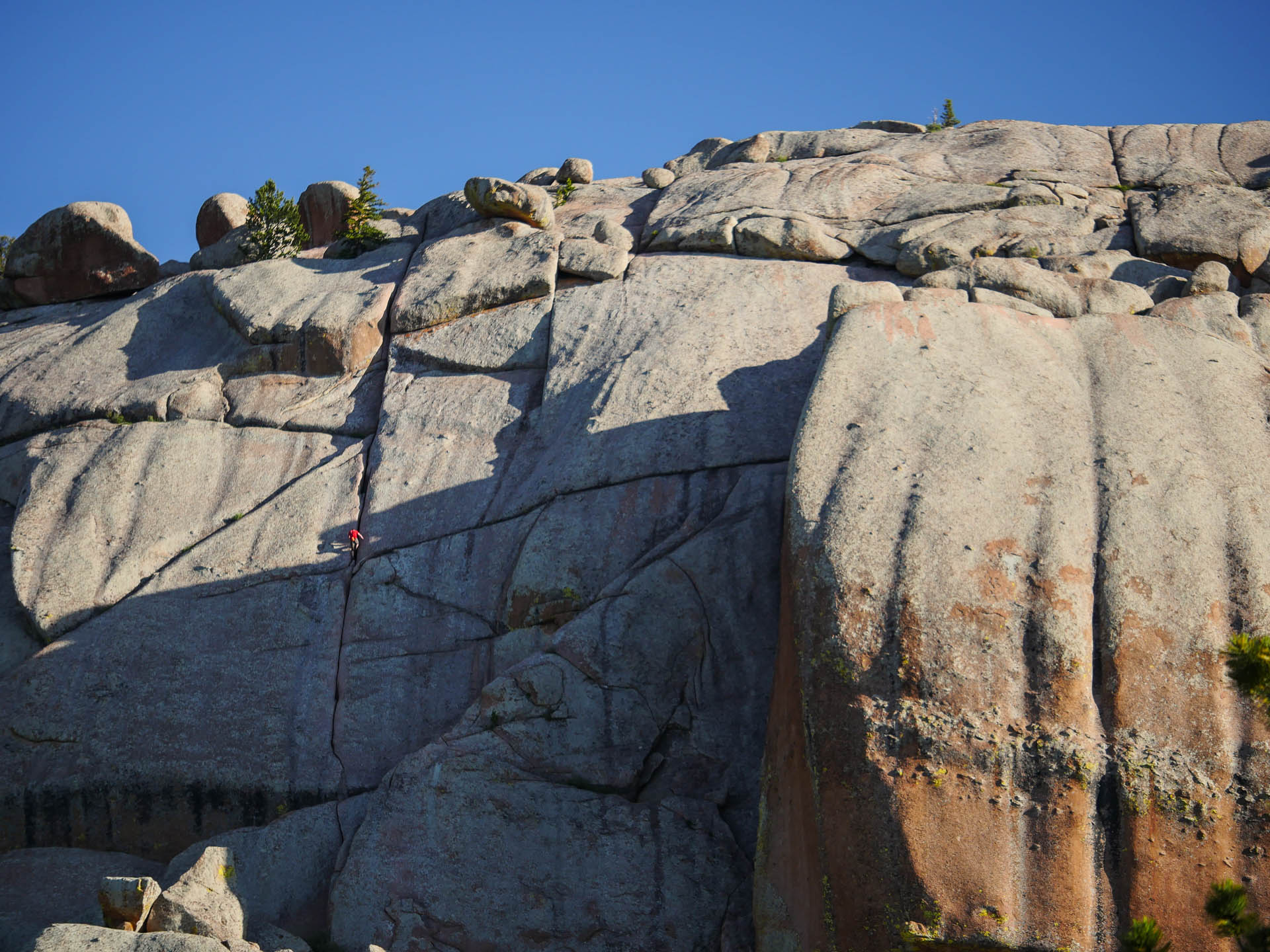 Cameron, Ken and I met up at the top of the pass to go climbing one afternoon only to get shut down hard by the weather.

So, we opted to make media for Stebbins and Ken's forthcoming rap release.

Not to mention engagement. 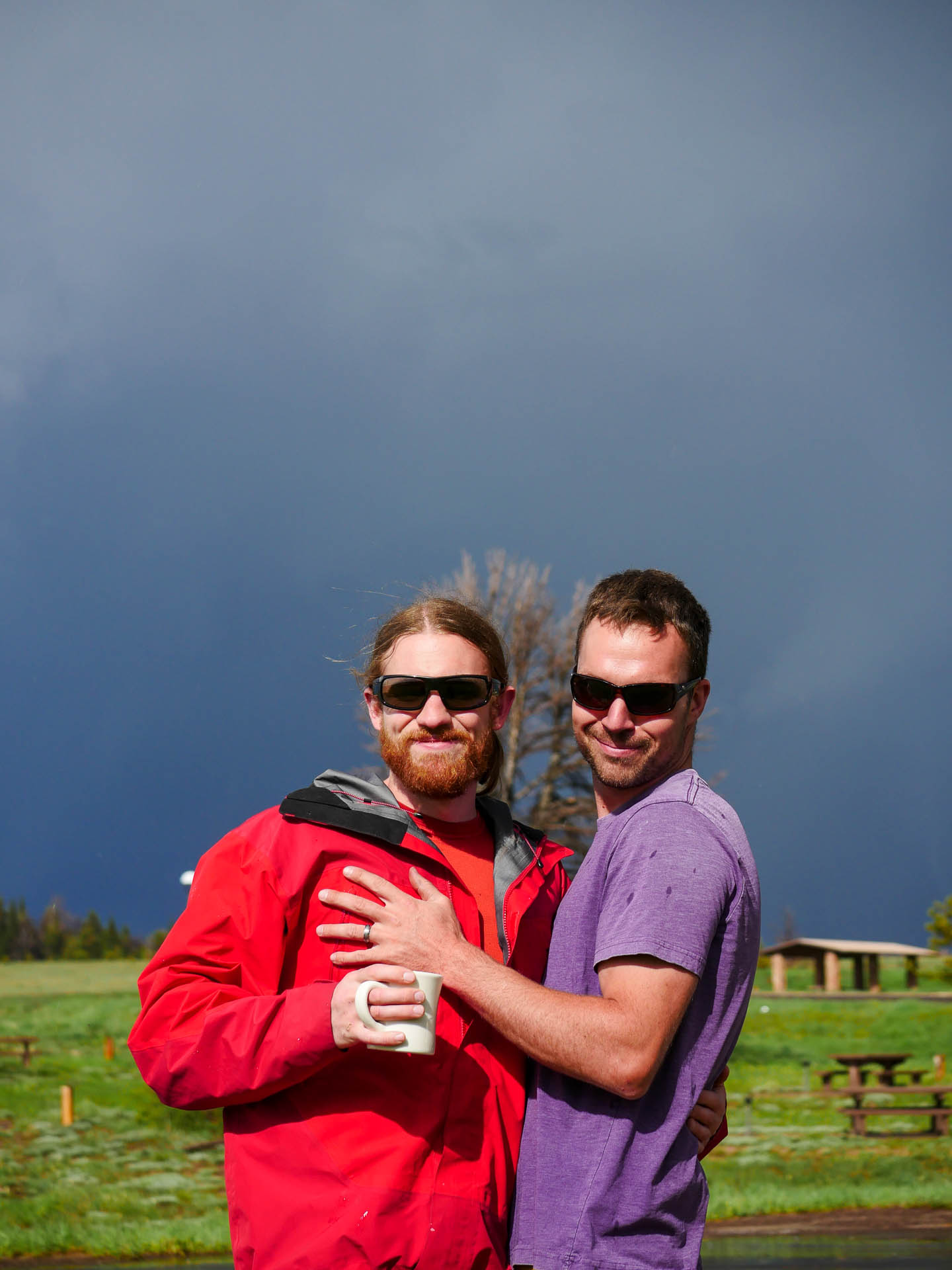 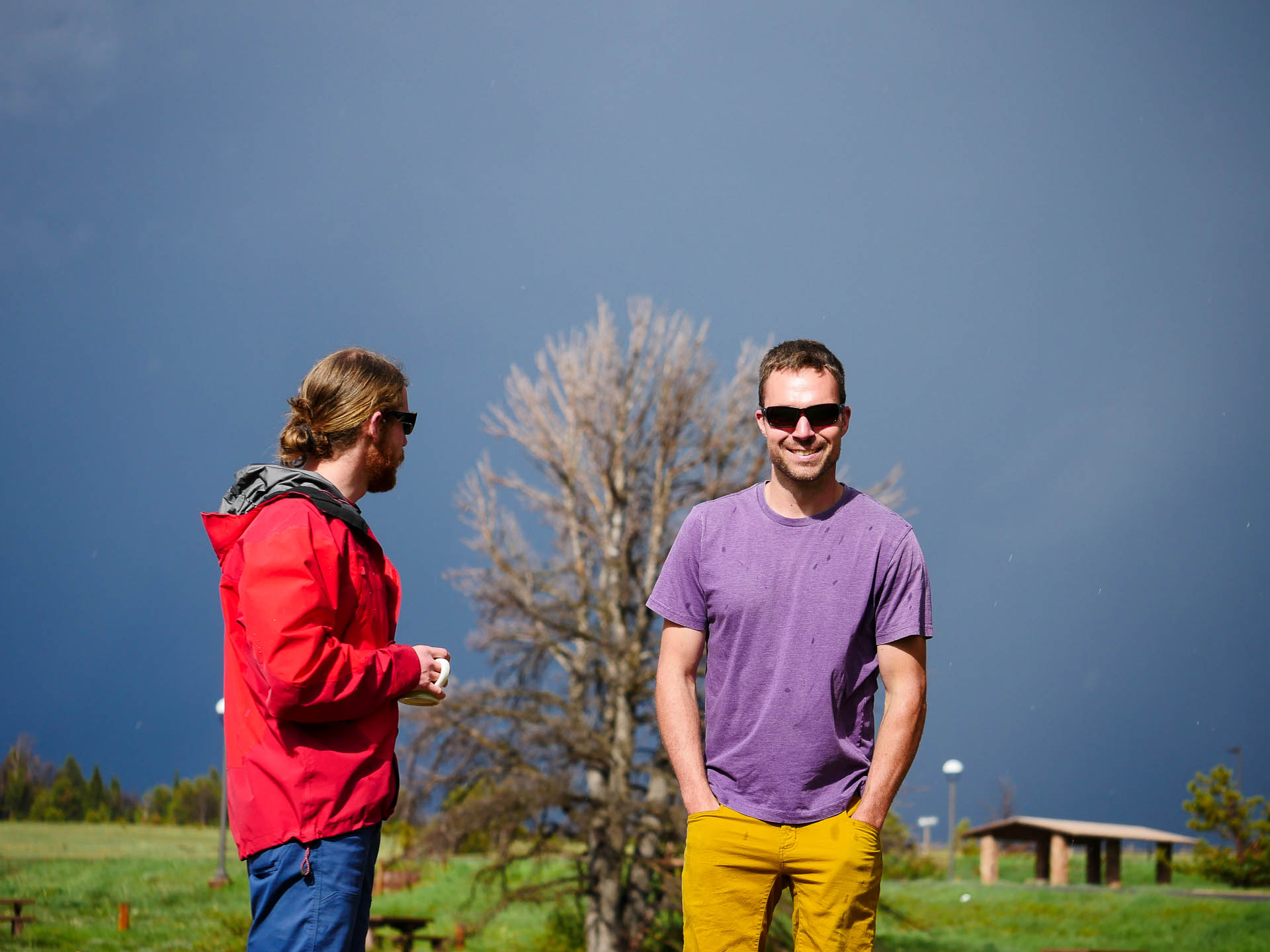 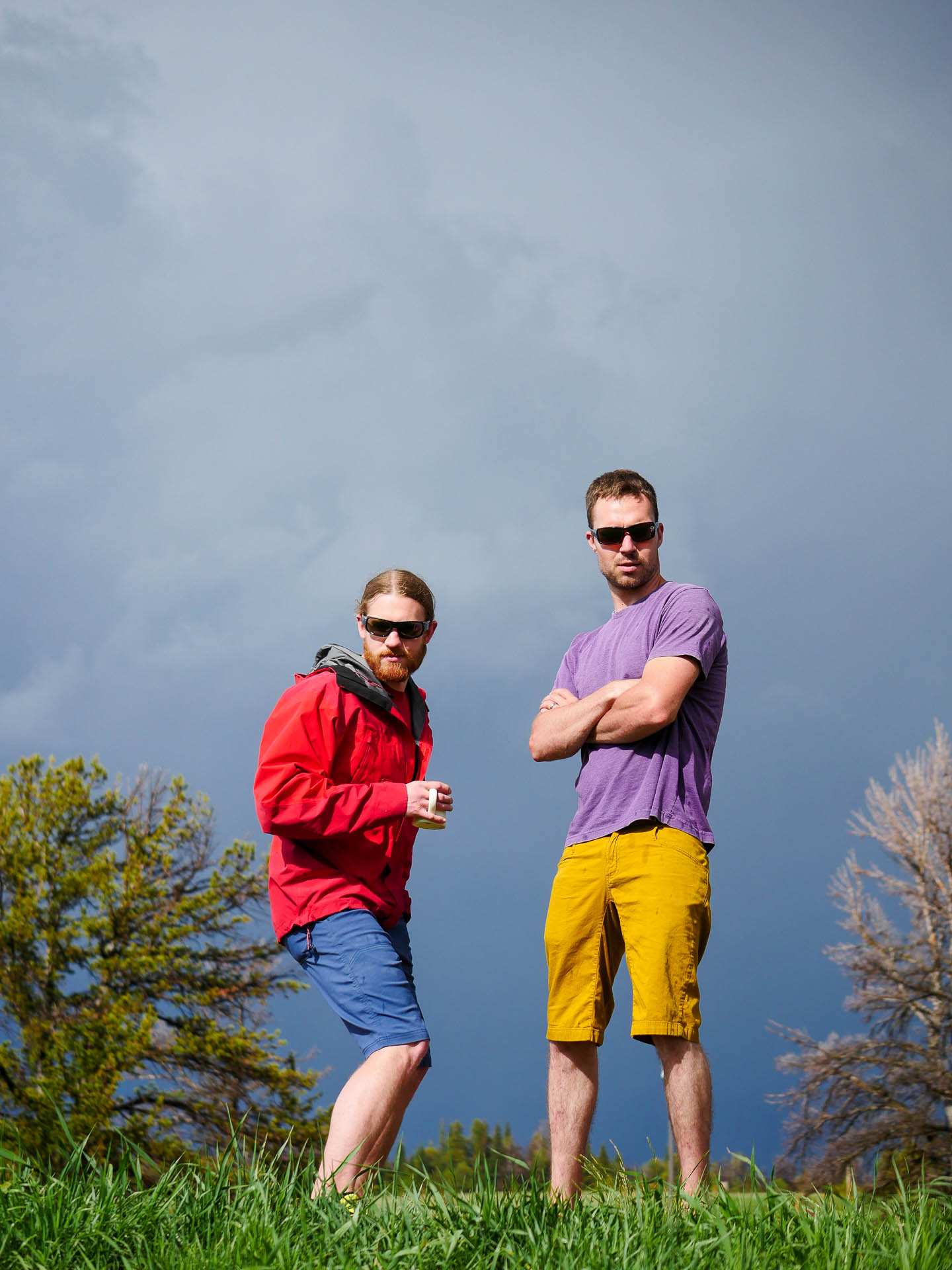 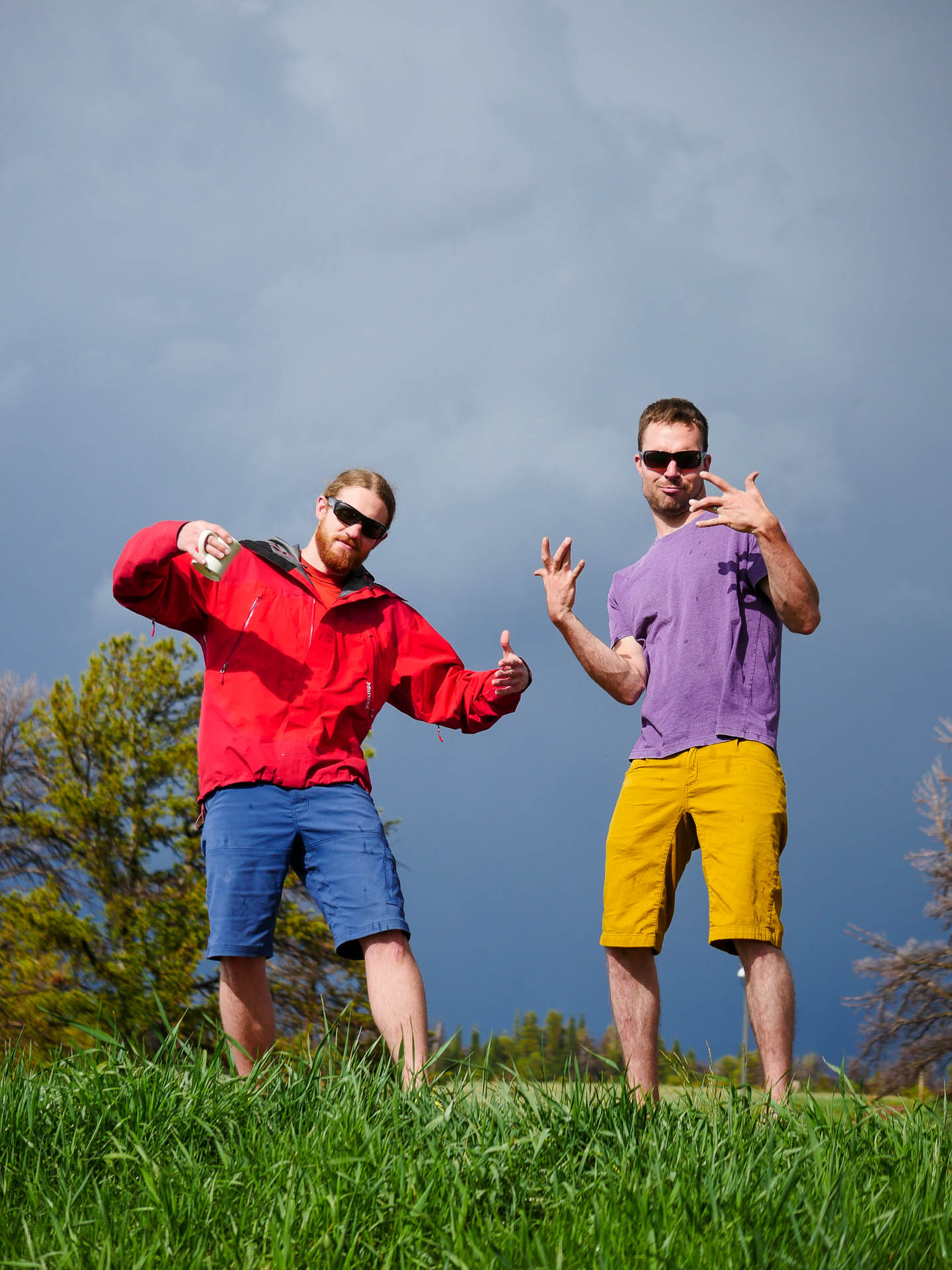 At the end of my Laramie times, Ken and I took the small one and three ladies new to the sport out climbing at the Beehive! Quite good. 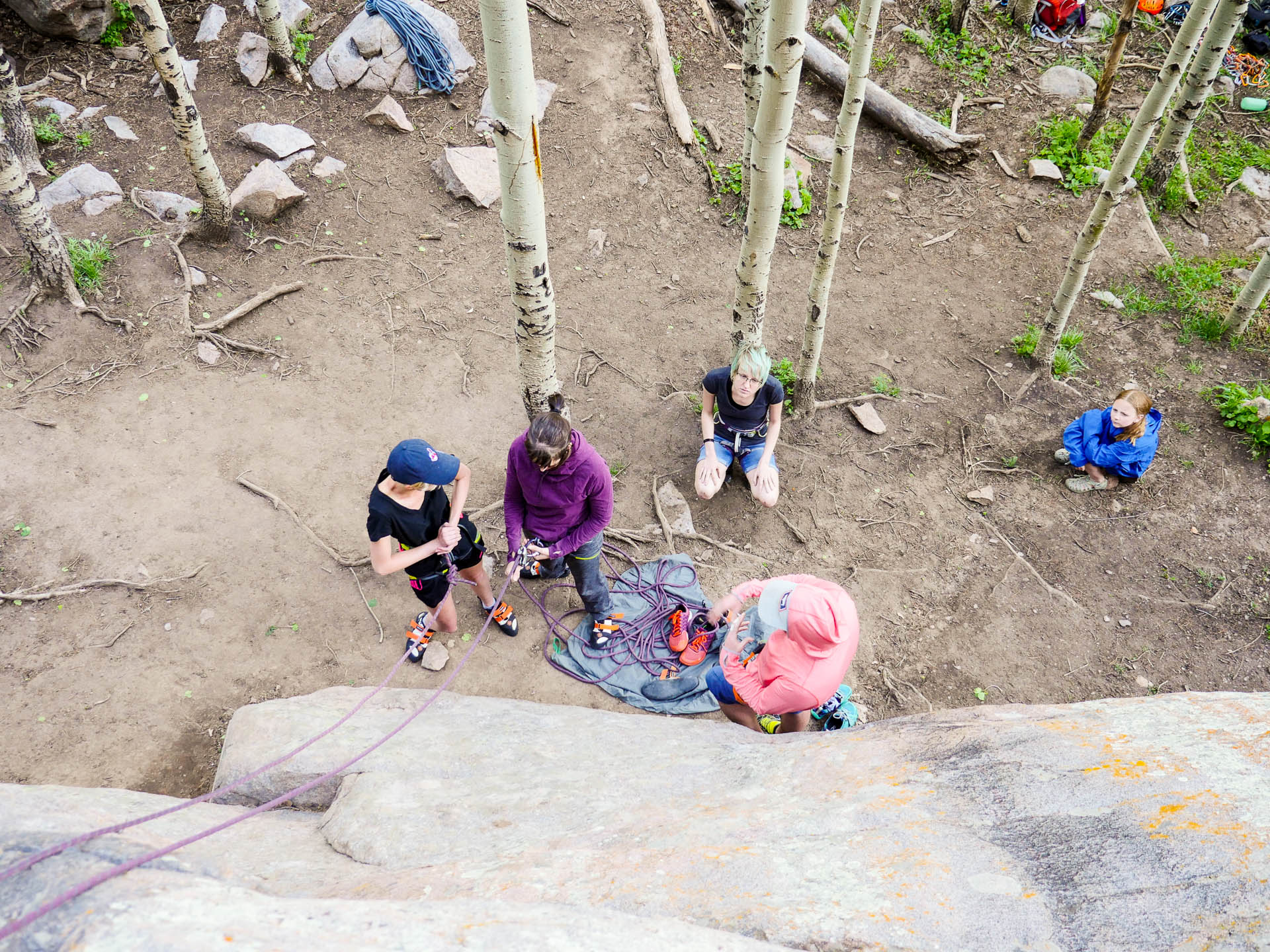 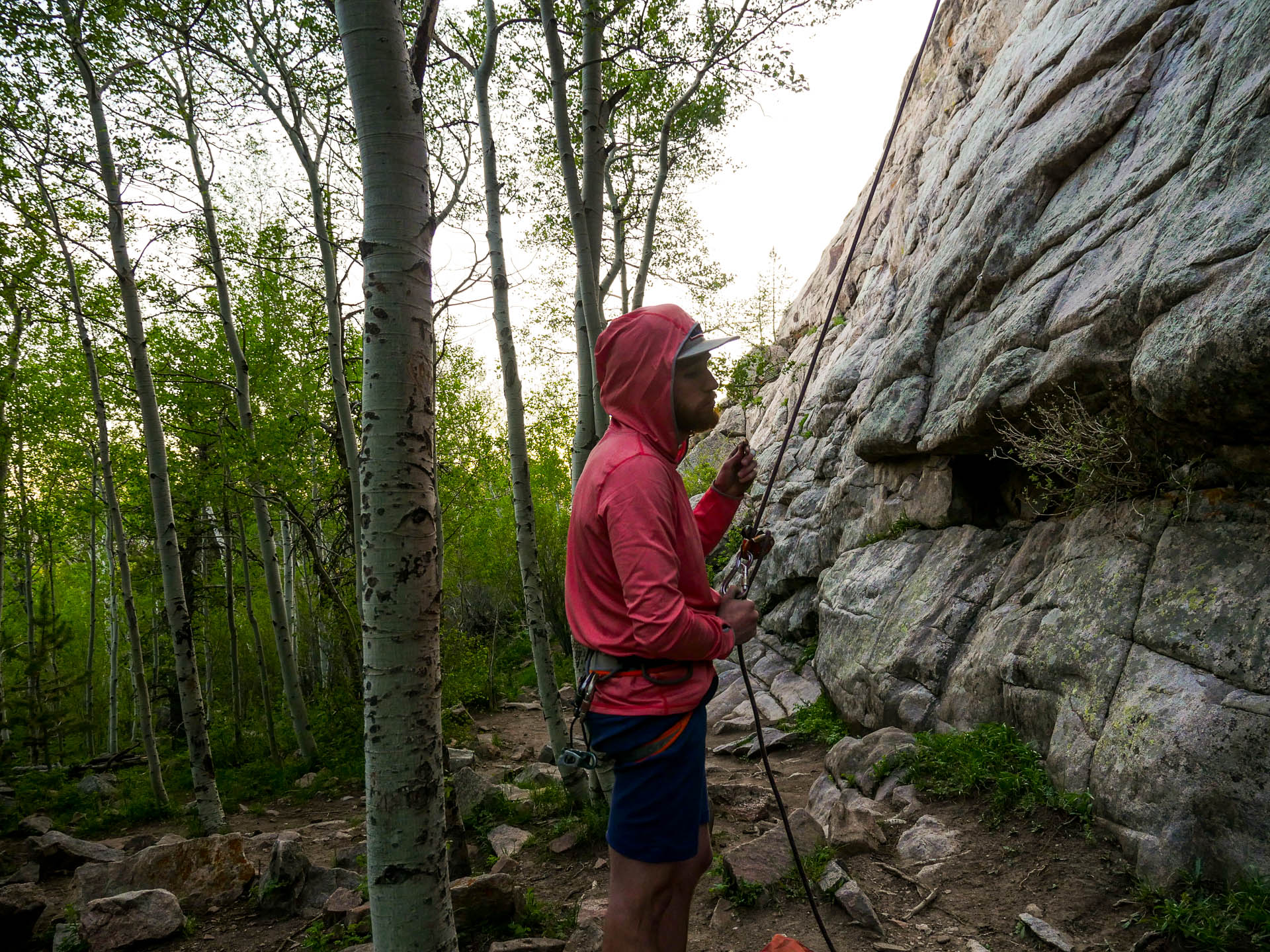 My next stop was Ten Sleep, for a long overdue reunion with the Trubroseph.