A tale in two parts.

Chris and I spent the weekend exploring limestone in the wind and sun around Lander.

We camped out at Wild Iris Friday night, and Saturday morning went over to the main wall. The wind was blowing and blowing hard, but we got our fun in.

We did Indian Country (10b) to warm up over at Five Ten Wall, a route I've seen a lot of. From there we went down to Rode Hard Wall, were we did Easy Ridin' (10d) and Nine Horse Johnson (11c), which is probably my hardest lead to date.

My old buddy Sylvia happened to walk by while I was leading Johnson, and recommended we follow up with The Devil Wears Spurs (10d). We did, and I climbed like an ass. My excuse? Wiiinnndy. I nearly was blown off pockets at one point.

Saturday ended back at OK Corral, where Chris put up Tribal War (11b+). It seemed far harder than Johnson or Boys of Brazil (my two 11Cs). I TR'd it and called it a day.

I'm apparently the sort of climber that warms up on Elmo's Fish (10d) now, which you can read about in many places on this blog. I hemmed-and-hawed at the ledge up through the crux, but once I got moving I didn't stop. Bring on the pump.

We then knocked out the neighboring Harvest Moon (11a). I wanted to say I onsighted it (and had a great time!!!), but as it turns out, I did it on TR a year ago. Meh, that's far enough back that I'm going to call it an onsight anyways.

We left behind Harvest Moon Wall and walked a bit down to addiction. I put up Corner Drug (11a), a classic pocket puller with a finicky low crux and pumpy pockets through the top. I hung twice putting it up.

I then watched Chris do Drug Enemy, an 11d/12a that links the first three bolts of Corner Drug with the finish to Public Enemy (12c).

After being impressed by Chris, with our daylight fading and clouds over the Winds promising a flurry of snow, I got back on Corner Drug and got the redpoint, no problem. This was the second time Chris had told me to leave my draws and give it a second go - I'm really enjoying that way of climbing.

We finished our day with Soul Finger (11a), which I had last touched while climbing with Lindsey and bailed when I couldn't figure out the beta. I went back up it, and have never had my legs feel more pumped. Oi vey, the stemming! 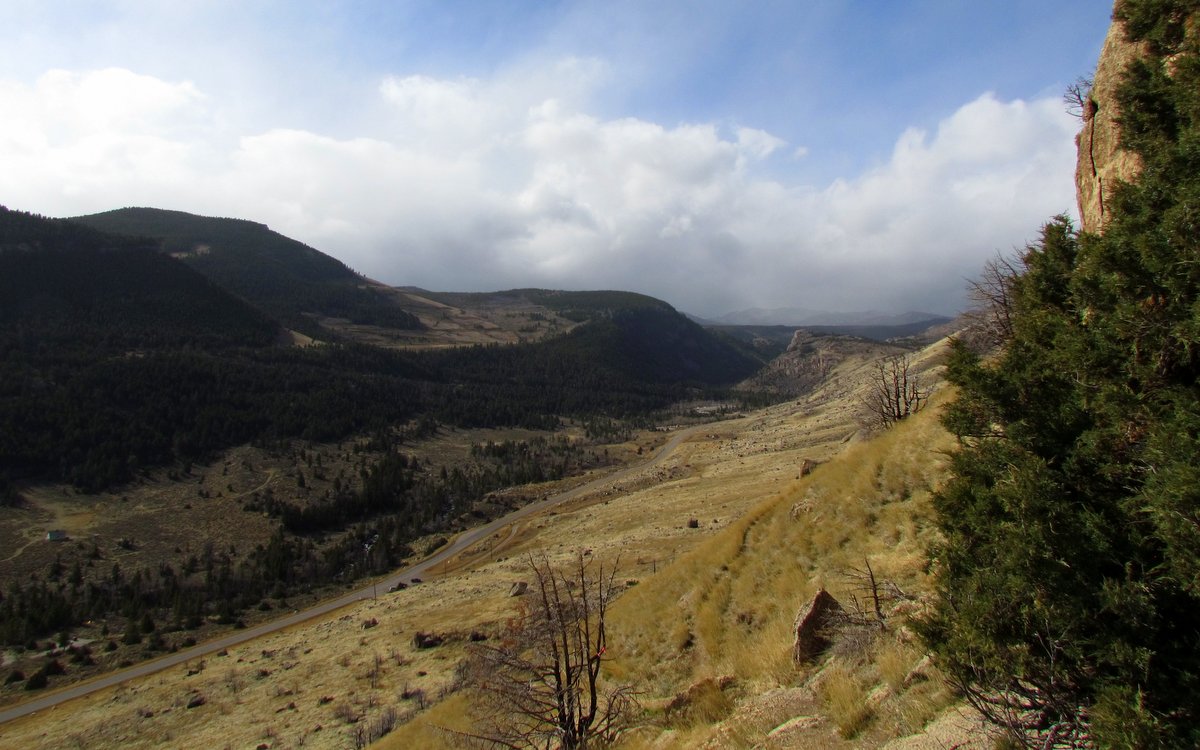 Sunday ended at two due to weather; Chris and I shared beers, then went our ways: he North, I South.