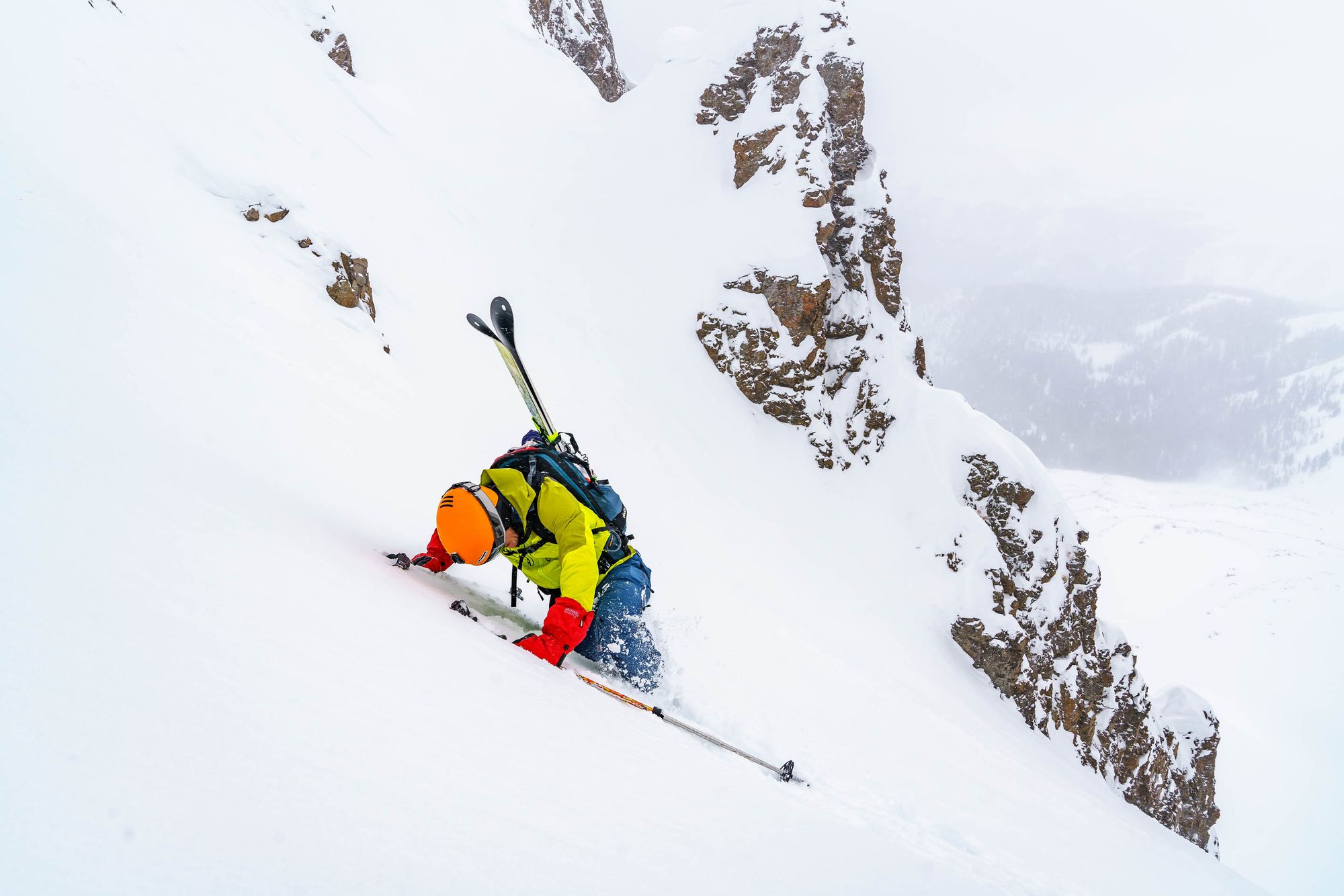 I think it was my love of how the crags make me feel small that pushed me towards them, even knowing that they could not be in this early in the season.

The air was still in the trees, and though snow was lightly falling I was comfortable in just a t-shirt. The crags were intermittently visible on the horizon between surges in the storm. I added layers after we stepped out of the shelter of the woods, where the snow fell more heavily and the wind pulled more strongly.

We began breaking trail up the first knoll to the base of the crags.

Our suspicions re: conditions seemed correct as we gained view of the Three Sisters. Not ones to deny ourselves a view, we went further in to scope other runs.

And closer - and dug a snow pit.

Maciej's tests revealed a mildly unstable top layer that broke unevenly and didn't threaten us with much more than perhaps top slough.

We decided to give it a go.

Maciej had done most of the trail breaking and kept it up with starting the booter. Once I swapped in though, I did my best to make up for my prior sloth. Something about kicking in those steps and punching handholds like I'm boxing the mountain just gets me fired up.

Our old friend The Wind greeted us at the col. I made Maciej wait in the cold as I deleted a bunch of photos to make room on the memory card for shots of our descent, then I took the first shot.

Neither of us sent the choke, and both experienced a bit of vertigo in the whiteout

Feeling sapped, we called it good with one-and-done. The knoll skied the best either of us have ever felt it, and Longest - though a bit skied out - went brilliantly.

Couldn't've asked for a better January day in Cameron.