When Megan needed a ride to Phoenix to catch a flight, I took it as an opportunity to go check out somewhere new: Mt. Lemmon over in Tucson. Hading there, I slept in the desert somewhere between Tucson and Phoenix and woke up early to a pale full moon in a sunrise-pastels sky. 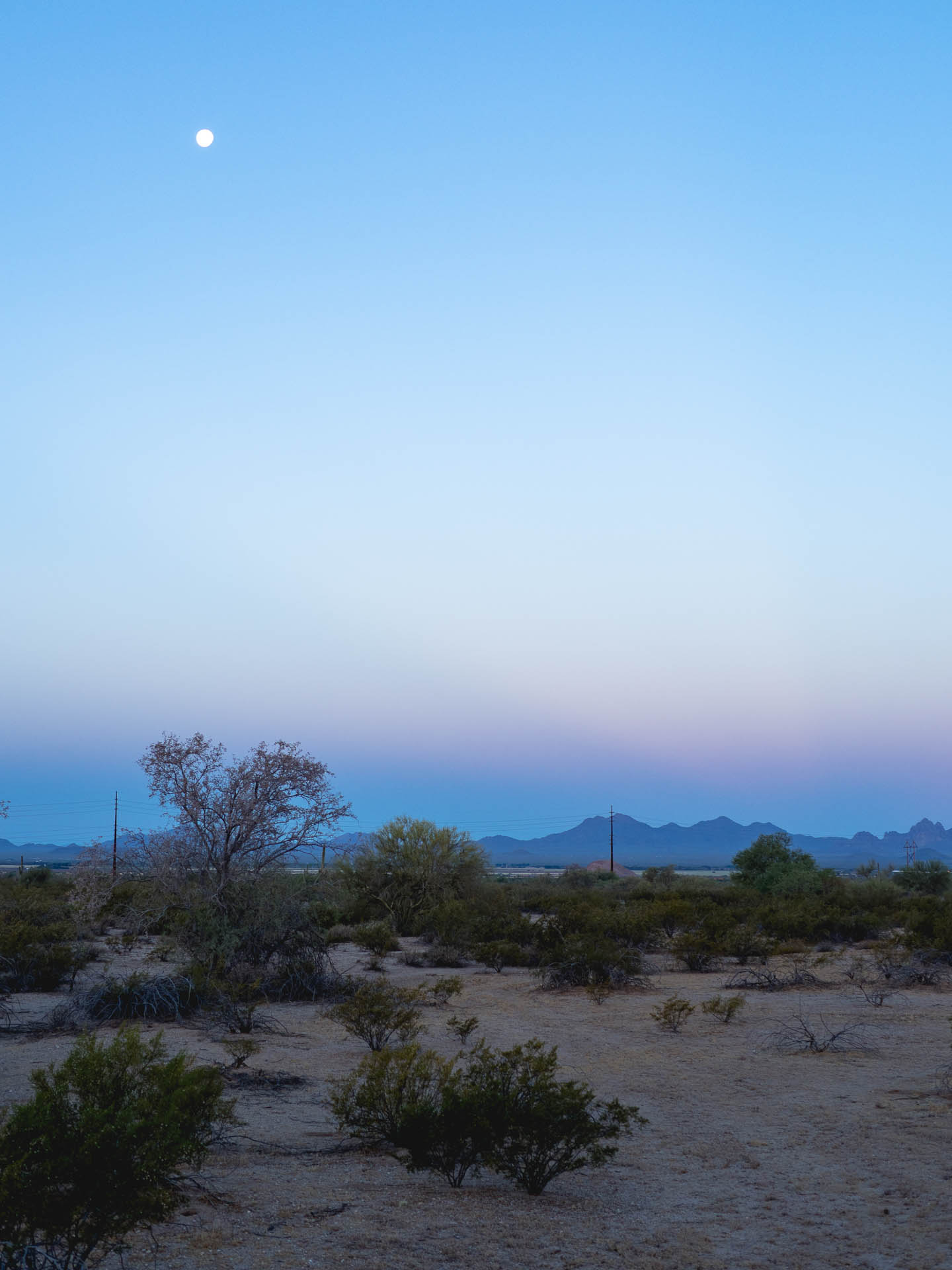 I hooked in a partner via Mountain Project. As it turned out, Mike Broad had just moved from Flagstaff to attend school (teaching degree) in Tucson. So we actually had a few friends - and lots of climbs - in common. 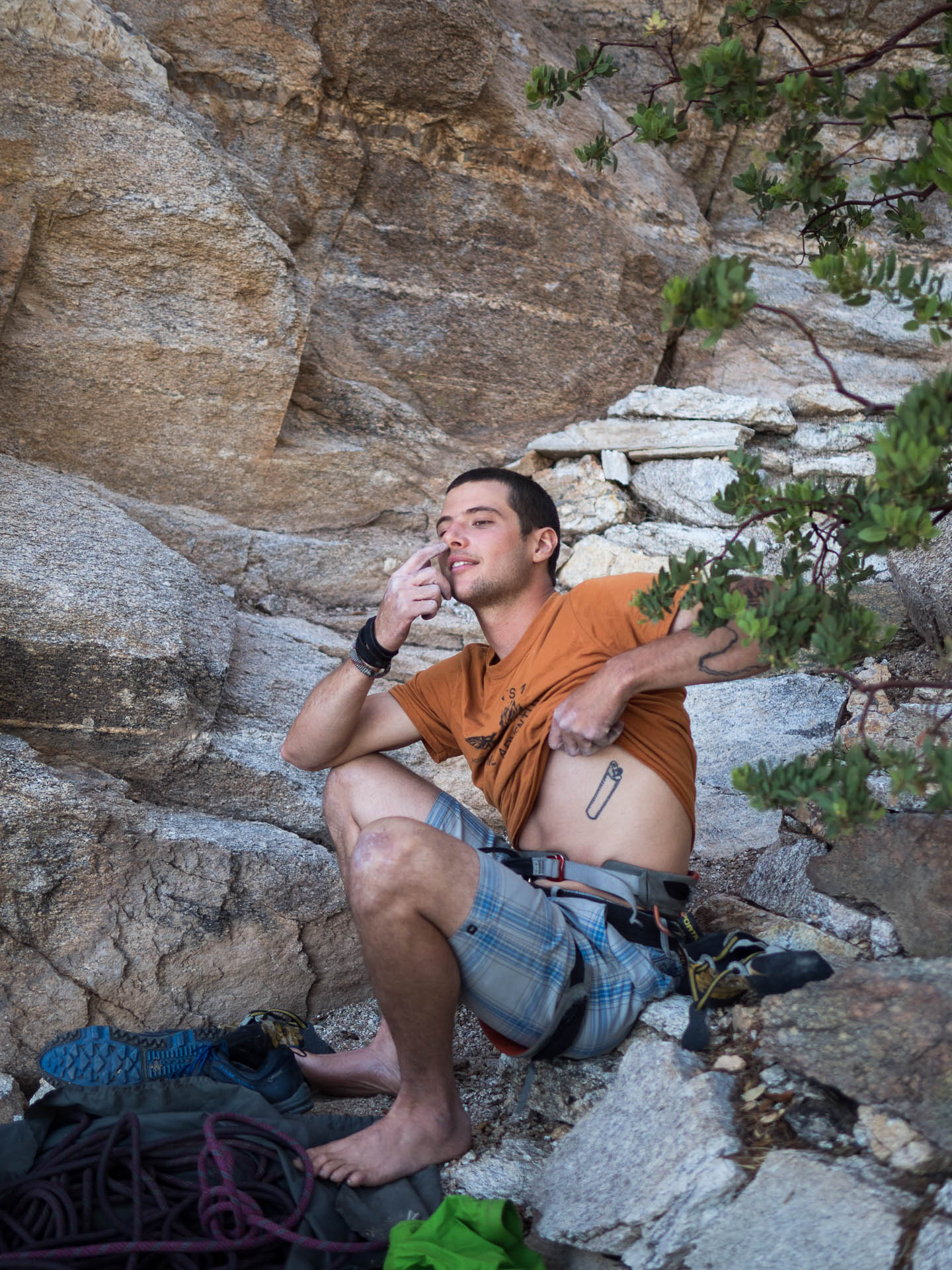 As a recent transplant, Mike didn't know the area all that much better than me and my guidebook. We got turned around a few times looking for our first few climbs, and then got impressed by how hard things seemed. Sandbagged, or just a different style?

Anyhoo. We had a good time working this very overhung 12a. I couldn't figure out how to finish it, and was told some key beta months later when I ran into a Lemmoner at The Peaks. 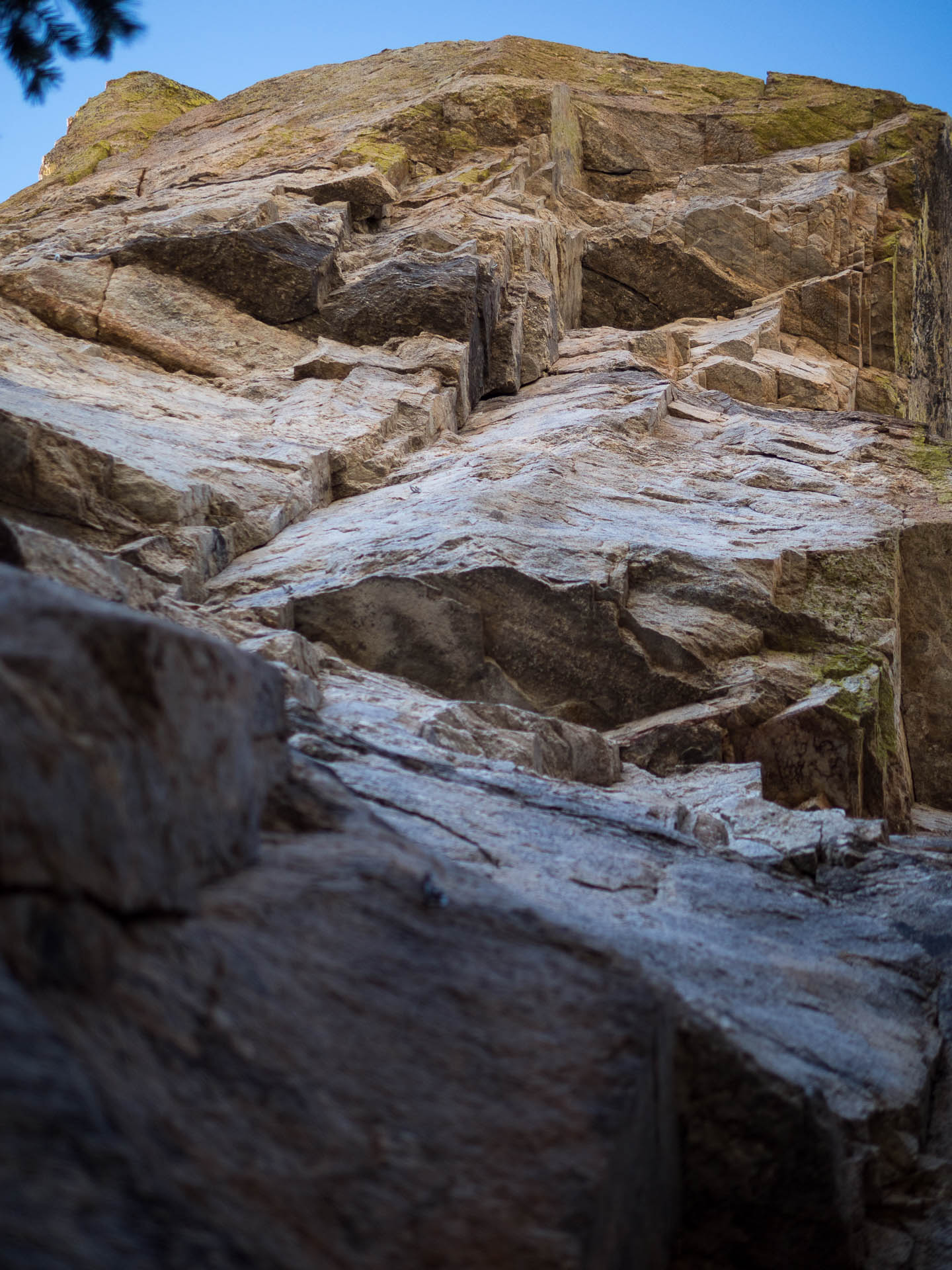 After a good butt kicking, we had some beers from the fridge, watched tourists, and shot the shit. 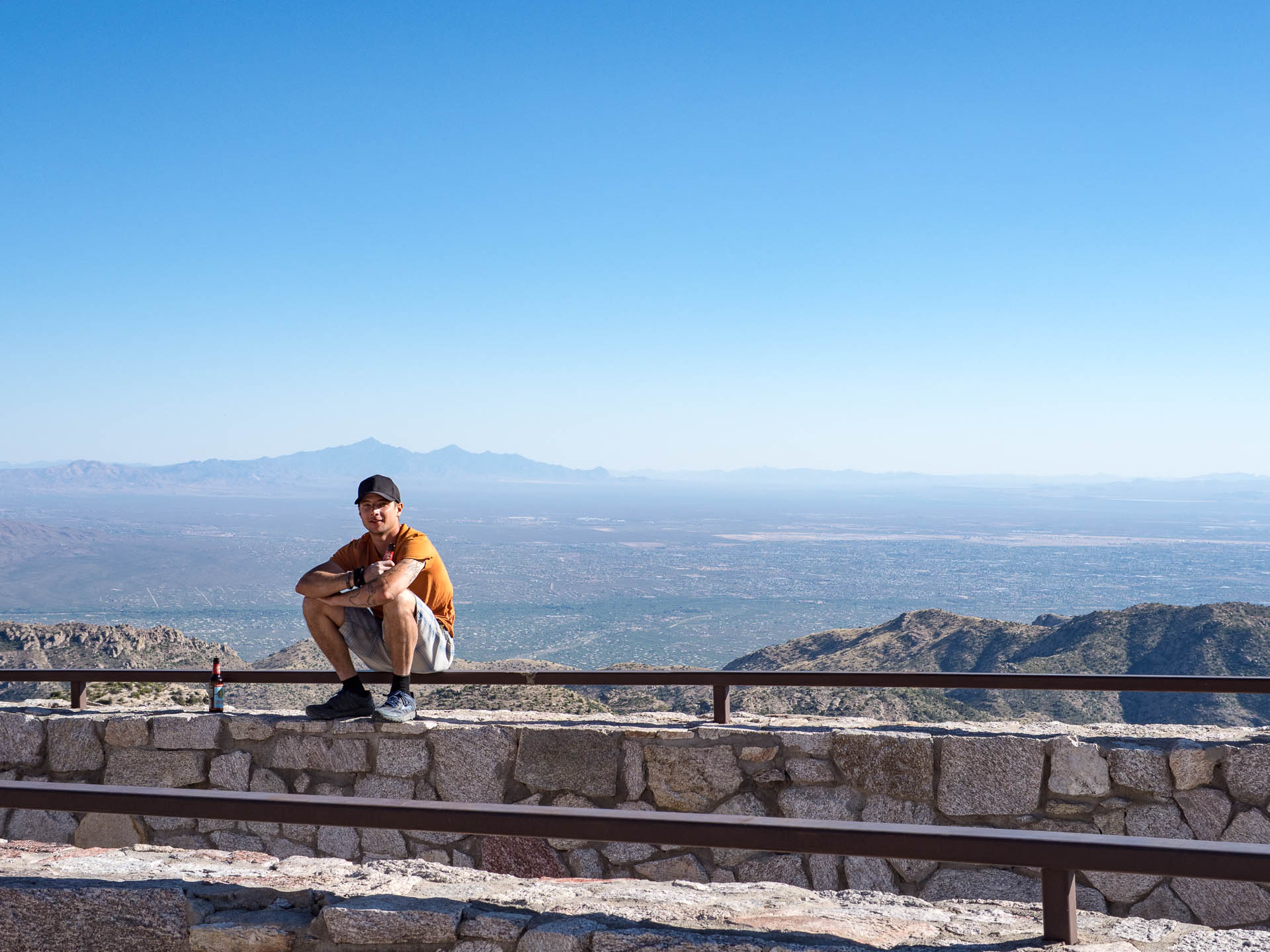 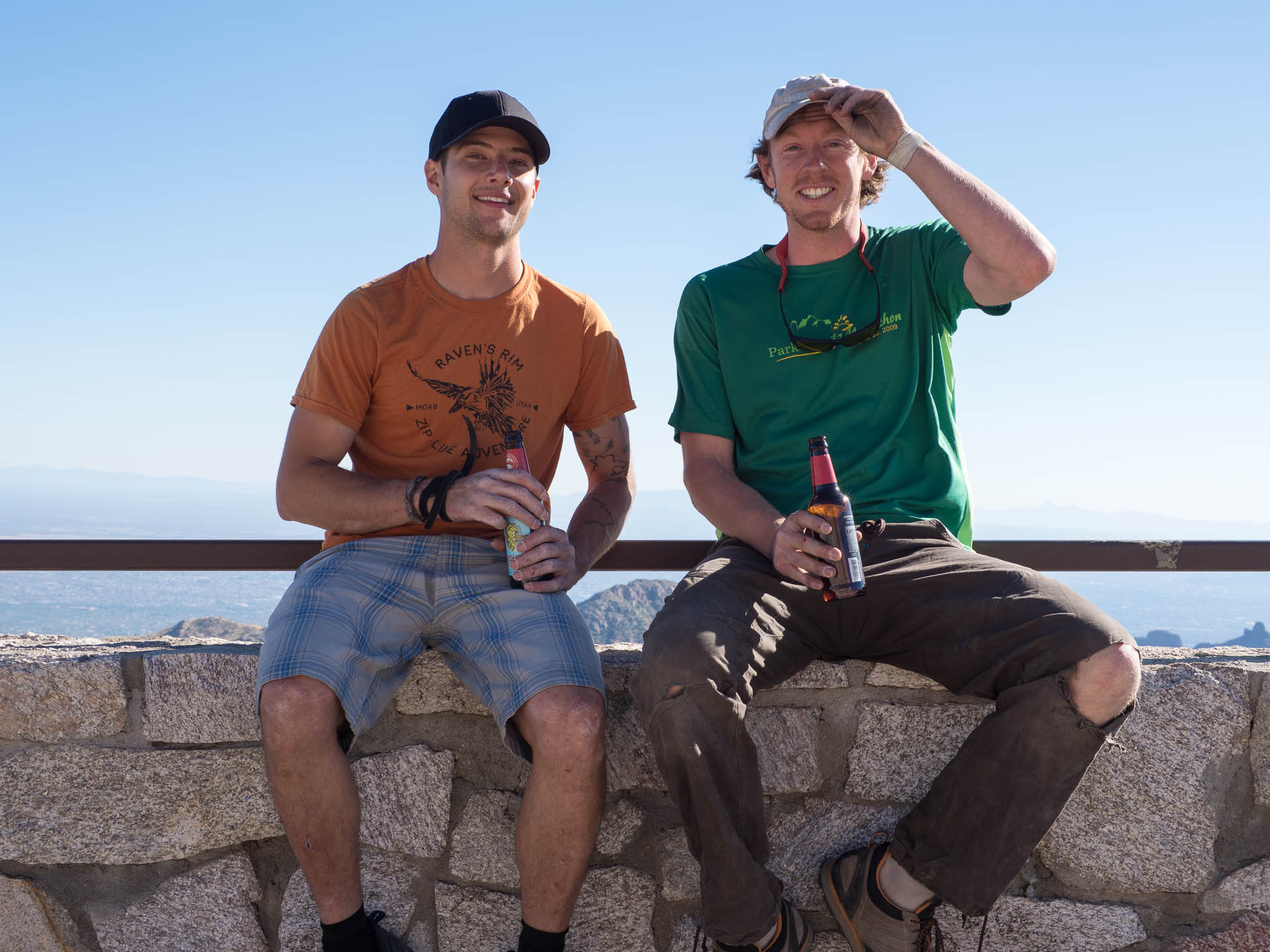 I camped up on the mountain that night, and Mike drove back up for one more morning with me. At the end of two days of rock climbing at Mt. Lemmon, I successfully climbed a single 11b, and only after ki-ai'ing three times on it.

Mike was a rad partner though. He told me to stop trying 12a and go harder. I took his philosophy to heart when I got back to the Peaks, and surprised myself on a 12b. I've carried his ideas forward all summer now.

The location we went climbing at the first day turned out to be a major scenic turnout for the city-folk. 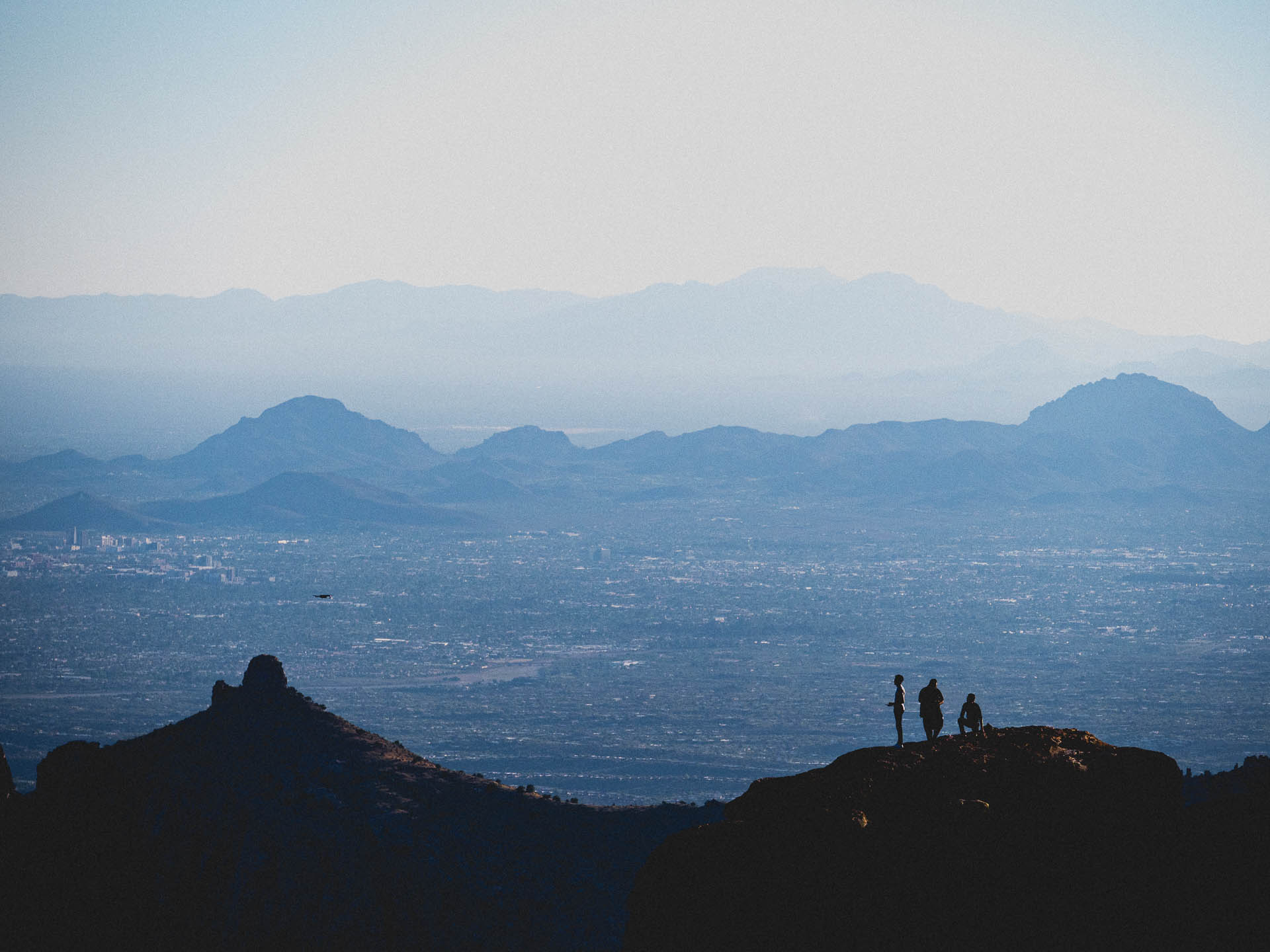 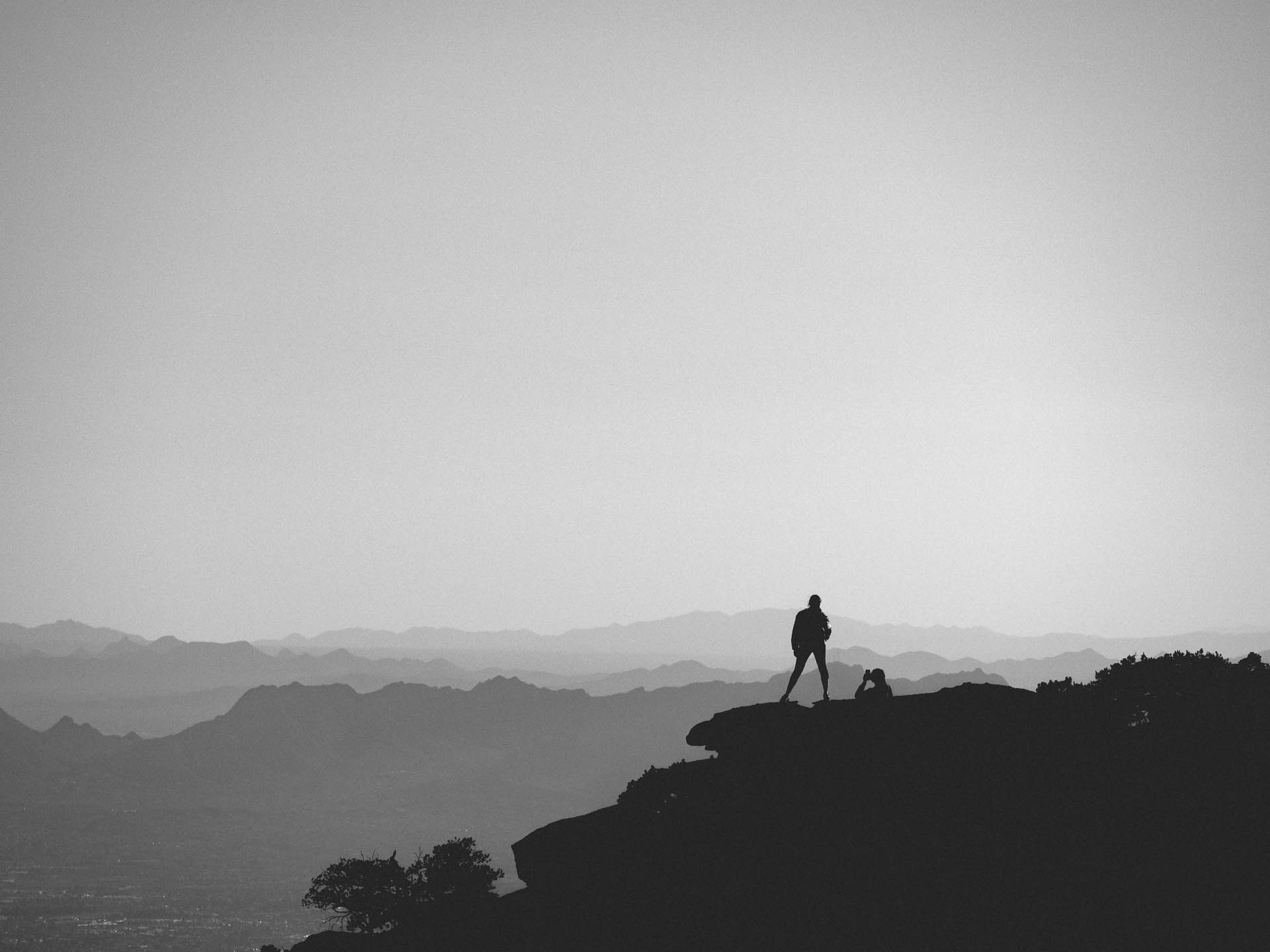 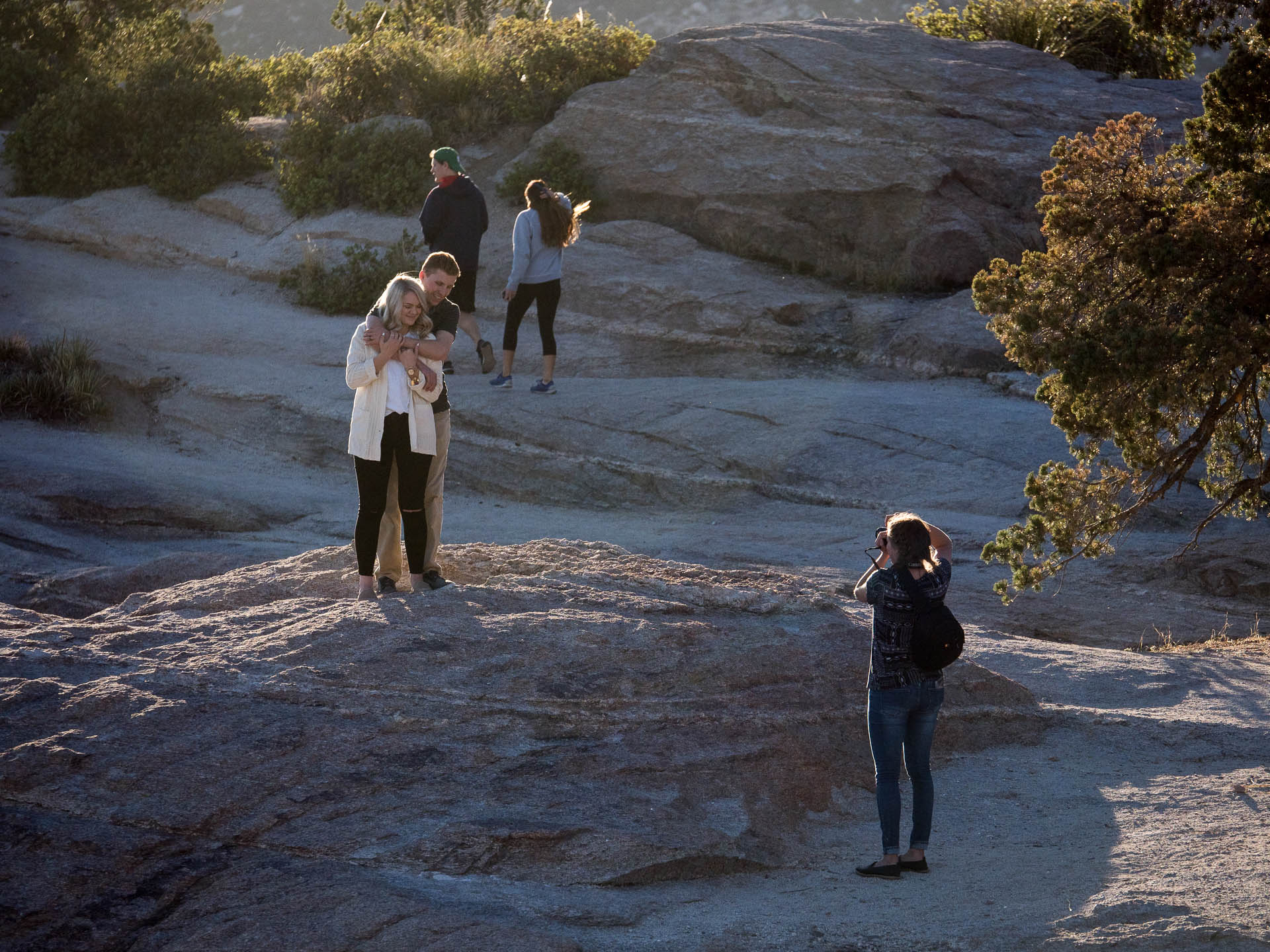 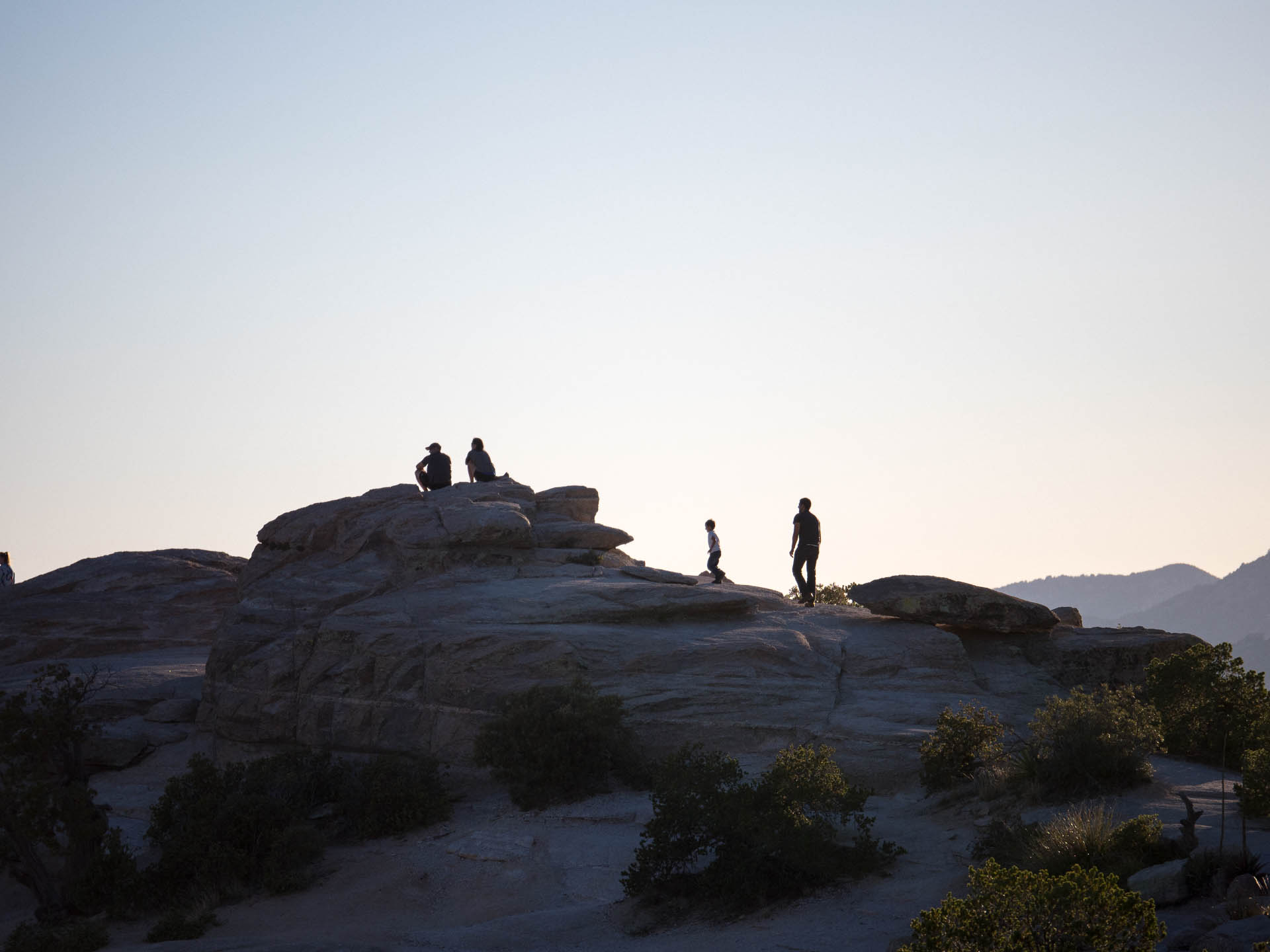 Before the sun set I drove to the top of the mountain in search of camping. Exploring and looking for things to photo, I found the shadow of the mountain stretching over the desert.

Four months later I would hike Mt. Humphreys with Molly, who would be disappointed by my non-chalance at seeing the shadow of that peak during sunrise. Thanks, Lemmon, for letting me pretend to coolness. 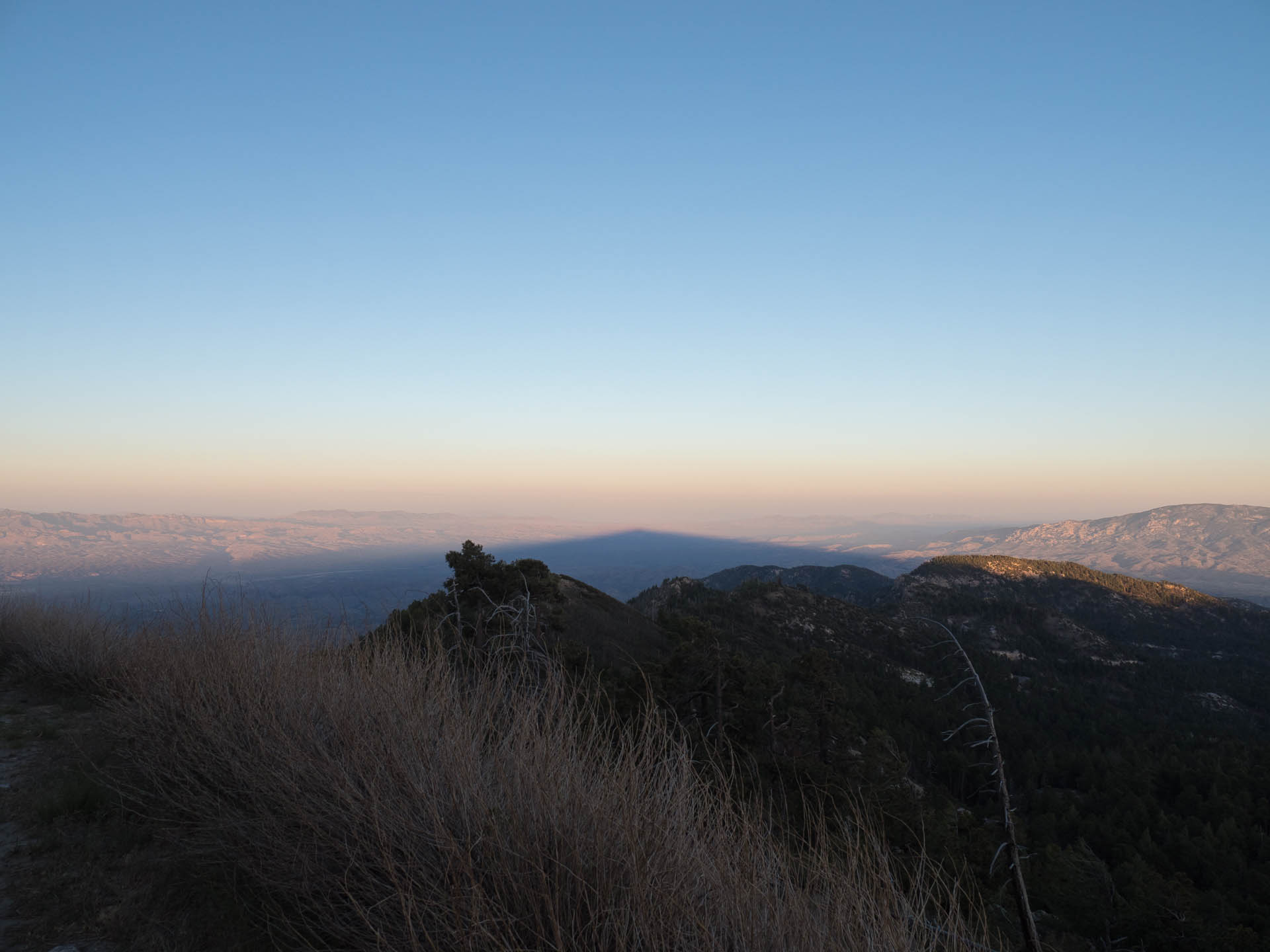 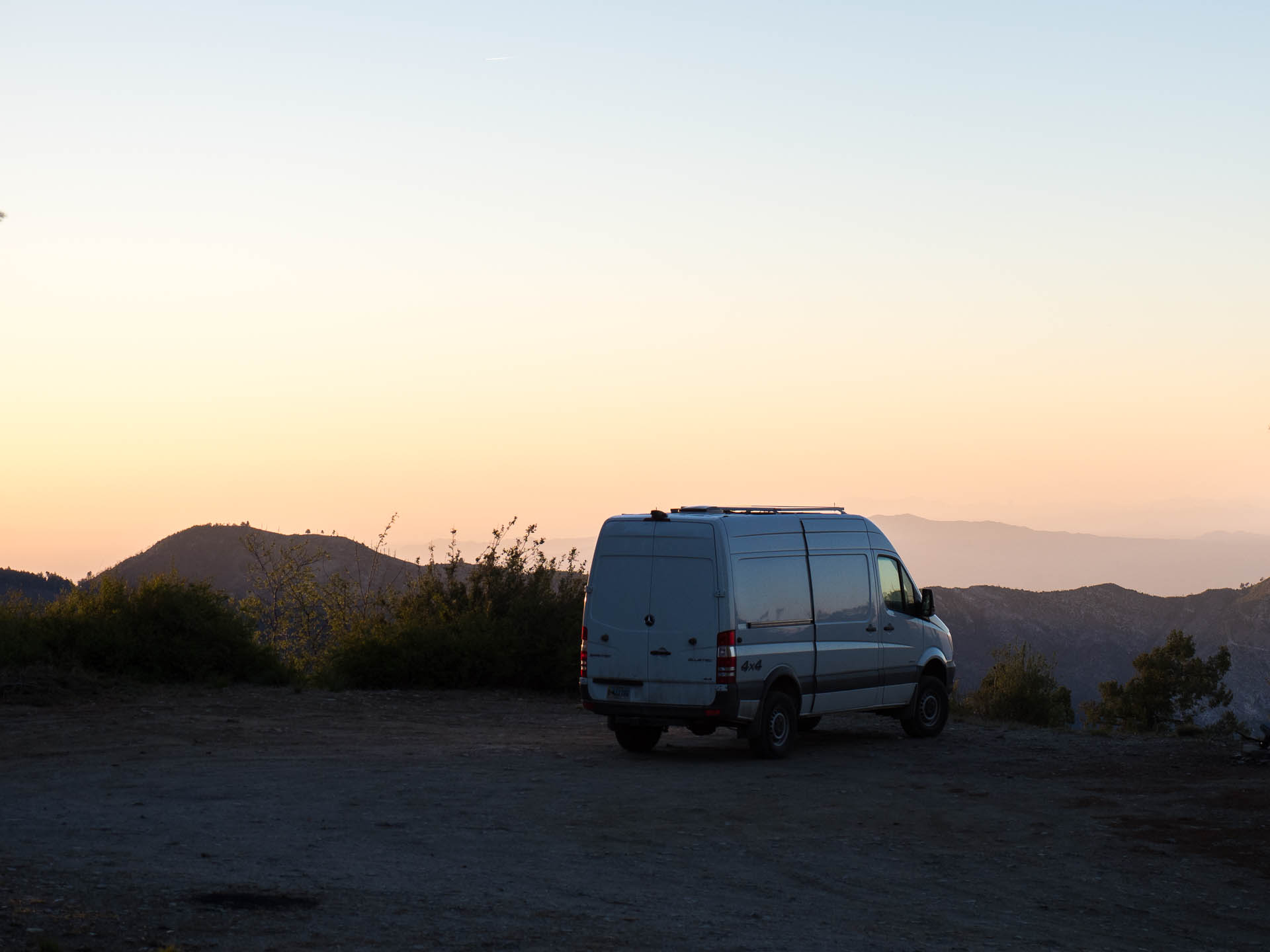 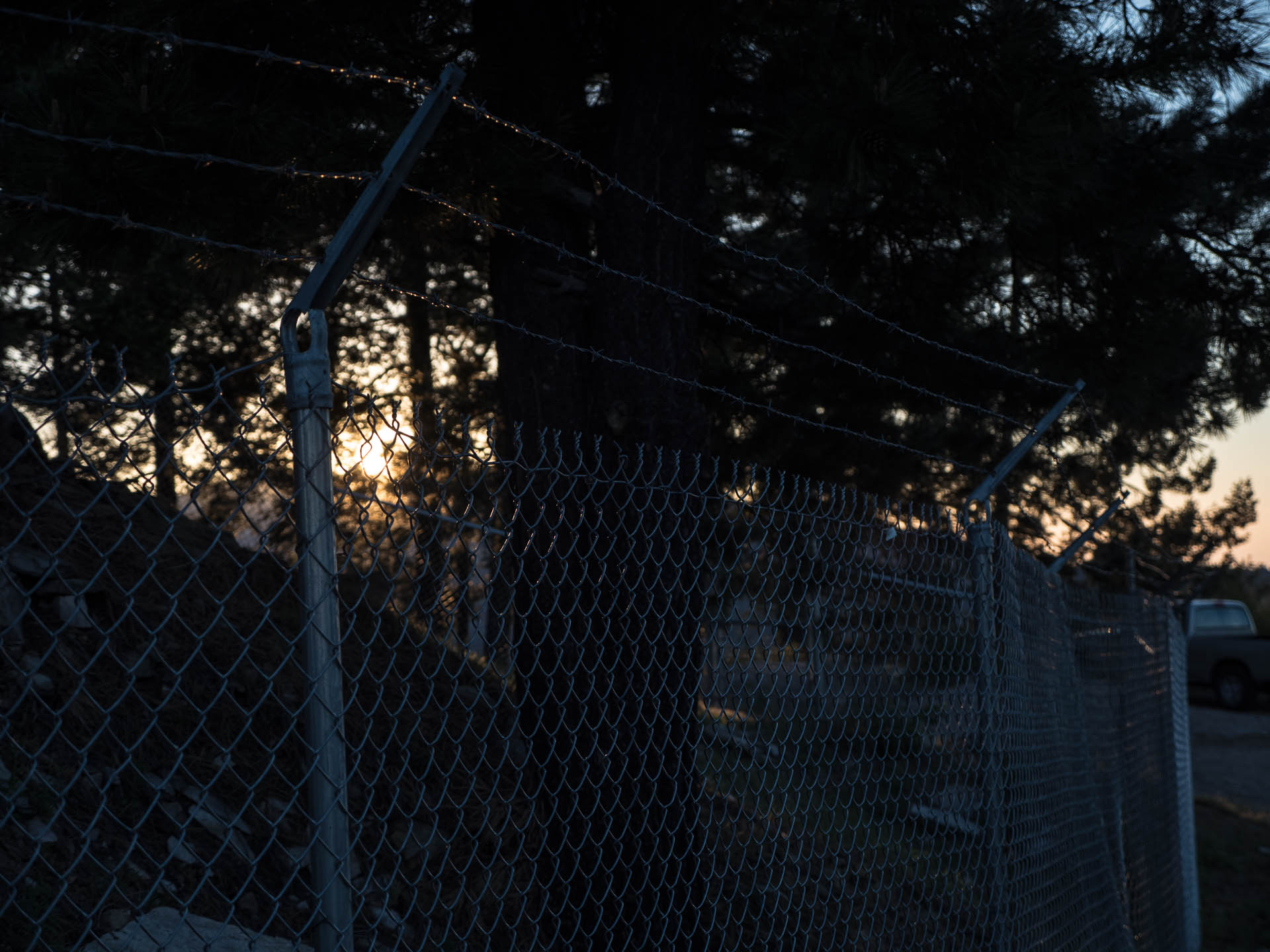 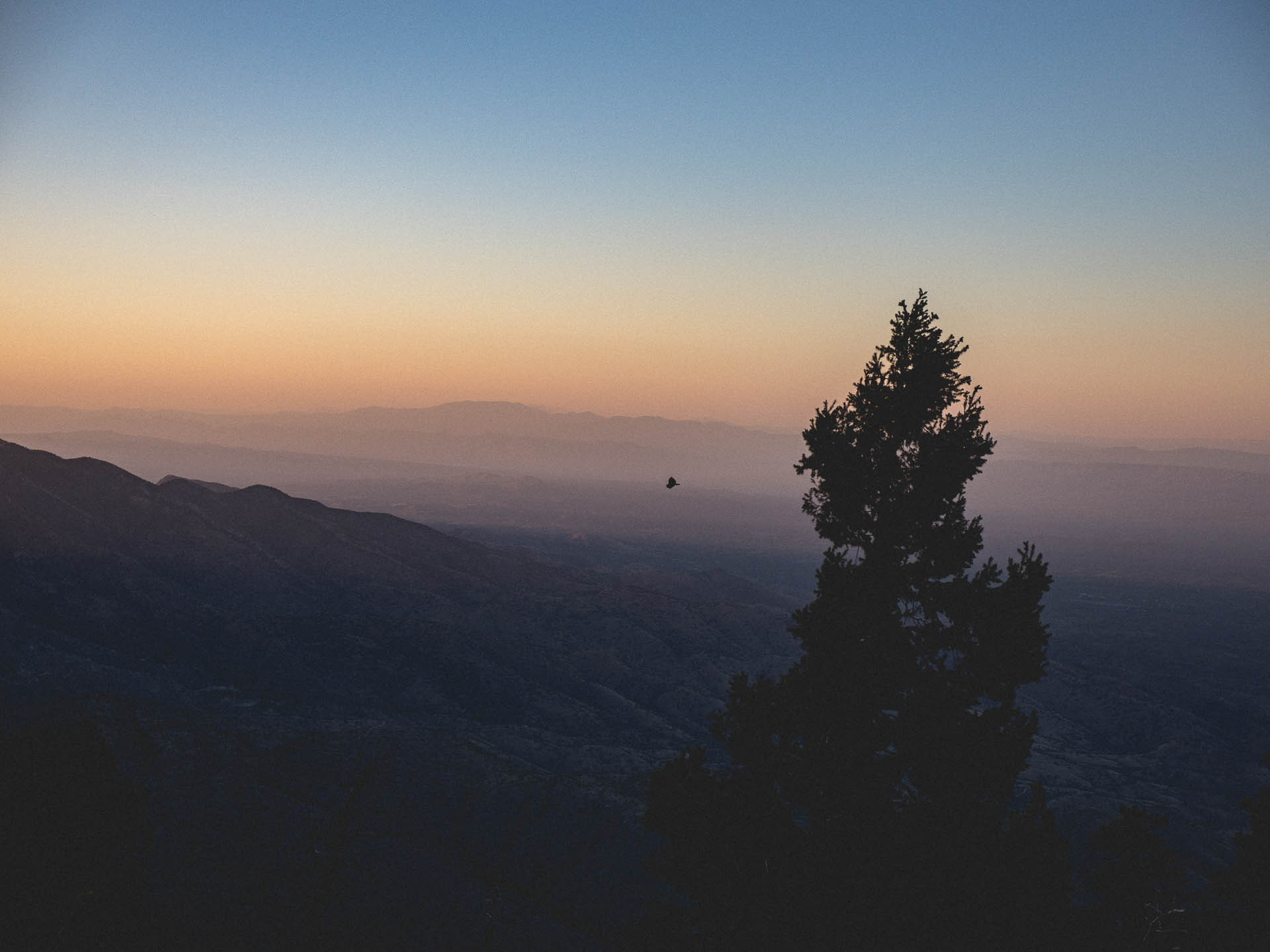