A eulogy for a rope; memory delving with a nylon cord crutch. 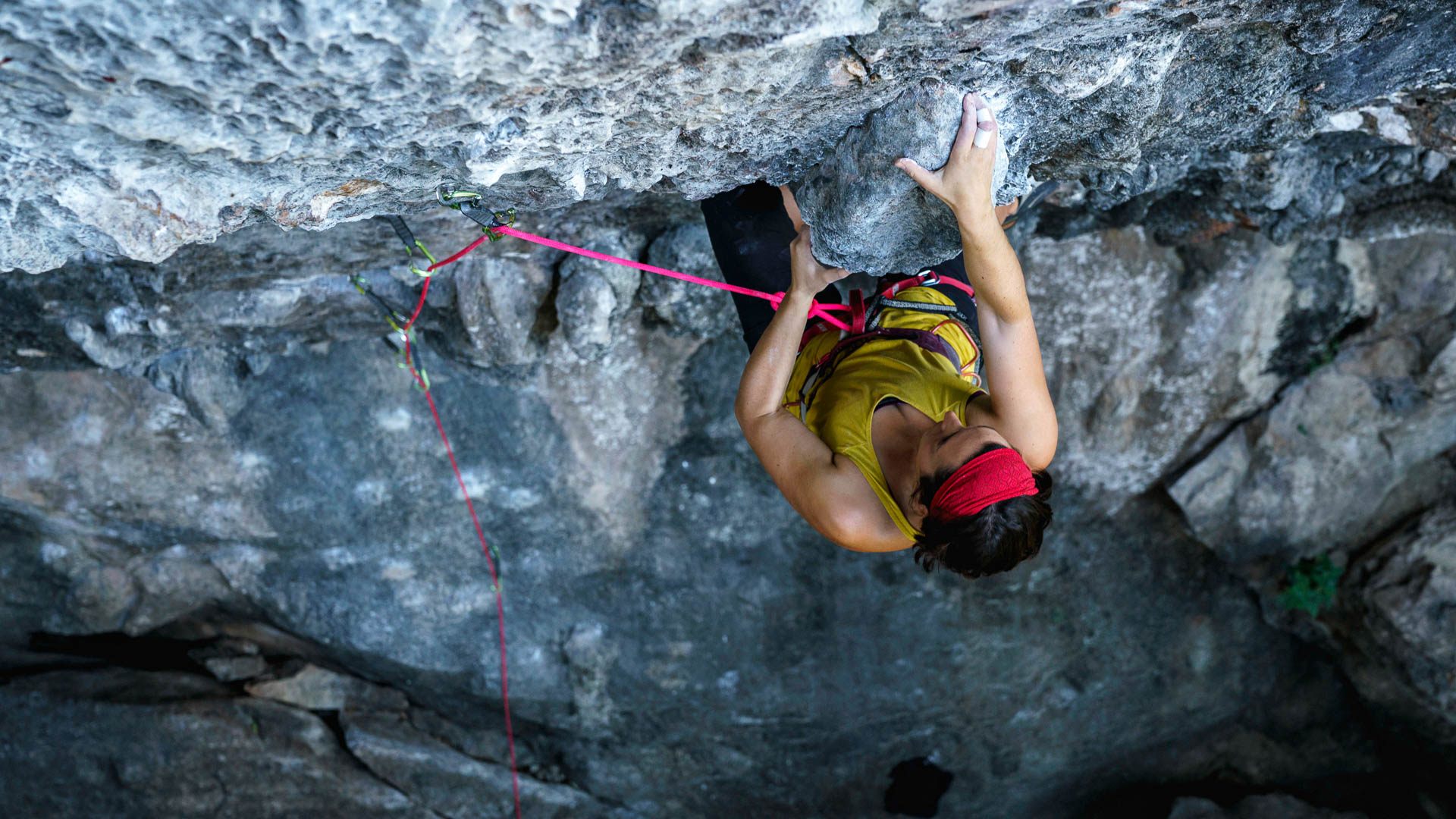 Pardon me the excess, if you will, of eulogizing a nylon rope. But this rope! Pink Lightning! Pink Lightning! How many of my friends have known its gentle caress? How many times did it rescue us from gravity's over-enthusiasm? How many lands did it see, oh in its foreshortened life? (five, actually).

Retiring this laser-beam of a rope was no easy task. A break twenty meters from its end should have been the end between us, but I couldn't bring myself to do it. We had history, after all!

On November 18th, 2017, exactly a-month-and-a-day into a four-month trip to asia, my fat ass put a core shot in the dynamic rope Megan and I had brought while working a 12b on Chinese sandstone. 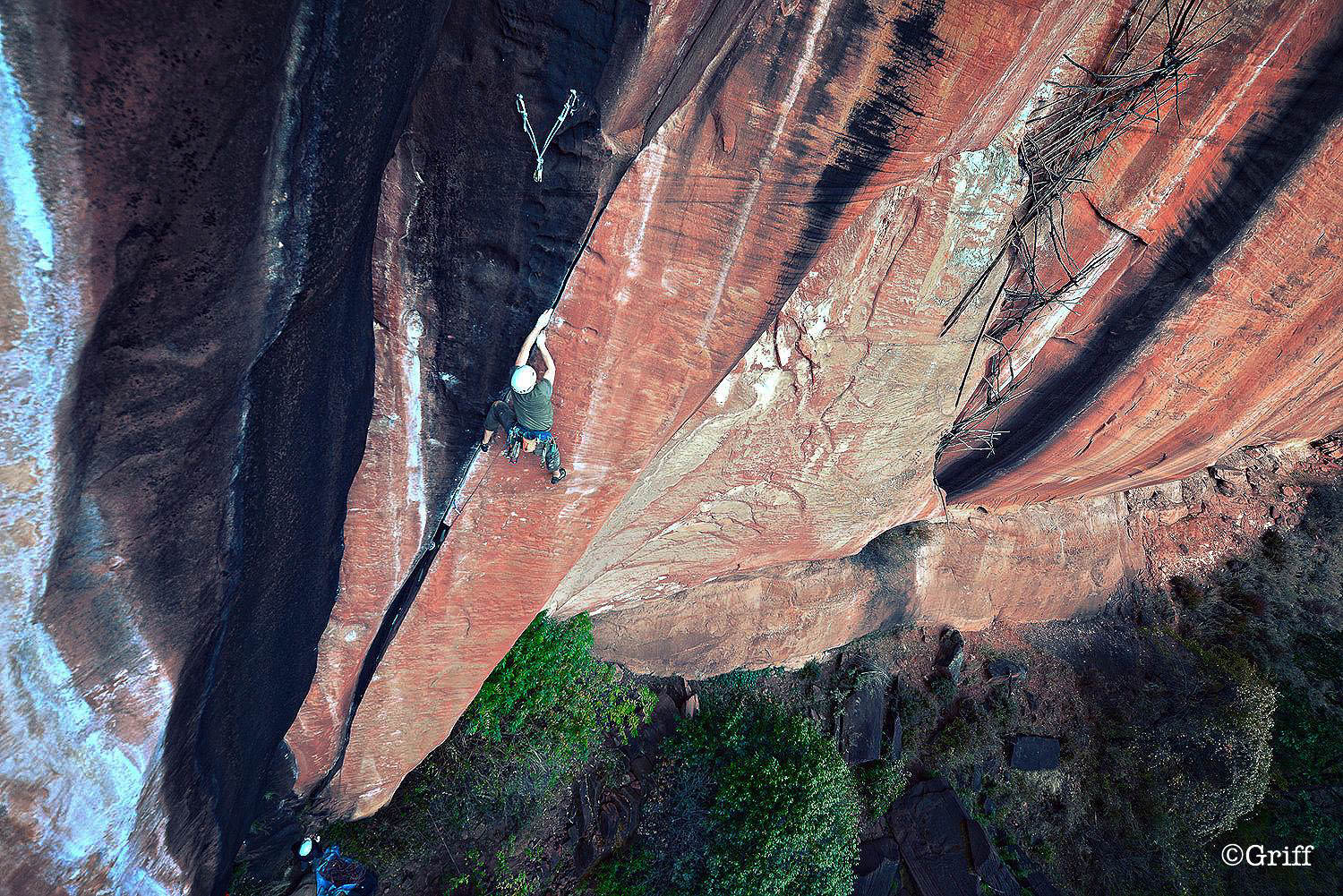 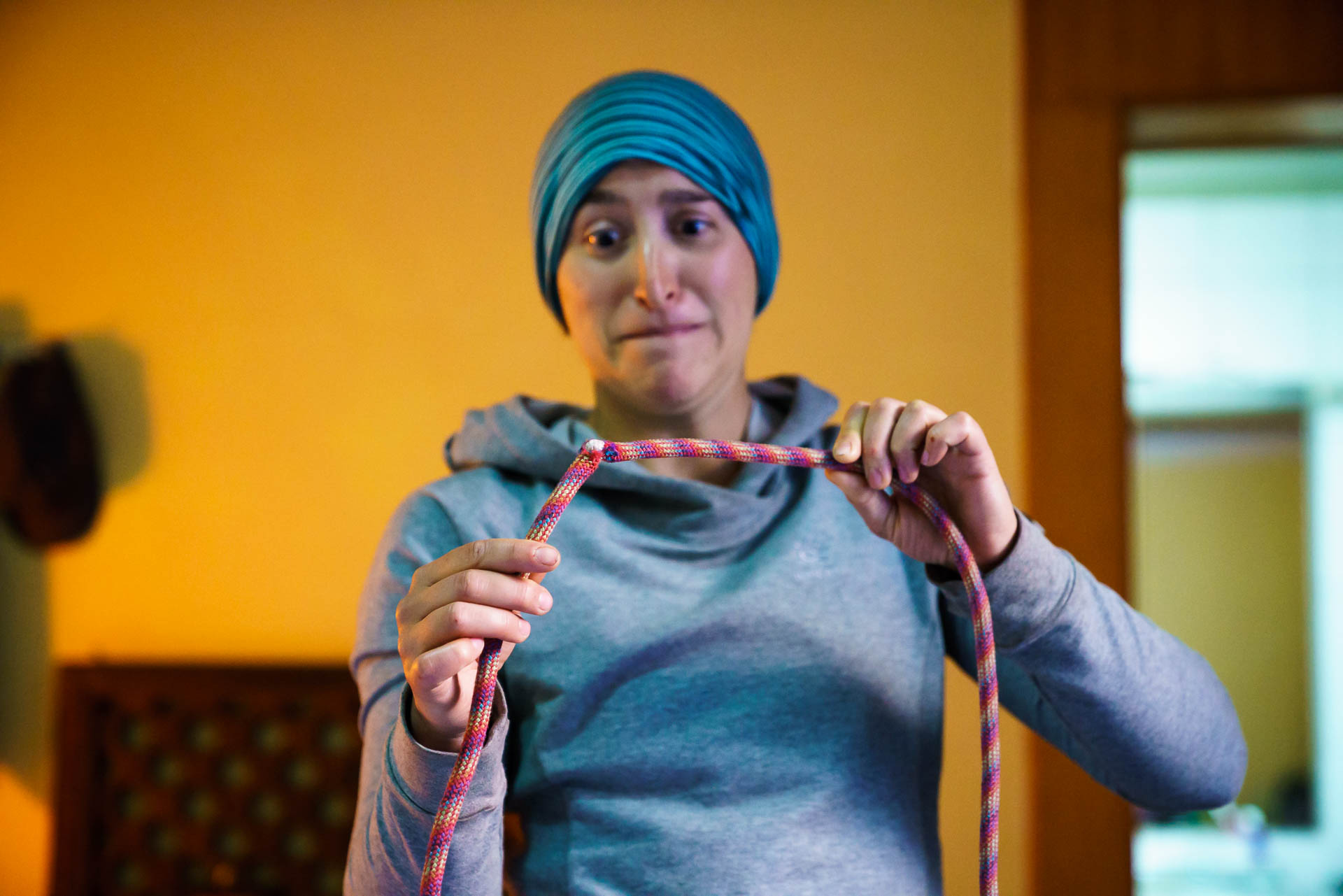 Ruh roh. Finished the route and lowered before we saw it

Thankfully the shot wasn't far from the end, so our 70m rope just became a 60m rope and life went on. 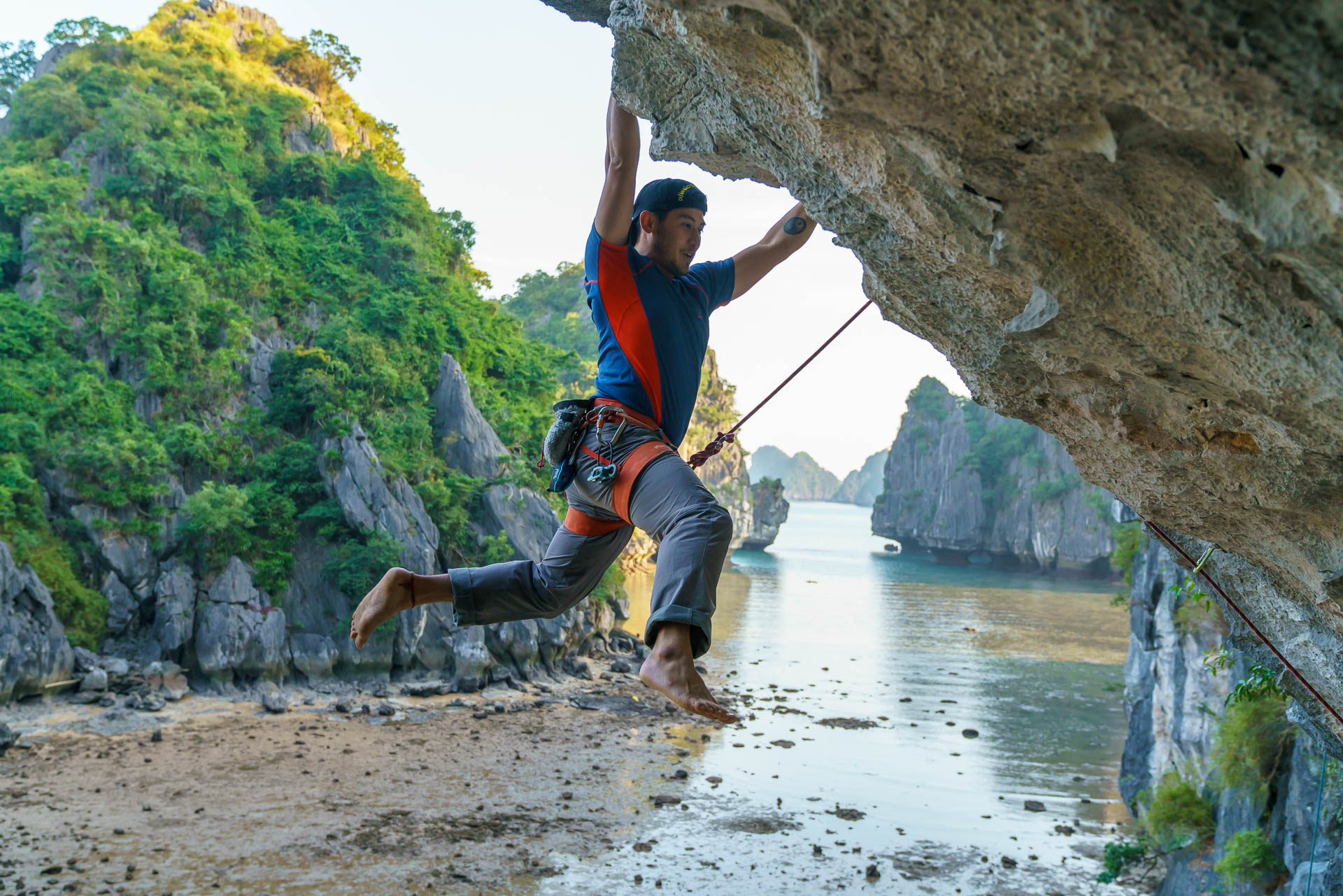 Life going on in Vietnam

Thinking on the long routes of Thailand and discussing Laos with Megan, we decided to ditch our 60 for the equivalent of $20US (better than tossing it in a dumpster!) and made a plan to buy a new one in Singapore over Christmas. 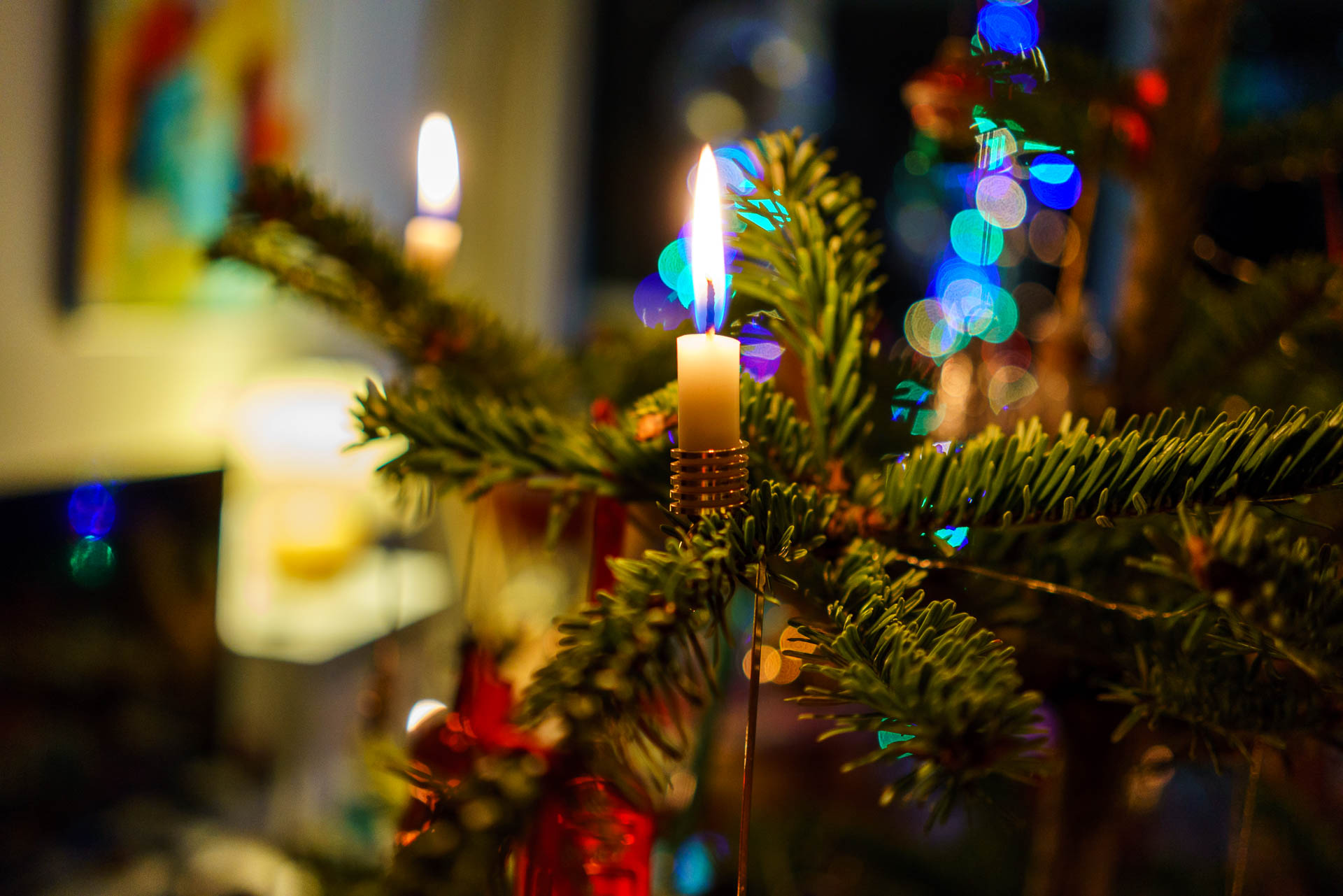 Pink Lightning came into our lives the day of Chrstimas itself, thanks to entrepid googling and good public transportation. Kinetic Climbing's staff assumed I had popped in because I had heard about their sale. My motives were more desperate, but that didn't make me any less grateful it was happening. Of all the climbing joints in that big equatorial city, Kinetic was the only shop that had long skinny ropes - nowhere else would have done.

The first trip the rope went on with me was to outer space - I remember stuffing it in my tiny 18L Patagucchi alpine pack and rushing to the movie theater to watch the newly-released Star Wars movie with Megan, Michele, Albert, Elias and Mads.

Since then, I used the rope seemingly every week. It was a radical Eidelweiss line, and no one ever disagreed when I suggested we use my line over theirs. It saw a lot of love in its short six month life. 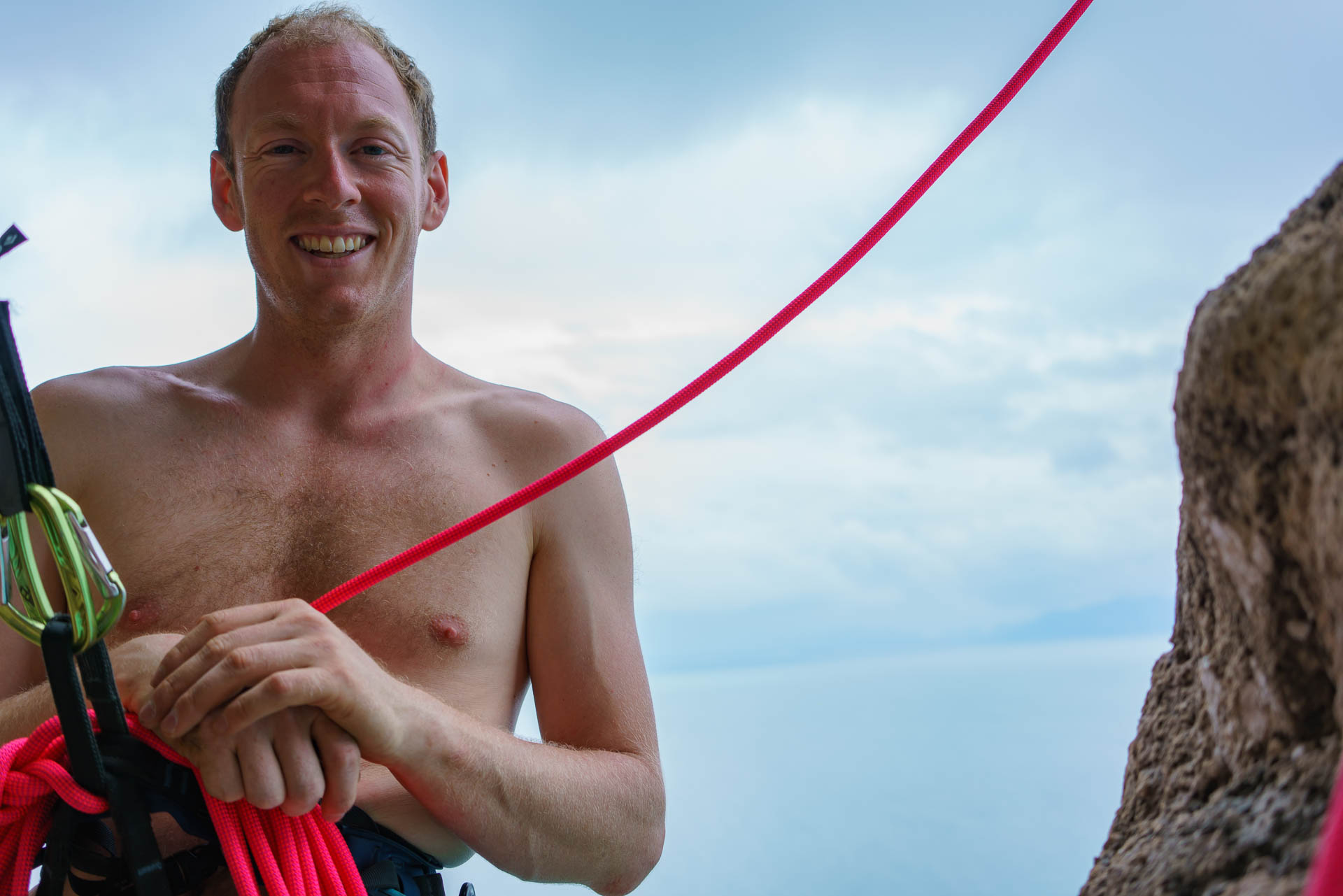 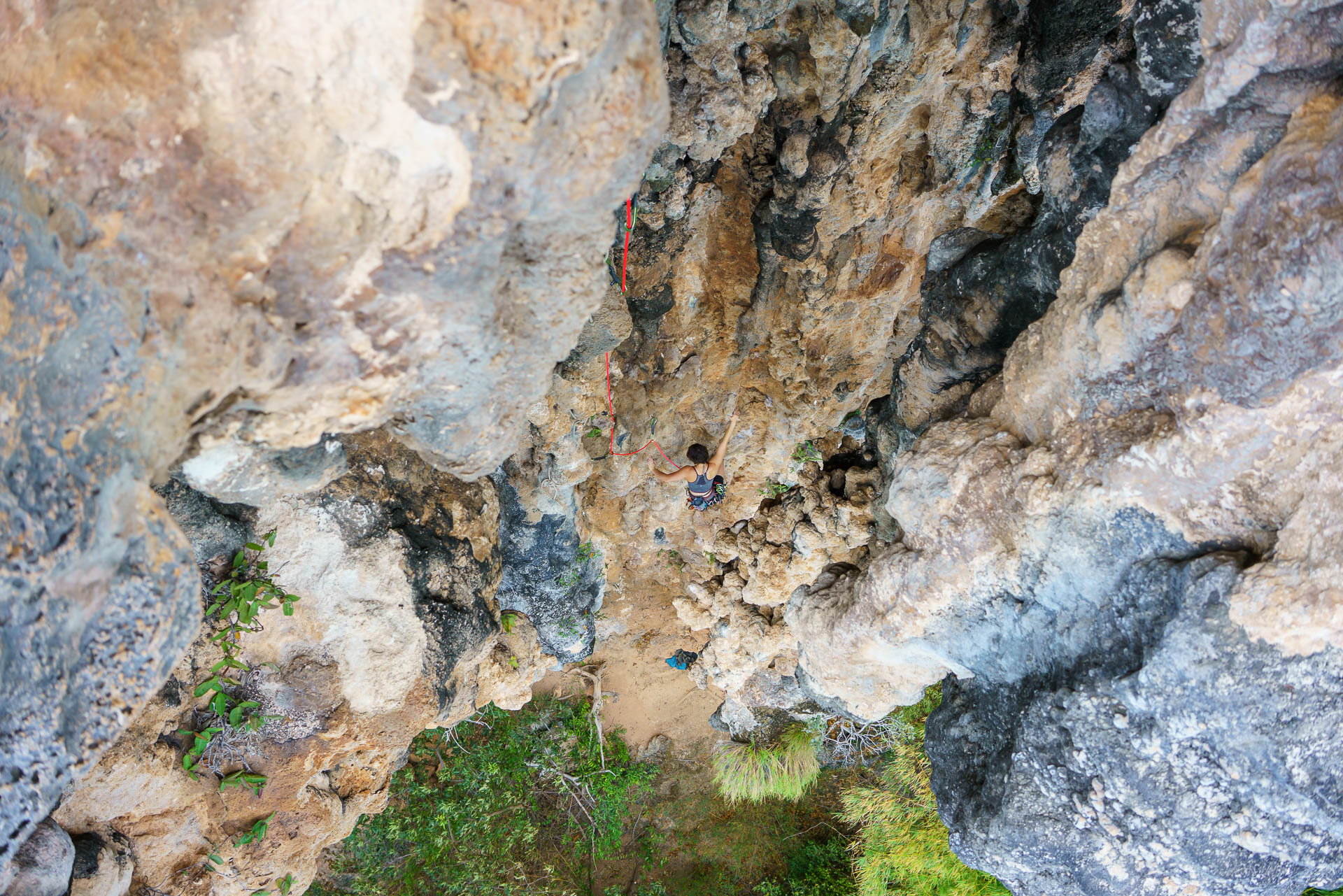 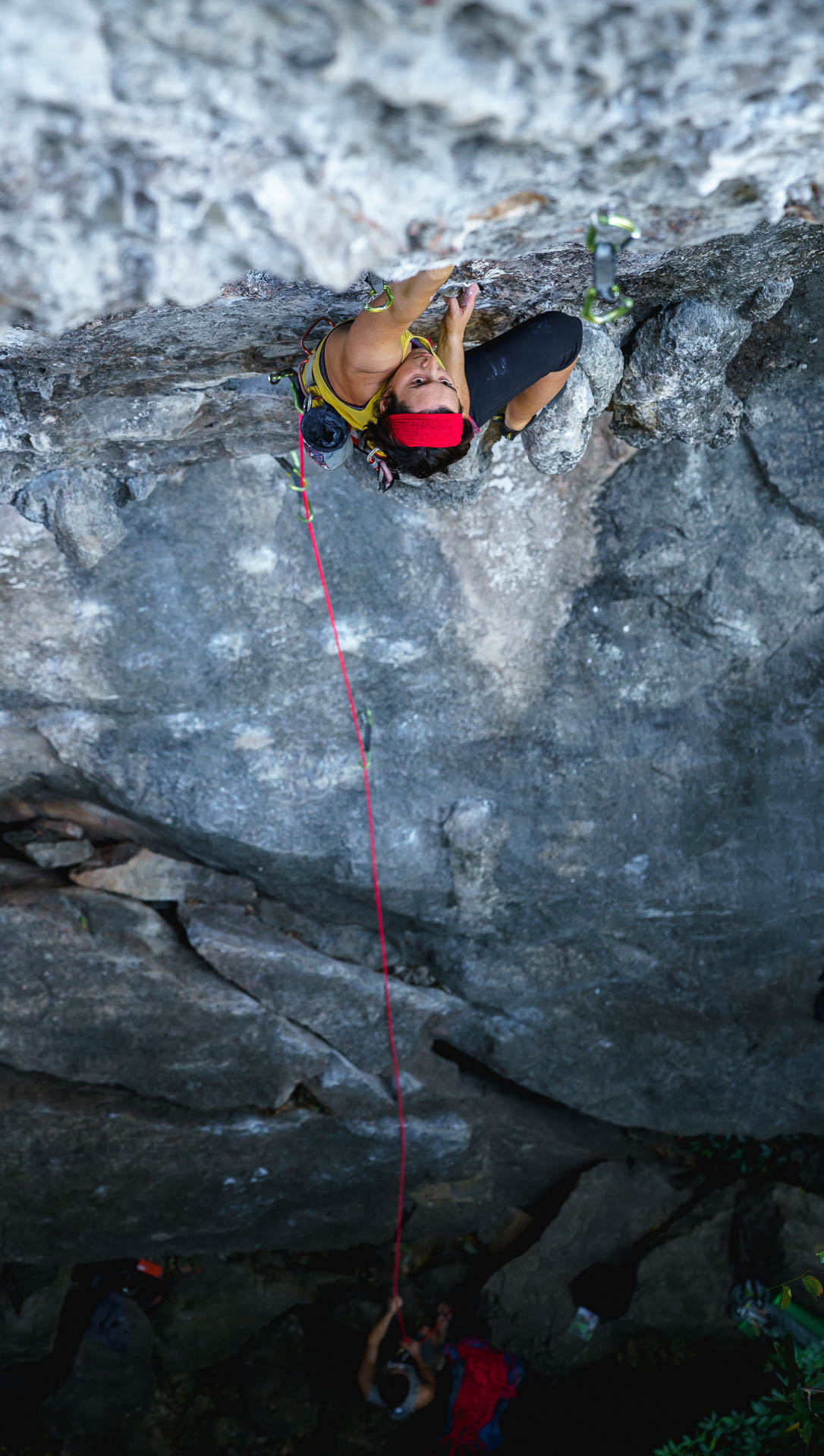 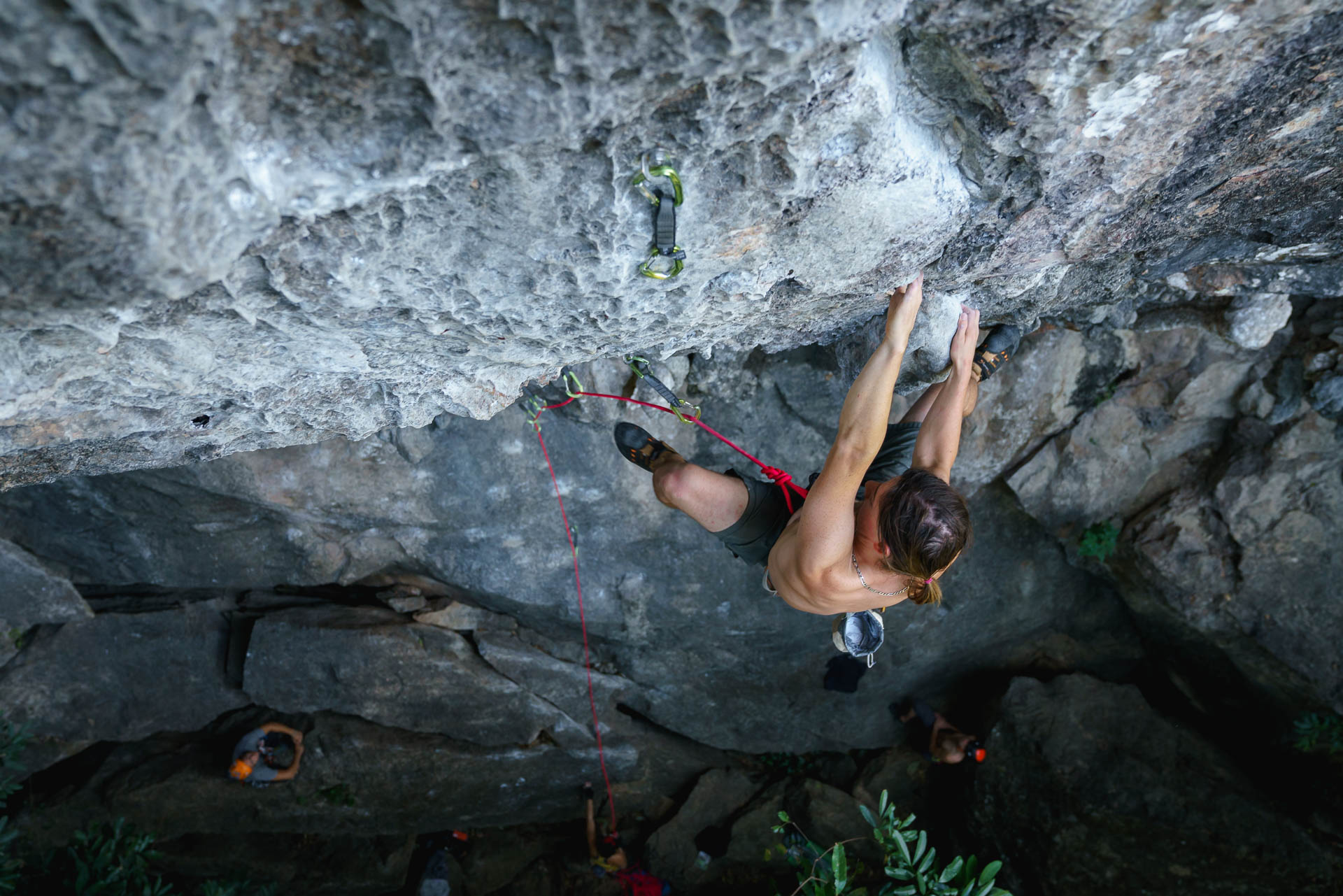 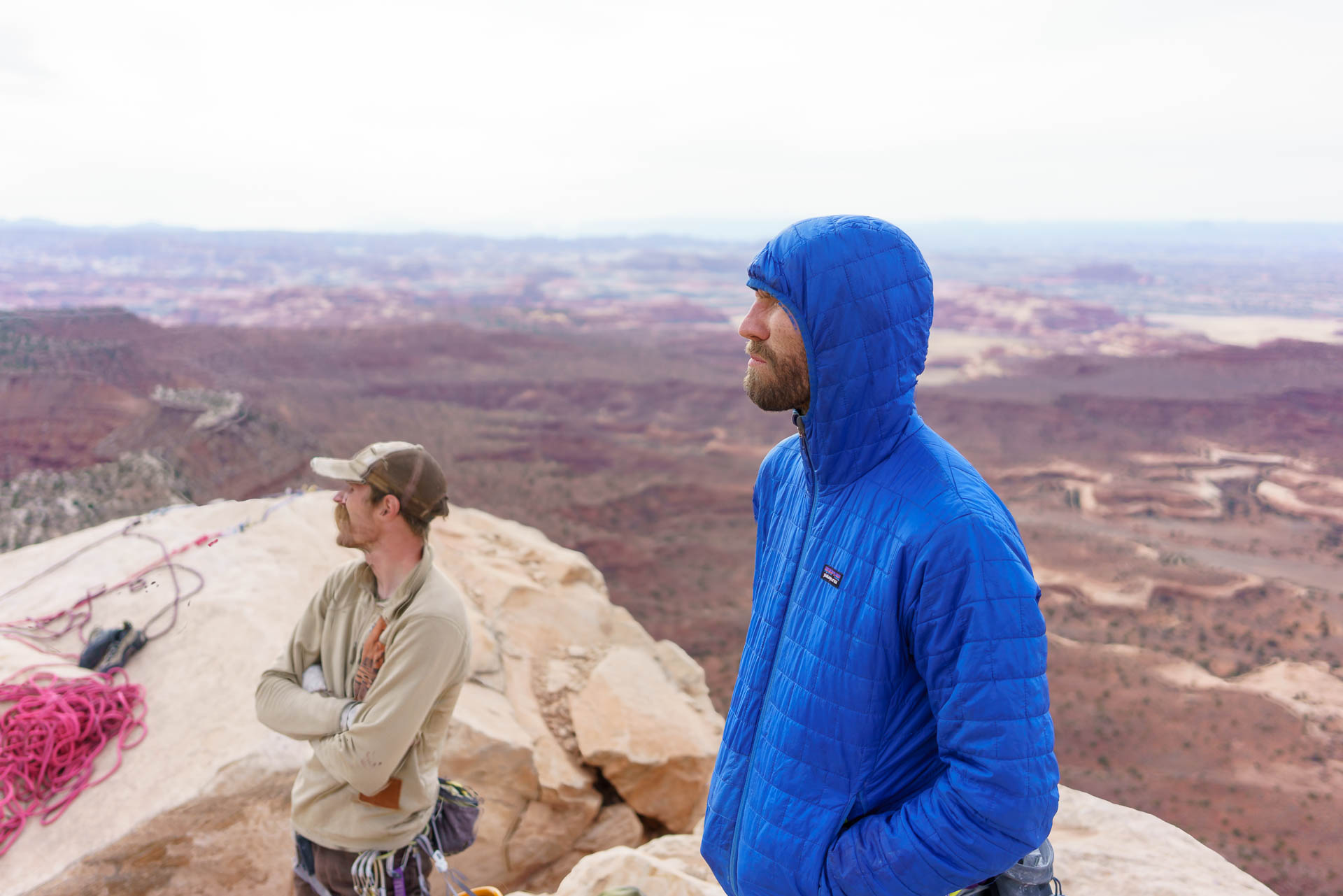 Nate and Jack... and Pink Lightning 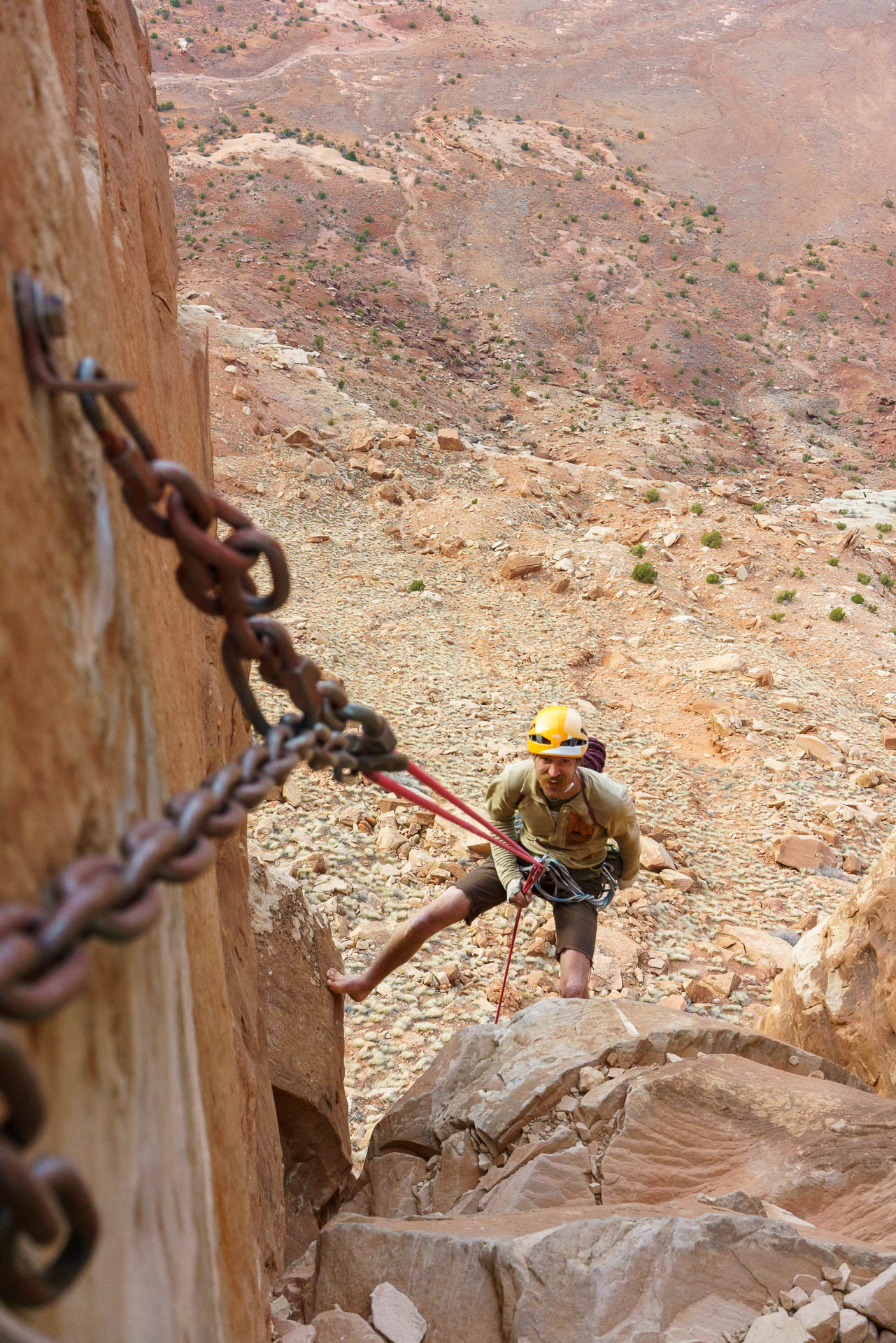 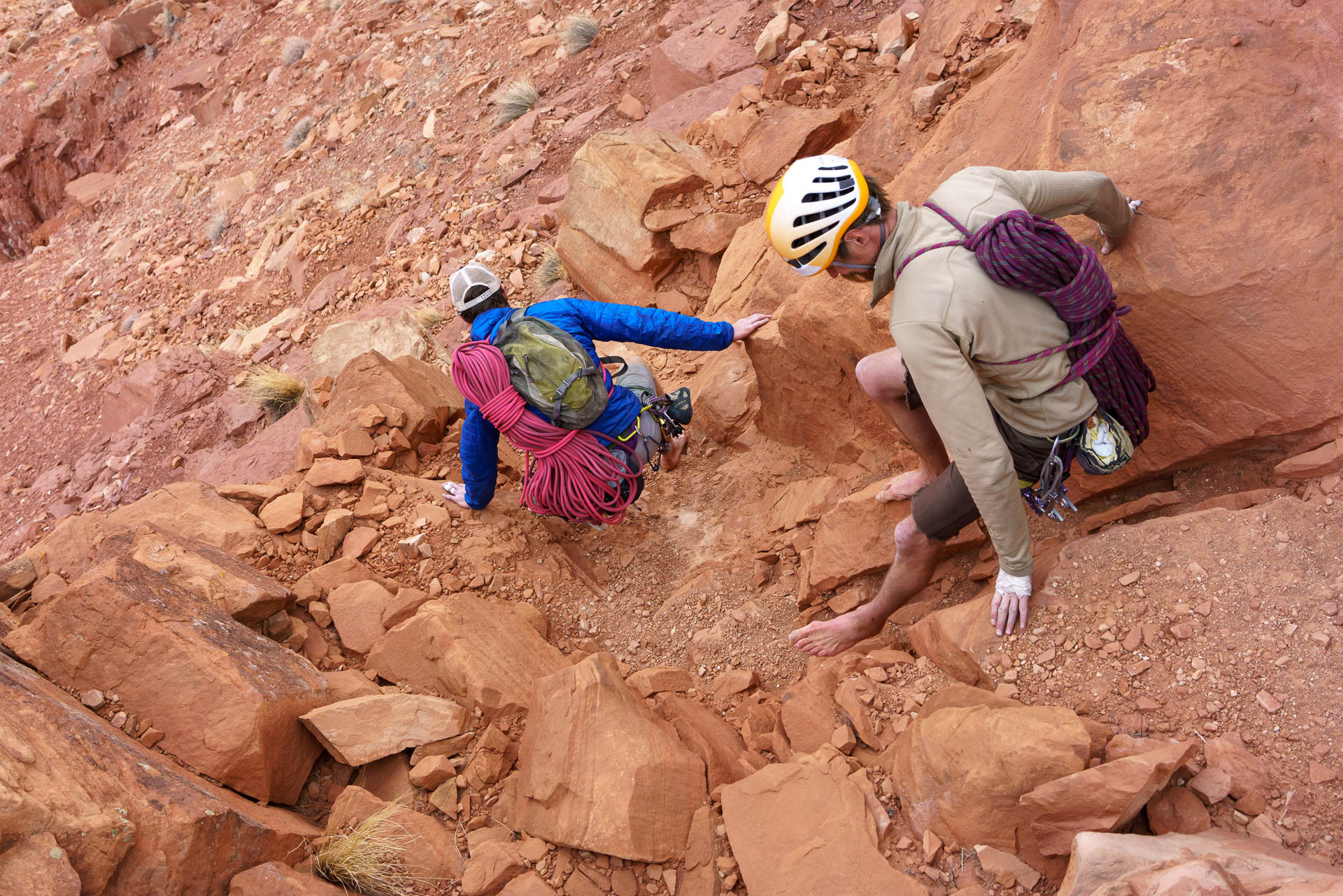 Nothing like waking up in a new driveway where someone's already made you coffee... 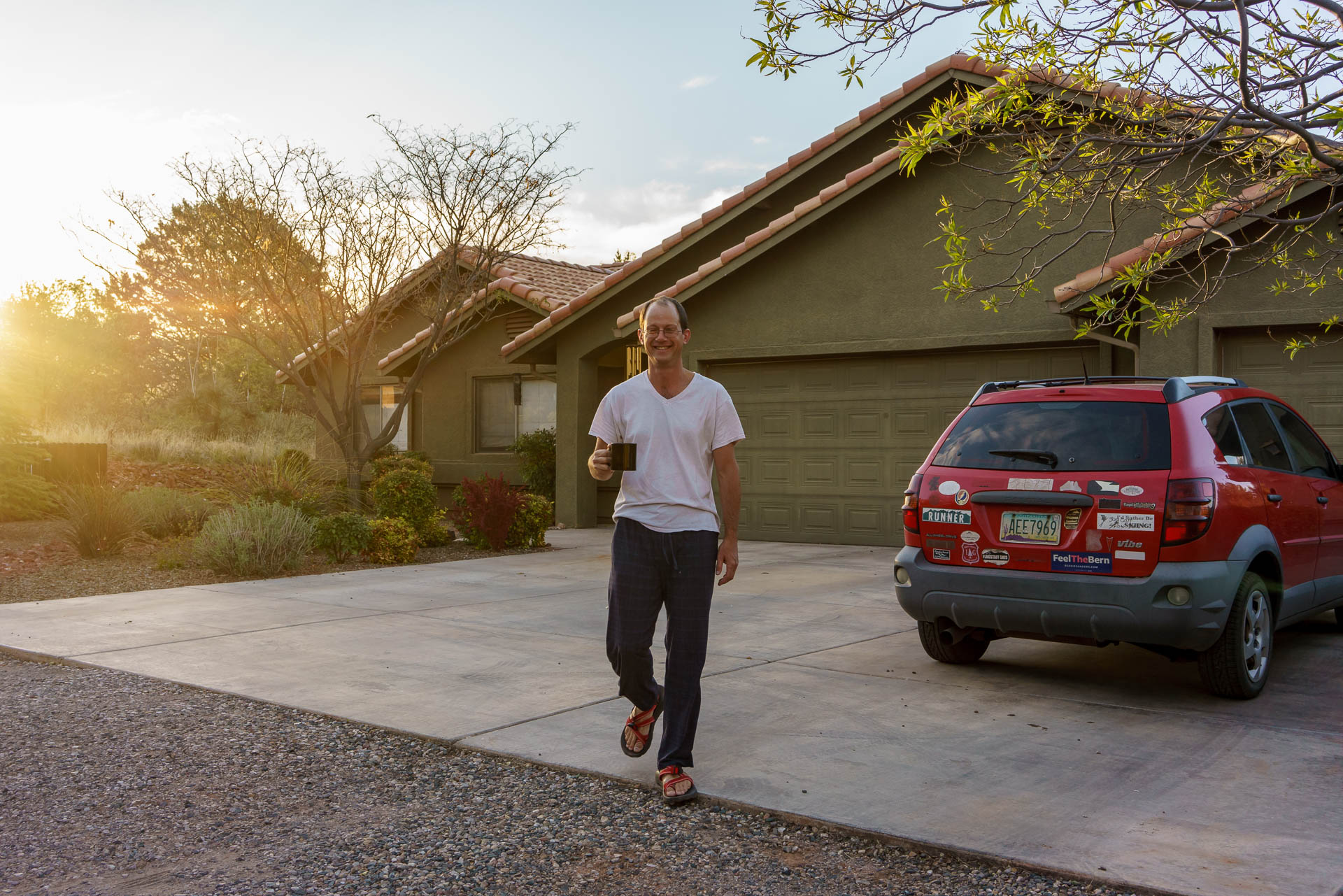 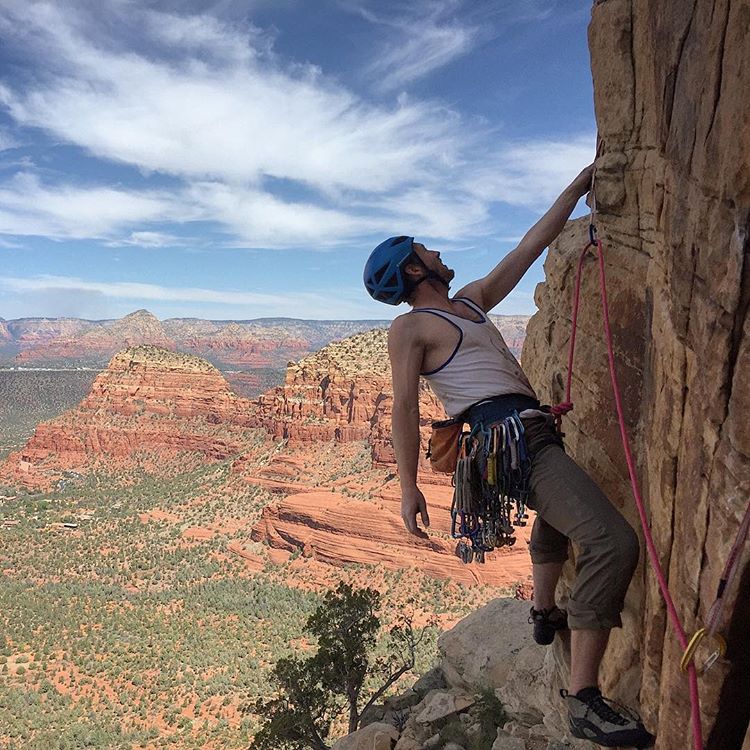 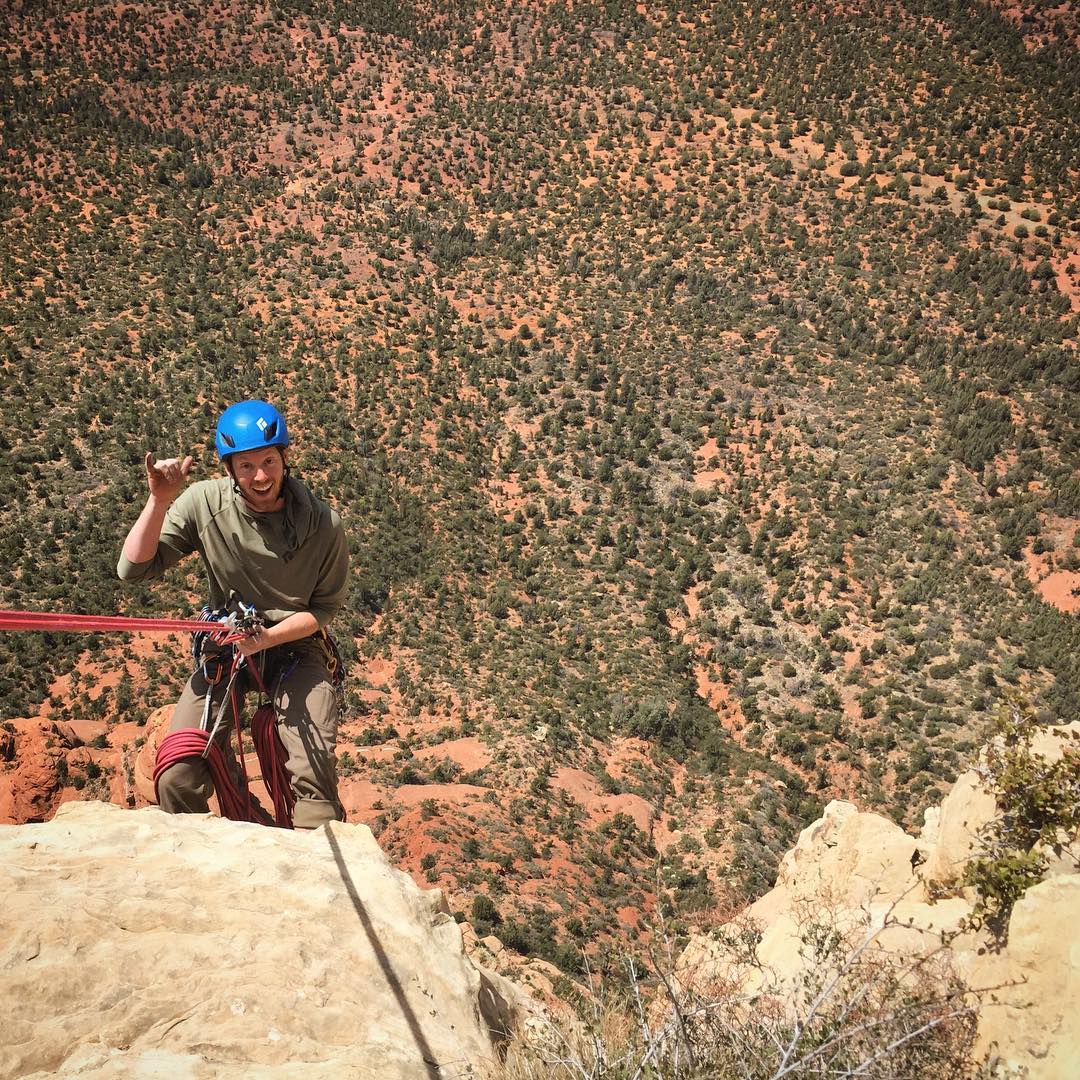 Rapping from the summit 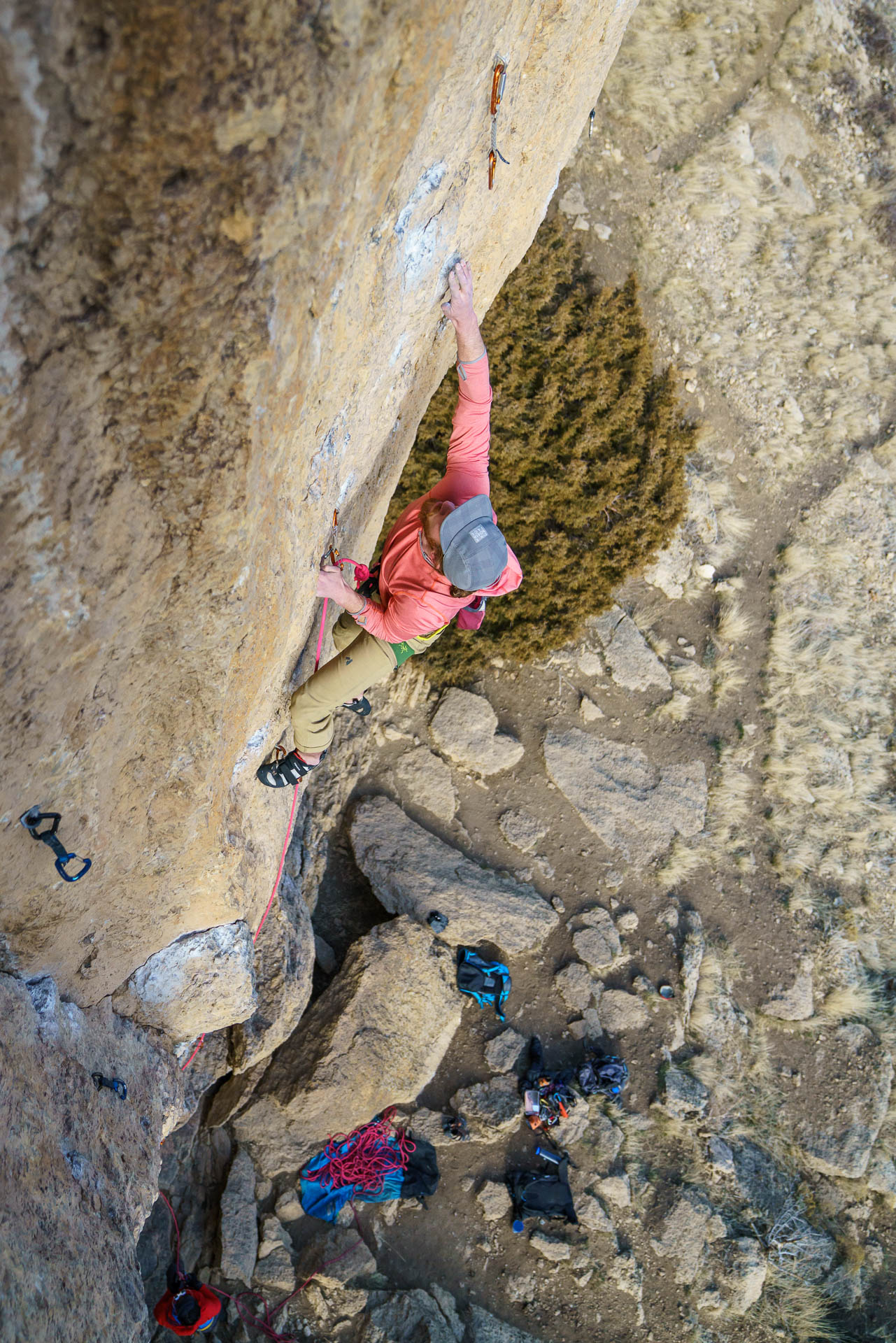 Hilton. The Road to Dushanbe, 12a+ 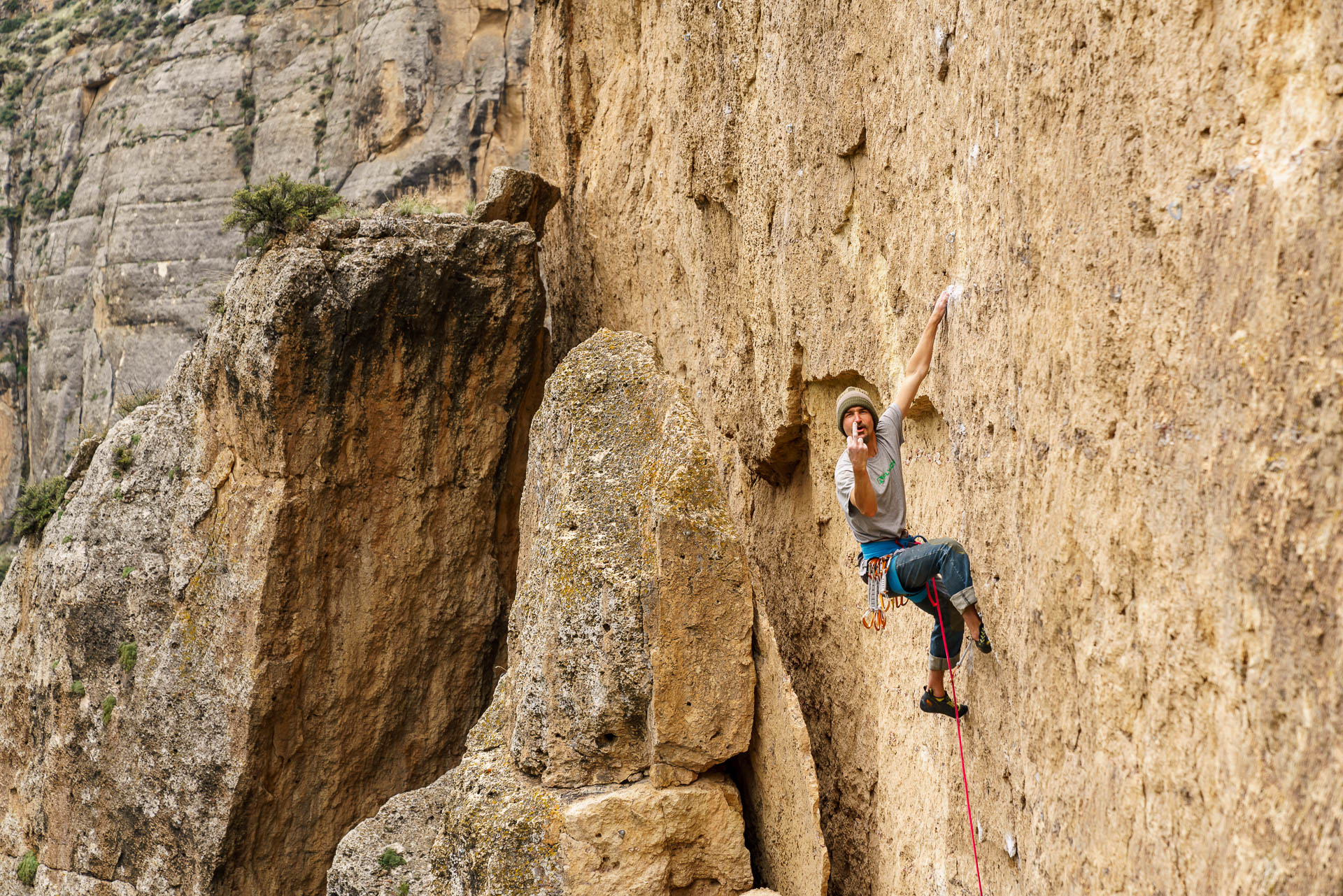 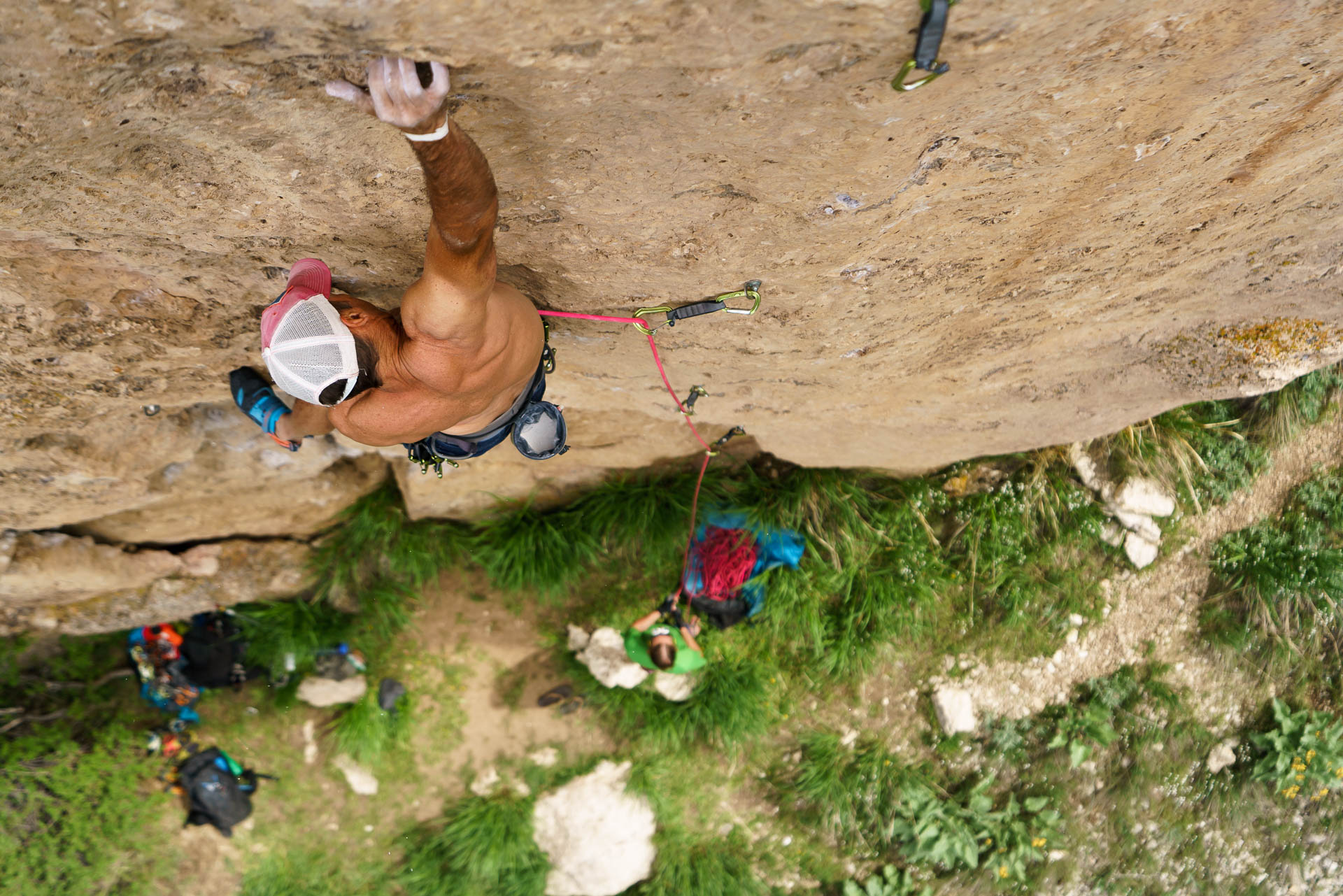 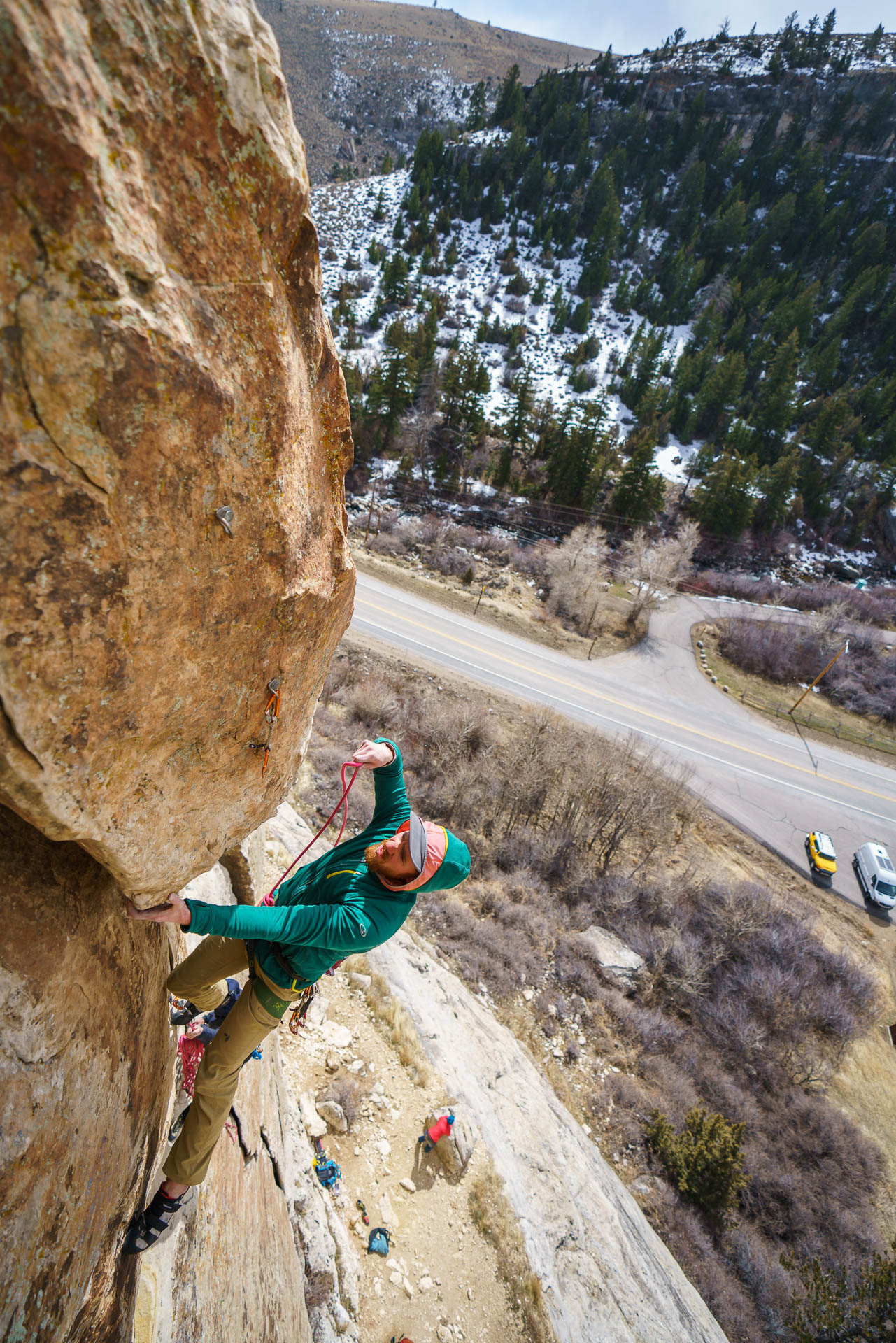 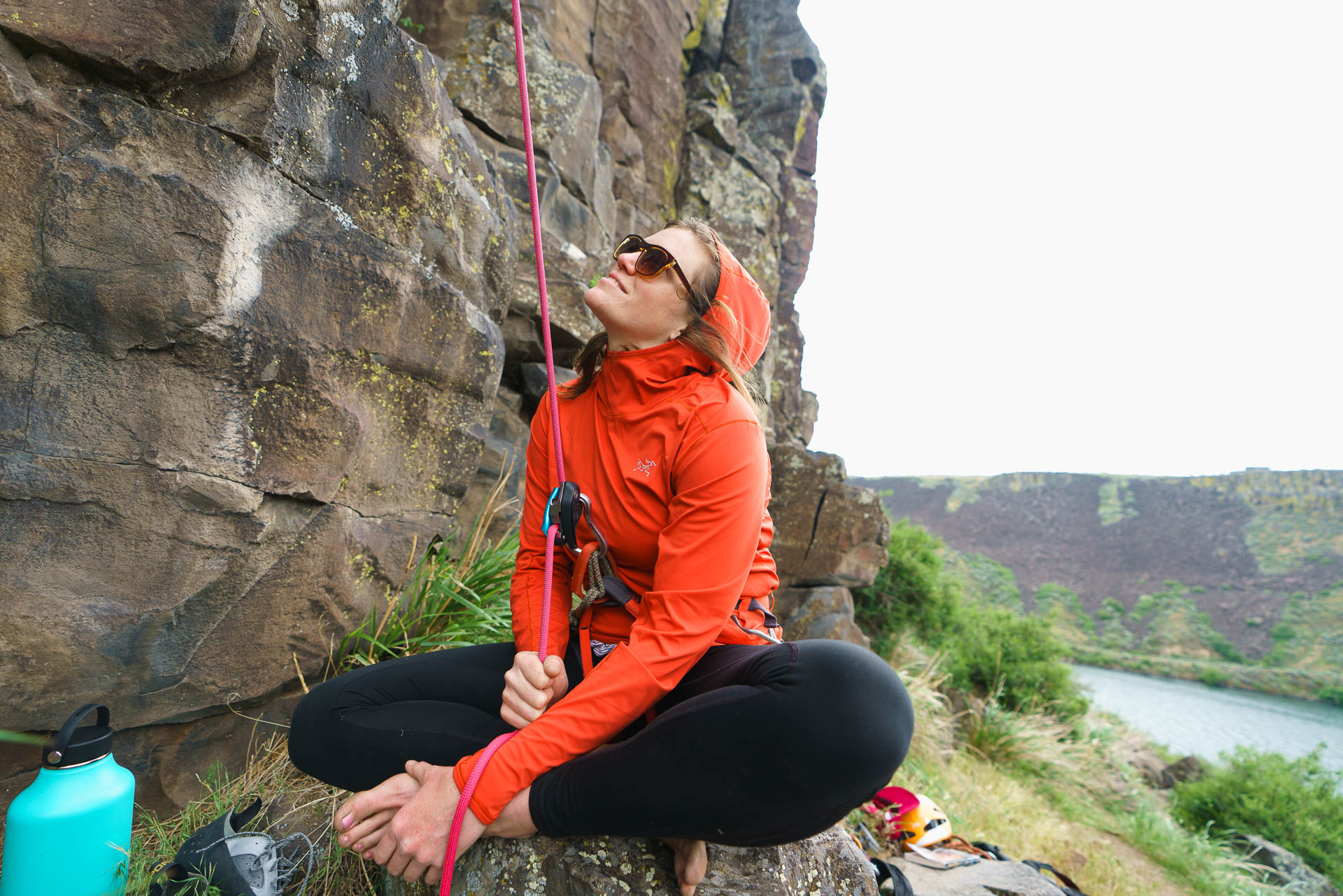 In its final land as a whole being, which was the fifth country whose stones abraded it, Pink Lightning went Over the Rainbow and up Sunset Strip, and so many things besides... 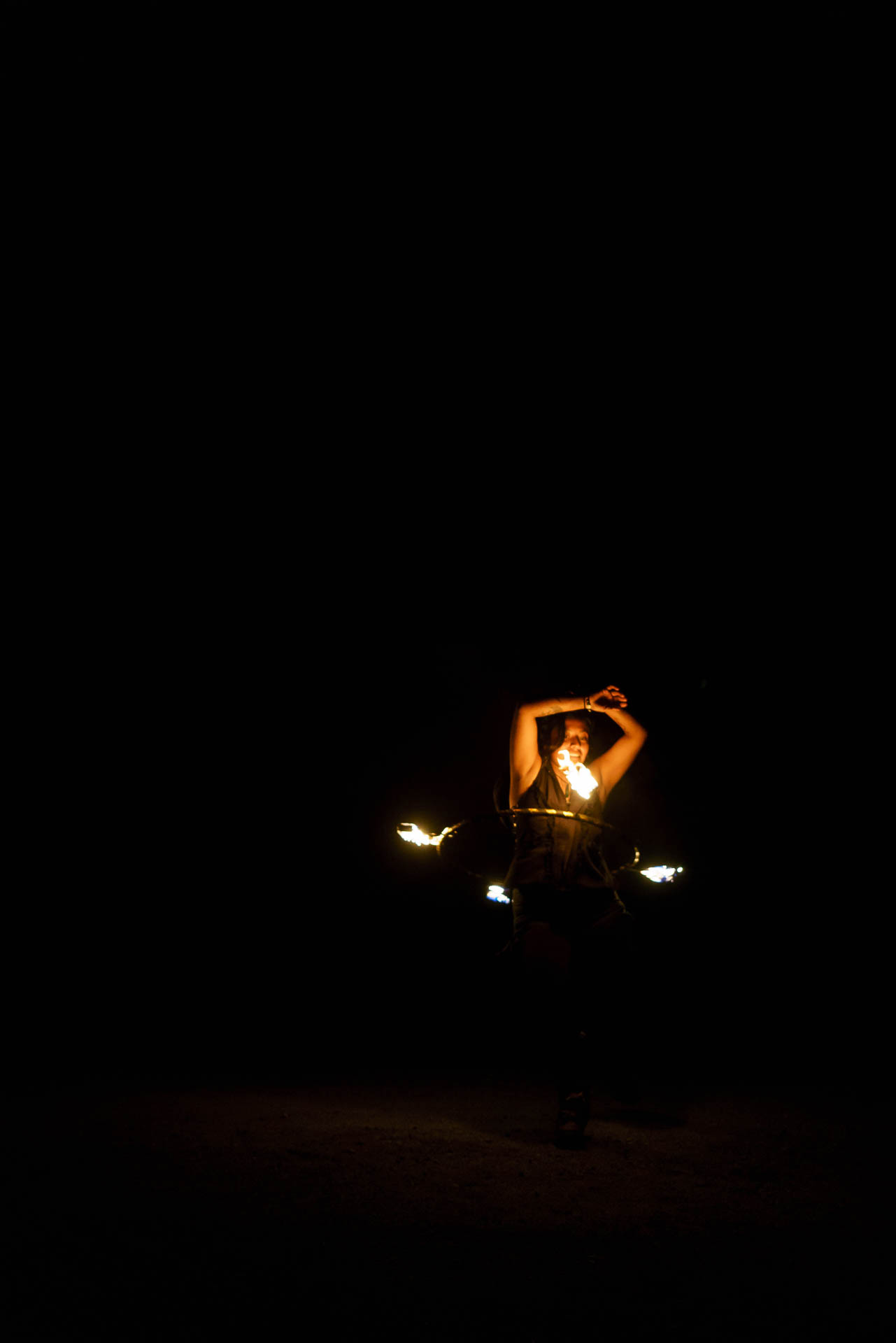 got to feel Pinky's sweet caress on a late night climb, one that finished with a free beer shared as the last of the light left the sky. 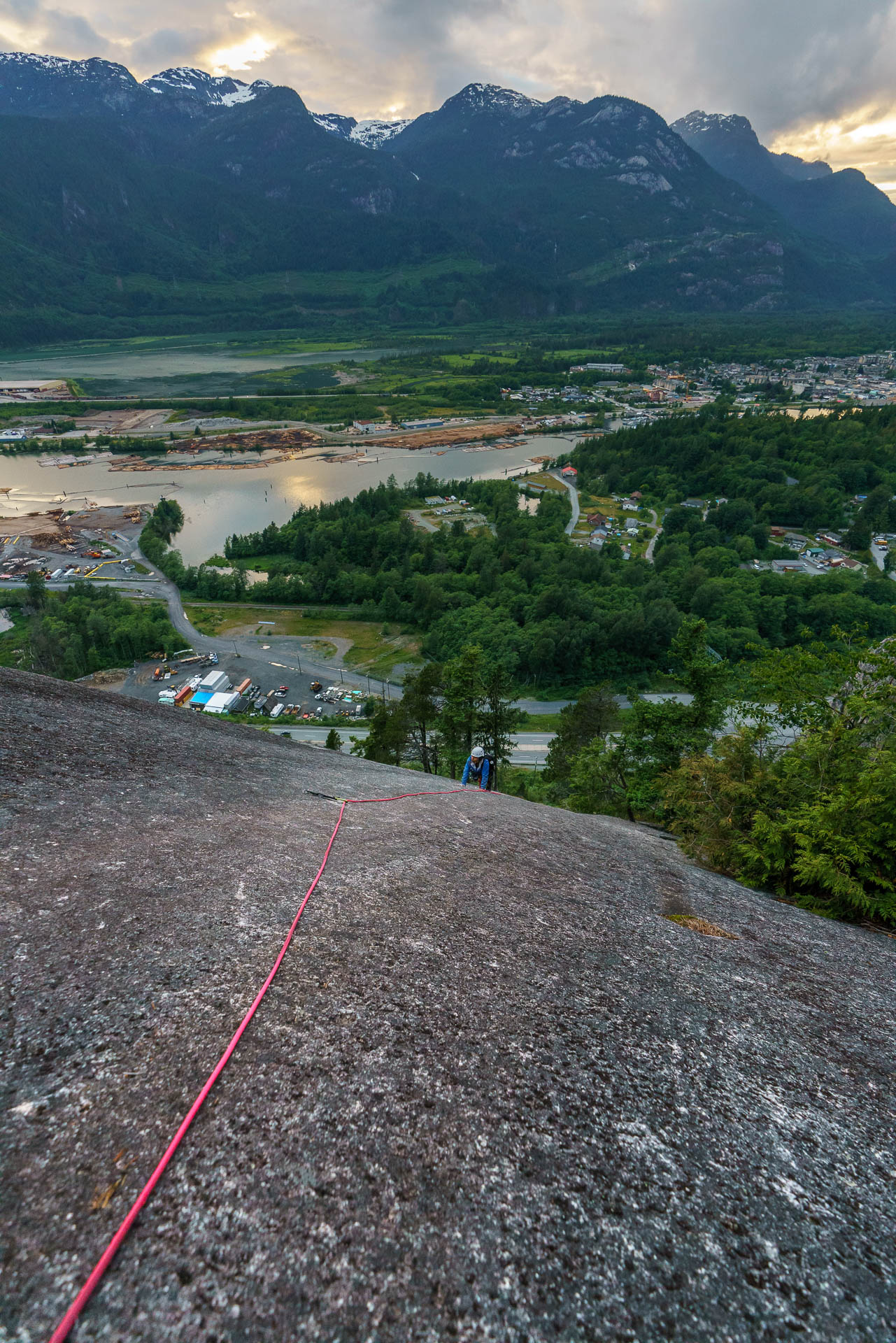 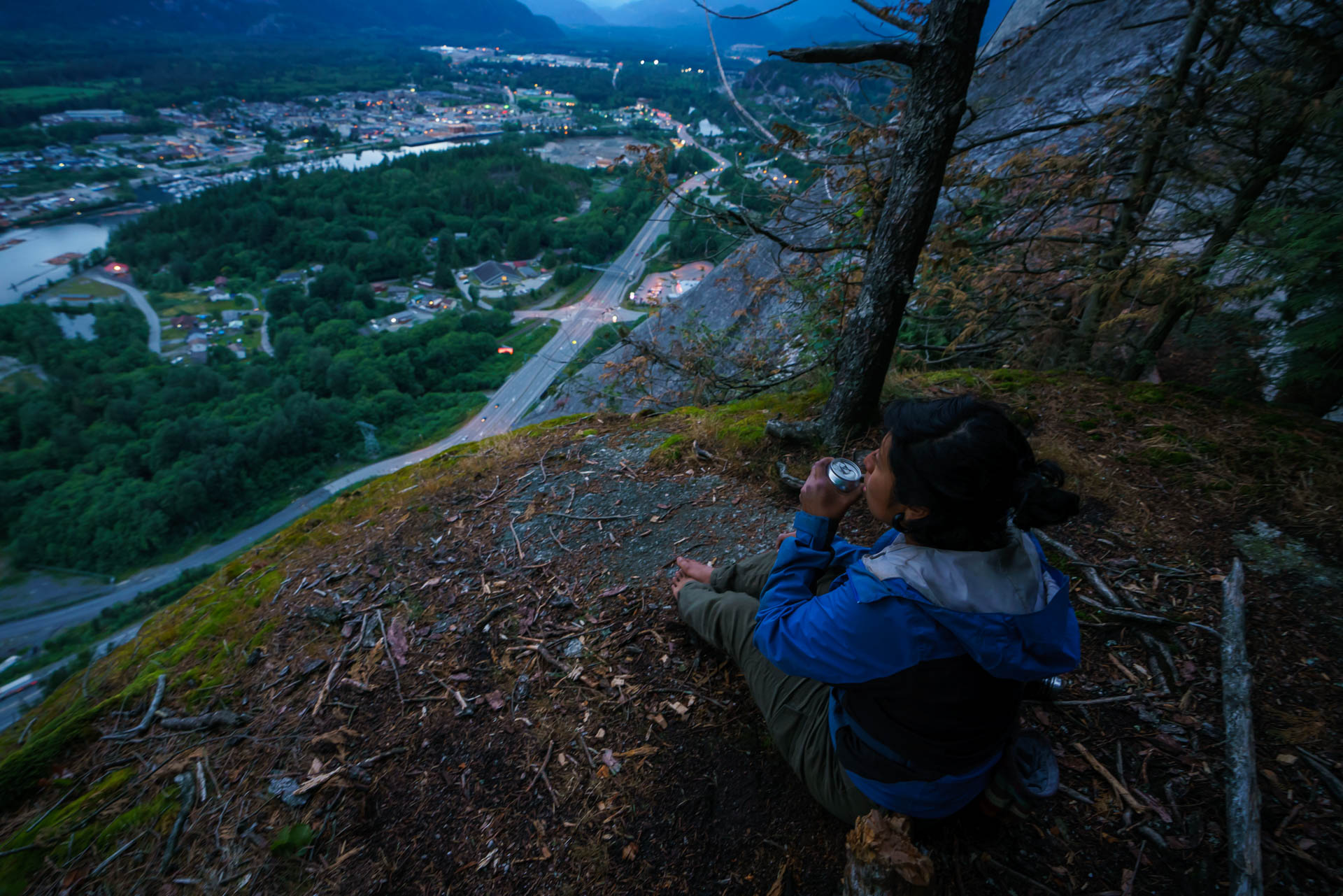 Sunset Strip, its final route took it twelve pitches up the Chief (sunsetting the rope on Sunset, I like that) with that week old core shot in it. I was pretty sure Trudeau and I weren't going to fall, so no worries, right? Besides, I at least put the shot on my side.

Two days after Sunset the good patrons of Climb On coughed and choked on the cremations of a melted and steamed Pink Lightning as I put it down with a hot, hot knife.

Perhaps thirty meters will live on as a handline thanks to the Squamish Access Society. The other forty meters are with me still, and have already proved themselves a practical friend for endeavours of a more vertically-limited sort... 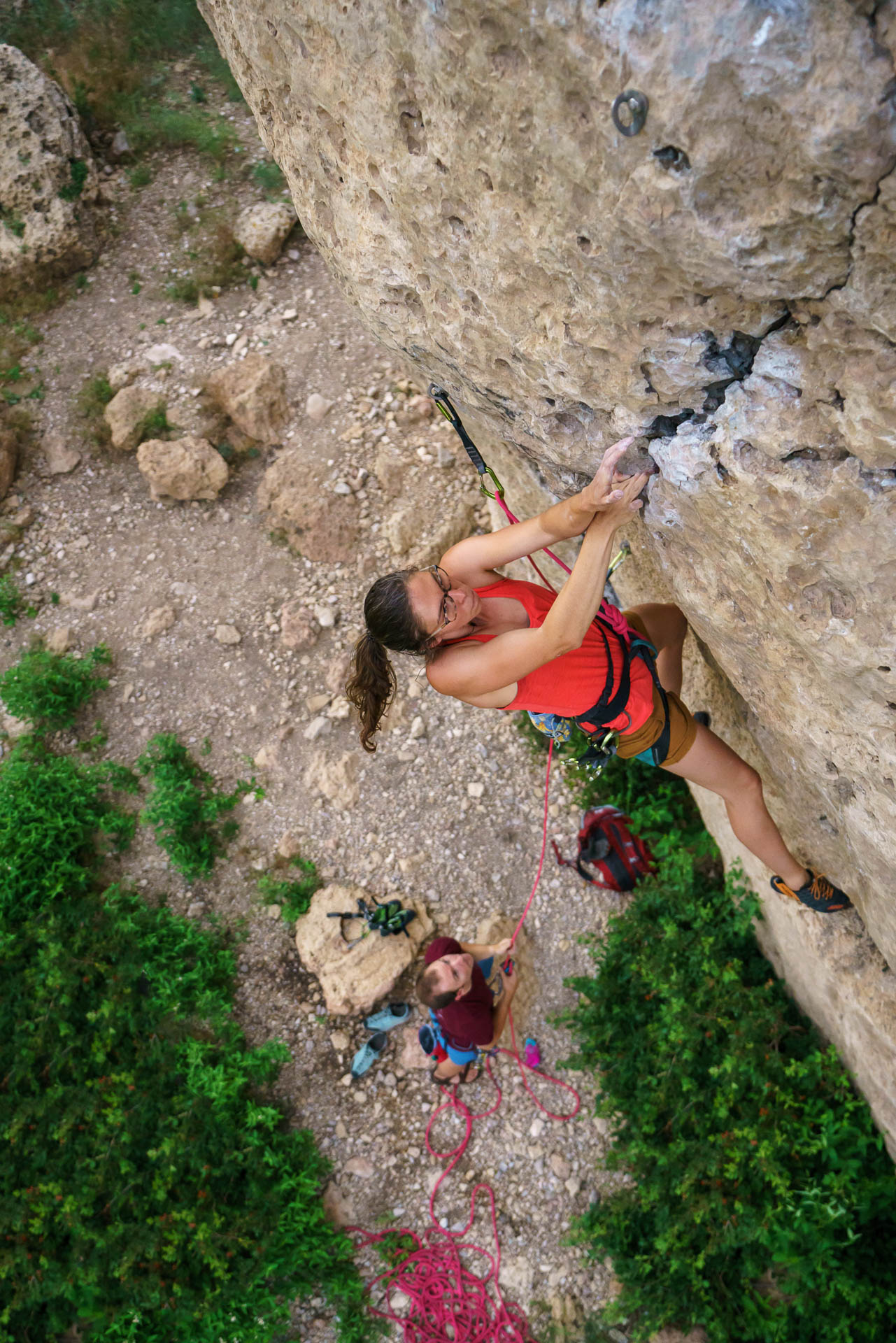 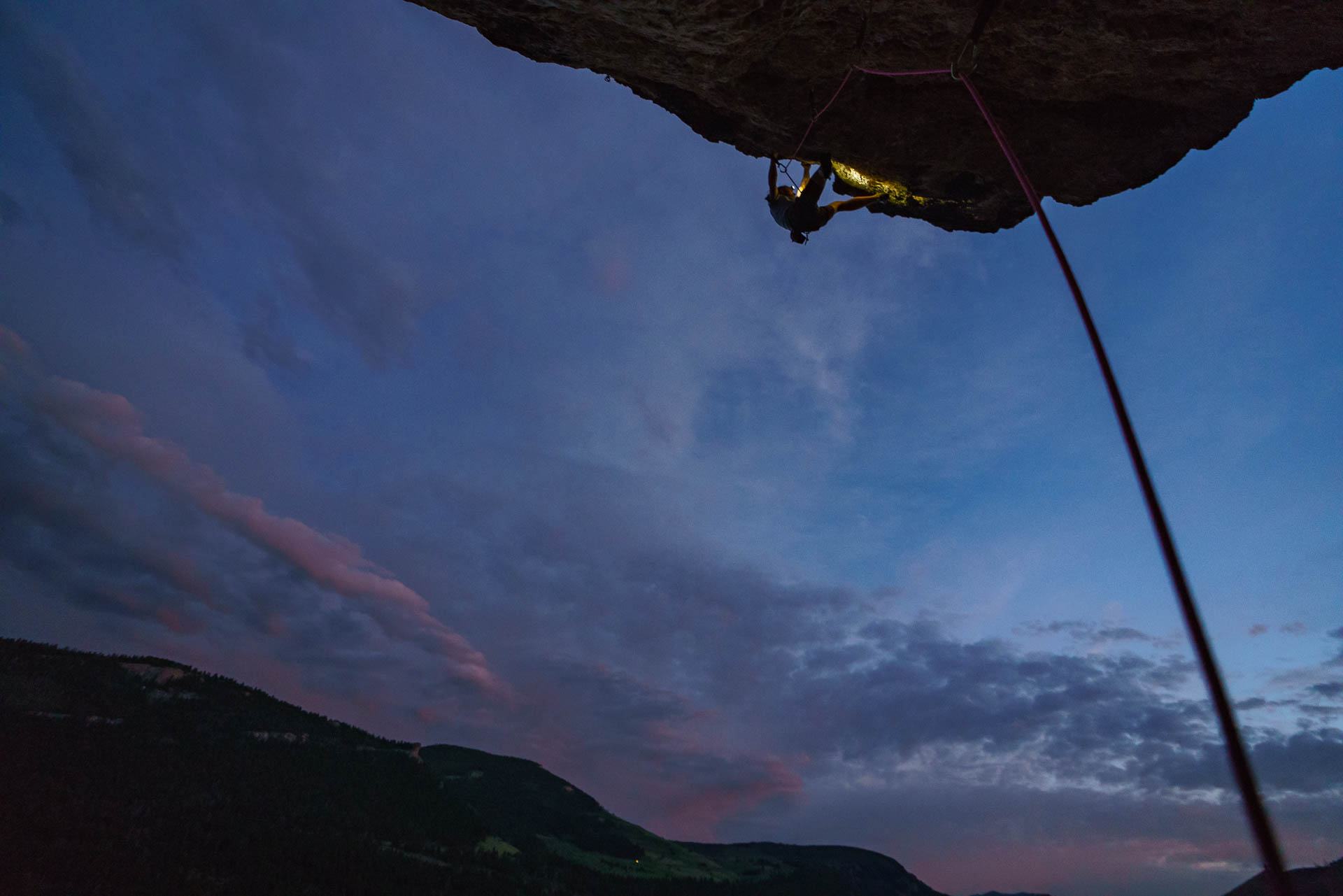