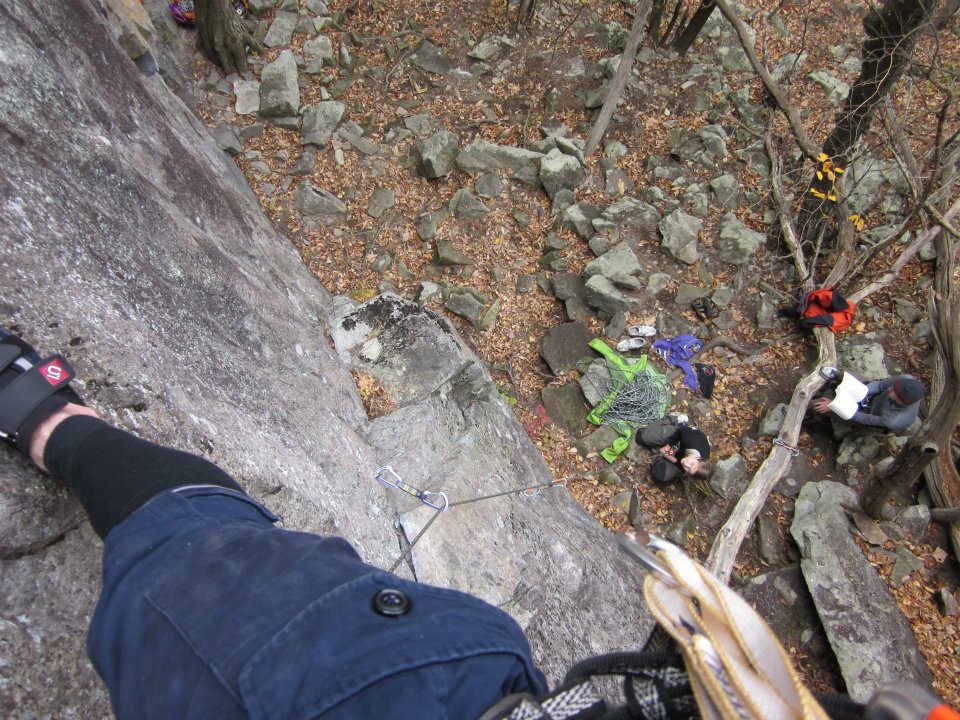 Awhile ago I had a post celebrating my getting published. A year later there's finally a pdf up on the web, so for my own sake, here's a link to that as well, and the abstract below.

As imaging, computing, and data storage technologies improve, there is an increasing opportunity for multiscale analysis of three-dimensional datasets (3-D). Such analysis enables, for example, microscale elements of multiple macroscale specimens to be compared throughout the entire macroscale specimen. Spatial comparisons require bringing datasets into co-alignment. One approach for co-alignment involves elastic deformations of data in addition to rigid alignments. The elastic deformations distort space, and if not accounted for, can distort the information at the microscale. The algorithms developed in this work address this issue by allowing multiple data points to be encoded into a single image pixel, appropriately tracking each data point to ensure lossless data mapping during elastic spatial deformation. This approach was developed and implemented for both 2-D and 3-D registration of images. Lossless reconstruction and registration was applied to semi-quantitative cellular gene expression data in the mouse brain, enabling comparison of multiple spatially registered 3-D datasets without any augmentation of the cellular data. Standard reconstruction and registration without the lossless approach resulted in errors in cellular quantities of ~ 8%

It's been quite a while since I did the work that resulted in that paper. That summer I decided research was what I wanted to do, but I also learned that I didn't want to do it in computational biology. The work was fun and interesting, but it just wasn't for me. I'll leave the organics to my folks.

So, I started looking for what I would go to grad school for. I had been studying Japanese for a year back then, and thought, if I was lucky, I might just find a field that would let me combine my budding passion for language with what I'd spent all my time at university doing, computer science. Trawling the wikipedia computer science page I saw a magical field within the domain of computer science with a key word in it: "language". A few clicks later I had the Ph.D. thesis of some Australian guy entitled "Making Lexical Sense of Japanese{English MachineTranslation: A Disambiguation Extravaganza".

I printed it off immediately, right there in the middle of my shift at a government job, and read it all. The descriptions of the algorithms tried and tested in the Ph.D. had me excited to jump ahead to the results; I wanted to see that data with the same thrilled anxiety that has you wanting to skip ahead in the latest chronicle of your favorite fictional character's adventures. Clearly, this was the field for me. I was getting off reading the Ph. D. thesis of some stranger published ten years before.

That summer, I decided what I would do with my life for the next few years. The next summer the Critical Language Scholarship(CLS) would take me to Japan and finally give me real instruction in Japanese. After that, I would do a year at Tohoku University in a program that lets you focus the majority of your time on research. I'd work under Professor Inui Kentarou, who just happened to go to school with that Auzzie guy from earlier. This seemingly random fact, along with the amazingly fruitful results from my year of research at Tohoku, would be my key into the University of Melbourne for graduate school, where that Auzzie just happened to be head of the Natural Language Processing lab. Six years (more, knowing me) of my life, figured out over a few hot summer days in a desert in Washington.

CLS had over 600 applicants to their Japanese program; some thirty odd hopefuls got in. Of course they took me, they had to. After all, I had a mission. I got in to Tohoku without any problem, and was so caught up in my dream I was reading definitive texts on NLP while my friends were climbing rocks.

But things stopped going quite the way I had planned for them to. Nothing really came of my ambitions at Tohoku, and now that it's two years after I hatched my Plans a very different Matt is making decisions. The hardest depression spell I've ever had wrecked a semester,

but I've somehow made my way out of it with an appreciation for life I've never felt before.

Graduate school no longer seems as immediate. Even with graduation within sight no applications filled with the fevered writings of a man with a Vision have been put in my mailbox. I've been offered a job in a town where I've learned how to love my life, which is so full of loving friends, adventures, fun, and beautiful sites that I'm rather at a loss as to how I came to have it.

Maybe the day will come that I'm giving as much time to my noggin as I currently am to my climbing rack and skis, but it's somewhere out on the horizon. Give it two years, when a new and changed Matt is in the wheel again.

Now, if you'll excuse me, I've got four days of skiing to attend.