I was excited for my first-ever simulclimb, where both climbers are climbing simultaneously (get it?). It's fast and efficient, but more-or-less requires that you're moving on terrain where you "know" you won't fall. Not that you'll die, but there will be nasty consequences. Worst of all, the consequences will probably land on your partner, and that's just not fair.

Darren took the first lead. After three hundred feet of climbing he belayed me up on a #4 and we switched off. I immediately got off route, but Darren caught my mistake before it went too terribly wrong. I downclimbed twenty feet and things went well after that. 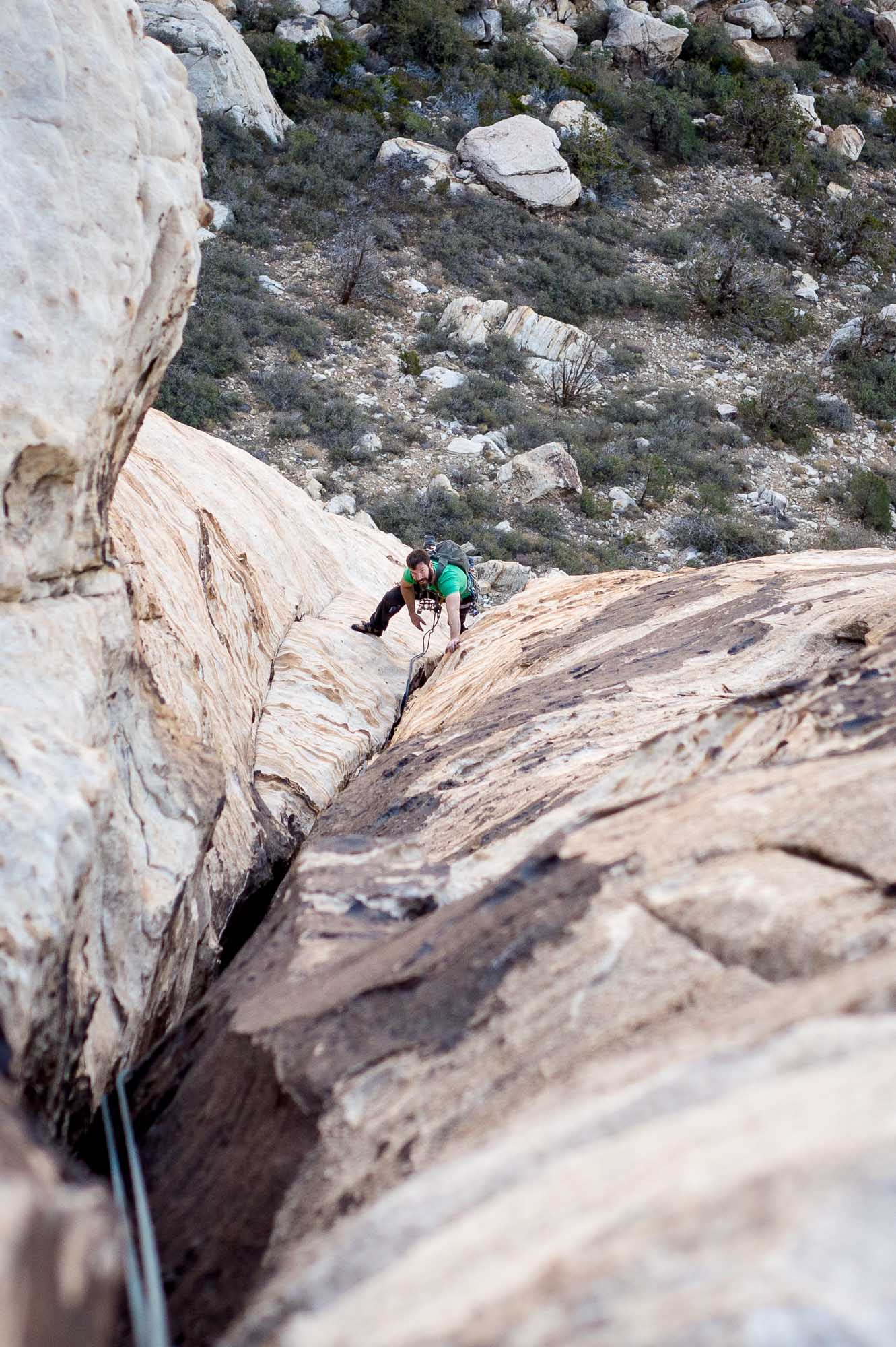 I took advantage of a bolted belay to swap leads with Darren again. 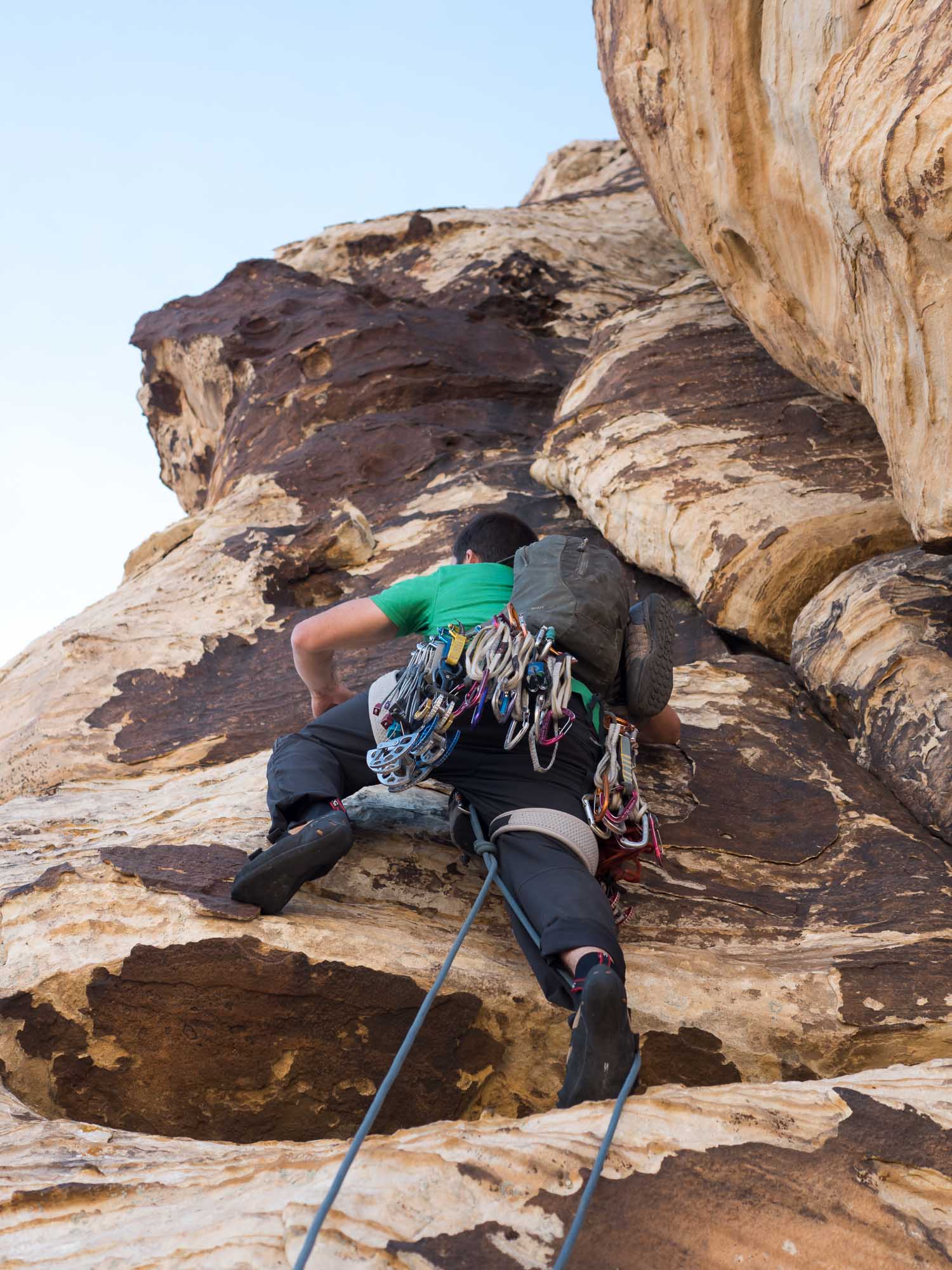 We topped out in an hour and a half, climbing at a casual pace. 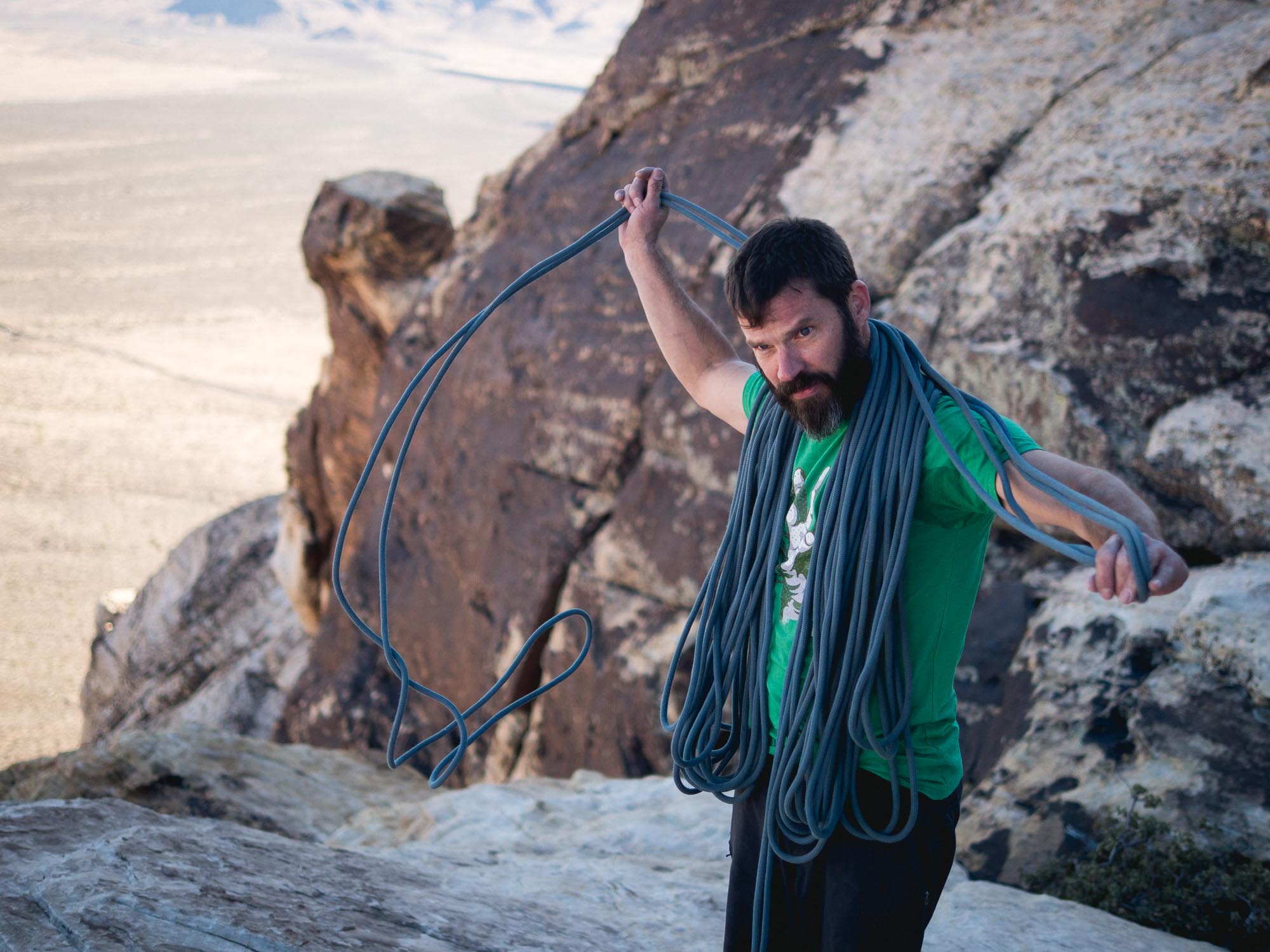 The descent wasn't too bad, and had some interesting artifacts to check out. 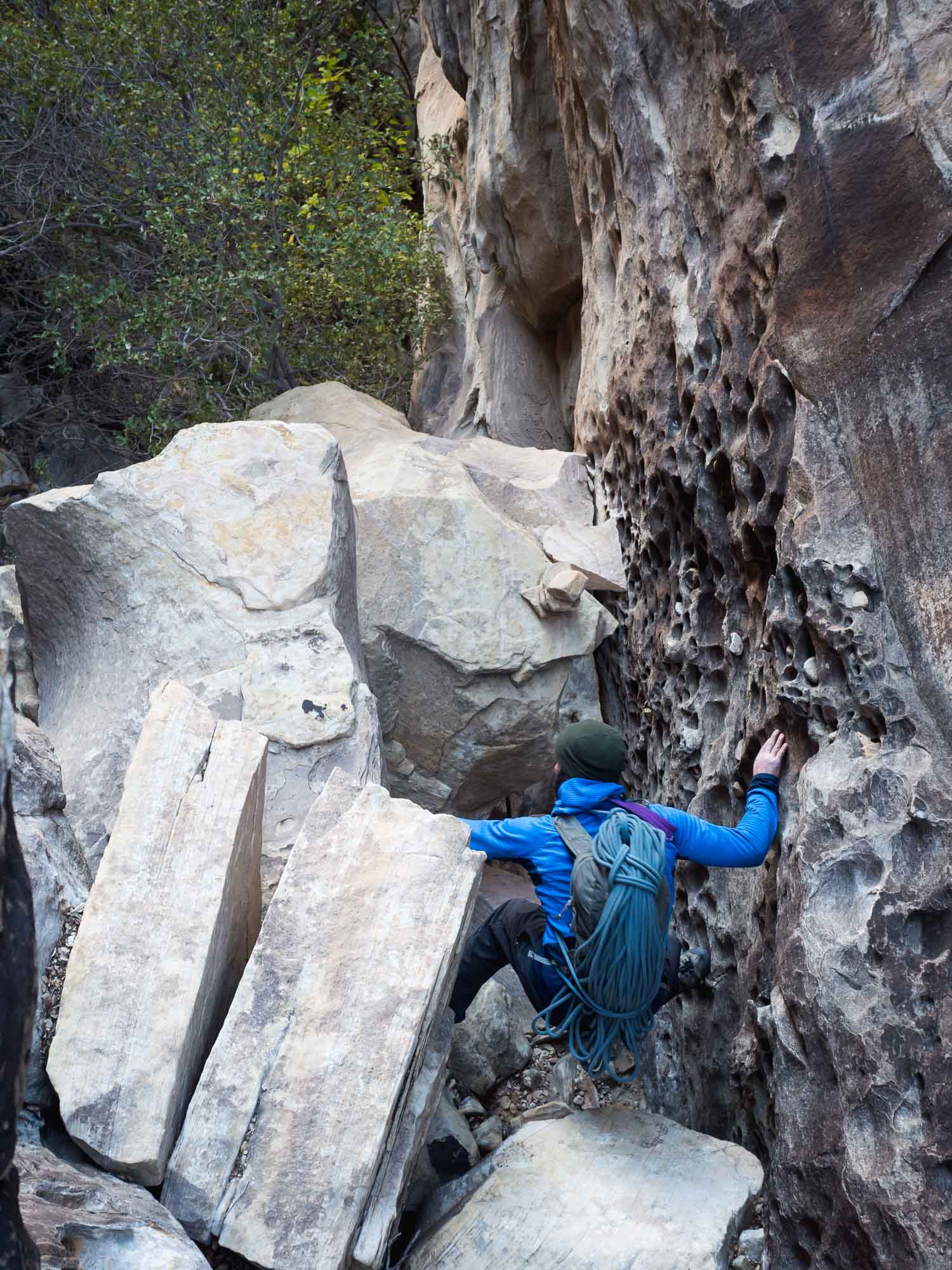 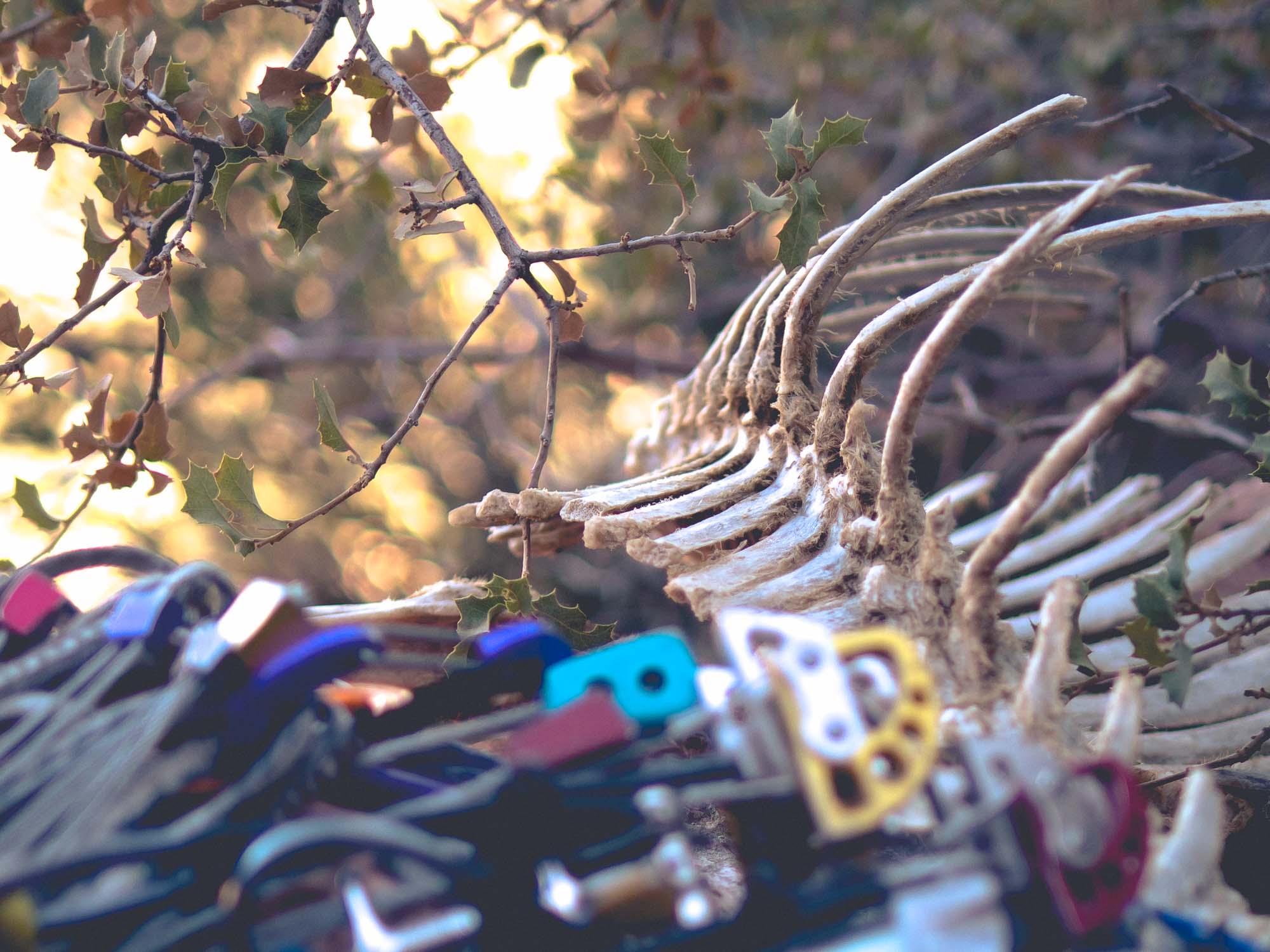 Back at the parking lot we enjoyed some brewskies and laughed out loud at how well the day had gone. 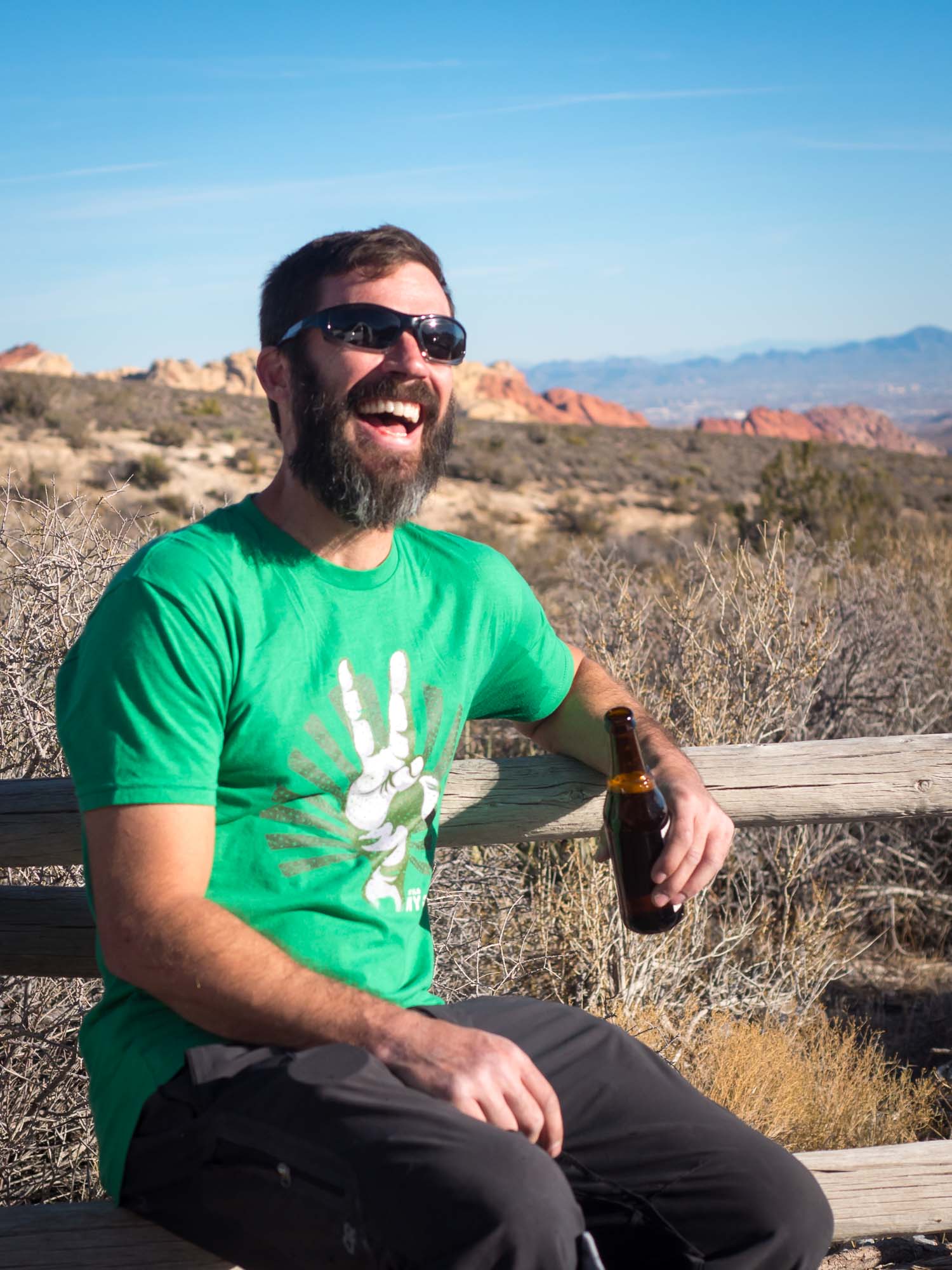 That evening at his place, Darren gave me beta on how to find my way to Joshua Tree's Hidden Valley campground. A diesel fill-up and I was on the road.