An Interlude Back Home

When I got back from the blur of long nights out on the town on my business trip in Denver (so close to home, yet still two weeks from it) - 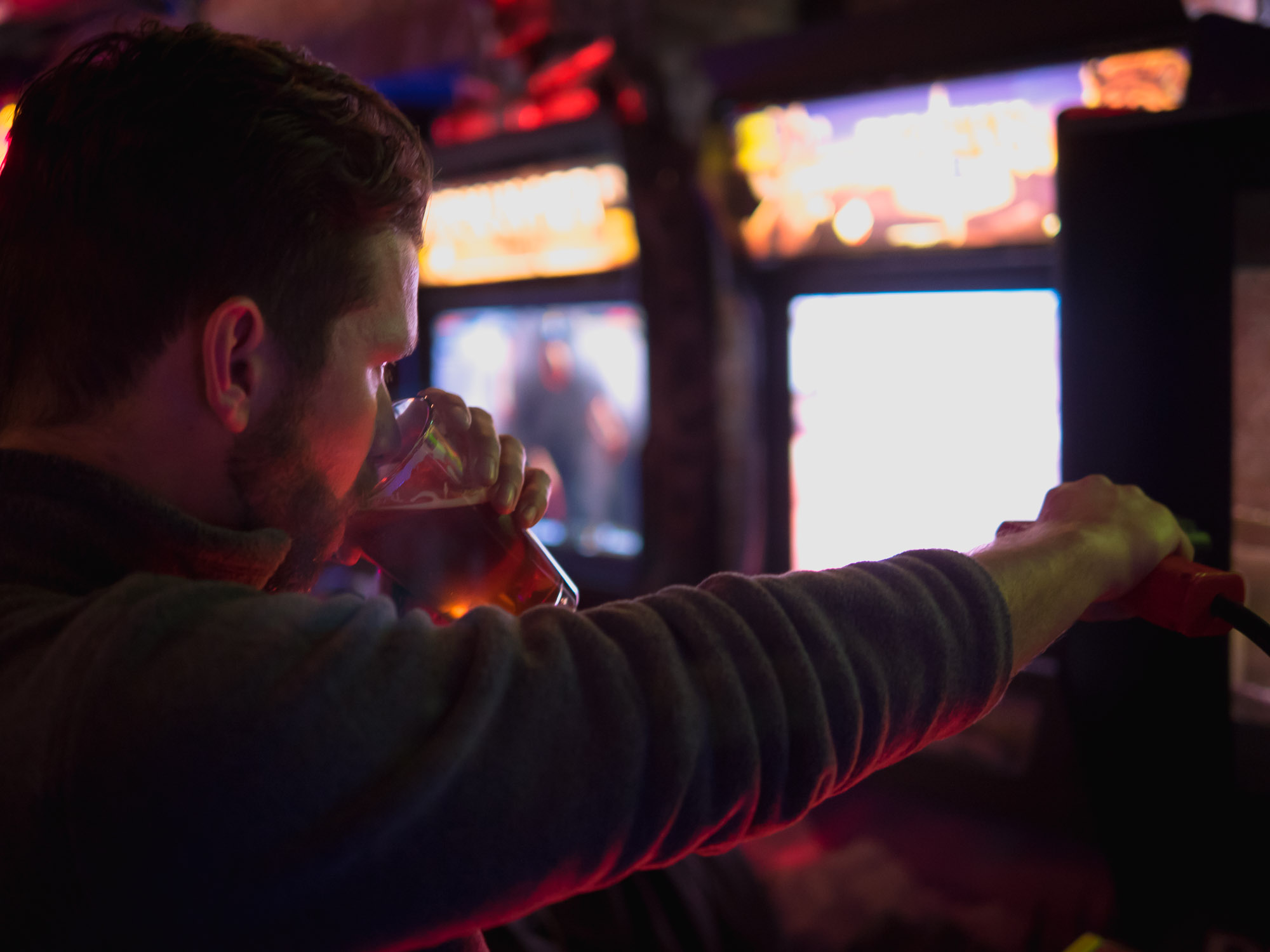 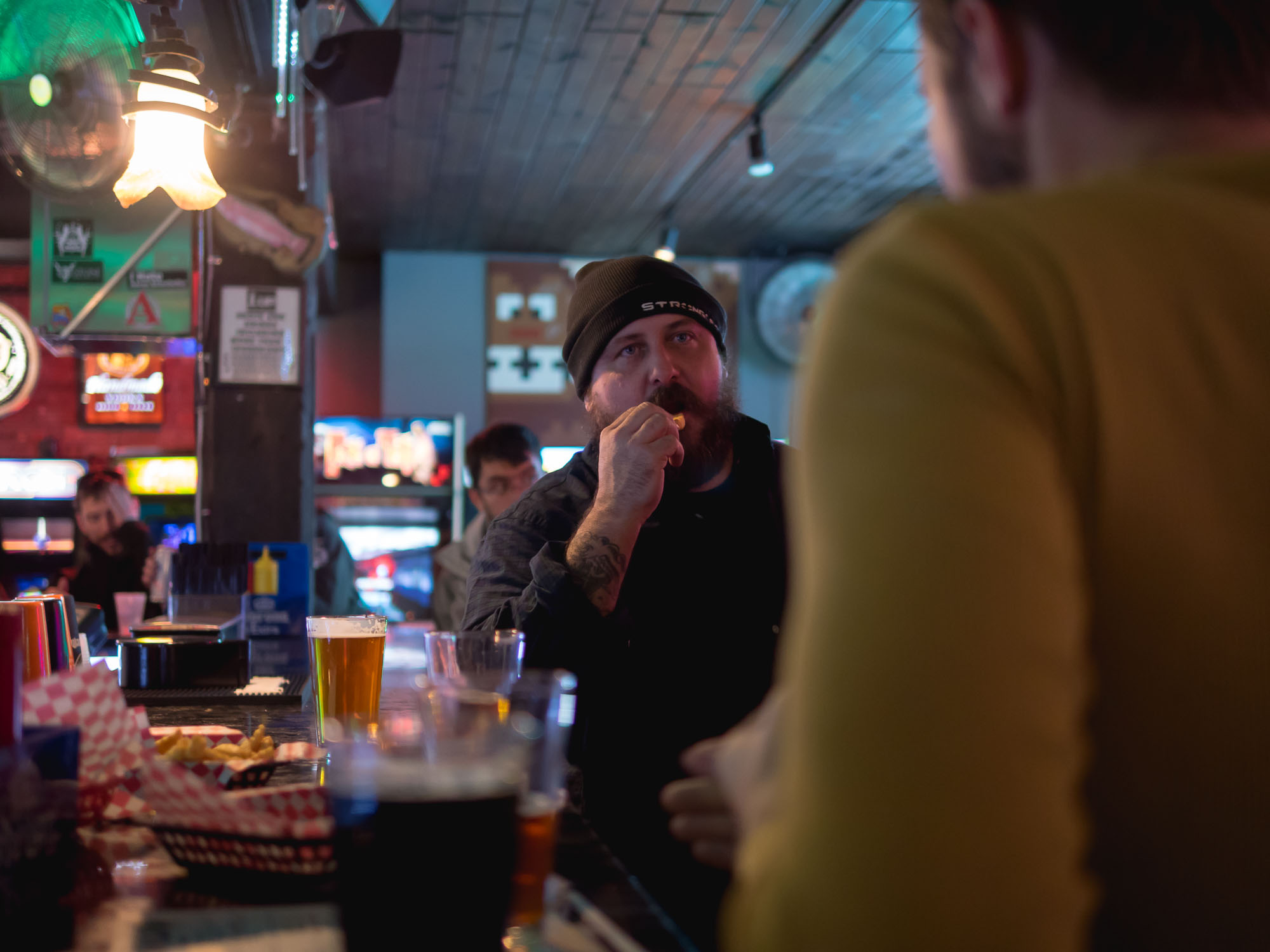 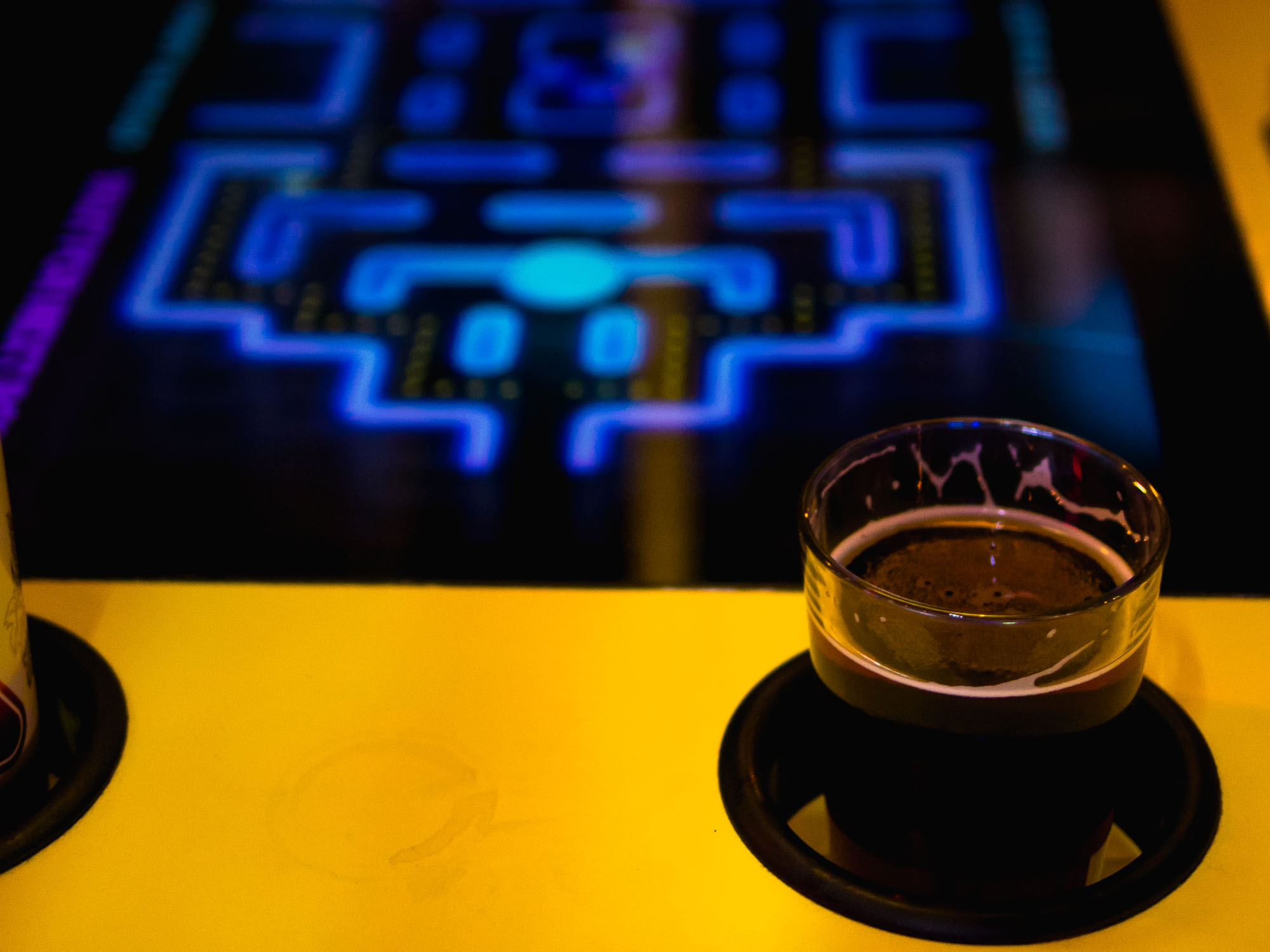 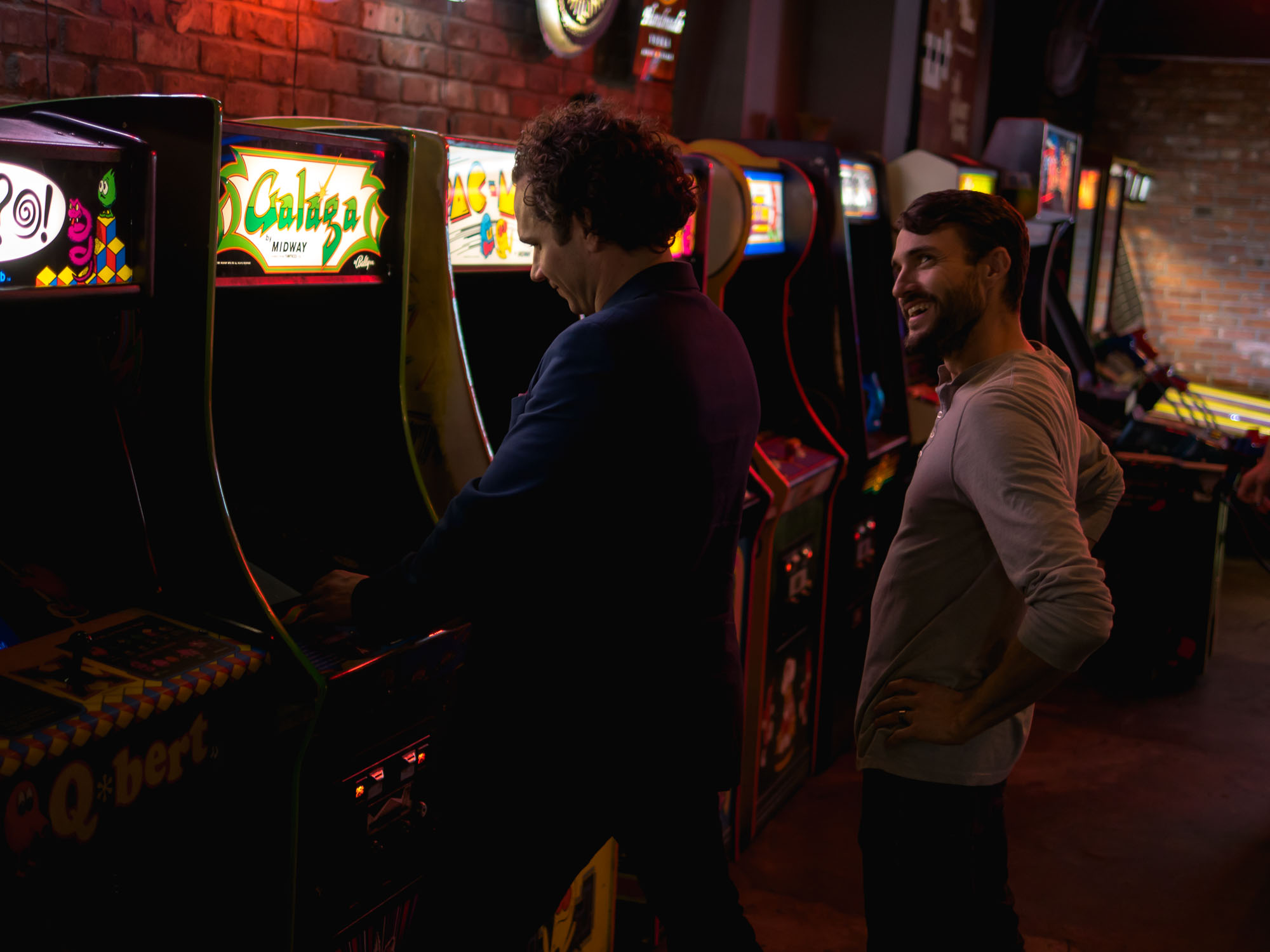 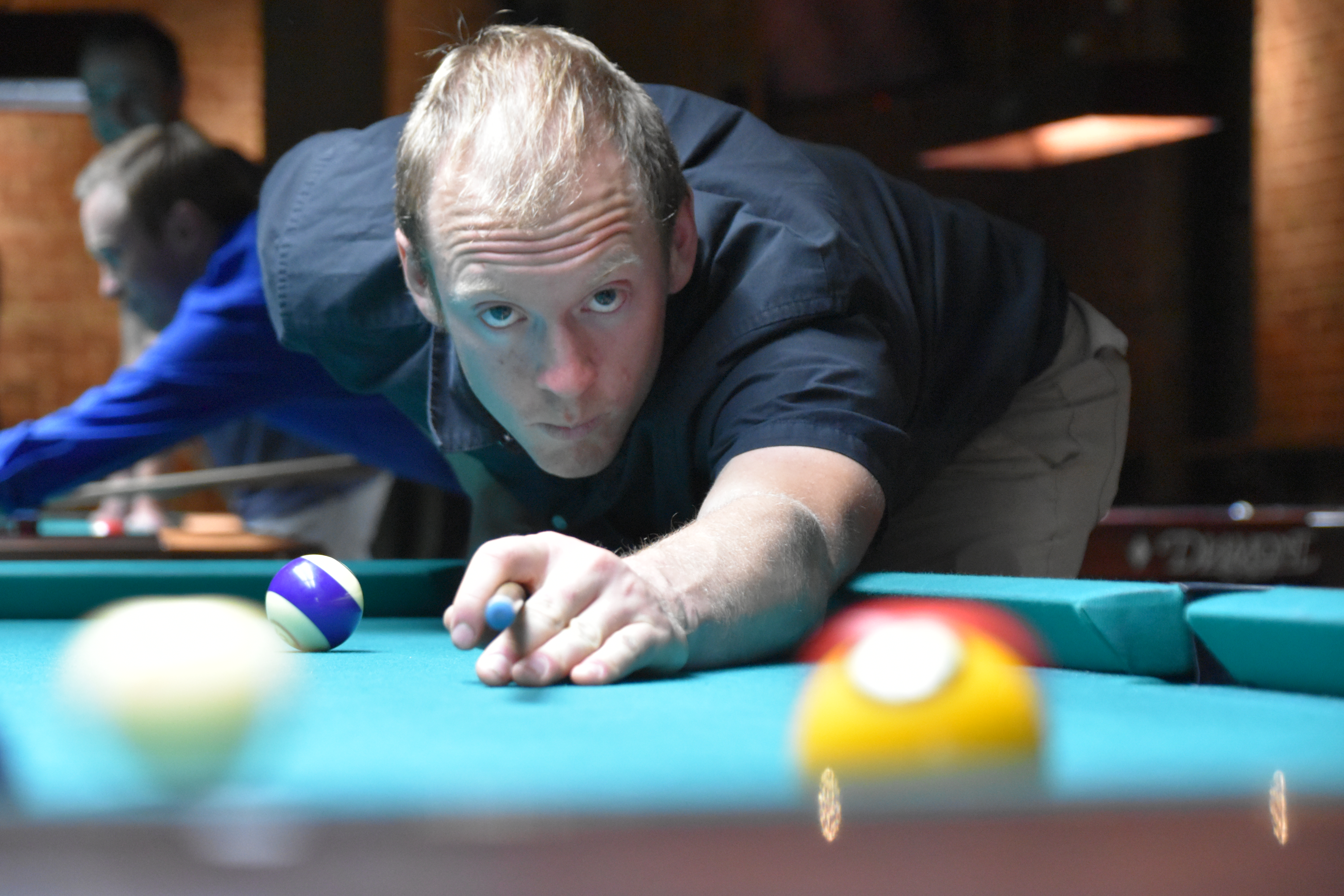 - I met up with some acquaintances that I had met through rather strange circumstances. I don't think the tale's been told on the blog yet, so:

One summer evening at the 'Voo Stebbins and I jumped in front of a crew waiting to get on Ed's crack, promising we'd be really fast. Stebbins racked up and I fed out about fifty feet of rope and "put him on belay". While Stebbins ran up the start of the climb I switched off my shoes, completely ignoring him. When he ran out of rope, I put out more. "He better not just solo it," I told the kids next to me. "If I put him on belay and he doesn't place a piece I'm going to be pissed."

I took him off belay and started up the route.

"Hey, I don't think you're on belay yet?" someone back on the ground called up at me.

"No worries. I will be at some point," I replied.

A few days later, either I found those people on Instagram or they found me. A few months later we met up to boulder in Oak Flats outside of Arizona. Savannah and I had bonded talking lovingly of Ten Sleep, and struck a deal to try to meet up someday.

And yes, you heard that right.

Unlike me, Savannah and James are strong like bull, and pull hard on the tiny holds of tiny rocks. 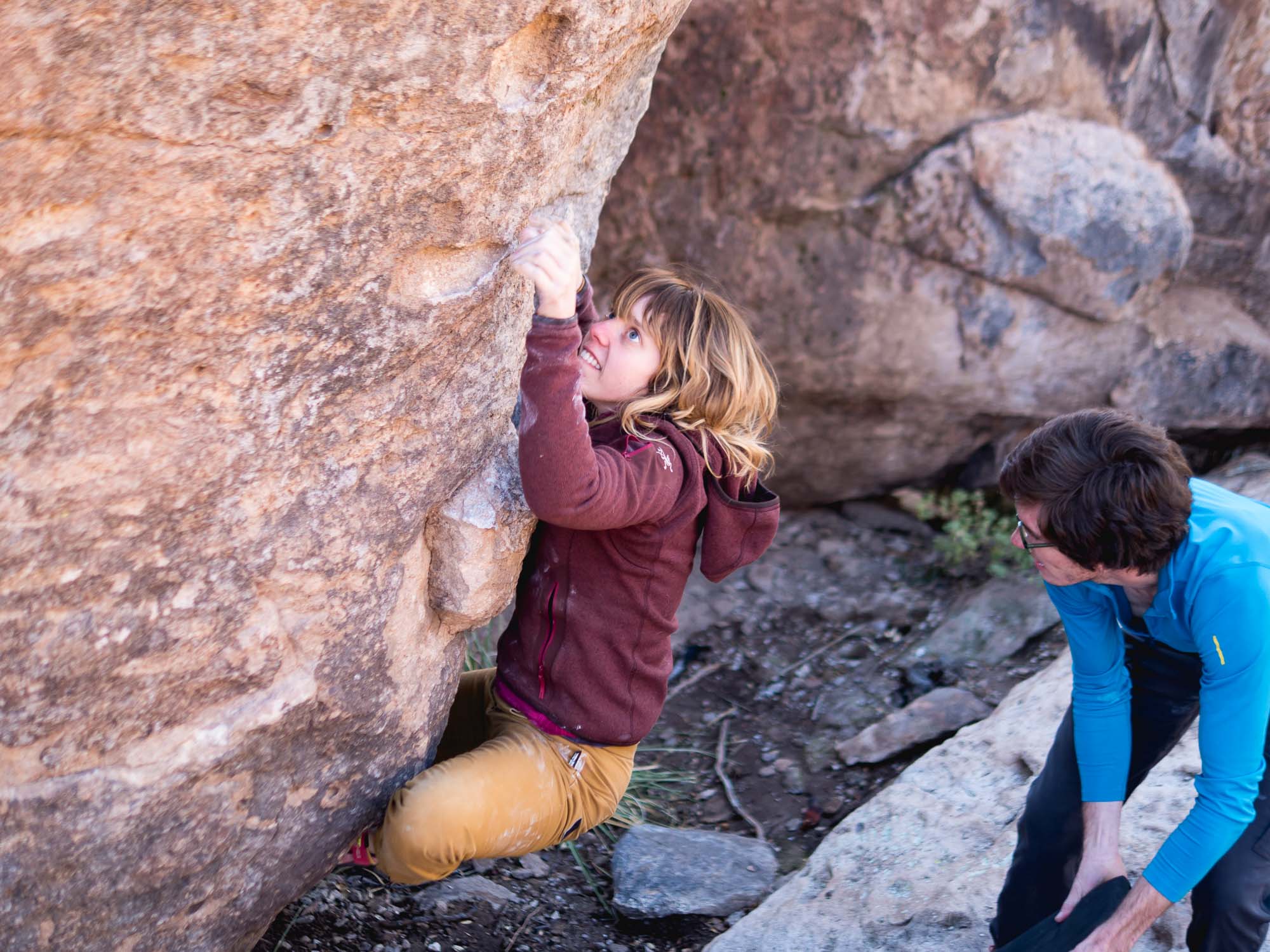 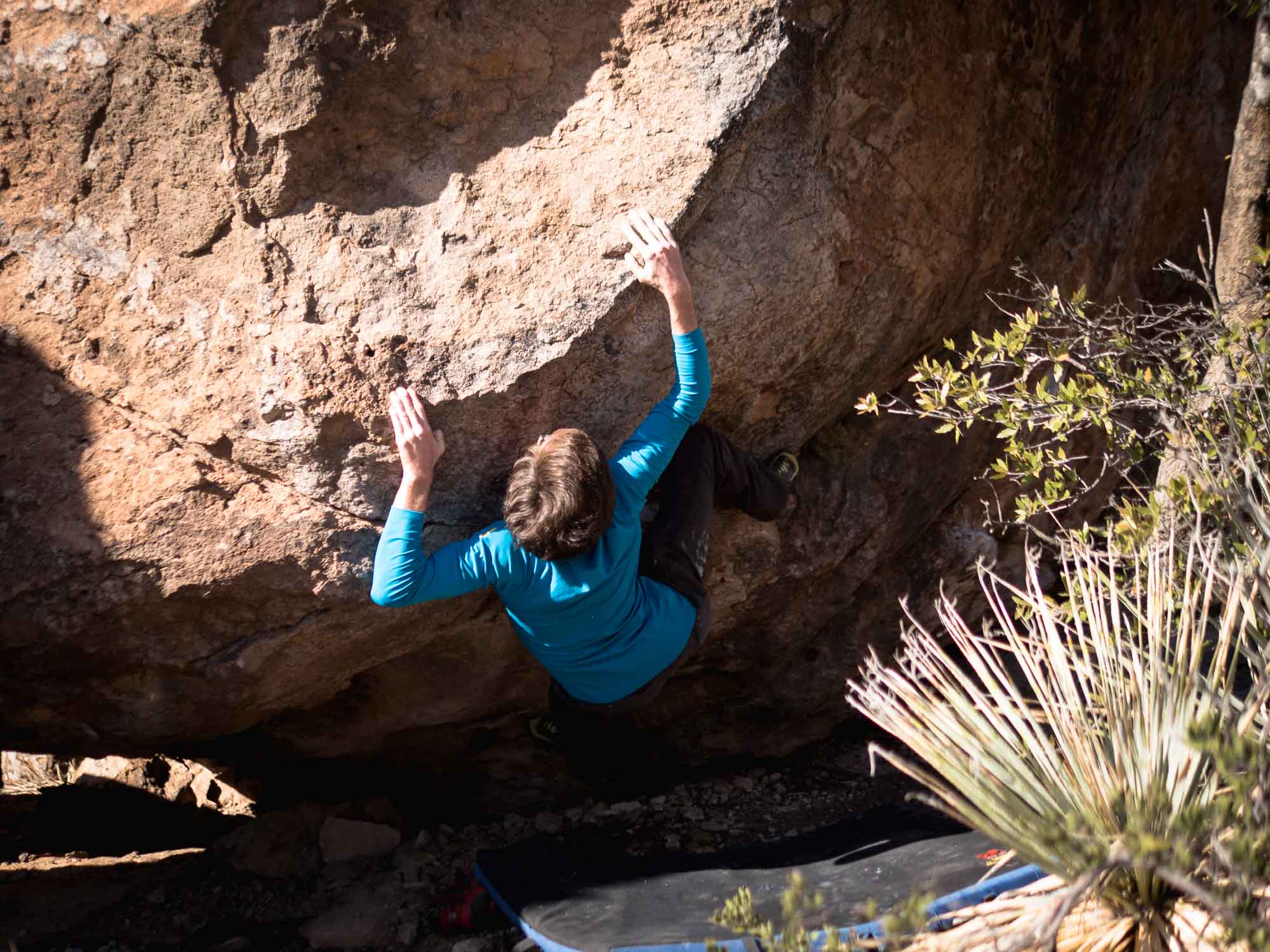 Me, well. My hardest bouldering send remains a V2 if I don't get to count the things I've sent with a harness on... 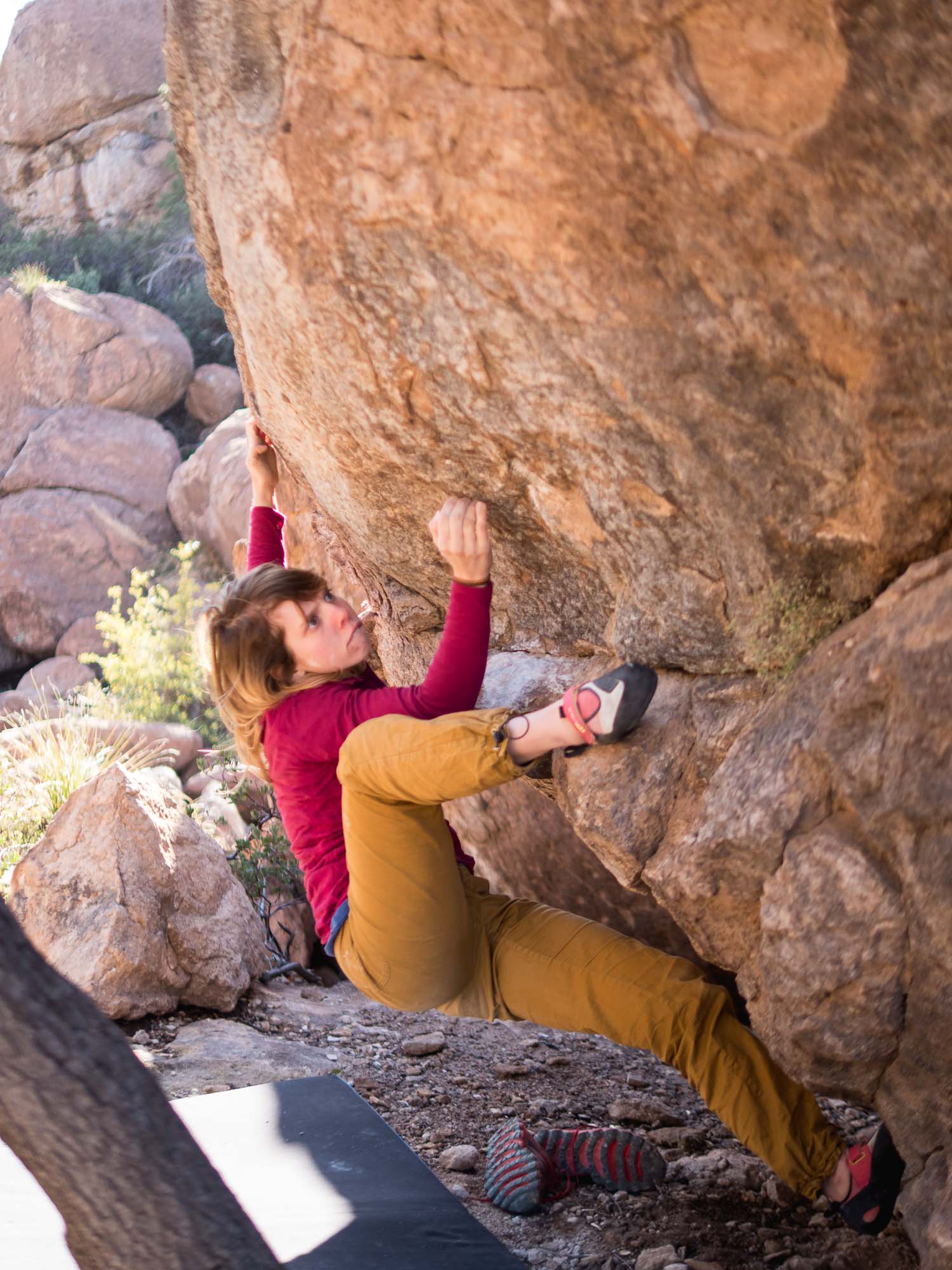 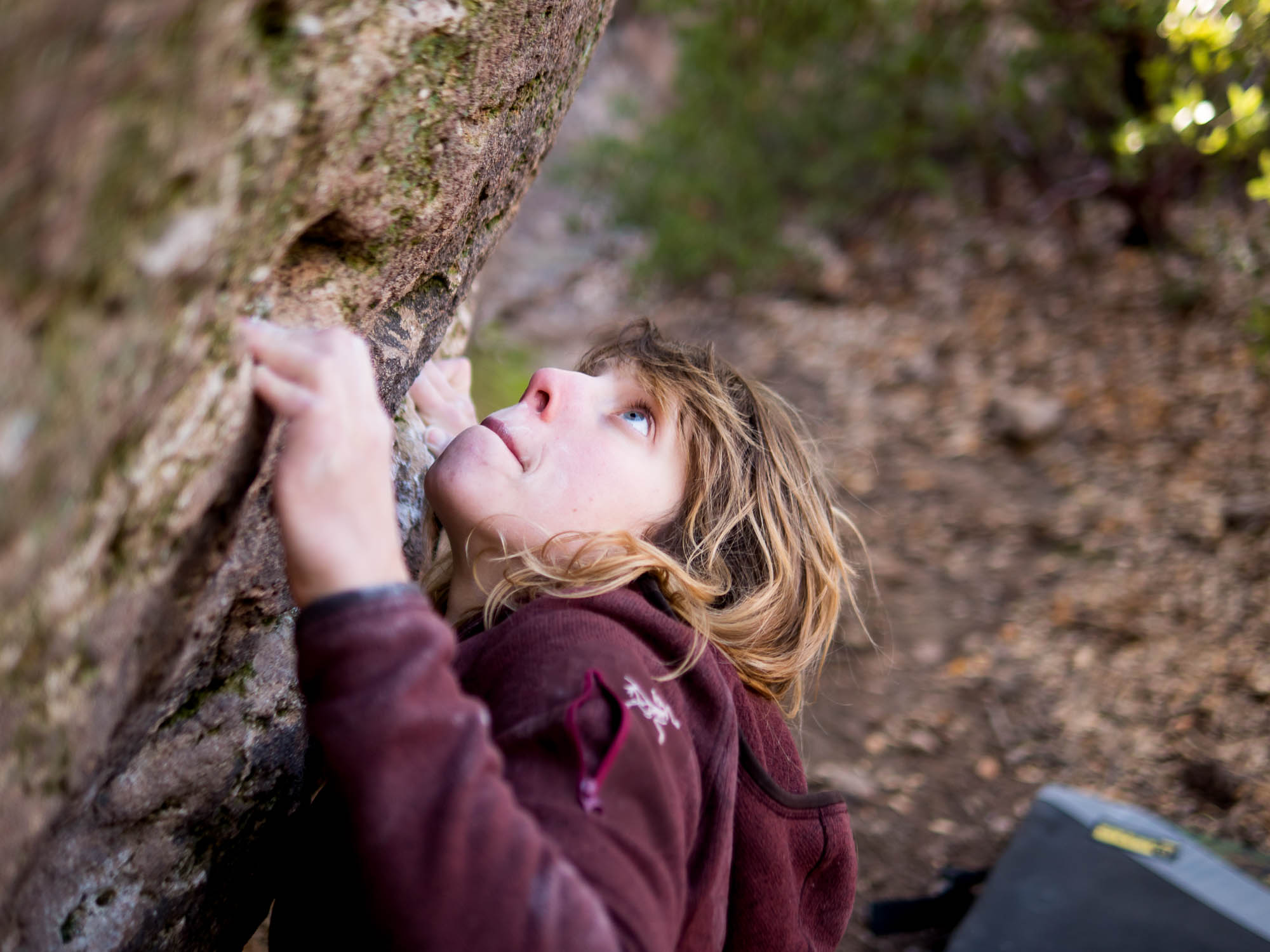 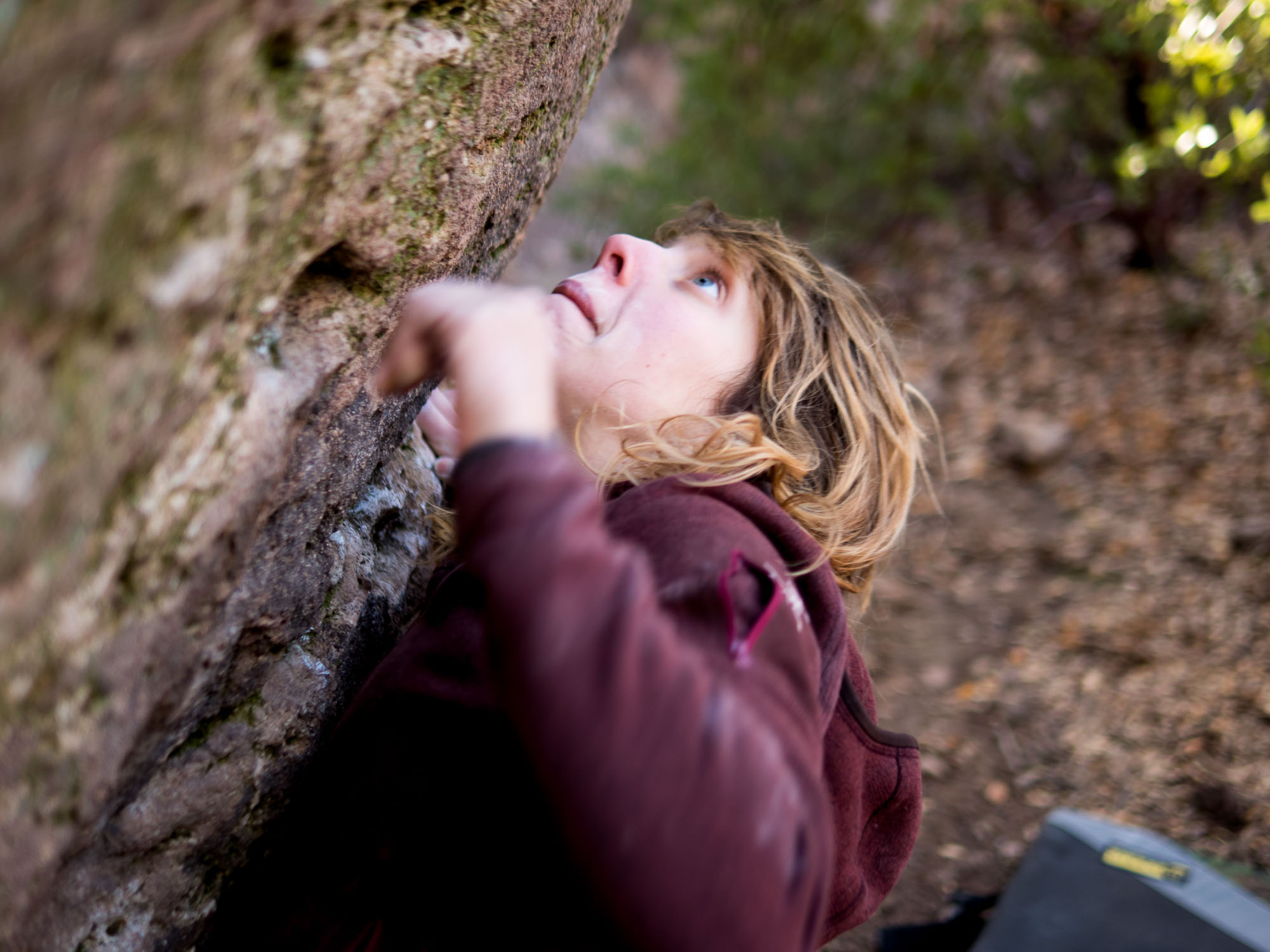 After we said goodbye to each other (a cold goodbye, the heat quickly running from the desert after the sun sets) I spent two more nights in the Phoenix area seeing other friends - Wes! Bri! Wade! Alicia! - and doing a bit of 0-&-1-ing before I fled back to Flagstaff to hang with Mr. Steele and Megan a few more times.

And then, on December 20th, desert season ended, and I ever-so-slowly drove back to Wyoming.

Driving 160 from Indian Creek to Flagstaff about three weeks earlier I'd nearly driven myself off the road half a dozen times while eye-fucking gargantuan stone monoliths off to the Northwest of me. I had to know what those were!

The answer: I was looking at Monument Valley from afar.

So on my way back north, I detoured through the giants themselves, catching them early in the morning. 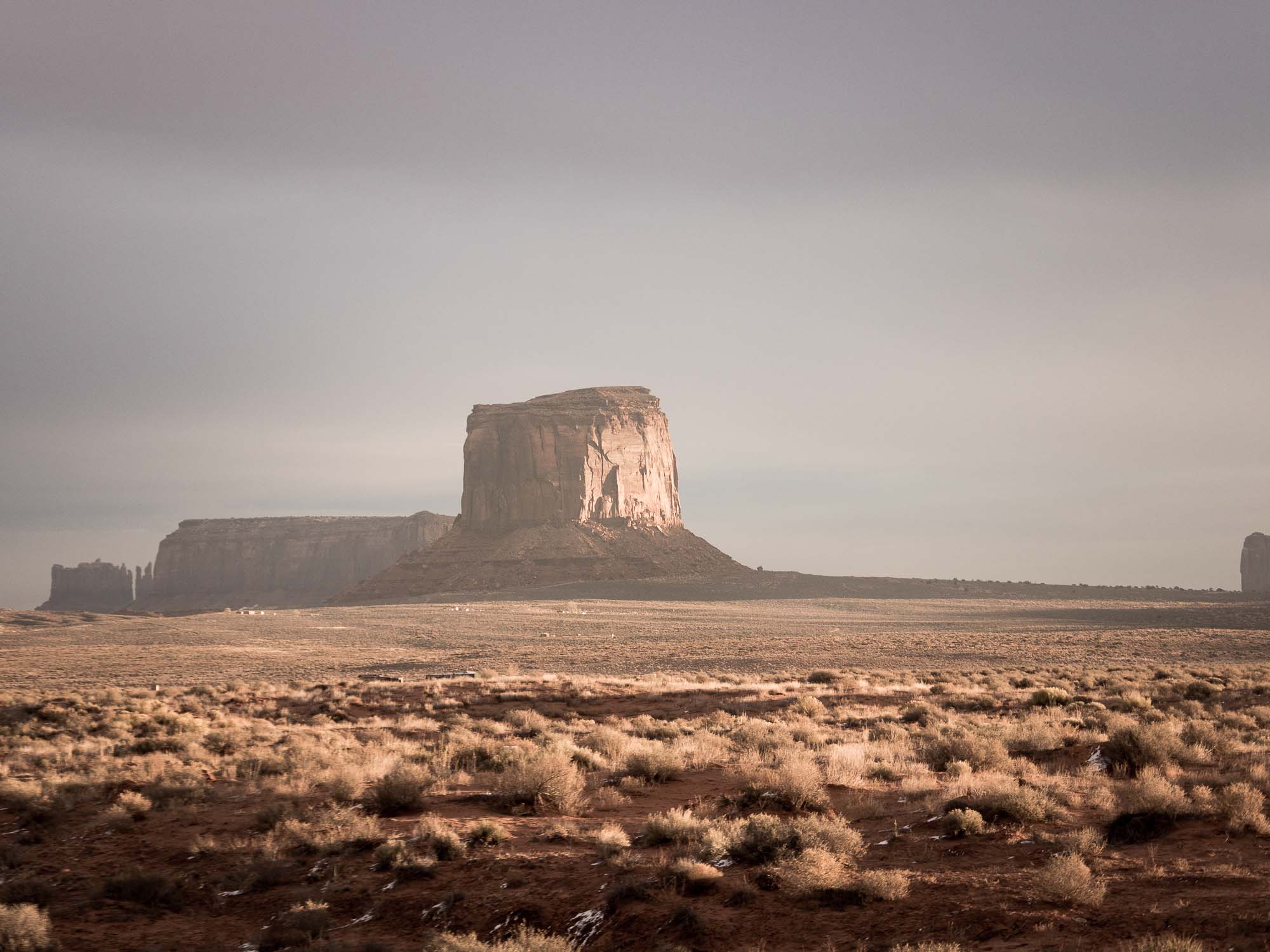 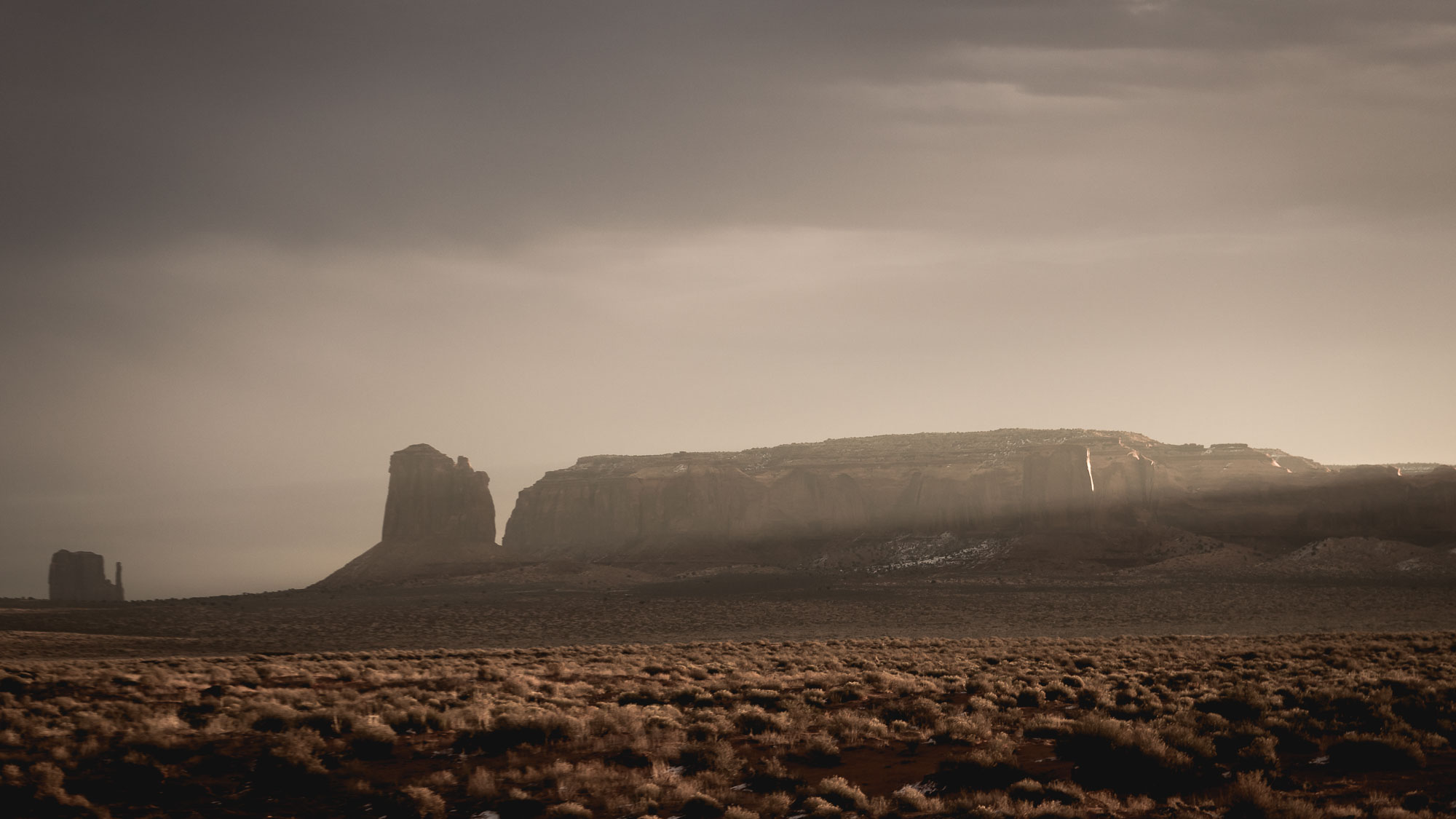 And I went home.