A trip to the Creek for ... hiking? Driving home from Laramie to Flagstaff. 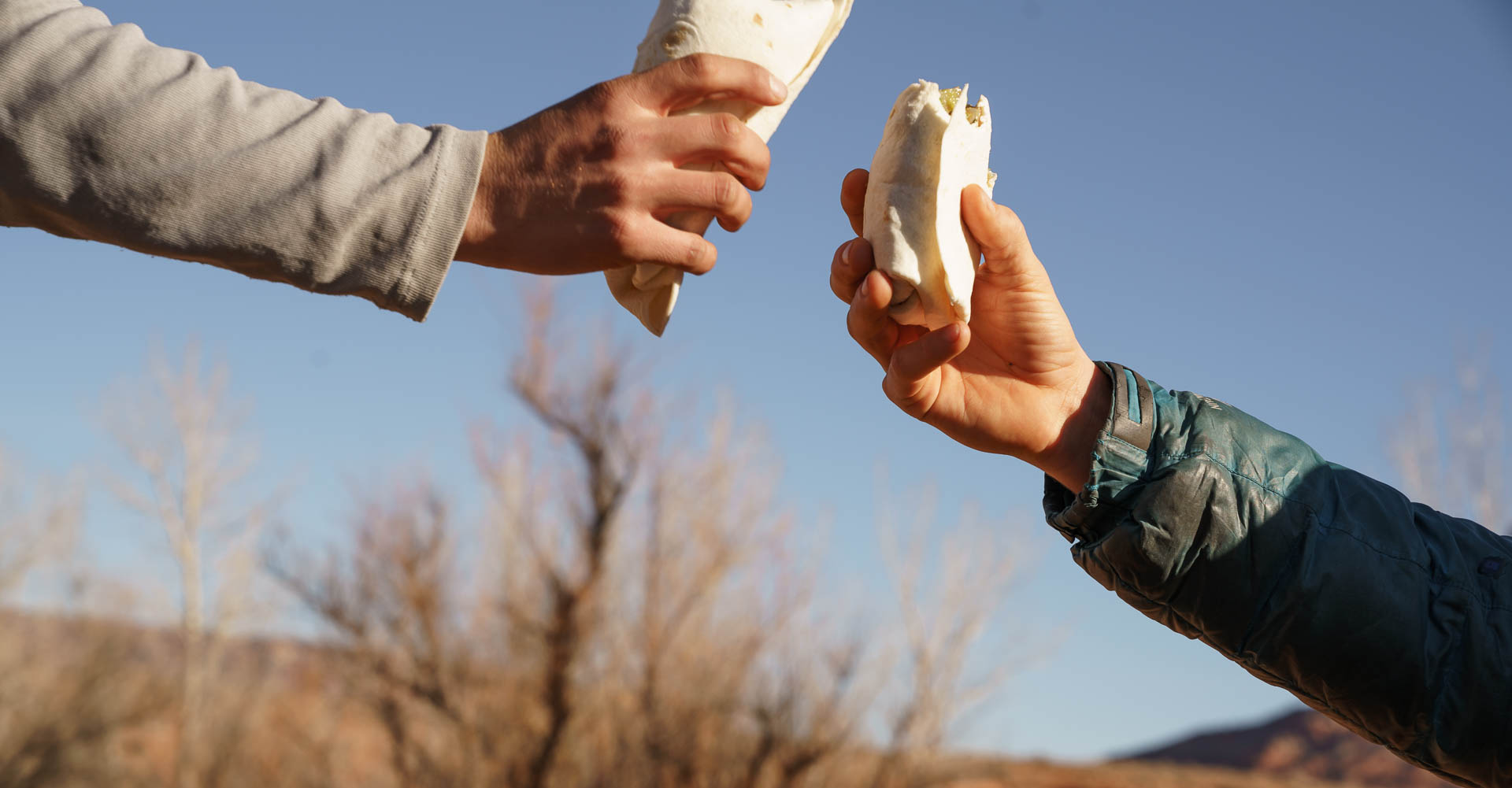 I was driving back from Laramie to Flagstaff. Megan was meeting me halfway at Indian Creek. By coincidence, Steele too was coming that weekend. And the man he was coming with, upon hearing Steele was meeting a friend who had just returned from China, said "Wait, Enlow?"

Of course Megan wasn't coming out without her faithful res hound and furchild Juniper. 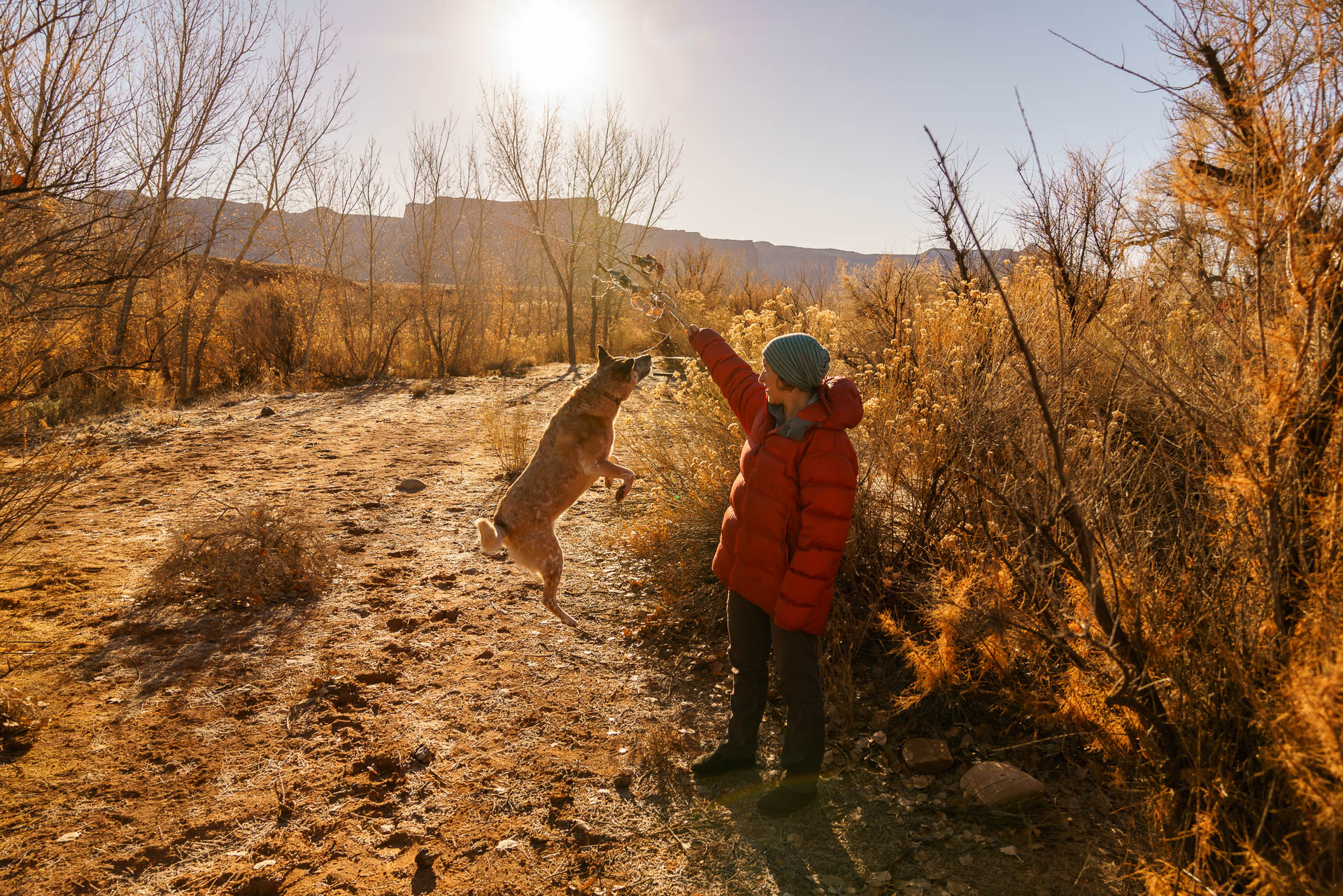 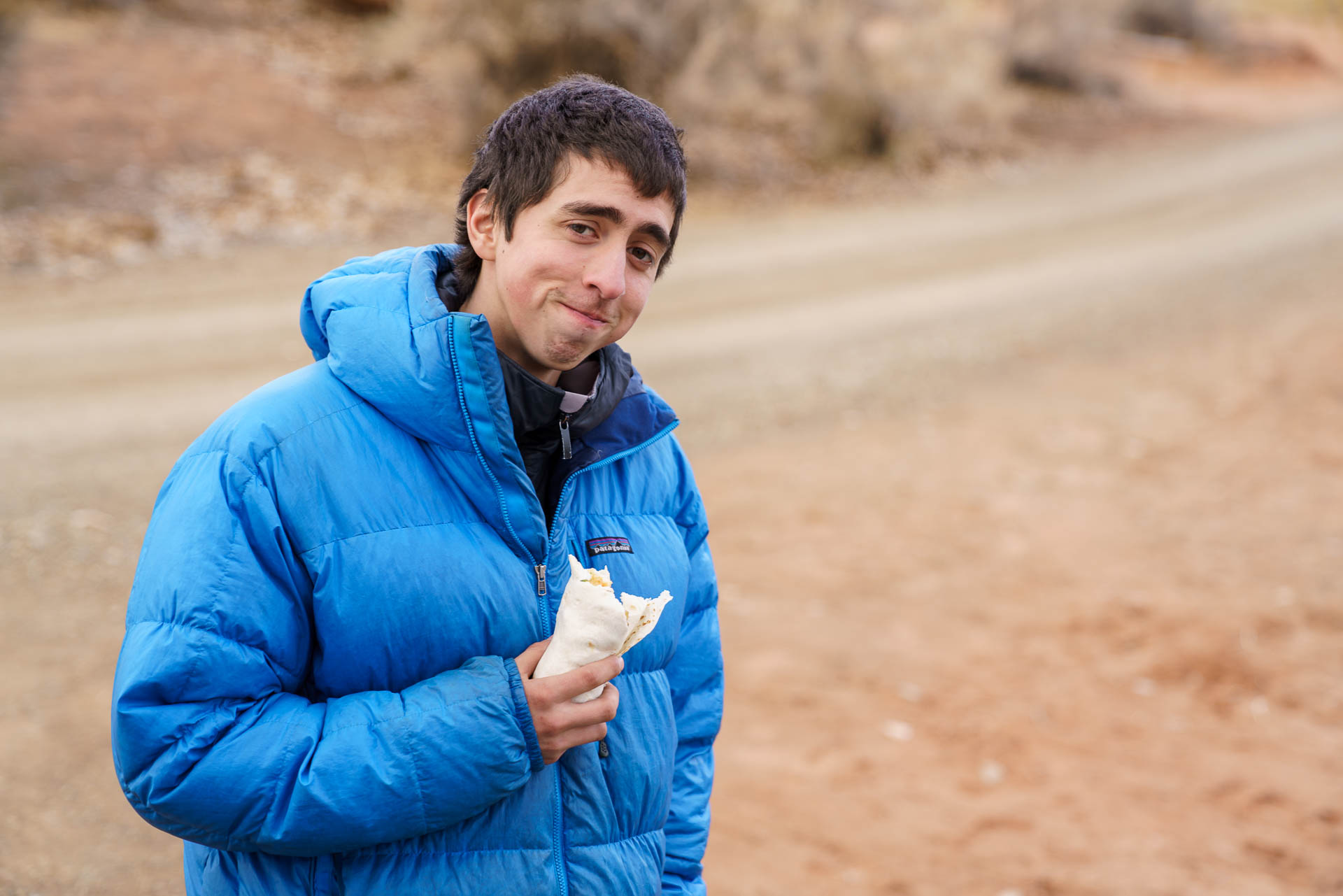 Jack Taylor, last seen in the same blog post that introduced Megan to the blog dot novaugust dot net, drove down from SLC with Steele. 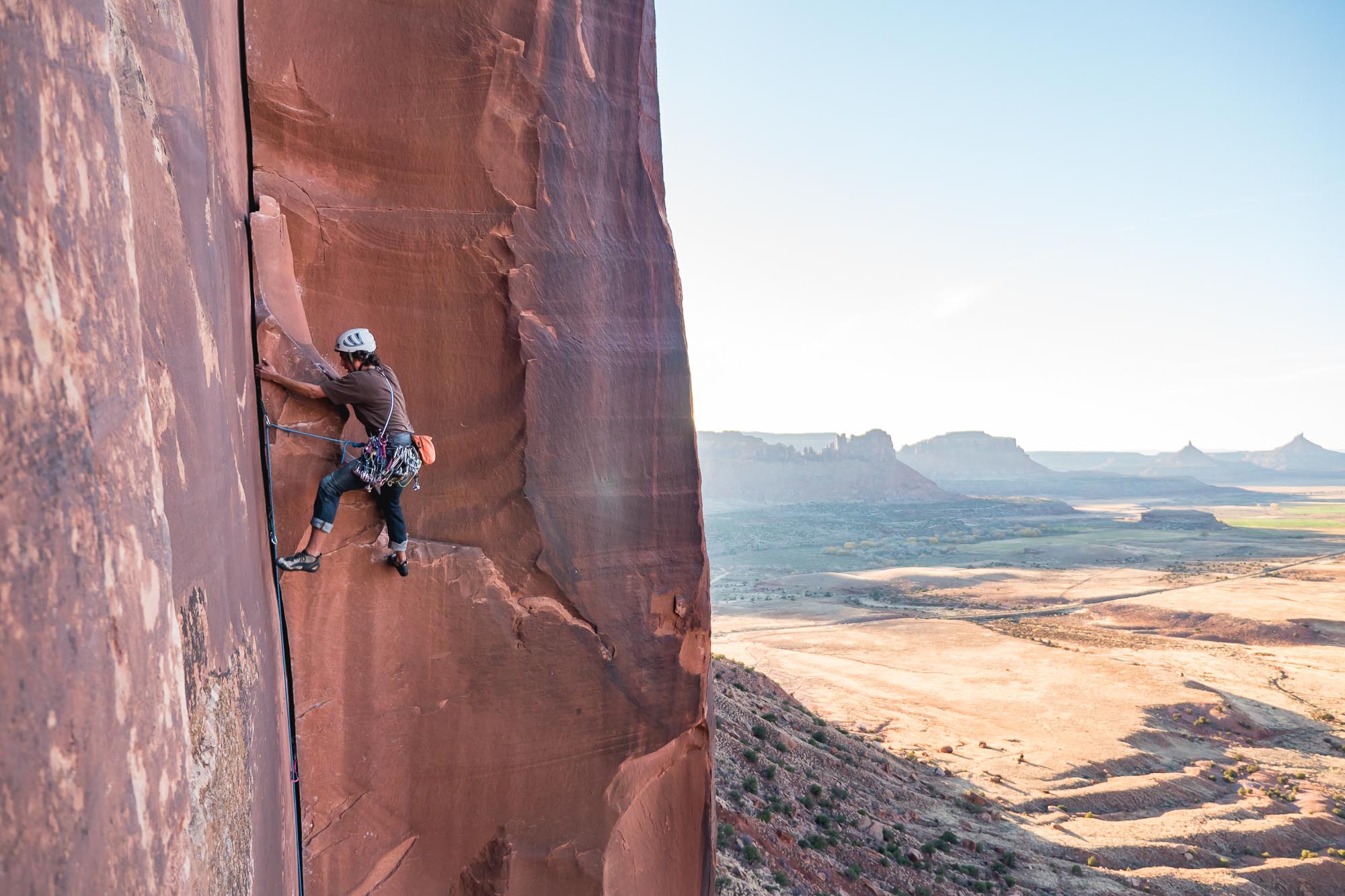 We met Jack's friends Leif and Jenn at Creek Pasture. 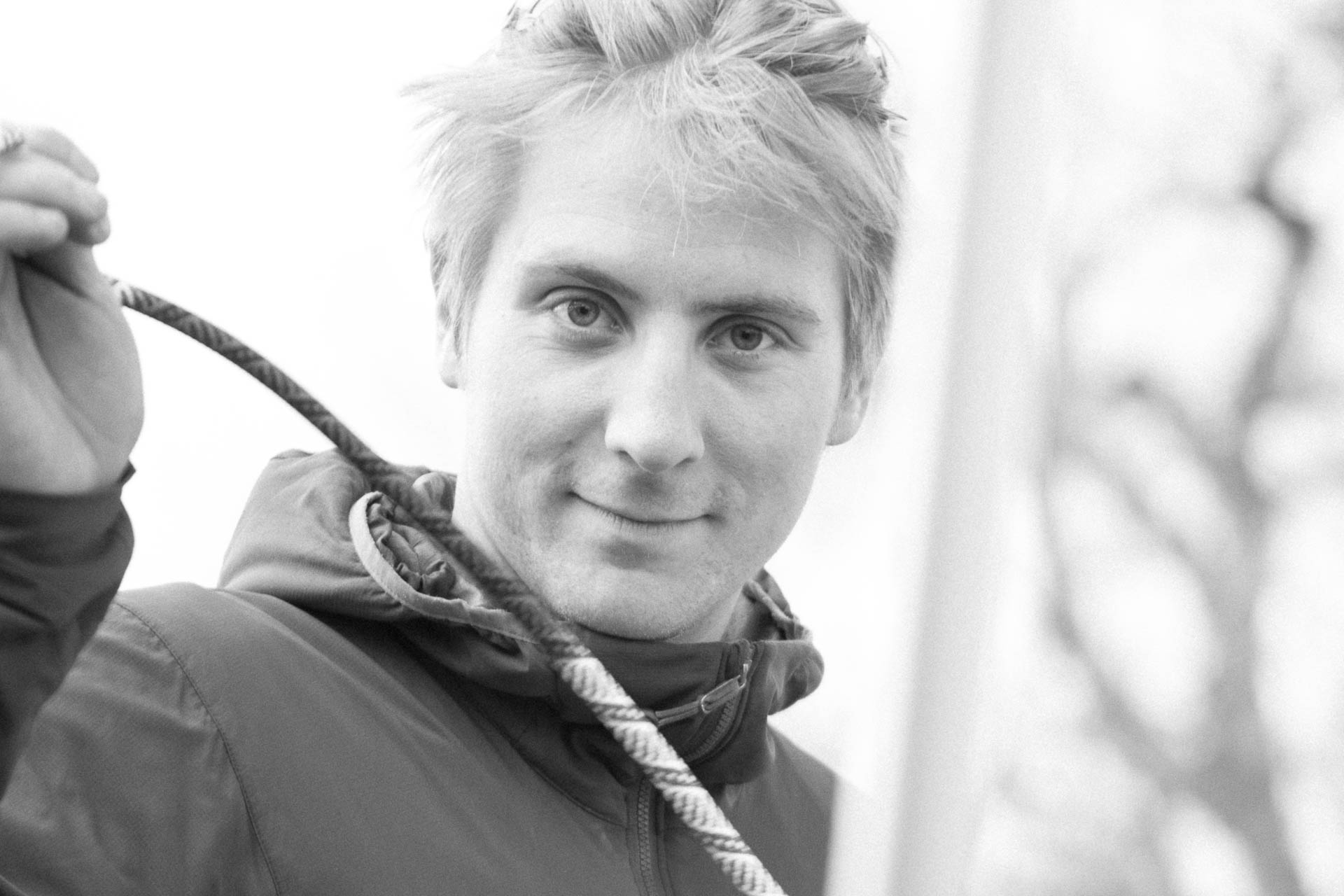 And of course, there was he of the blue puff. 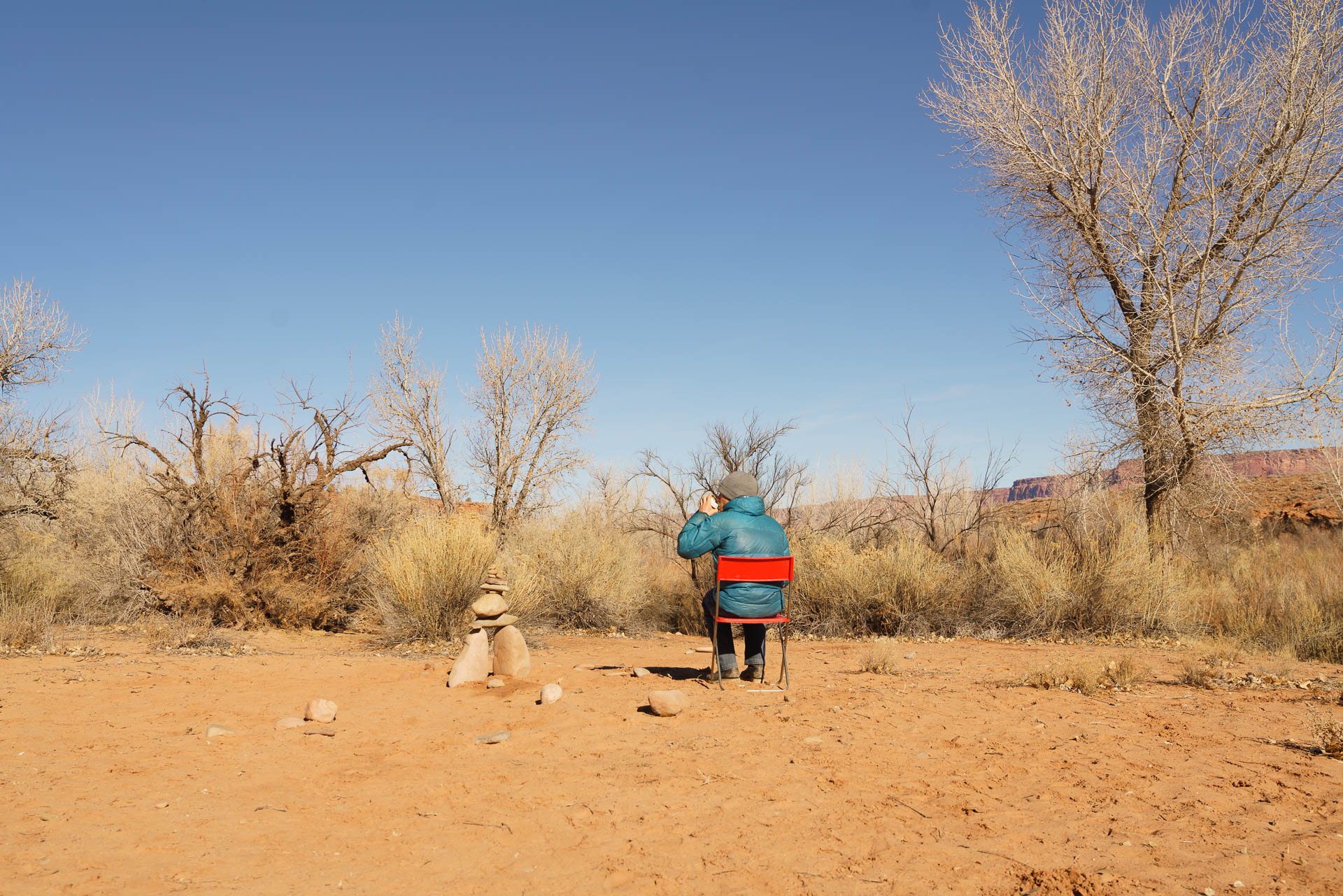 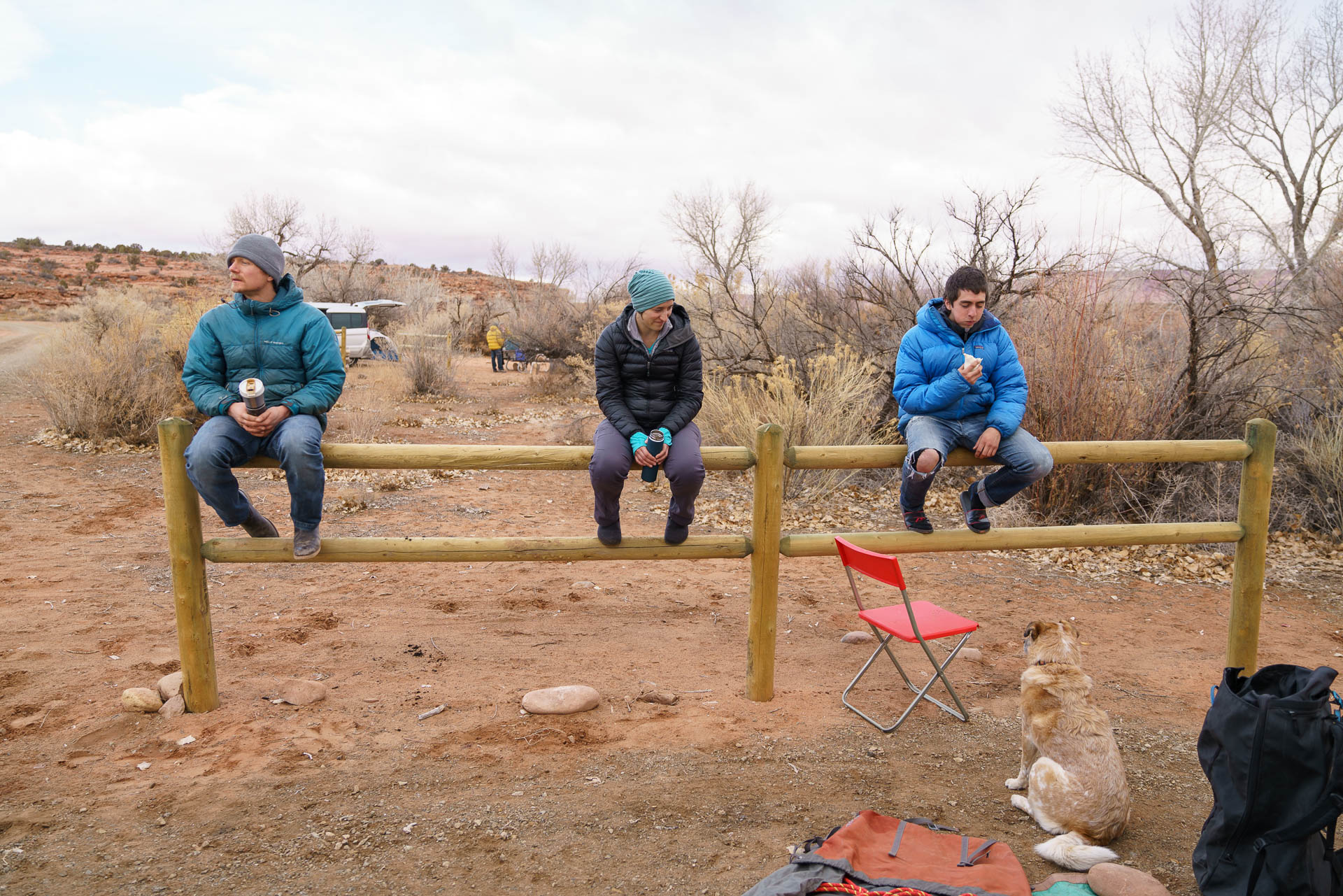 I believe we spent three nights in the creek, and climbed only two pitches in all that time. The weather was cold, cold, and wet. Megs, Steele and I did a day exploring a side canyon behind the Bridger Jacks when the rock was clearly too wet to climb 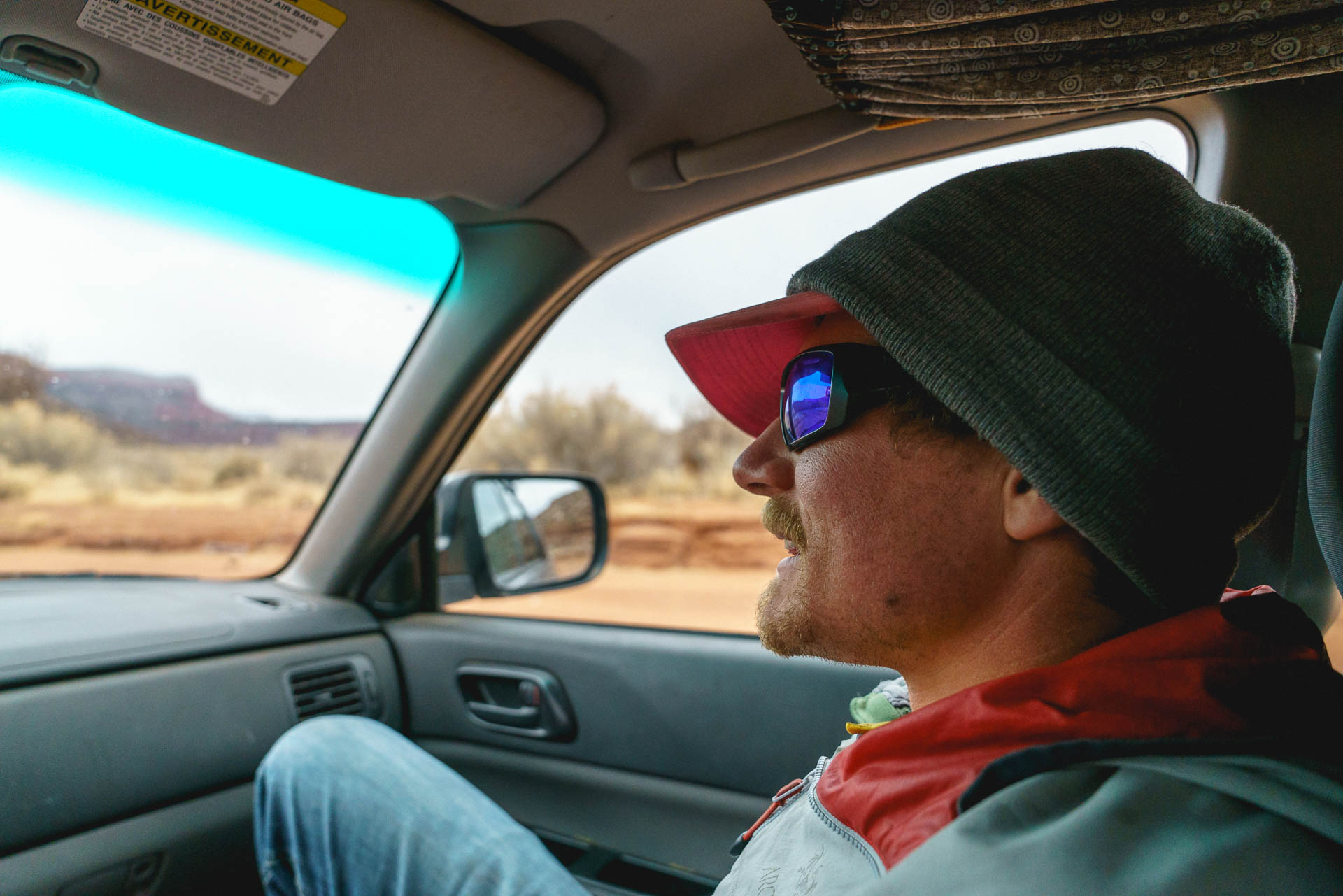 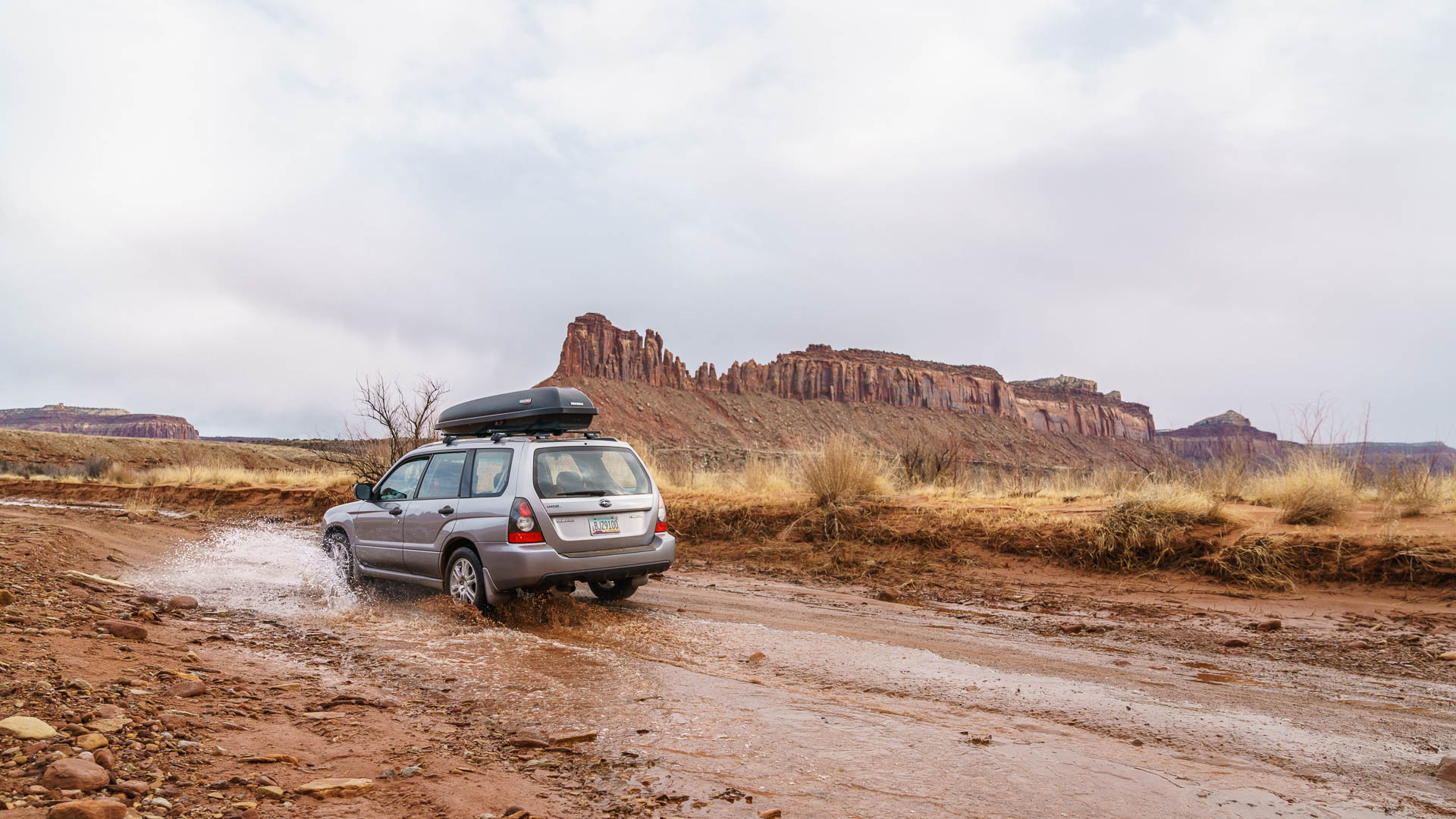 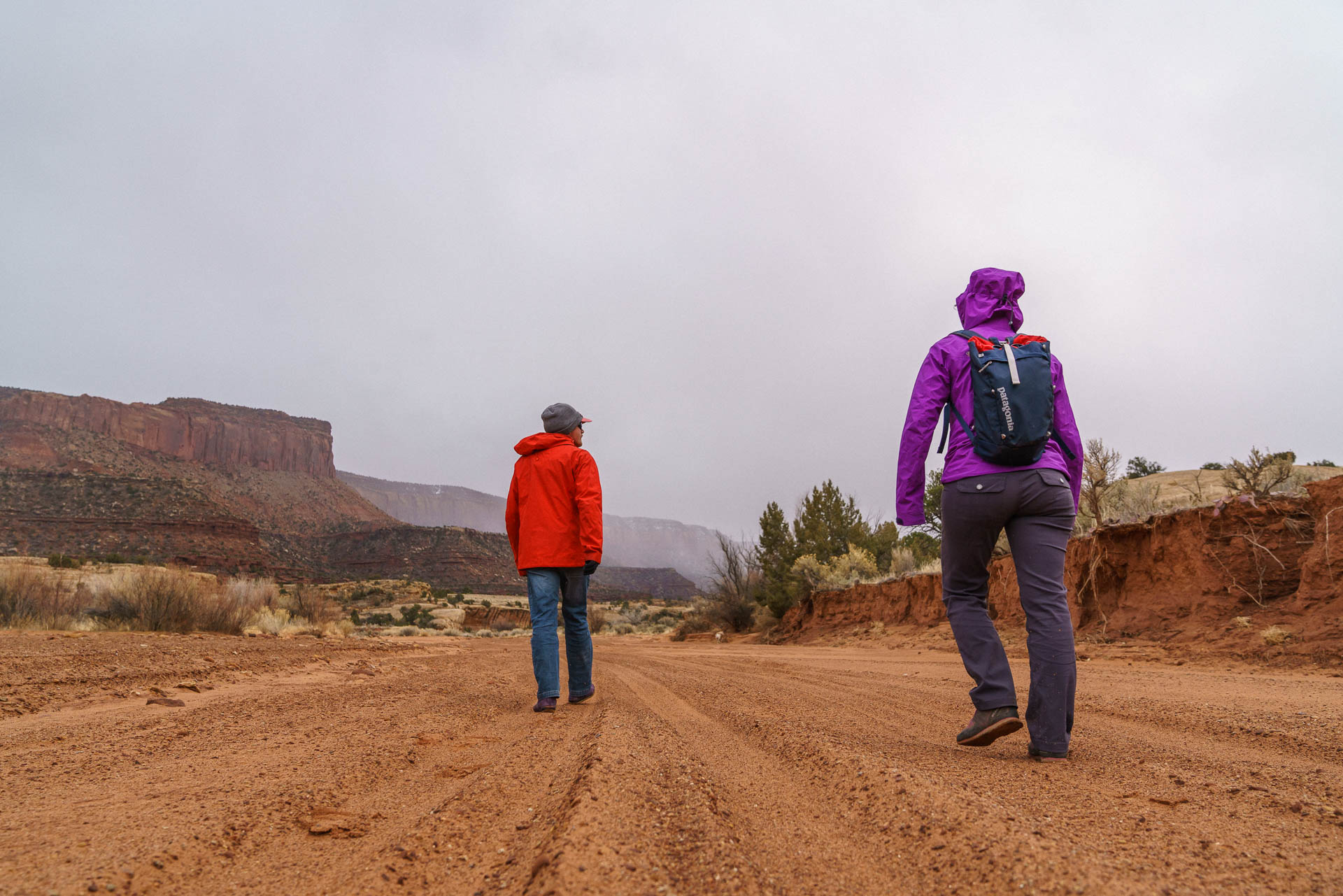 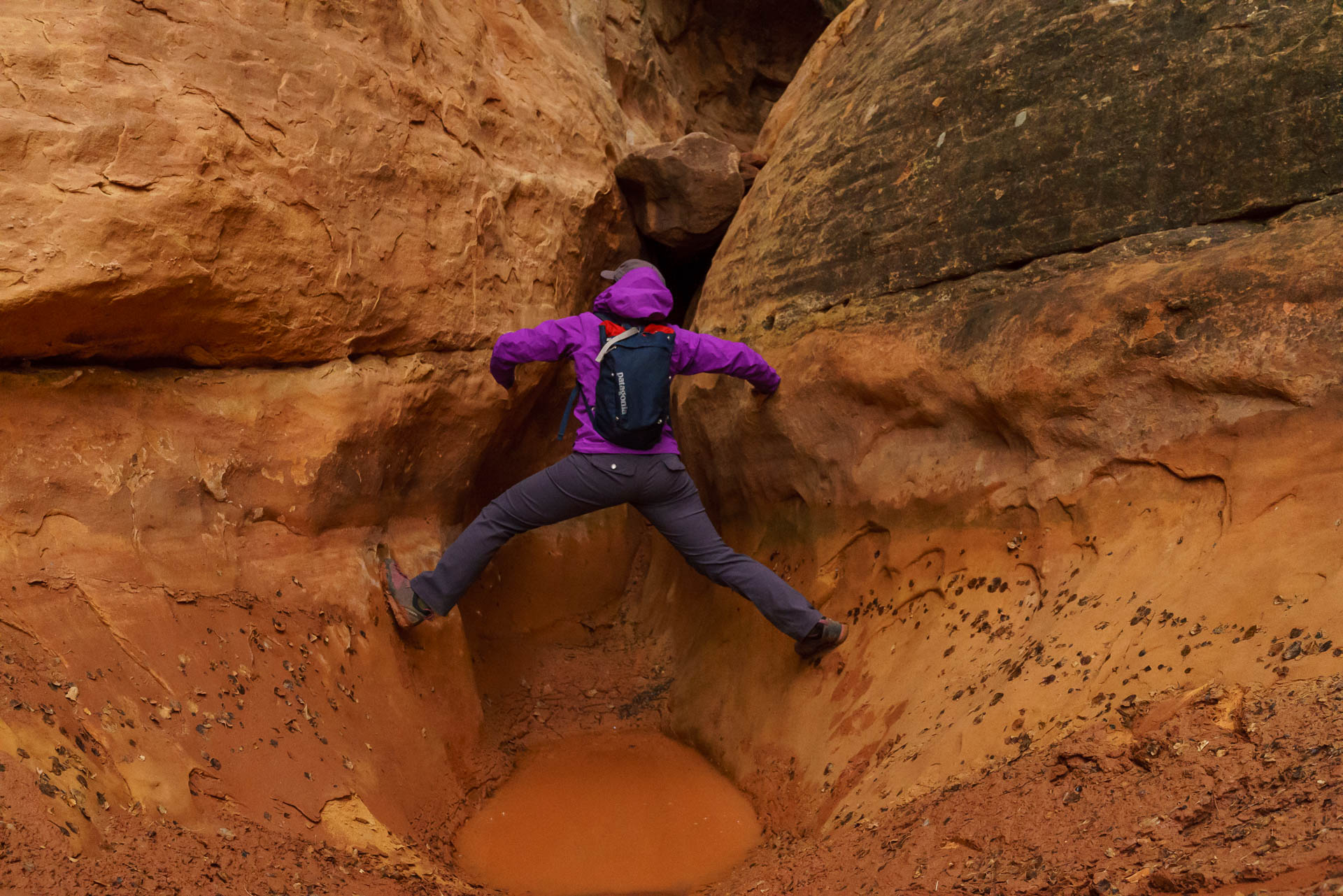 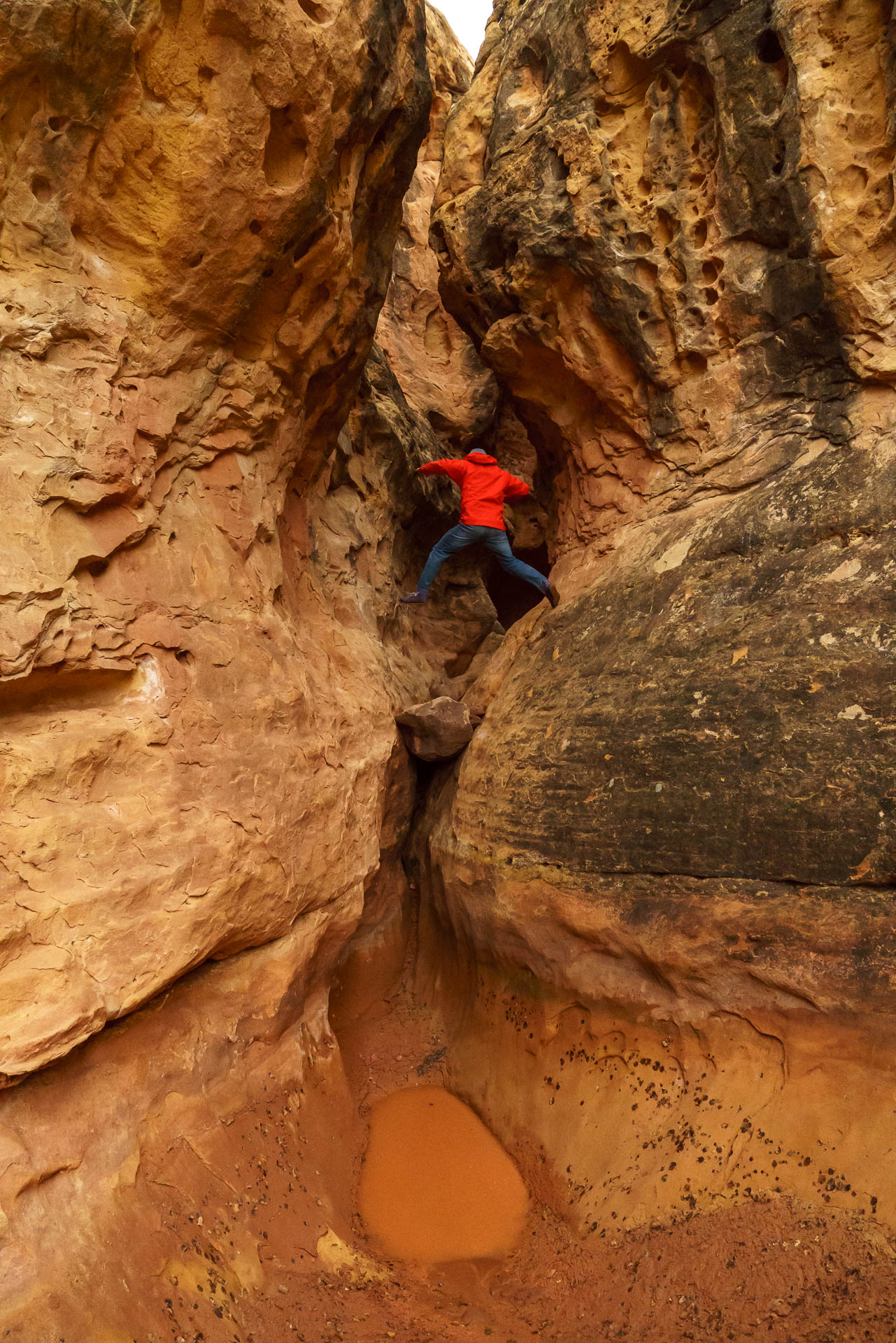 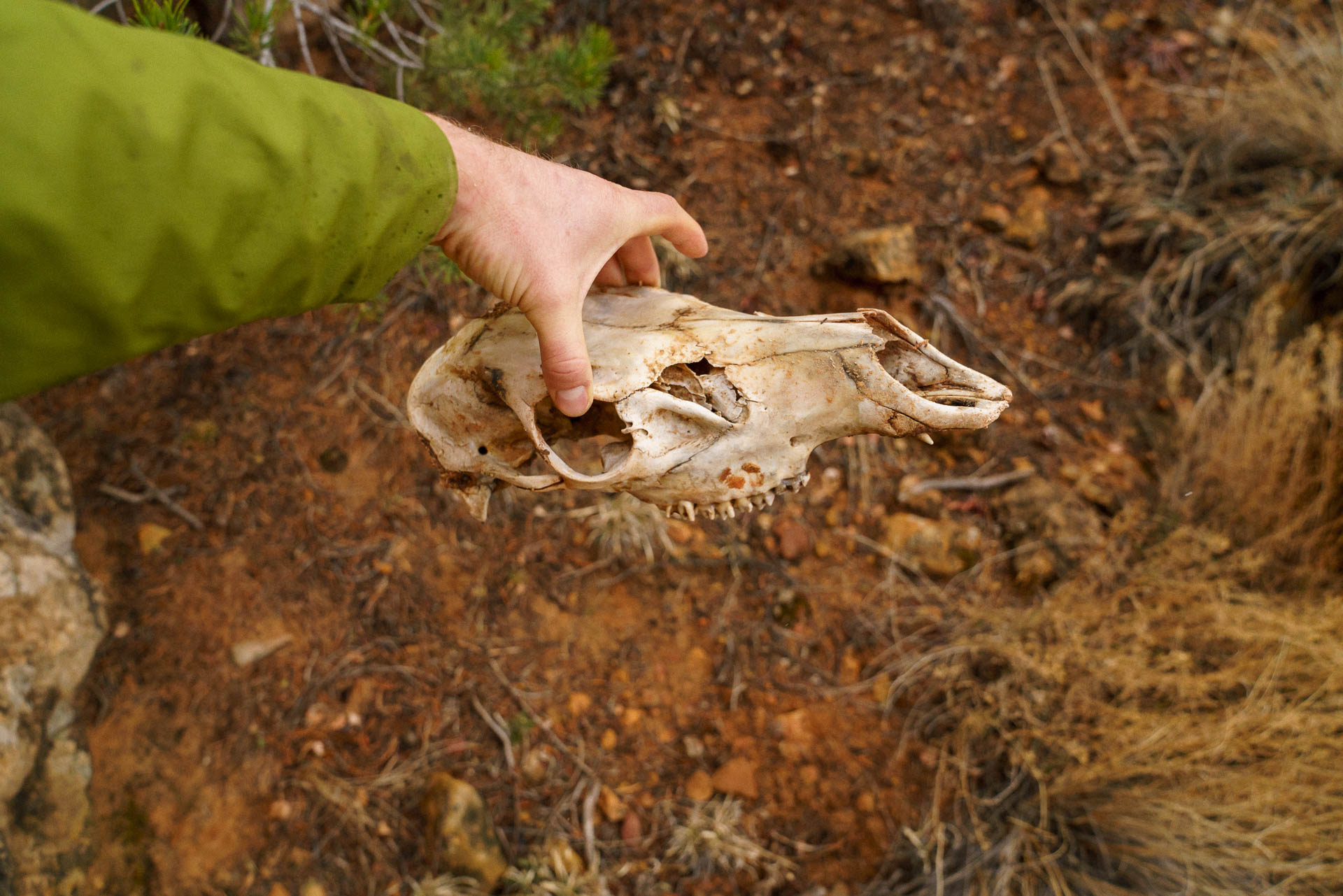 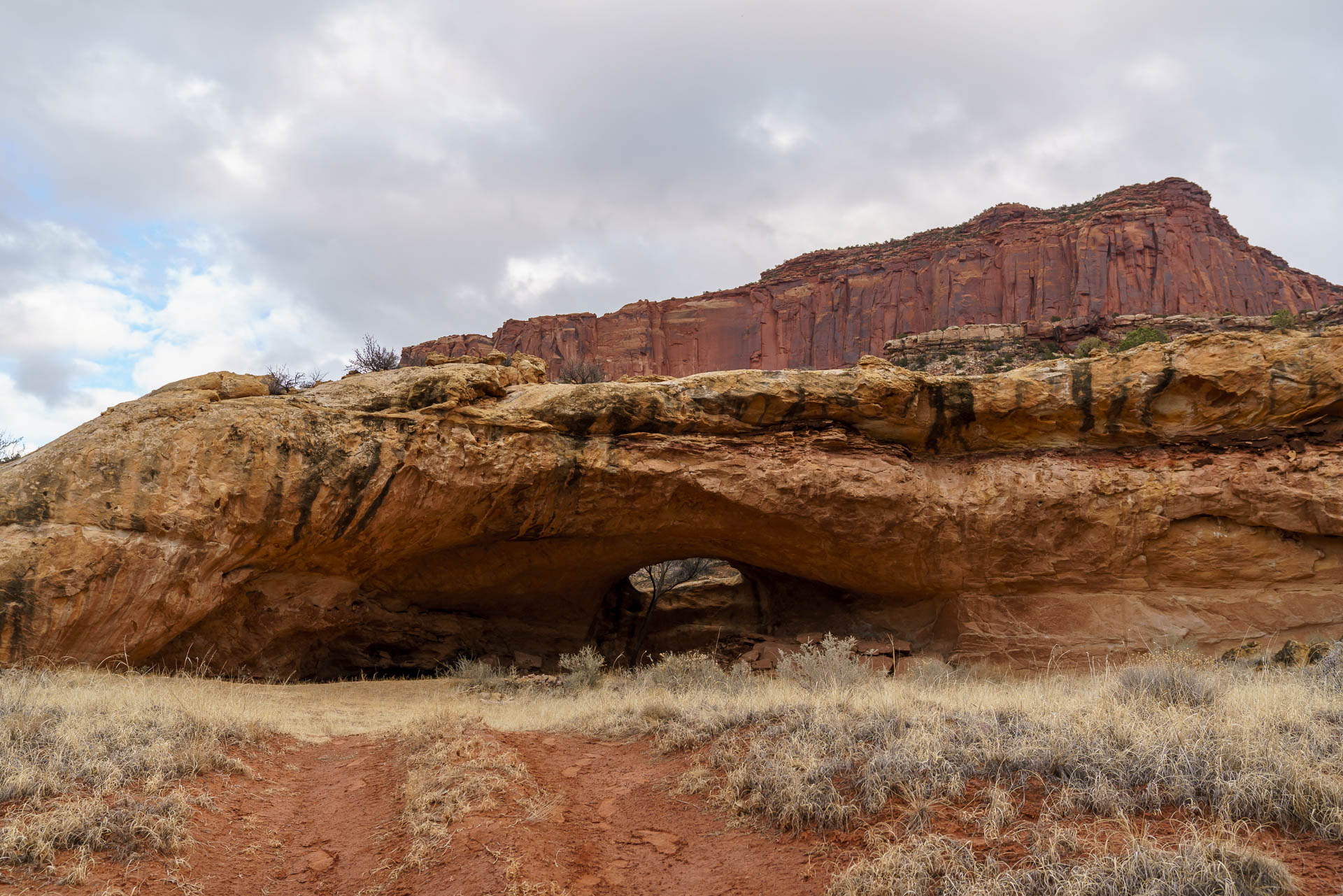 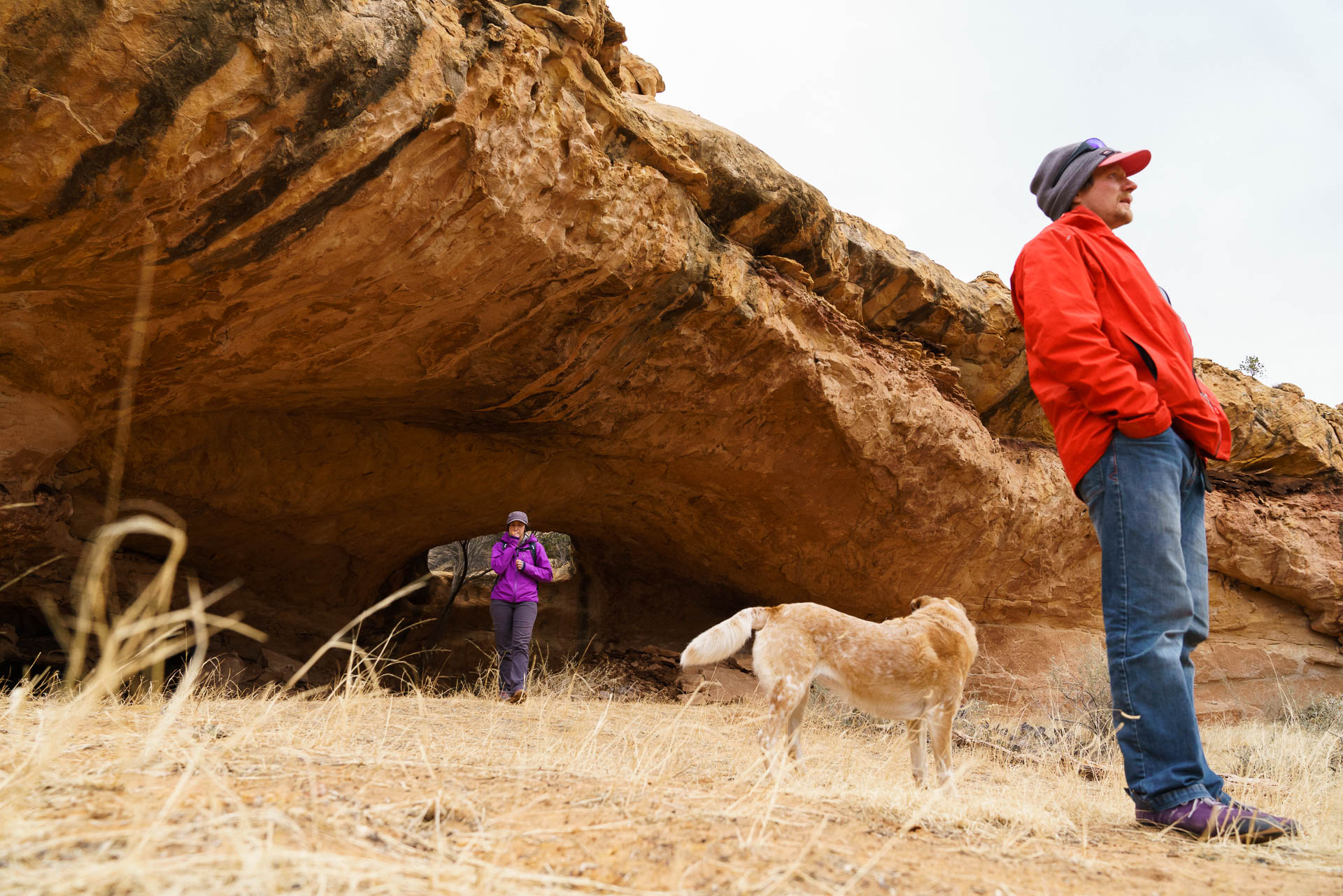 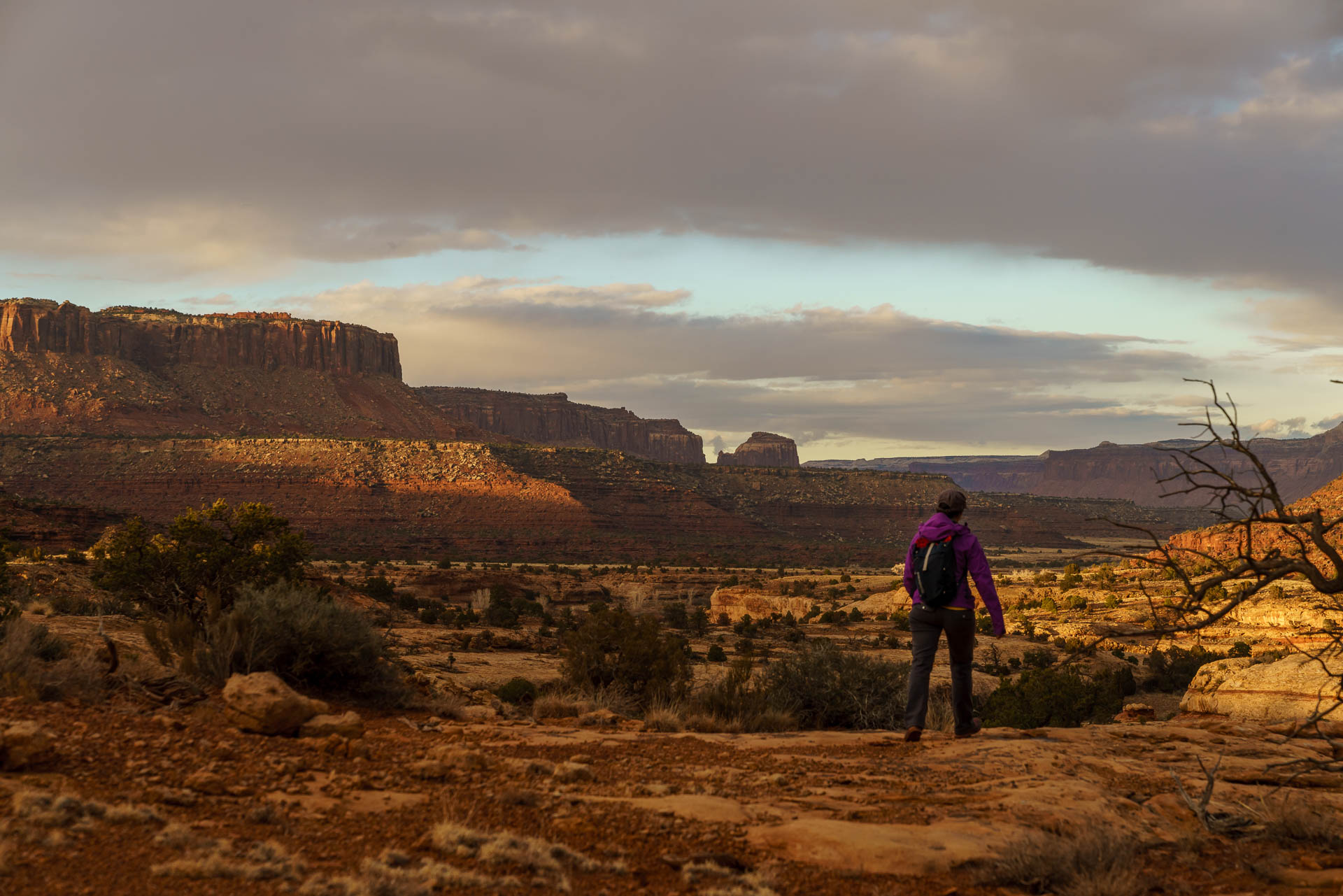 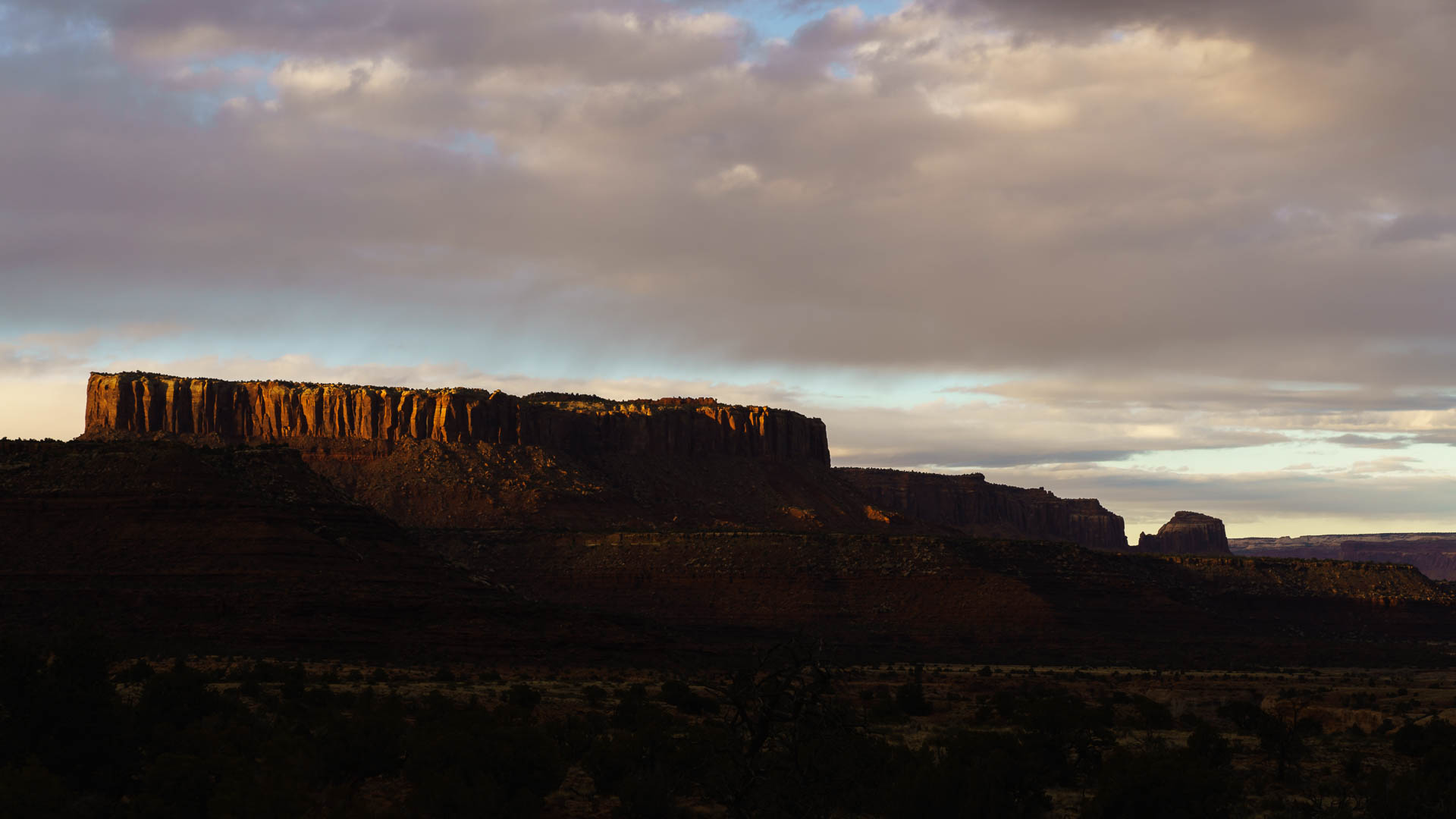 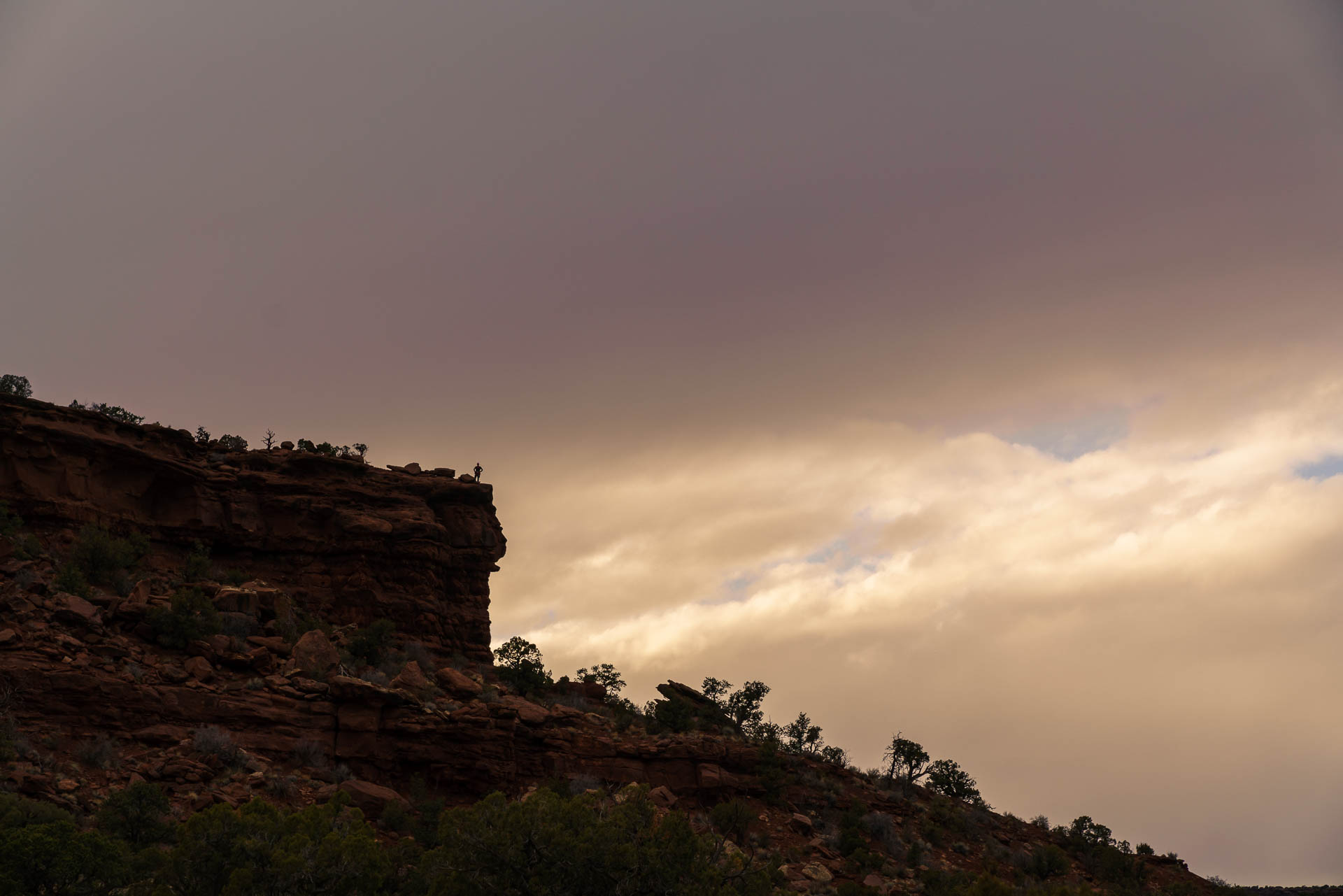 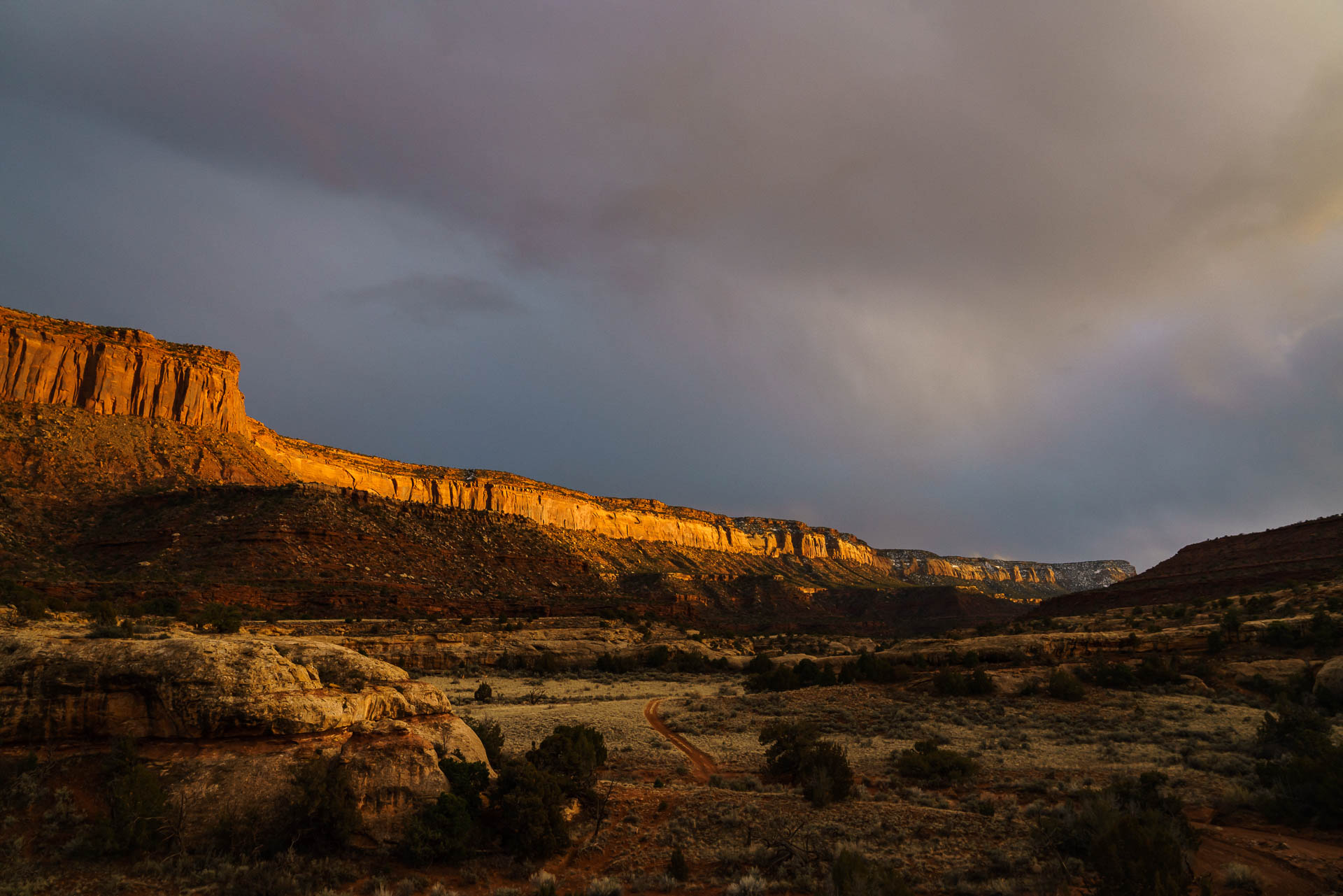 So rather than an Indian Creek trip full of epic climbing shots, it was just cold days spent talking with friends at camp and making and eating delicious breakfast burritos. 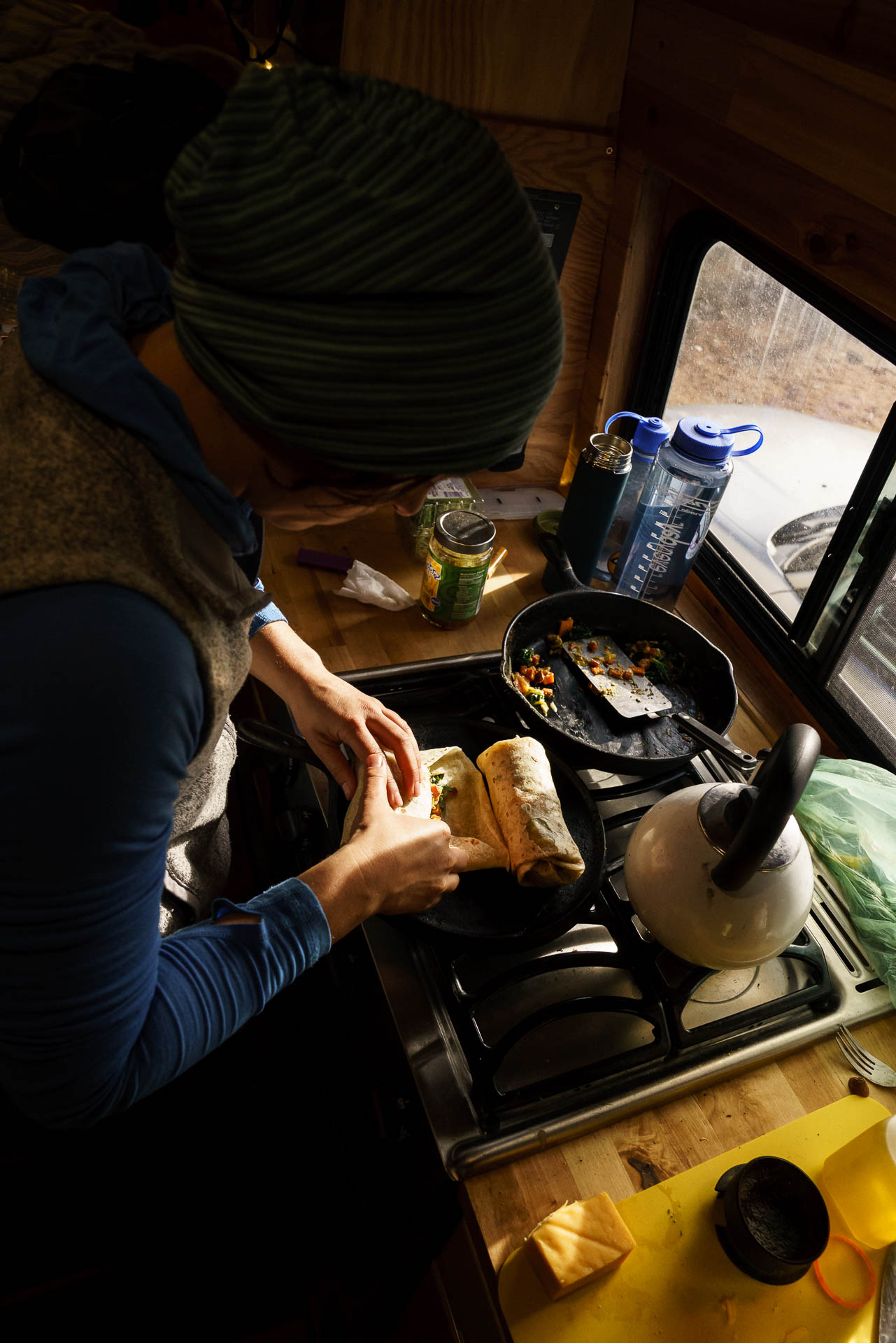 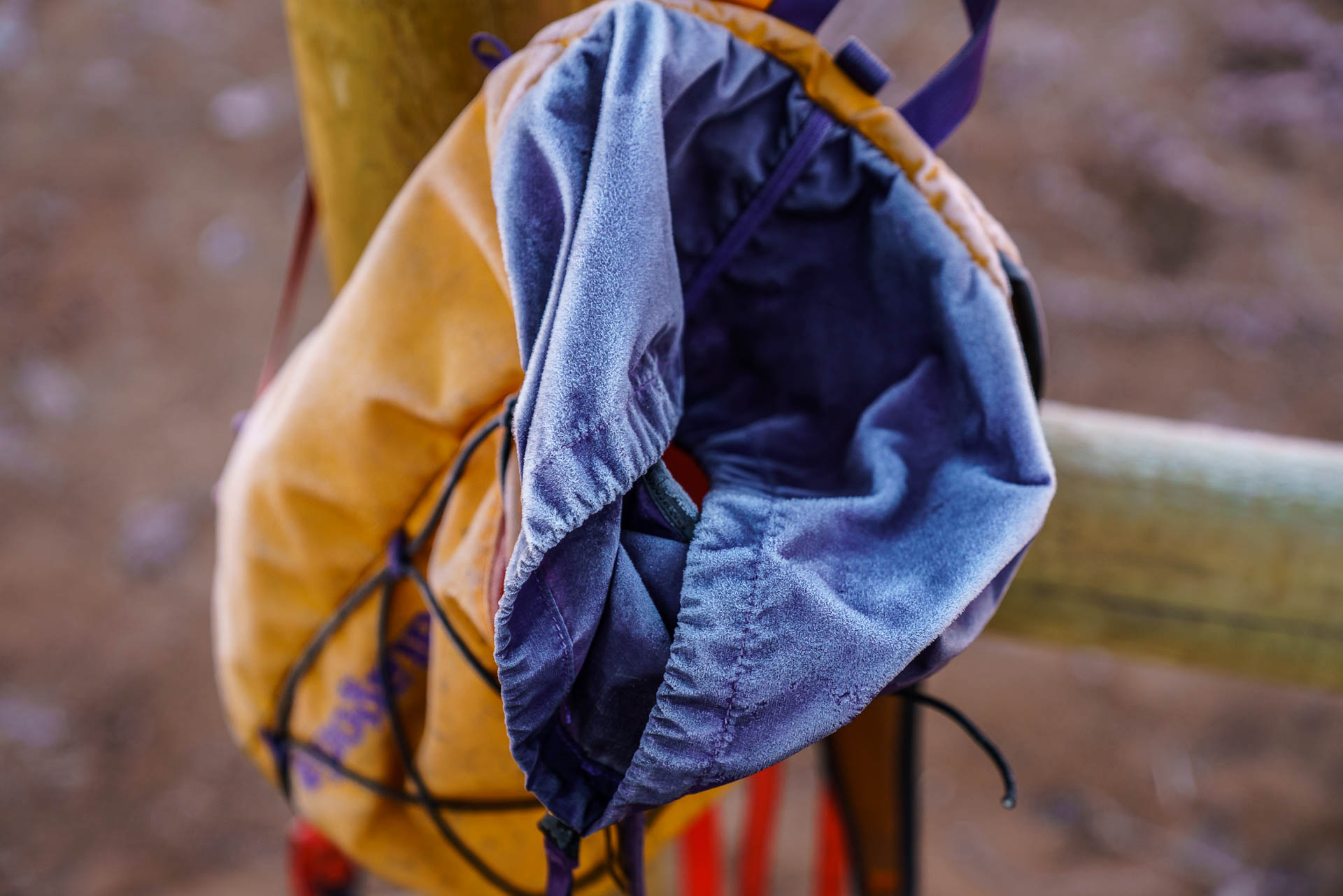 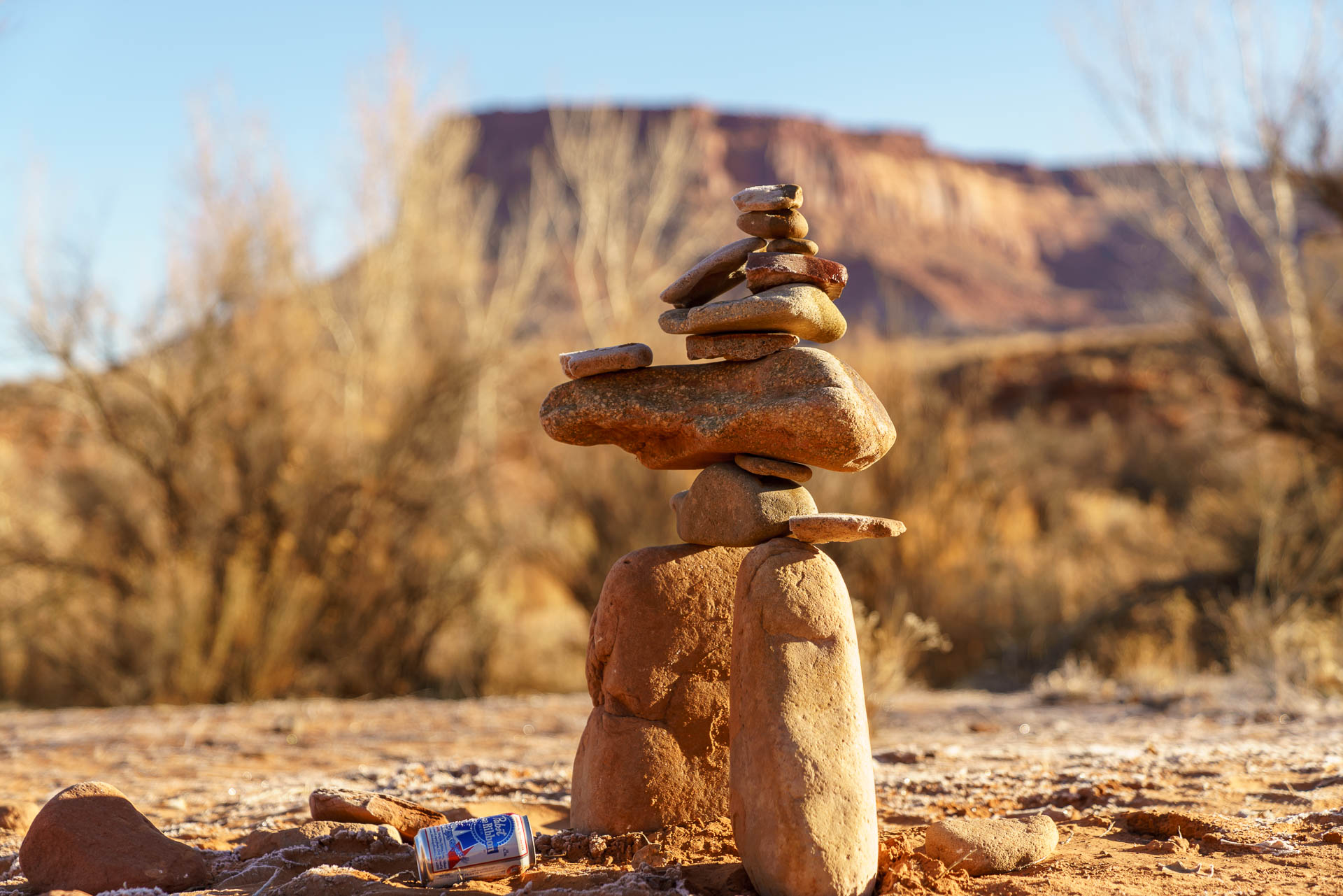 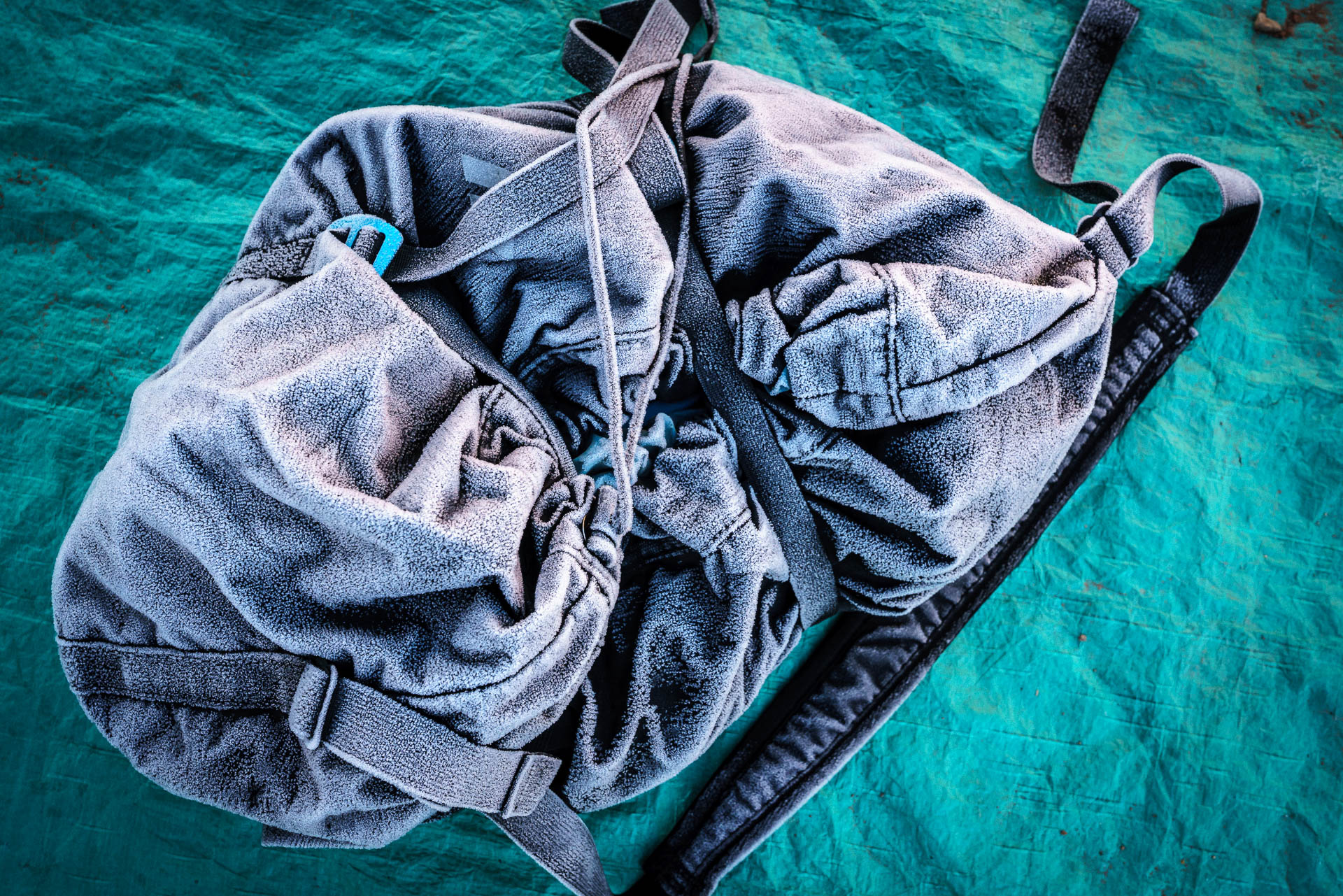 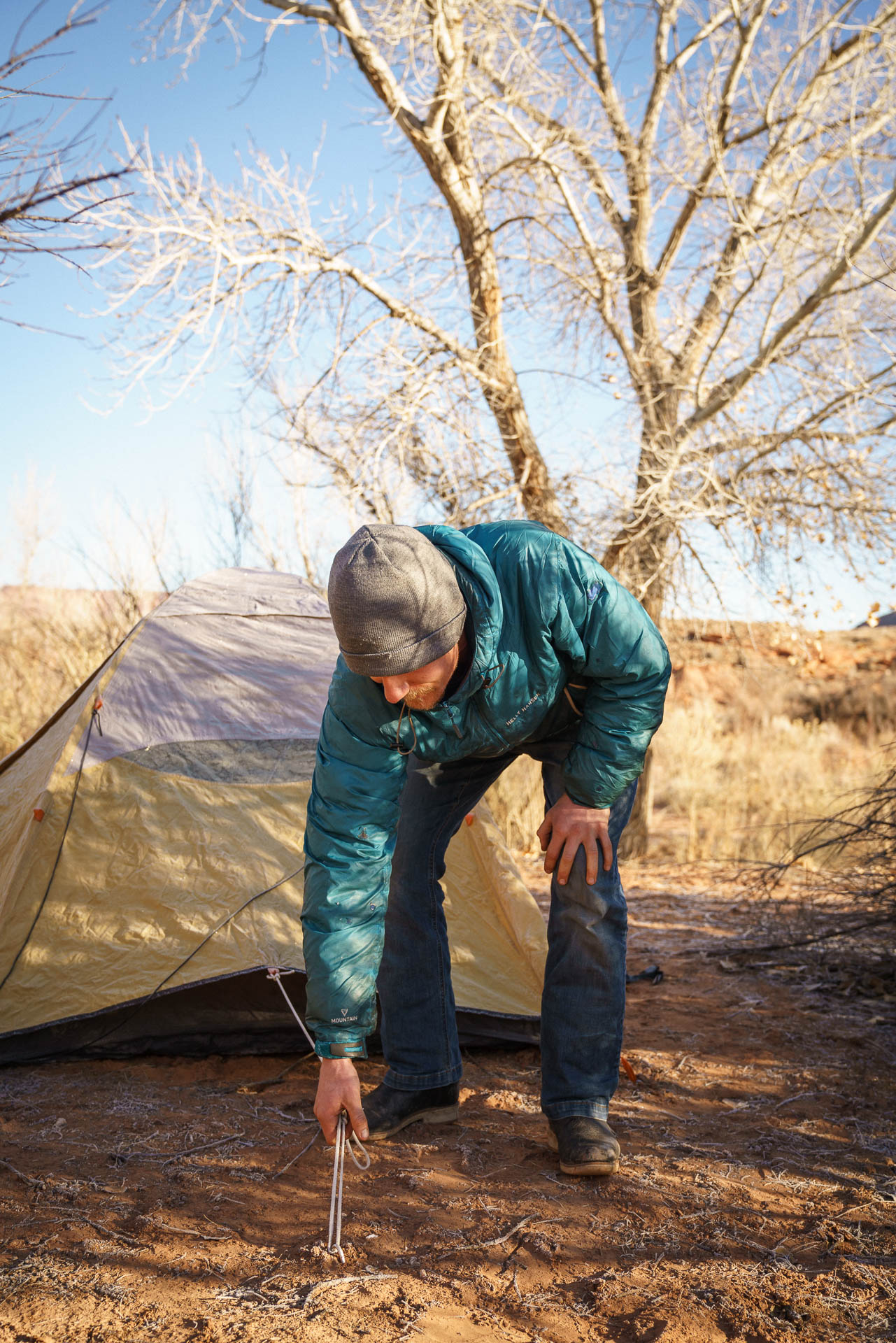 Megan and I split the drive home in half with a detour to the Moki Dugway. We drove up in the night, and I had no idea what to expect in the morning.

It was quite the vista.