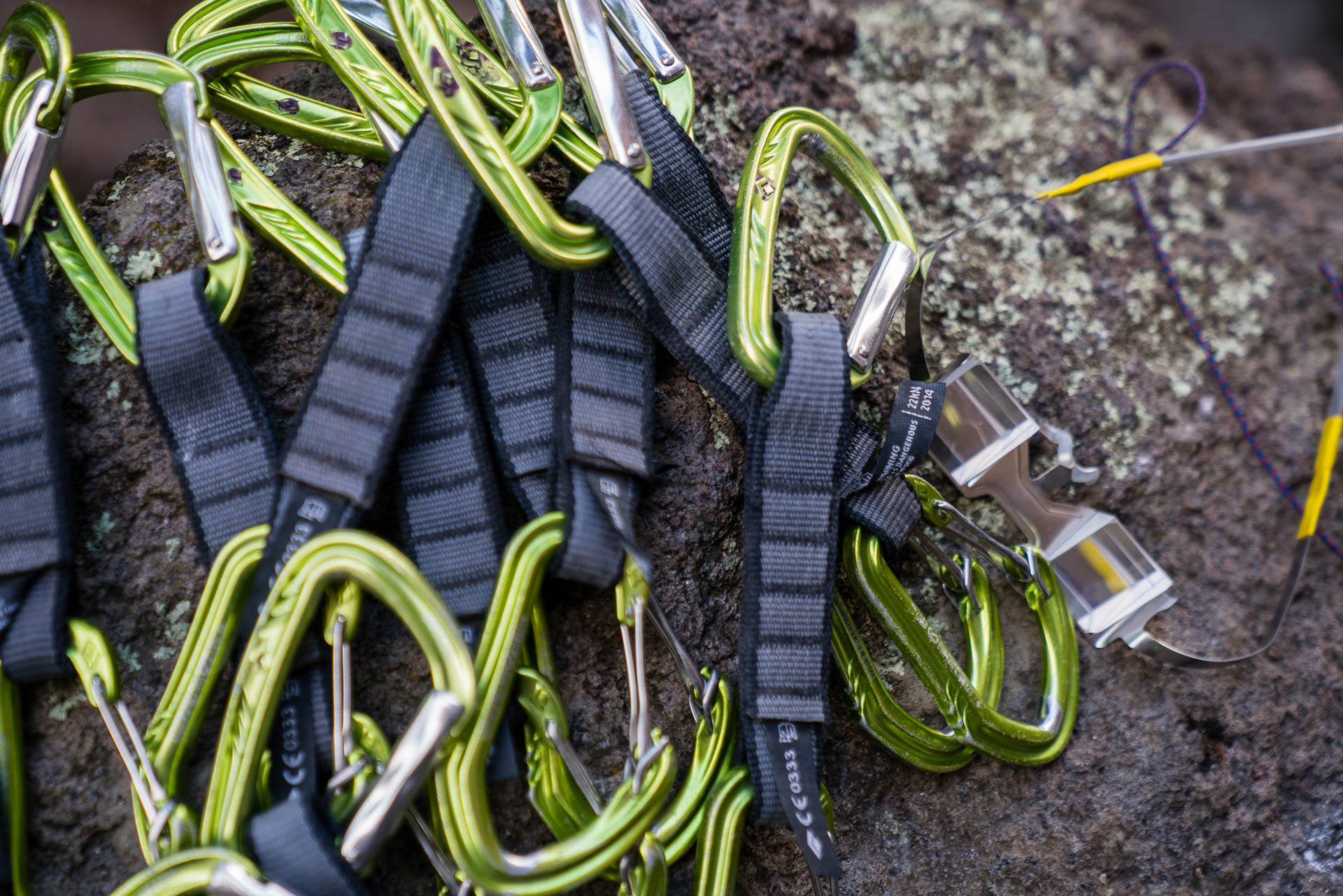 Drive out of Flagstaff north on the 180, take a right turn on Snowbowl as though you were heading to the ski resort, and another right onto a dirt road with signs for camping and a (hopefully open) gate. Park your car on the left two hundred yards down that road and find the trail to the peaks. Not far down the trail is an inobvious path, hidden behind a fallen tree. Almost as though they didn't want Phoenicians to see it... 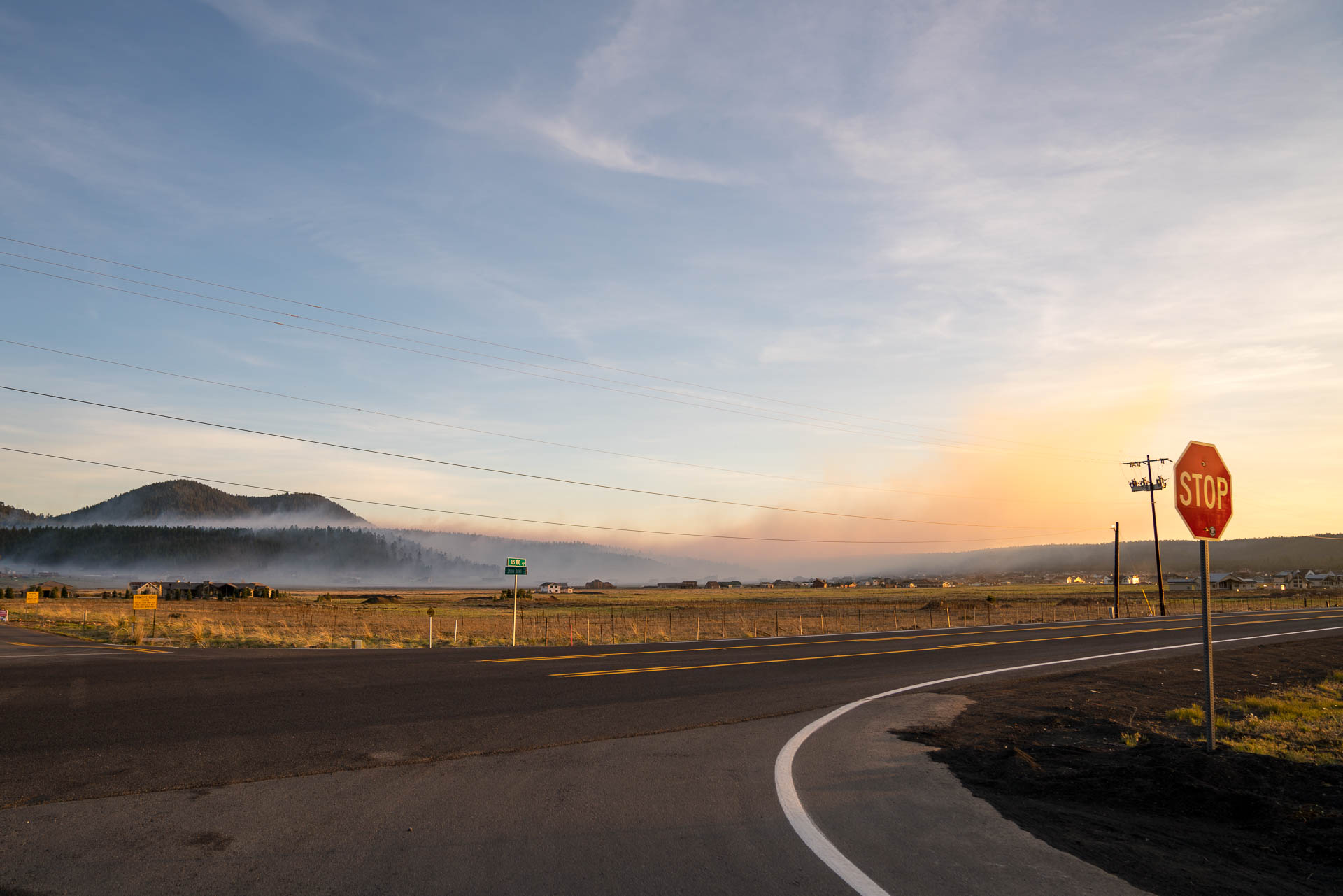 Go, and go, and just a little further, and you're at The Peaks: a sudden protrusion of dacite some hundred feet tall in the middle of a ponderosa pine forest. 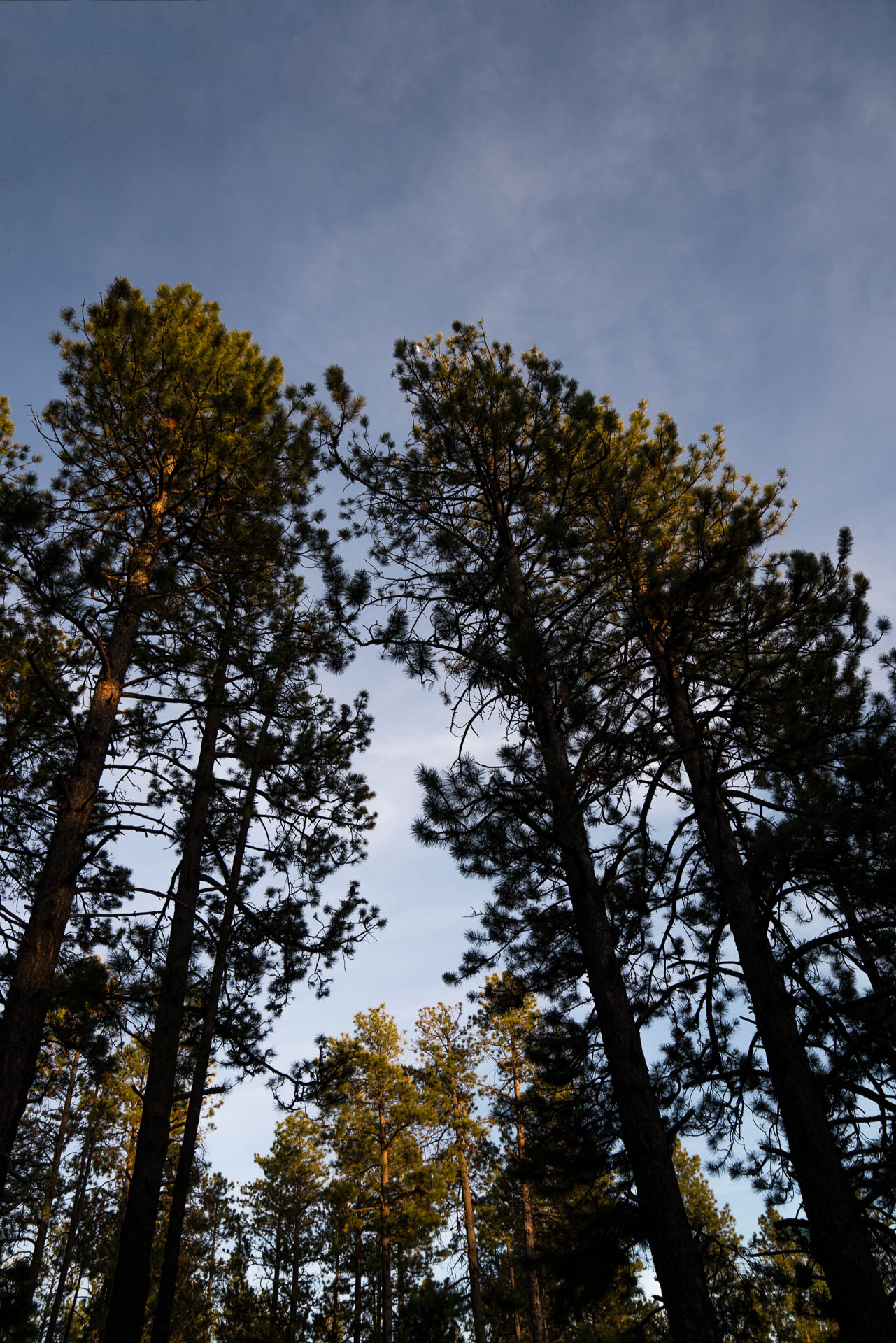 Warming Up (To The Peaks)

My first visit to the Peaks was early in its season. The Peaks are snowed-in in the winter and shine as Flagstaff's only truly viable summer crag. When Megan and I tried the trail in April we crossed multiple snow patches over an otherwise dry and navigable path. 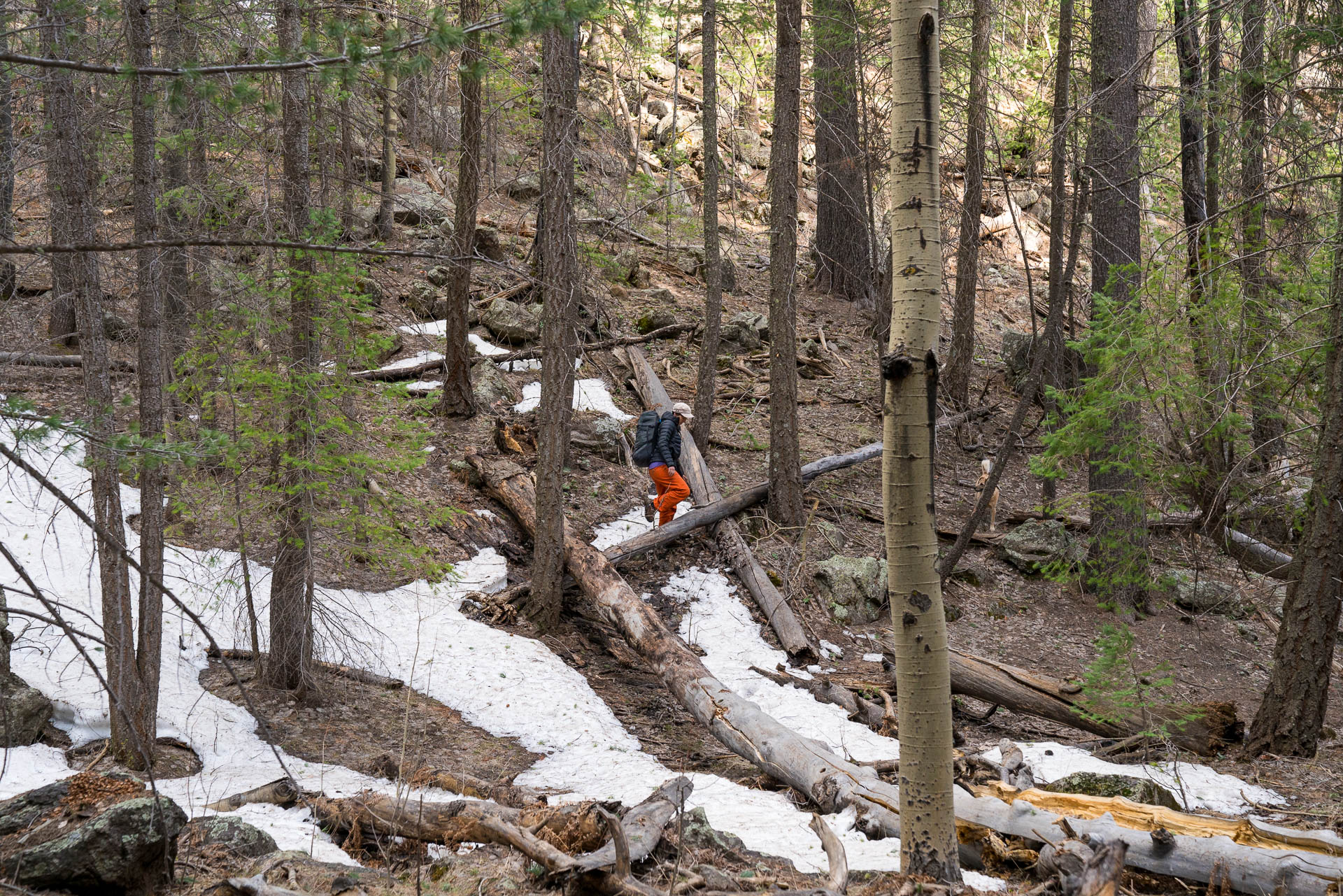 We climbed a 5.9 and 5.10 that both had me fearful of hard slaps. Many of the routes at The Peaks are marred by ledges; while not an issue on harder, overhung climbs, they're quite noticeable on easier routes where headwalls don't immediately throw you back into space. 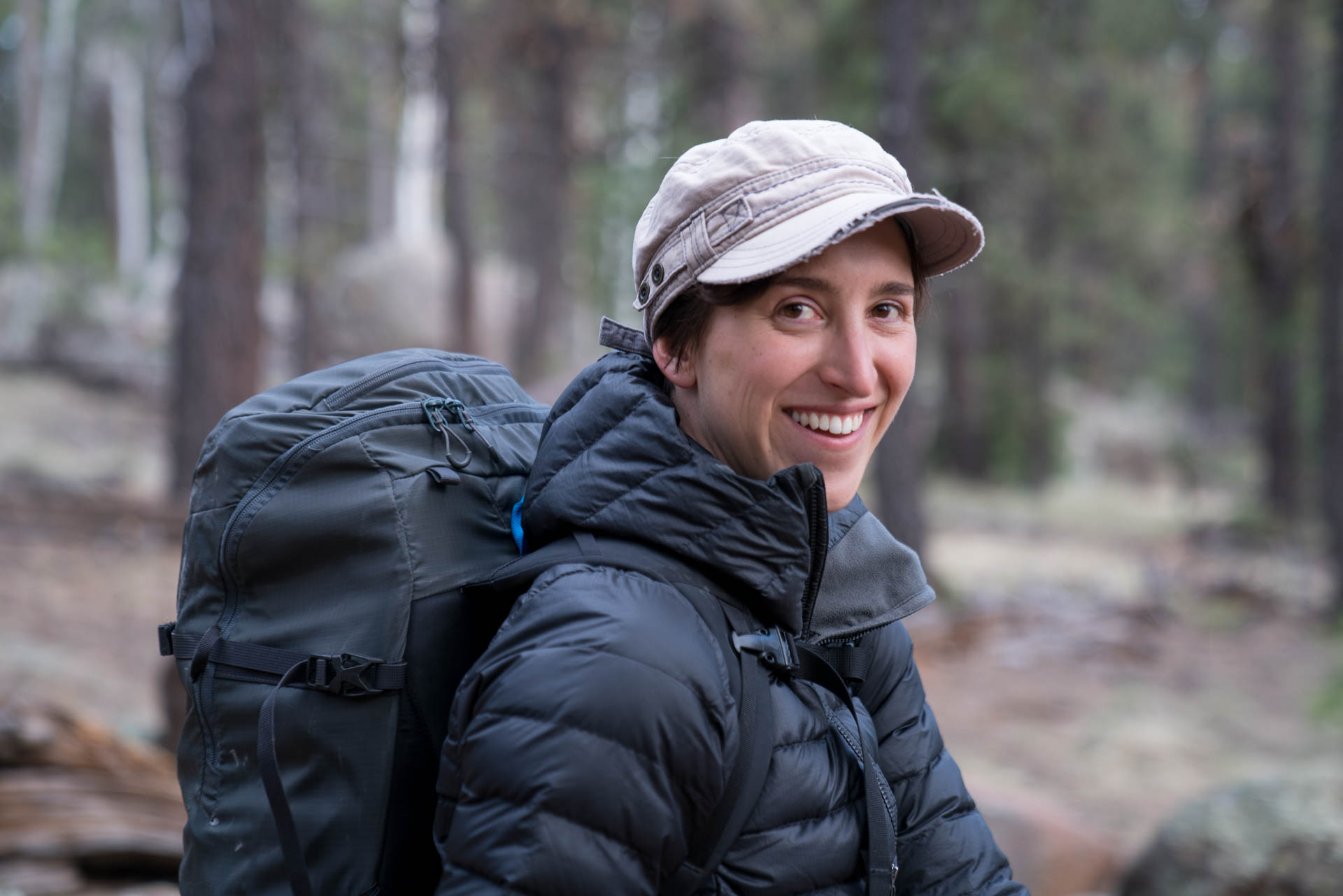 That first day at The Peaks, Megan's stomach sent us home just after the warmups. When I went down with a similar bug two days later, we knew we'd been struck with the norovirus. But that's a story not worth telling. 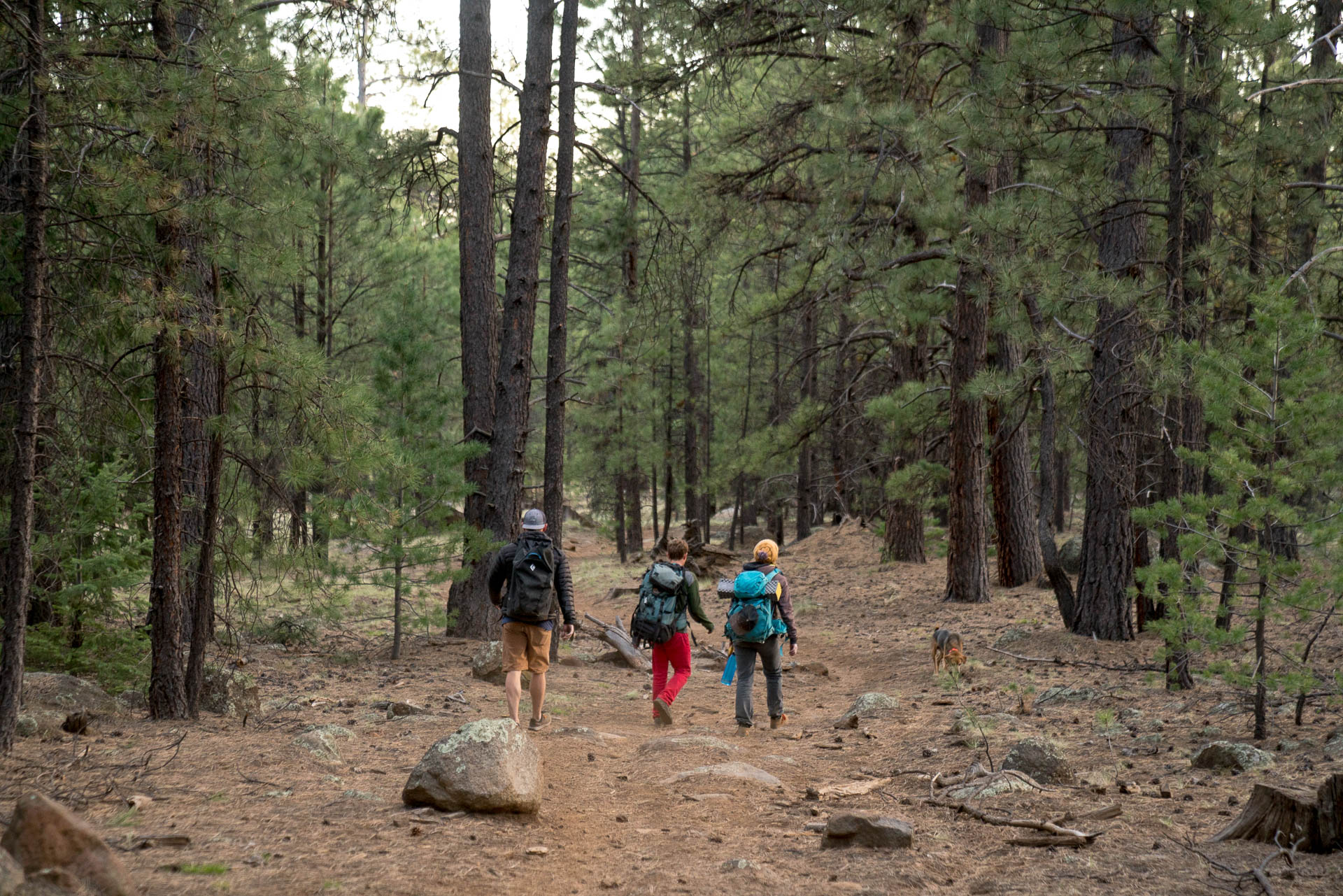 The Peaks became a regular destination for me over my months in Flag. The next trip out was with Steele. He took me on a tour-de-force of 5.11s, repeating everything he had redpointed the year before to make sure he was up-to-snuff before he started projecting out there. We warmed up on Giggle Drops. Giggle Drops & Flowrider (11-), The Flake Route (11+), Prosthesis (11), and New River (10). 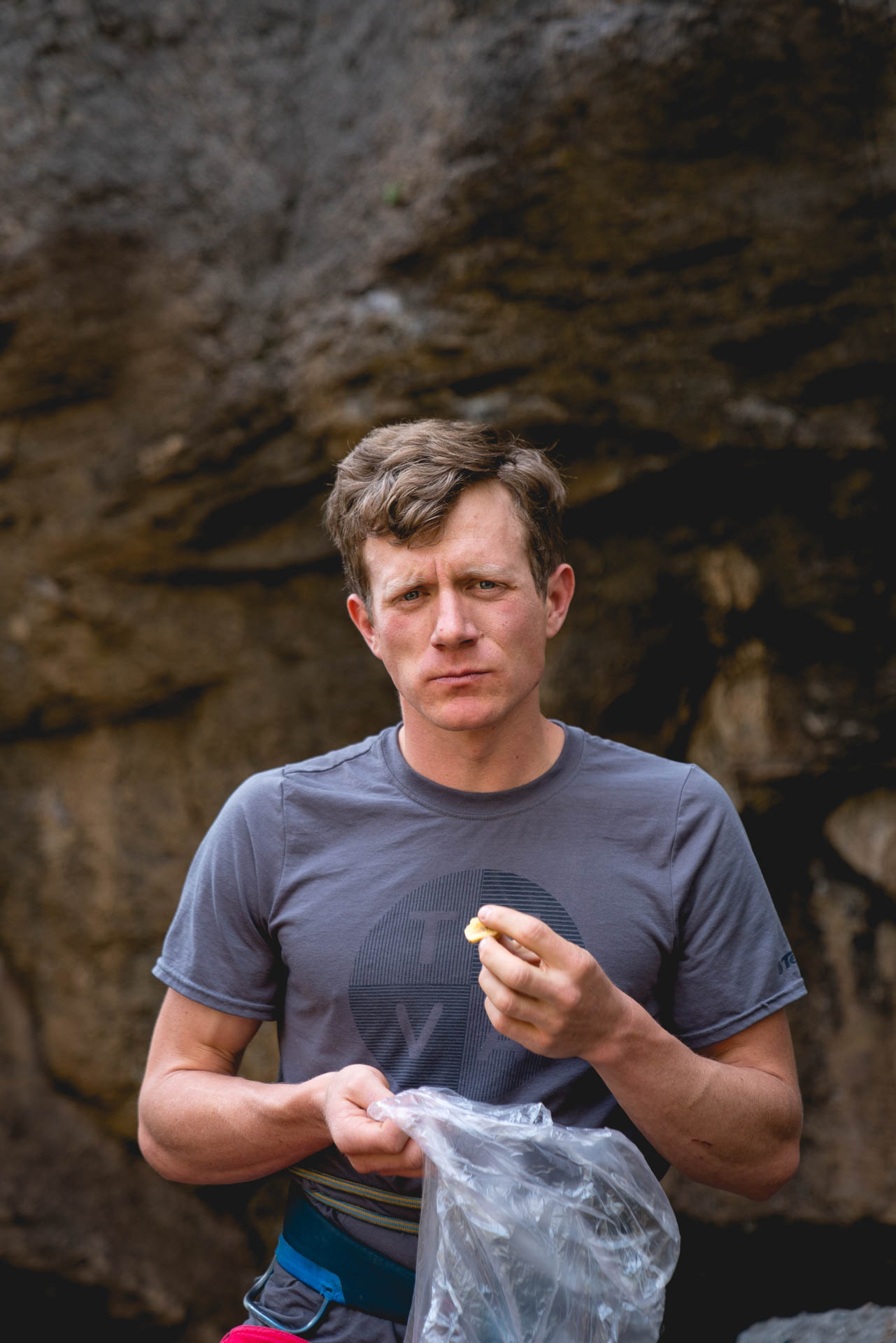 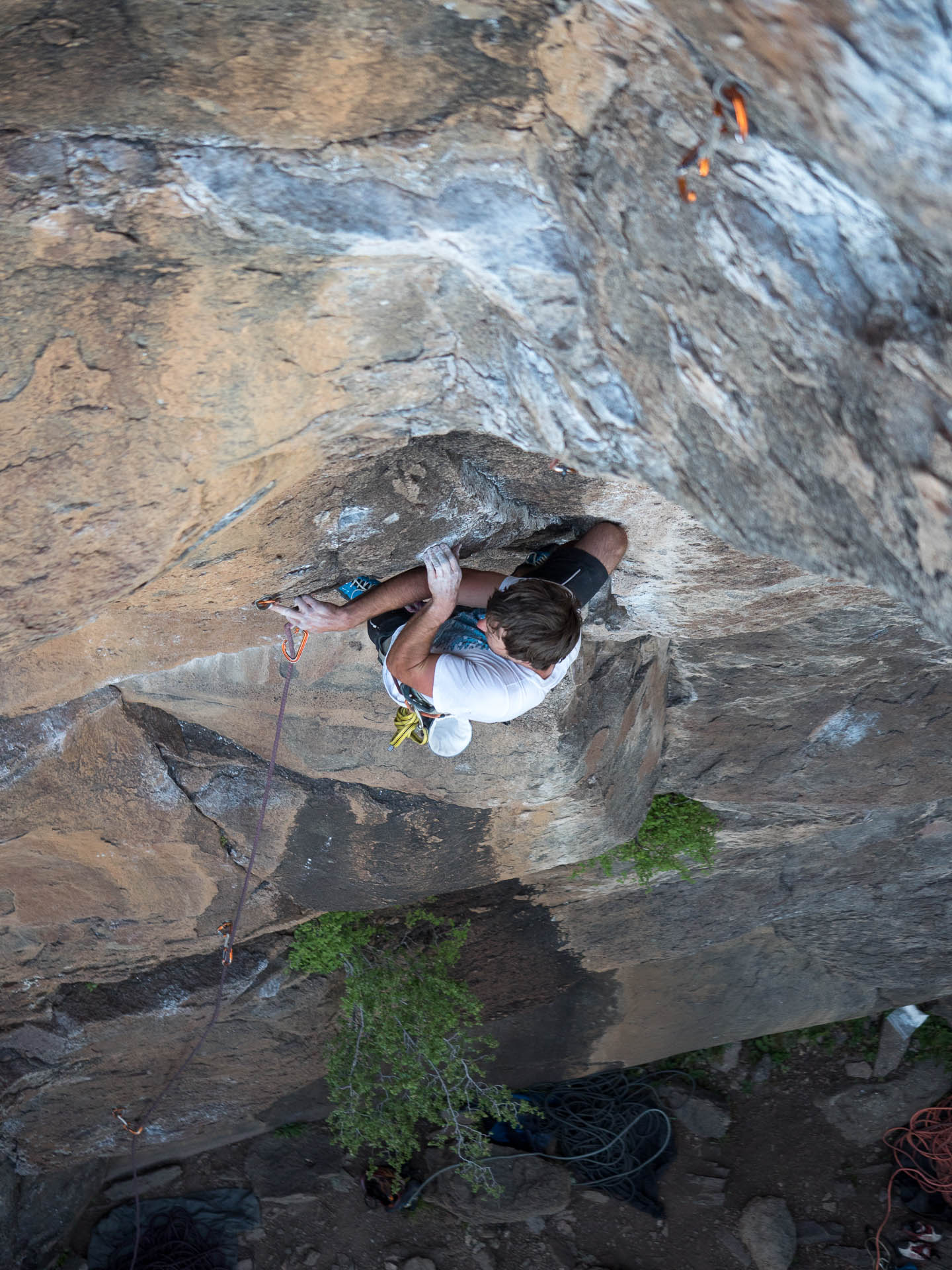 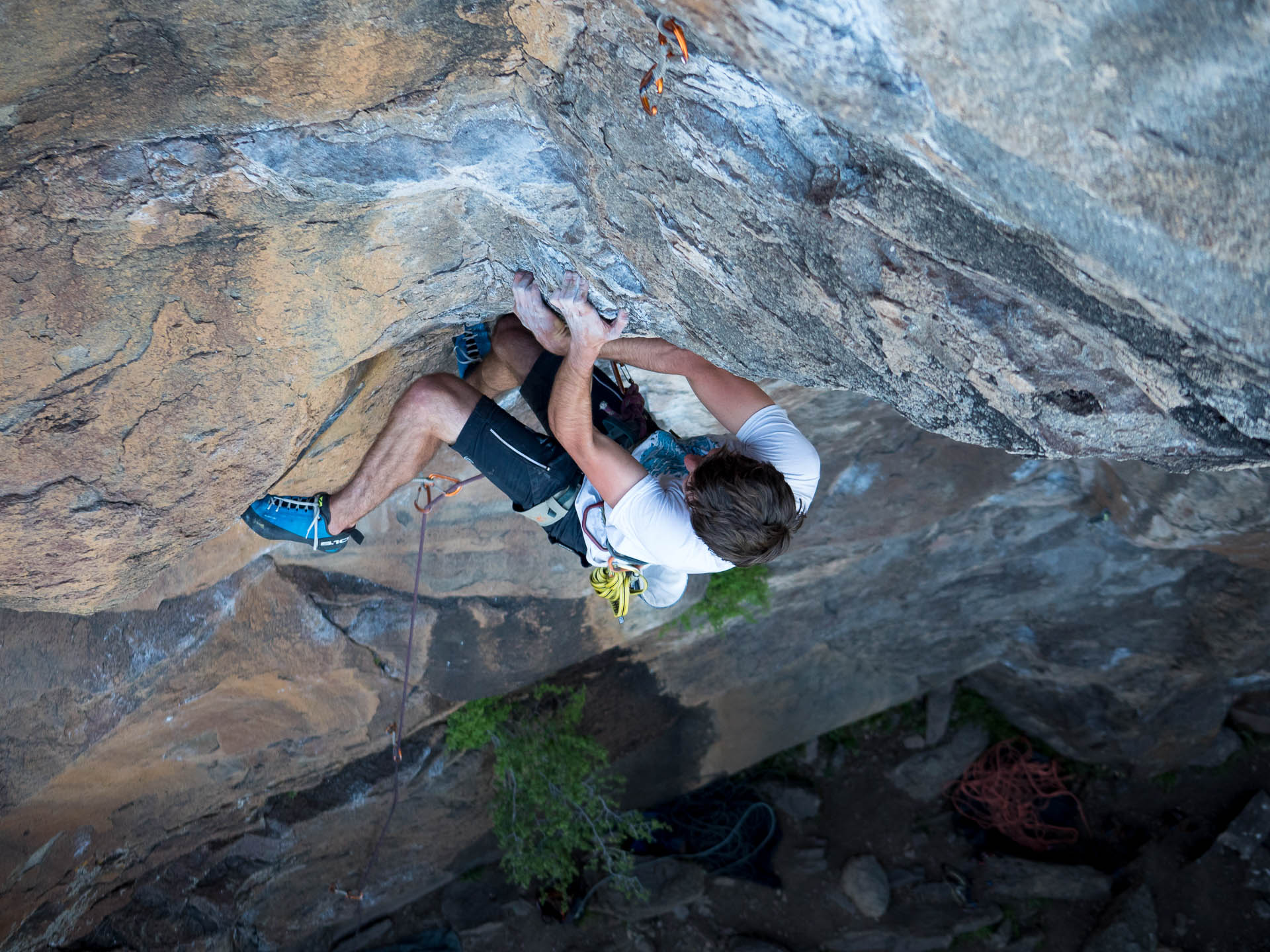 With Steele's beta, I was able to flash all the routes. Subsequently, I would obnoxiously brag about how I hadn't fallen at The Peaks for the next few weeks.

My opinion of The Peaks flipped after that day with Steele, and I was excited to go back every chance I got from then on. The sketchy easy climbs hadn't impressed me, but the movements on the 11s inspired me. Crimps, sidepulls, slopers, stems, downpalms, overhanging jugs, it was all there in The Peaks.

Steele also introduced me to some good Flaggy partners and models. I passed an evening without climbing at the peaks to just focus on shooting while I had an a7rii rental to play with (I later bought that camera...) 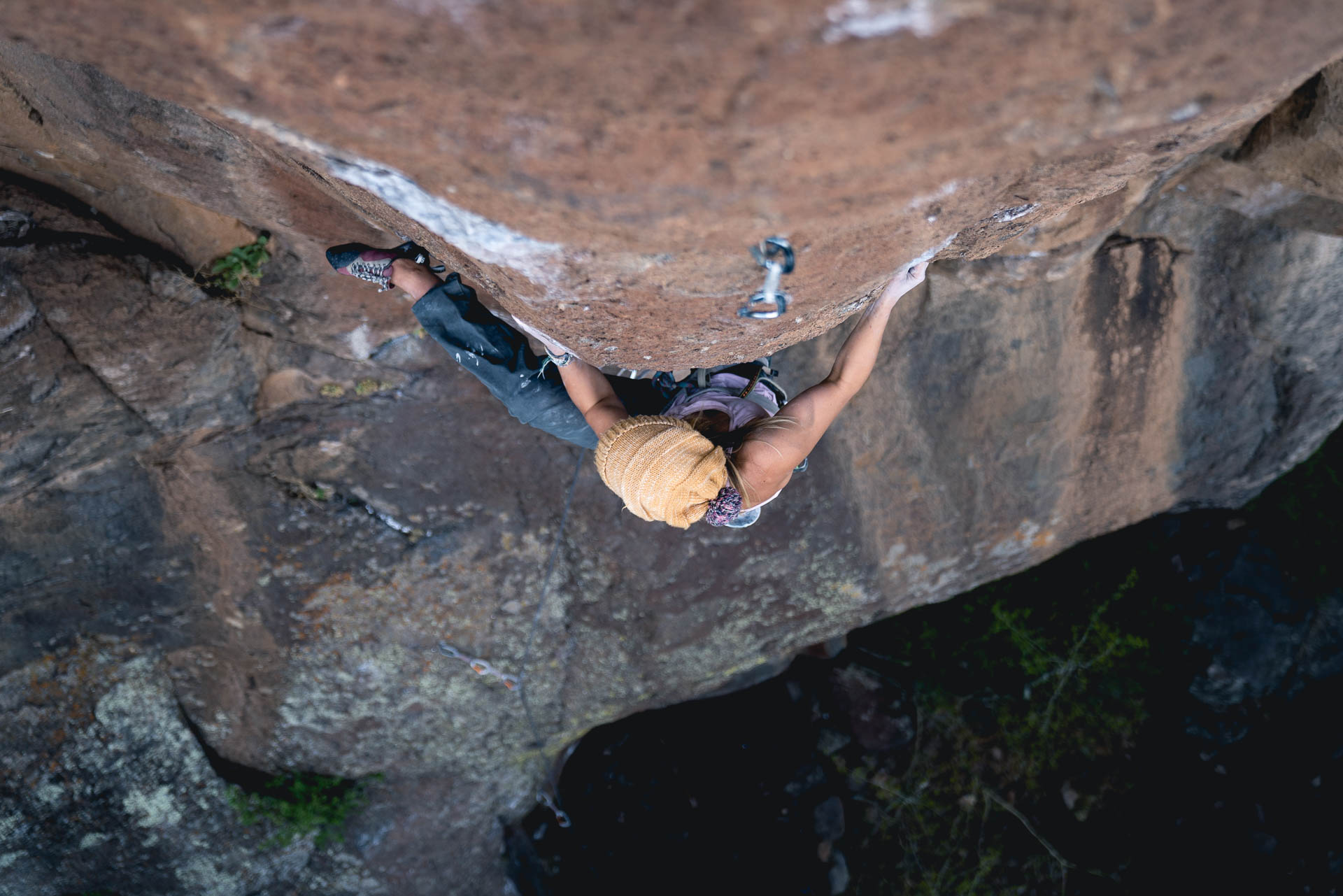 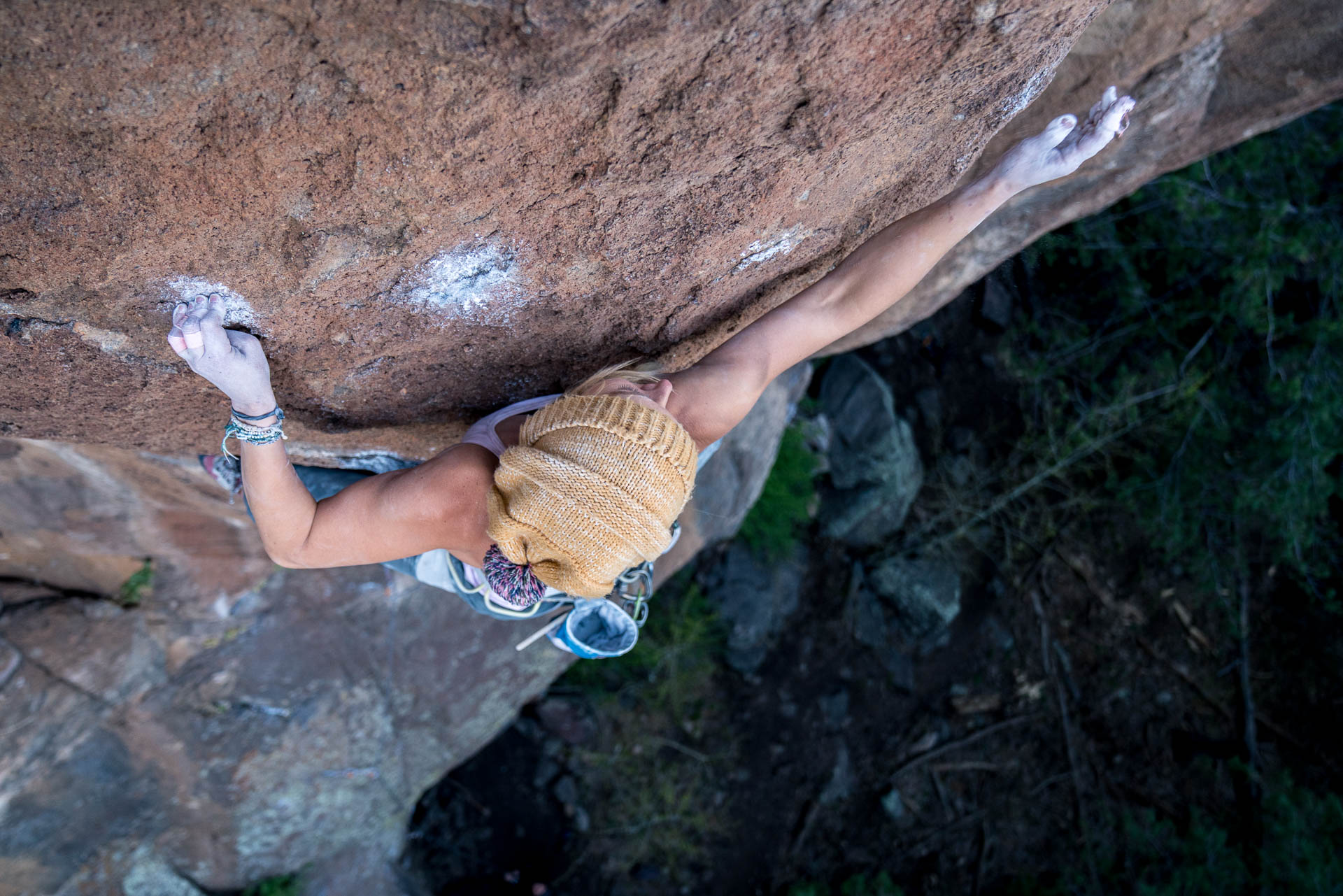 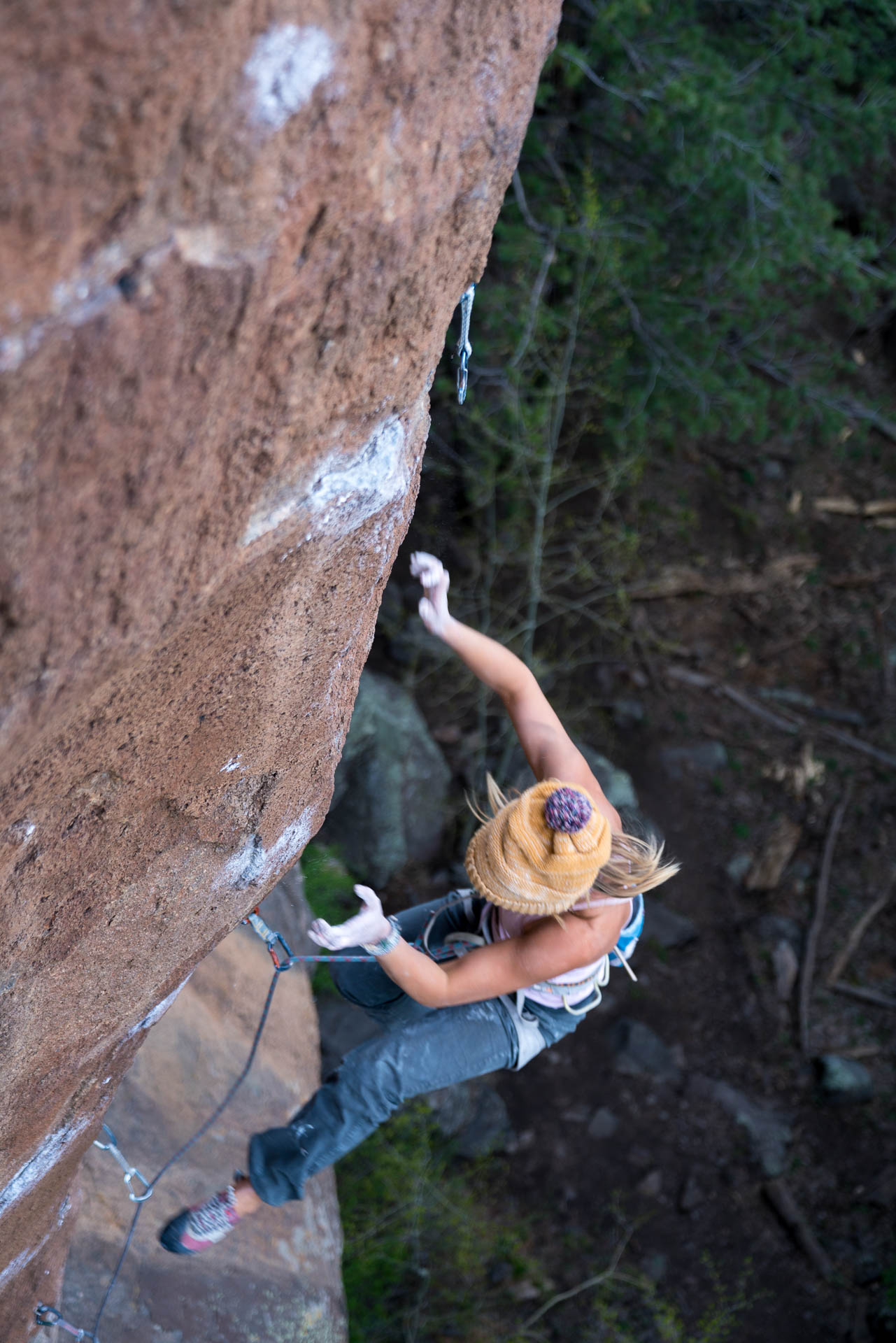 A trip to Mount Lemmon convinced me to stop climbing within my ability. Back "home" at The Peaks I got on Up In Smoke (12b) and surprised myself. How long had I been holding myself back? What was I waiting for?

Steele joined me in working the route. 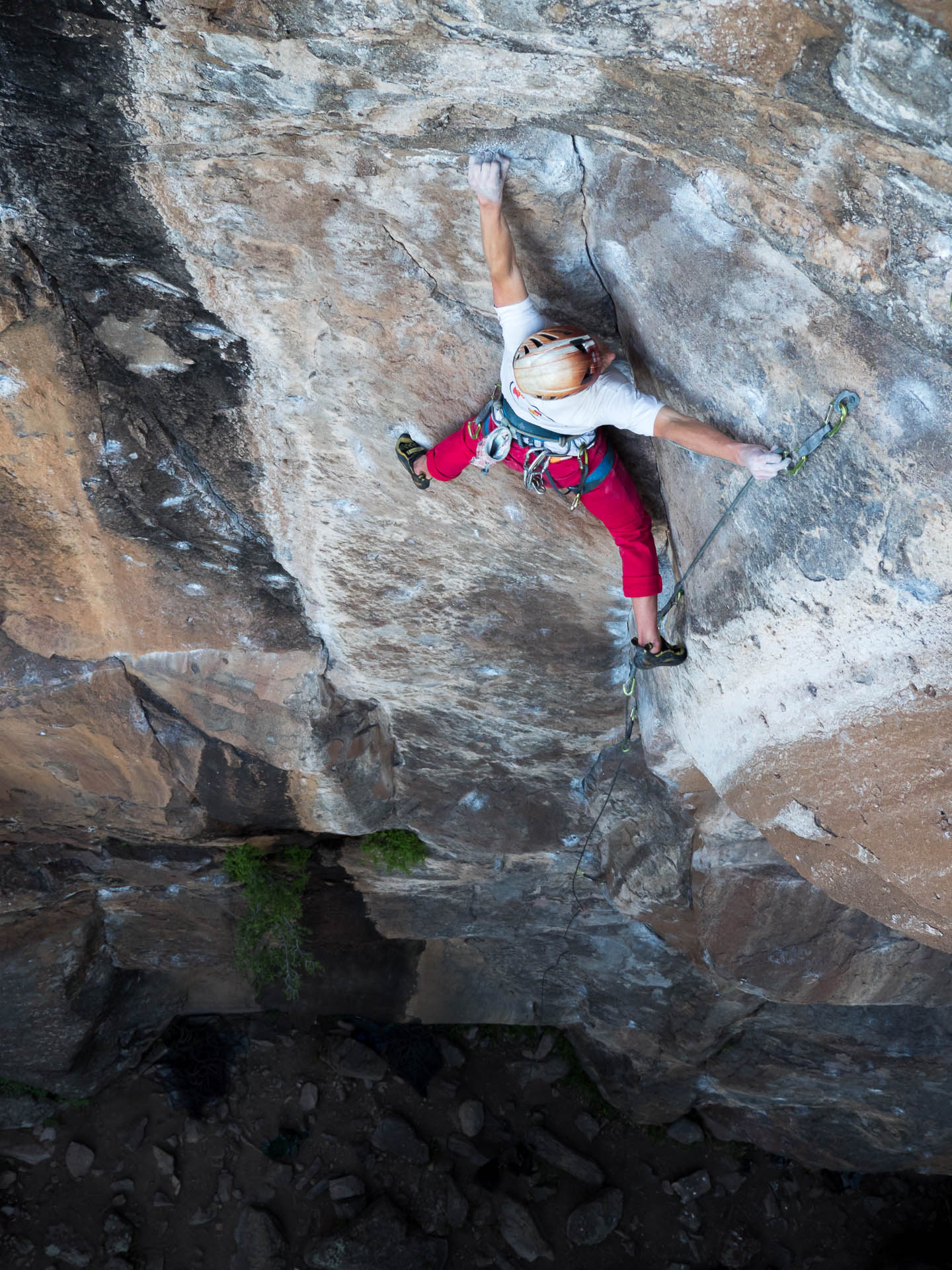 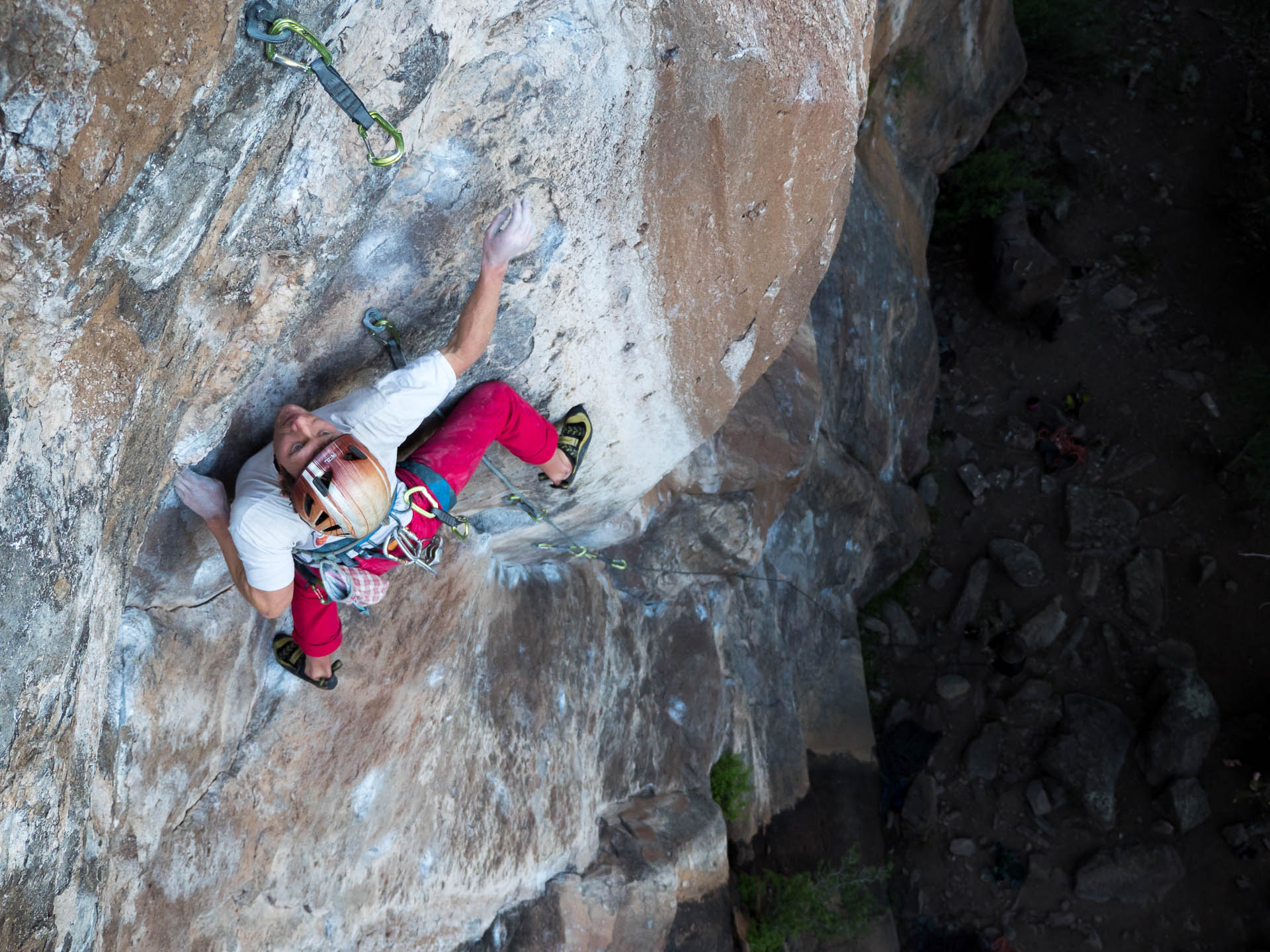 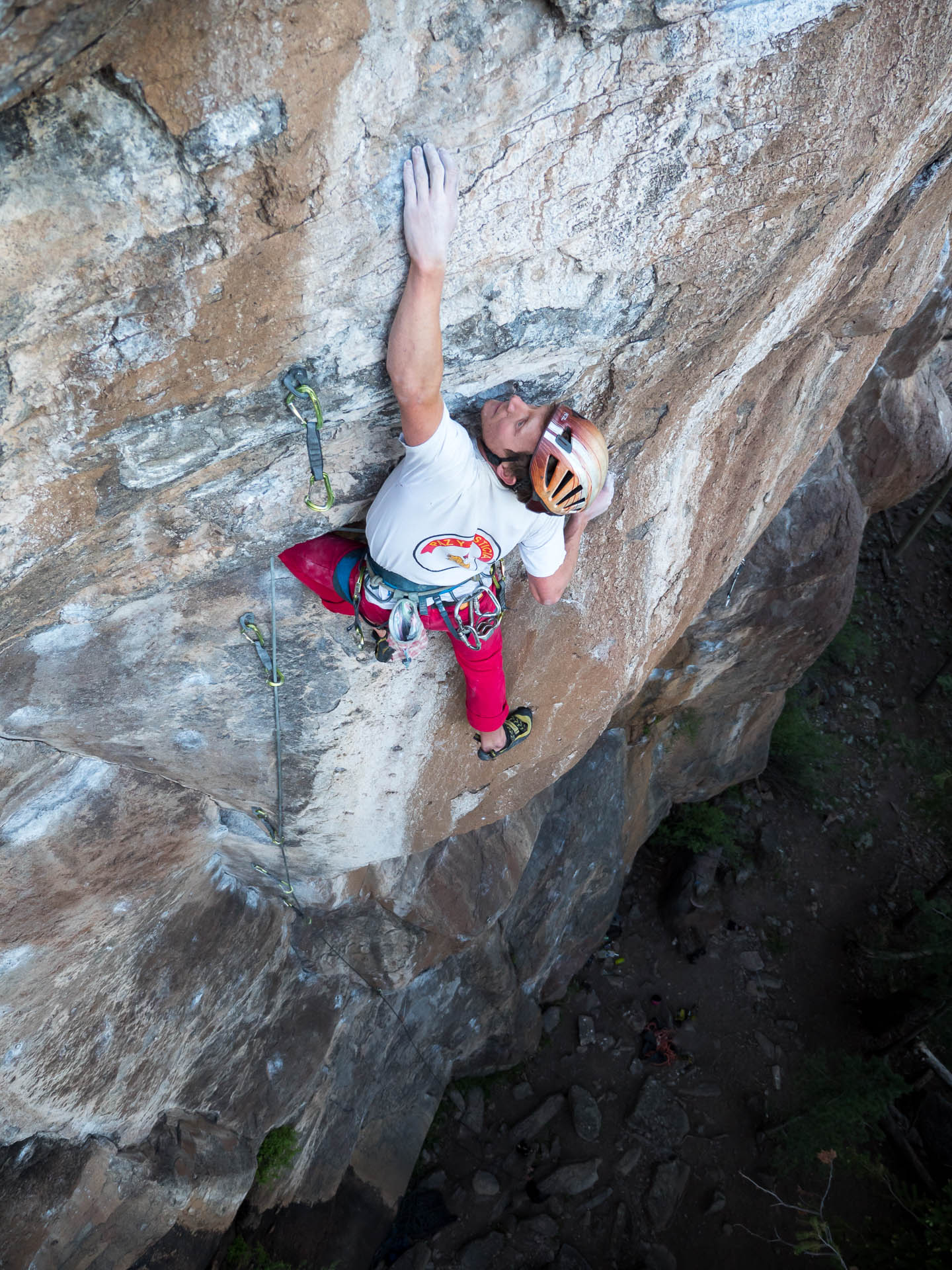 I foolishly warmed up on it after jugging up-and-down three times and gave myself my first ever pulley injury as I aced the two-finger half-pad side-pull but fell reaching for the jug.

Perhaps my poor decision was inspired by watching Joel Unema warm up on my project so that he could work Blake McCord's unrepeated Control Burn (13+/14-). 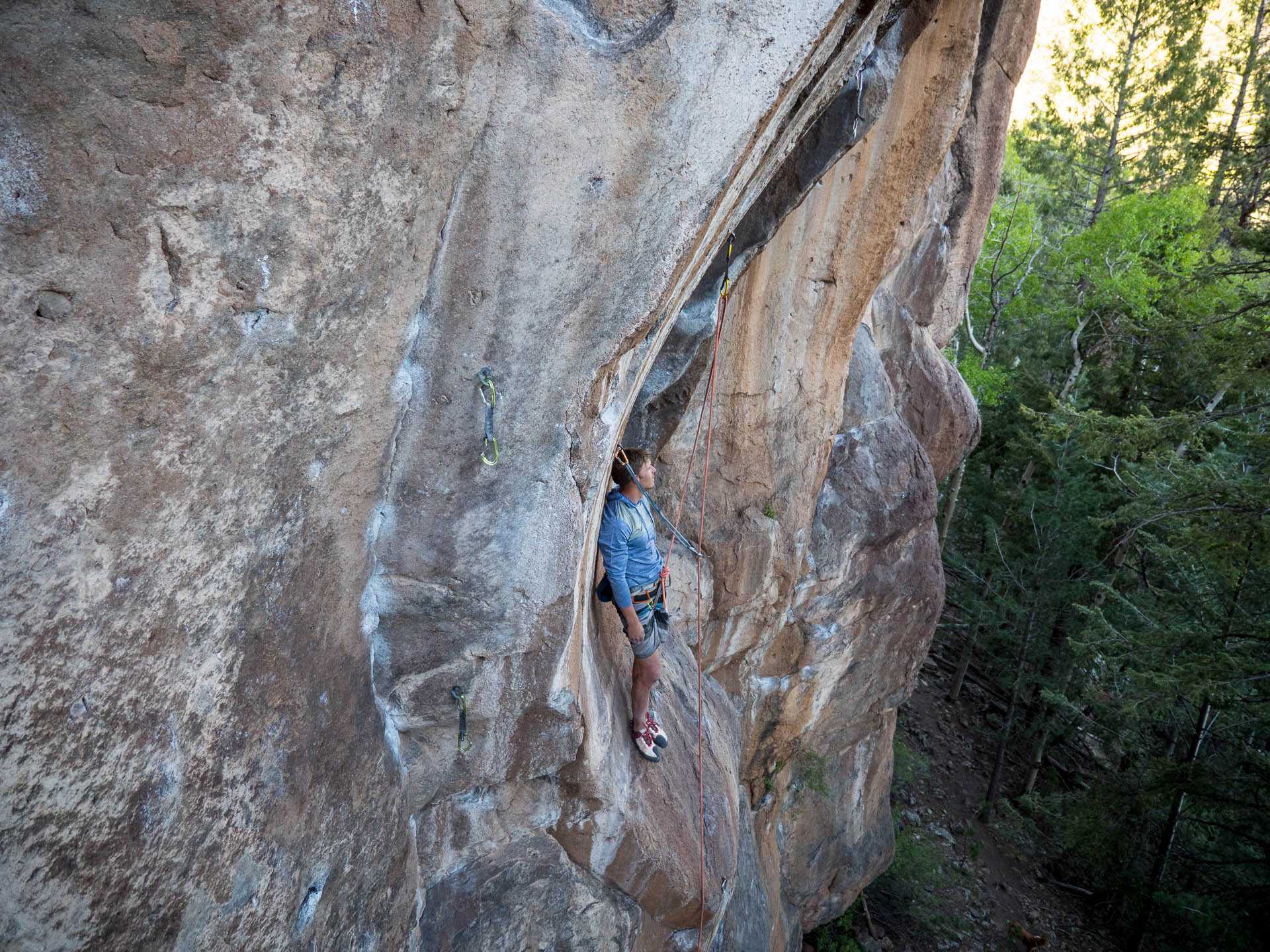 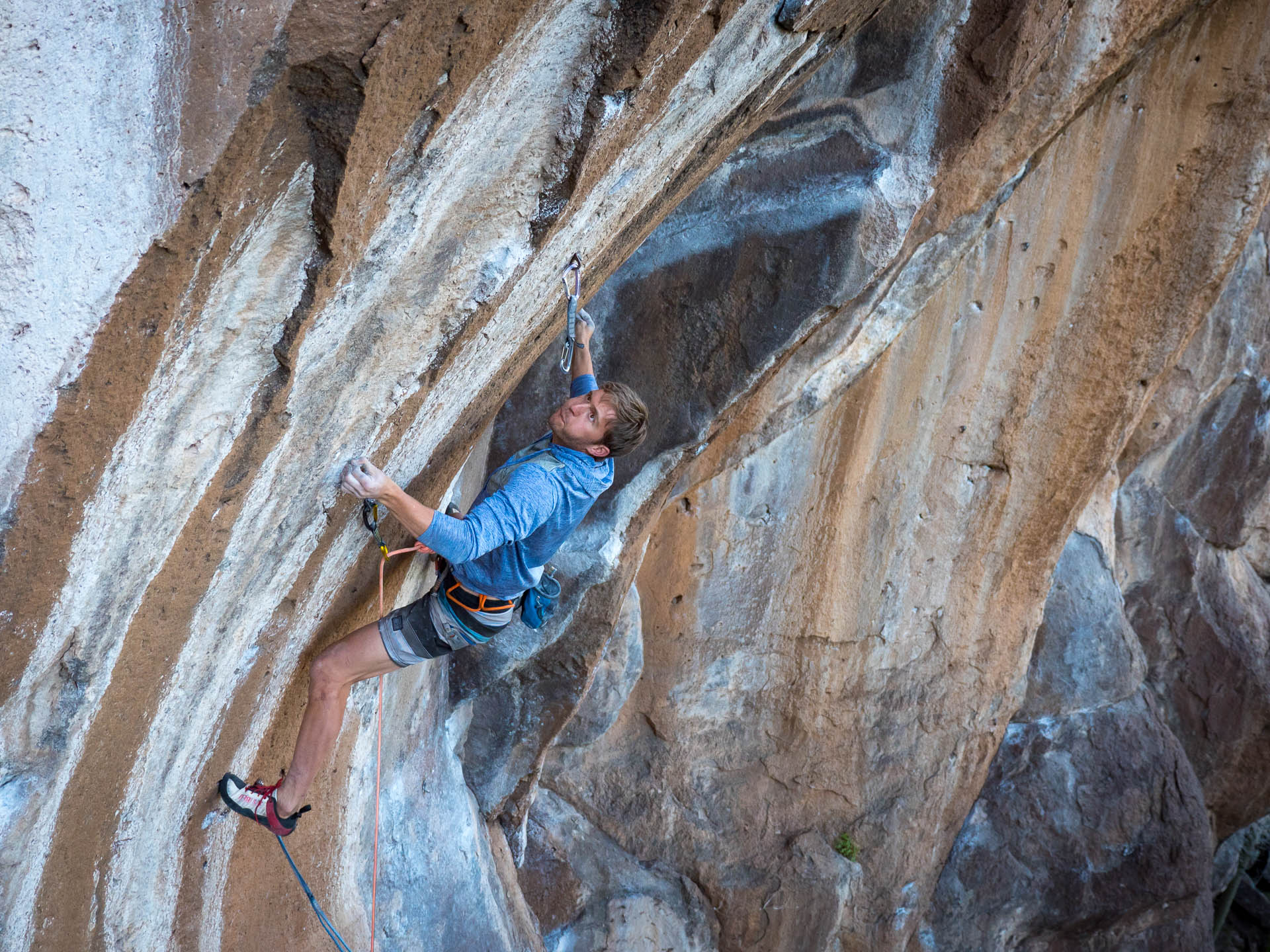 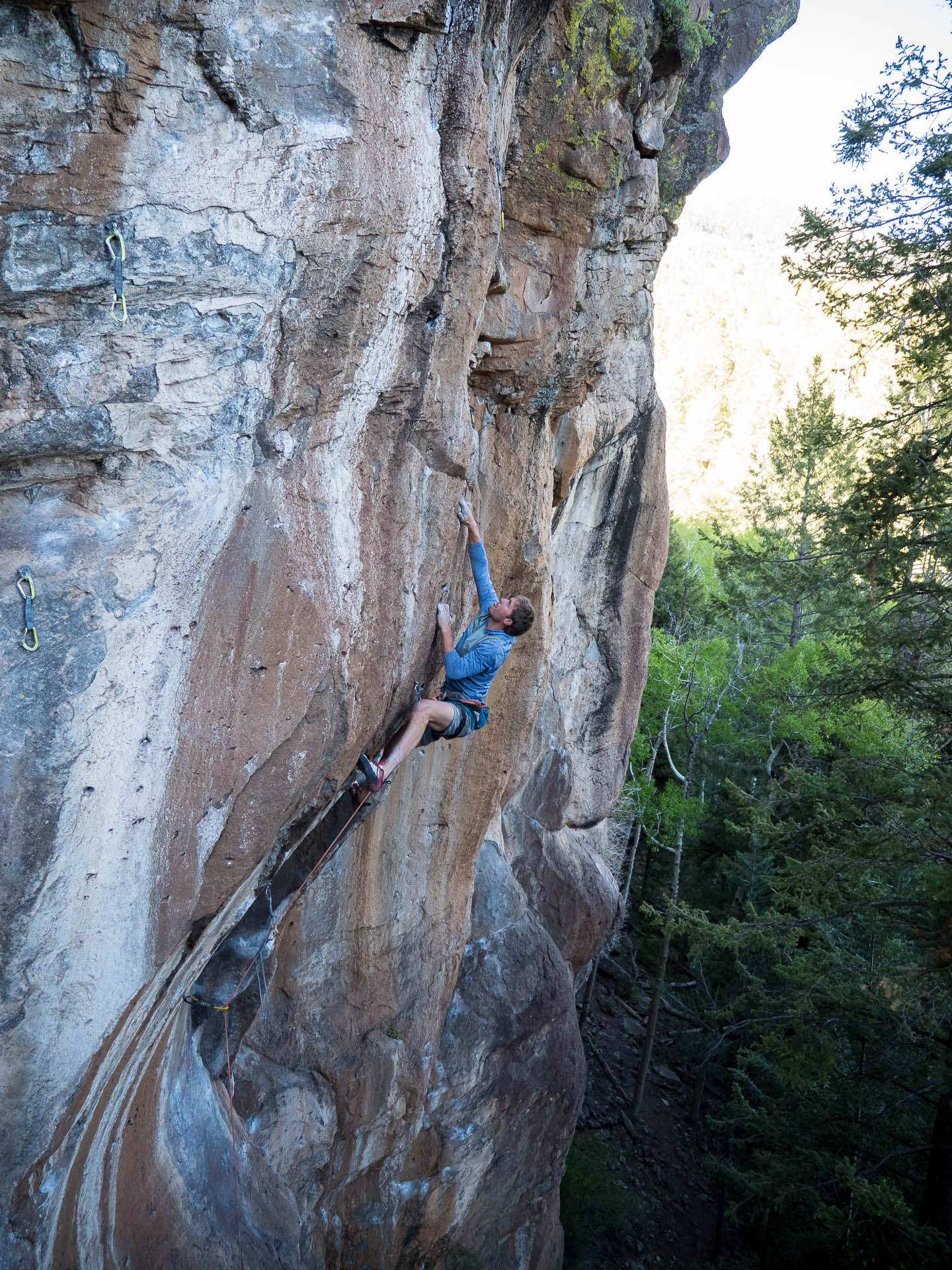 Flagstaff's climbing community was always welcoming out at The Peaks. People were happy to joke around and enjoy themselves while trying hard, and I met many folks and ran into a lot of them repeatedly. Anthony and Ellen especially stand out as random people I joked around with and who then became great friends (we even made it out to Winslow together). Joel gave me good feels the day I met him for recognizing my name as being attached to new photos of The Waterfall. Thanks to all the locals for being so kind to the new guy.

For my own recollection, I should mention two trips back to The Peaks (while nursing my finger) with Damon, where I got to watch him work Spirit Weasel (14-) as well as get a tour of a few more good routes.