skip the words, go right for the photos

Hot off my success at Ten Sleep, I was ready to make the smash at the 'Voo. Gyps Bartholomieux took ownership of my fate and my first day of climbing back at Laramie. 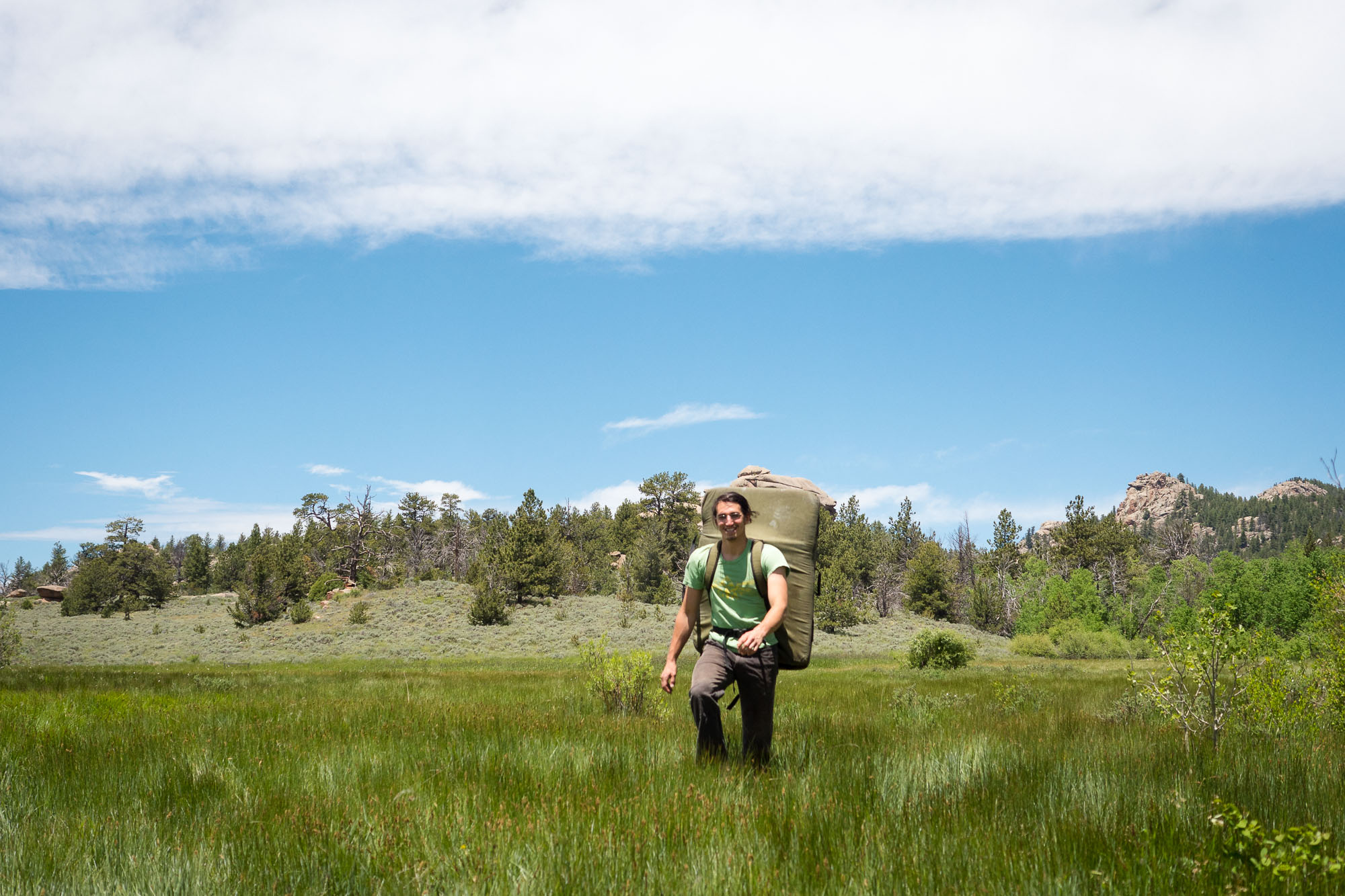 He lead me on his dream circuit around Reynold's, enumerated thusly:

If you know Ten Sleep, and you know the Voo, you know that my three twelves the week before meant diddly on Laramie's granite, and only one thing got smashed that day with Bart. 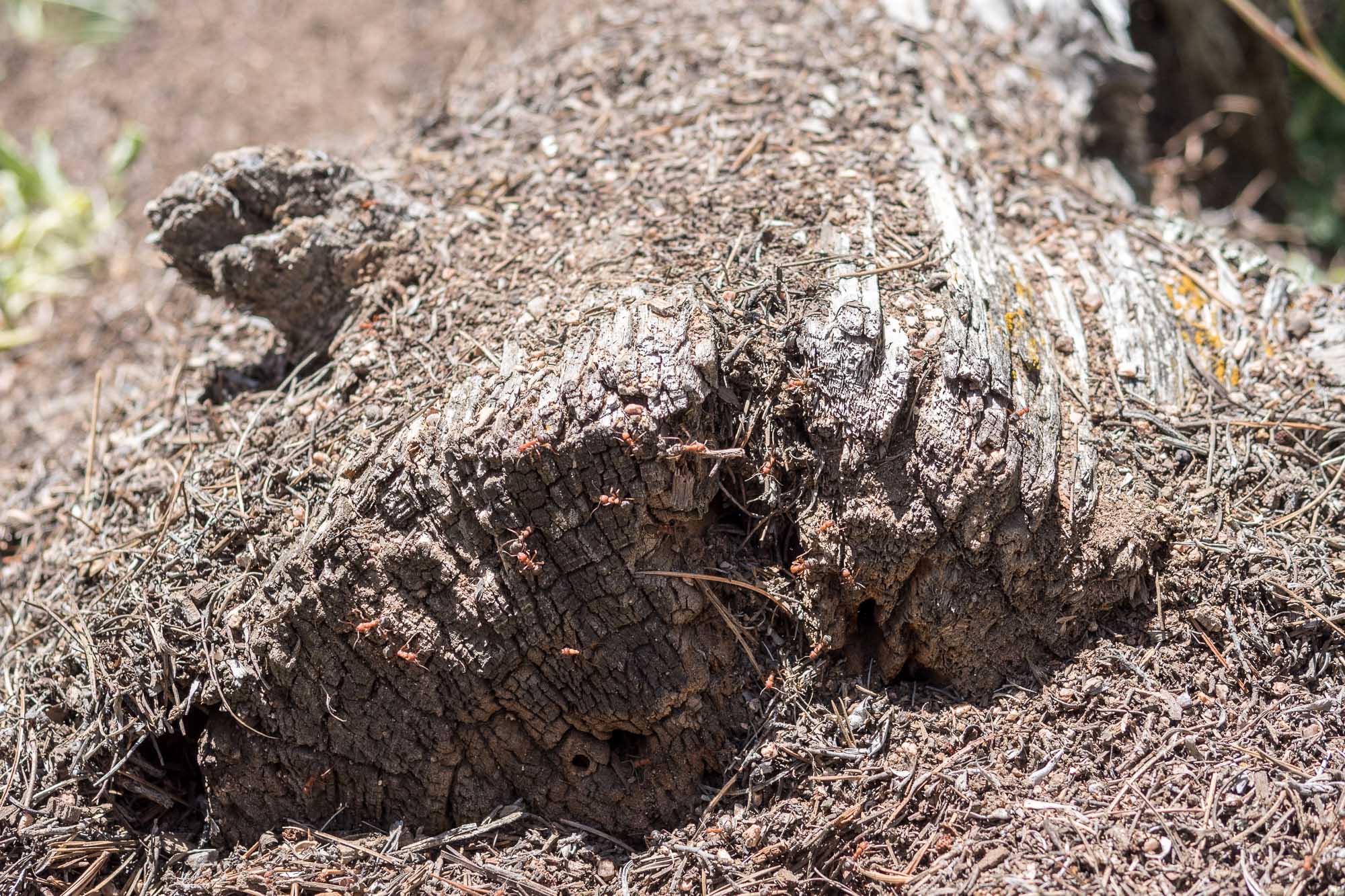 The Red Gyps joined us for the start of the day. We parked at a secret approach spot and set off over barbed-wire fences, gurgling streams and mosquito infested aspen groves. 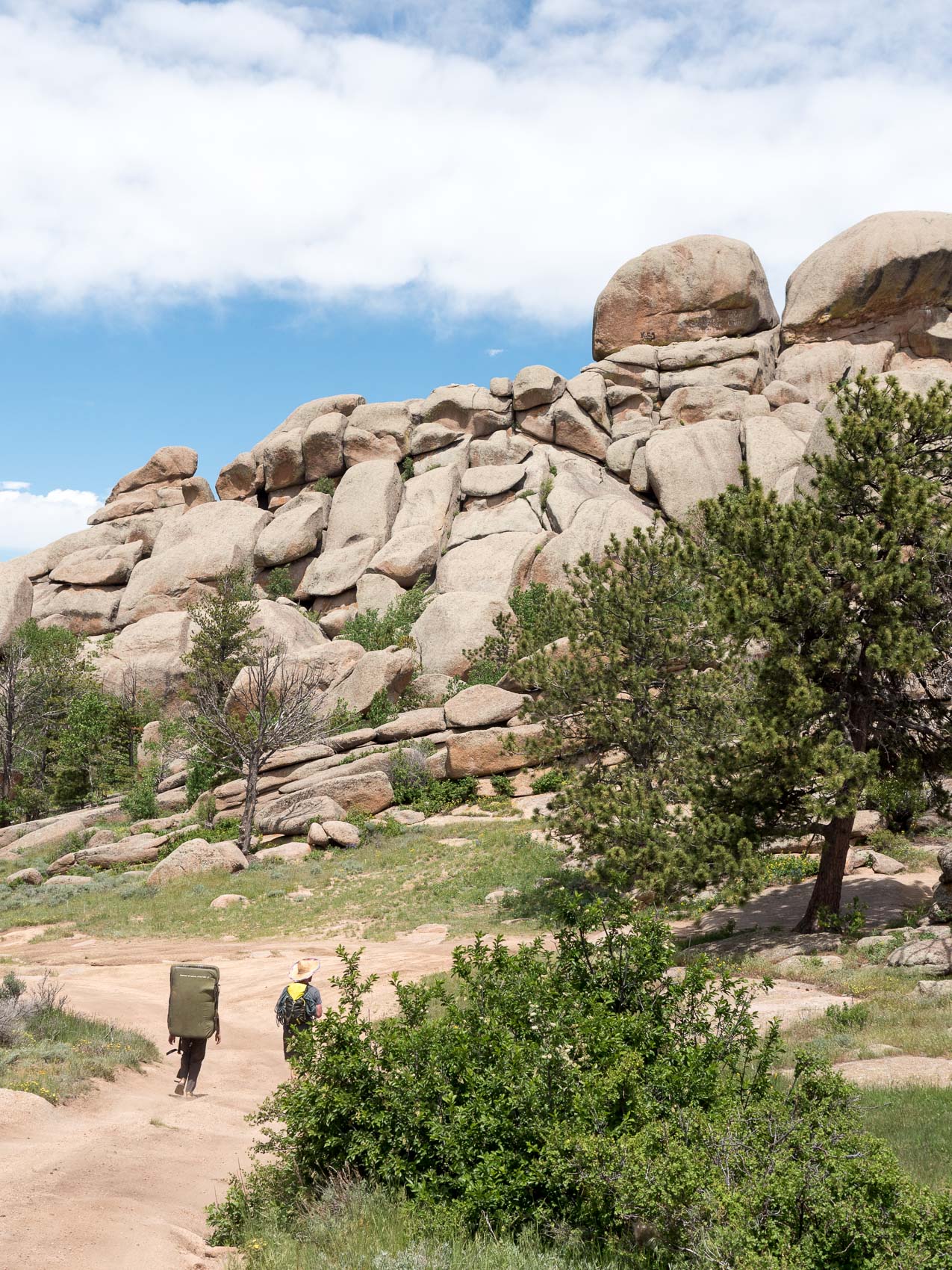 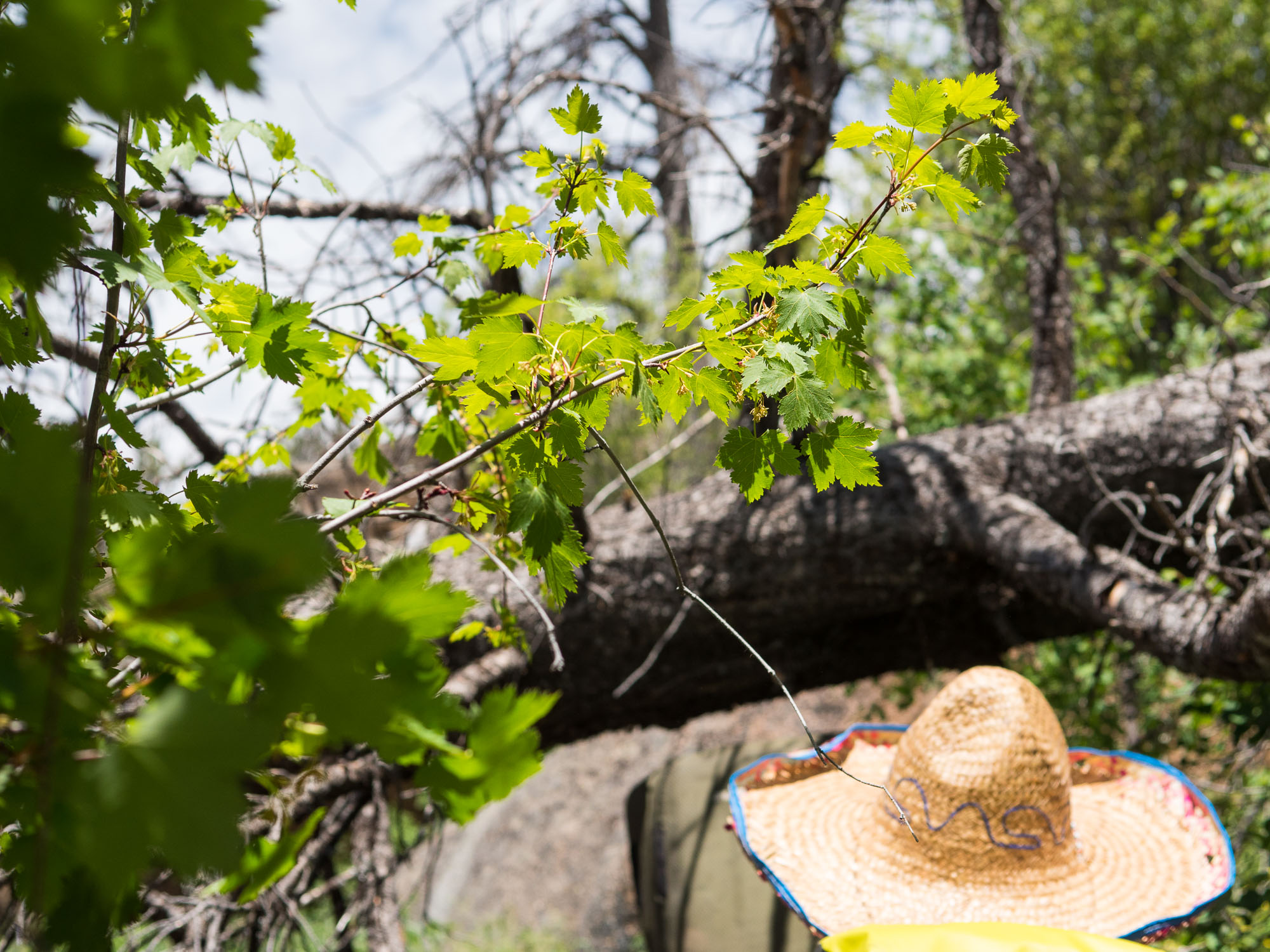 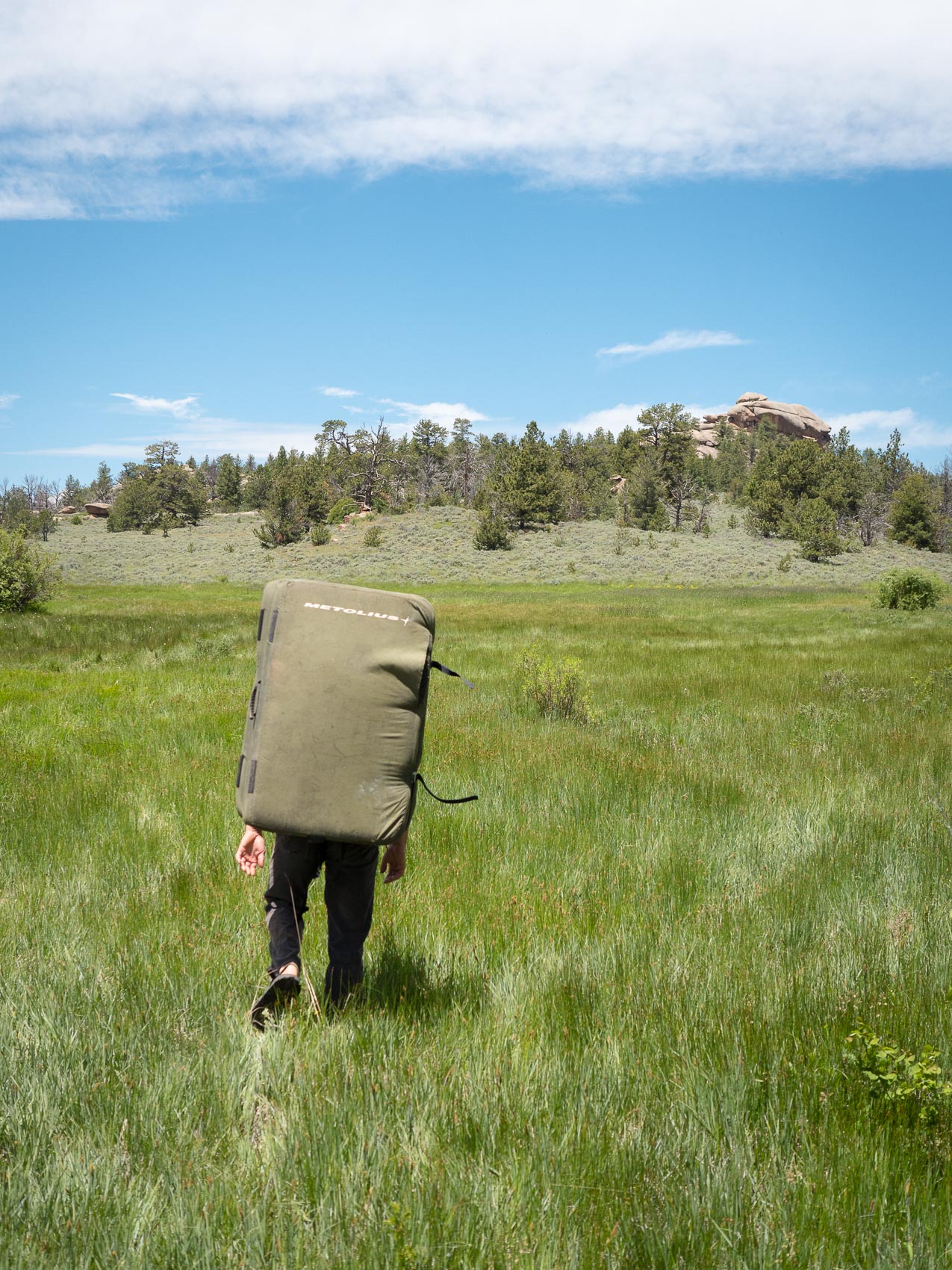 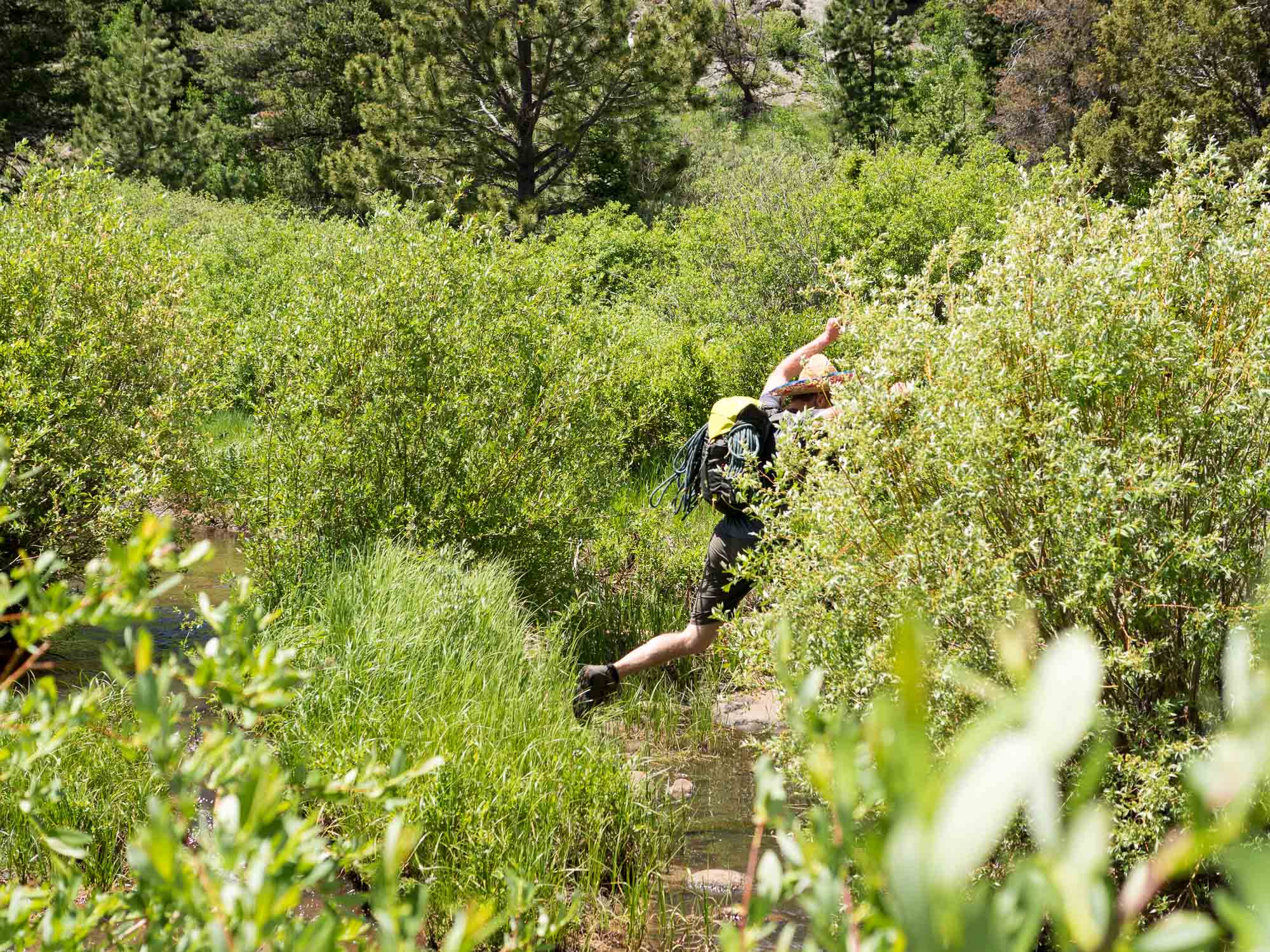 With time we came to a stop below a large boulder someone had been foolish enough to put an anchor on last year. Bart dropped his bouldering pad, taped up, tied in, and got to work. 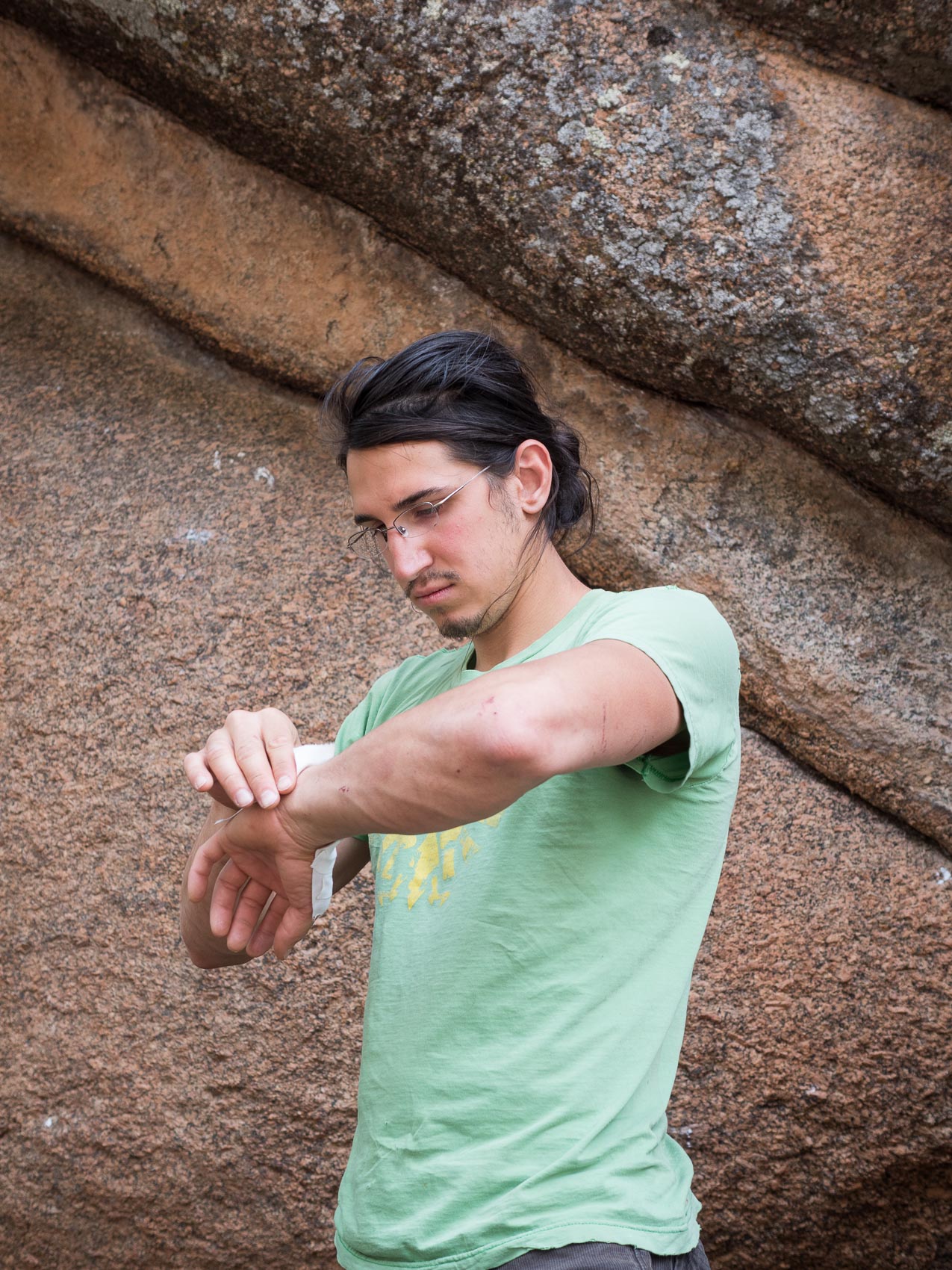 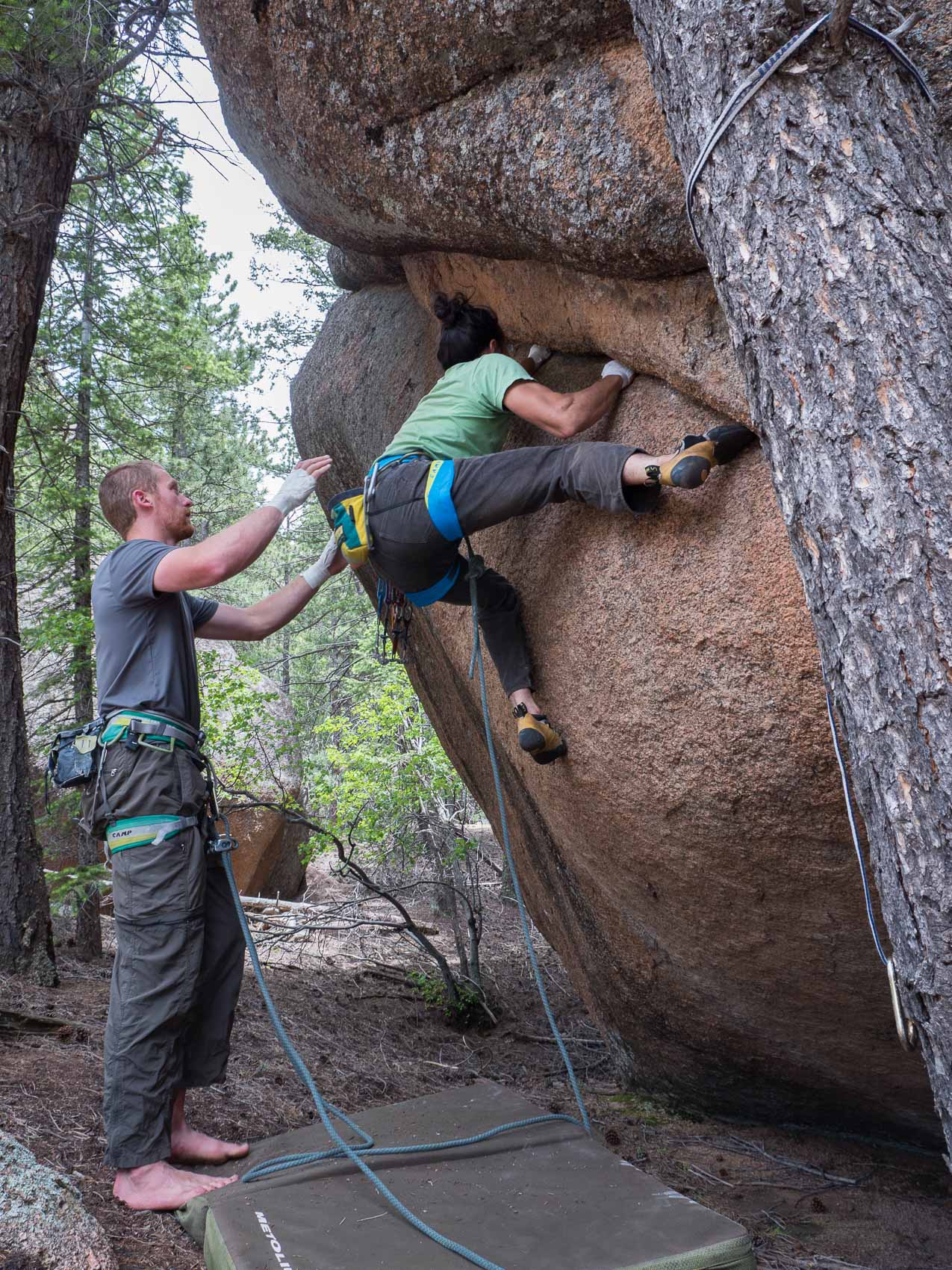 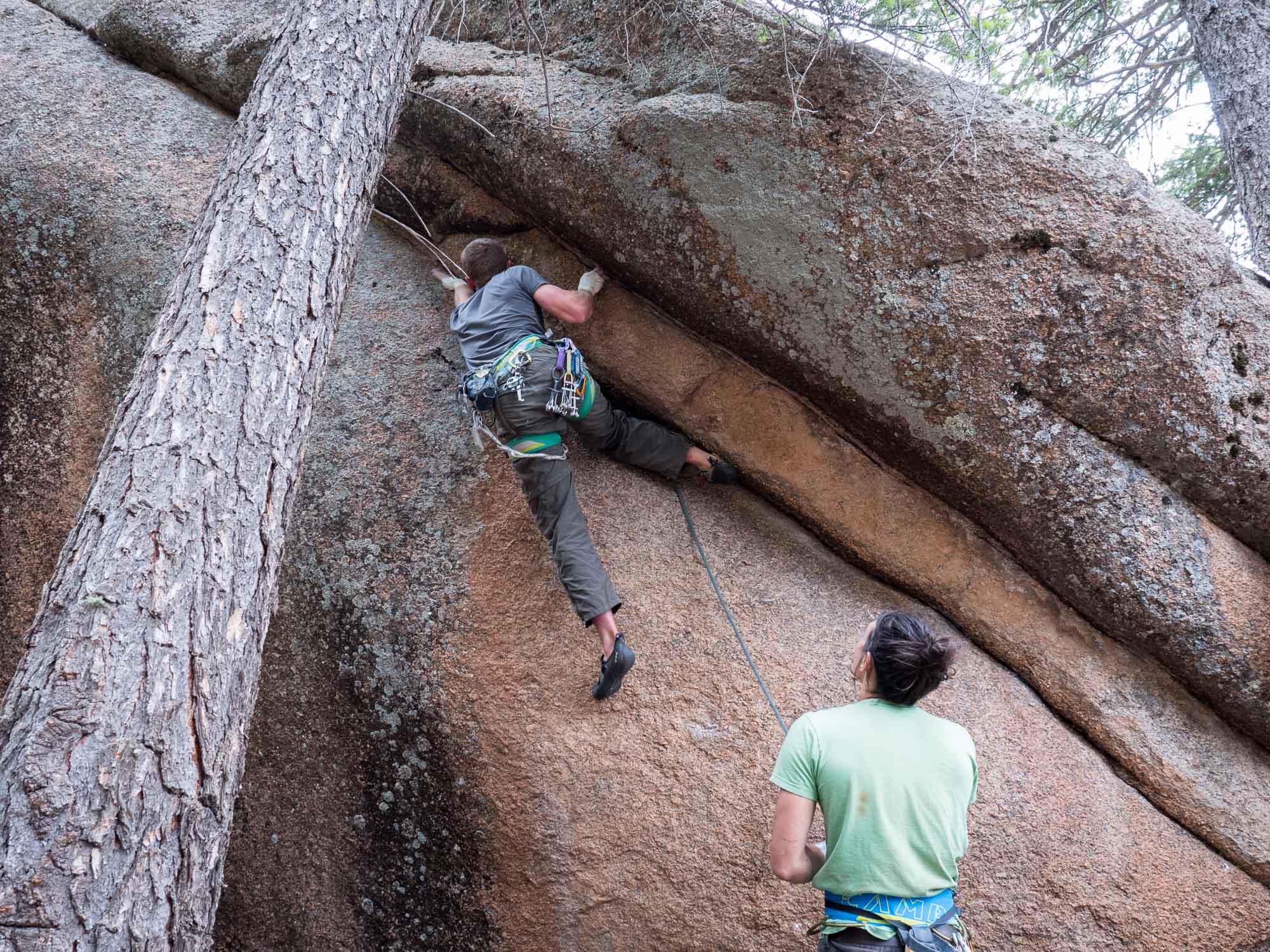 After Shane left us to go count climbers, Bart did a bout of cleaning on his route and then we too left that rock for another day. 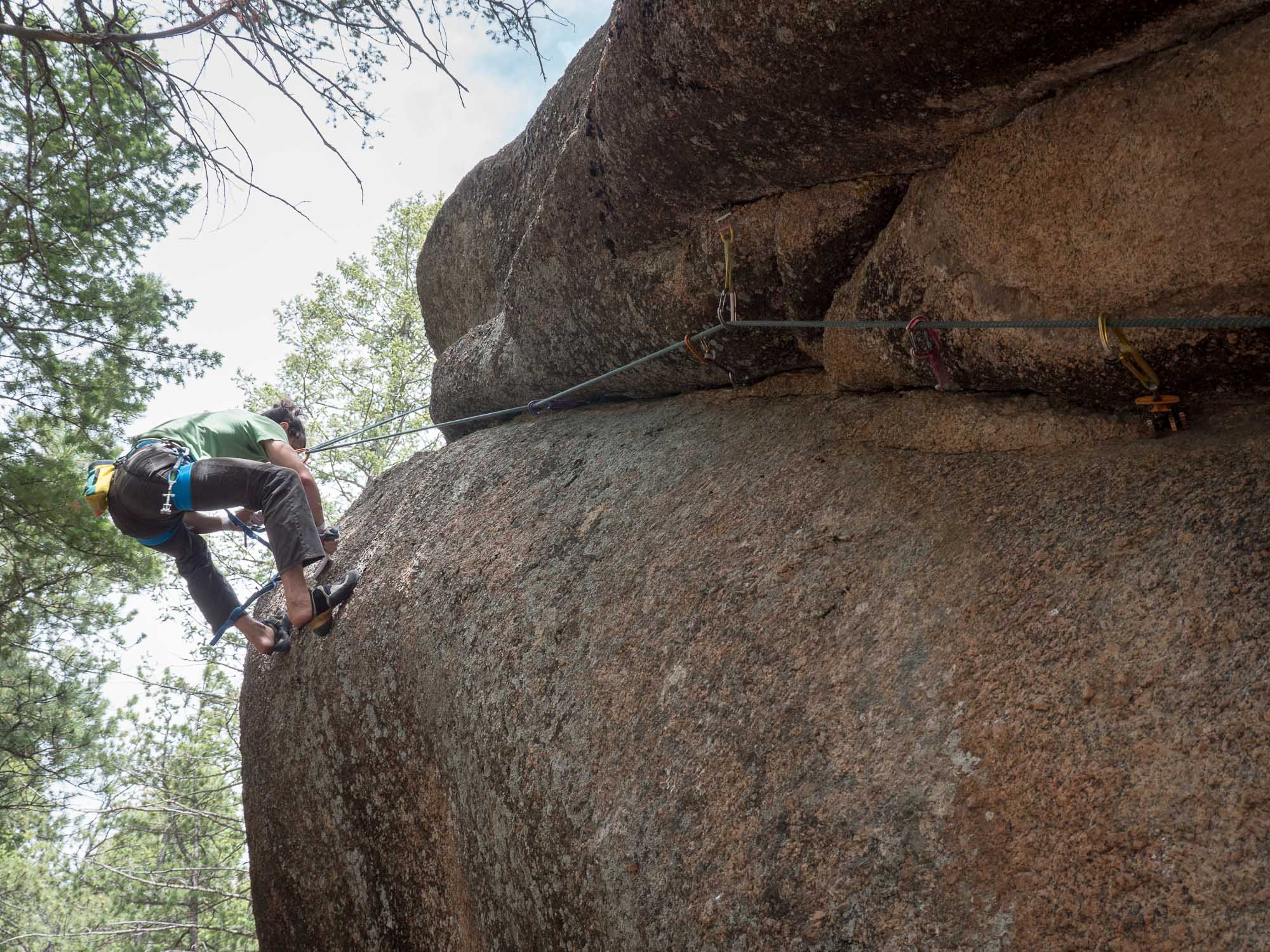 I tried leading Soft Parade and was further emasculated. Luckily, Rob and Shane were there to witness it. Thin hands are Satan's work.

Pussycat's Hot Licks was a bouldery sport climb more in my style, but my being a weak and worthless human being combined with destroyed fingertips from Ten Sleep kept me from even top-roping it clean.

0/3, for those of you keeping score at home.

I also suck at bouldering. 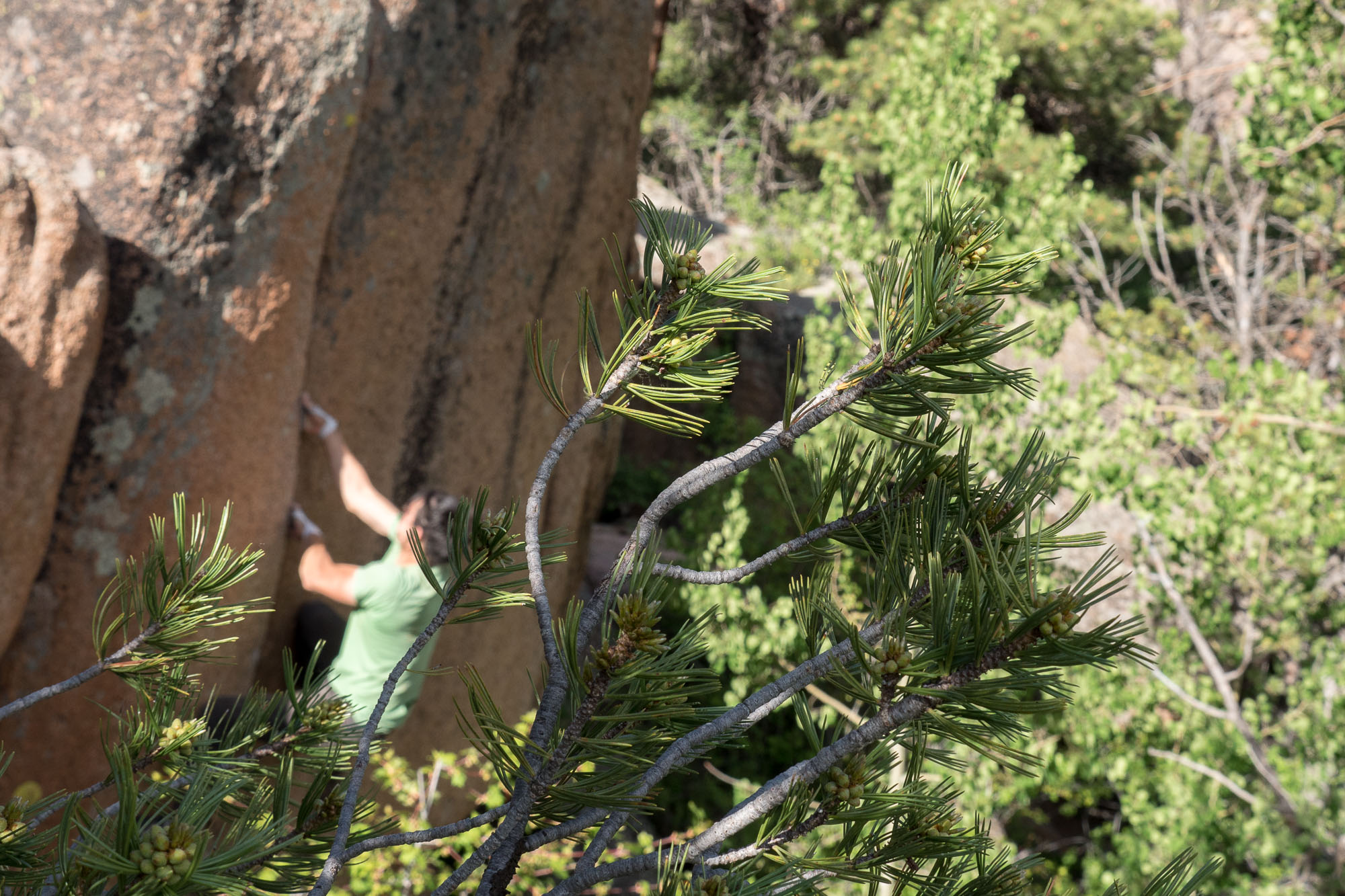 Bart doesn't though. He lapped this thing four times, and my lens and I took advantage of the sun getting lower in the sky. 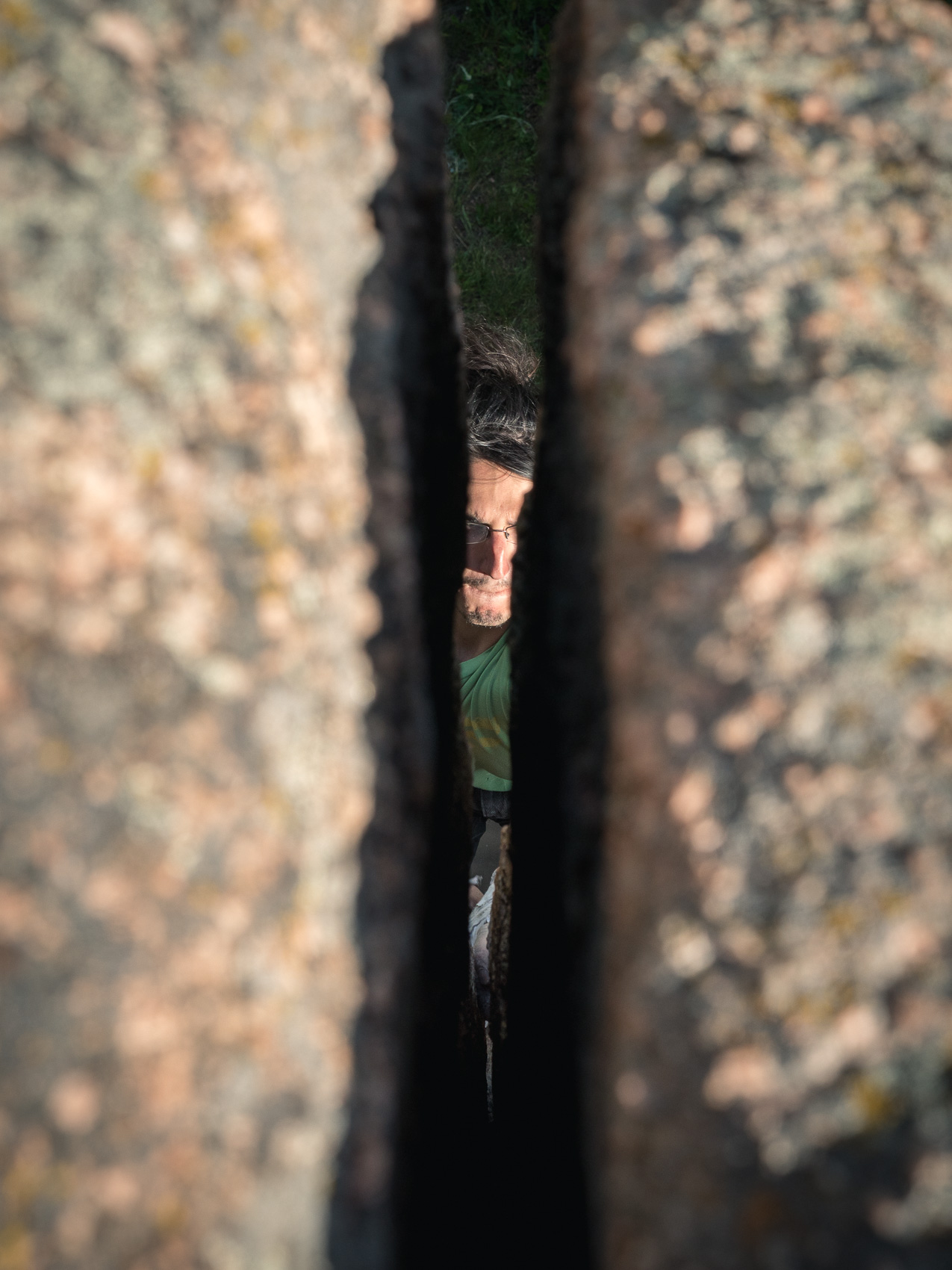 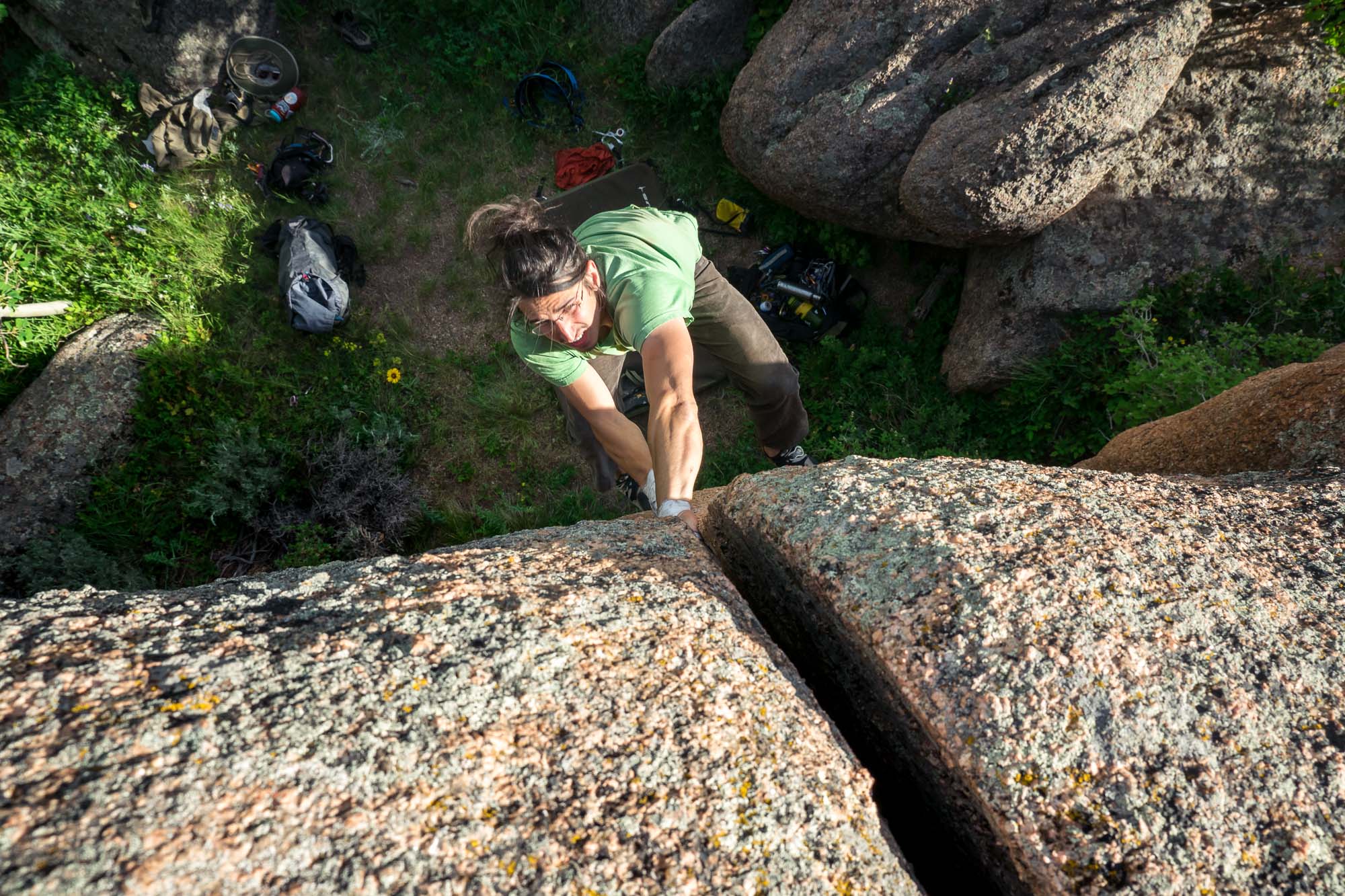 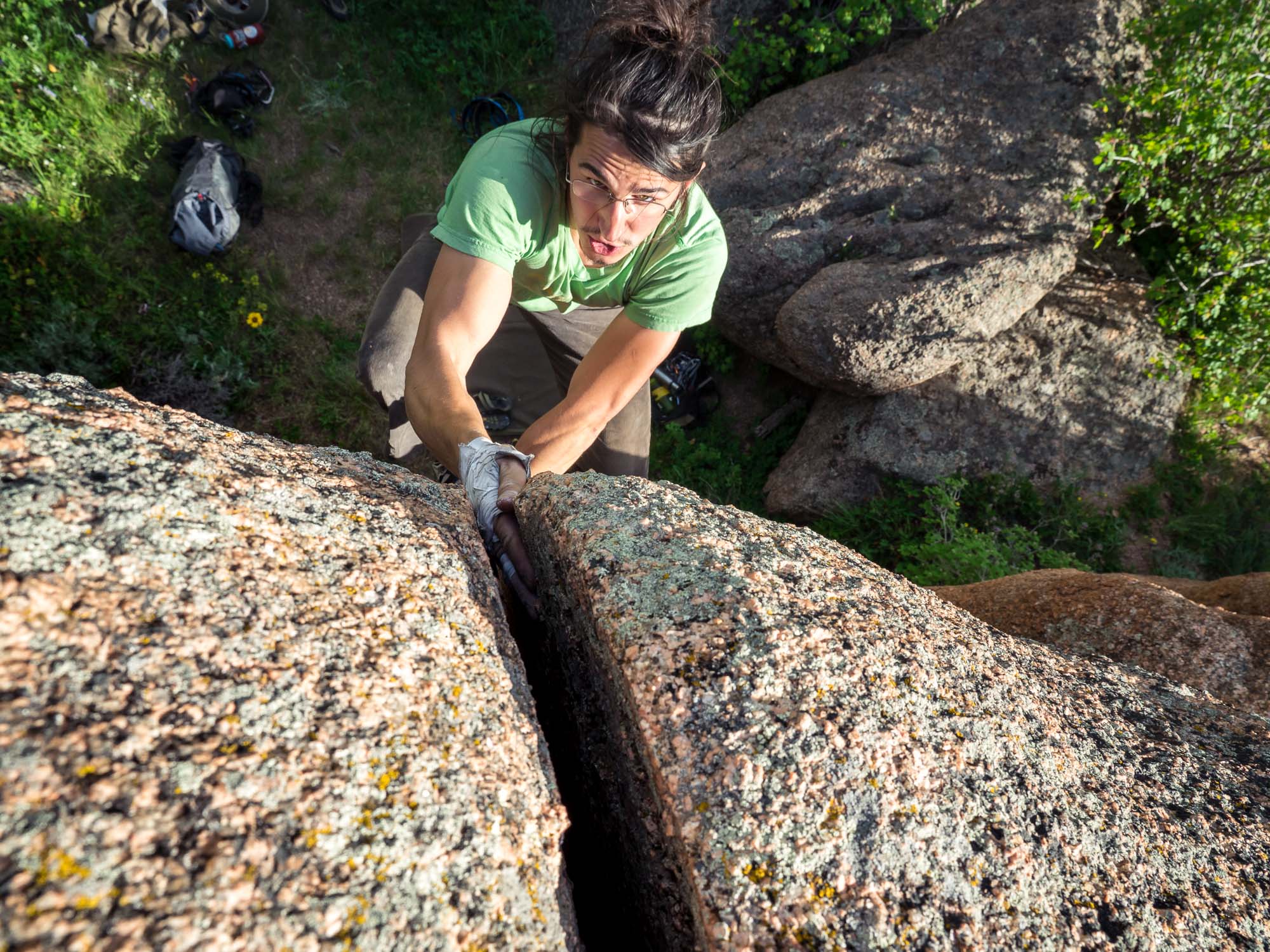 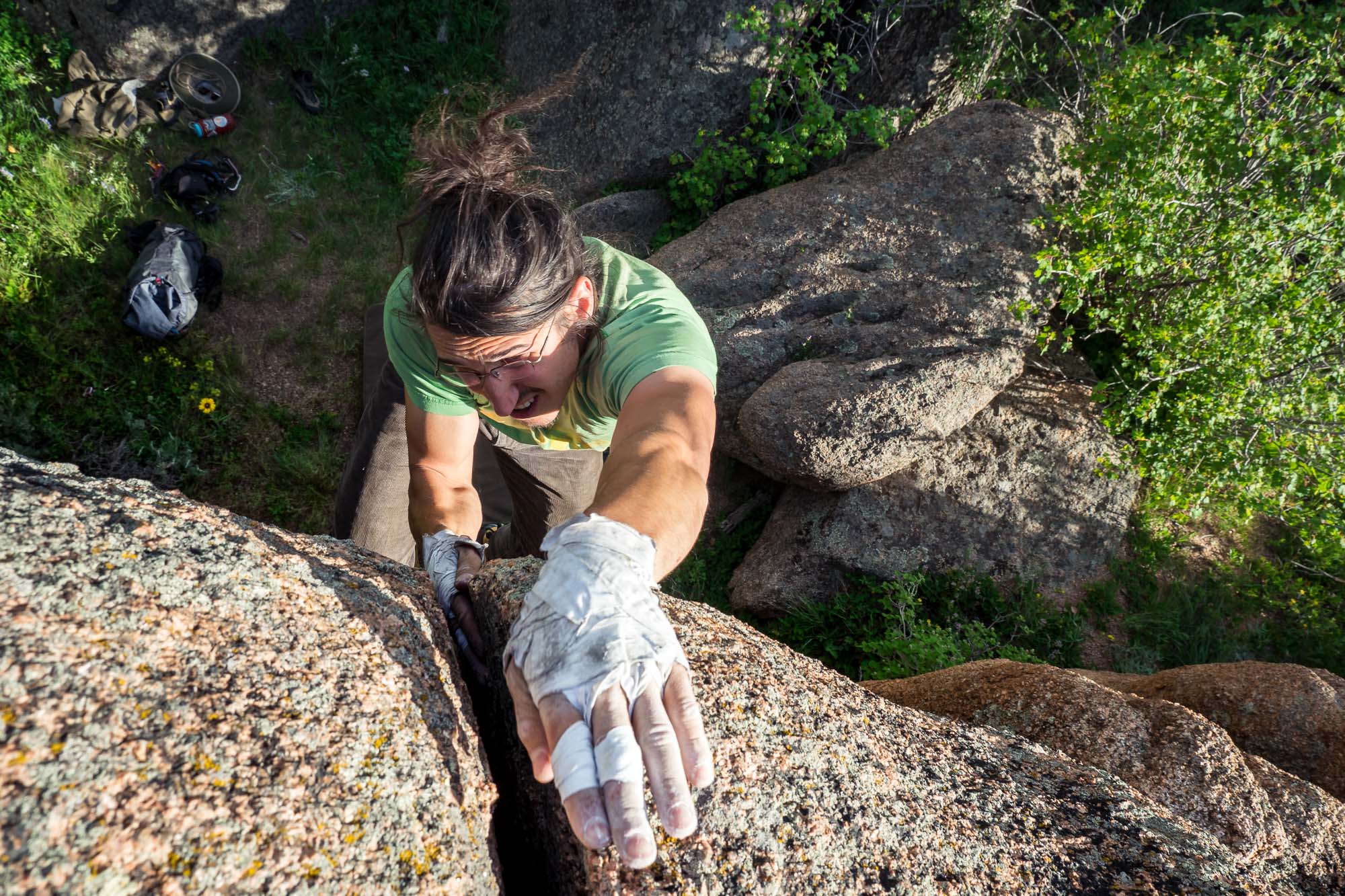 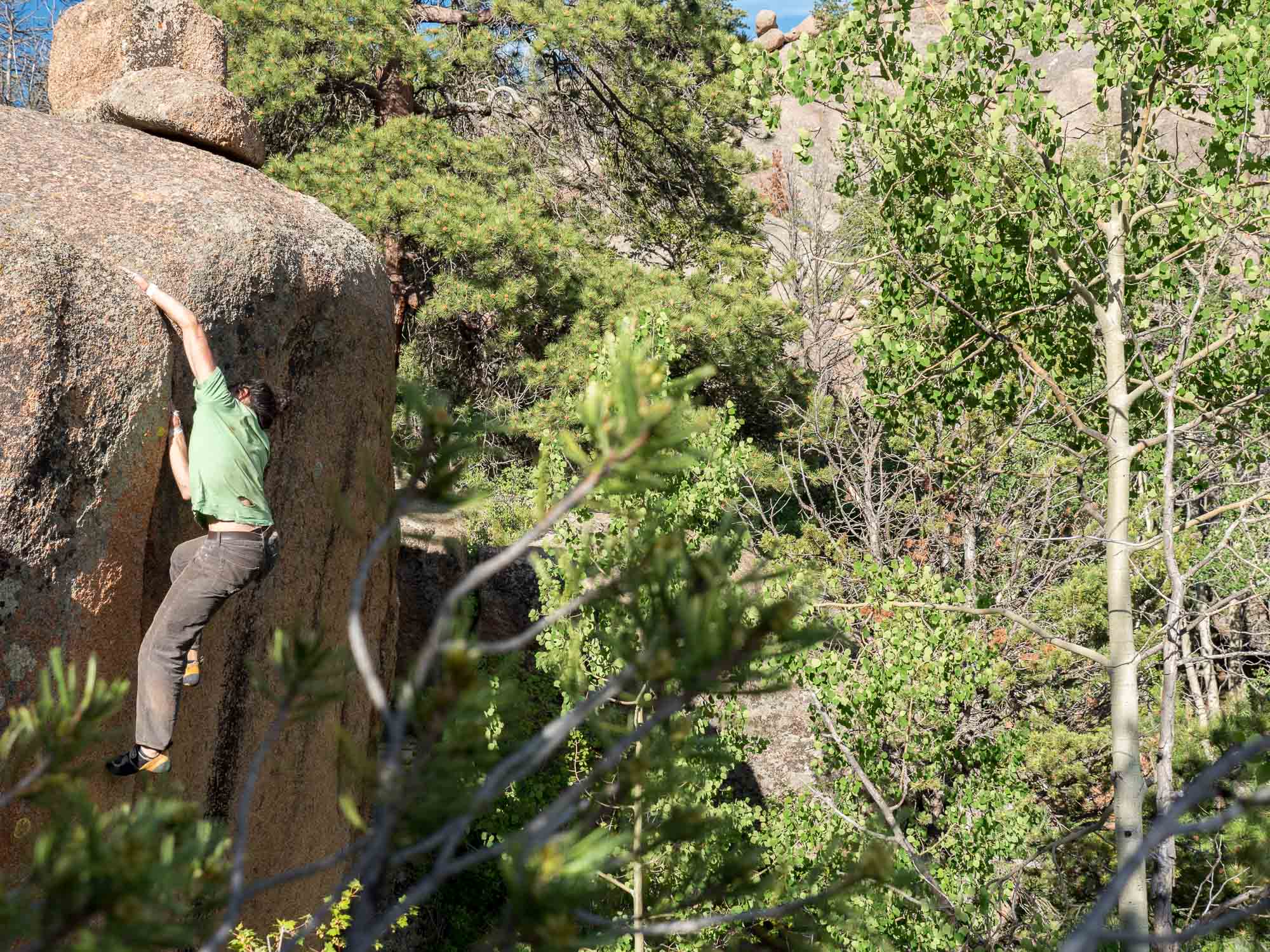 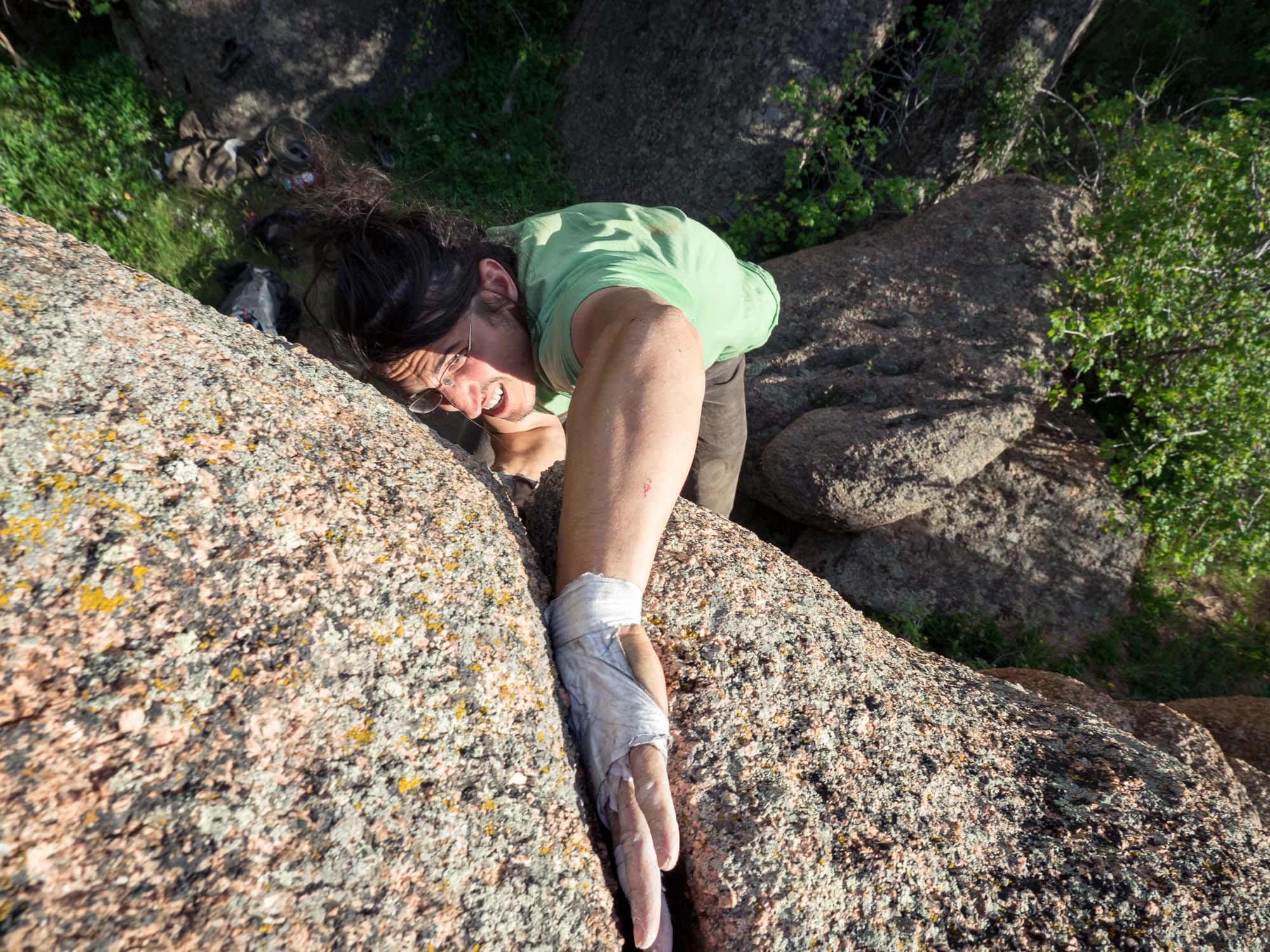 The only climb I could actually dream of sending any time soon sadly came so late in the day that I had no juice left for it. Beautiful finger locks, with a long, long move for a crux, followed by fun awkward handjams to exit on. Fingers repeatedly sweating out of the locks, I finally screamed to myself "Elbows down motherfucker!" and listened well enough to keep myself on the rock.

Of course, that was only after popping out of the crack and catching on my right middle finger three times in a row.

That day beat the shit out of me. It was glorious.

A gyps would say it was 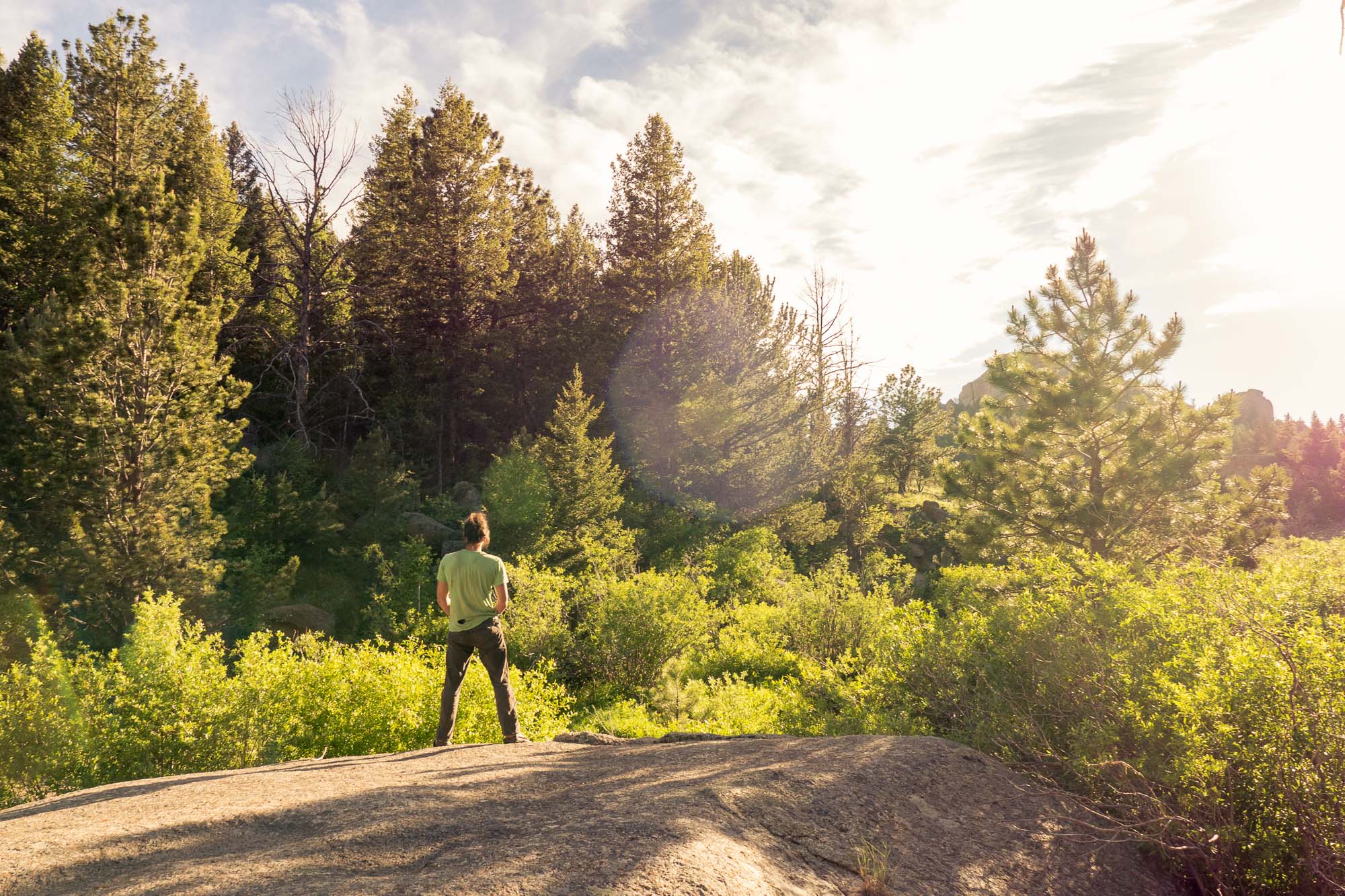 The whole hike out I switched between marveling at the light on the trees and in the sky, and at the atrocious number of mosquitos I could kill with a single swat to my arm, only to have immediate reinforcements fly in. 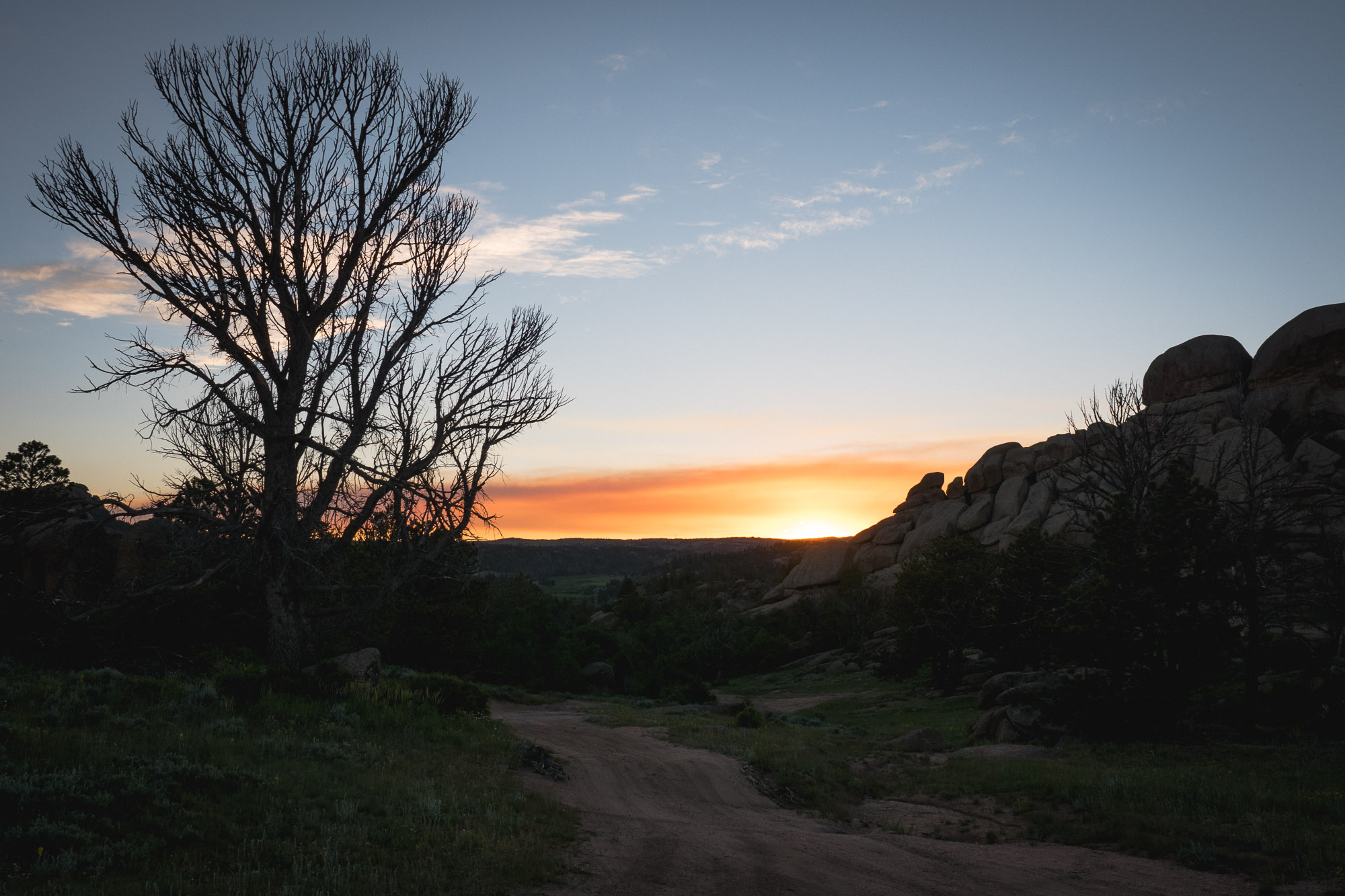 The purples and reds and blues in the sky were a mirror of the blood and bruises I would wake with the next day.

Thank you for taking me rock climbing. 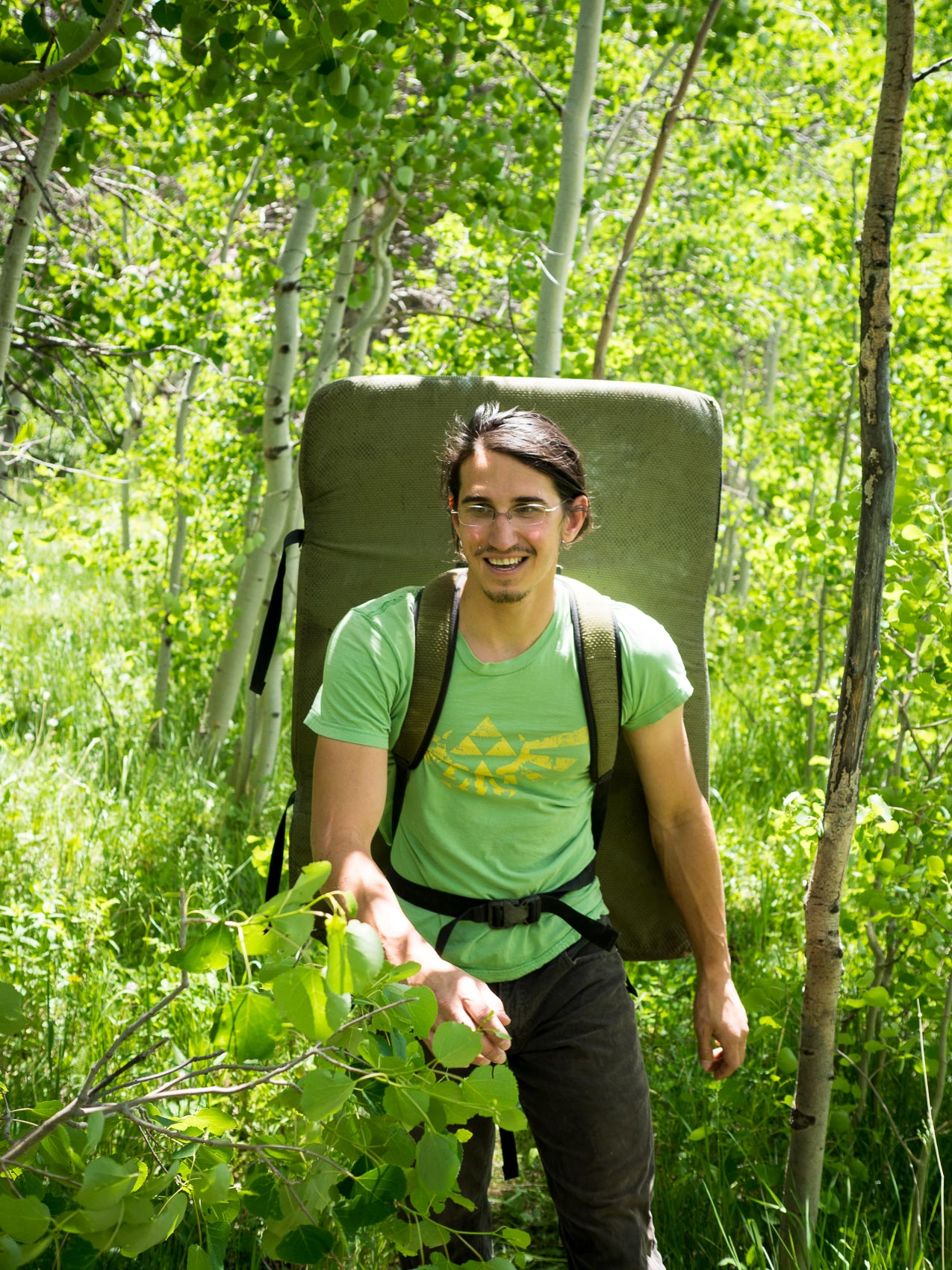 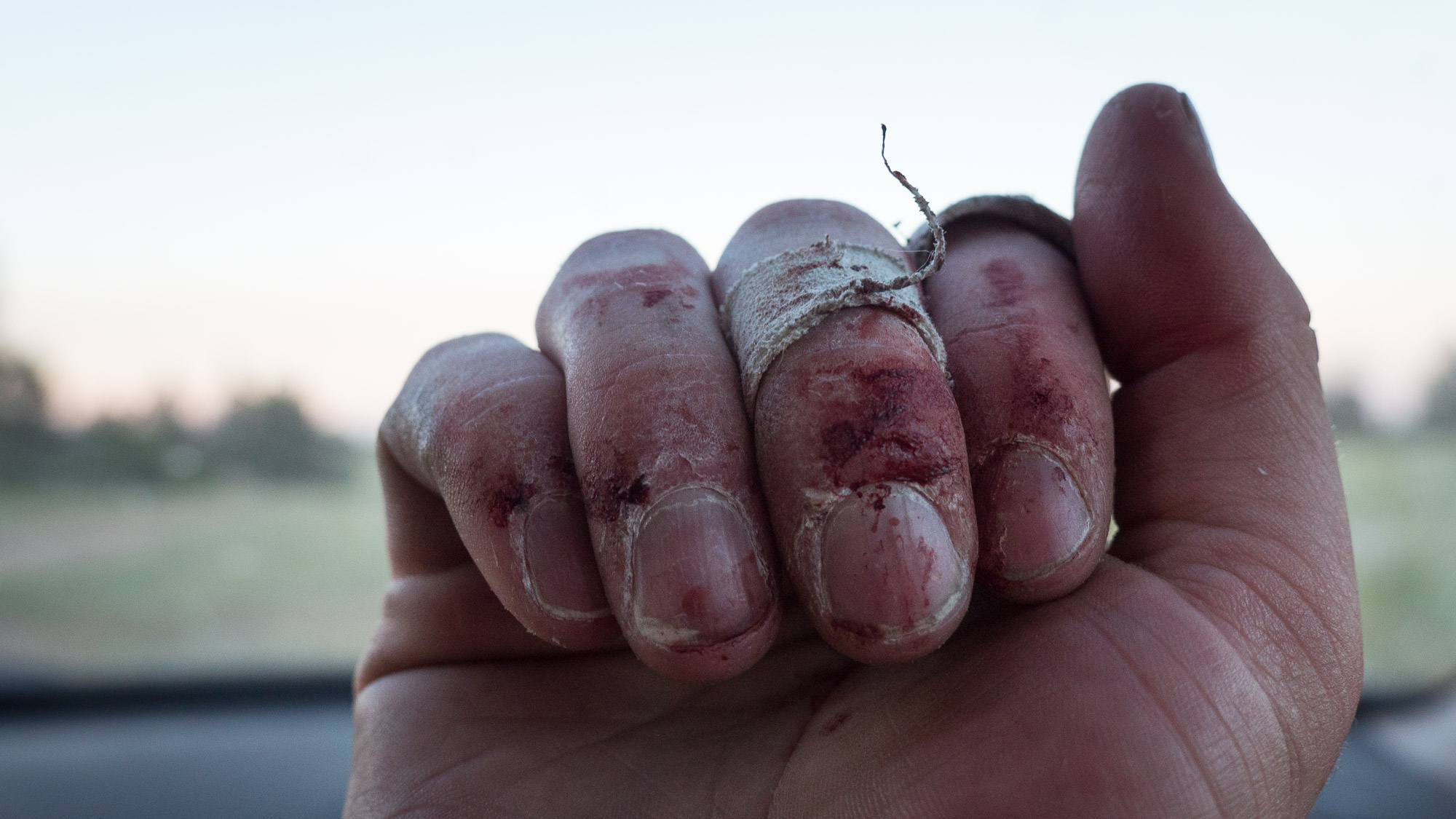