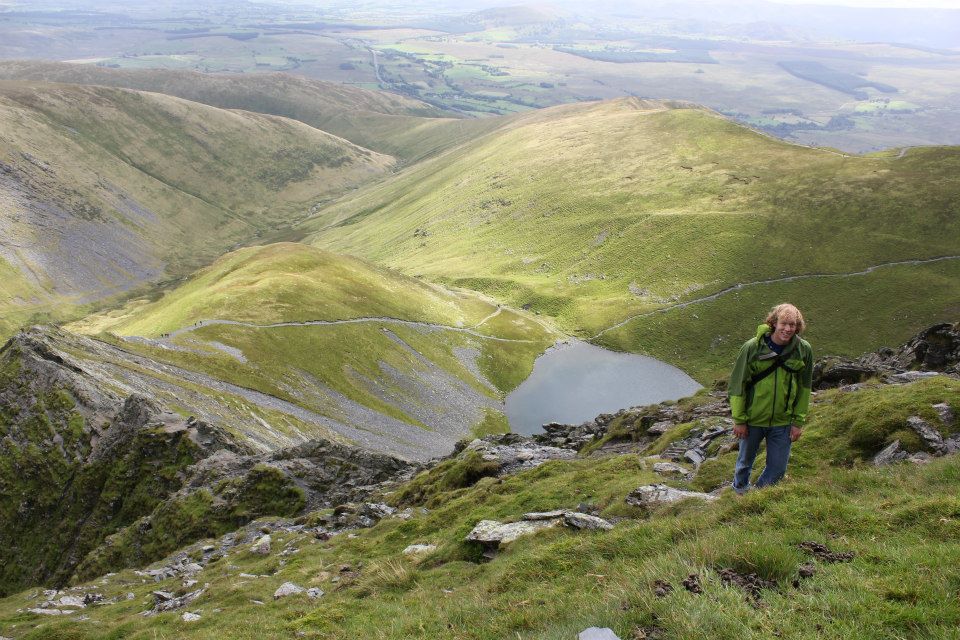 Sunday in The Peaks District

The skies stopped pouring water on our second day, and so after a stop at a pub and a chance to buy new rain coats, we went for a lovely little hike that ended up turning into quite the peak-bagging adventure.

That day, I was wearing jeans that I had rolled up Huck Finn style to let out the heat on the way up. I was rocking Chacos on the feet and using my Timbuk2 messenger bag as my hiking sack. As we passed old hardened Scottish alpinists, more than a few let out snide comments like "Just back from the beach?" or otherwise letting me know, I was clearly not cut out for this mountain business.

Still, I stuck behind the group far enough to catch these pictures, then caught up to them on the hewn stone staircase up the mountain.

At the top of the hike, we eye-balled the ridge and actual peak above the waters. I think Alyssa and I probably pushed a bit to get everyone to agree to have a go at getting to the top. Things turned out to be just a bit dicey for folks who had planned on an afternoon stroll.

The way got steep, and a slip would've been bad news. It never got past class four, but class four's pretty adventurous when you're in sandals on a wet, slippery mountainside.

See the speck of white on the right side of the photo above? That's a very adventurous goat enjoying the English alpine. You can see more about him with this old post

Once we hit the steeper bits, we turned to Alyssa to work her guiding magic and hold our hands through the scary parts.

It was around here that we ran into a couple that had decided to bail from the climb. Watching them crab-walk off the cliff was far more terrifying than going up. It got to the point that I just had to turn away and focus on us.

Anyhoo, we eventually hit our target at the top!

[Check out panoramic shots from this trip]

On the tail end of going down, we took a short cut off trail and through a little field that turned out to consist almost entirely of dirt and water, usually referred to as "mud". After that, I had run out of dry clothes, and so went into our next pub wearing my Thai pants / pajamas. I'm sure no one suspected me of being a tourist.

After our beers and dinner, Rosie took a bite of an onion. So. Yeah.