This was the first part of Desert Season I was flying solo on, but it didn't really feel that way, as everywhere I was going I had friends to find. Megan, Matt and Allie in Flagstaff, and Gary, Erika, and Darren in Vegas.

Is good to know people, no?

I woke from a cold night's sleep outside of Flagstaff, Arizona in what's known as the "Hobo Jungle". 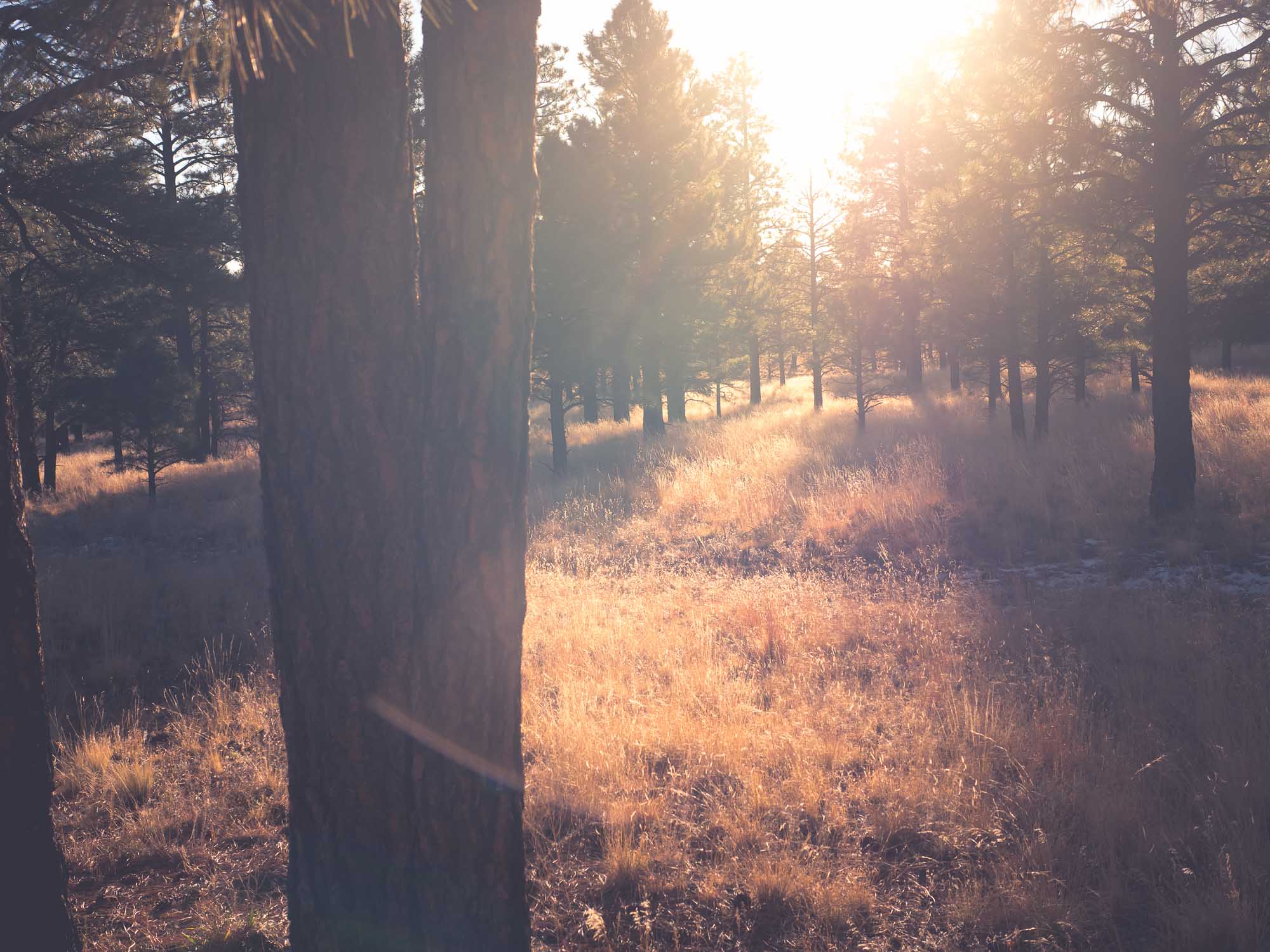 I visited each of my three friends in town - Allie, Steele, and Megan - and passed a much warmer night on Megan's couch. Looking at the forecast of continued cold and drooling over the nice temps in Vegas, I decided to bail to sunny Red Rocks and come back to Flag when the weather was on my side.

I corresponded with Erika, who I'd just met a few months earlier in Ten Sleep, by email and had a climb lined up before I even got into town.

Early in the morning we were the first pair on Birdland, a 5.7 multipitch that is apparently an eminent classic. This is a fact I discovered as we came back down and rappelled through at least five parties. 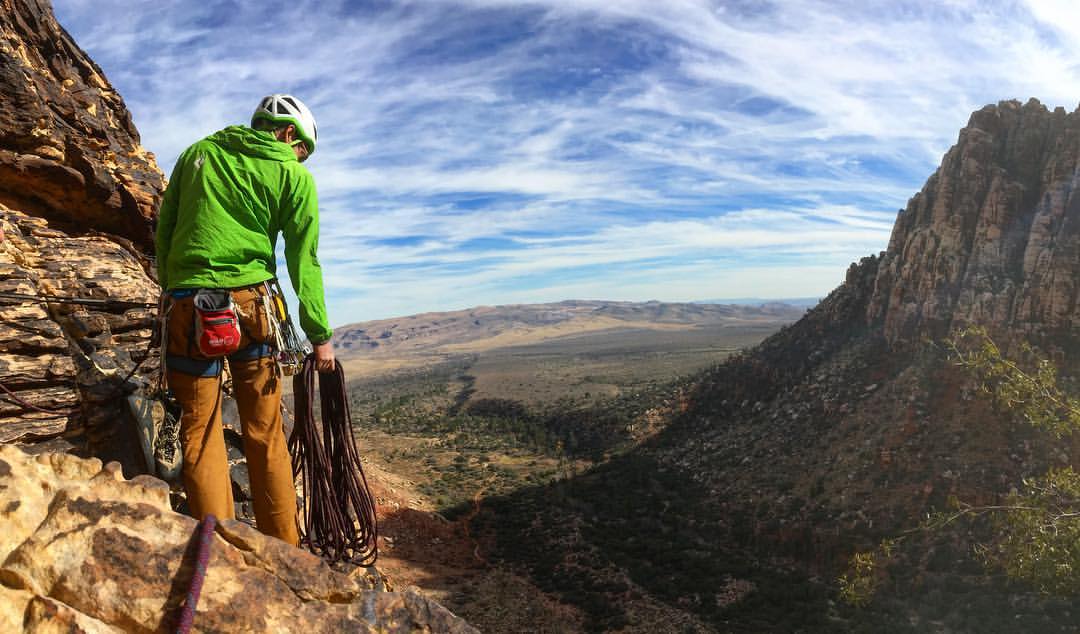 Back at the lot, I said bye to Erika as she called Vegas quits, then took a nap in Ahab, right there in the lot.

After that, I was staying back at my old friend Gary's place. Well, in Gary's parking lot anyways. It was the first time in a few years it was just he and I hanging at his place and we took advantage of it. 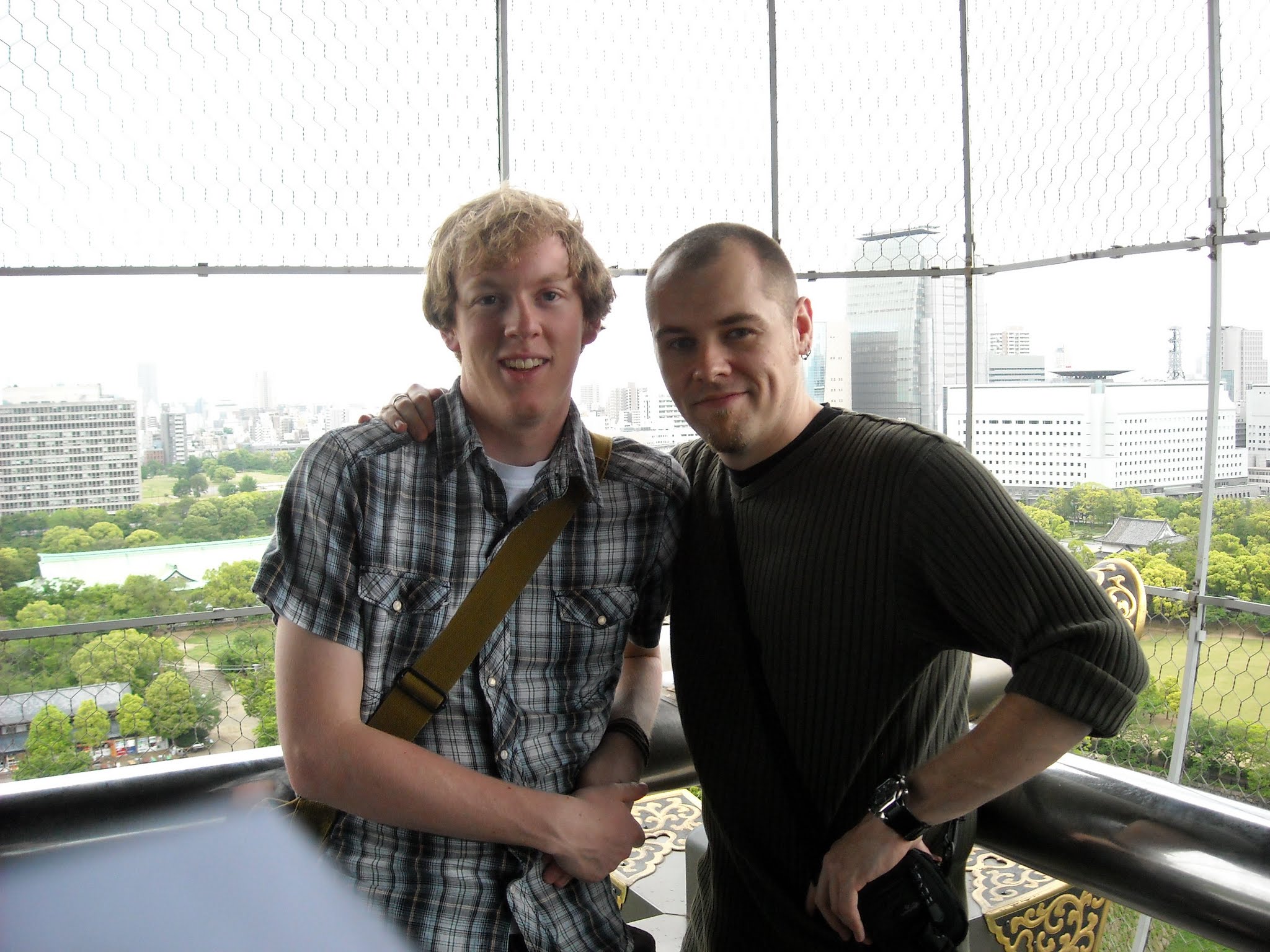 A photo from more than a "few" years ago.

Our date itinerary was quite packed. One night, we cooked a fancy Japanese meal together at his place. 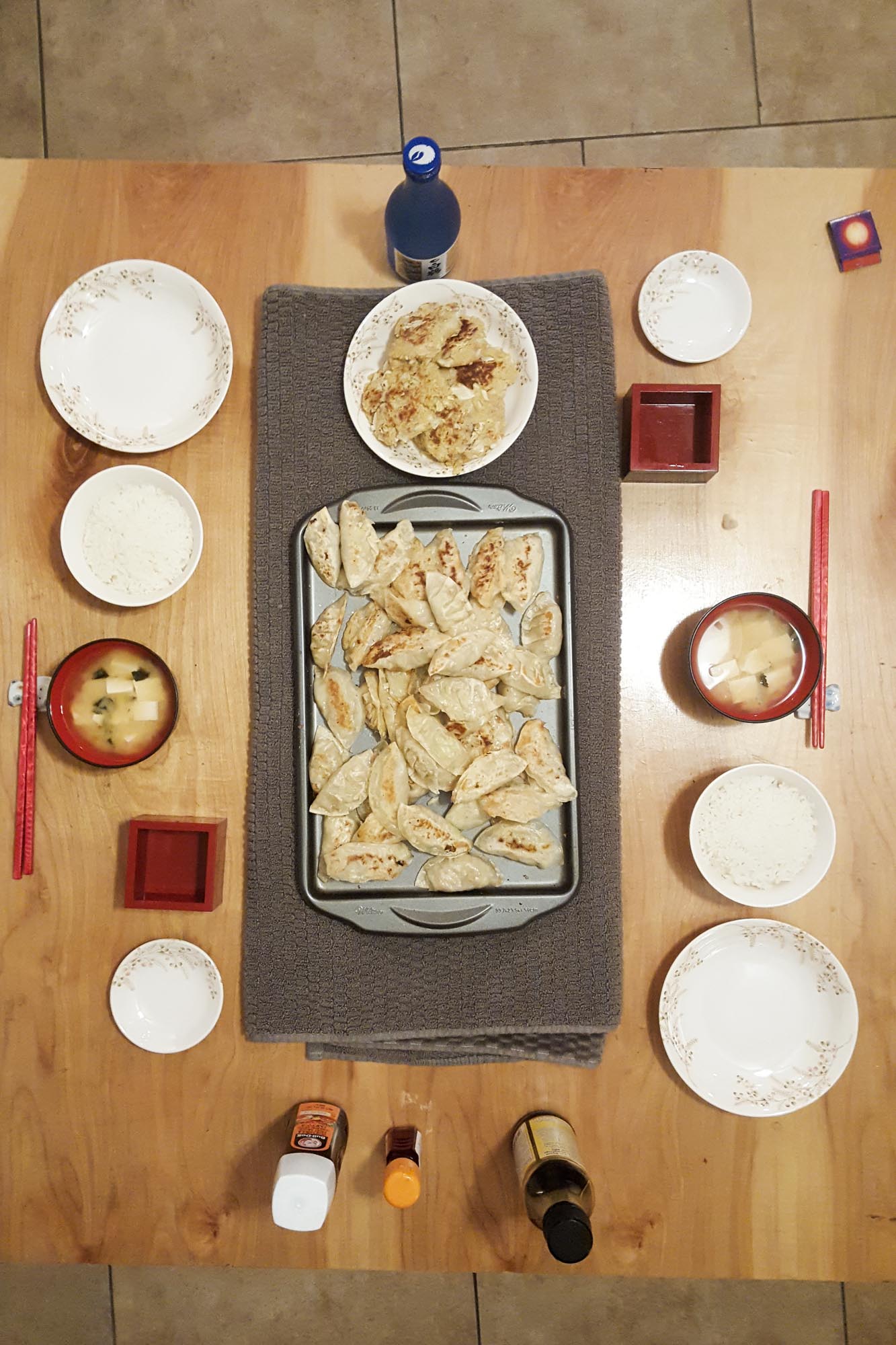 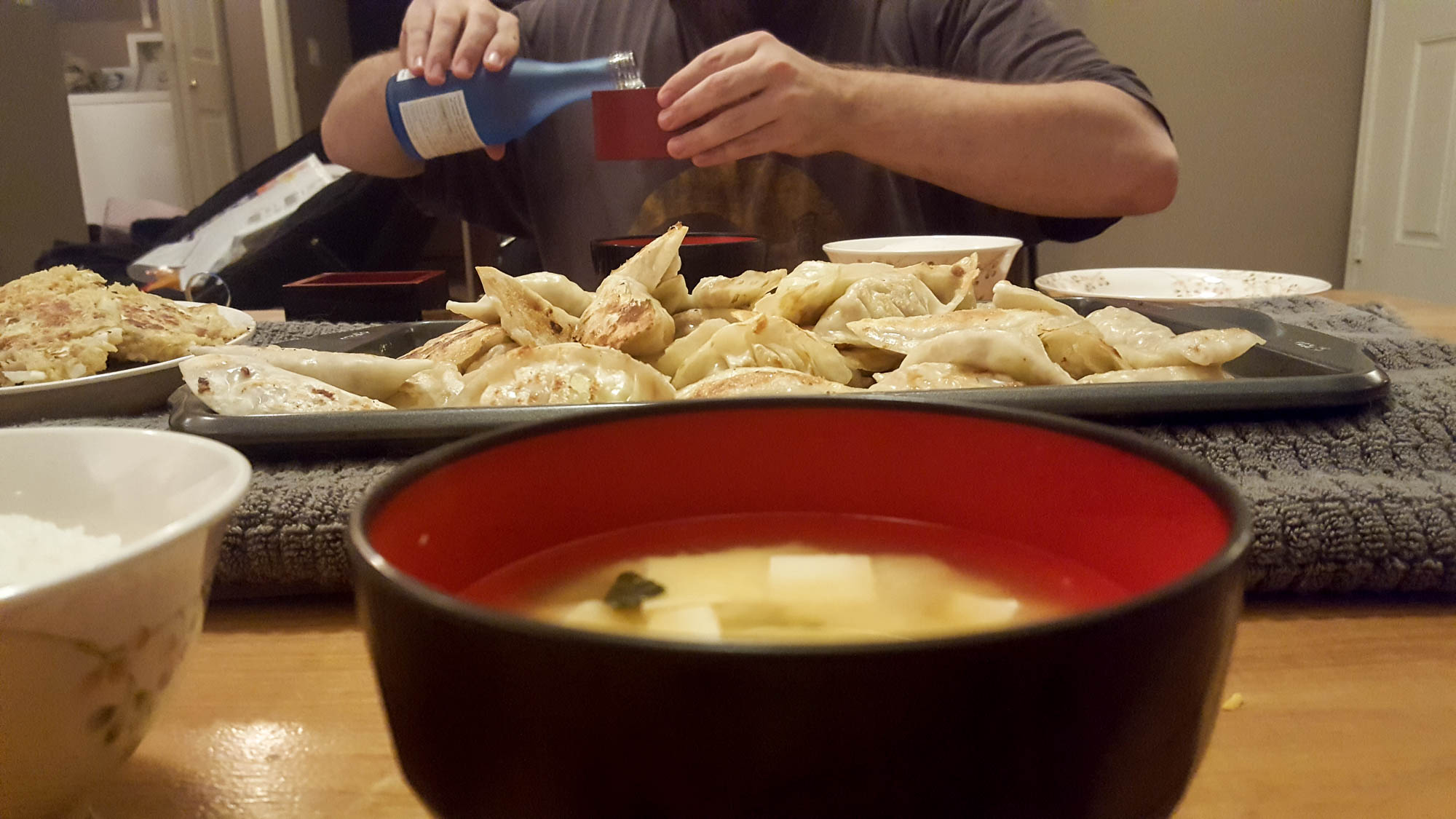 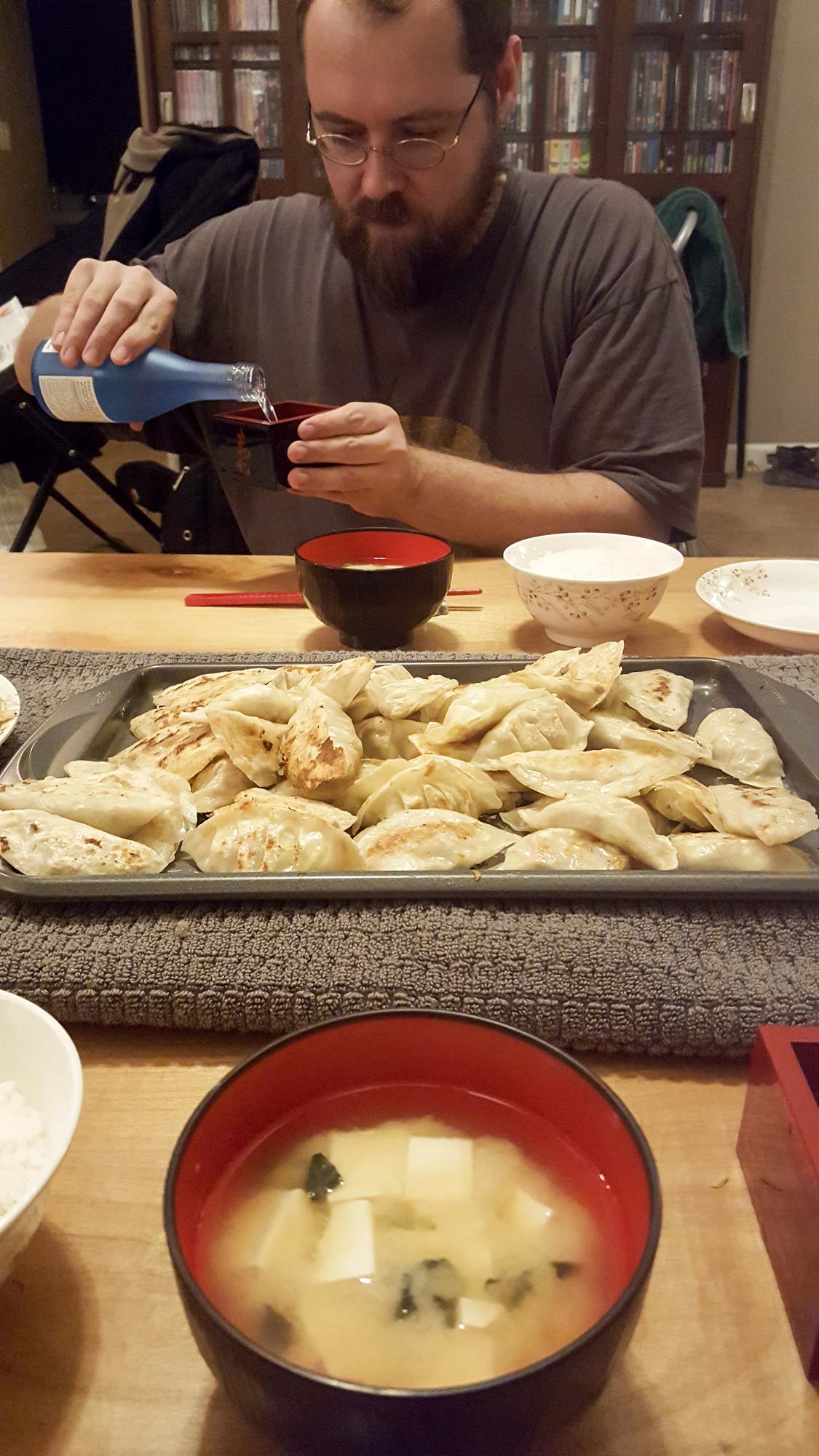 Another evening we went to Red Rocks and did a short hike around Sandstone Quarry as the sun set. 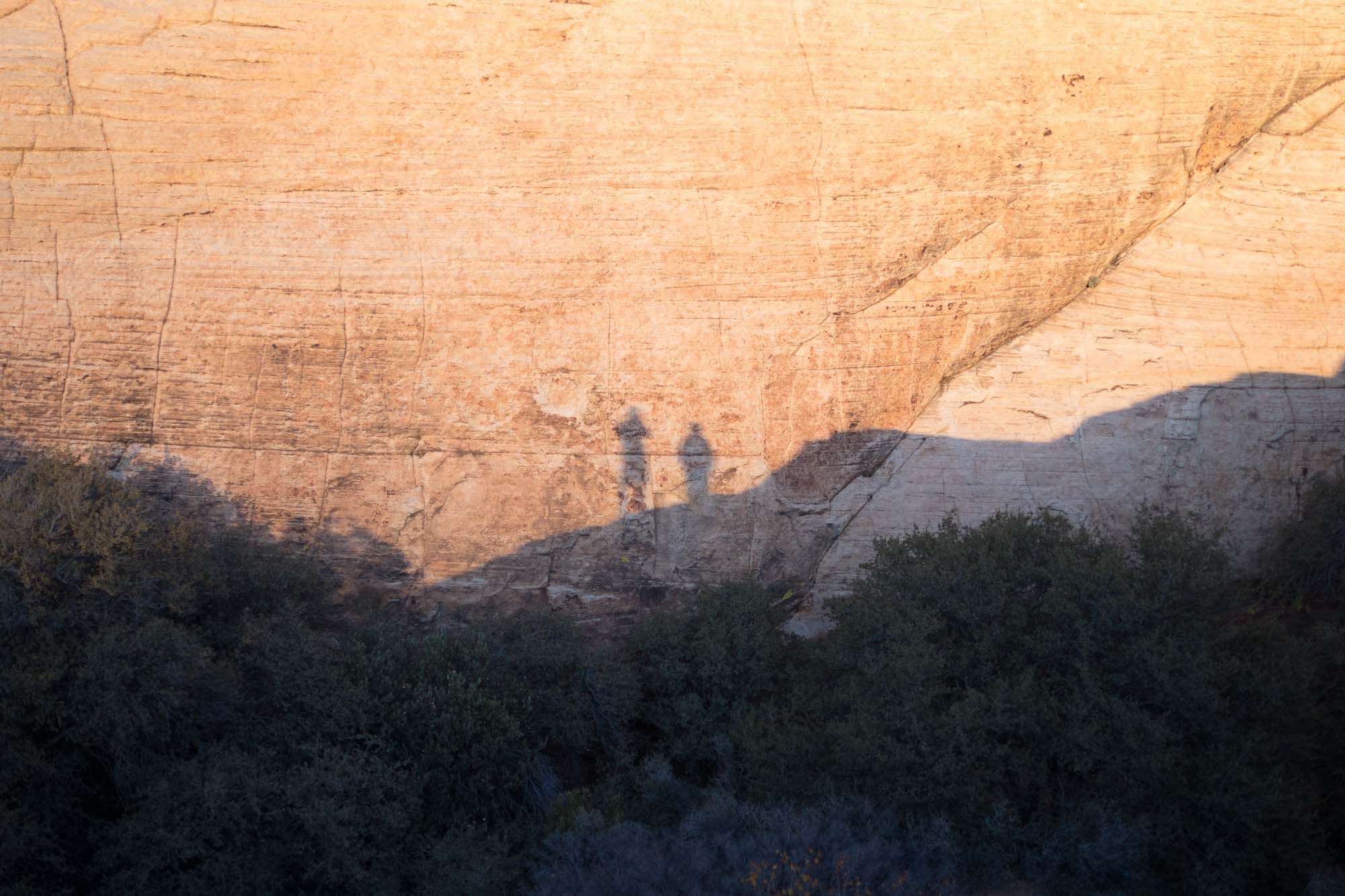 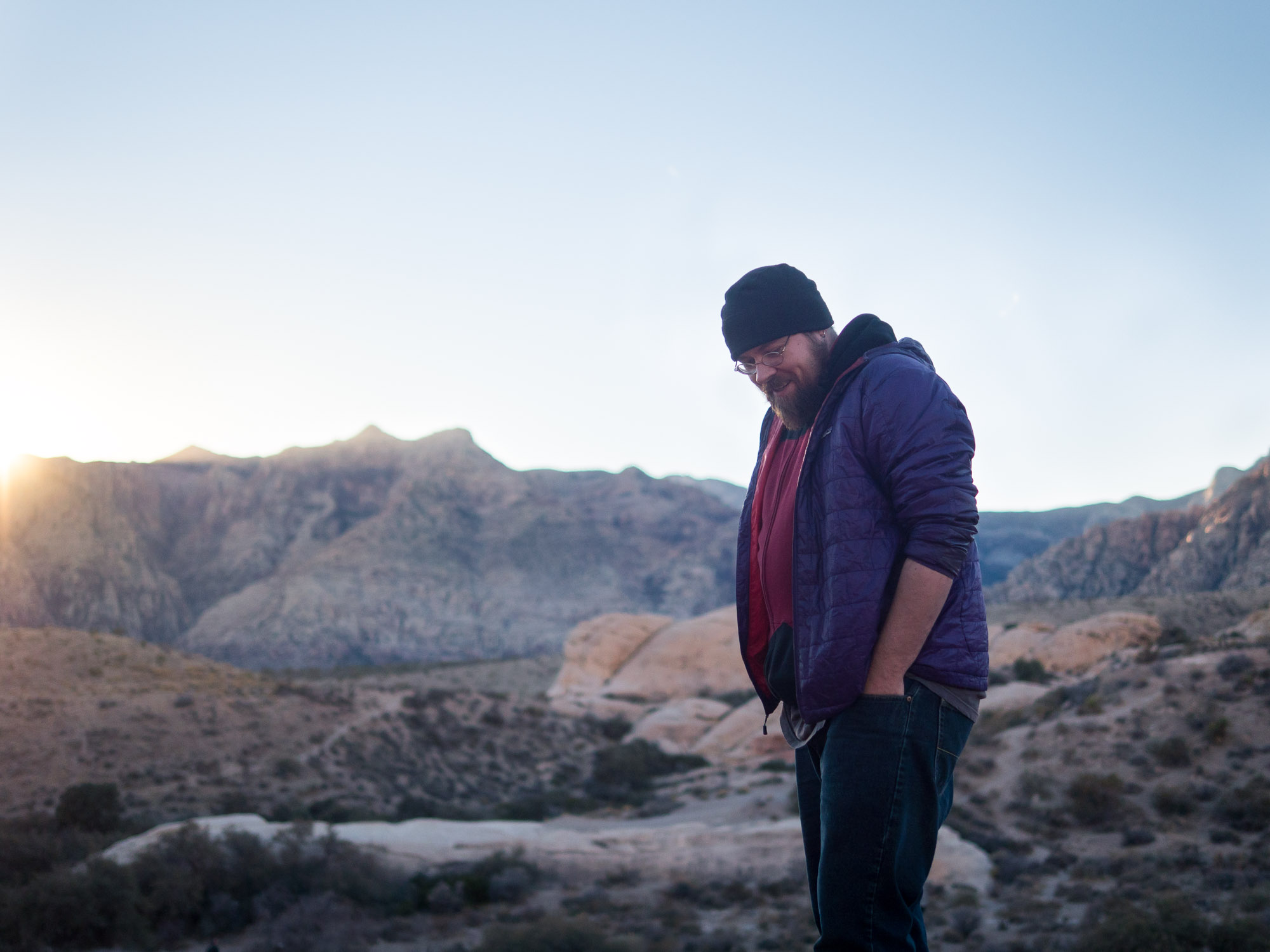 Somewhere along the way we took a selfie together. I made an Instagram story of it a subtitled it Ge-chan to. We had a good laugh when I pointed out that the text under our mugs could be parsed to either "Hanging with Gary" or "Definitely gay." Both seemed appropriate.

Sunny and Steep (I am weak)

I climbed two more days in Red Rock with Darren. One day was passed at Sunny and Steep, where I discovered that I have the arms of a small and weak man. In other words, my rematch with Bullets went very poorly. 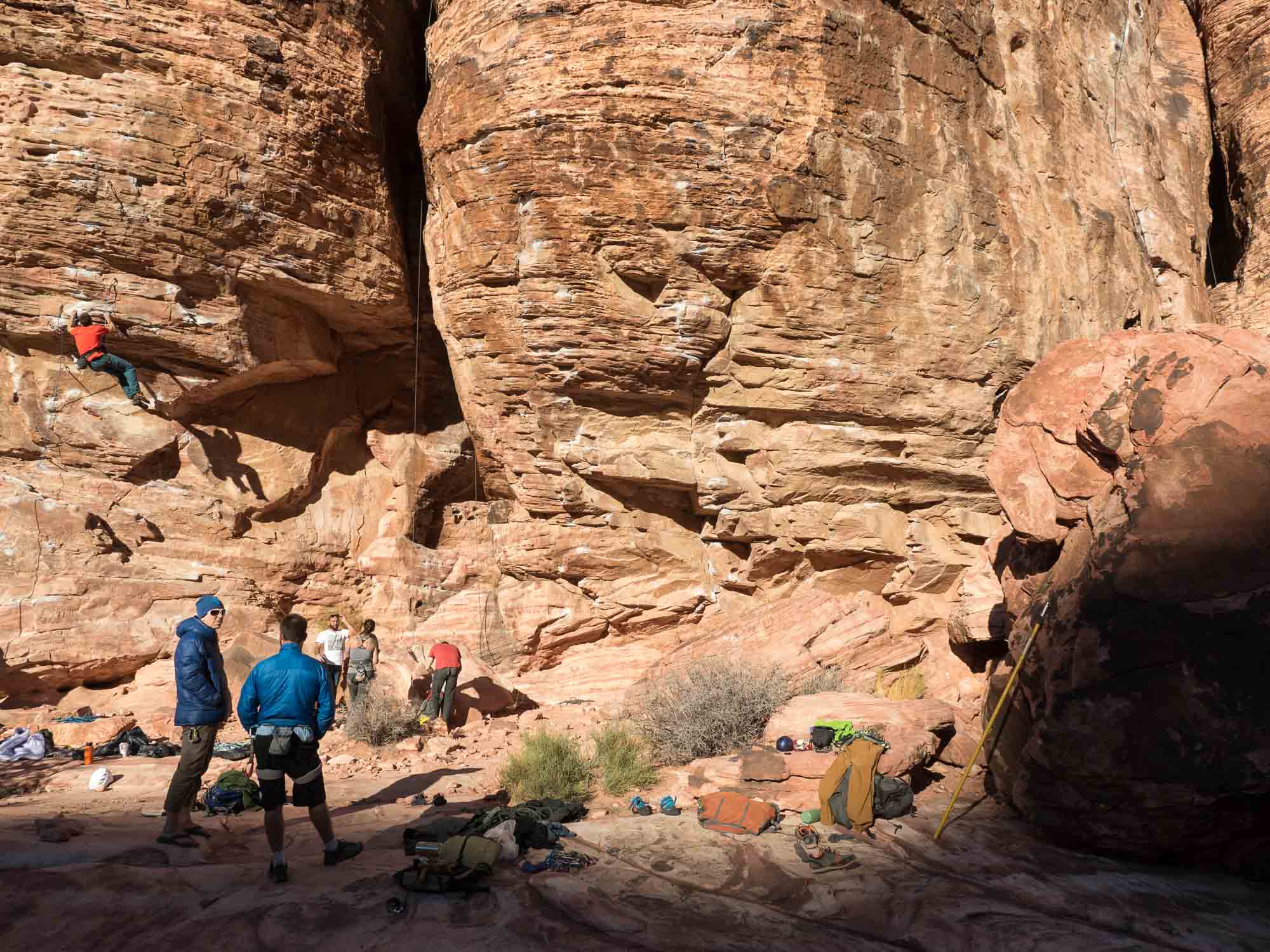 Seeing how sad I was from trying hard and yet still being terrible at life, Darren admonished me 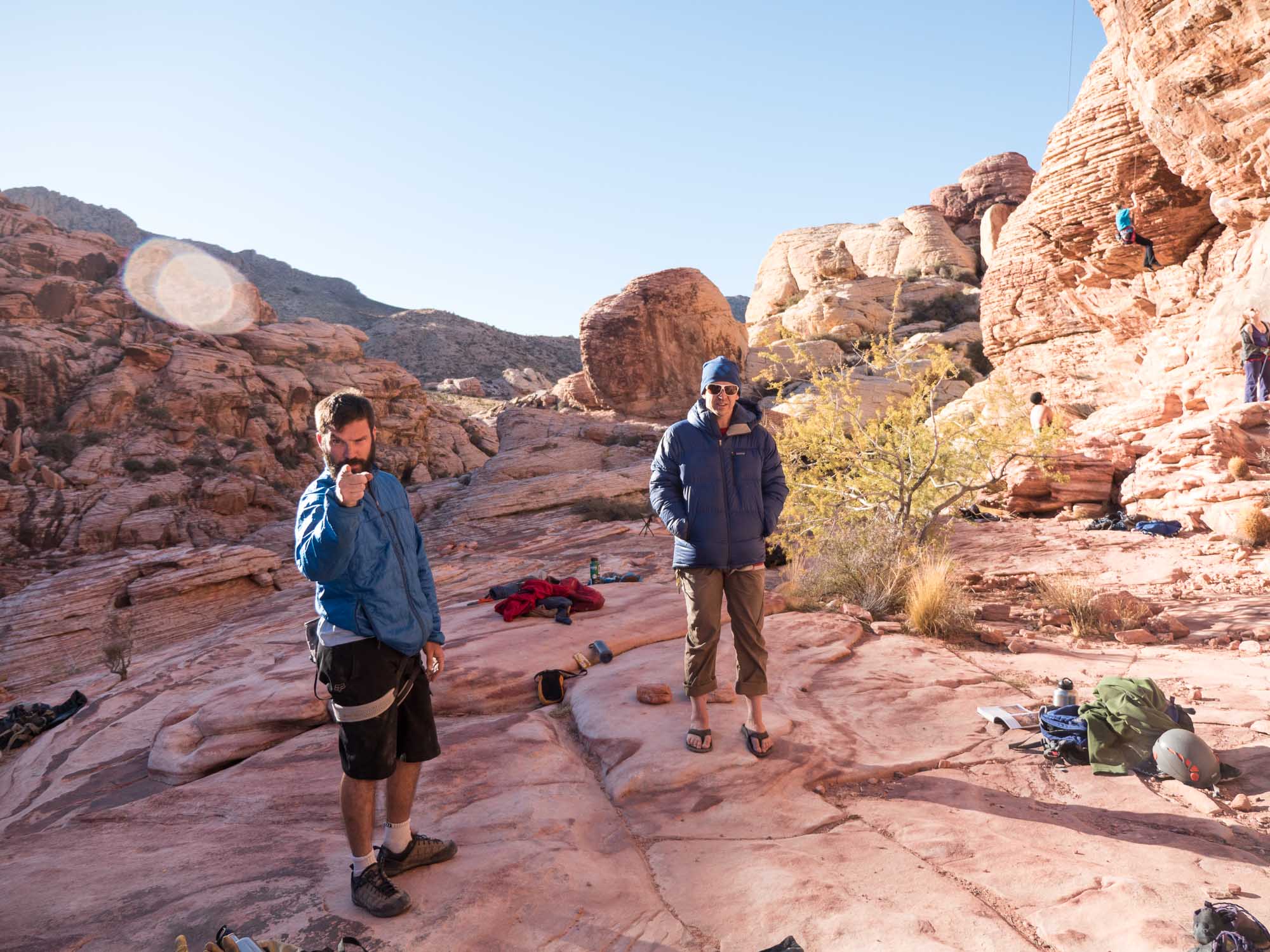 You will climb long easy trad, and you will like it.

Also, it will be simulclimbing. 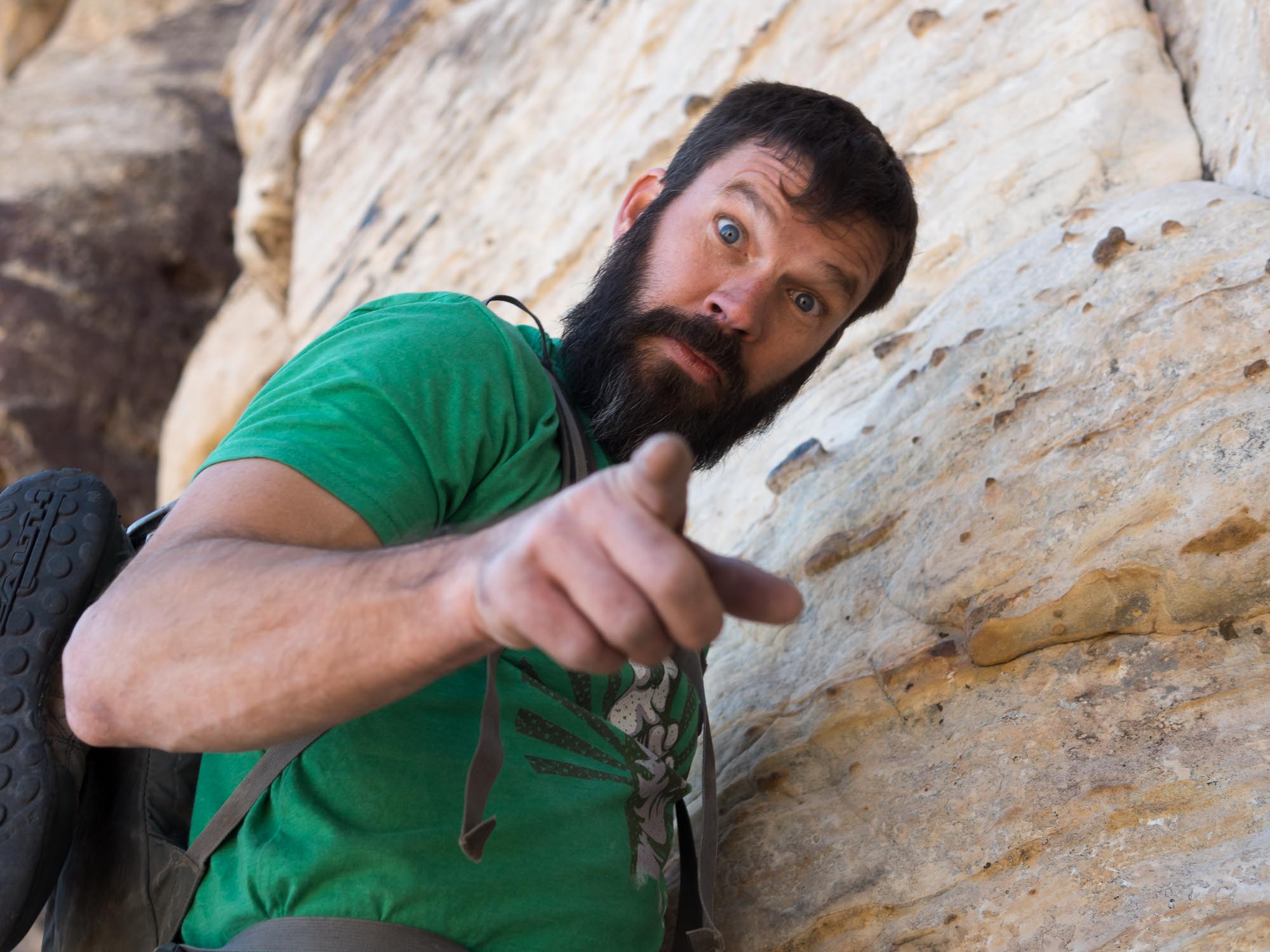