I invited myself and my camera along on a trip to Boulder with some of the new crew. It was a chance to get to know these characters better - and characters they are, have no doubt - as well as be outside enjoying my favorite thing vicariously.

Shane, Slim, and Bart - the three gypses - made war upon the canyon.

The whole trip began from Bart's memories of an overhanging finger-crack in a gully on East Blob Rock. He had tried it before he learned the secret way of the gypses, and desired much his atonement and its subjugation.

Slim, however, got first go.

And casually onsighted Bart's nascent proj, in the way of a Slim. 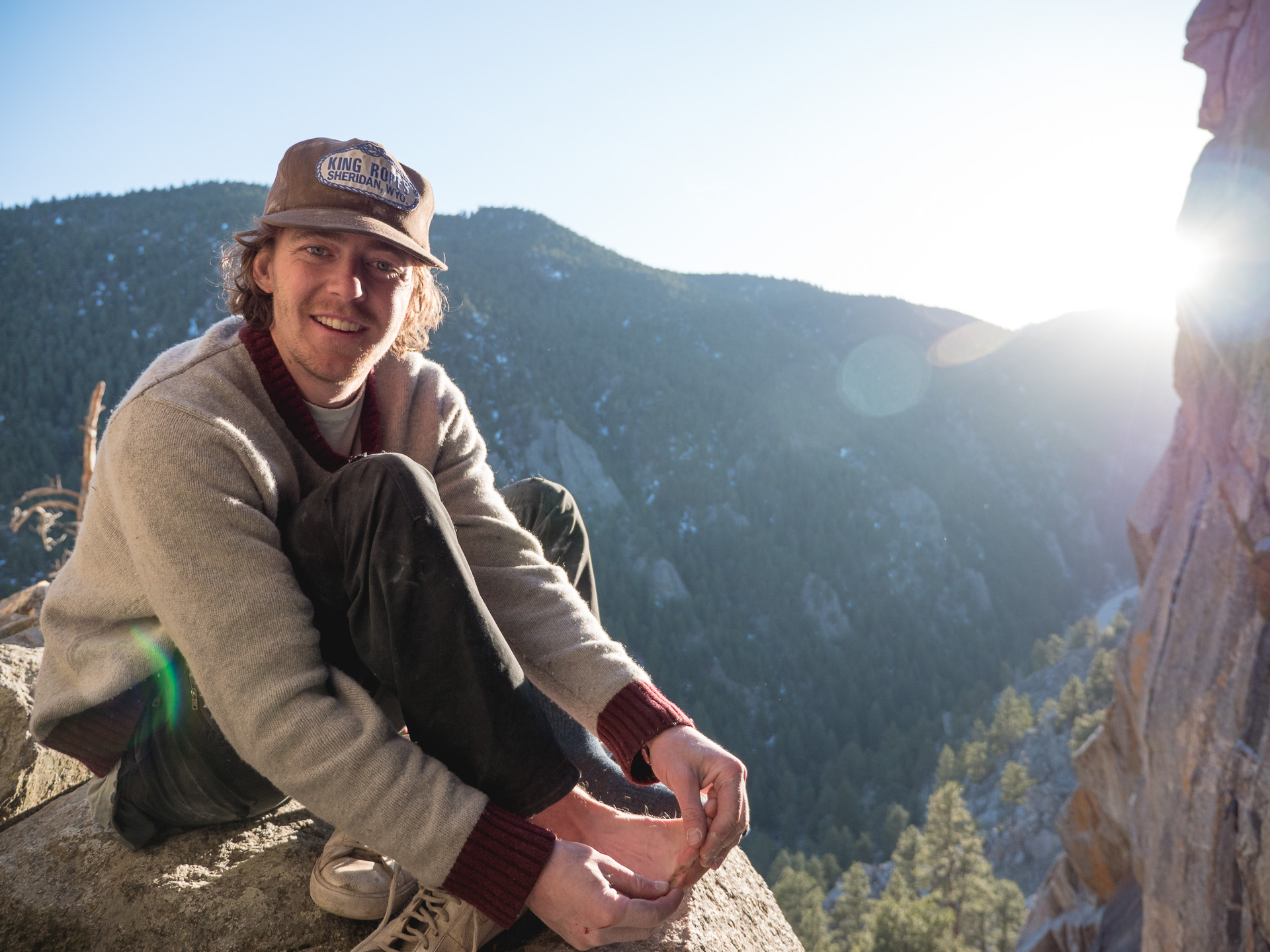 "Take a photo of my toe hole" - Sender Slim.

Shane too onsighted Bart's proj, although there may have been a moment of fear in his chest and vibrations in his arms. 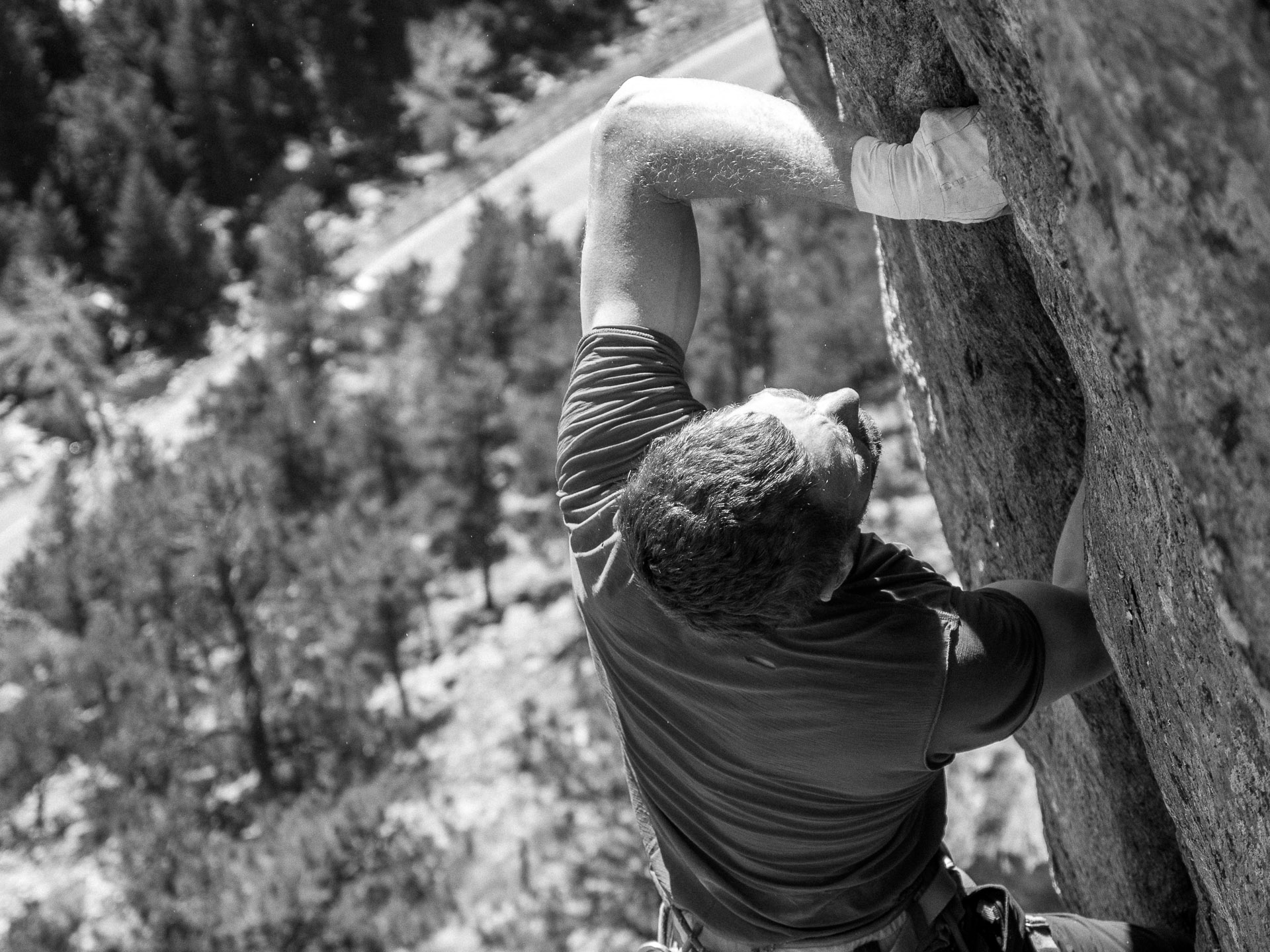 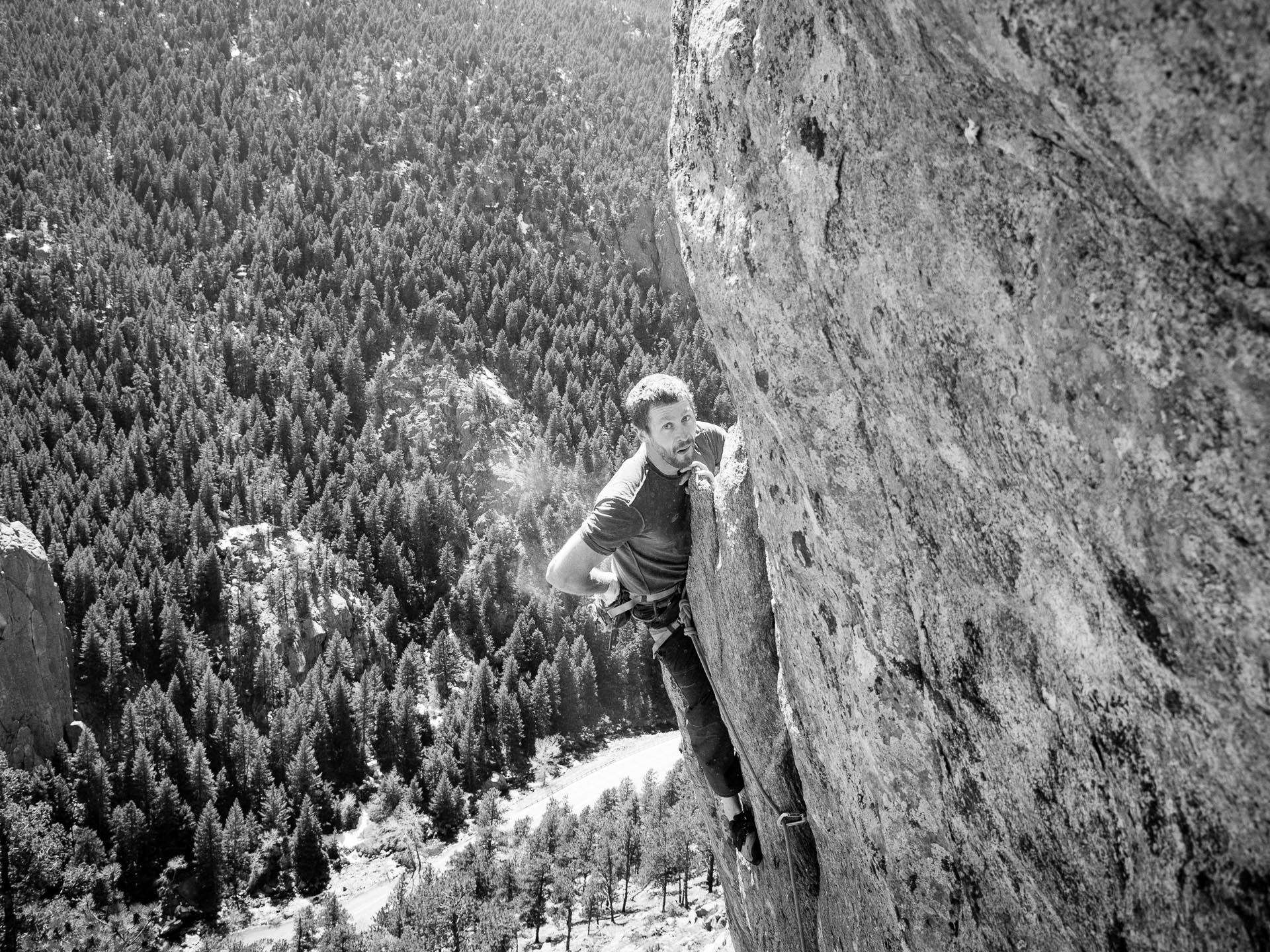 Shane climbs not to reach the top, but to reach beyond this intelligible realm into the place of platonic forms and perfection.

For Shane, a send with shaky knees is hardly a climb at all. He rested and came at it again. This second time he simply breathed, moved, and was at the top. 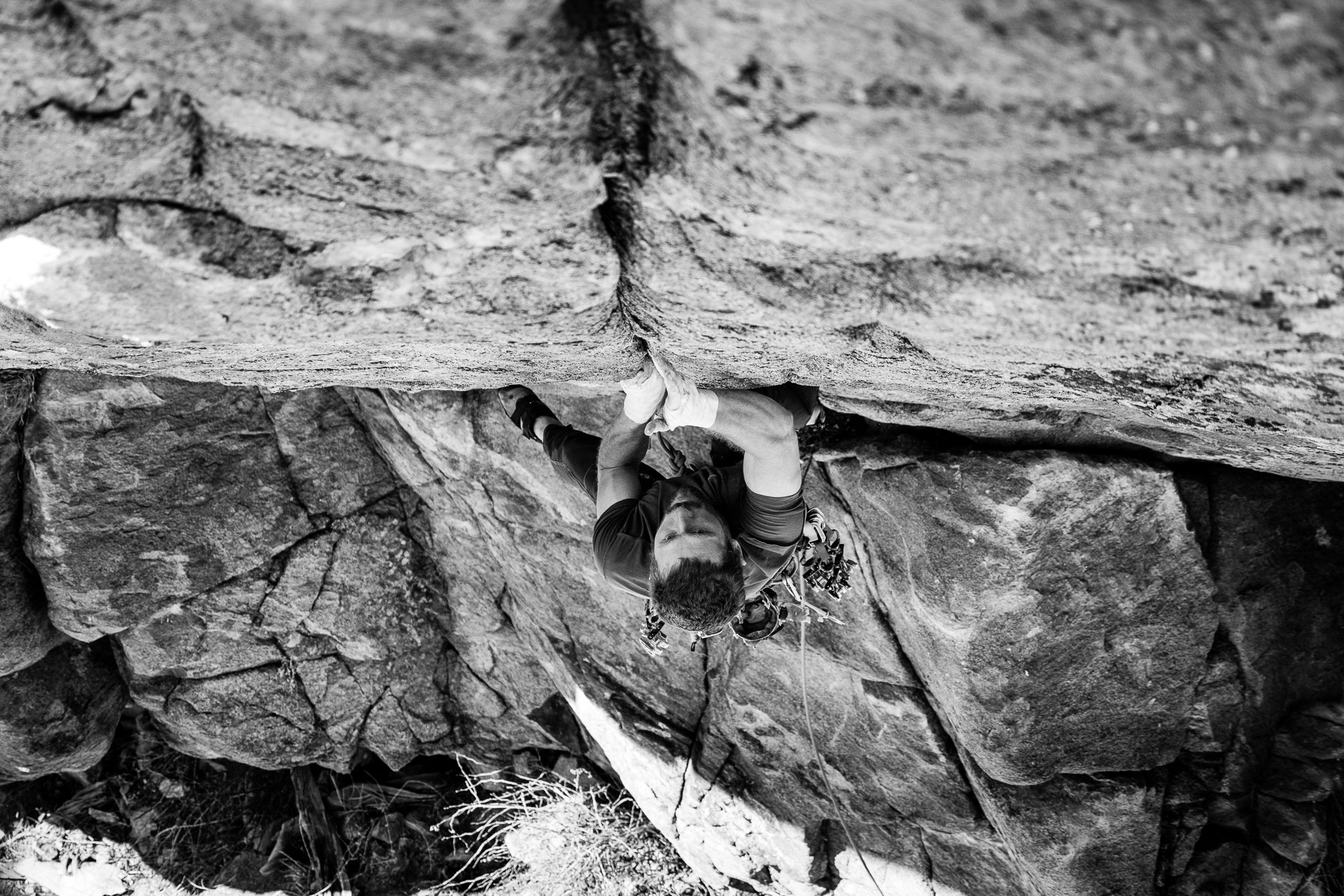 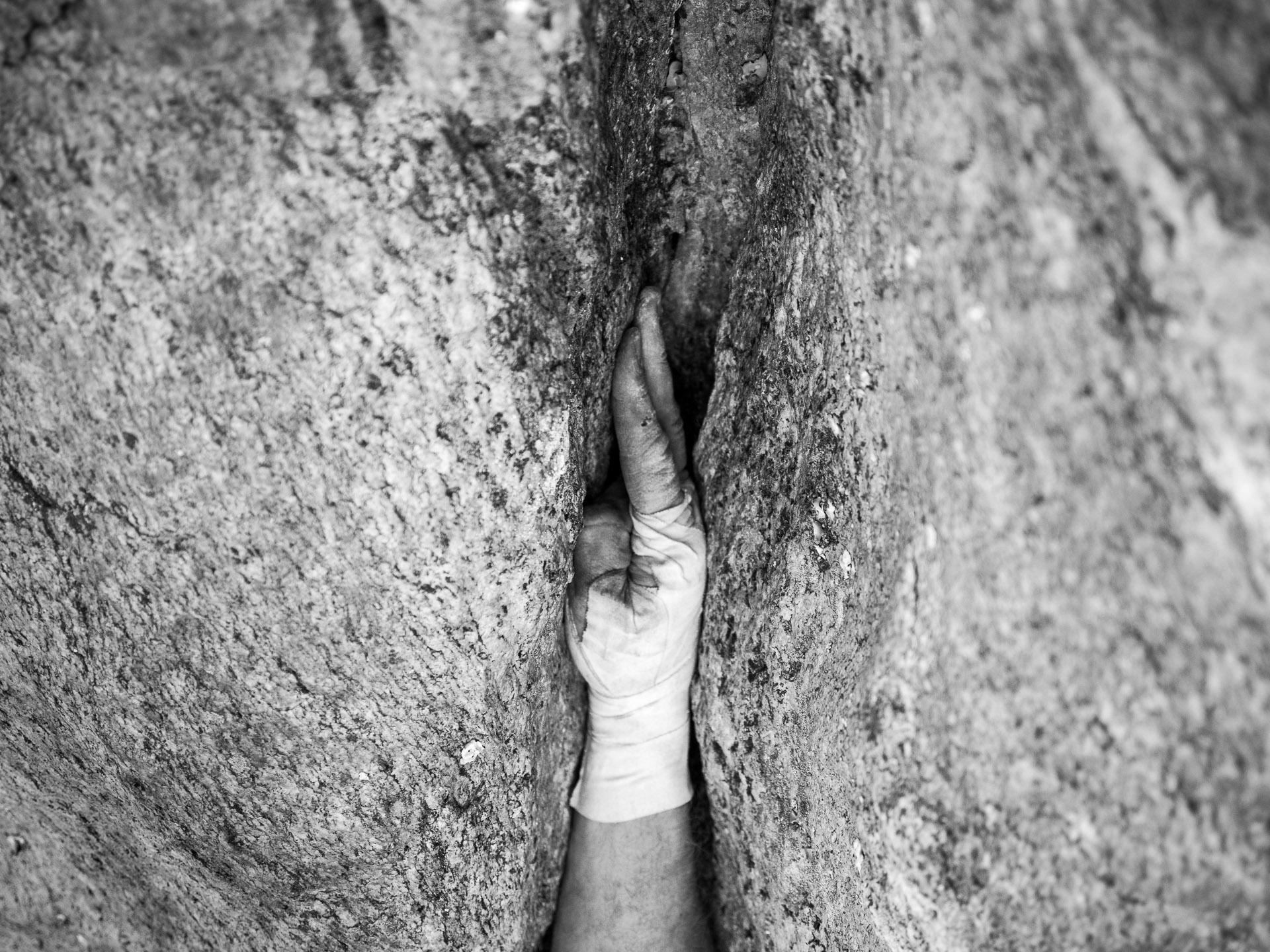 Was it climbing? Had he transcended? Am I embellishing with far too much hyperbole all at the prodding of this sweet, cool wine from the vineyards near my Grandmother's family's homelands as I sit in the house of my father, leeching his prosperity so as to further prolong ever having to be productive myself and thereby creating a stasis of self-loathing I futilely fend off with the creation of meaningless blog posts cataloguing adventures I myself had no part in beyond wistfully watching and desiring and remembering what was and thinking only of what could be? 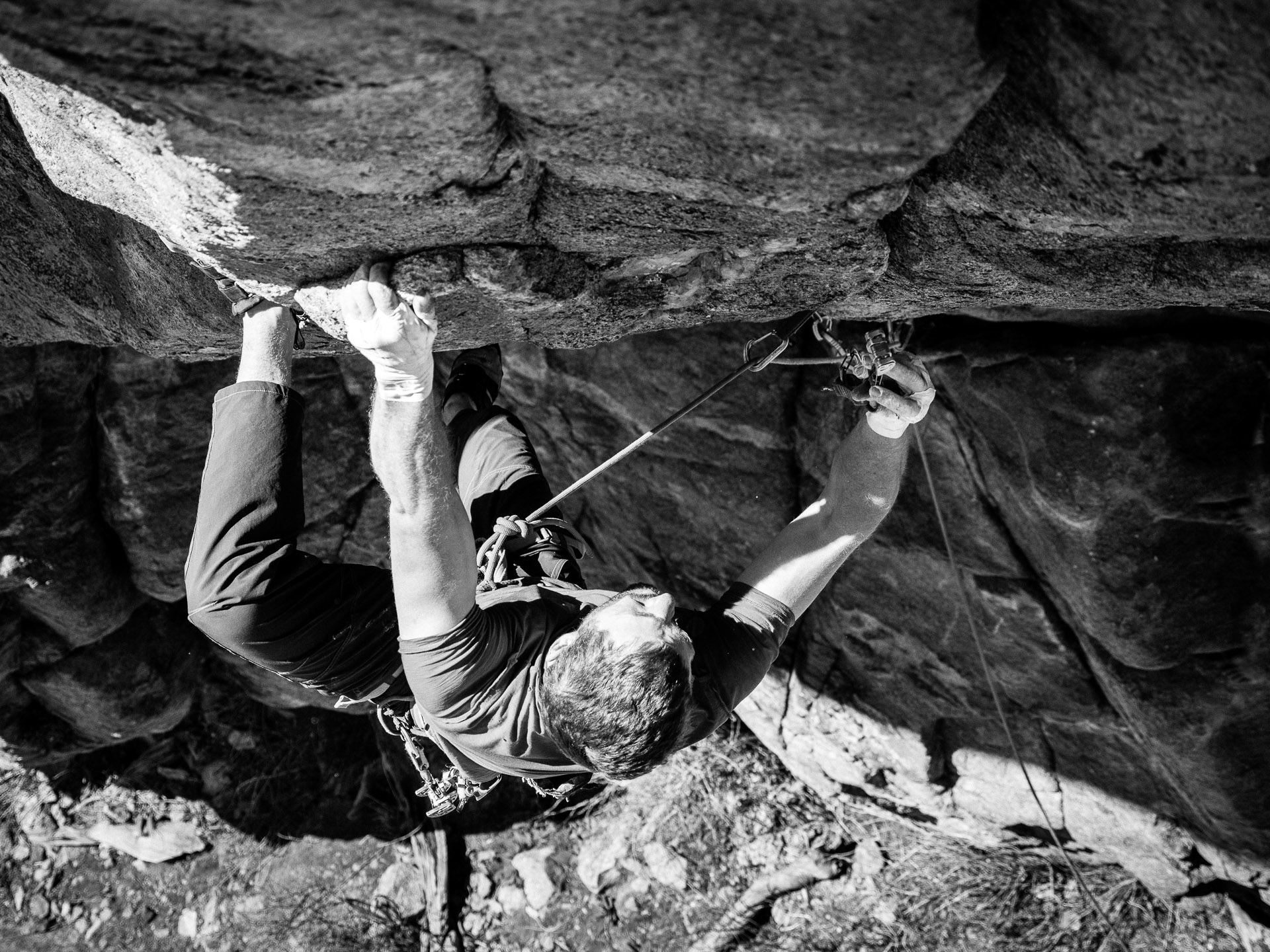 Well shit Bart. You confided to me beforehand your fear that those men would immediately send your project, yet you brought them anyways. And there we were with events played out just as you had hoped and feared.

Safe to say, if you didn't send, friendships would have been shattered, lives destroyed, babes thefted from cradles and swifted away into the night.

Forget the past, Bart, and give praise that in this age you too are a gyps. 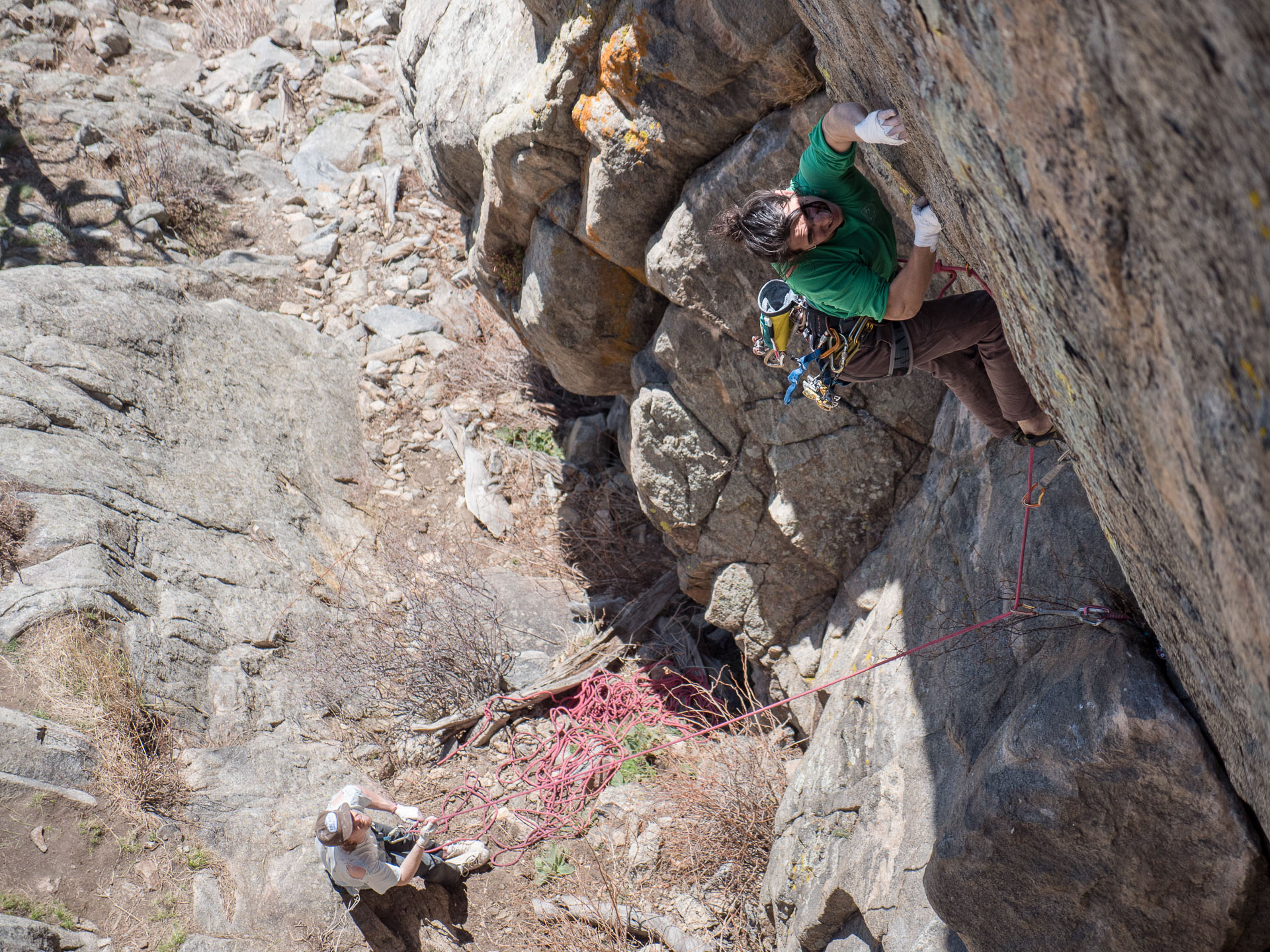 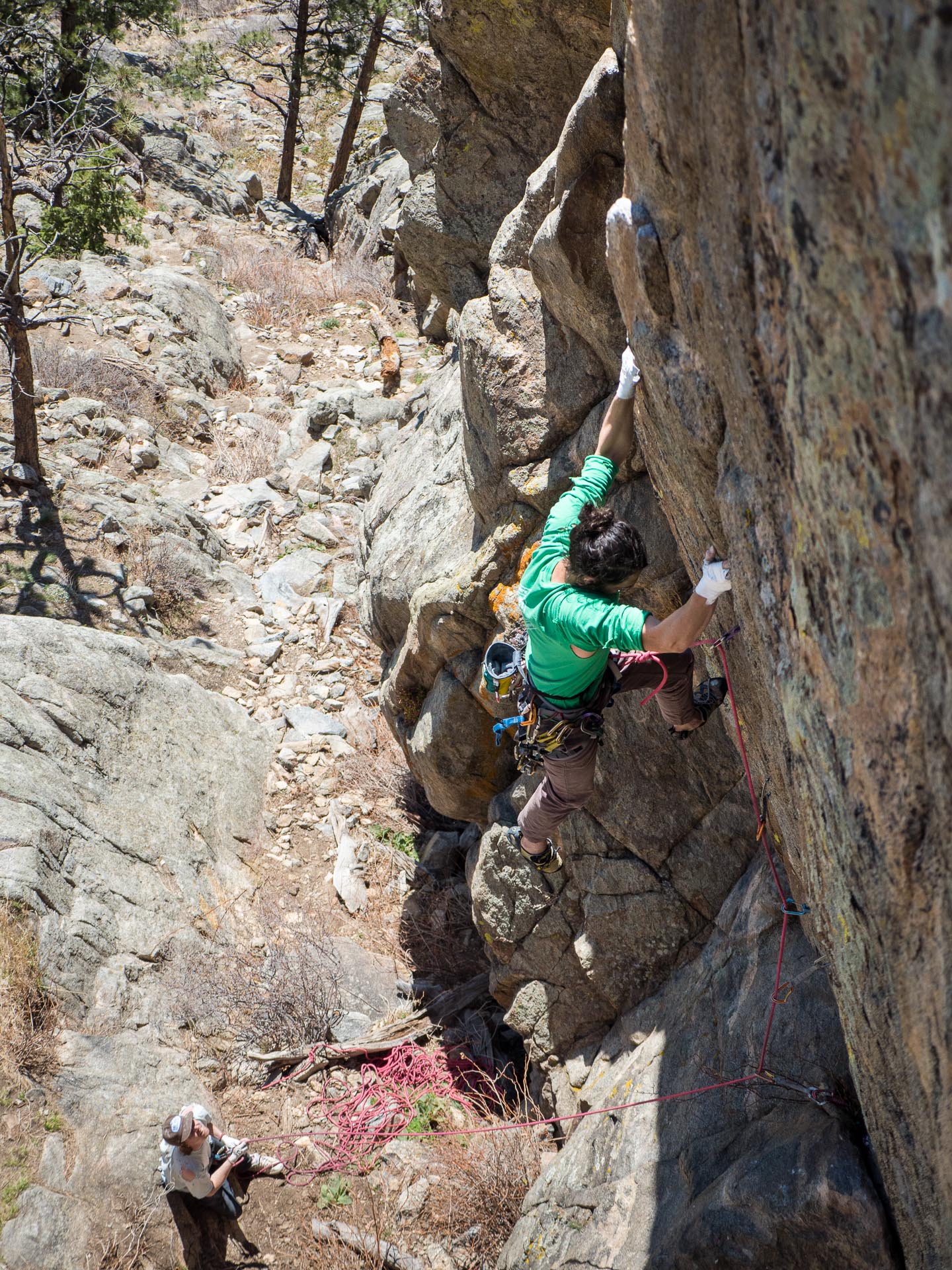 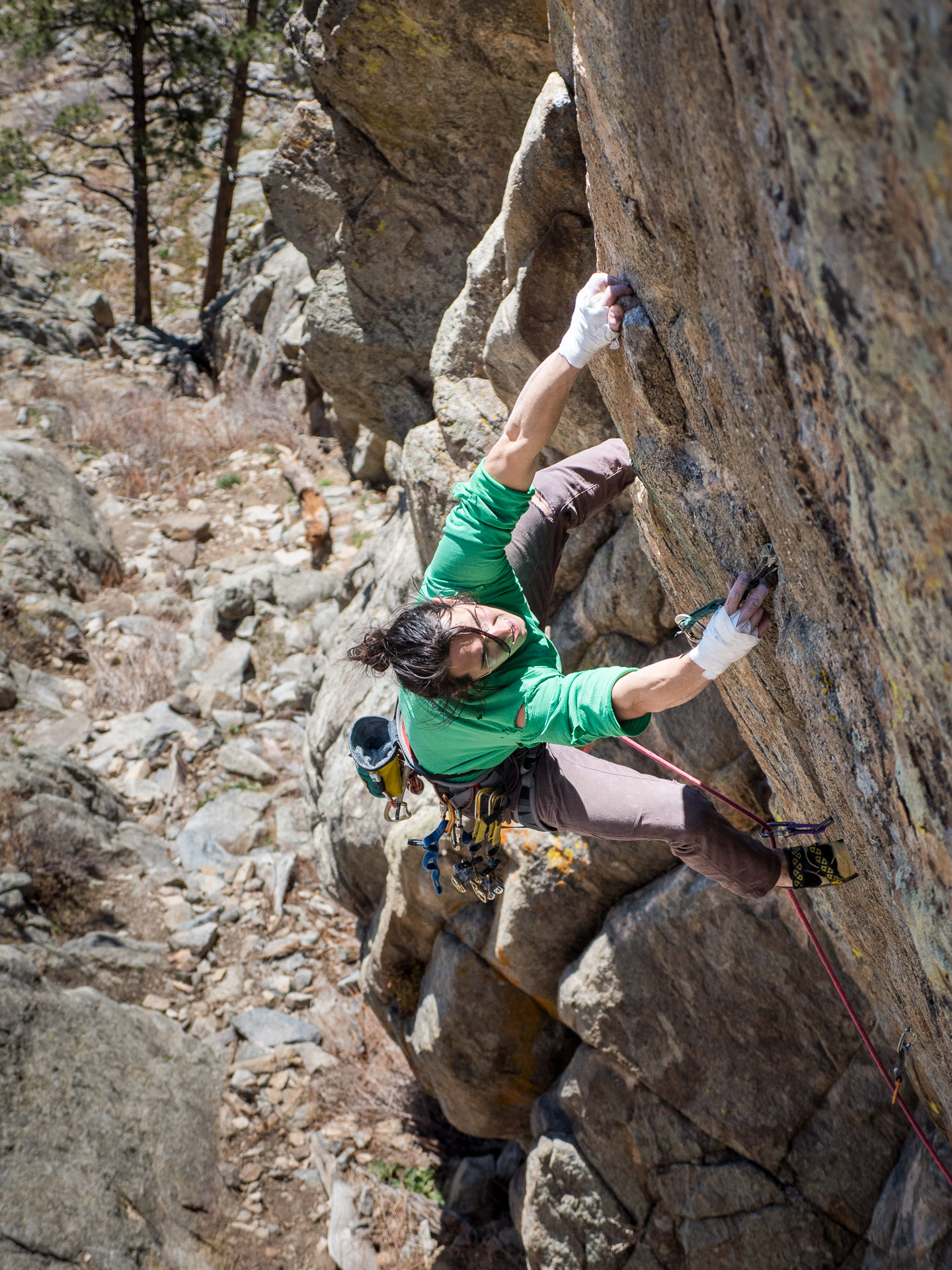 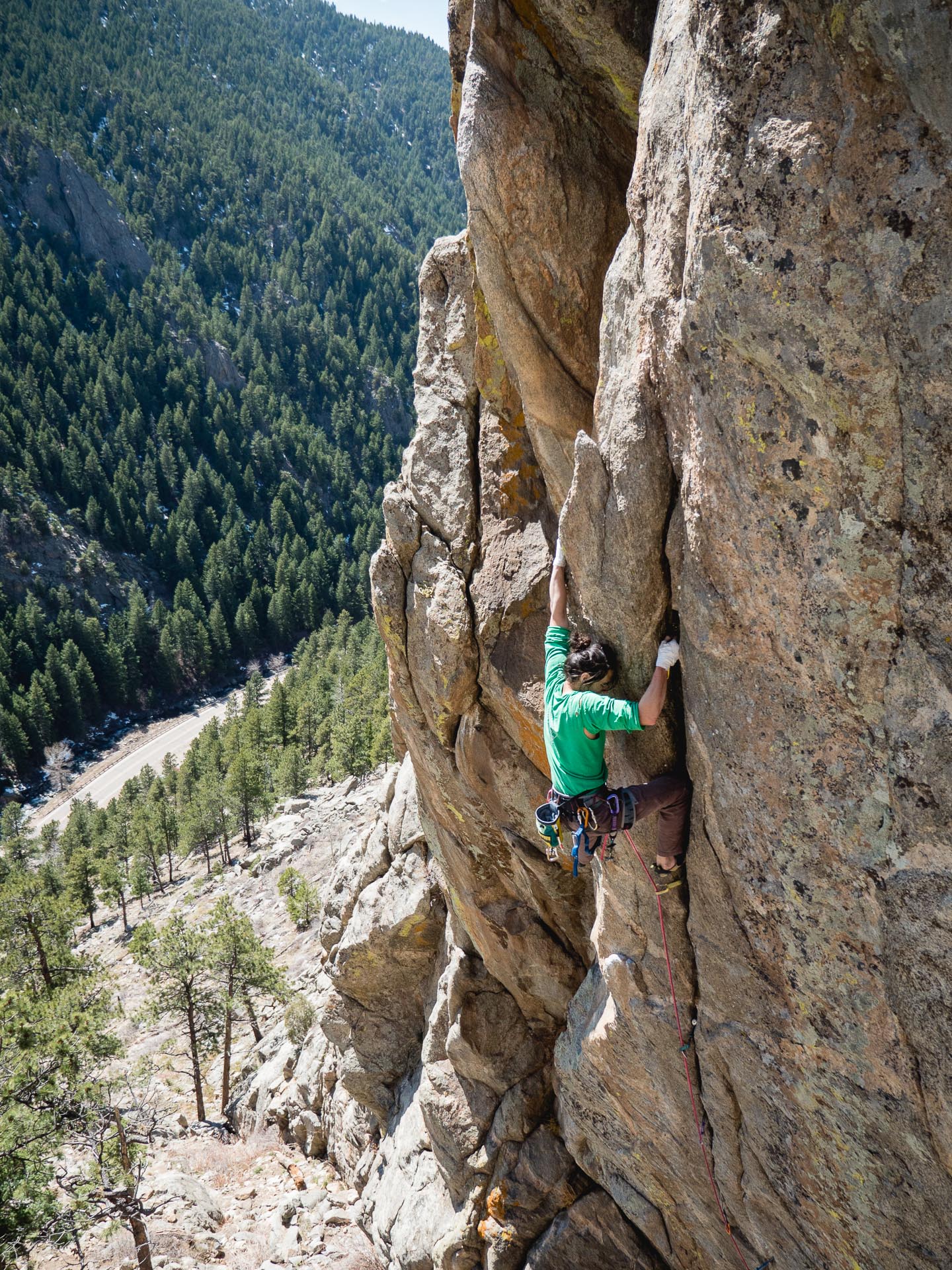 I've played at climbing for long enough now that perhaps I can get away with pretending at wisdom. I normally hoard my thoughts on the sport until cornered in a dim and musky room, where I'll whisper my gleanings wide-eyed over our beers and cribbage board as the dust motes dance in the slitted light from the boarded up window.

One thought I've shared many times, each time as though it had never before reached another's ears, and which I share now for its pertinence to the narrative I have briefly abandoned is: 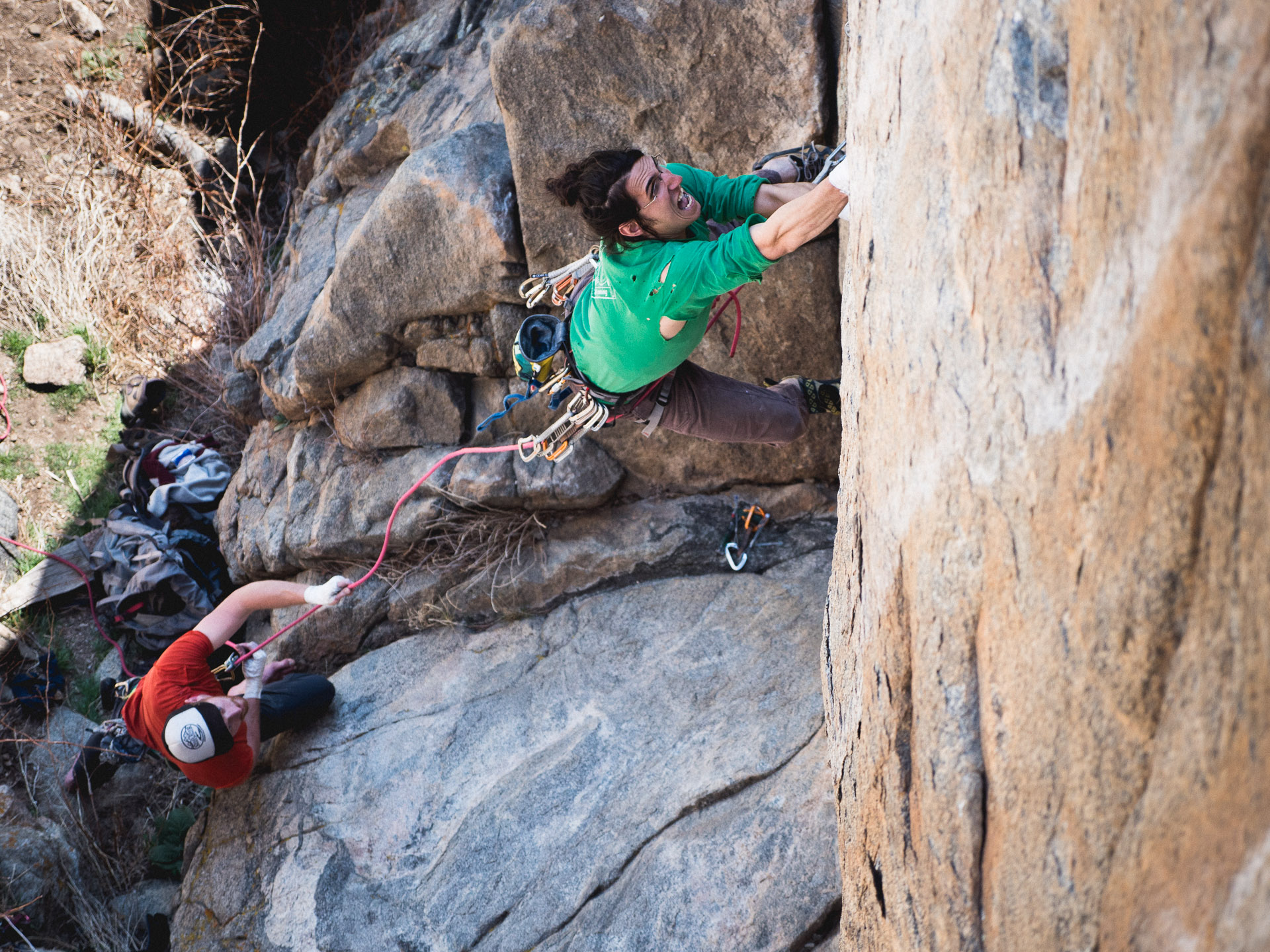 That seems a dour proclamation, so let me cast it in another light.

In climbing, there is always room for growth. 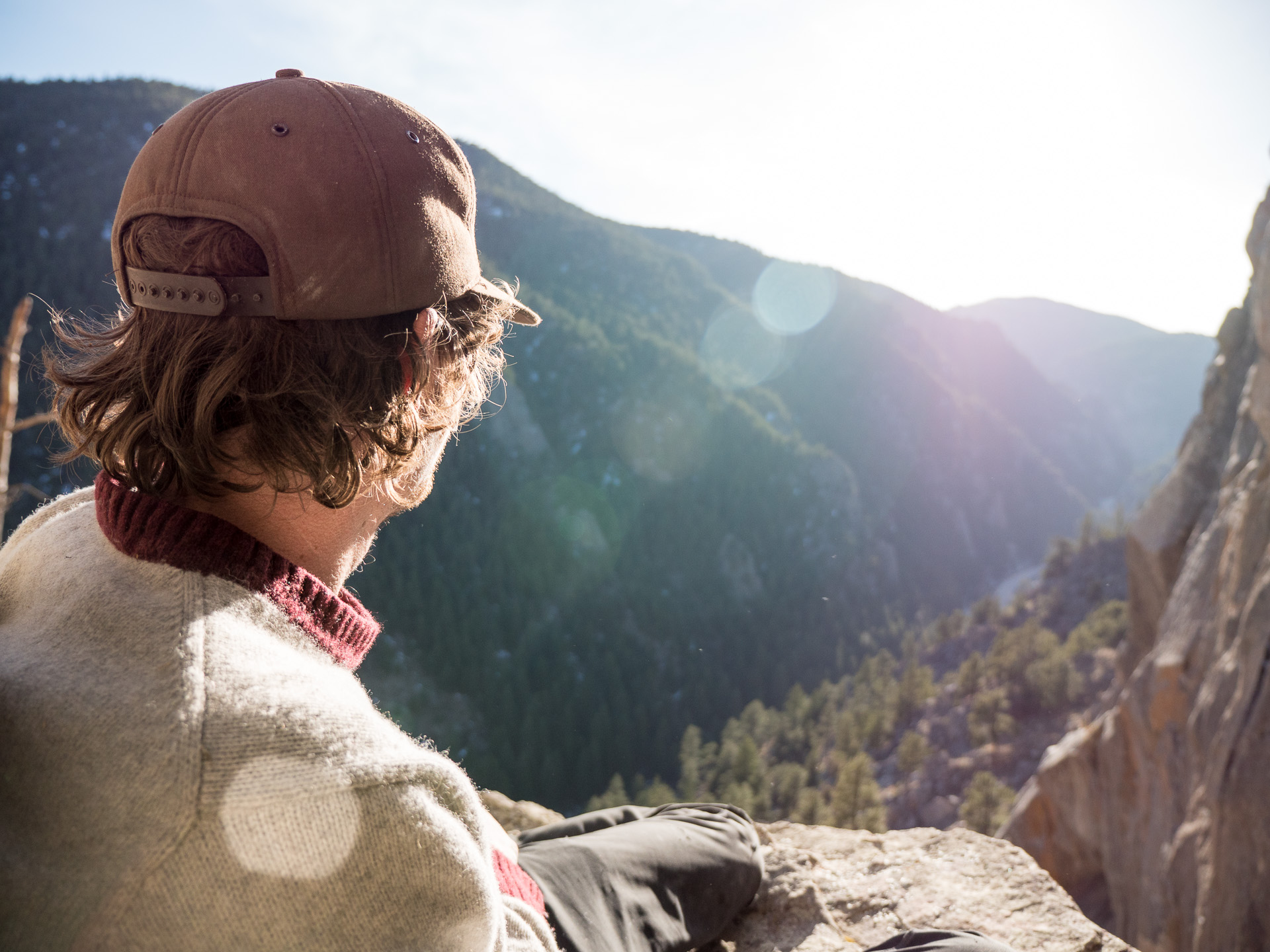 I can watch my friends climb things that make them gods in my eyes go on to fail repeatedly on an adjacent route without the slightest of doubts for my pantheon. In the divinity of climbing, much like of that of the Norse, the gods too are made of imperfection. 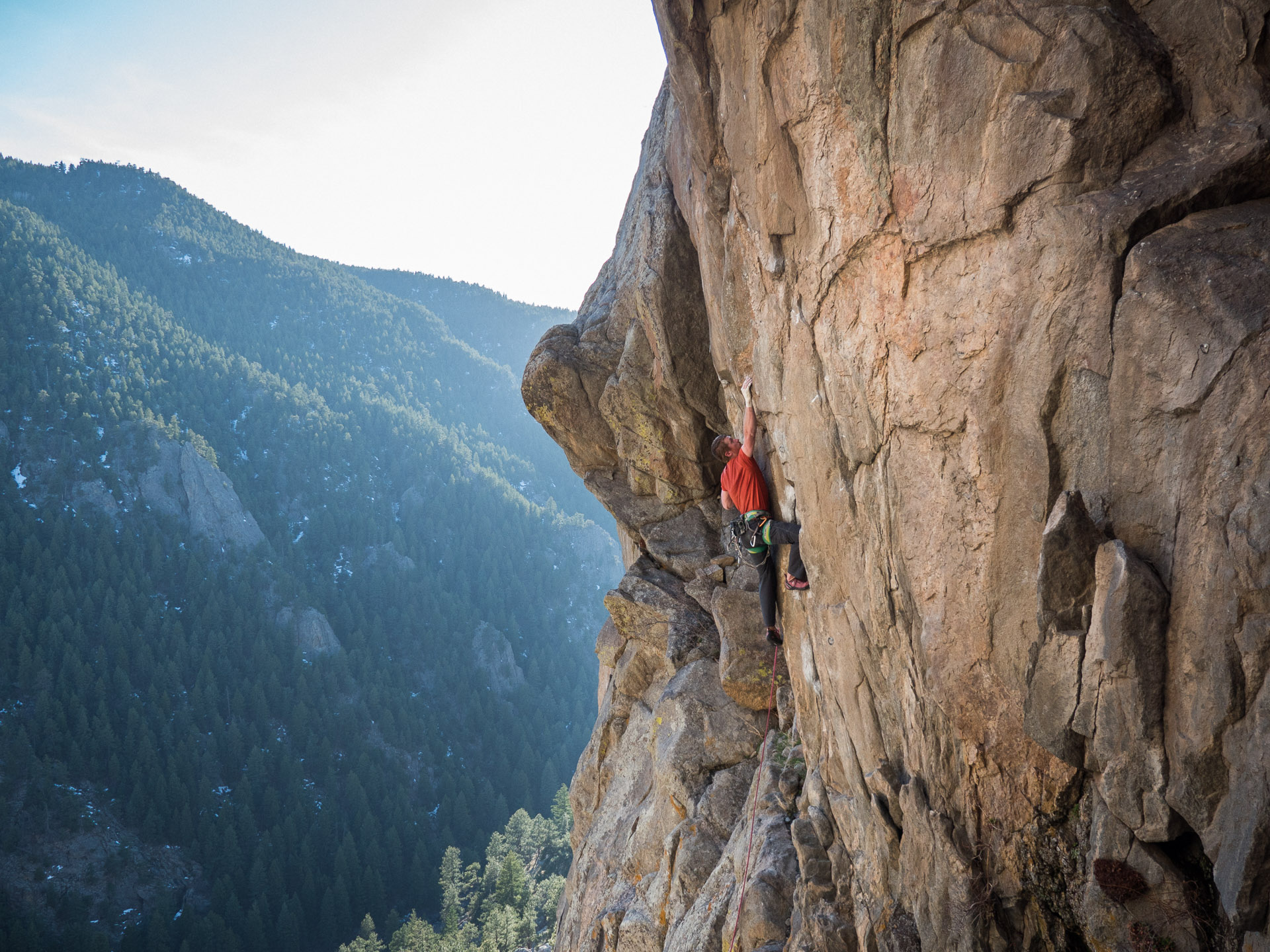 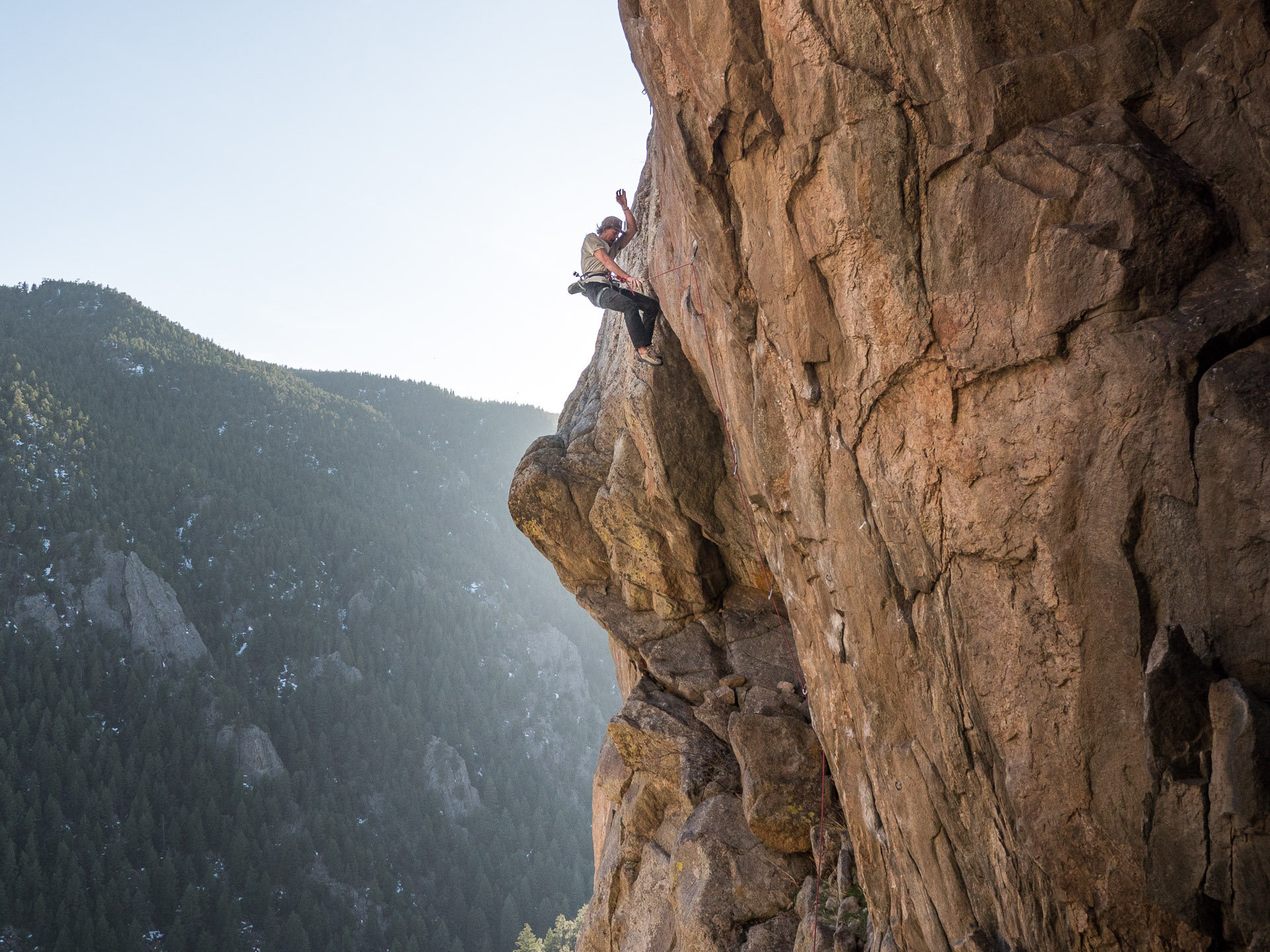 I tell you, this is a thing of beauty. We at least don't risk becoming stagnant and dying the early death as we fritter our lives away in the passion of our choosing. 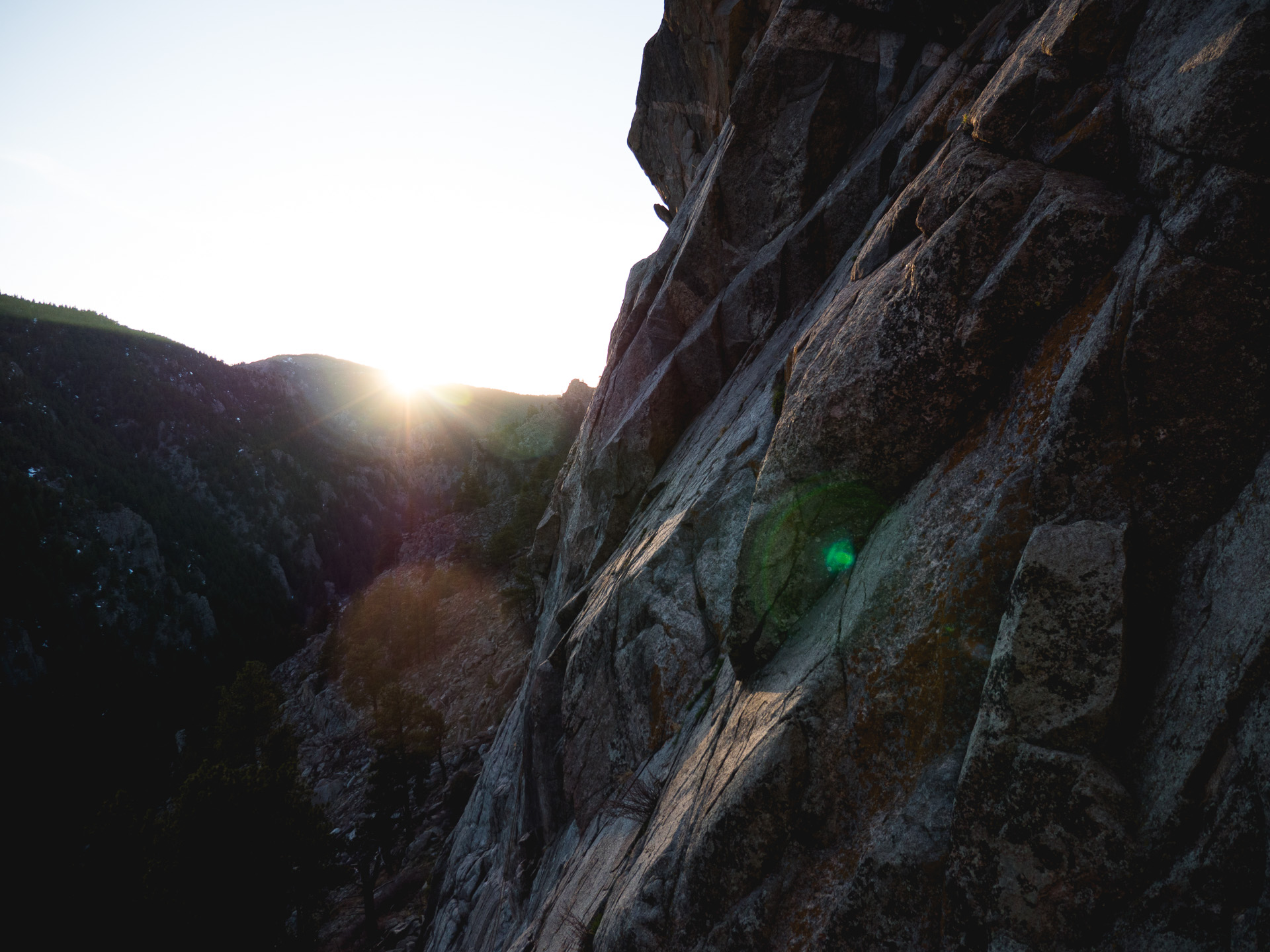 Oh, and to be clear, The Enlightenment is a route, not me being lofty.
Slim is wipping on another route, Vasodilator.