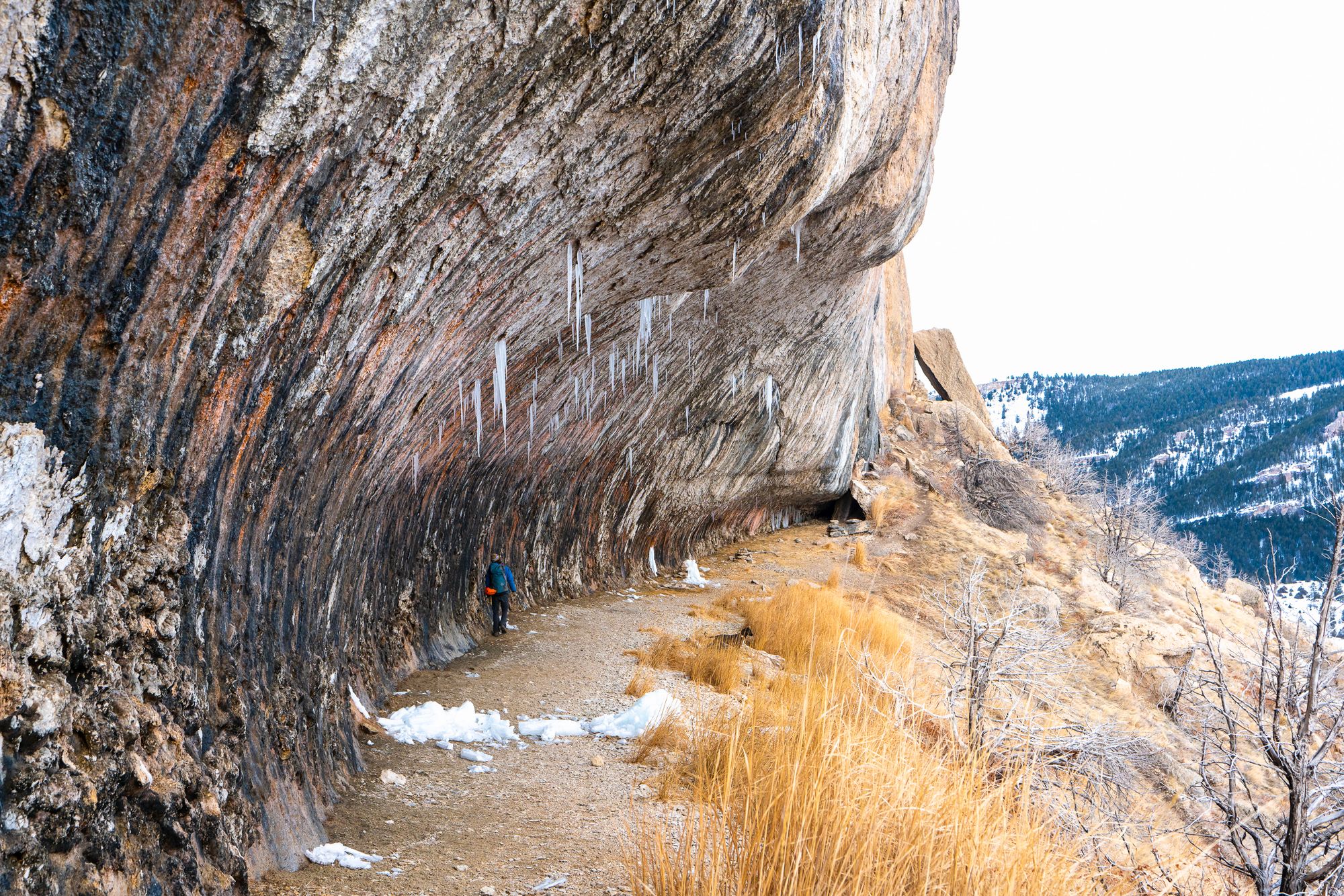 I had hoped to spend the entire month of February in Lander, but between a work trip to San Diego and my penchant to saying "Yes" when invited on trips I ended up with just two weeks there.

I had my fingers crossed that Lander weather would be benevolent and keep the skies blue and clear. If Sinks Canyon has sun and no wind the temperature ends up more-or-less inconsequential. My good vibes never really managed to manifest good weather though.

Early on I had cause to think otherwise re: manifestations. Steve, Ryan, Jessie and I got out and froze for a bit of rebolting at Fairfield (I got a sticker for participations!) and the sun kept up with us most of the time. Sadly, that would be the end of my affair with the daystar.

Alana and I got out to Killer Cave a little too late on another day and only managed a pitch and a half before being chased away by frigid temperatures in the shade.

At the end of my time there The Gypses came up for a yurty weekend. William Jahncke, beloved man of the beard, beloved man seen too seldom, even made a guest appearance that weekend.

Far and away then, the best thing that came out of my two weeks in Lander was a deeper welcome into the close-knit community there. The "trip" was much more about the people and the place than the activity (... per the usual).

Going from unknown boarder living in the basement at Justin and Erin's to "oh my god I think I have two new best friends and we should just be roommates forever now" wasn't just a high note for my time in Lander but for my spring in general.

Lander's filled an interesting niche in my life. Something like the closest thing I have to home when I stop and think about it. Yet, I always think of it as home in past- and future-tense, never quite in the present.

I'd say "someday", but that's just the future-tense talking.