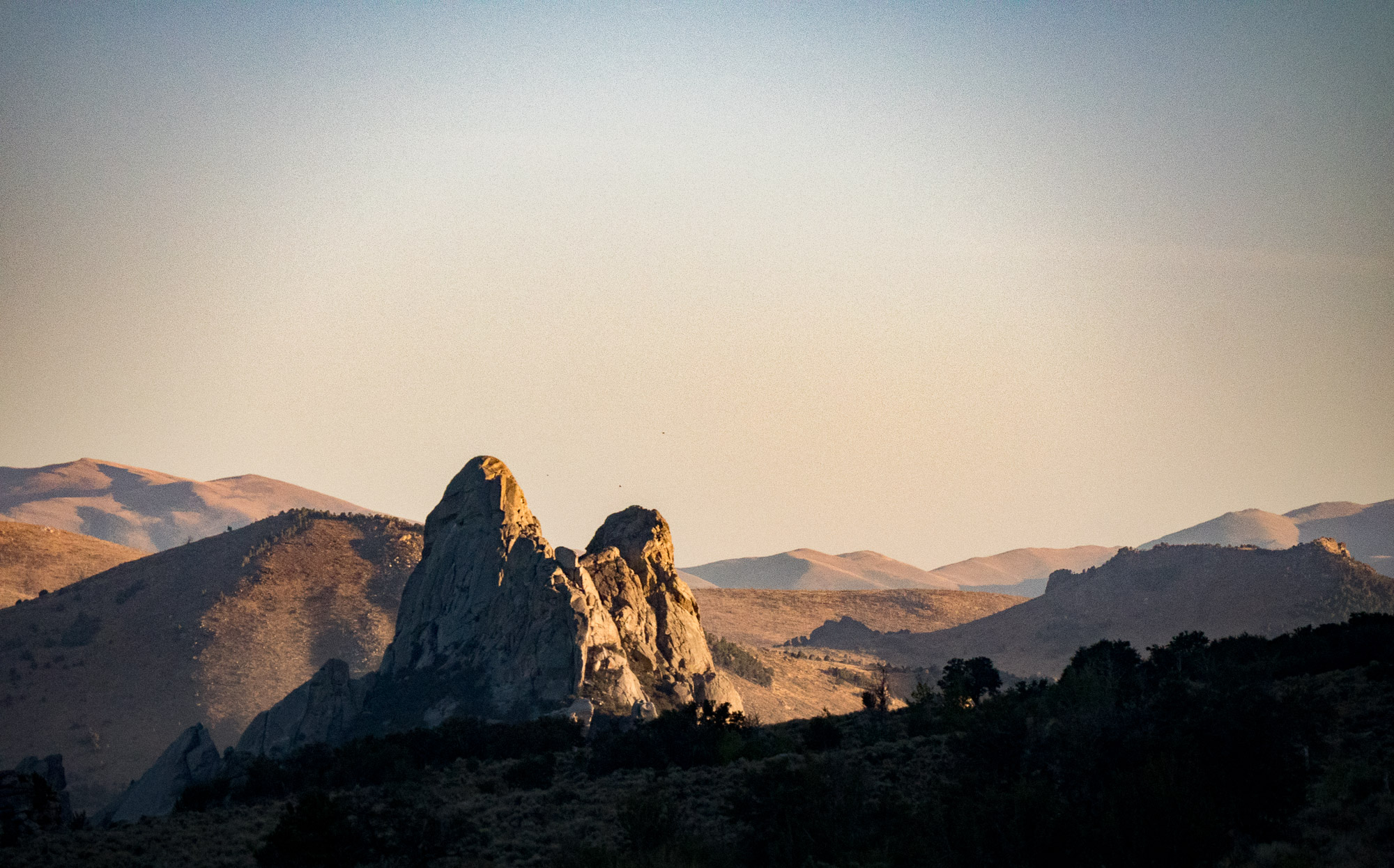 Rainbow Will (you remember Rainbow Will, don't you?) hooked a brother up with the low-down on some West-Side shindig scheduled at the City of Rocks right around Memorial Weekend. I was in.

The crew started out with five of us. 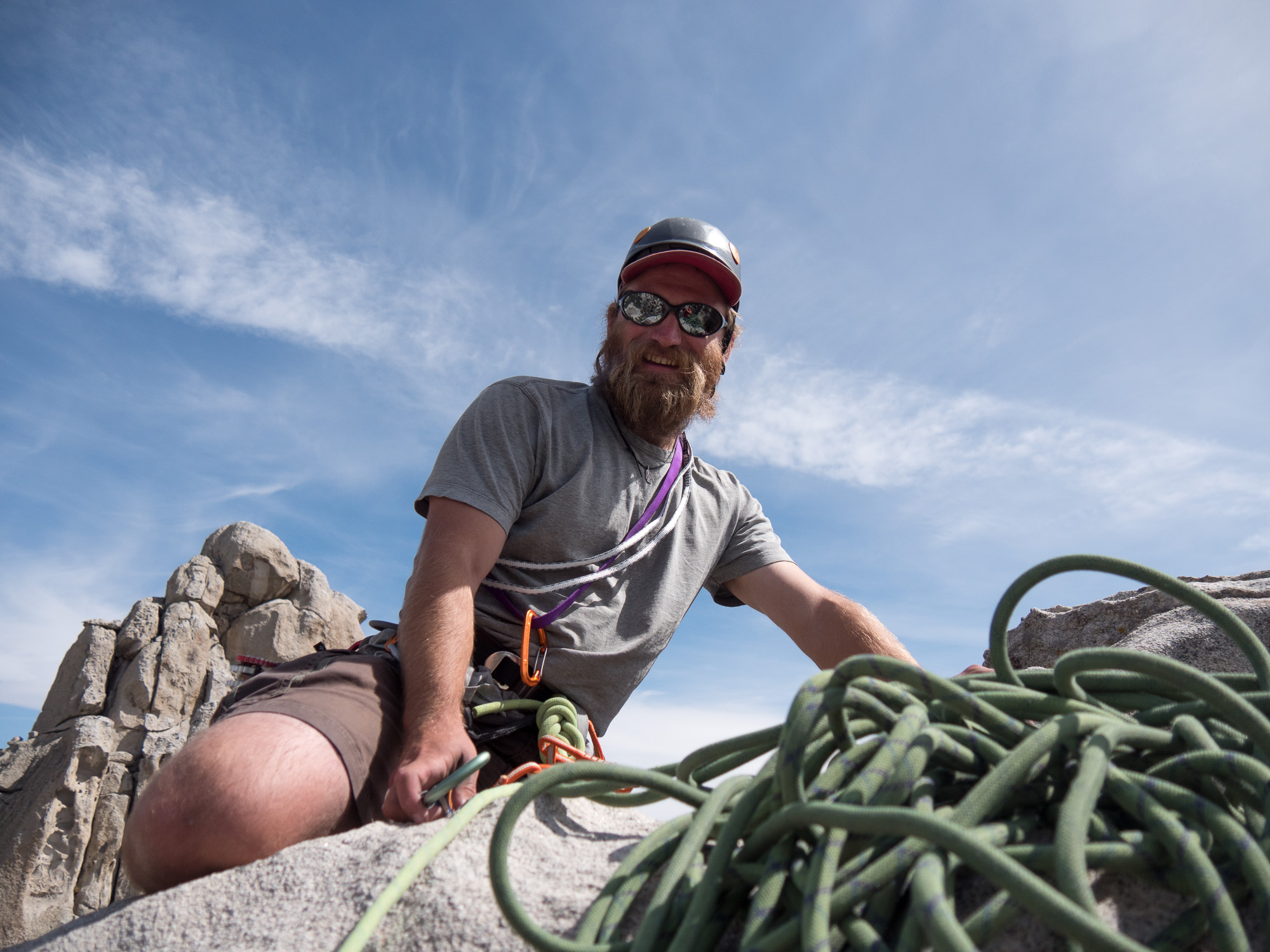 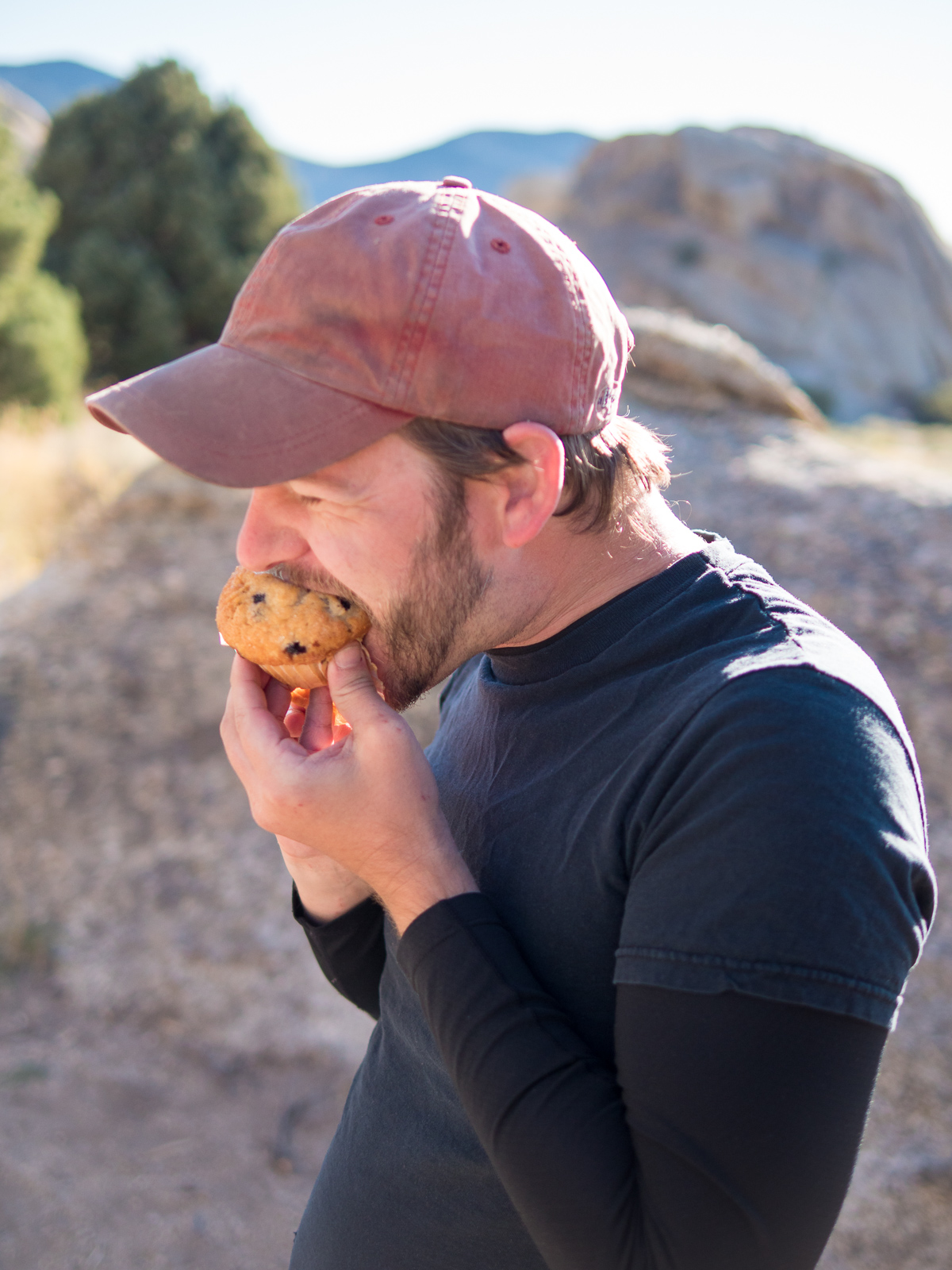 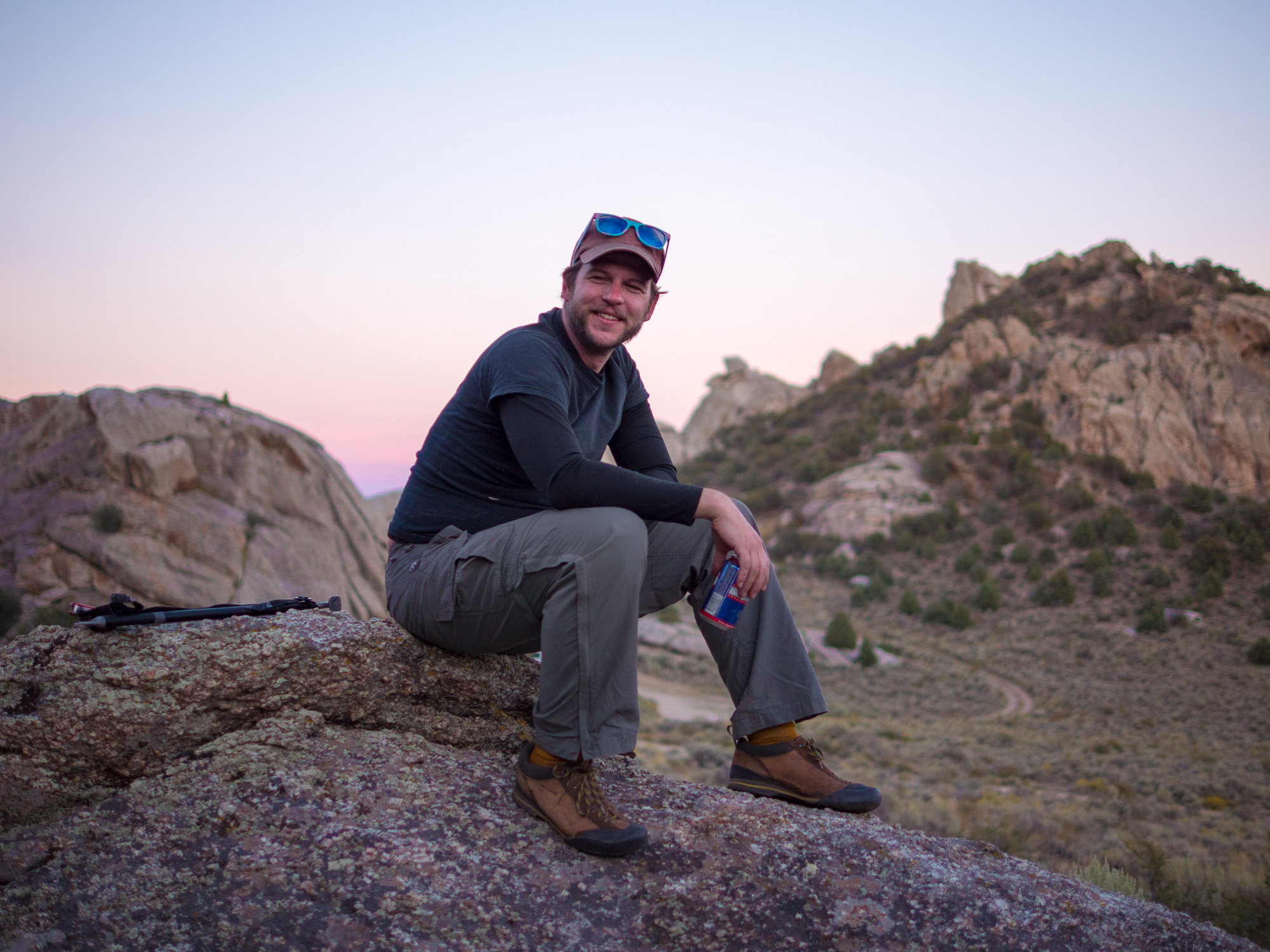 (I gotta work on these phat rhymes some more, maybe) 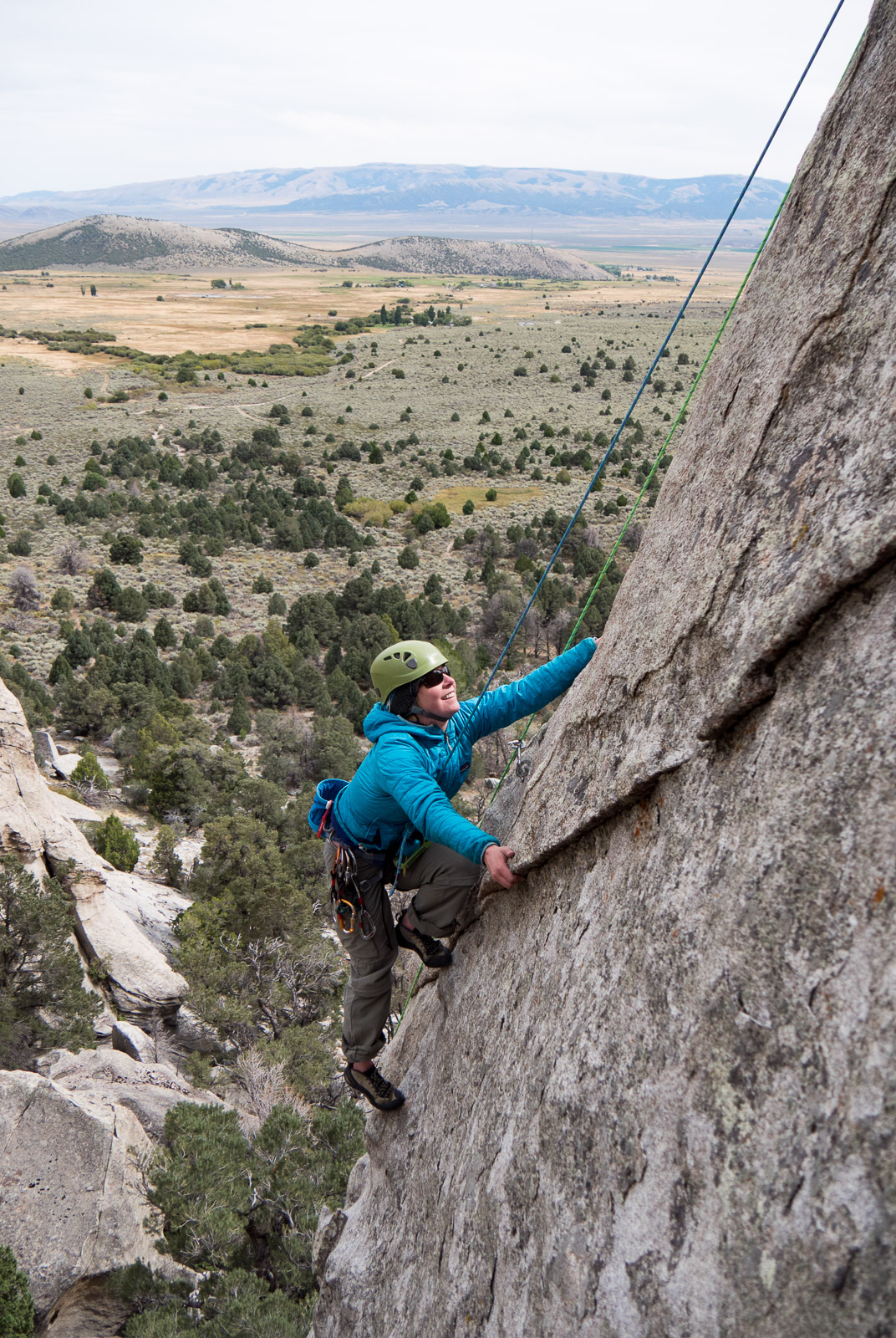 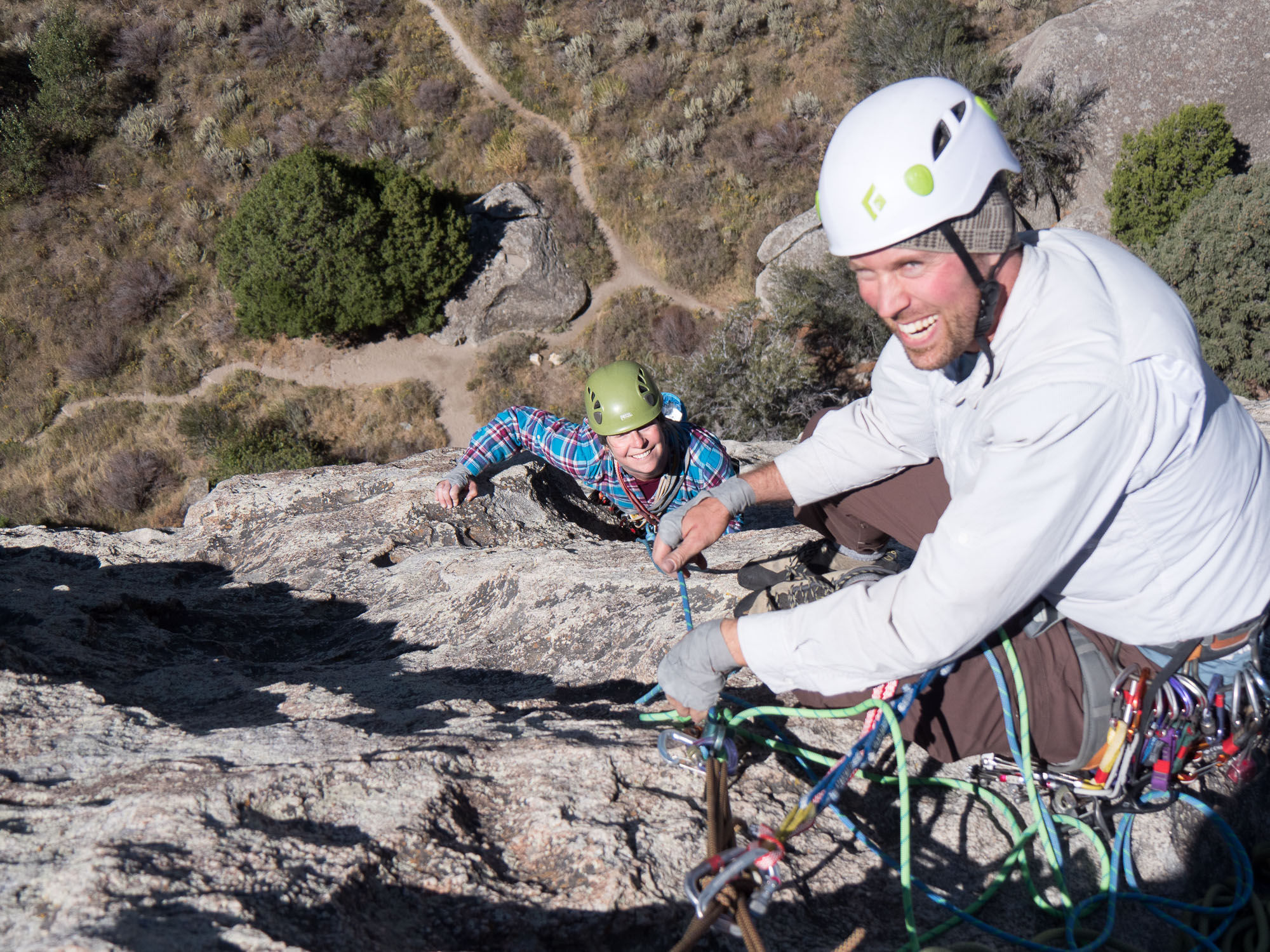 Actually more of a photo of Esther, but C-daddy don't mind

5. M to the A to the E, Master and Author of this most Excellent blog, the man feeling for overhanging limestone pockets on all his city trad leads, bestower of appellations and deliverer of the four double-yous (wisdom, whiskey, wit, and winnebagos): me.

And together, we were: Five people generally having a good time outdoors and on rocks and, like, doing stuff. Y'know? 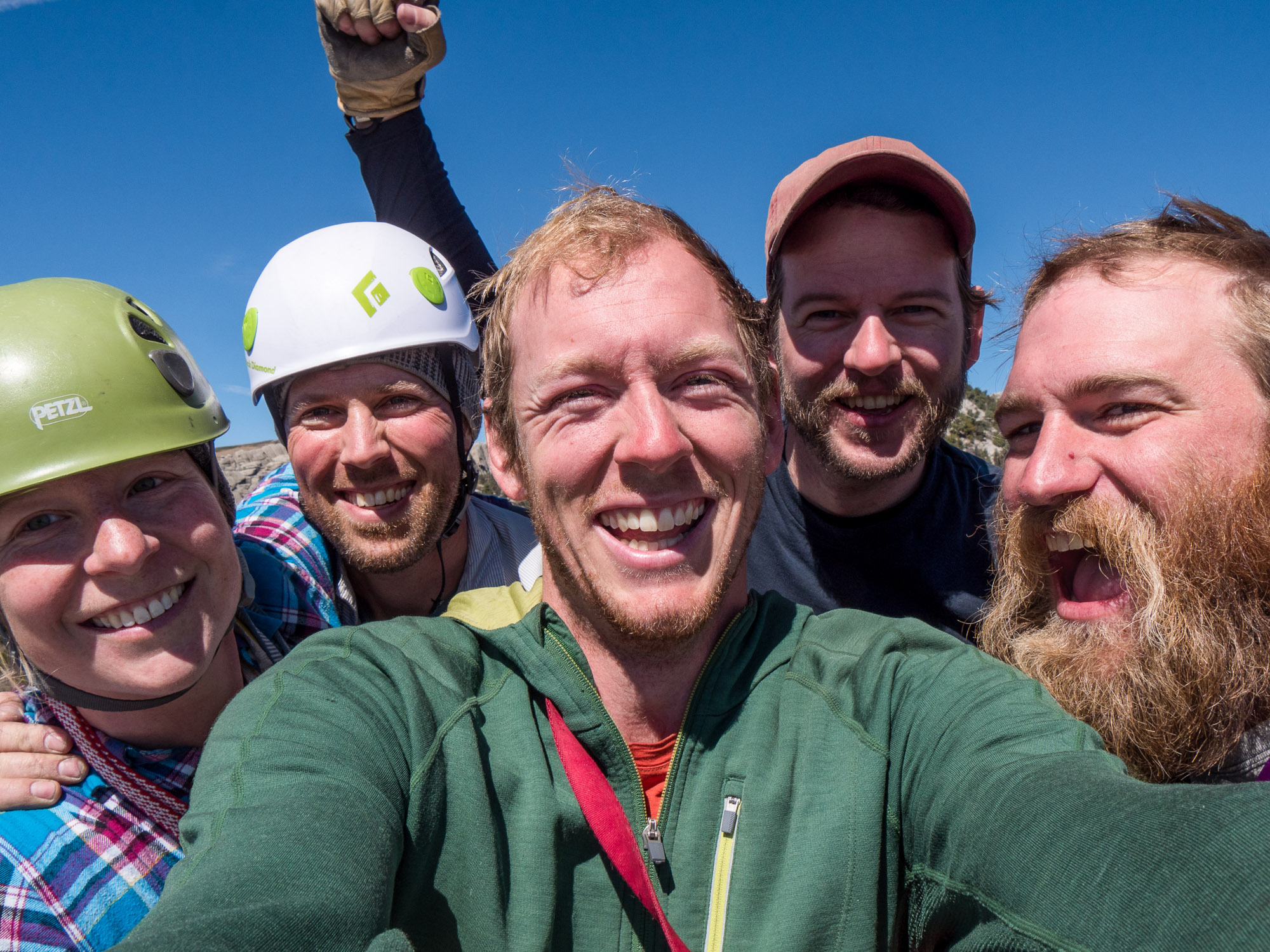 Some hundred fifty feet off the deck atop Parking Lot Rock. Totally photoshopped.

Having a few days to really plug gear and climb a different sort of rock (and cracks!) than I have in the past did wonders for me as a climber. We took it easy during the first three days, so that I was able to get to five before saying "No more, sir. No more." 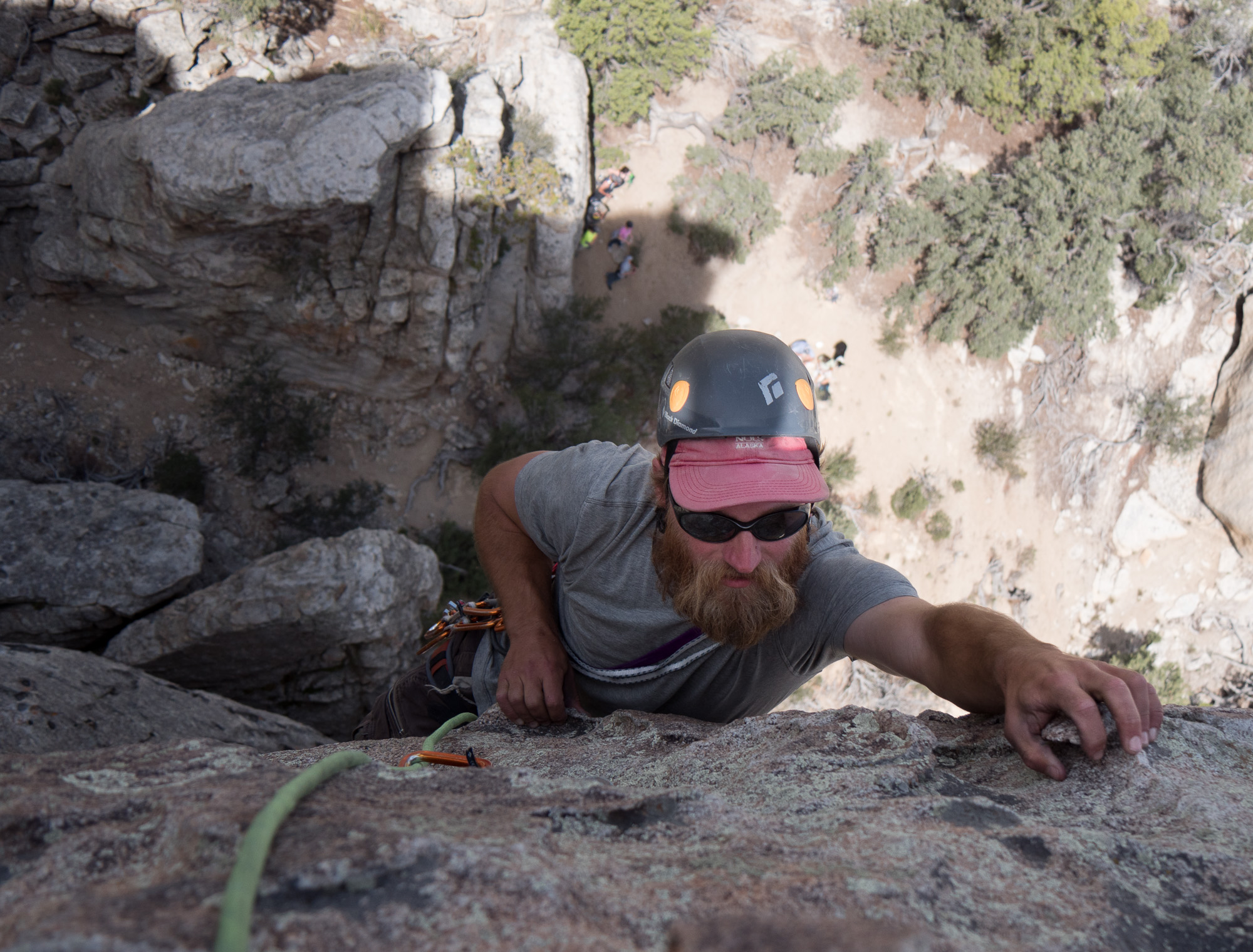 Will on Eye-Full Tower

Will and I romped up some easy classic multi-pitch sport climbs on the bizarre patina that grows like mushroom frisbees off the rock out there, and Charles and I put away a fantastic classic of a finger crack. I cried on 10b sport (so sporty!) and froze in hidden alcoves while I watched the last light of the sun paint the rocks to the east and then fade, fade, fade... We climbed high and we climbed higher; we climbed together and we climbed apart; we climbed in the sun and we learned we should really stick to climbing in the shade. 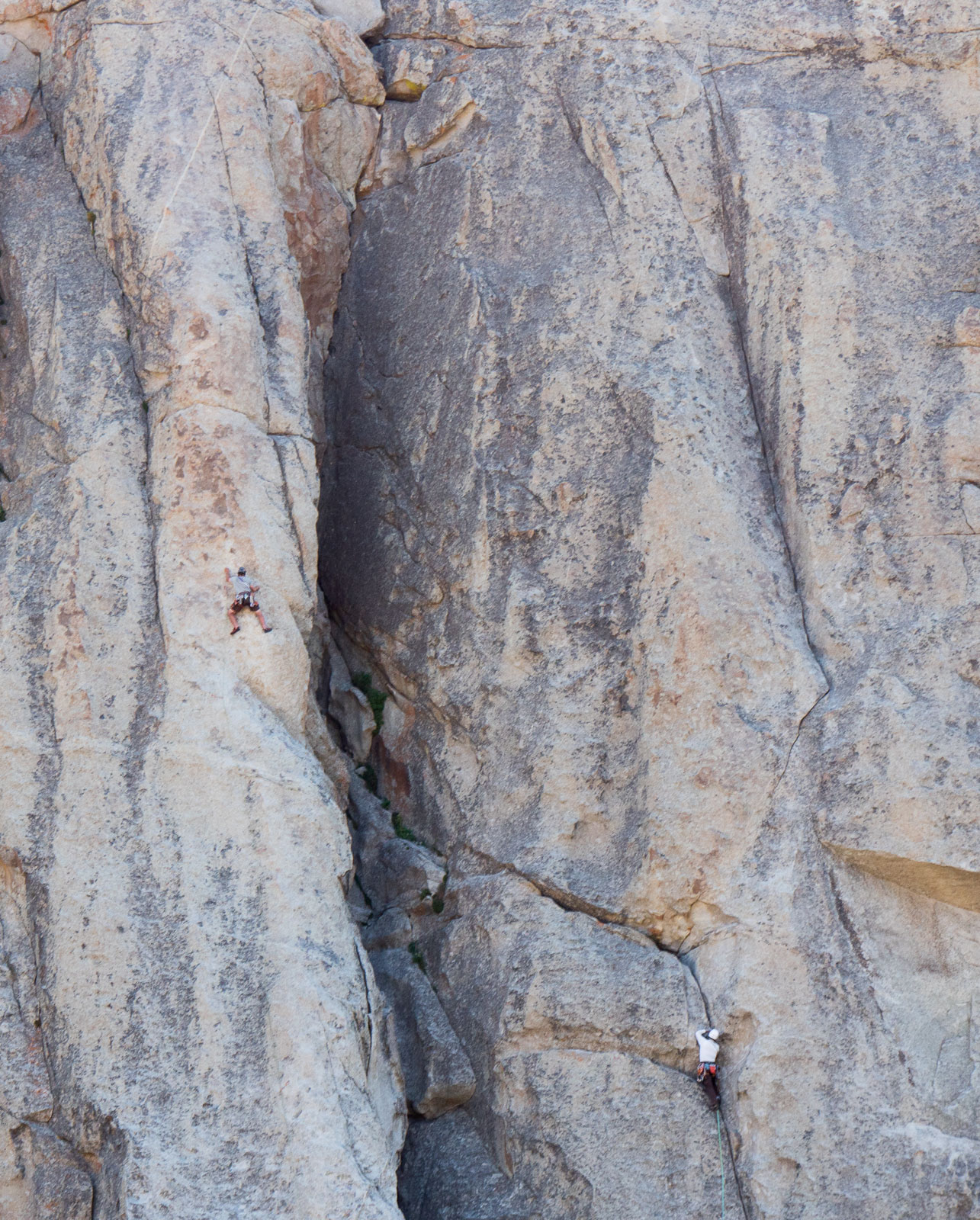 Will on a climb that has a name. He'll probably tell me what it was after he reads this (it's Delay of Game). Charles on Batwings

Hopefully we also learned to not wear clothing of the same color as the rock when Matt wants to take our picture.

After three days, there was a changing of the guard. Vilhelm and Daveed took off to the Tetons and the Tower, but before I could become the third wheel I've always dreamt I could be Aaron and Ellen strolled up to the fireplace. 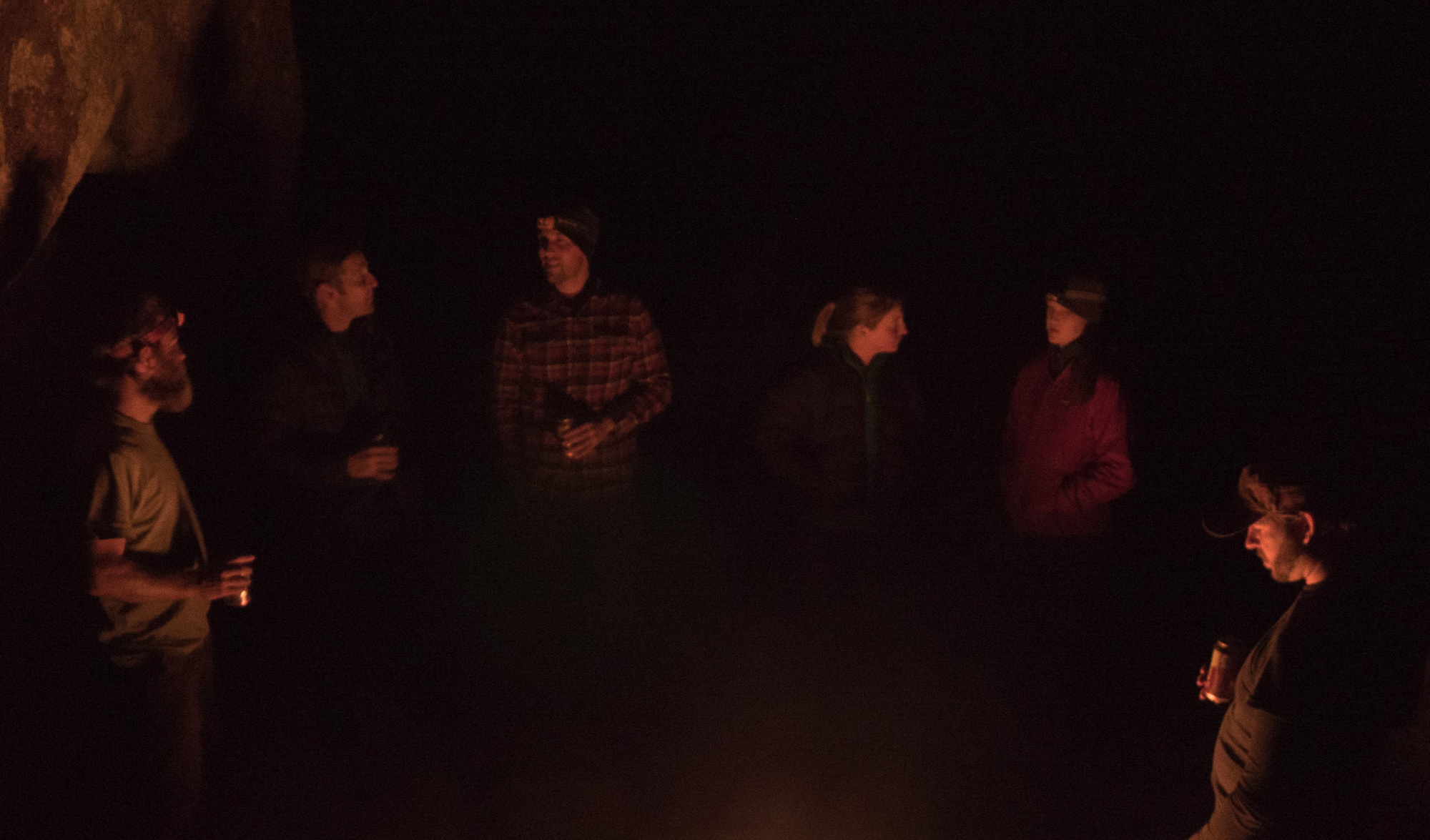 Aaron and Ellen had two cards up their sleeves the next day: a Tera and a second Aaron. They, in turn, had a card up their sleeves: a keg o' beer. Oh, also, they were all nice people who I liked for reasons beyond fermentation supplementation. 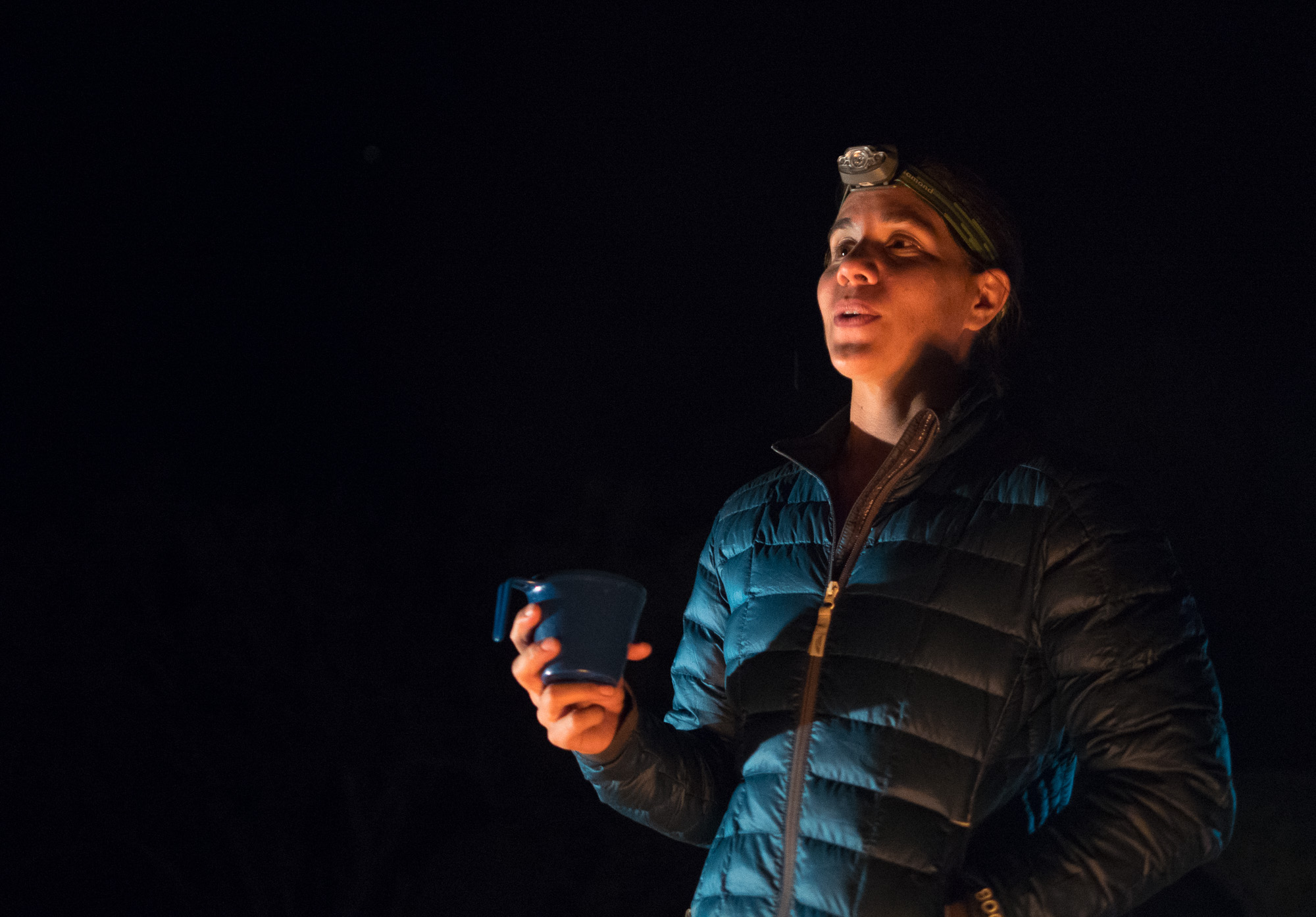 The stakes were upped climbing with this crew - I was clearly outgunned. Day four saw more ascents than the three days leading up to it, or so my body was saying. On day five, I had a blast of a morning ascent, baked in the sun for a bit, and then knew it was time to drift on. So I drifted on. 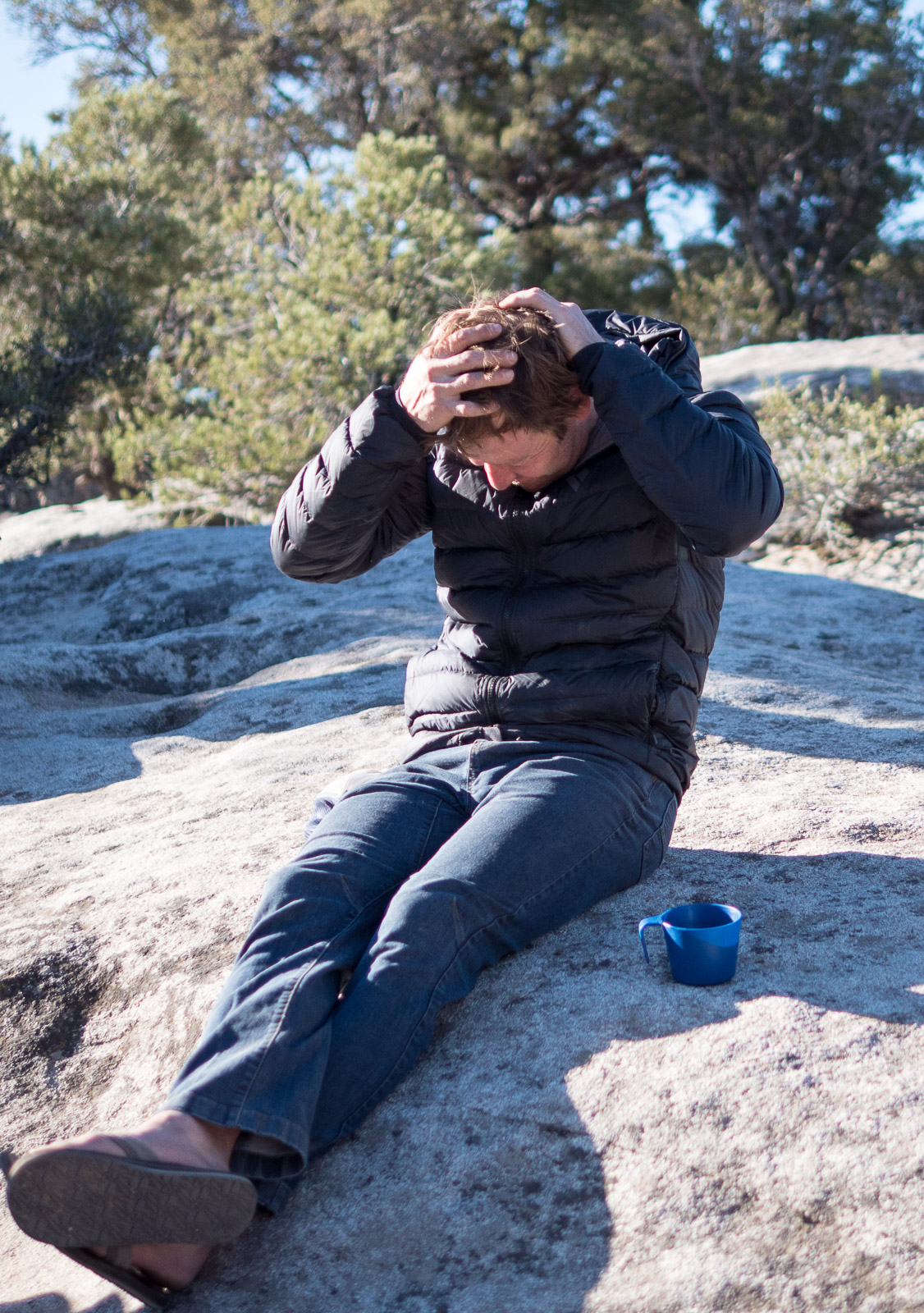 Kuntzler double checks his toupée in the morning

It's always wonderful to meet people with such different backgrounds to my own who love all the same things: climbing, outdoors, and Pokemon. I definitely agree with Kalous when he says (to paraphrase) that climbers just seem to be cut from finer stuff. I wish I'd gotten to spend a bit more time with all these new and great people at the City, but something tells me I'll be seeing them again.

... It's probably that I live in a car truck and rock climb all the time. That's probably the something. It's definitely not some mysterious universal power or female intuition, if that's what you thought I was getting at.