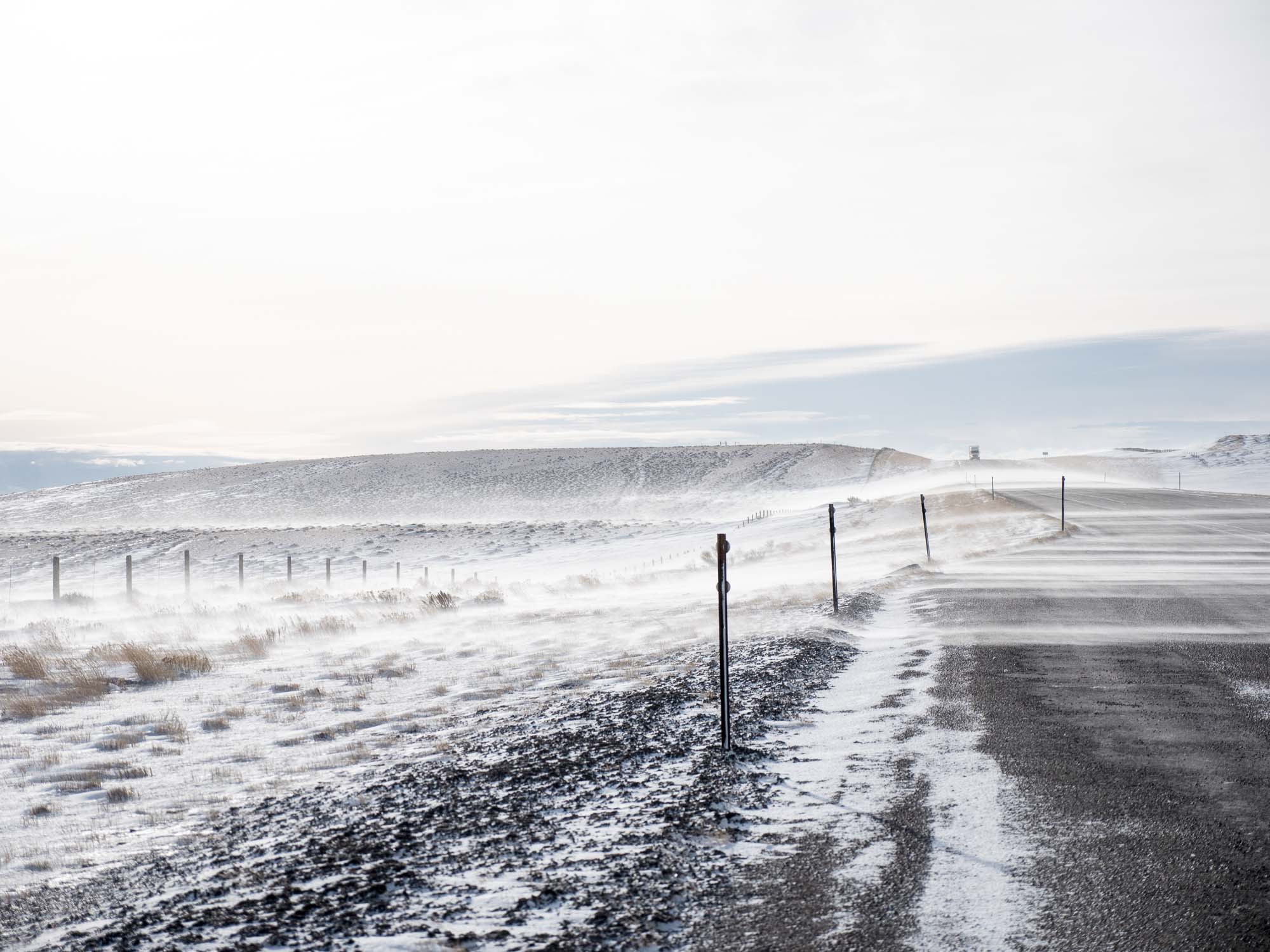 "I'm jealous. We drove up from Laramie and don't have that option. We're getting our money's worth out of this day whether we can feel the rock or not."

"Laramie? You guys brought this wind!"

Perhaps it was so. Certainly, on the drive from Laramie to Lander, Bart (Berthal, Bartholemeu, Beelzebub-Devourer-of-Souls) and I encountered many a-napping semi-truck. 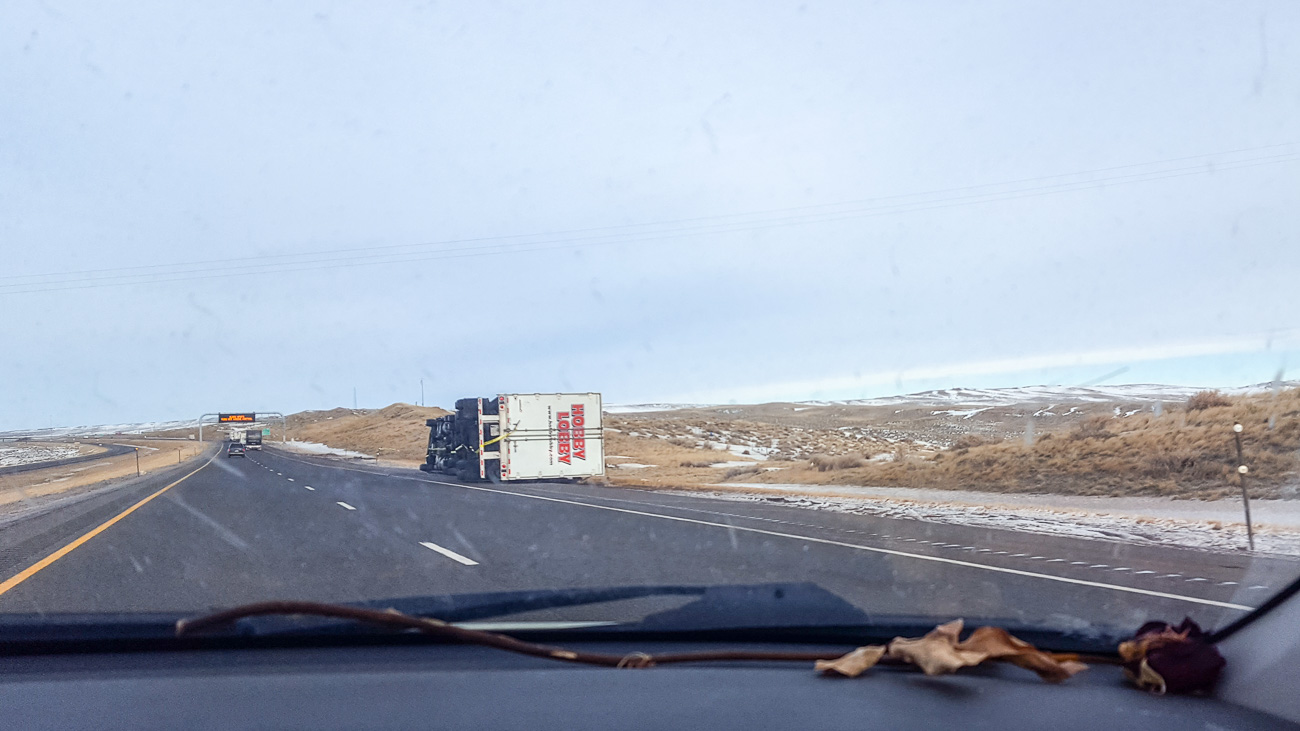 After a long drive in high winds (thank goodness we didn't take Ahab) Bart and I kicked the day off on the east side of Squaretop, hiding from the wind coming out of the Winds. 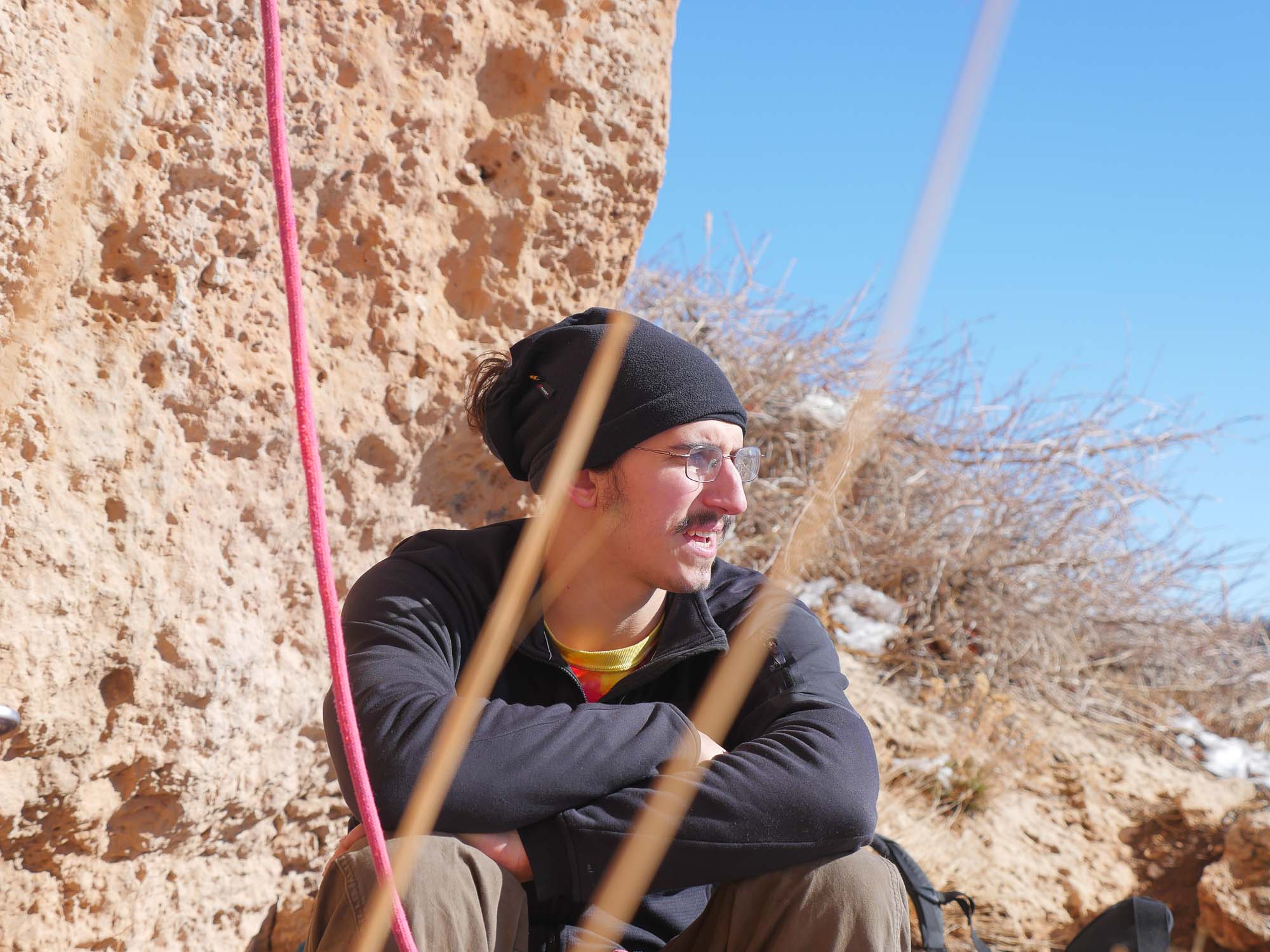 We fooled around in the terrible winds at the bottom of the canyon, gave up on Squaretop, and discovered that conditions were much nicer at the wall proper. They were best at Addiction Wall, where locals were nice enough to leave up project draws for us to play on. 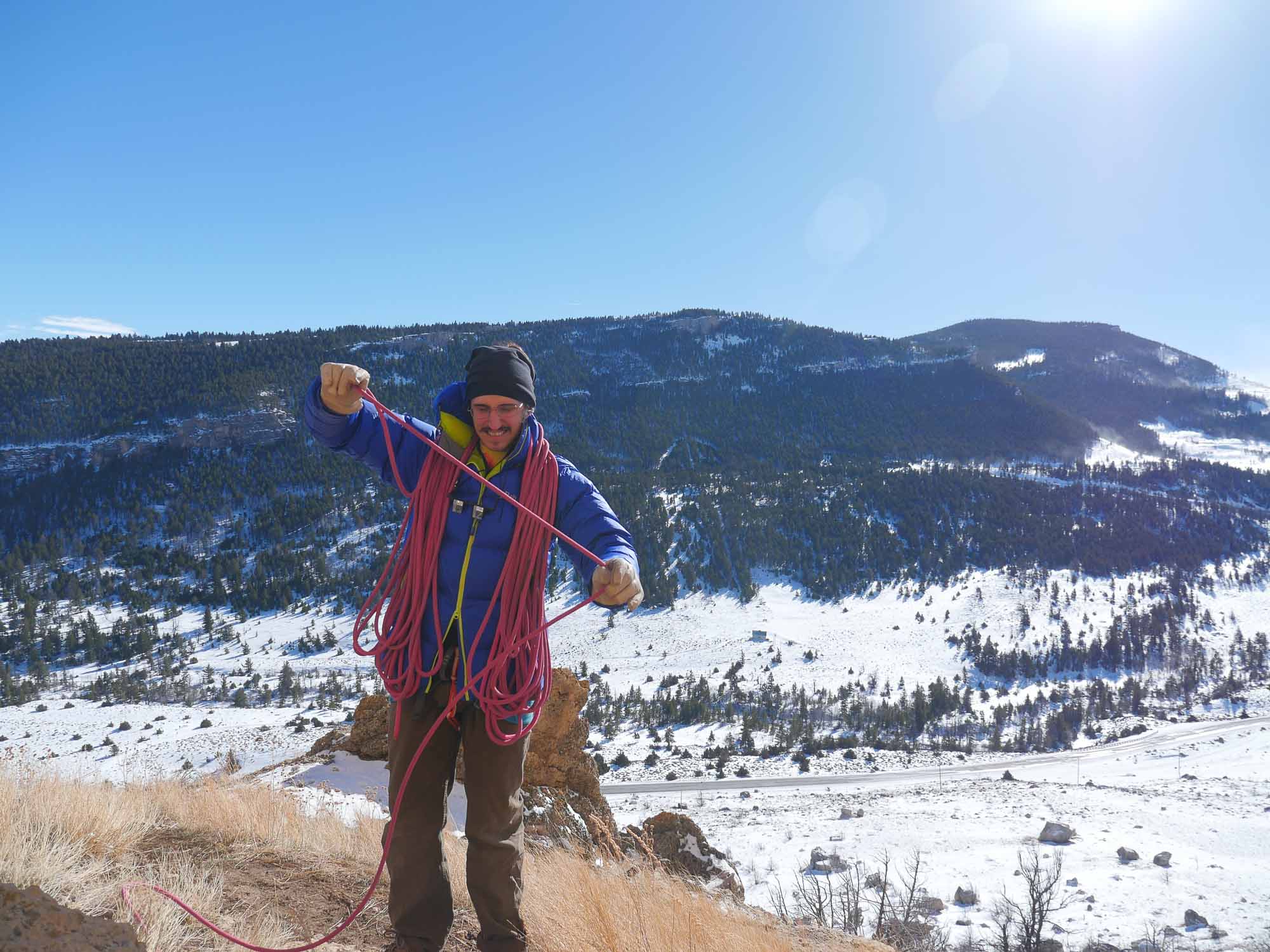 We spent the afternoon working The Road to Dushanbe, something I had previously one (or two?) hung, and which I found myself working bolt-to-bolt.

Bart was the best partner I've ever had for a good hangdogging session, and homeboy knows how to project. He helped me suss out the moves through the crux and then did a great job on it. My subsequent attempts were happening on 0 climbing fumes - I hadn't been a sport climber in almost four months at this point (is my excuse).

An overall fun day, Bart's personality more than making up for the bad weather out there. Nothing like a good partner. 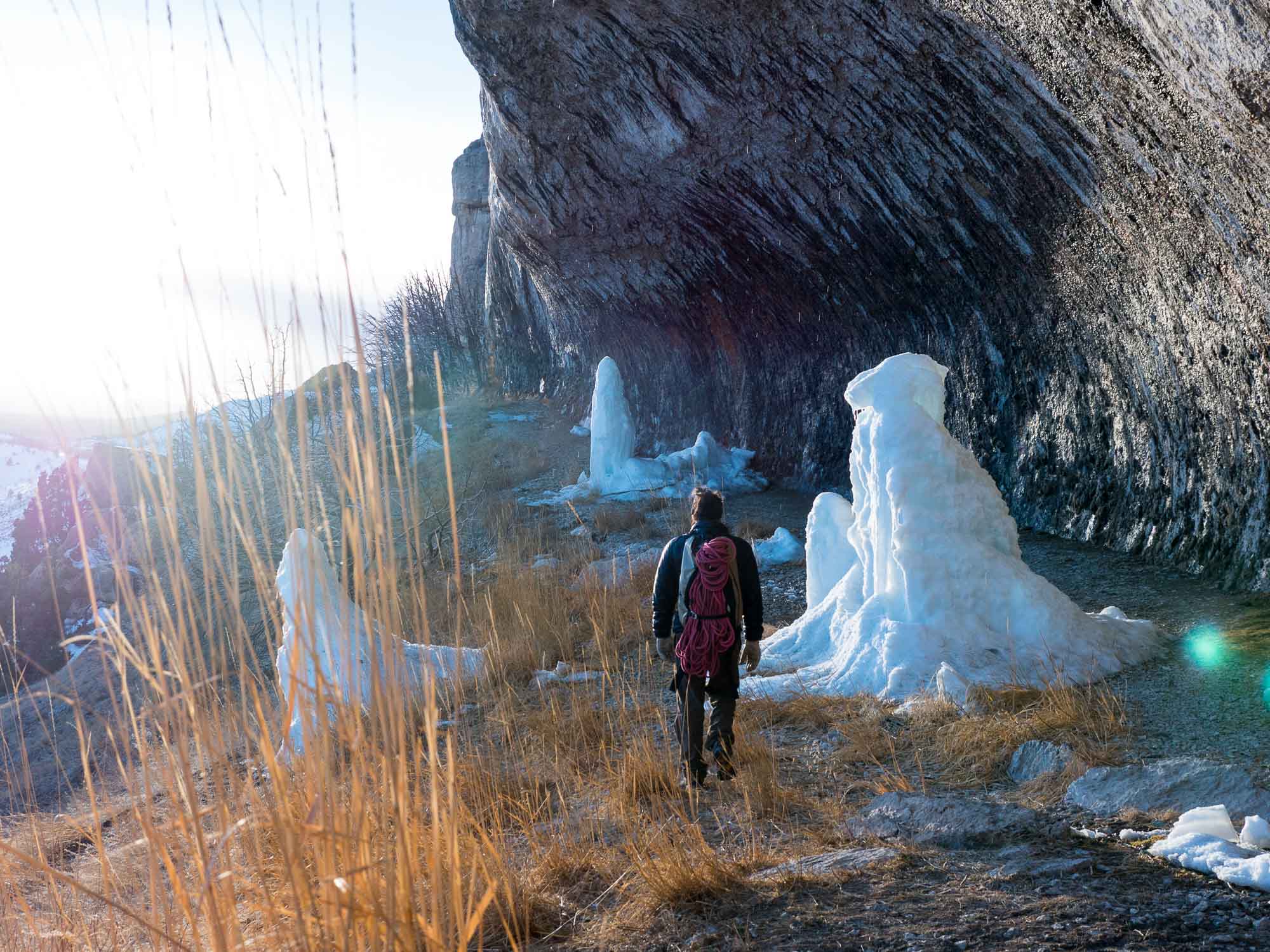 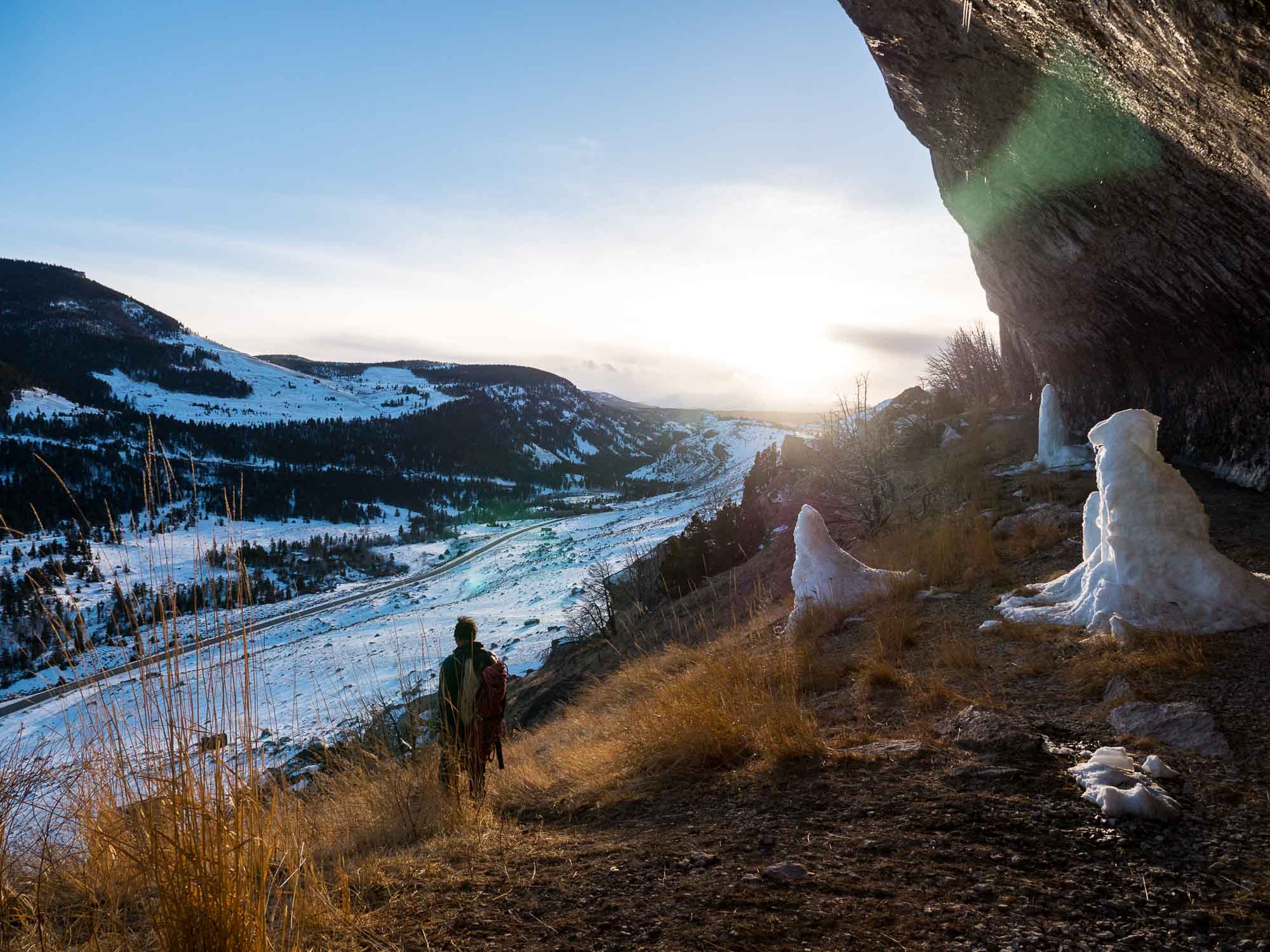