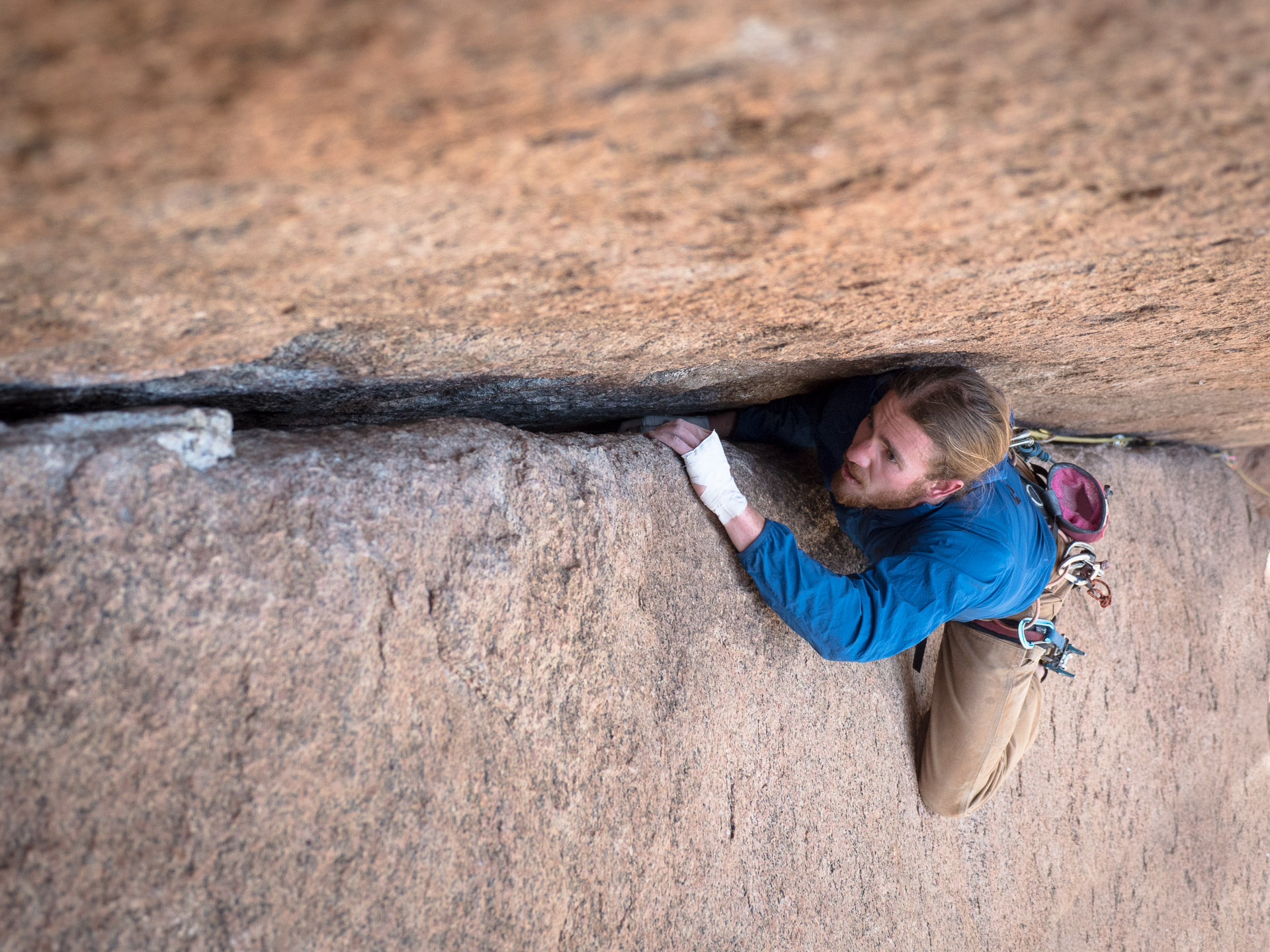 I made two trips to the 'Voo while Laramizing. It's still not my turn to climb, but we keep getting closer. In the meanwhile I'm staying behind the lens and on the jugs.

Ken, KenZ and Stebbins and I went out on a Saturday. I jugged up Friday the 13th after Cam had warmed up on it and creeped on Ken while he came up. 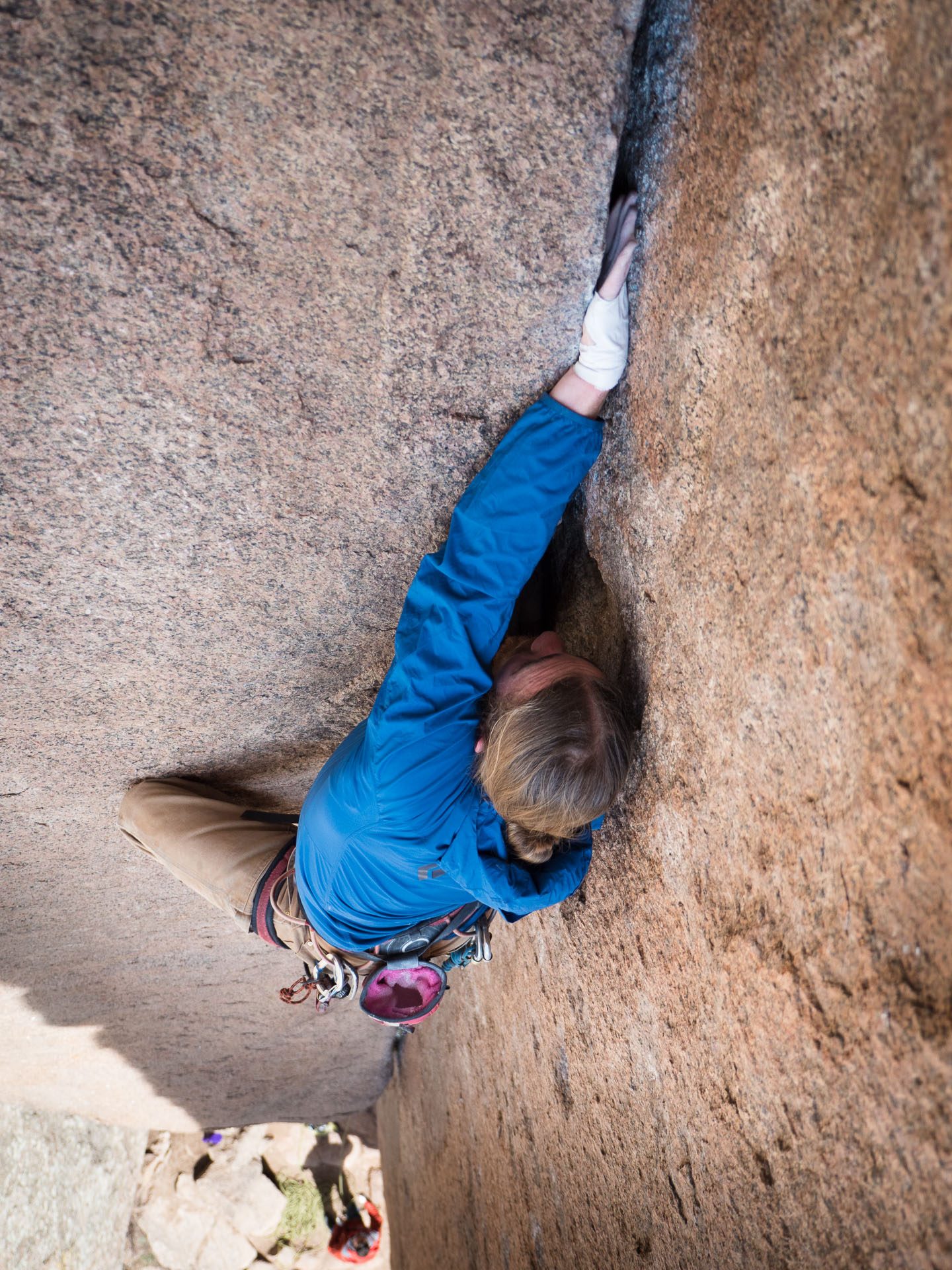 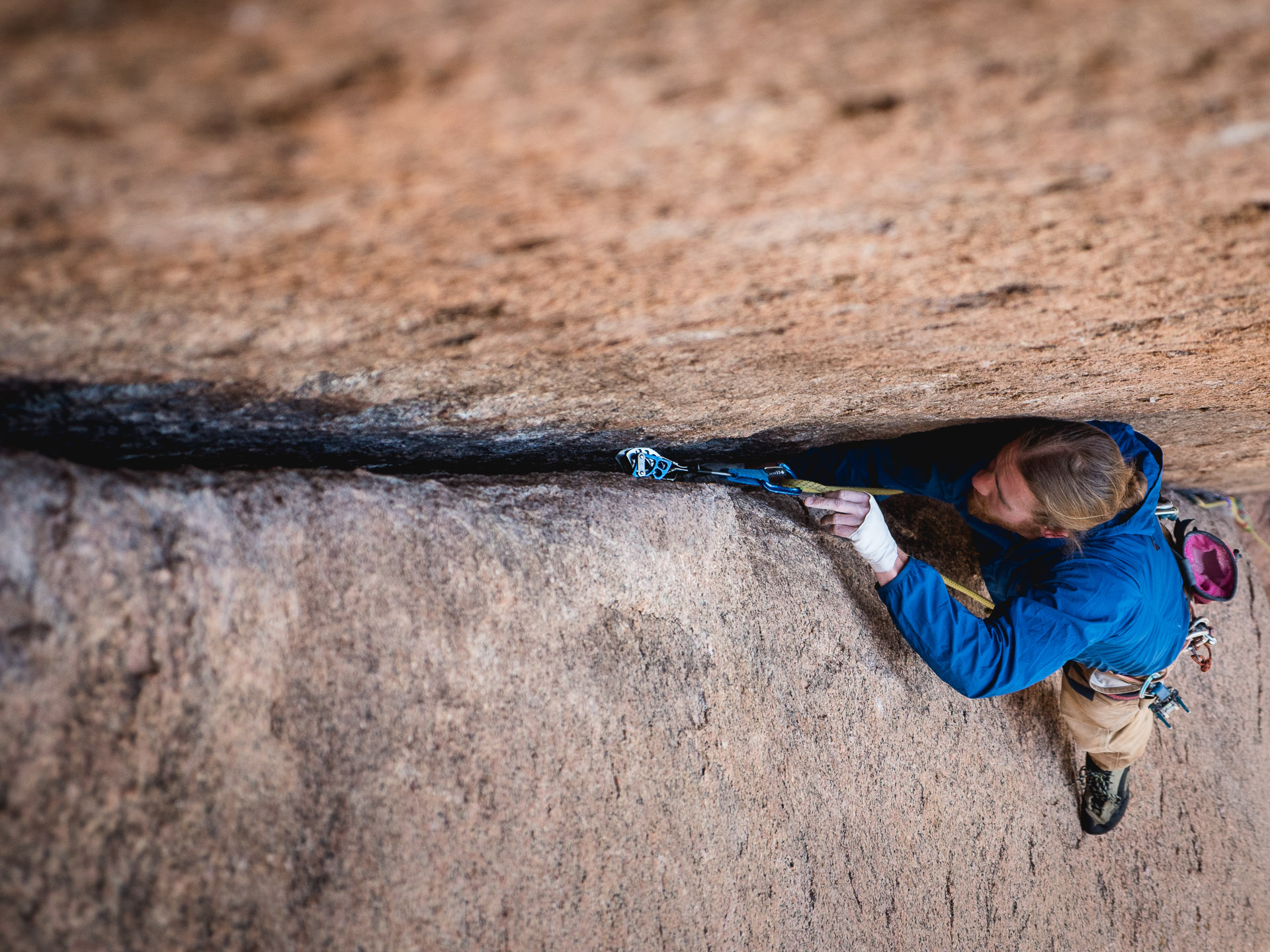 Portrait of a blue 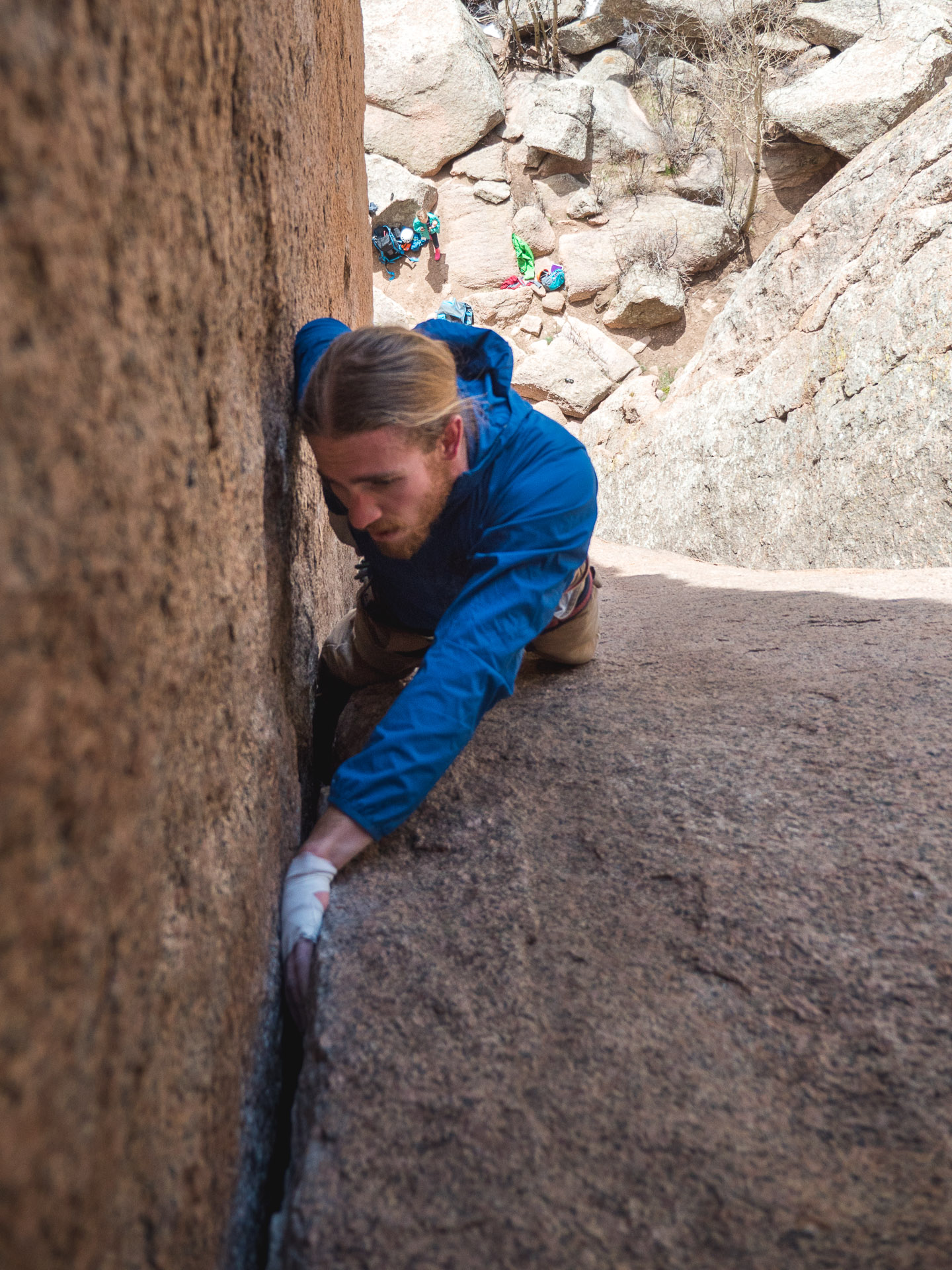 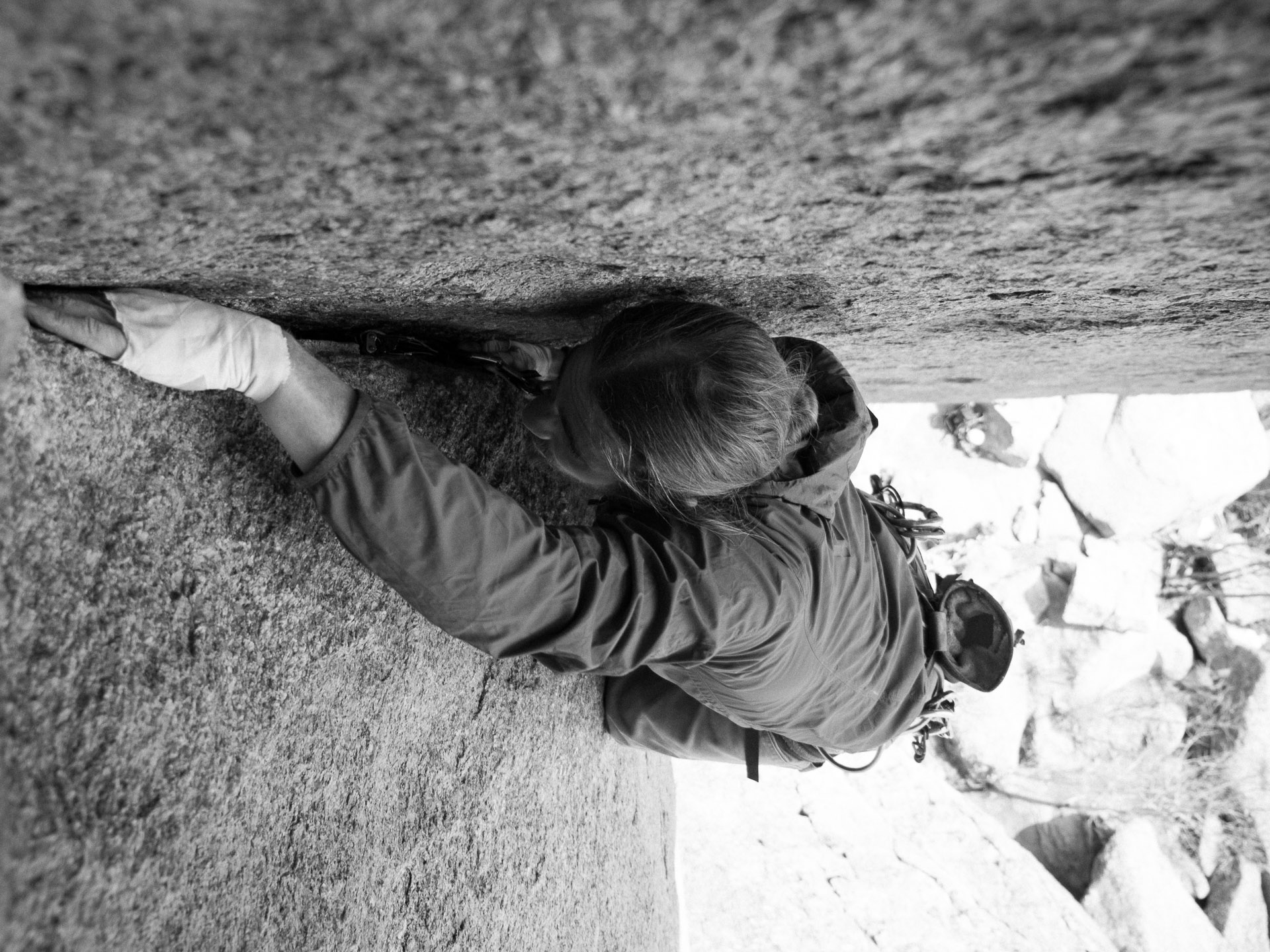 I handed the camera to KenZ when Ken went for his redpoint (flash?) on Hesitation Blues. The next few photos are the result of her genius. 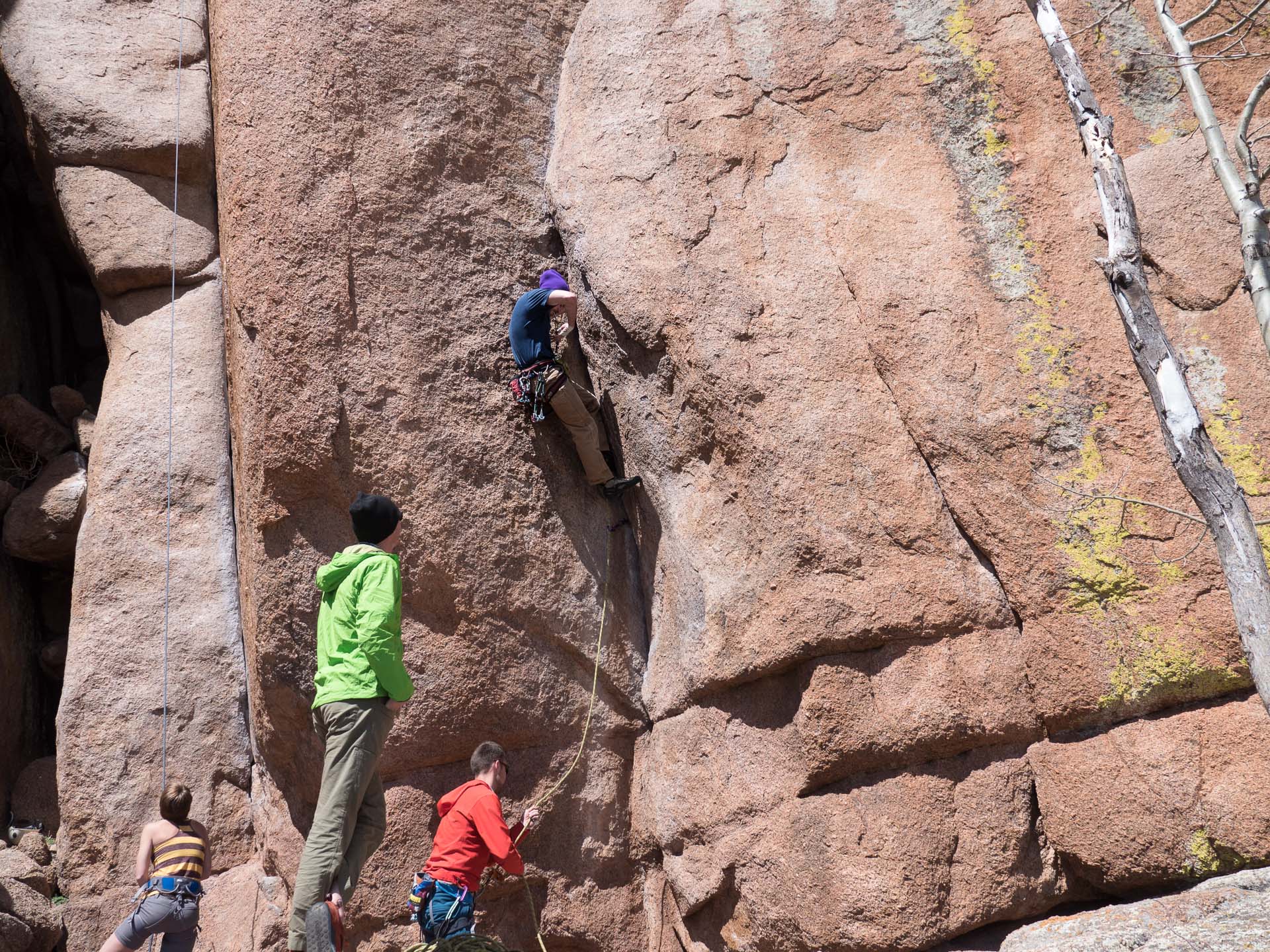 I watch as Stebbins belays Ken 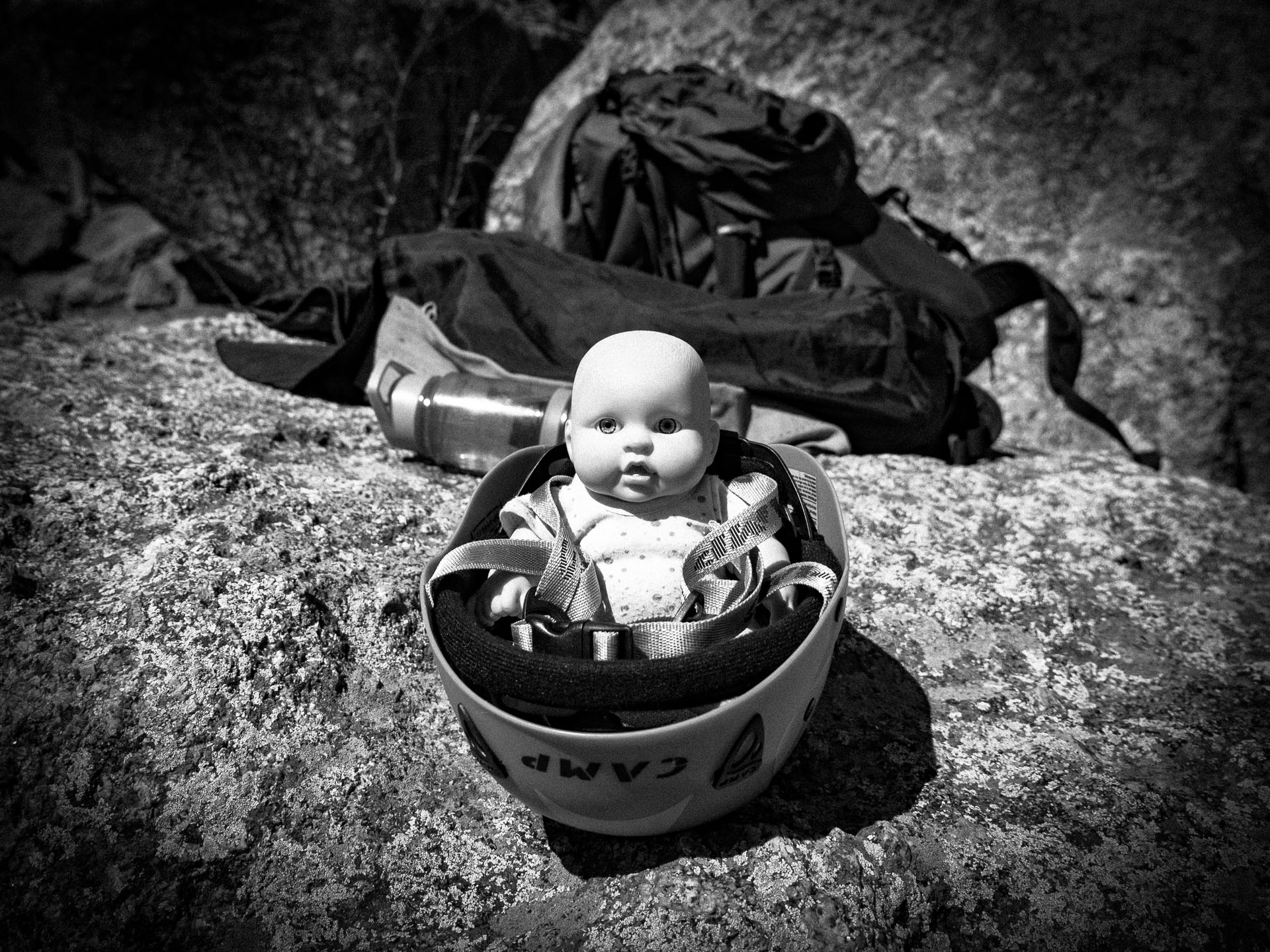 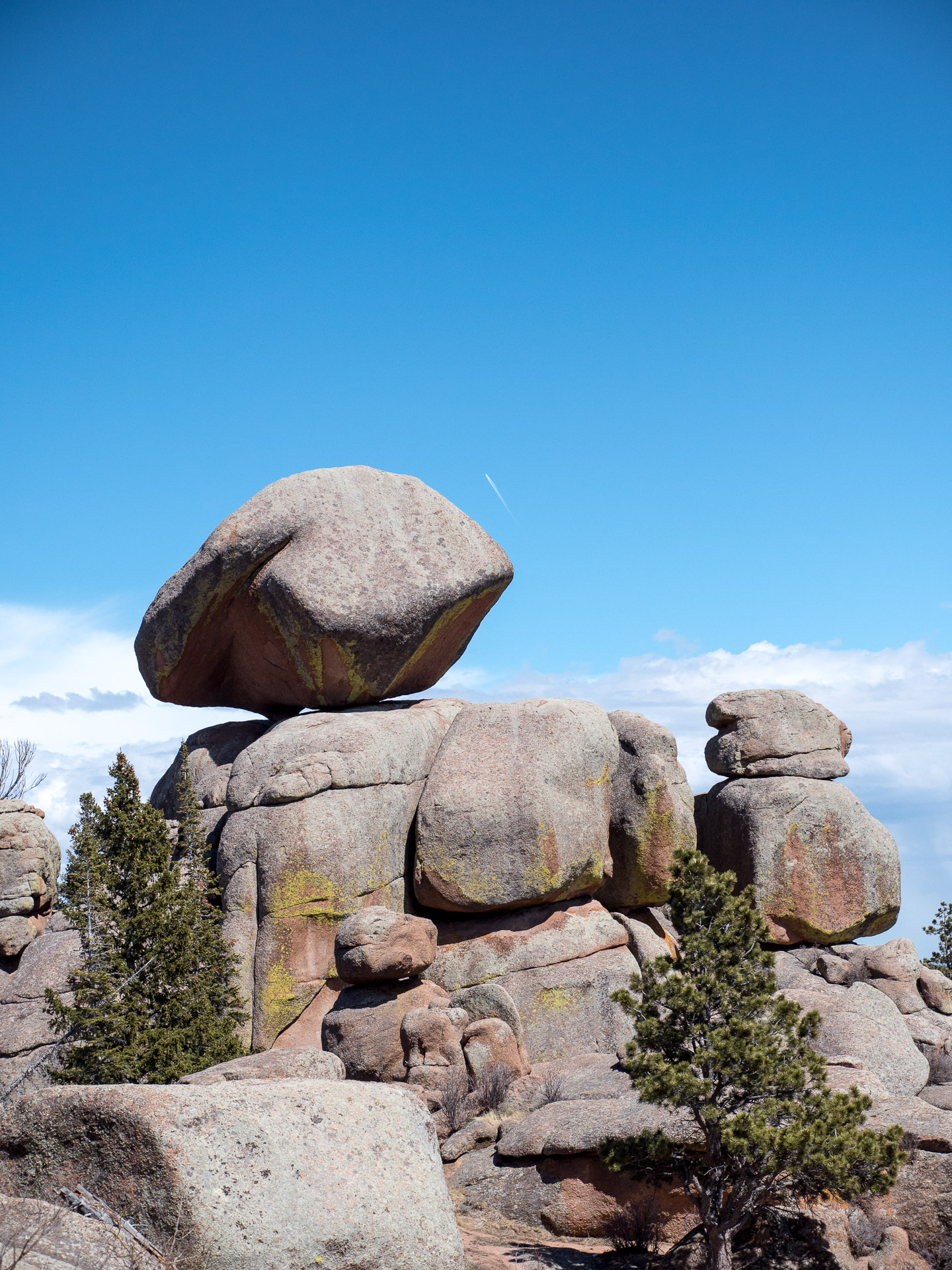 This photo taken by an eight year old

The four of us hiked over to the practice slabs next. I lead the 5.4 in my approach shoes, my first climb in two months, and then watched KenZ utterly smash the toprop. 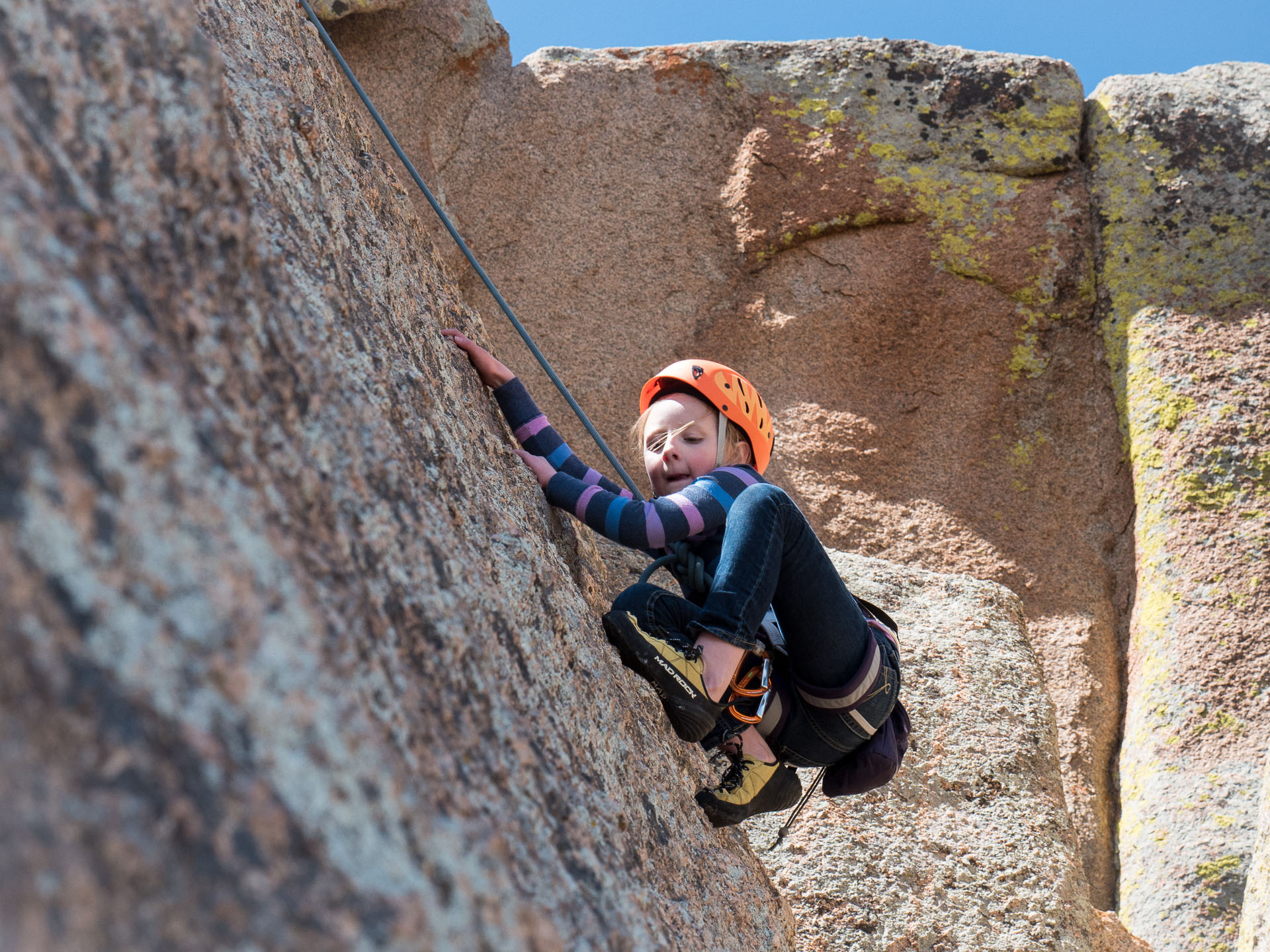 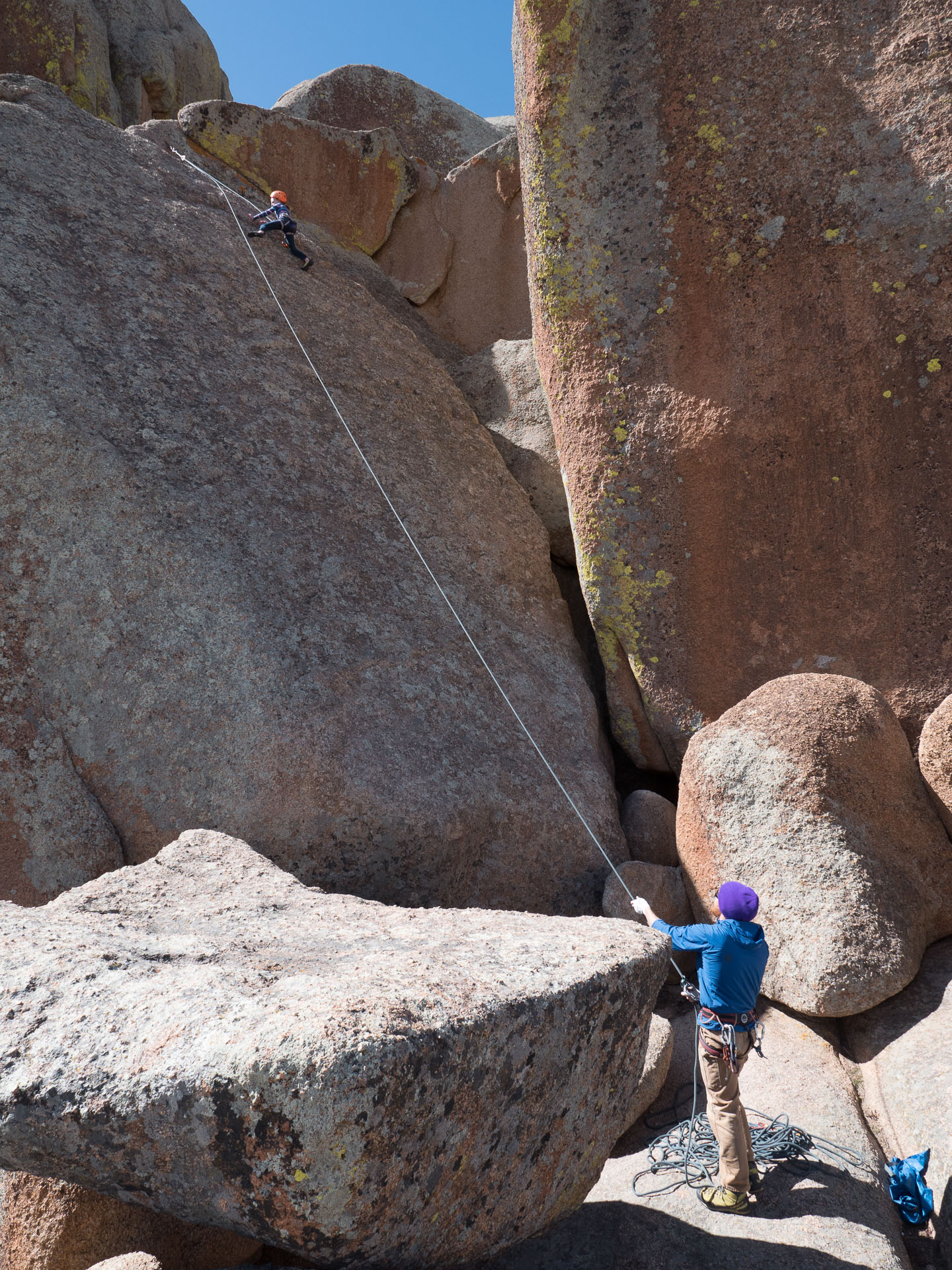 Rob, Stebbins and Malina were up the first pitch of a climb behind Lower Progressive when I found them at Vedauwoo under dubious skies. 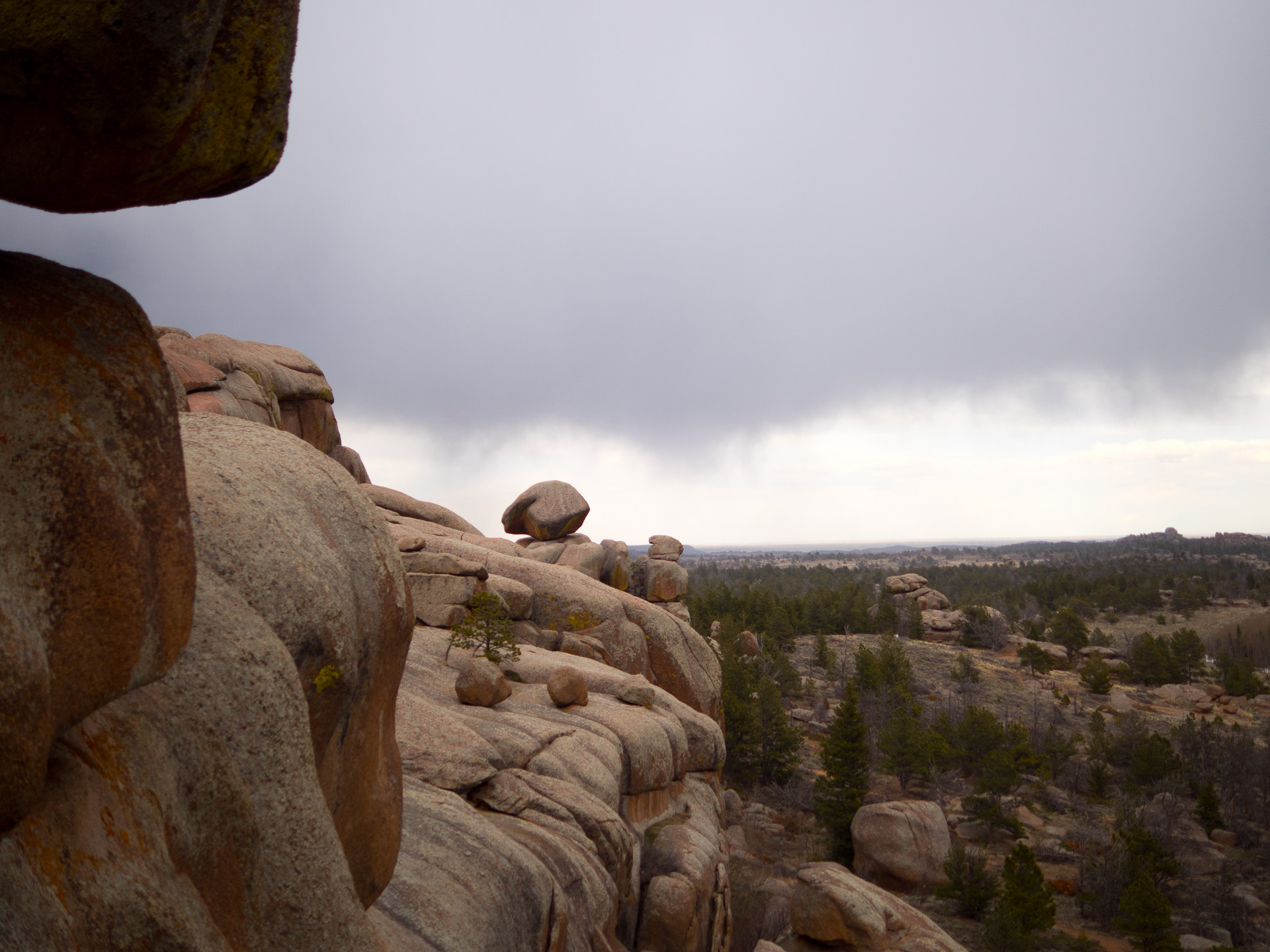 Rob fought the winds as they tried to steal his rope and Stebbins moved the belay under a boulder when the rain came in. 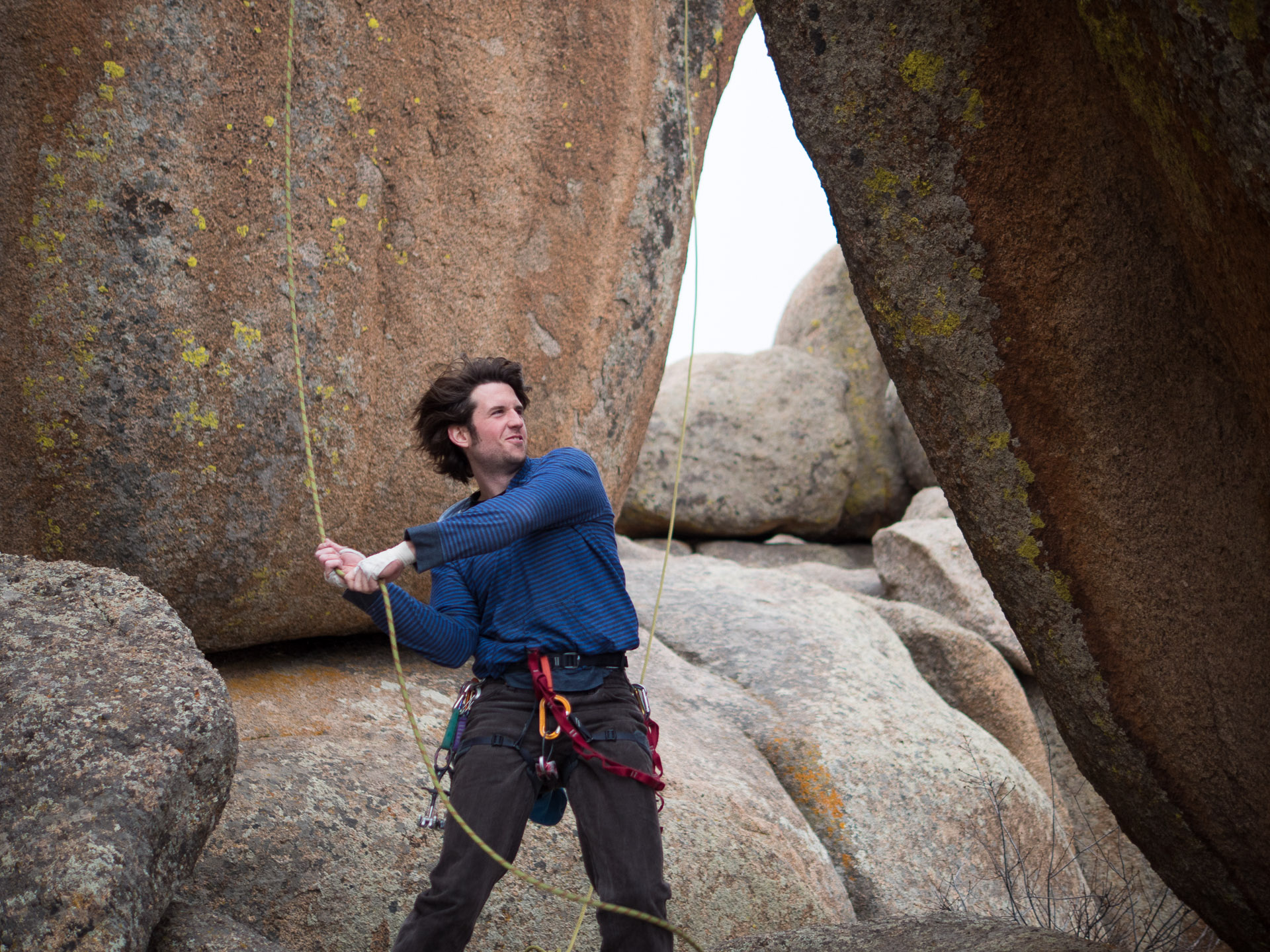 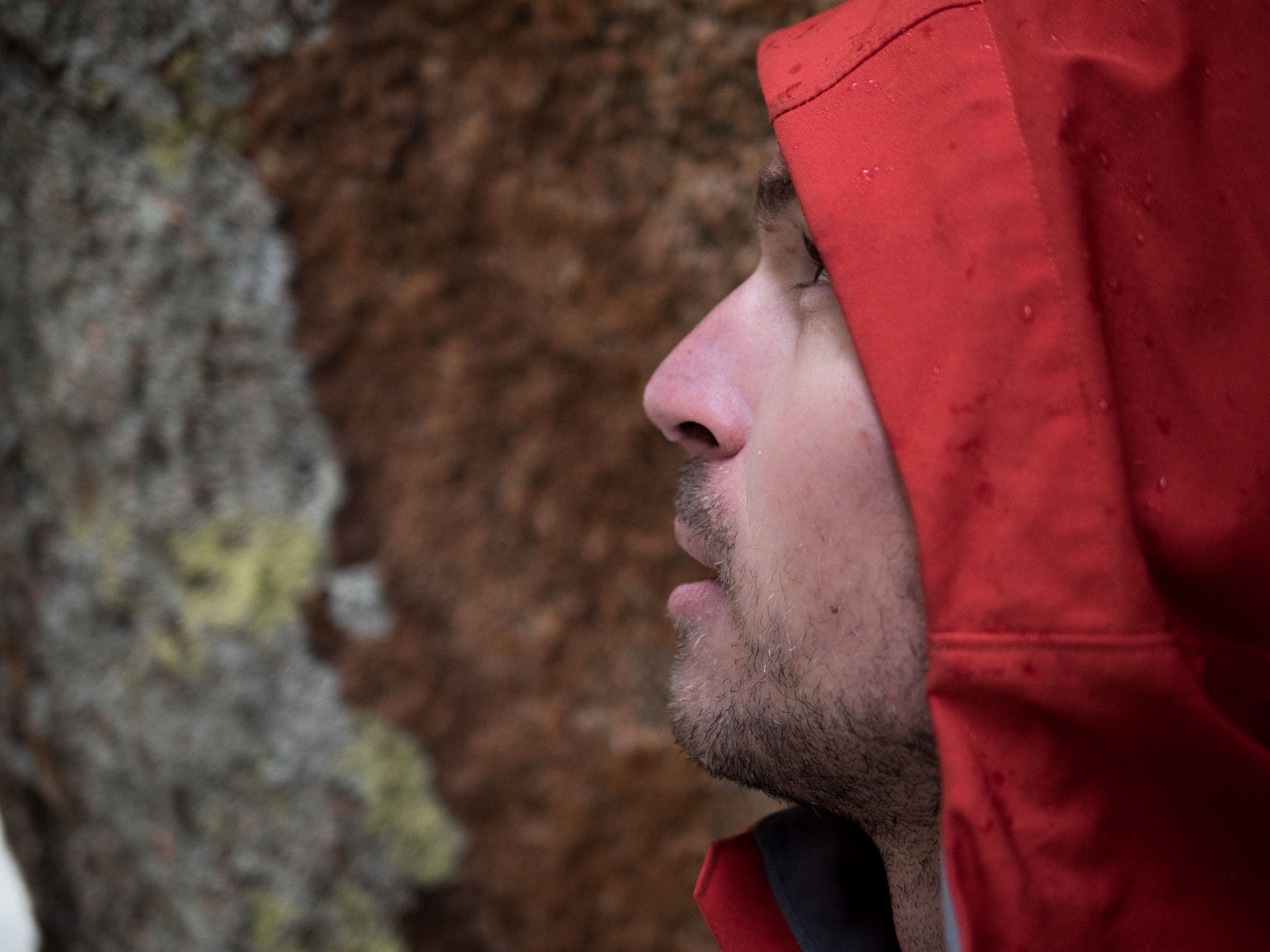 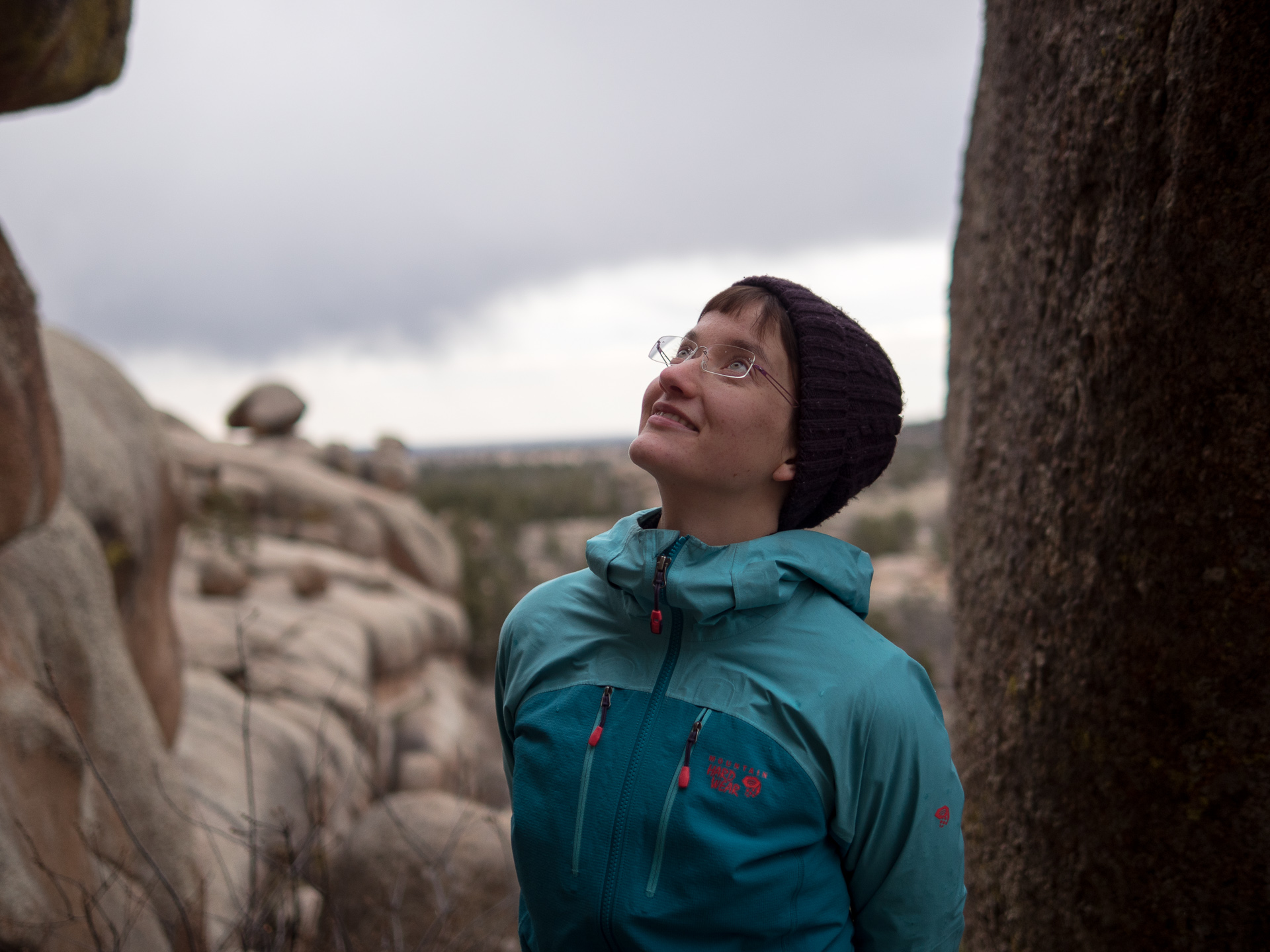 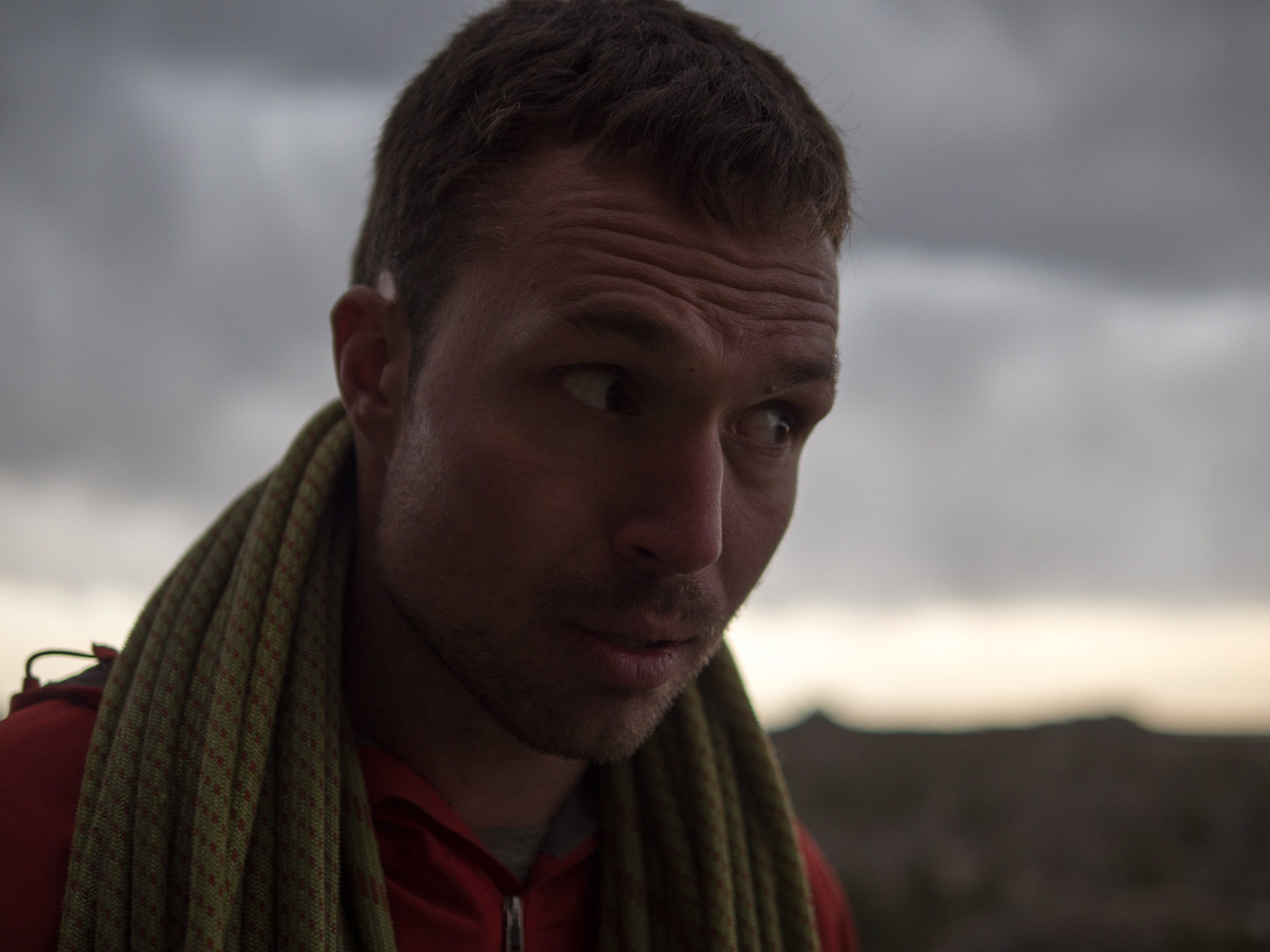 The sun got down and I got out.