Disa and I were overjoyed to see a Mr. Meyer's blue Honda CRV pull into the Chuckwalla Parking Lot north of St. George, Utah. We had last seen Dave at Limekiln, where he had split off from us to go climb with another friend in Zion while Disa and I hung out with Darren back in Vegas.

We three went to sleep with the sounds of the highway running nearby and the lights of the town laid out below us.

In the morning I pulled my bike out of the van and went into town to work while my companions played at Chuckwalla Wall. 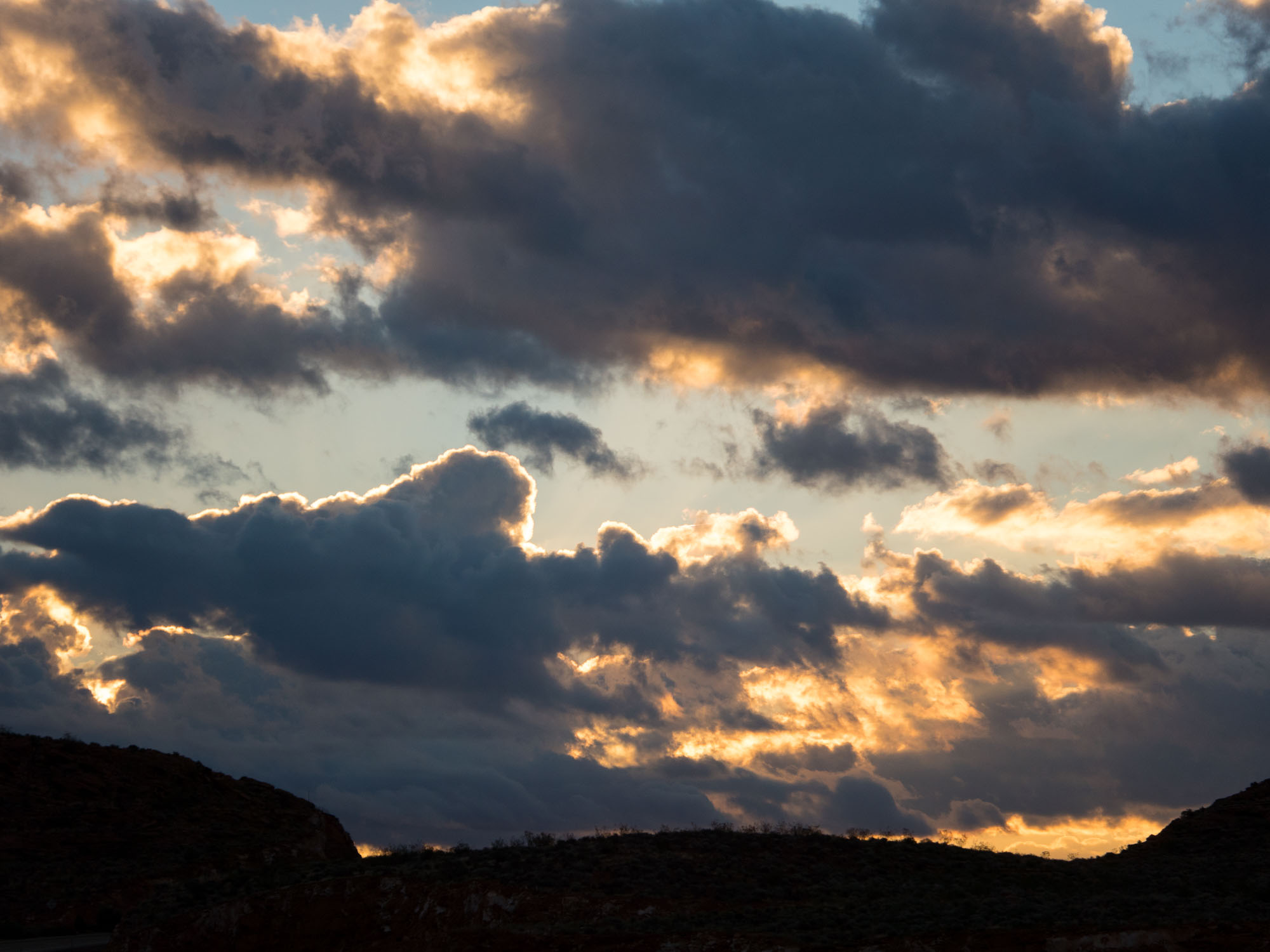 Code written and photos edited I booked it back up the hill just in time to force Dave into taking whippers in the sunset for me. 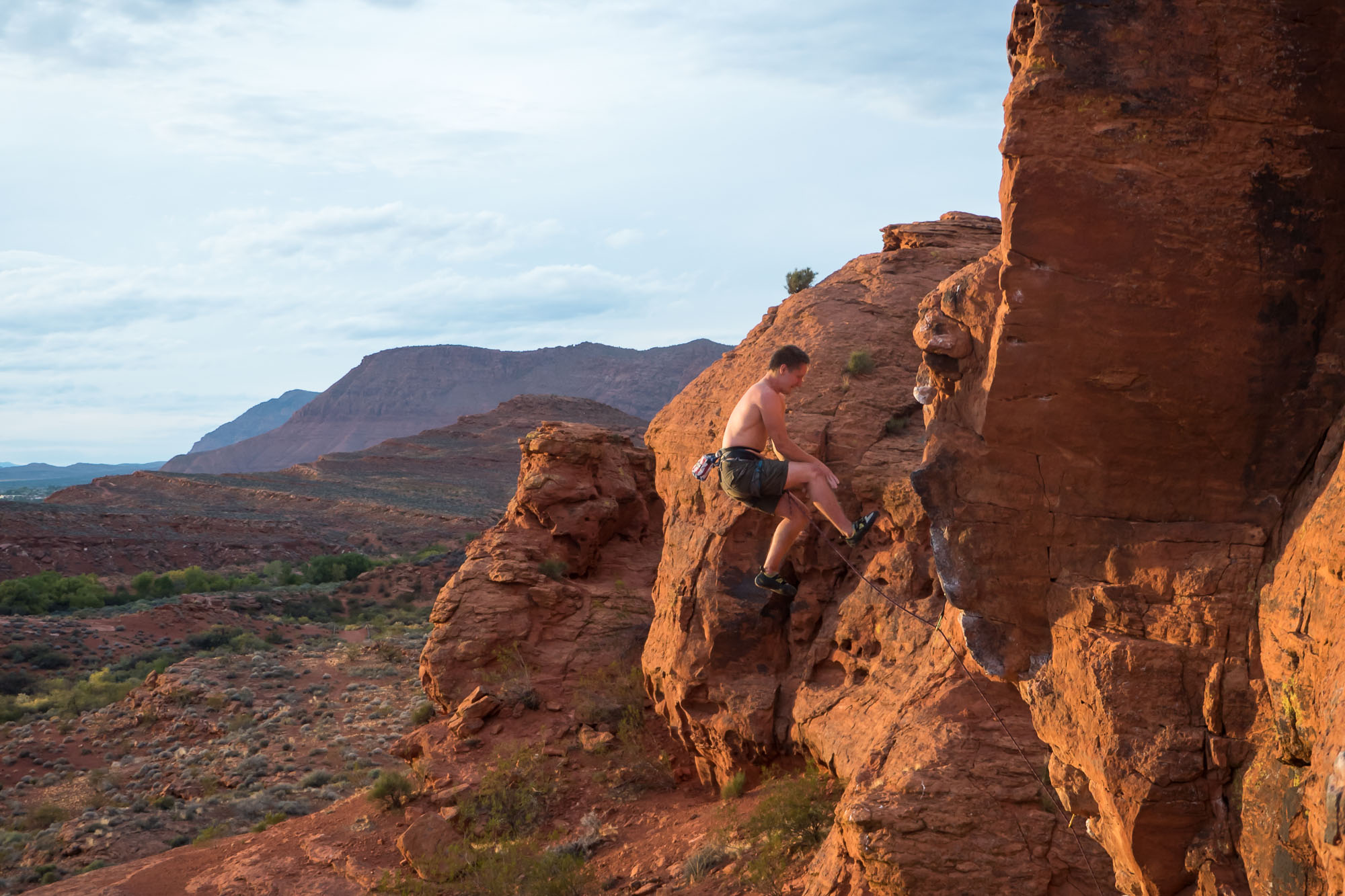 After another night's release, another morning dawned. This time Disa rested while Dave and I did the climbing. 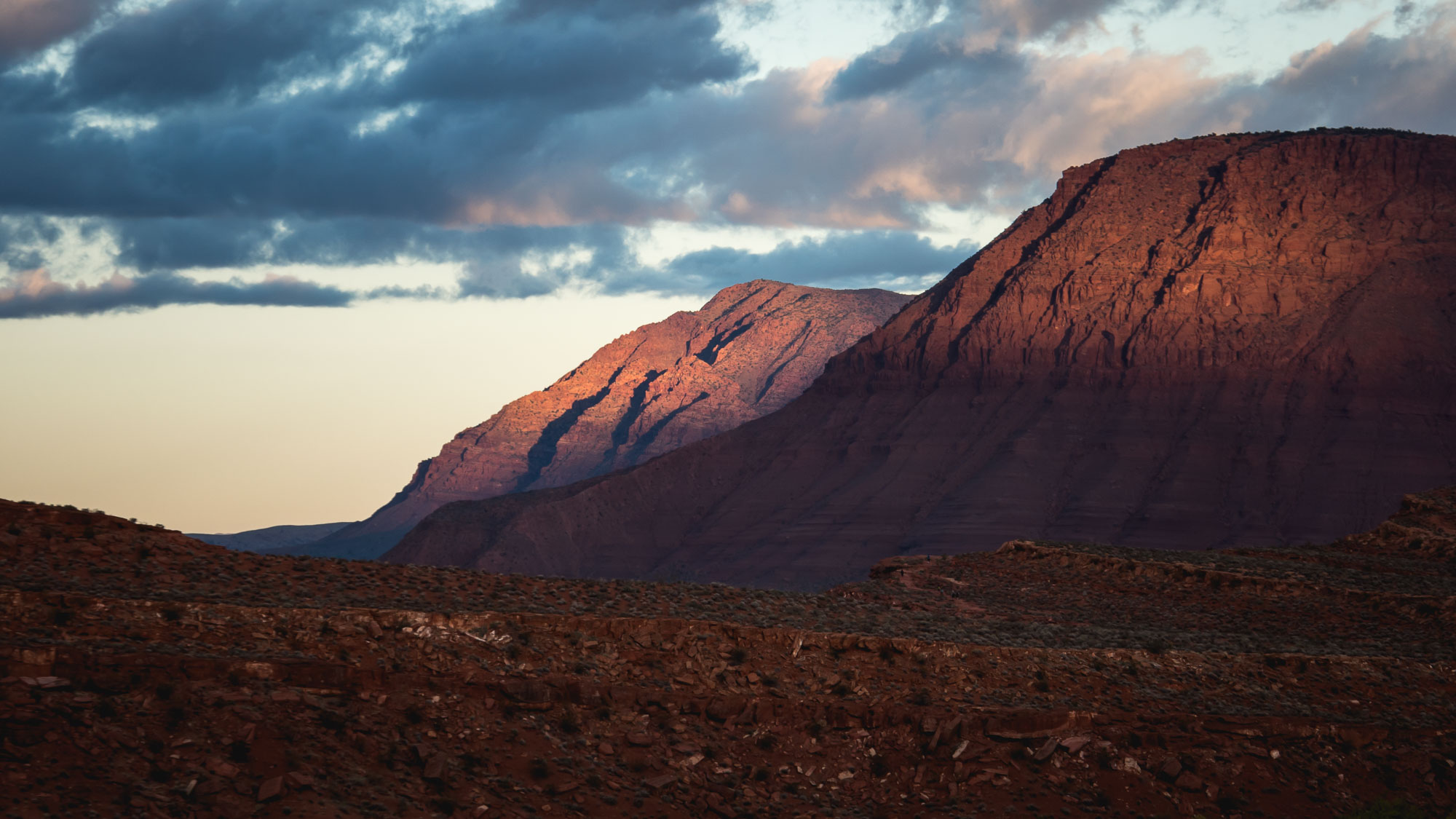 We started on Chuckwalla again, a two minute walk from where our cars were parked. The wall is a chalked-up, grid-bolted outdoor gym with overhanging slopers that brought the pump. There was a lot of dead-pointing going on that morning.

After only two climbs we stepped back to the trail and walked a mile to Turtle Wall, looking to break away from crowds as well as climb what looked to be some outrageously steep lines. 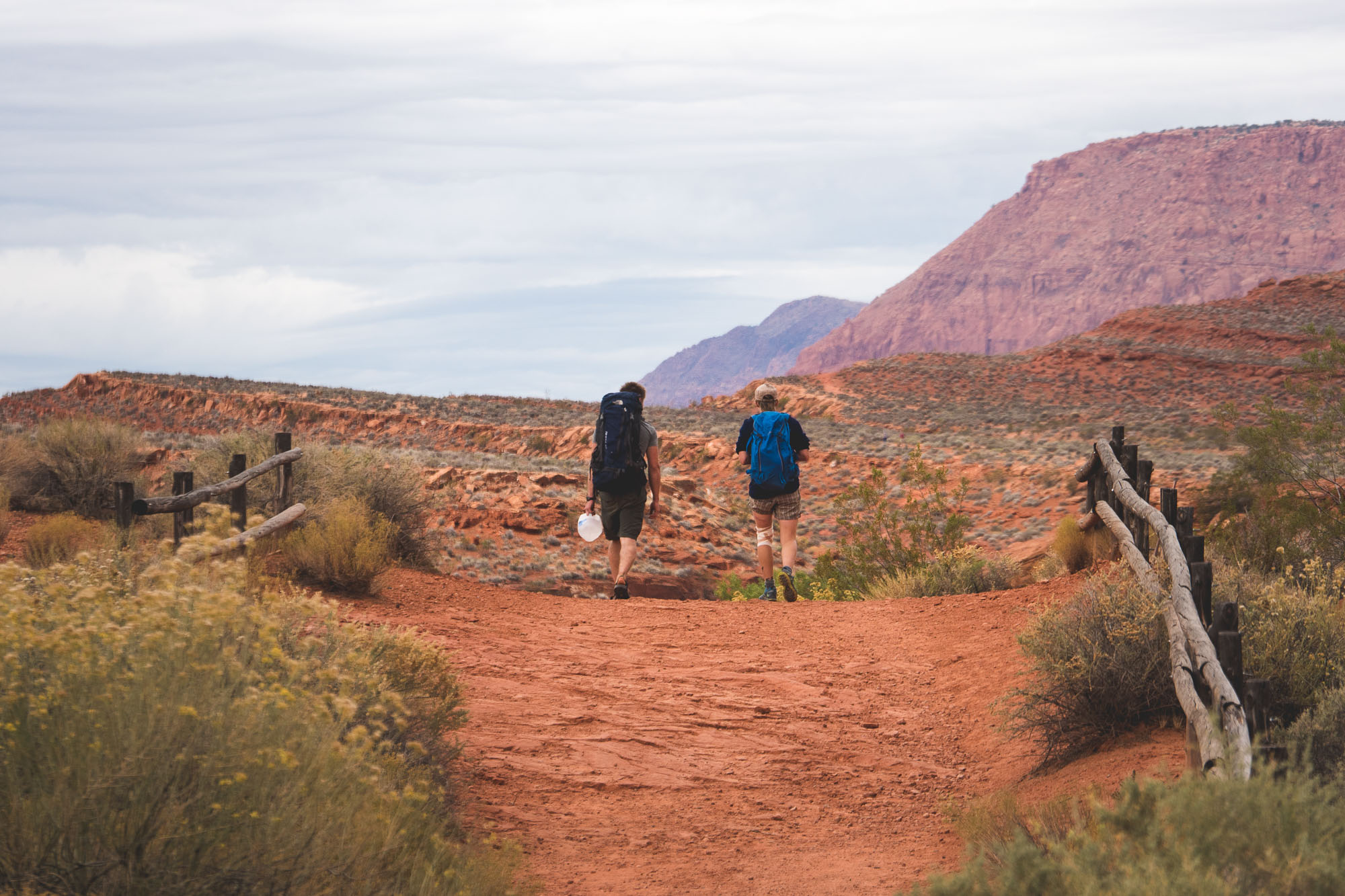 The guidebook, to put it mildly, did not deceive.

Turtle Wall is an arch that's still forming. At its very top there's a small four foot gap that you can jump across, if you feel so inclined. Both sides of the arch sport lines that climb under, around, and then up its erosion-sculpted geometries. 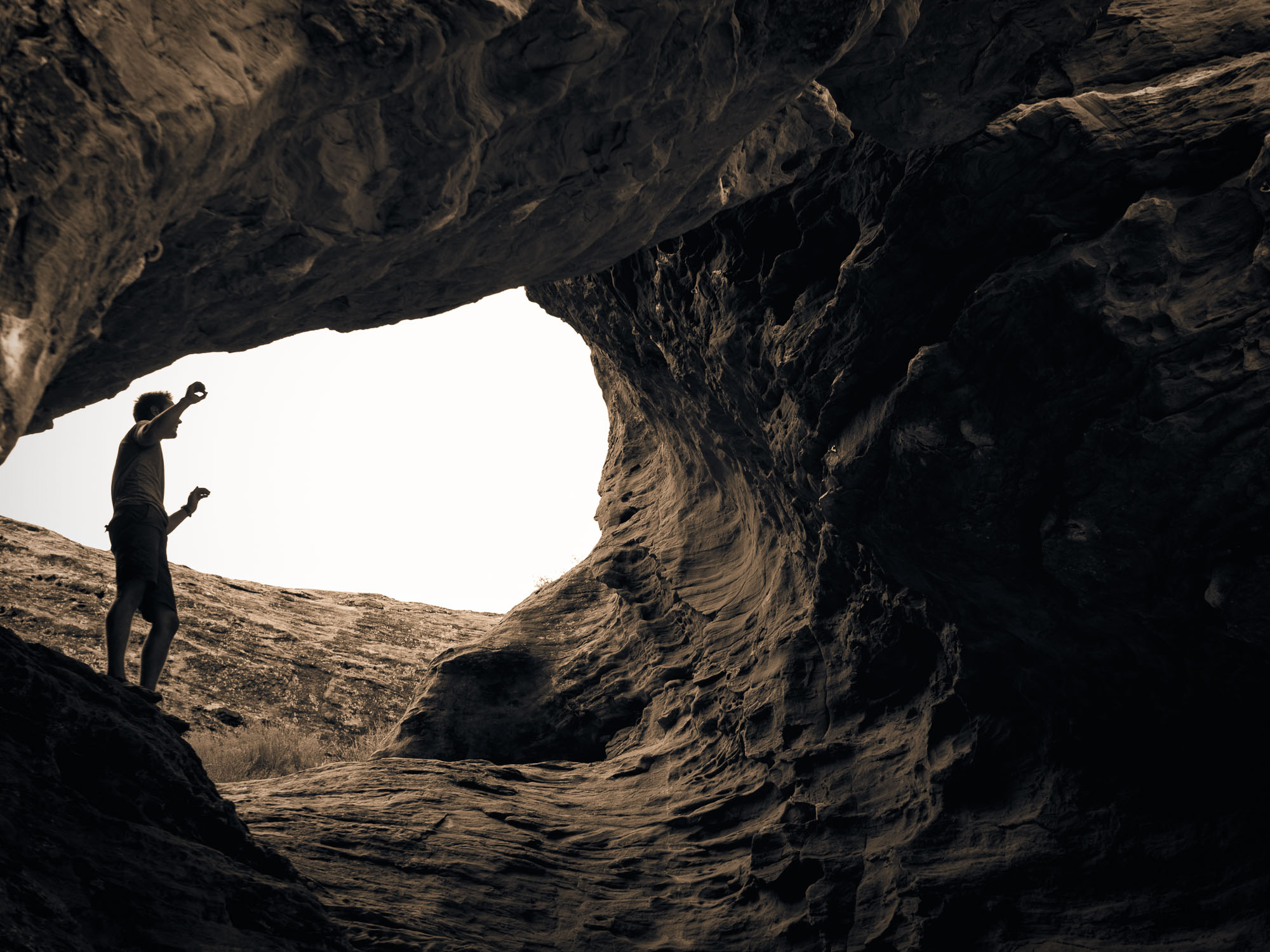 We started on the right side. Disa was kind enough to belay on her rest day, freeing me to shoot Dave as he onsighted Banana Dance, 11d. 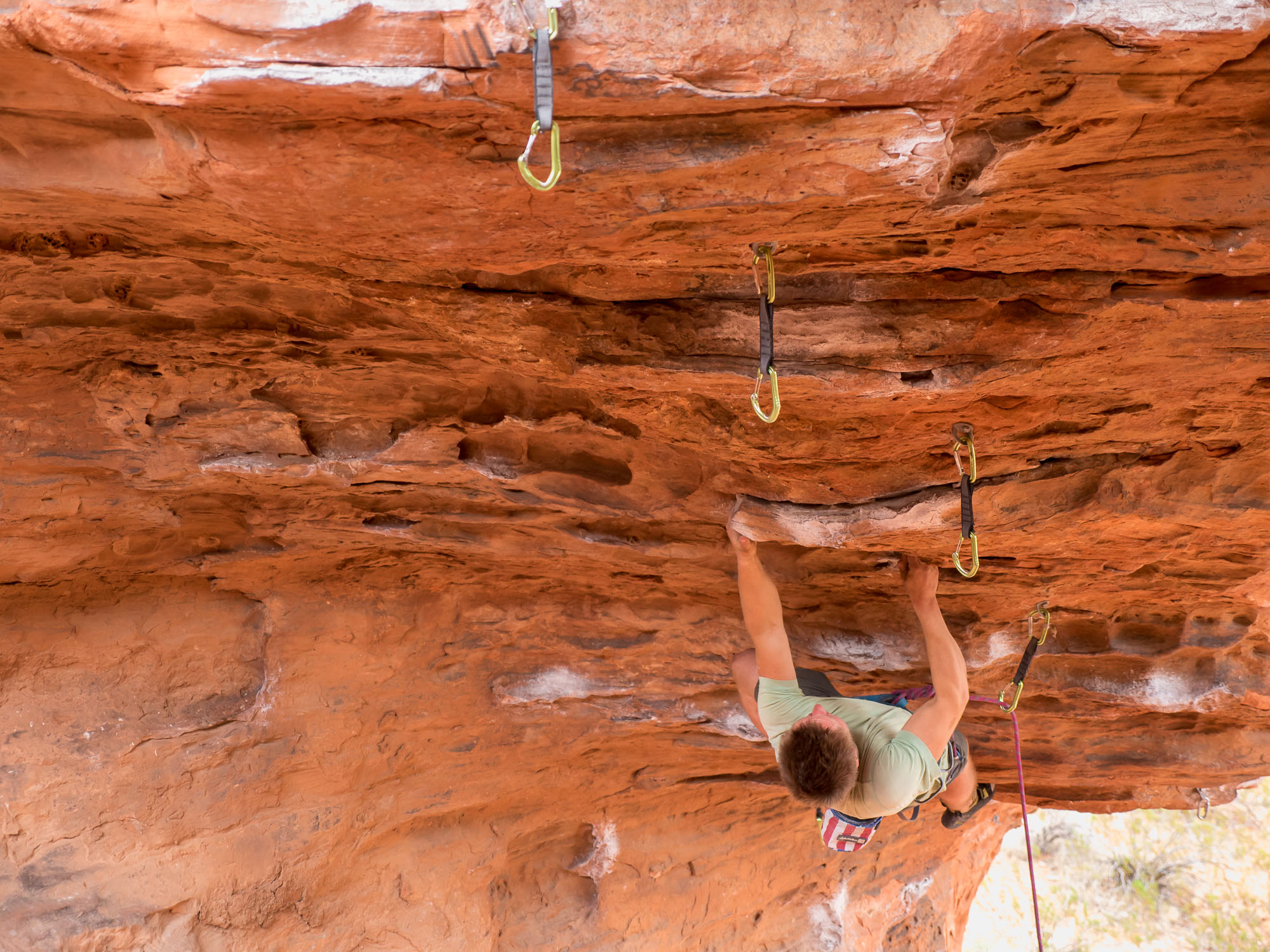 I - classically - Enlowed the anchor on my flash attempt.

Let me tell you something about climbing a forming arch: as the climb scoops upwards, the ground moves up with it. You're really never farther from the ground than you are when you start, even though you've moved thirty feet vertically. 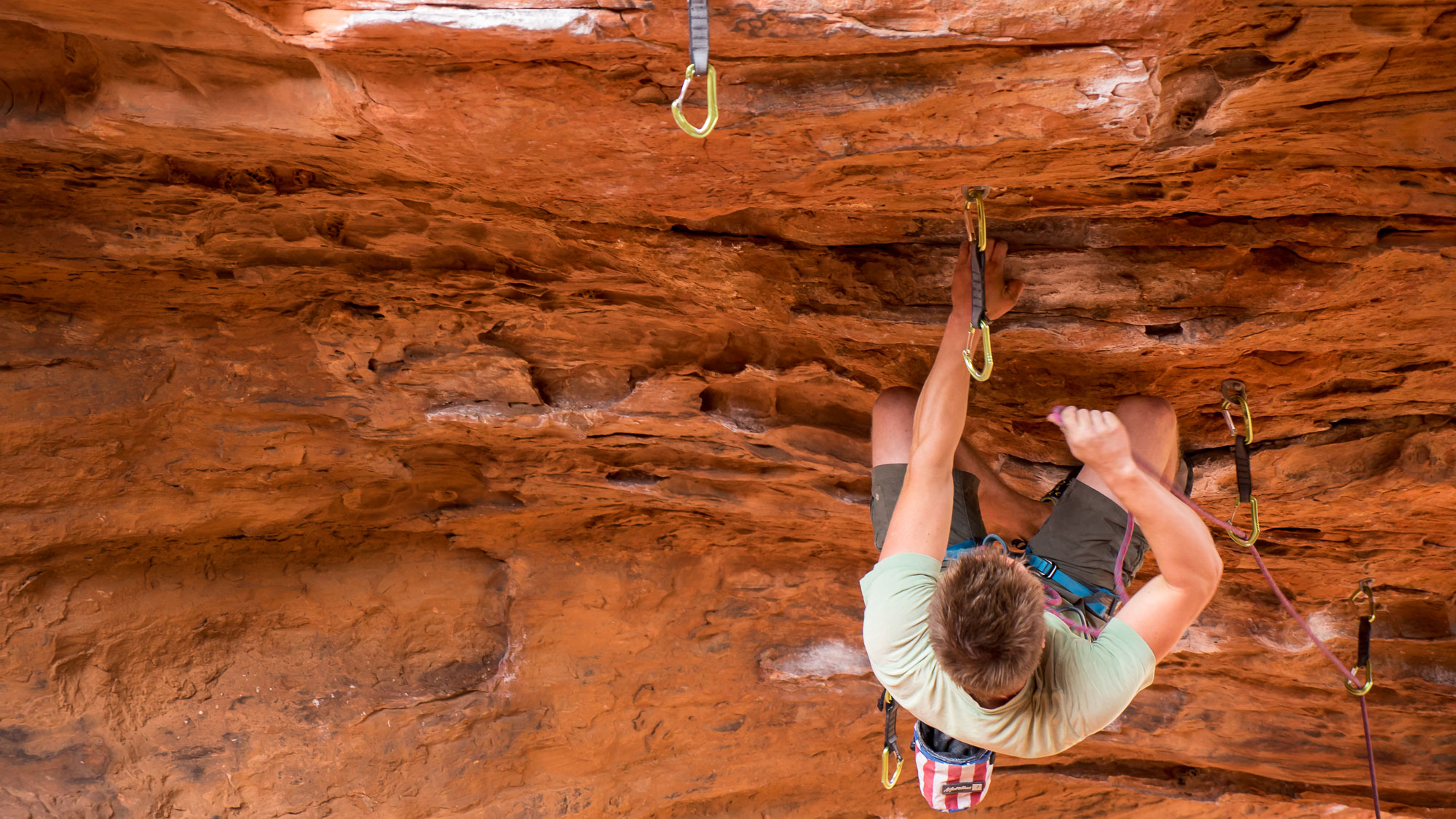 "Thank god you called out 'falling'," Dave told me, "I pulled in an entire arm's length of slack." 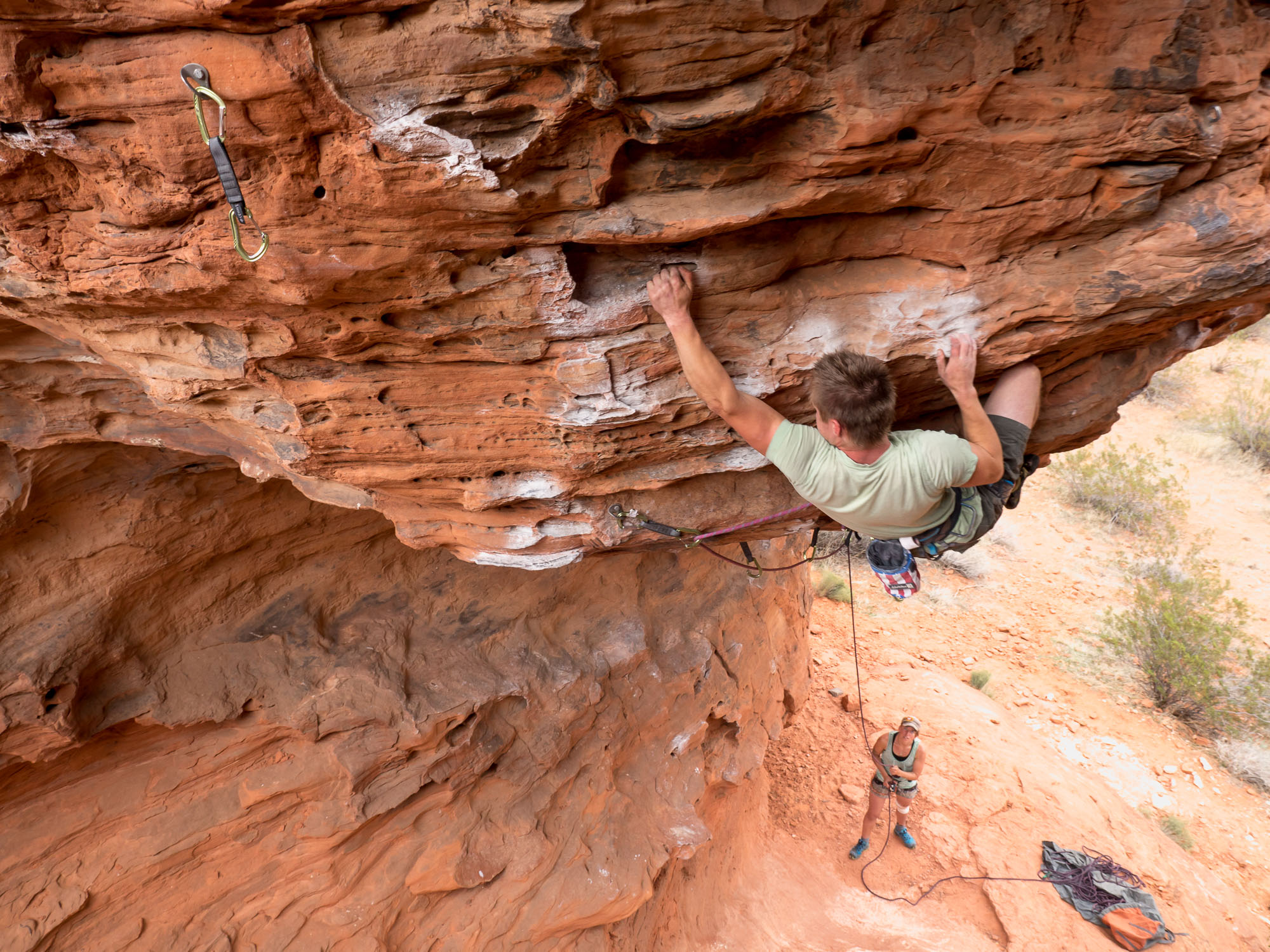 "You should have seen how close your tailbone just came to the ground," Disa added. 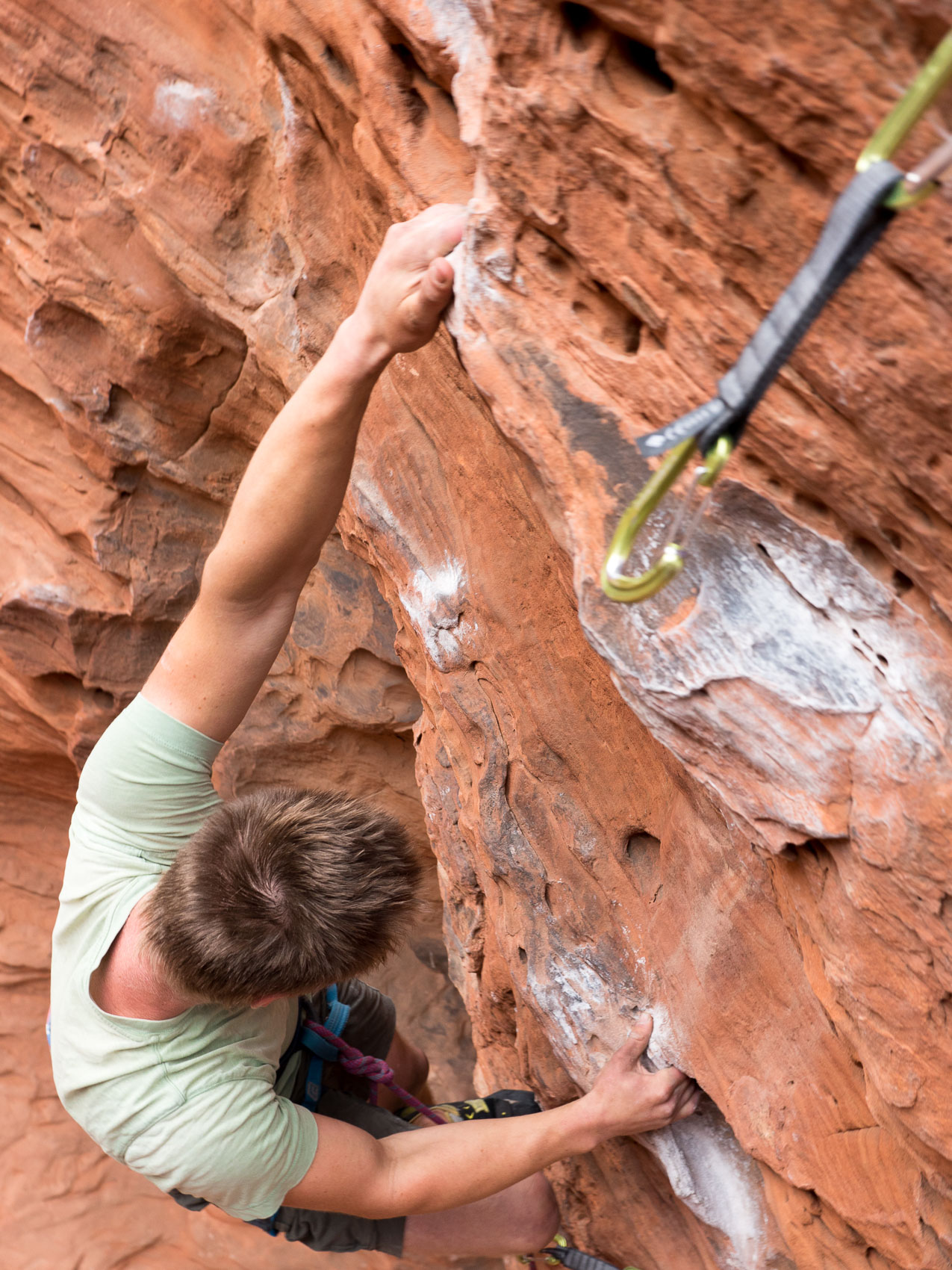 I went for the redpoint, but this time blew it early. My head was focused on the final moves rather than the ones I was doing in the moment. I may have put in one more short burn before properly executing movement that brought me to the chains. There, pumped from my multiple goes on Banana Dance as well as the 12 we had played on back at Chuckwalla, I found myself focusing on the consequences of blowing the anchor clip with the rope out. Psyched out, I called it quits and took another anchor-in-your-face fall and called it good for the day.

Meanwhile Dave put up Pinching Bird Shit, 11c, on the other side of the arch. 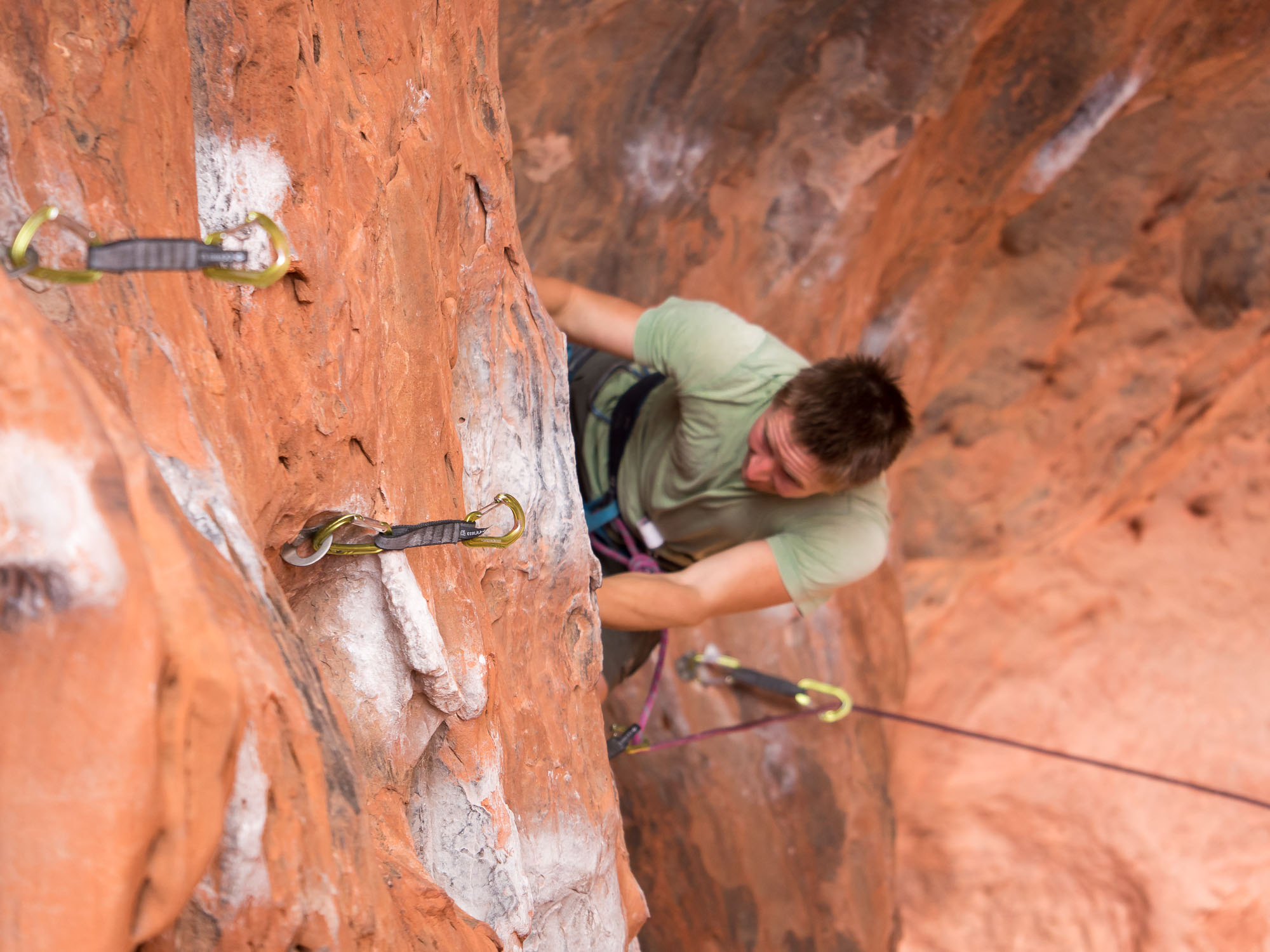 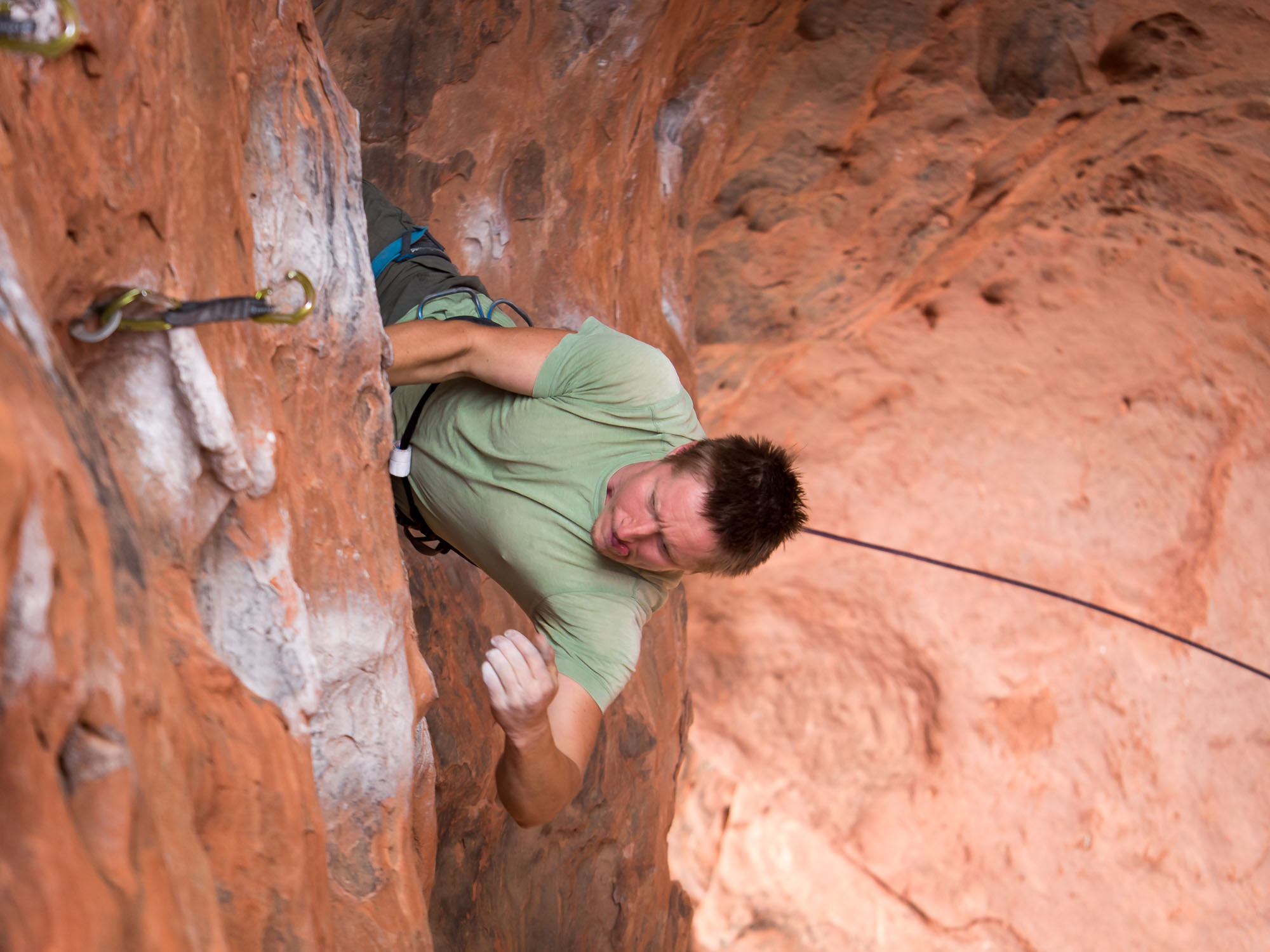 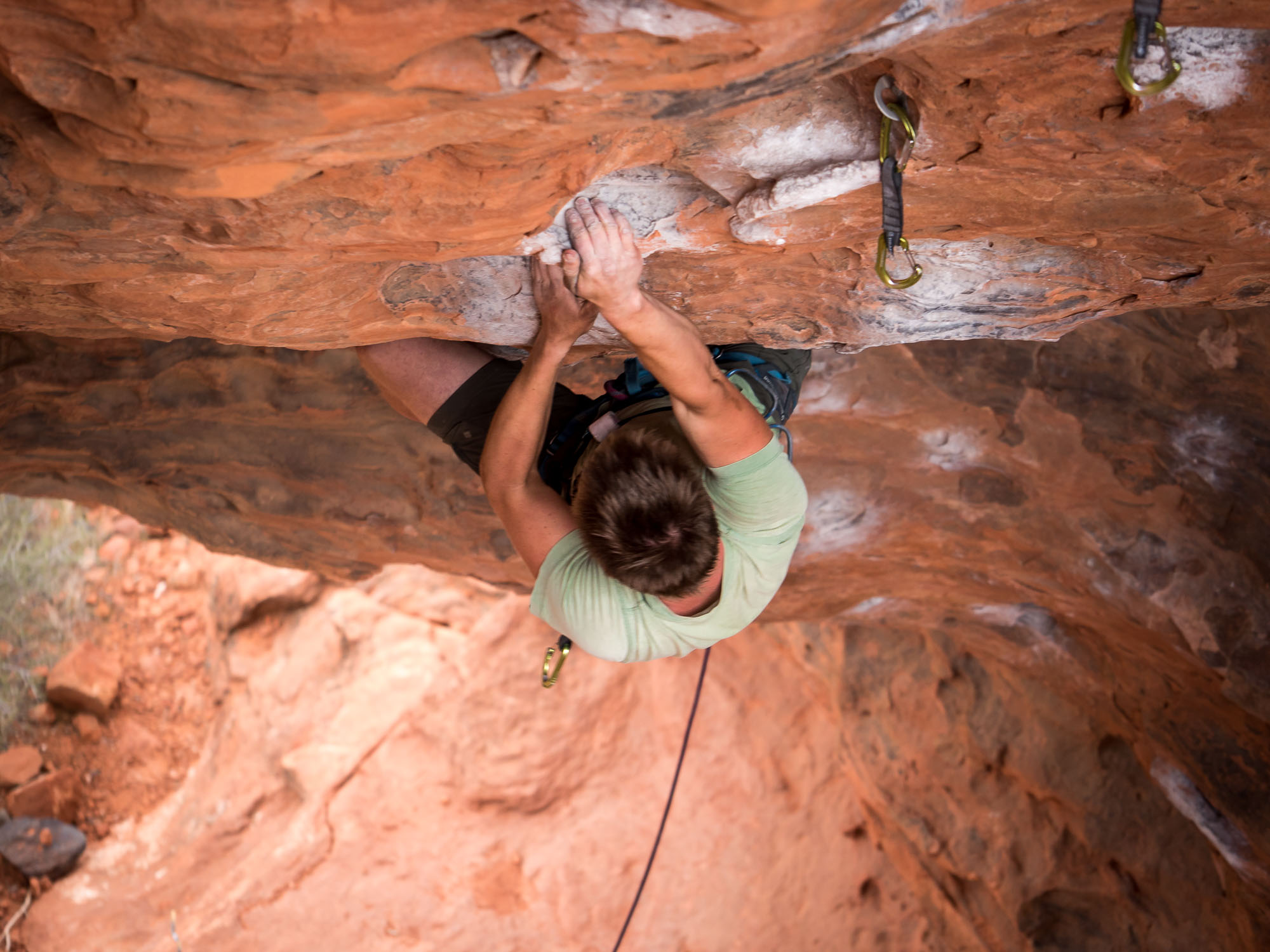 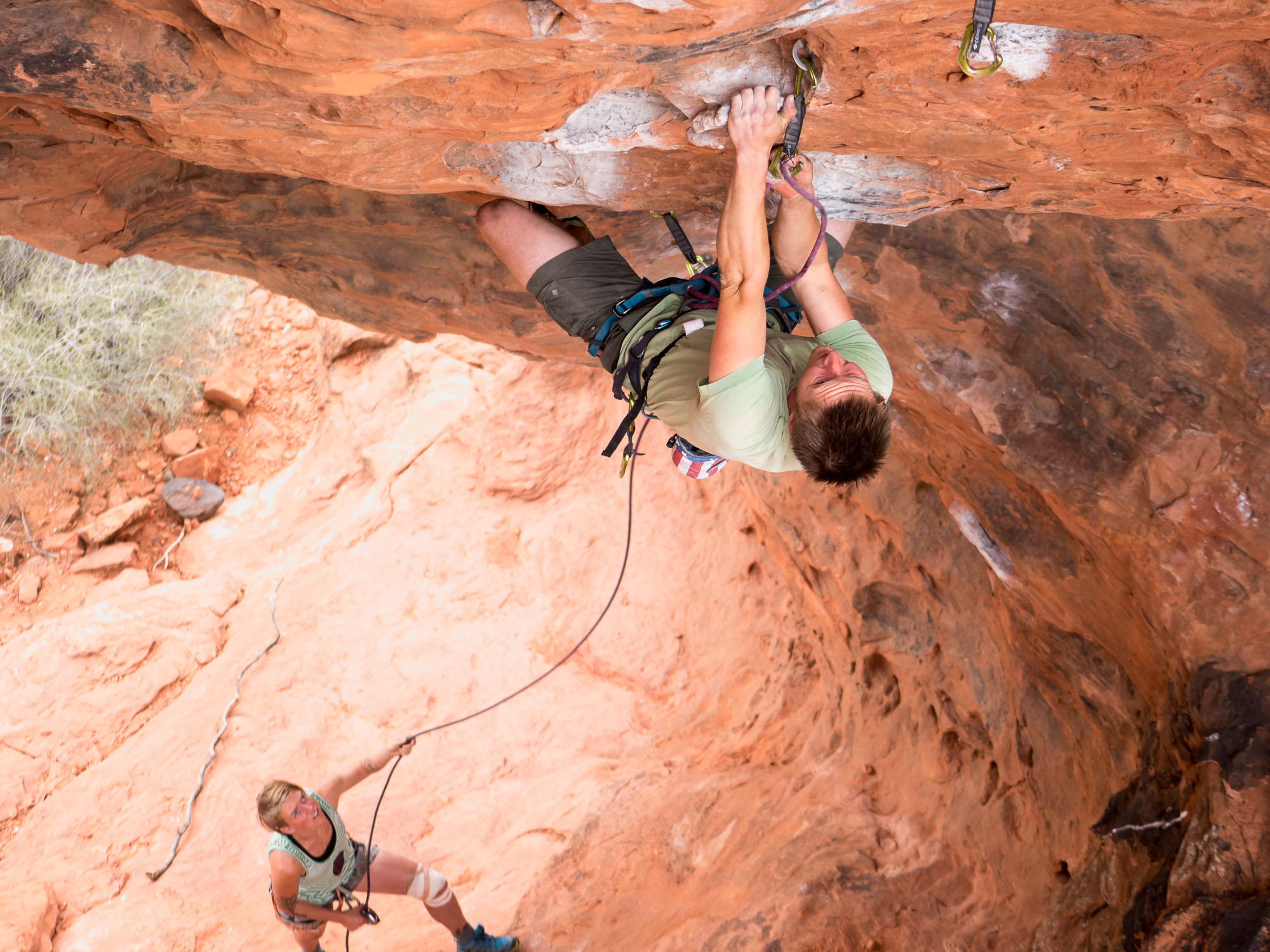 I challenged myself to toprope the same route in my approach shoes. 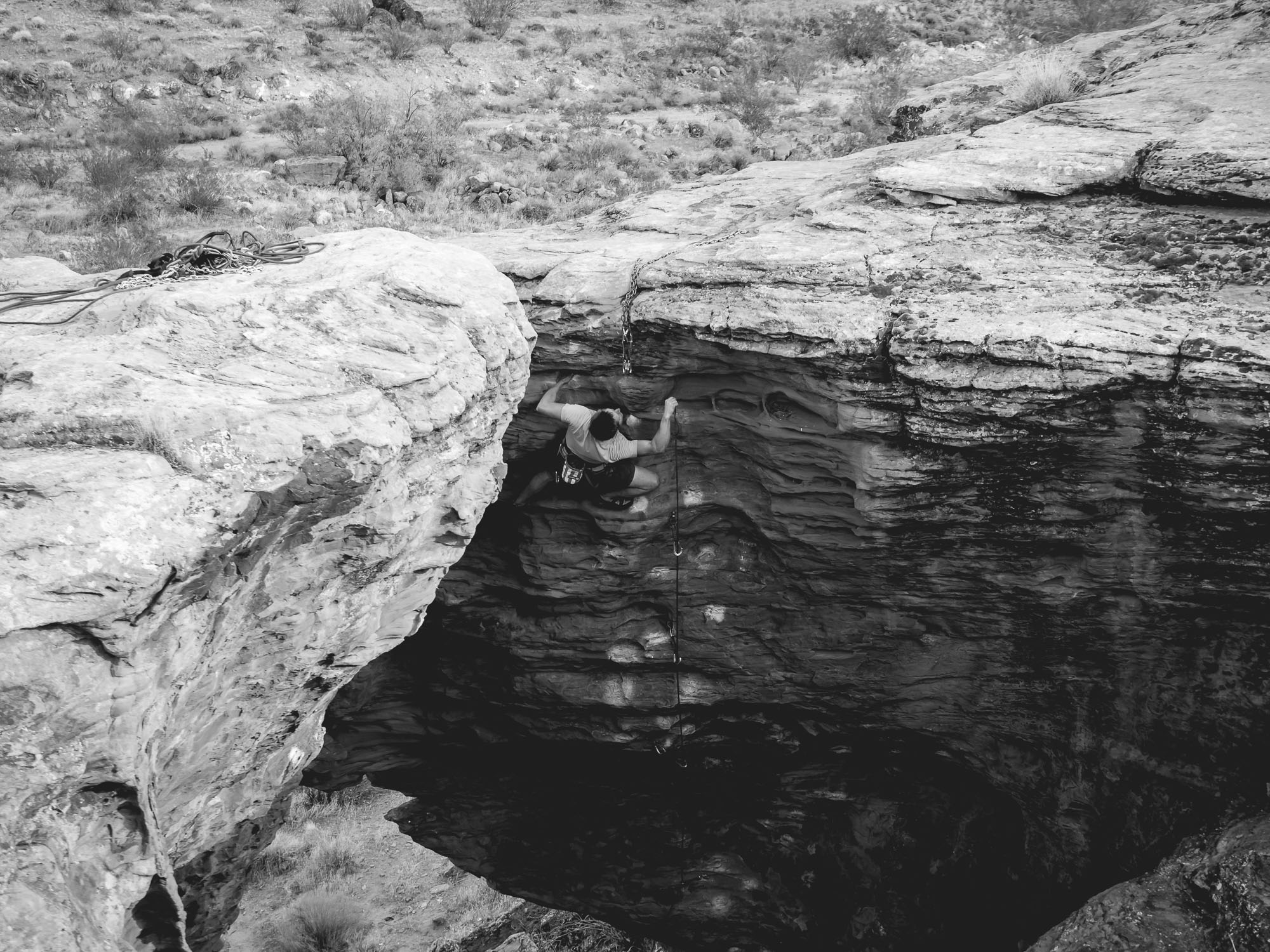 We ended the day with our forearms throbbing. Dave had broken himself by climbing damn-near every route on Chuckwalla the previous day followed by repeats in the morning and the mega-pumps at Turtle.

At the end of it all, he could hardly hold himself up. 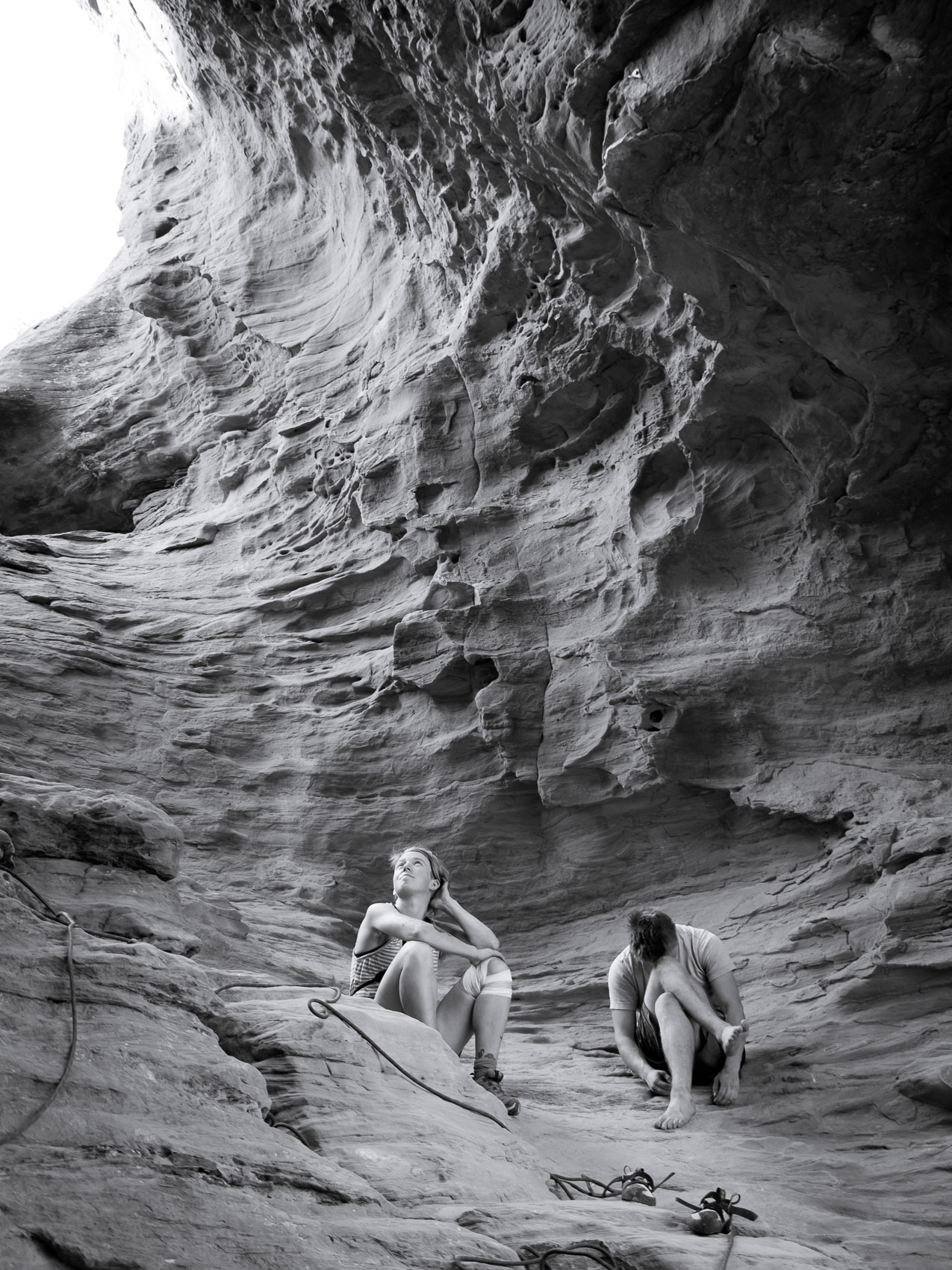 He could, however, still manage a smile. We'd had ourselves a helluva day. 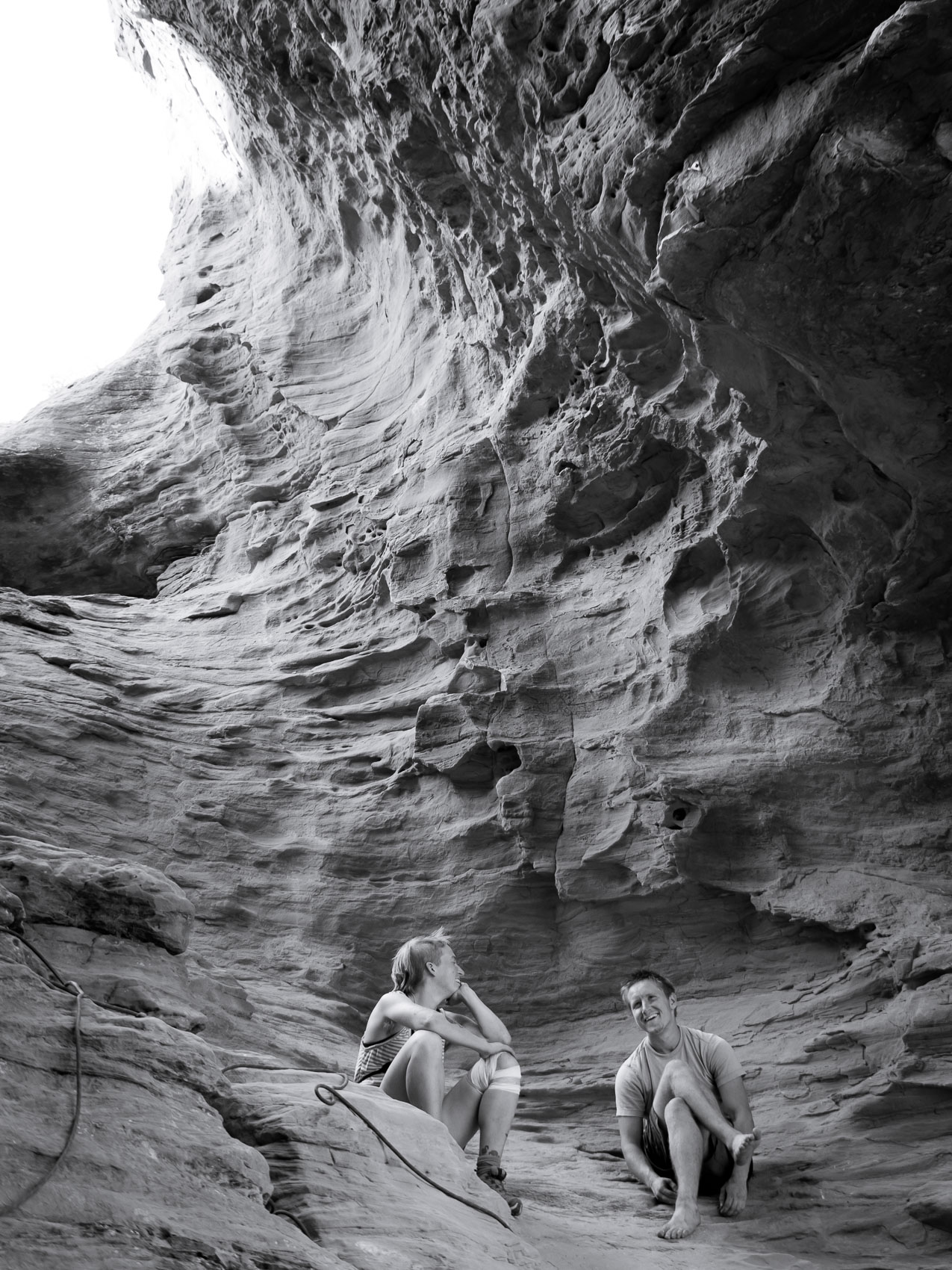 One more day was in the books for St. George: we three were going to go climb The Richness of It All, a bolted 4 pitch 12a, in Snow Canyon State Park the very next day.