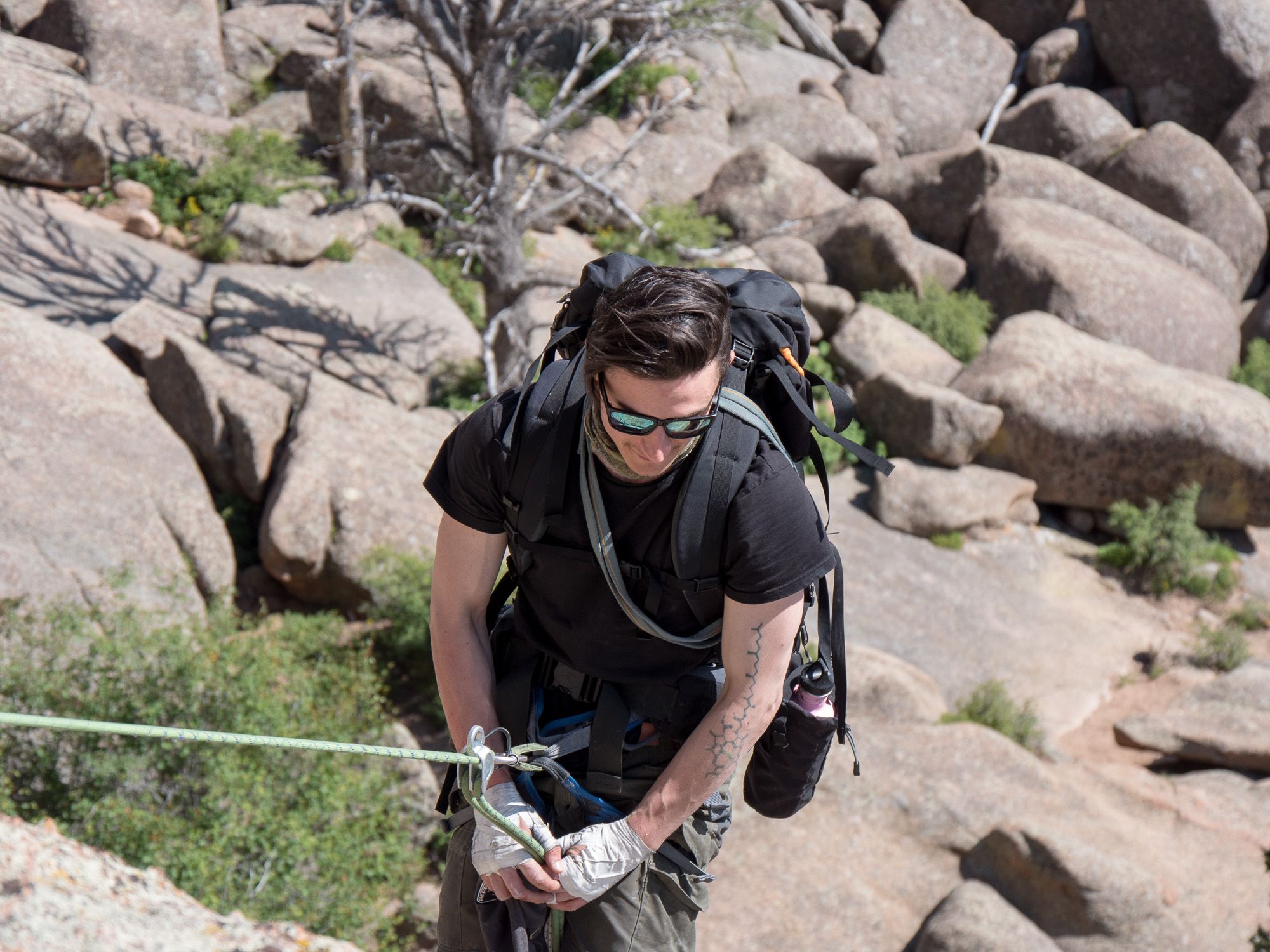 Six years ago my (fairly new, back then!) friends Jenn and Maciej invited me to come climb on the little bouldering wall at the back of the University of Wyoming.

Wait, I thought, you can just do that?

A few months later the snow had melted and I started pestering anyone who knew how to tie a figure eight and set a top rope to take me out to climb. A Mr. Mark Walters, whom I'd met through an avalanche class, obliged. 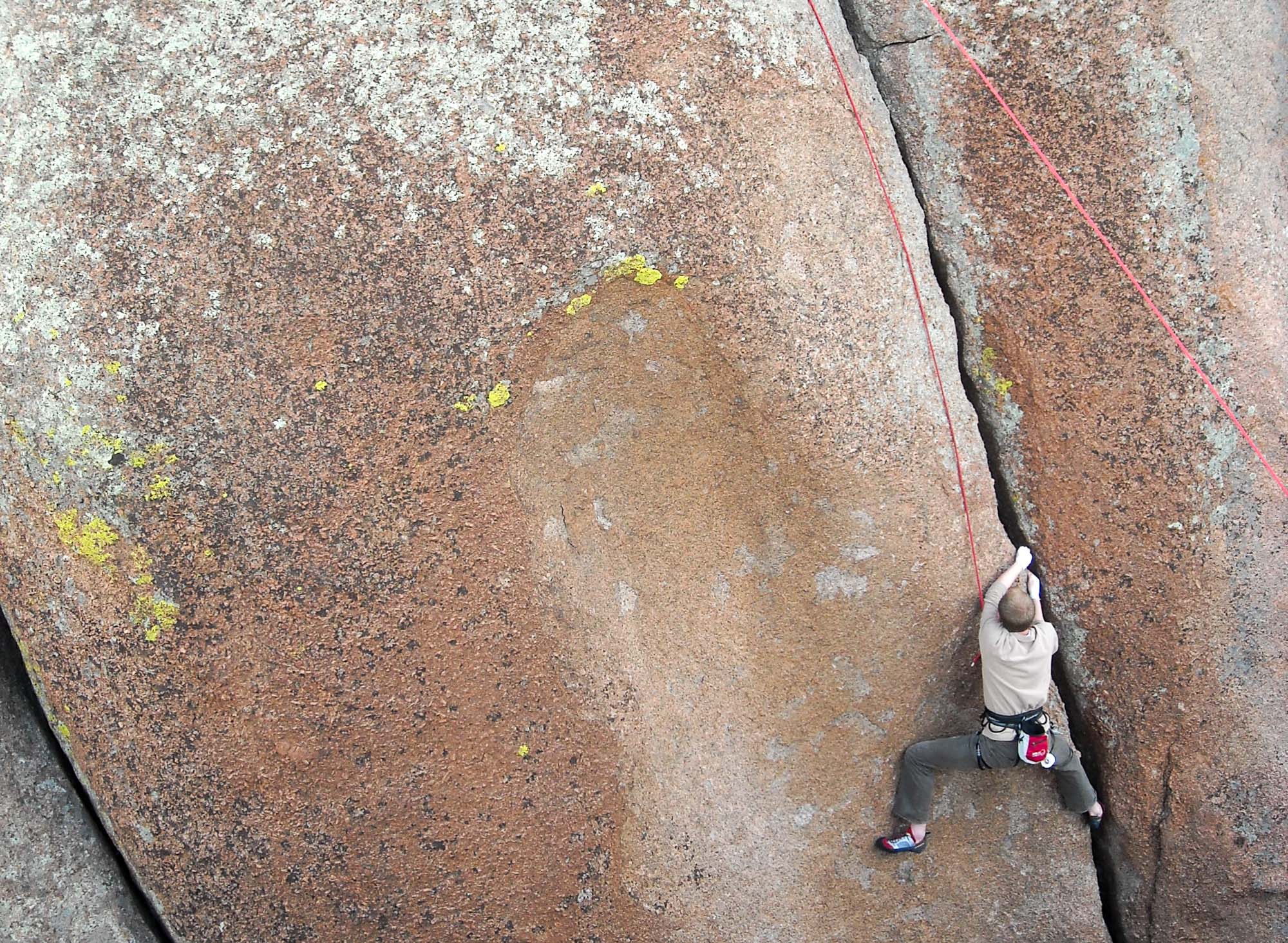 On April 29th, 2010, I climbed on rock for the very first time: Jim Jam, a 5.9 hand/fist crack in Vedauwoo. That's me pulling on the edge of the crack as hard as I could.

...Yeah. I had a lot to learn. Over the years I honed my crack climbing skills (often in other, not-so-painful, places, but I've honestly spent most of my time clipping bolts. So while I don't necessarily just dance across Vedauwoo's sharp, harsh granite cracks... 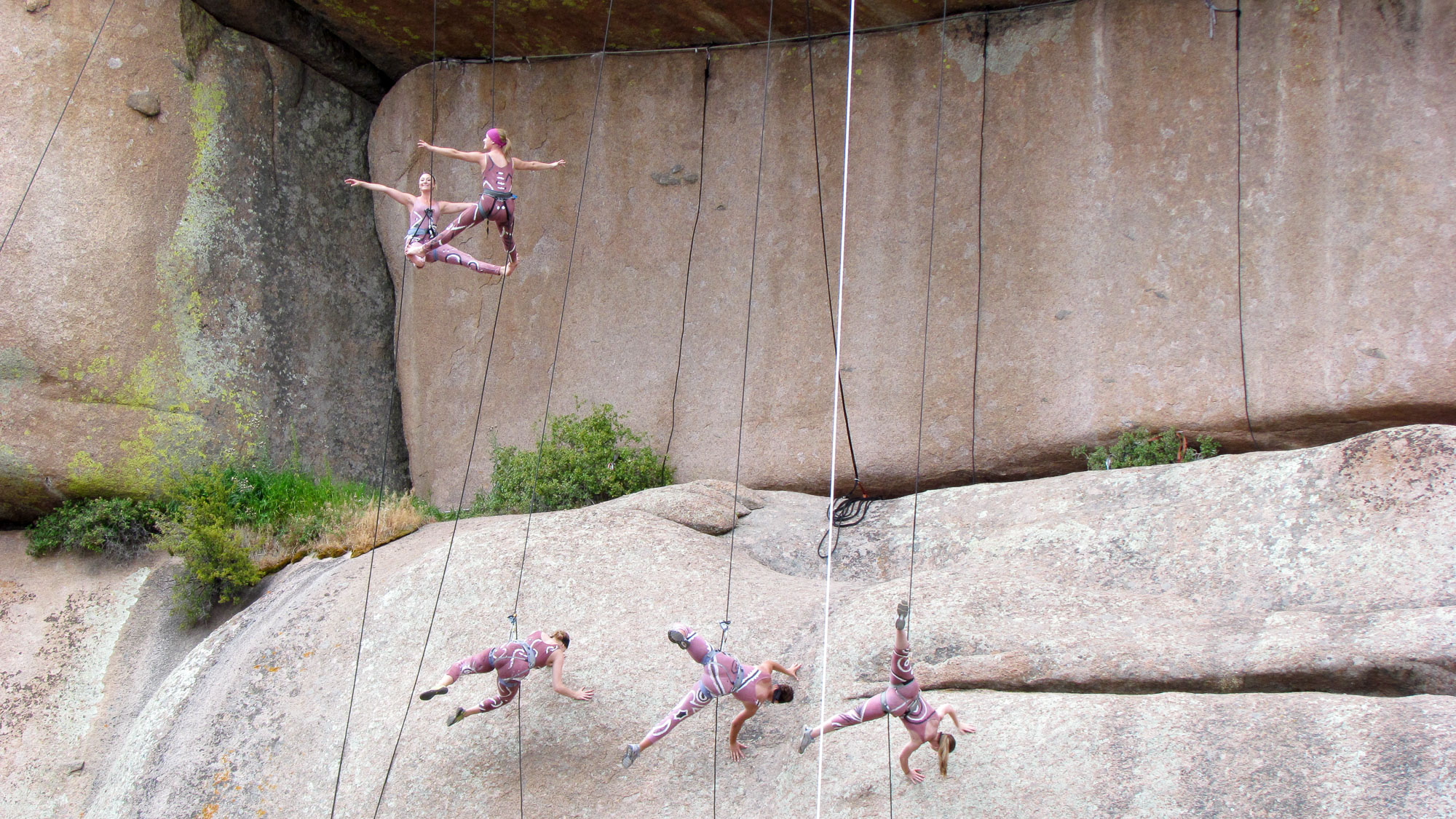 I've at least come to grok just why you wear those tape gloves when you're crack climbing. 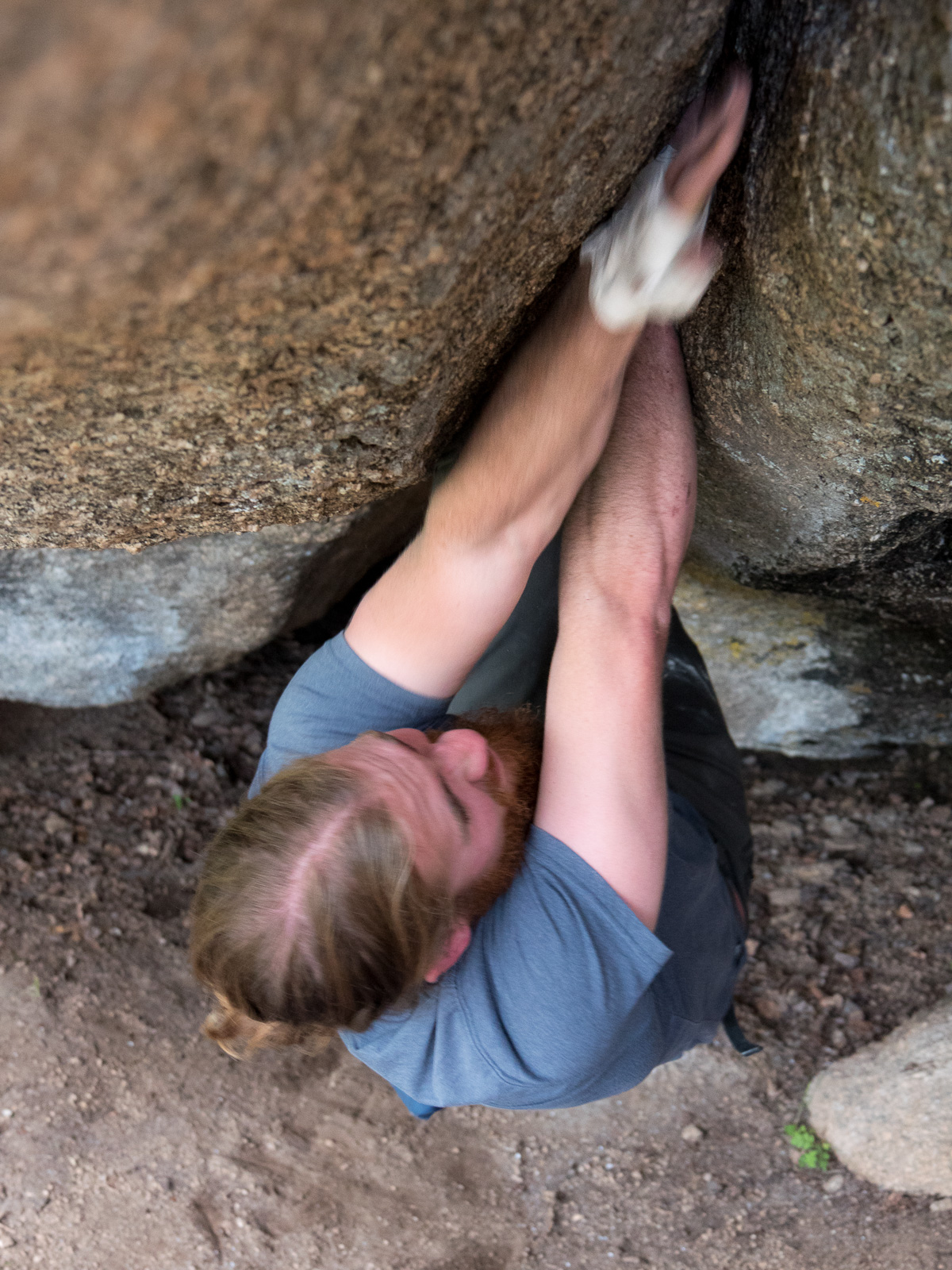 Swedish Summer at the Voo

I returned to my crack climbing home in July to help Eric, my final Swedish-summer-guest with his blossoming romances: trad climbing and Ken Hilton. We three gentlemen (and Hilton's future-pro fist-jamming rock-crushing hardass seven-year-old) set off for some trial-by-fire crack bouldering. 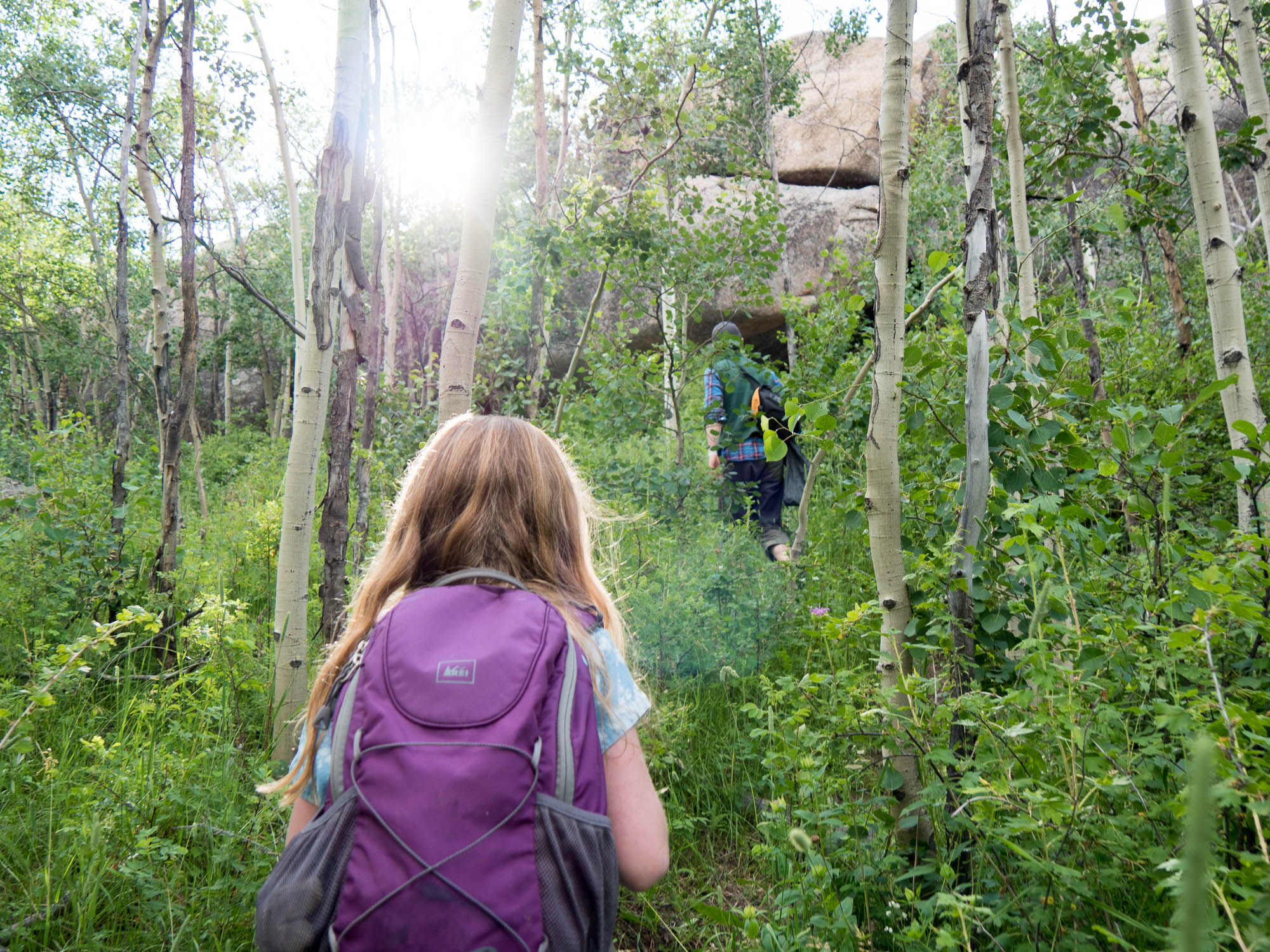 Eric and I sessioned on the overhanging hand crack (Beer Crack, V3) while receiving sage advice from the guru. 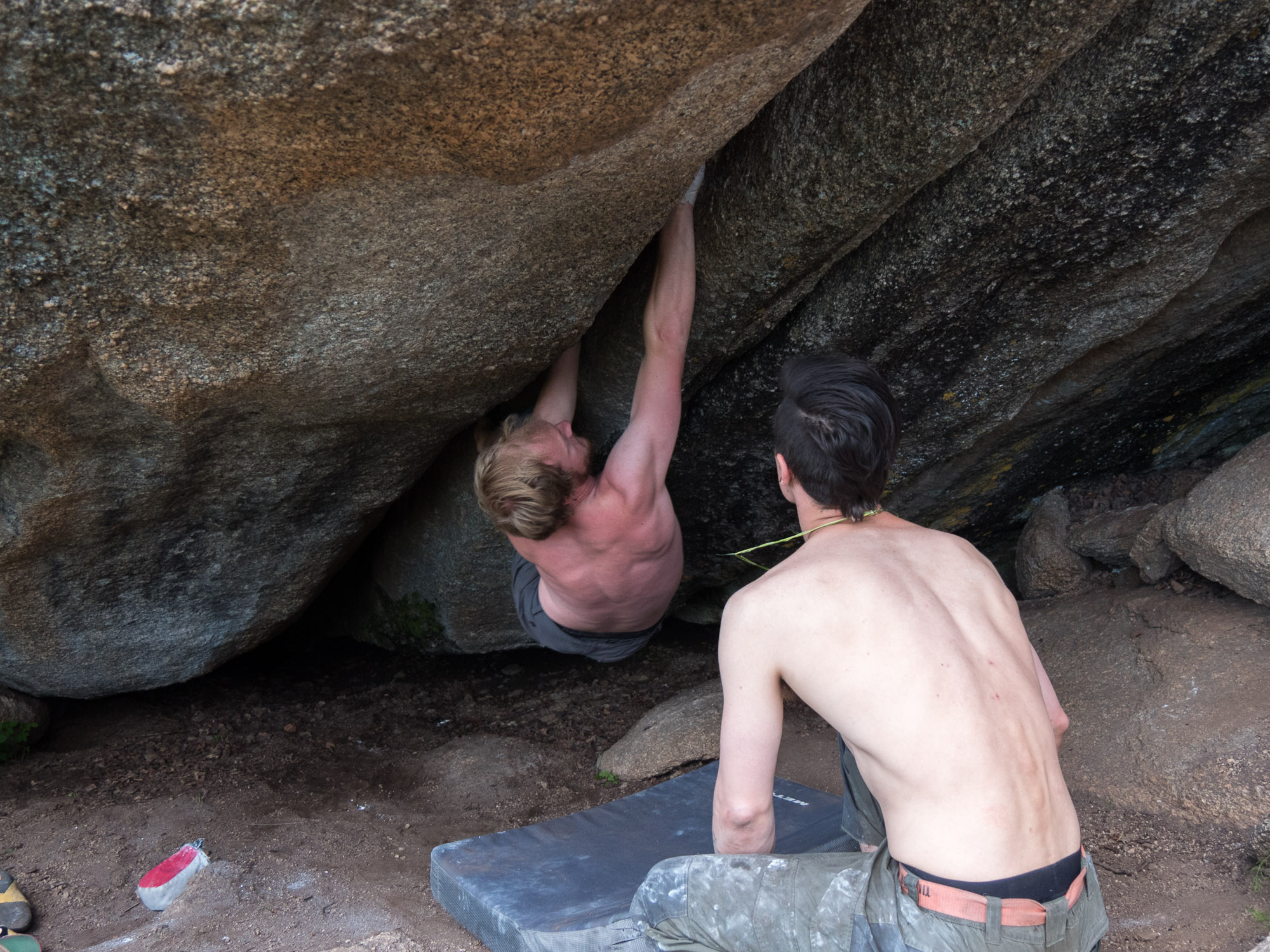 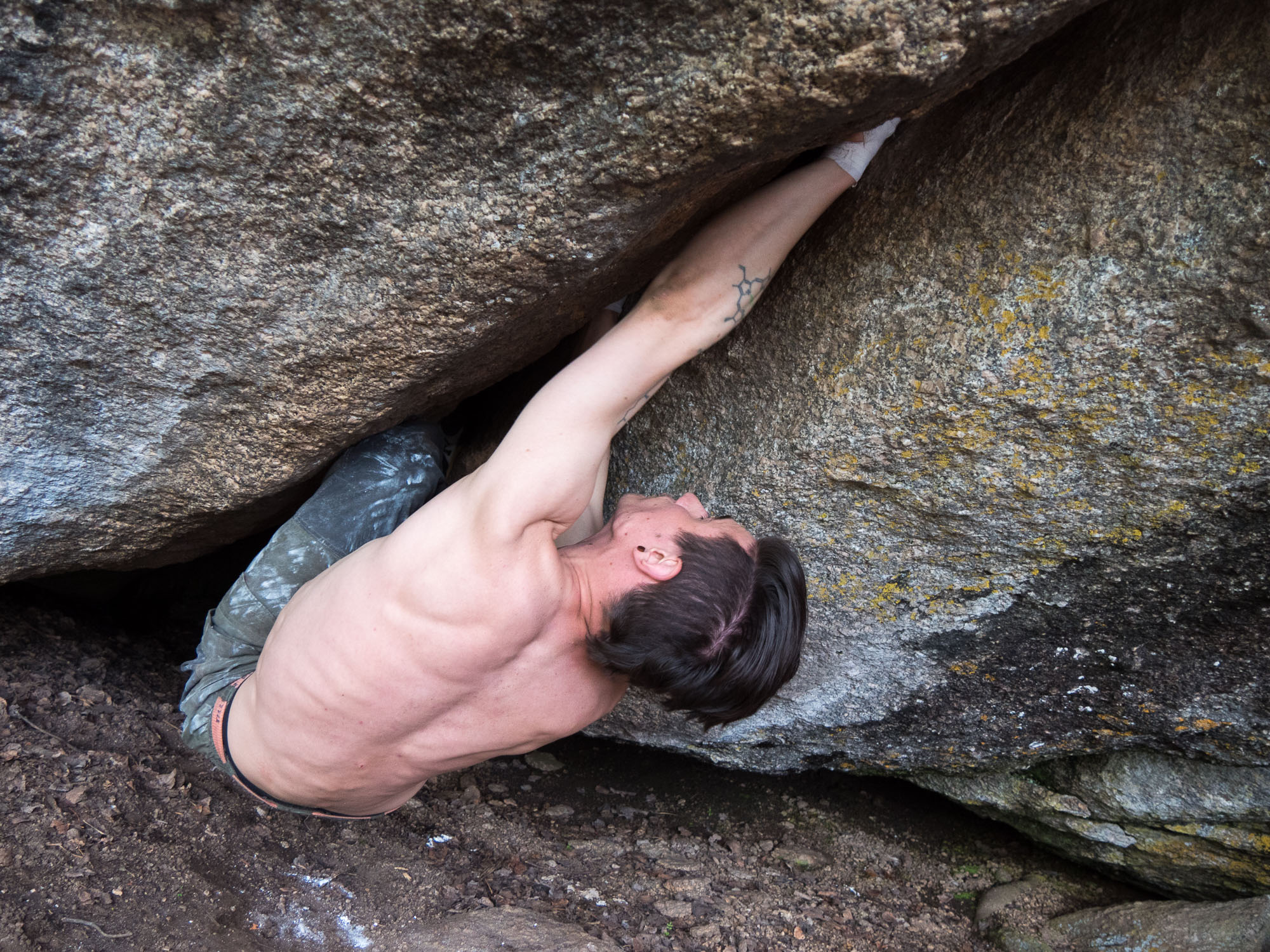 I learned three things that evening:

Eric and I were content practicing our jams on Beer Crack, meaning we were really climbing a V1 or V2 roof crack. Ken was kind enough to work the offwidth finish for us to keep our heads from swelling with mere hand-jam success. 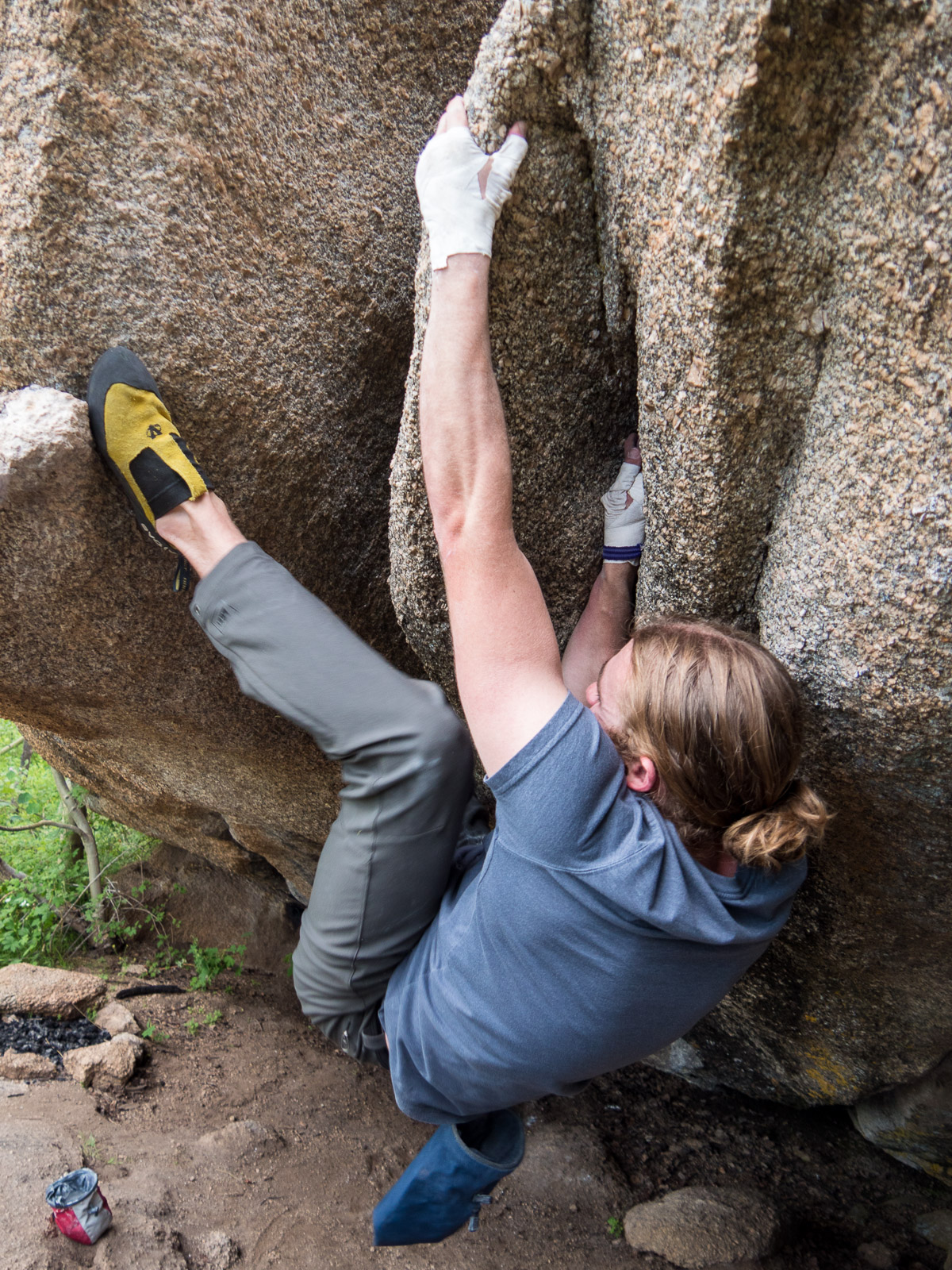 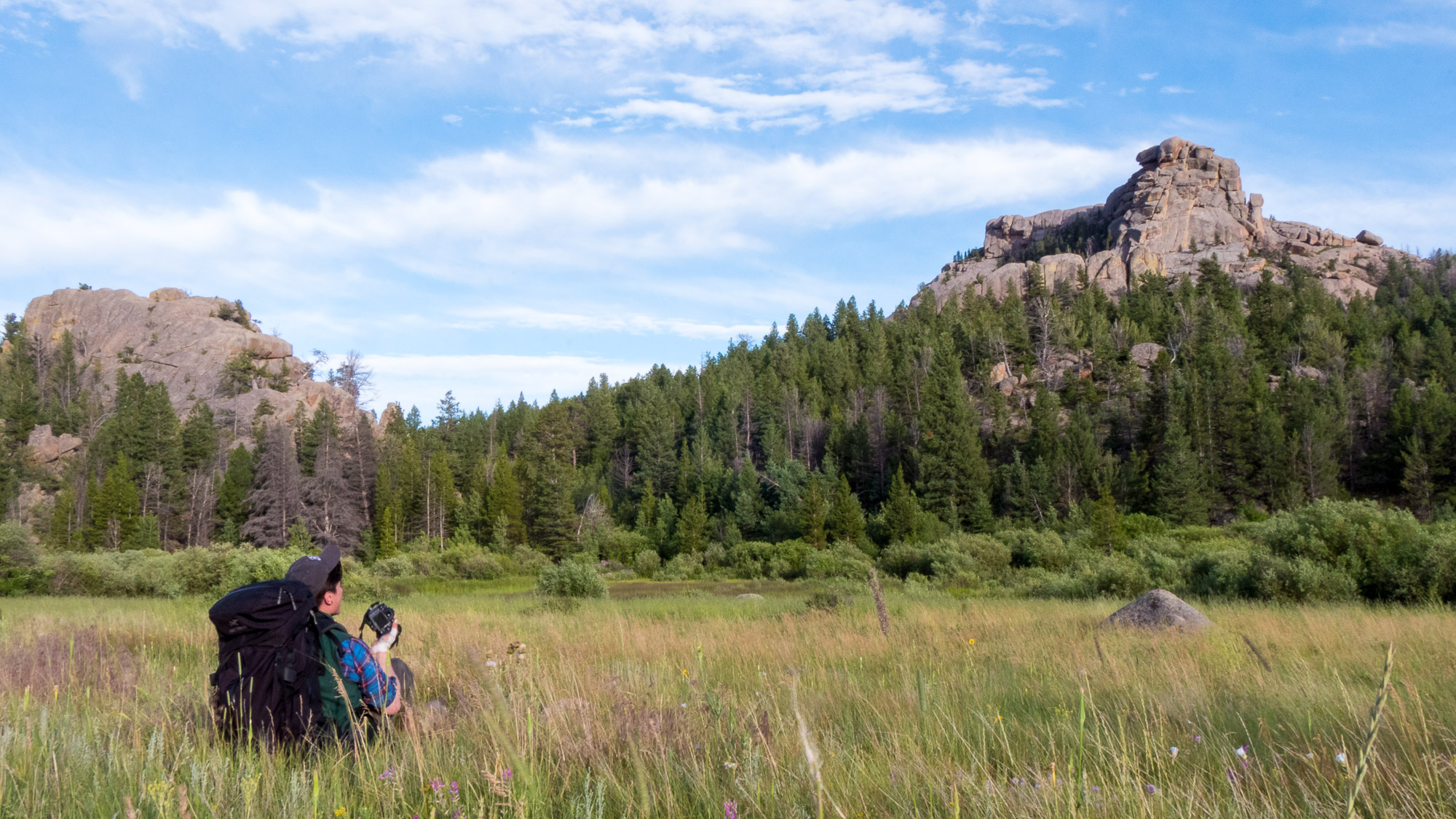 Over the next few days Eric and I continued working on our jamming, going up and down multipitch crack systems on Valley Massif (where we climbed Screw, 5.8, Hair of the Dog, 10a, and the last pitch of Zipper, 5.8+) and Old Easy (MRC Direct + Straight Edge, 5.9+). Our final day we socialized at Blair III with old Laramie friends.

Straight Edge stands as one of my proudest leads at the Voo; I let out a whoop at the top that hikers, campers, and tourists in the valley below picked up and gave back to me tenfold. 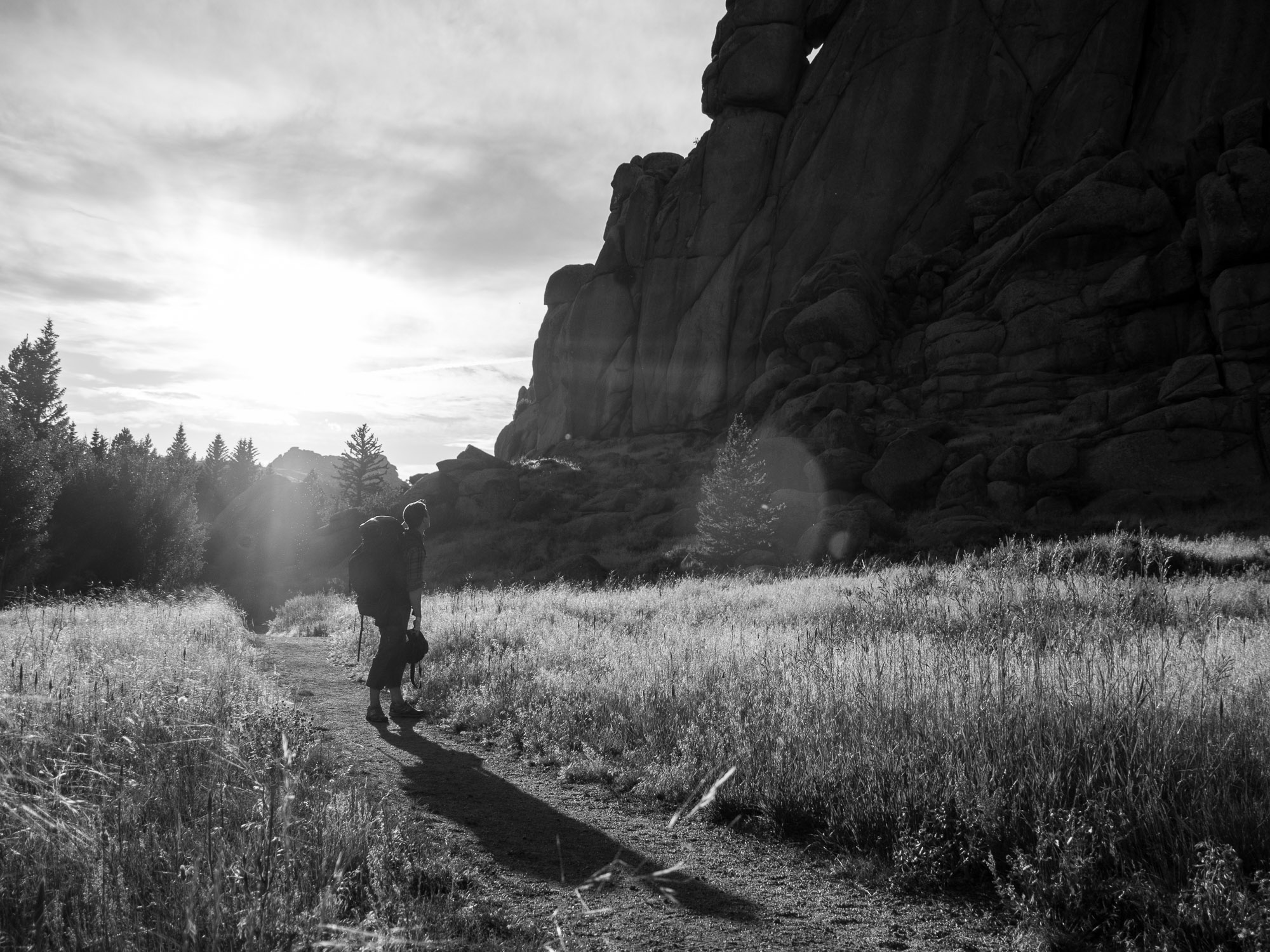 After four days Eric and I left Vedauwoo bruised, bloodied, and happy. Our trip back to Jackson took us through the Snowies and Saratoga (that's another story though).

A month later I was back, this time with rope-gun Trudeau. Chris and I committed our money to two evenings of sushi and sake and our bodies (but hopefully not blood) to three days and nights of exploring the harder side of the Voo. 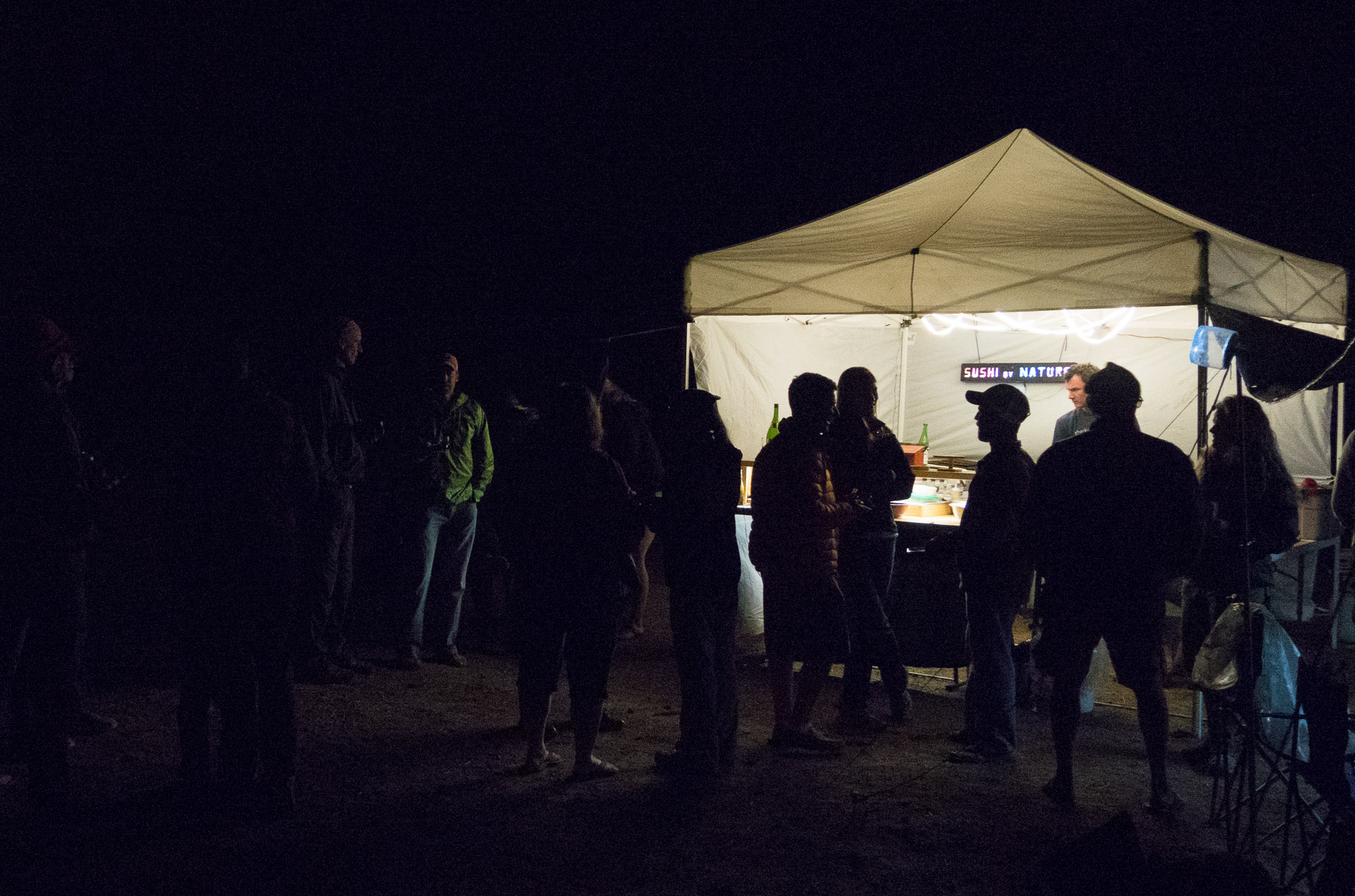 We came with a game plan of routes gleaned from Mountain Project and written on lined paper. We came with propane and tents, food and alcohol, wet wipes and ibuprofen. For the first time in my life I camped out in Vedauwoo between climbs, as though I didn't have family twenty minutes away in either direction on I-80 that would've put me up.

We came to crag, and so, after five years of familiarity, I saw The Voo in a new way. 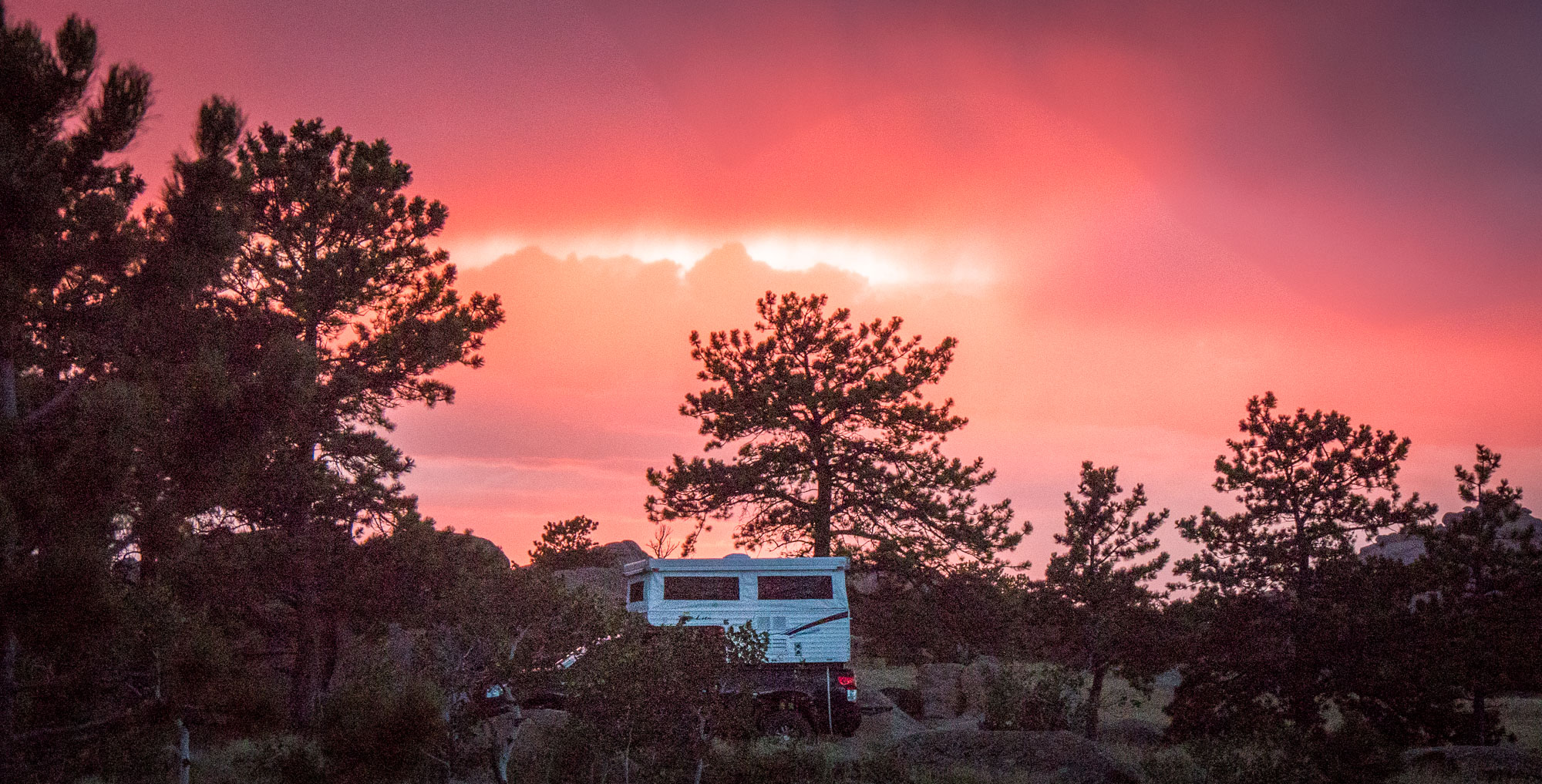 Trudeau's camper under a stormy sunset

... And while it pains me to admit it, I didn't exactly fall for this new Vedauwoo.

Vedauwoo can't be a crag to me. It can't be somewhere I attack with a list of classics and test-pieces. It's not a collection of names and numbers - like Friday the 13th, 10a, or Anatomy Lesson, 5.9+, or Curray's Diagonal, 10b - but rather a string of stories and legends.

Vedauwoo sits between Laramie and Cheyenne waiting to be explored, not conquered.

It's the place I learned to climb, the place I went for a quick pitch after class. Its routes are spread far and thin, and you know they'll still be there tomorrow. Before this trip, a Vedauwoo "ticklist" seemingly never had more than two climbs inscribed on it, and rarely even that. Vedauwoo's home, albeit one I neglect and don't know like I ought to. Maybe that's not so far from my real home

It's somewhere I always left behind at the end of the day, knowing I was heading home to a roof over my head, safe from late August storms. 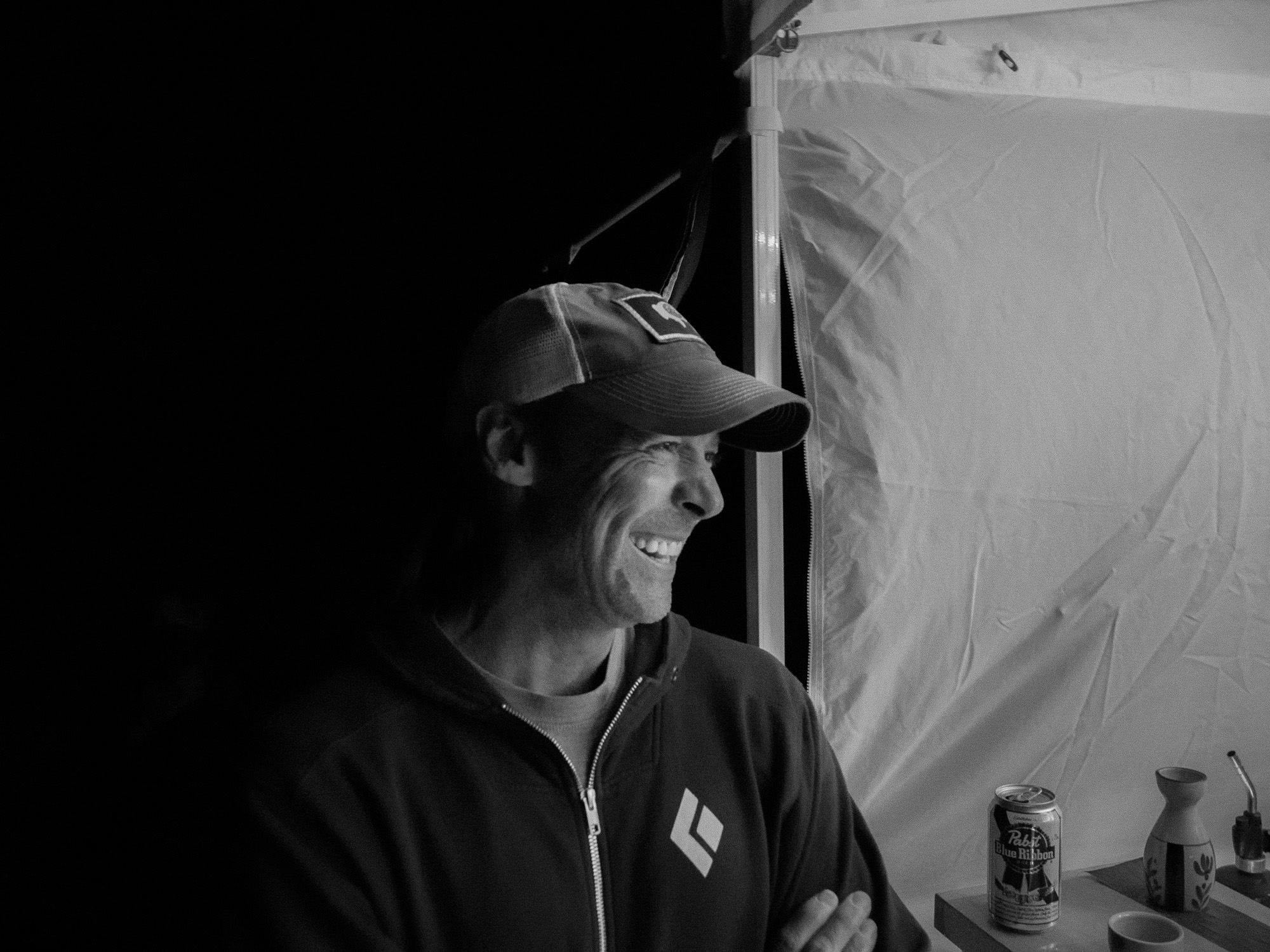 After four days, we left.