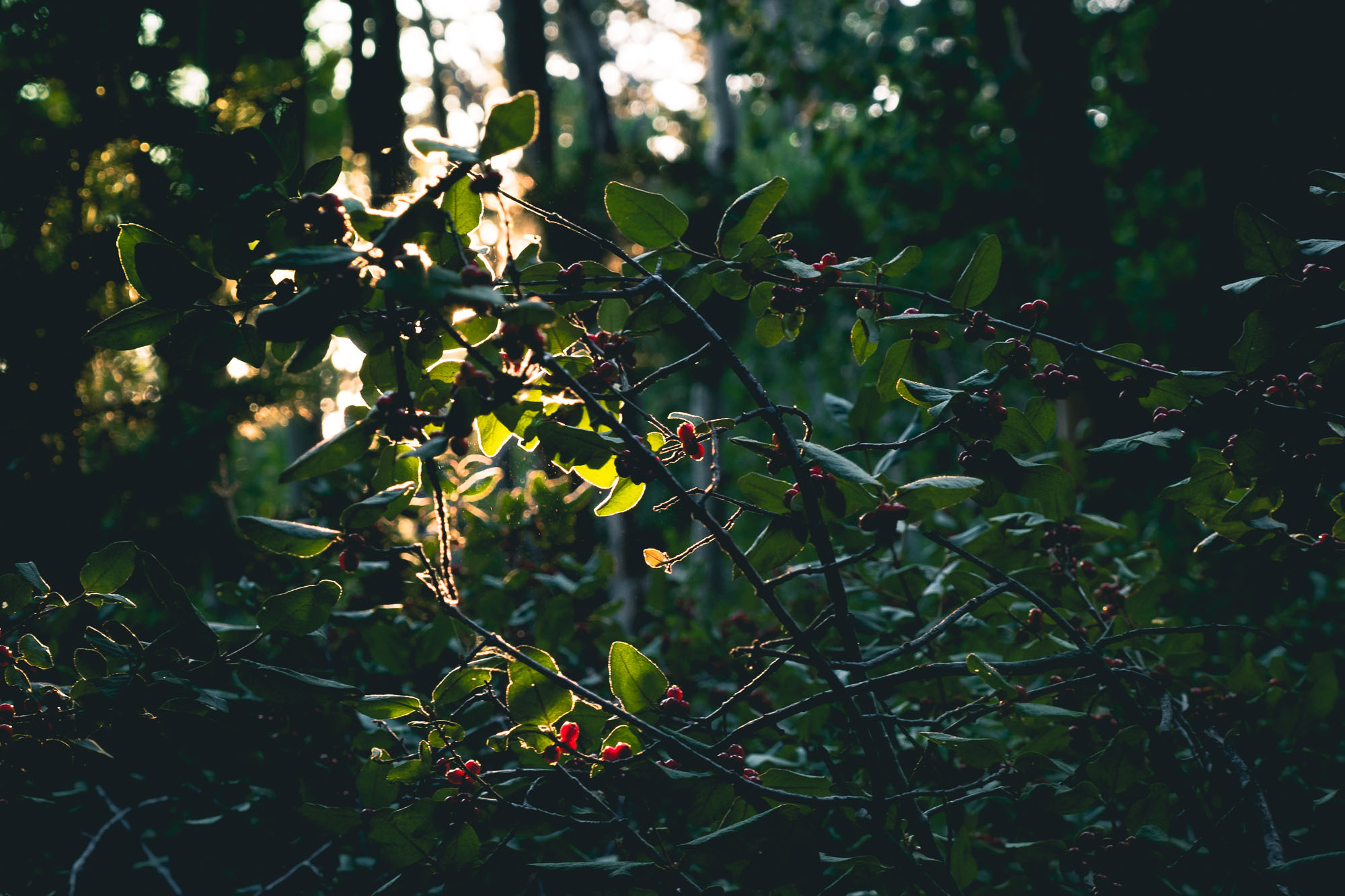 The trip with the most days to Wild Iris this year is the one with the fewest photos. Go figure.

I left Laramie early Thursday morning and met Chris at OK Corral. We took it easy that first day, climbing only three routes.

I decided to do something different on this trip: climb as many new routes as possible, even if they were "no star" routes. That day I did Cowboys Are My Only Weakness, an 11a I had walked by dozens and dozens of times. It was fun. It was new. I kept the theme going.

The next day, Chris and I did the long hike (neither of us wanting to move our rigs) to The Erratic, a beautifully shady area where I had never climbed any routes. We put away a few warmups, then went to look at a 12a at the Upper Remuda: Queen of Hearts. The stopper-move was a huge deadpoint, and it went second go.

That move was, literally, unbelievable. Looking up from your last stance at the deadpoint, the hold you need to latch is very, very far away. Still, you blink, bend your knees, and leap. Forever passes in a moment, open your eyes, and you've latched it. Now go go go before you can't hold on any longer!

At long last, a legitimate Wild Iris 12a. Almost as cool, I only climbed new routes that day!

Ken came in late that night, and we got psyched for a day at OK Corral.

After a 10b warmup Trudeau and I decided to go for Diamonds and Rain, reasoning that it would only get hotter. So at 9am we were working a 12. I changed up my beta a bit from the last time I had tried it based on recommendations from OG, then watched Trudeau go up and give me one last bit of beta.

Then did I make the send, and all was well. Two 12a redpoints in a row, life was looking up baby!

Trudeau, poor Trudeau, was missing just enough inches on me that his sequence needed a few more movements than mine did. When he went for his RP he seemingly forgot it all, and I cautiously called out the occasional "right foot up?" or "bump your left hand?" to him. The monster held on through it all and got his send. This was probably the best Wild Iris trip we'd ever had together.

I think it was this day that Ken tried Tribal War again for the first time, making it his project.

And They Did Rest

Trudeau and I were three days on at this point, with two limit-touching sends in a row. We needed a break. Good sports that we are though, we belayed Hilton on Gaucho, his old nemesis. 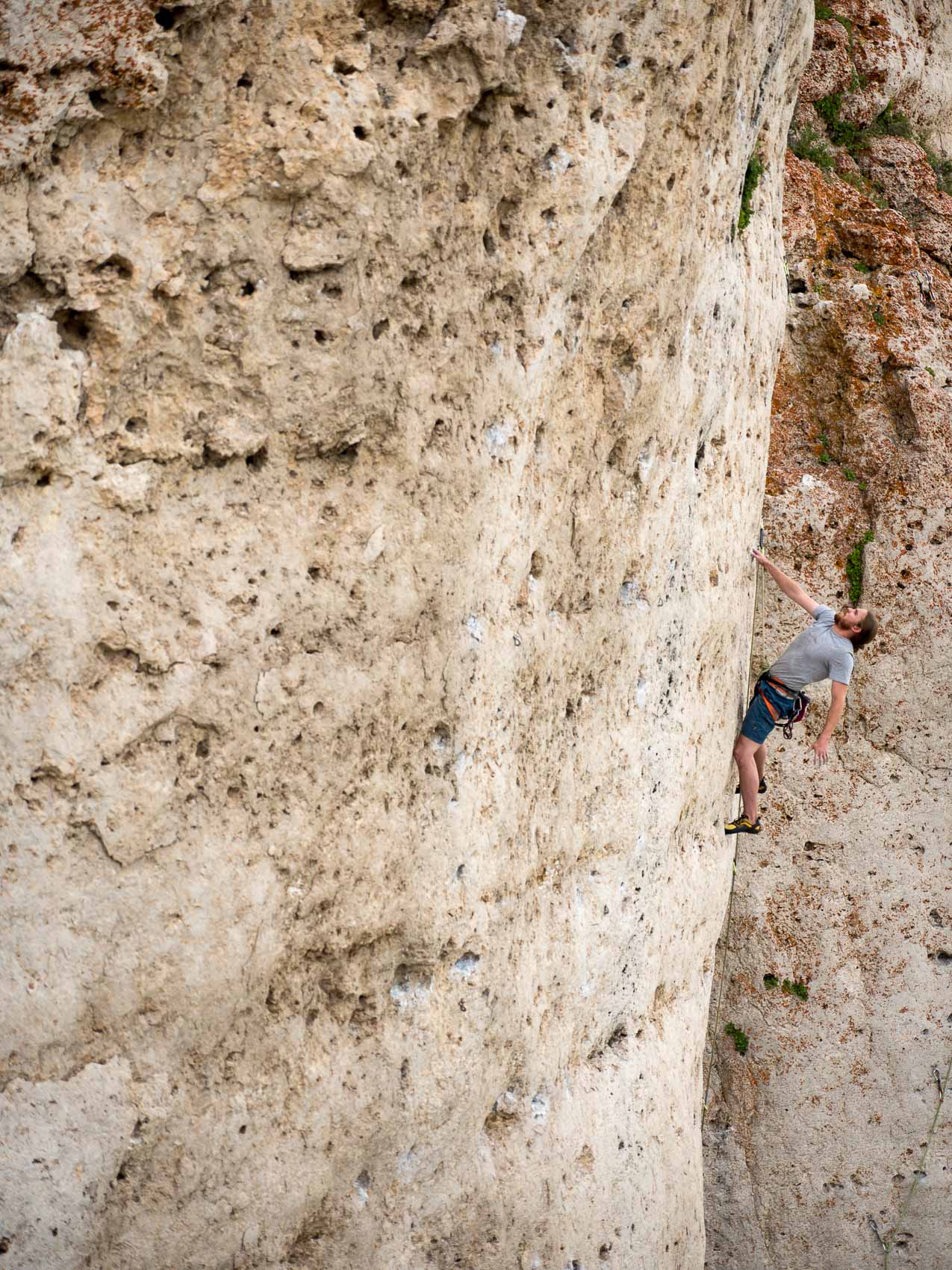 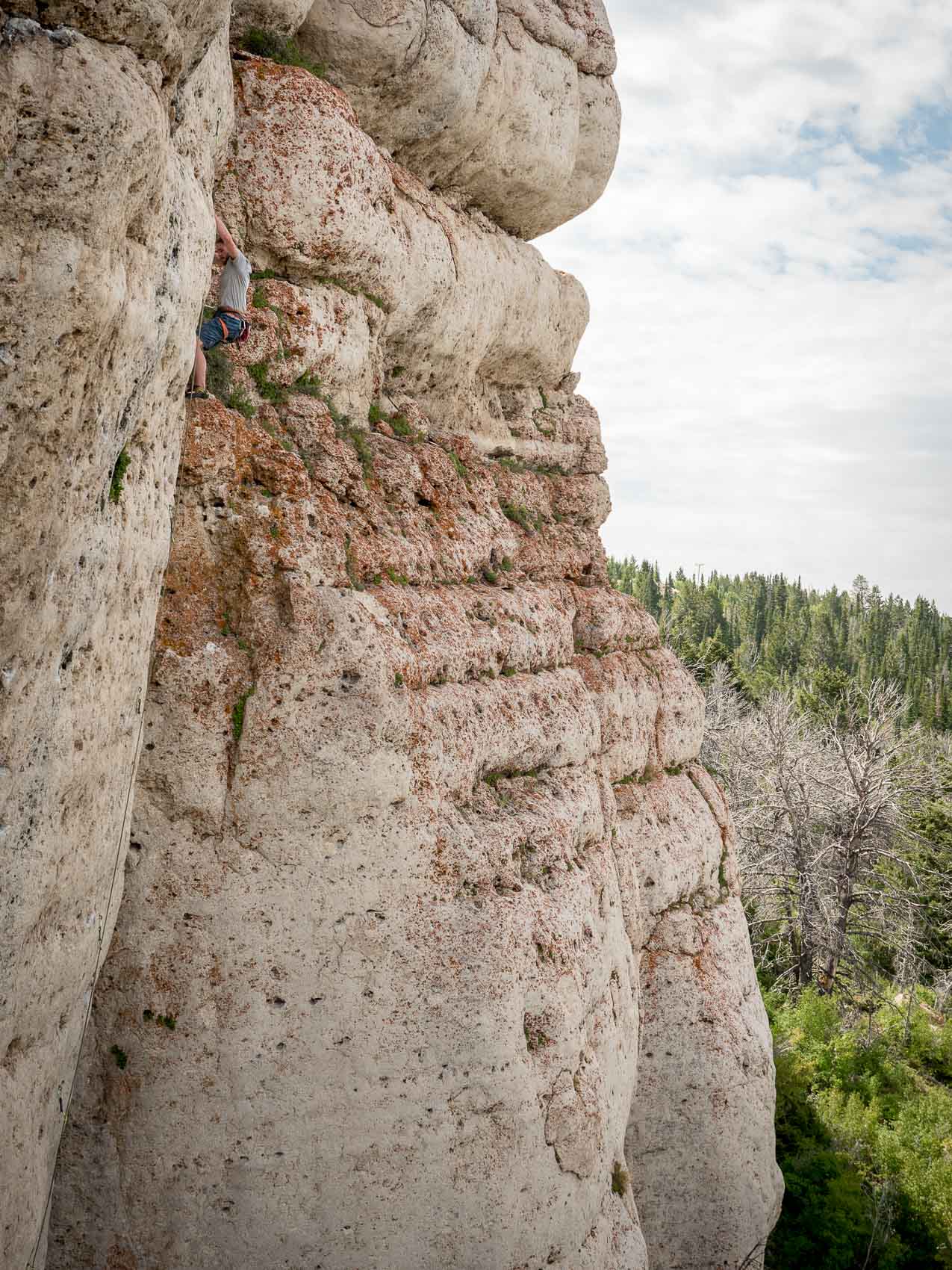 He whipped at the chains: nemesis it remains. 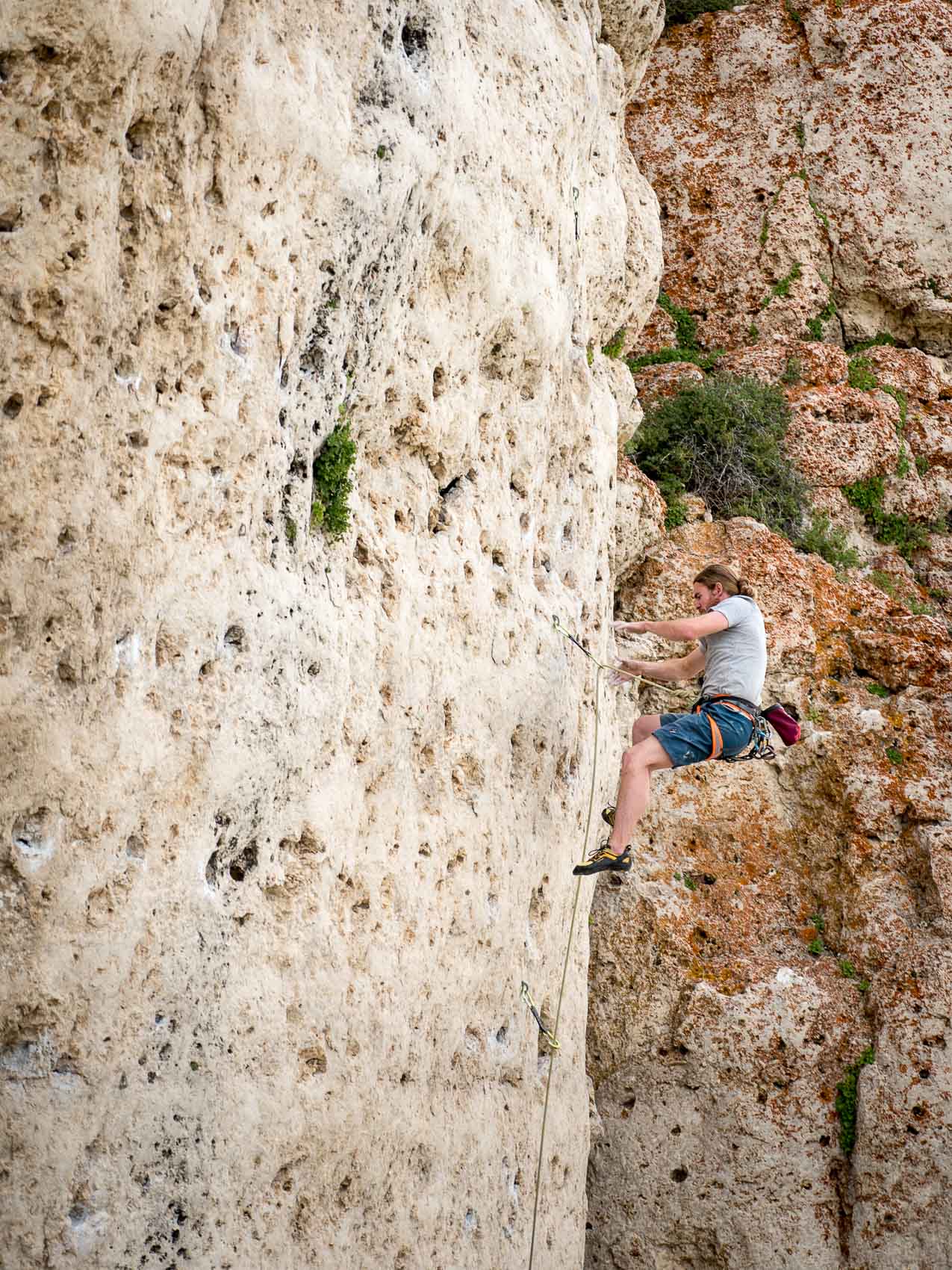 Back in town, Ken did his best to wash the bitter taste out of his mouth with a few pitchers of beer. 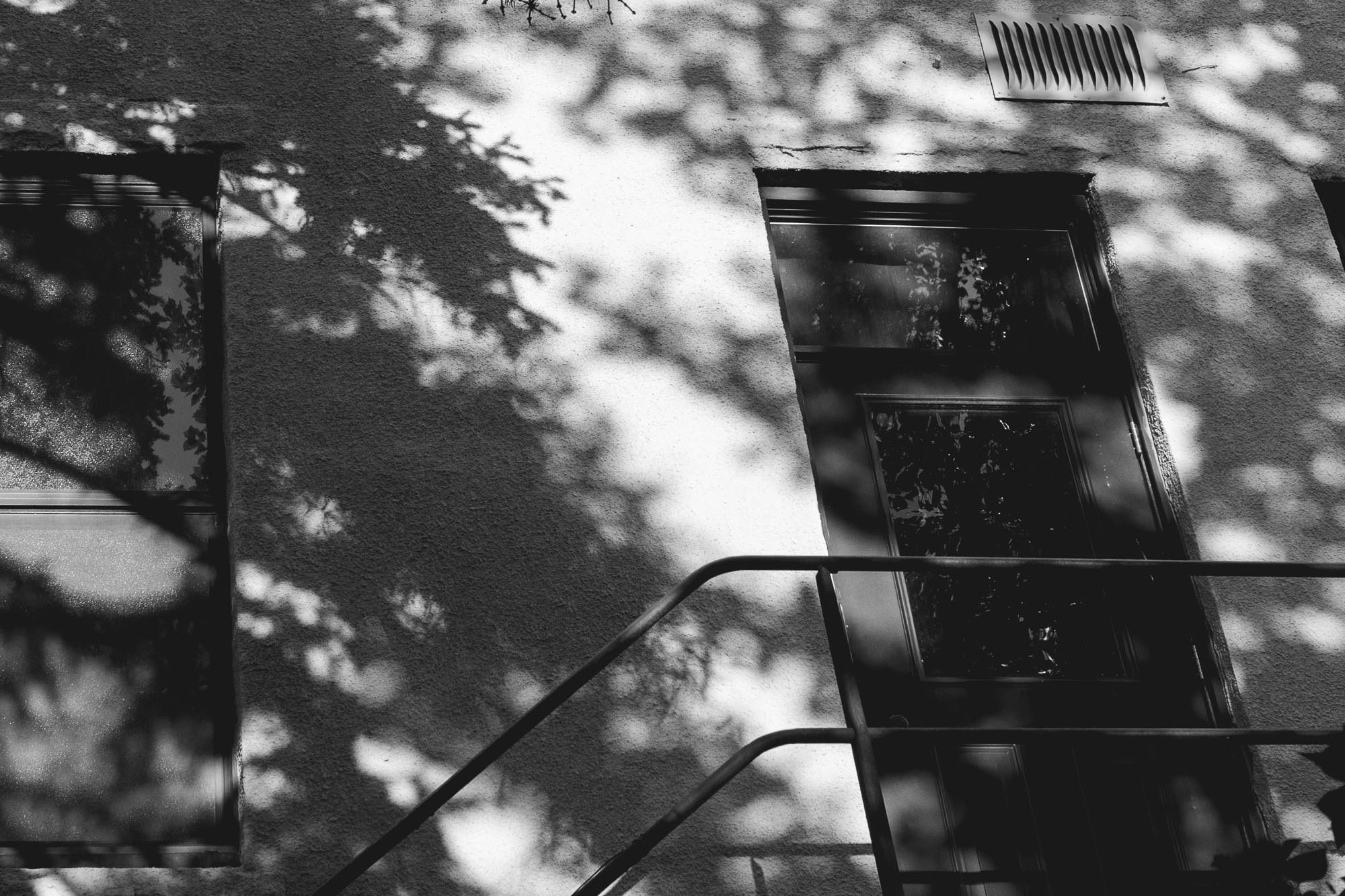 Back at The Erratic

Thursday, Friday, Saturday, and Sunday had passed just like that. On Monday Trudeau and I treated Ken to The Erratic, where he got a strong onsight with I'm A Lead Farmer Motherfucker (11b). It was awesome watching him pull it together after a barn-door should have brought him down.

Trudeau and I did the 11c next to it, Medicine Man, and cooled down. In keeping with my "all new routes" motto for the trip, I skipped cooling down on the good 10b in the area (Pocket Hero) and instead killed myself on 10b slab (Big Medicine). It was probably the hardest climb of the week for me. I ended up deadpointing the crux ... on a 10b.

Back at camp, Trudeau, feeling perhaps a bit worked after the start of our week said, "hell with sitting around" and cut his trip short.

Ken and I farted around camp, waiting for the sun to speed through the sky. It stubbornly stayed well up in the blue, though.

Maybe it was somewhere in these doldrums that I tried Poker Face Alice (12b roof)? It was a bouldery route that seemed very possible, but only for someone much stronger than me.

I came up with the genius idea of going for a walk with some beers. Forty feet down the road, two sips into our beers, we accosted the neighboring camp and realized that what we really wanted to do was talk to people who were not each other.

Ken and I love each other, but we've kind of already had all the conversations we can have.

It wasn't long before we were five people, rather than two. There was suddenly a fire and higher levels of inebriation when Claire, Kira, and Andrew joined us back at our camp.

The next morning, perhaps a little hungover, Ken quipped:

We're like teenagers whose parents left for the weekend so we invited all the neighbors over and had a party at our place.

I was feeling ragged that day. It was the last of our trip, and I just couldn't quite muster the energy to be psyched on anything. Wild Iris had grown small in my mind, and I'd already had the best trip of my life there.

So, I spent that day belaying Ken as he went for the Tribal War redpoint. We started late, sometime after noon? I'd already had a few coffees and fingers of bourbon (hair of the dog).

For some reason I talked myself into hanging the draws again. Andrew took first go after me, then sprayed Kira while she got a depump massage from Claire. 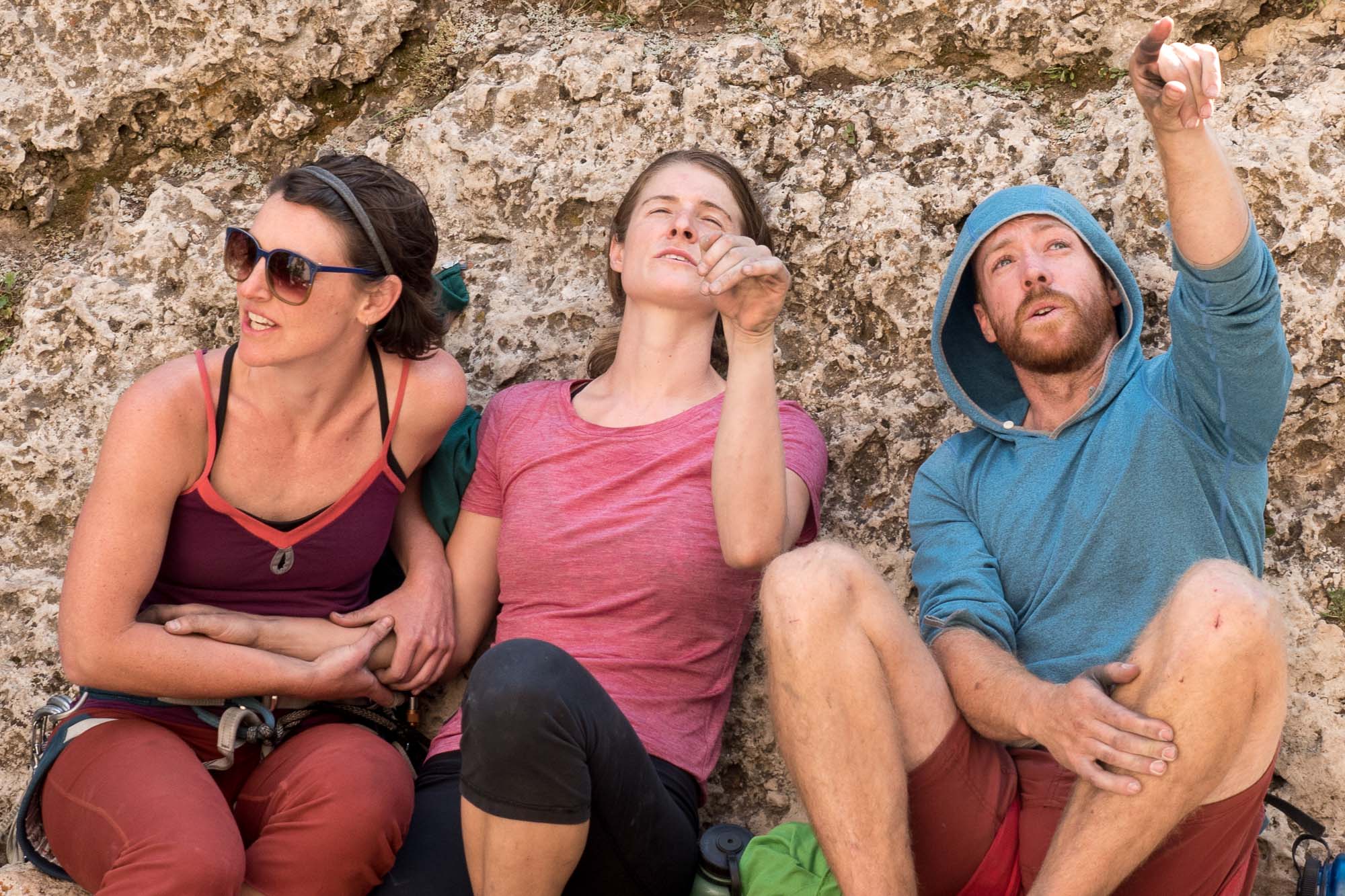 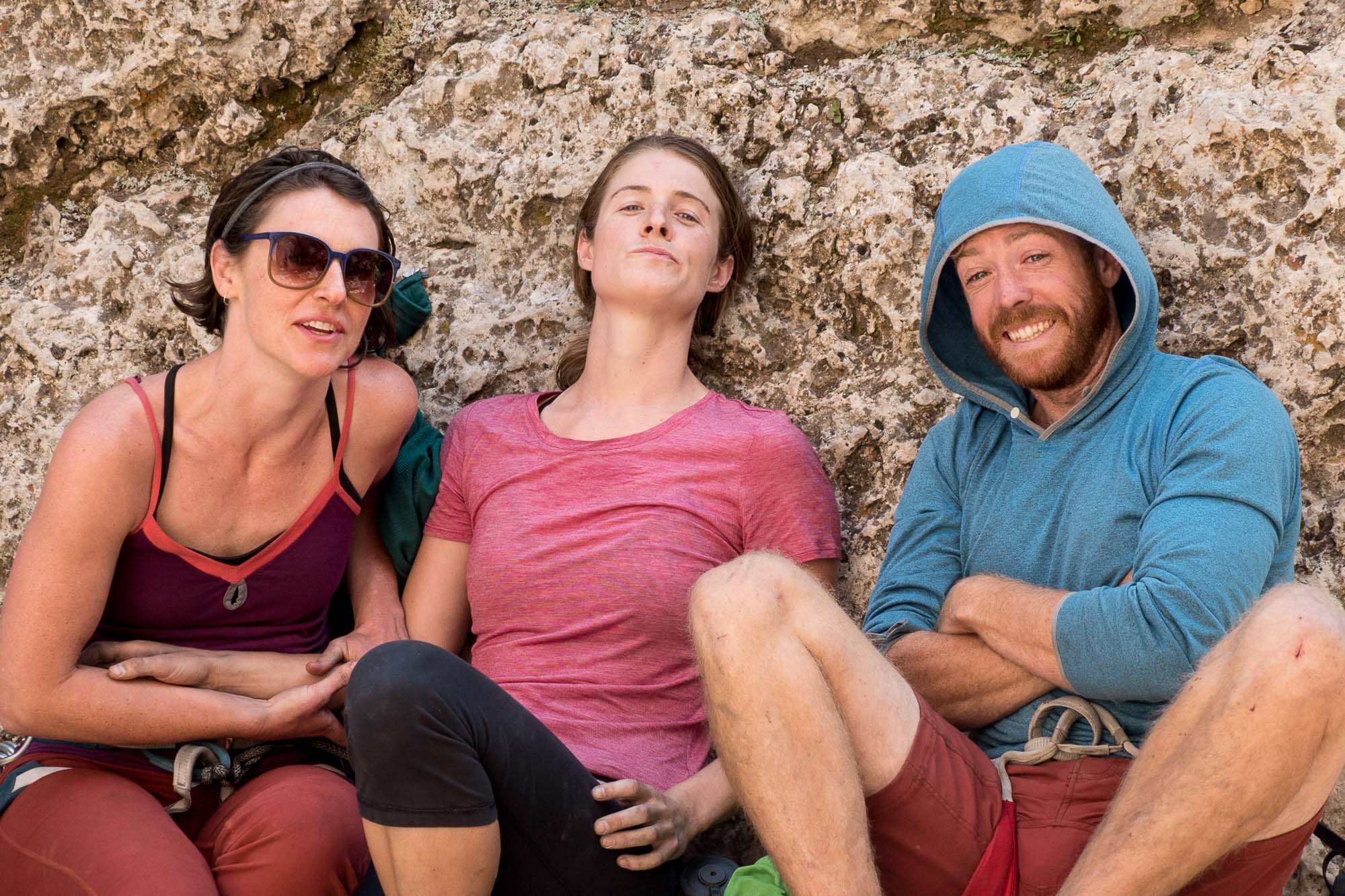 For Kira's attempt I walked off to the West, crossing the quarry in the hopes that I'd end up with different photos than the last time I was shooting the route. 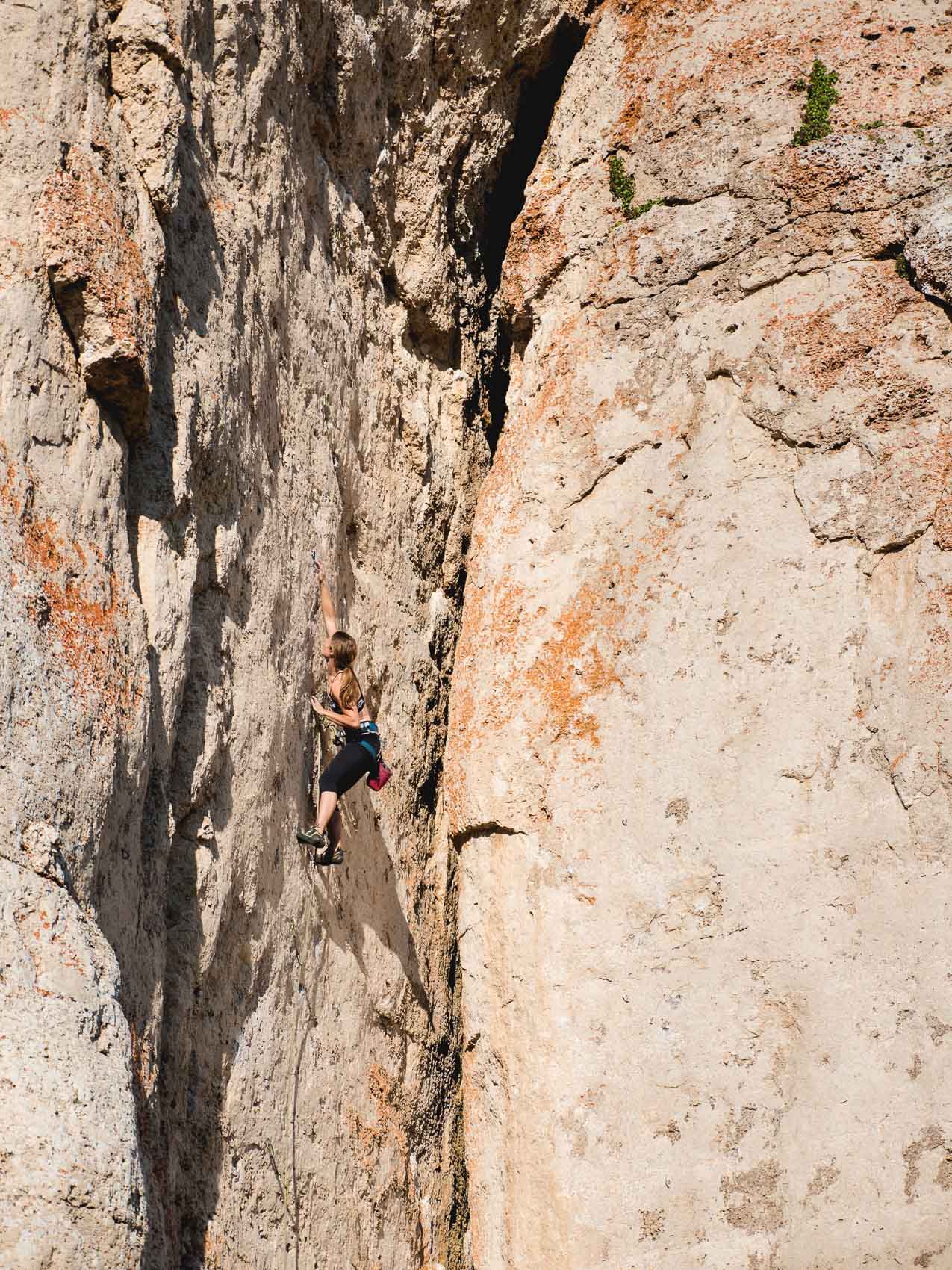 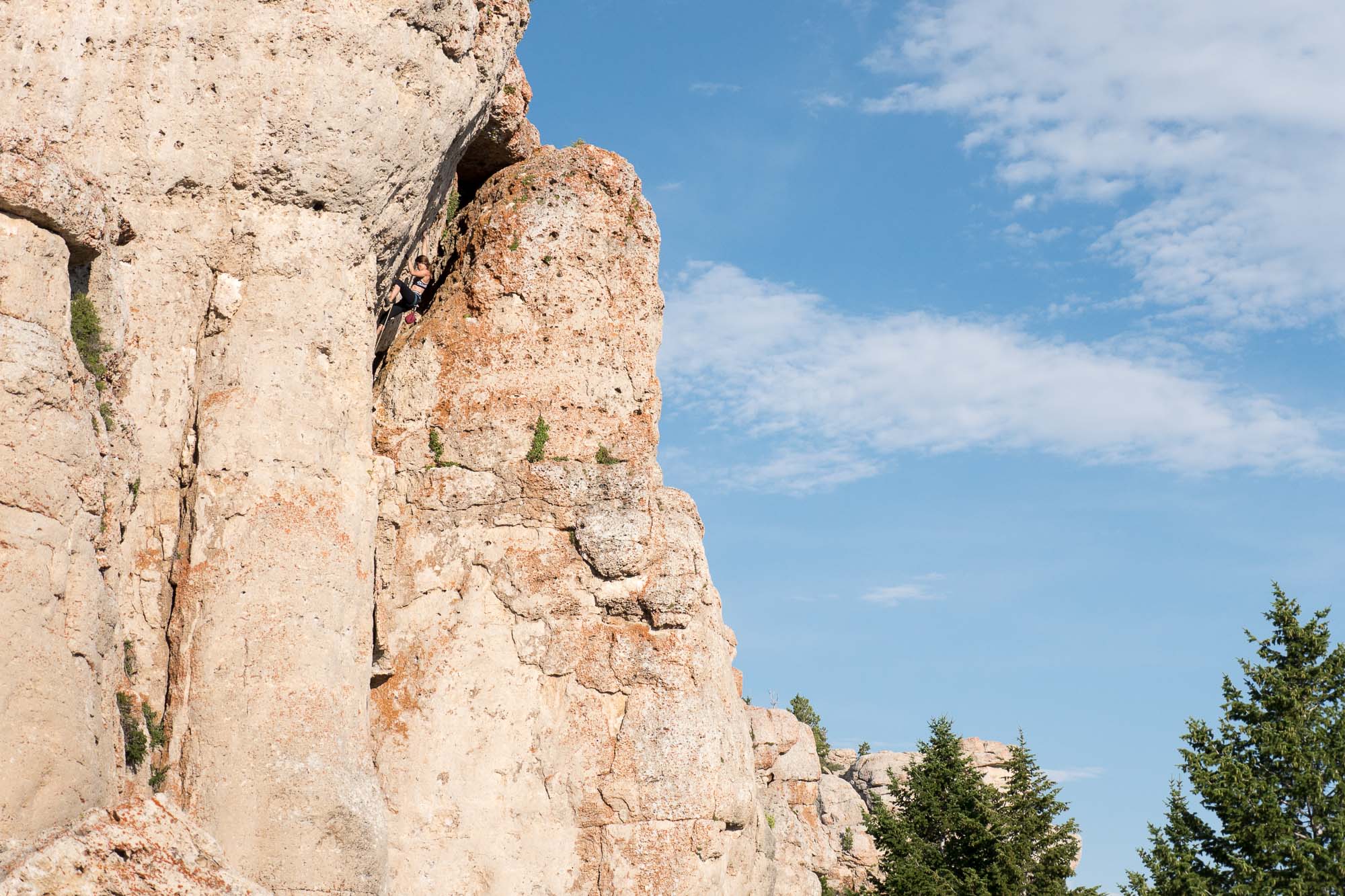 Finally, a photo of the steeps on Tribal War

Ken, watching all this work going into his project, got the royal treatment and readied his mind. 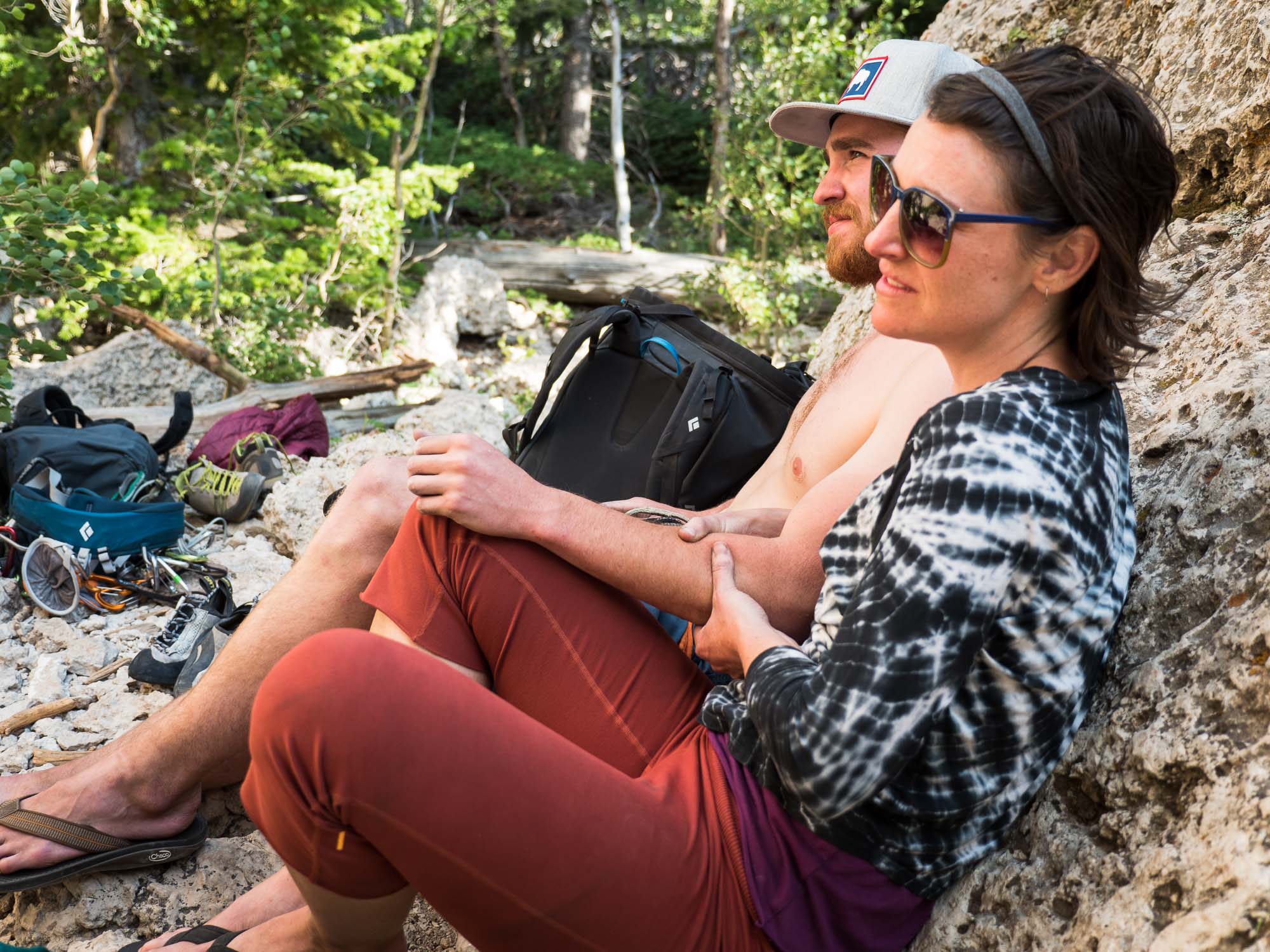 His send (because he did send, of course) felt like my send. Far more stoked for that than for any 12 that week. We screamed and hollared and woohoo'd, and he took the most gangster of victory whips, falling from the anchors to the first bolt before the overhang.

It had been an amazing trip, with great sends, tons of new routes (a big deal at the Iris), and best of all: new friends.

That night we cooked our Oregonians dinner, bid them adieu in the morning, and hit the road to Jackson.