The first Iris trip of the year, later than usual thanks to a great trip to Ten Sleep.

Will (A.K.A. Wilhelm von Smeegleburger-Fahrentoffensvopperwille) is becoming an old hand at the Wild I, but for Boulder-based Octavian, this was a first.

The same could probably be said about many Coloradans that Fourth of July weekend. 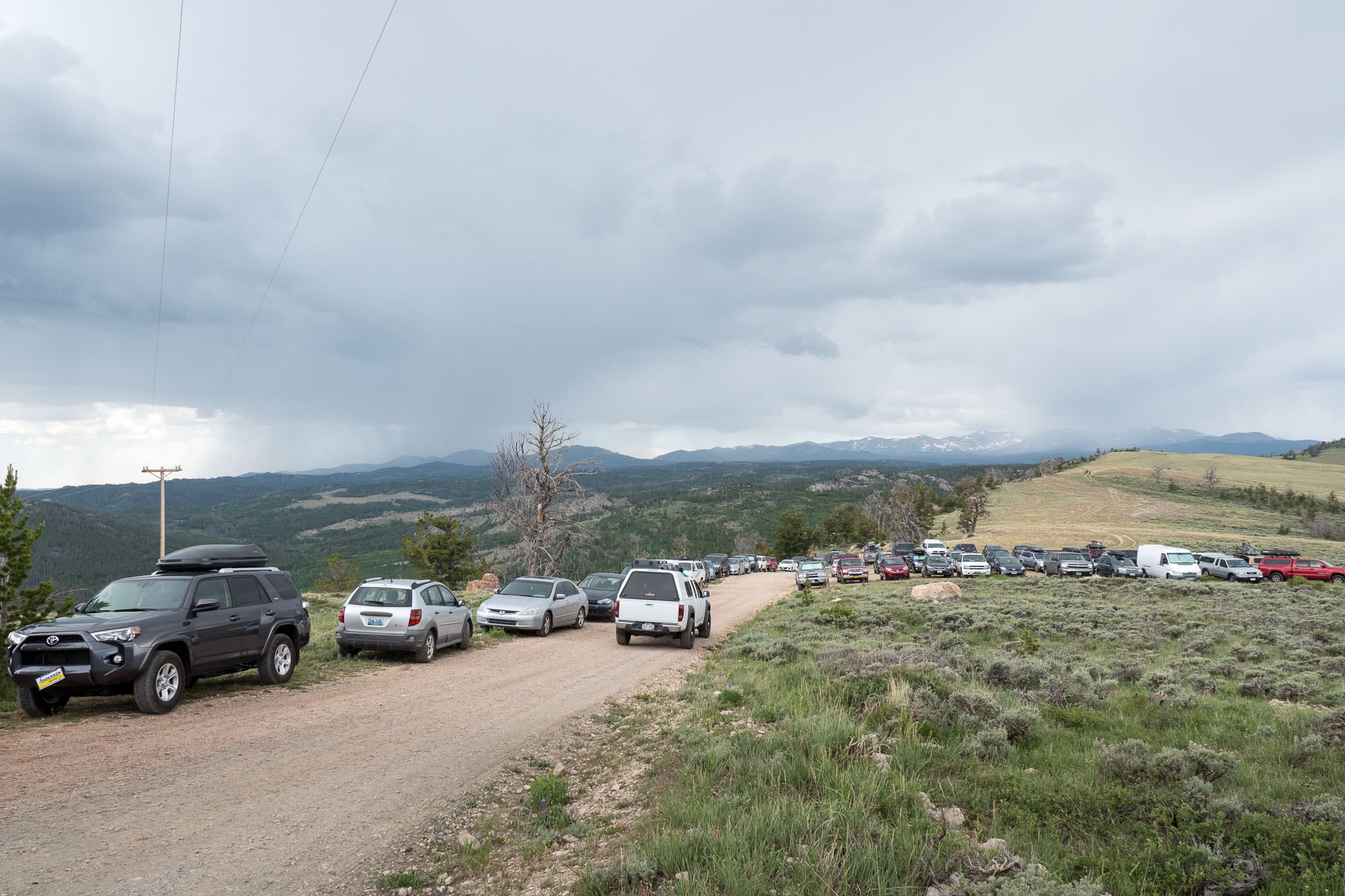 Never in all my summers at Wild Iris have I seen such crowds at Limestone Mountain.

With such an audience around, I couldn't help spraying nonsense at the crag. Turns out OG is an olympic level banterer too. Our blab ruled the crag that weekend. For sure, everyone was impressed.. 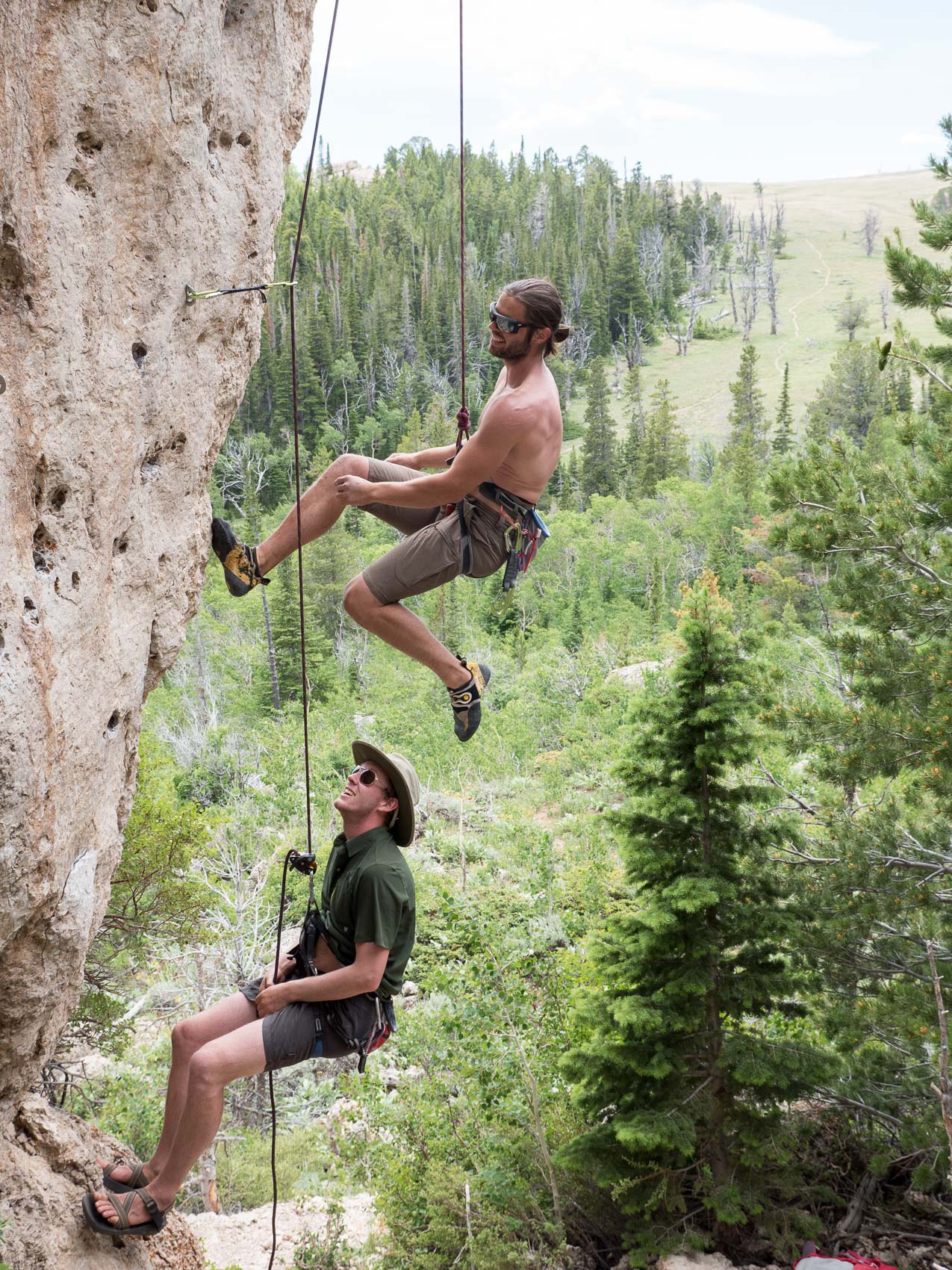 At one point, when Will was failing to live up to his beard in front of a pretty lady, I told him to stop being such a quitter and send. OG backed me up:

Yeah Will, quit flicking your quittoris and get up there.

A quote for the ages, I'd say. 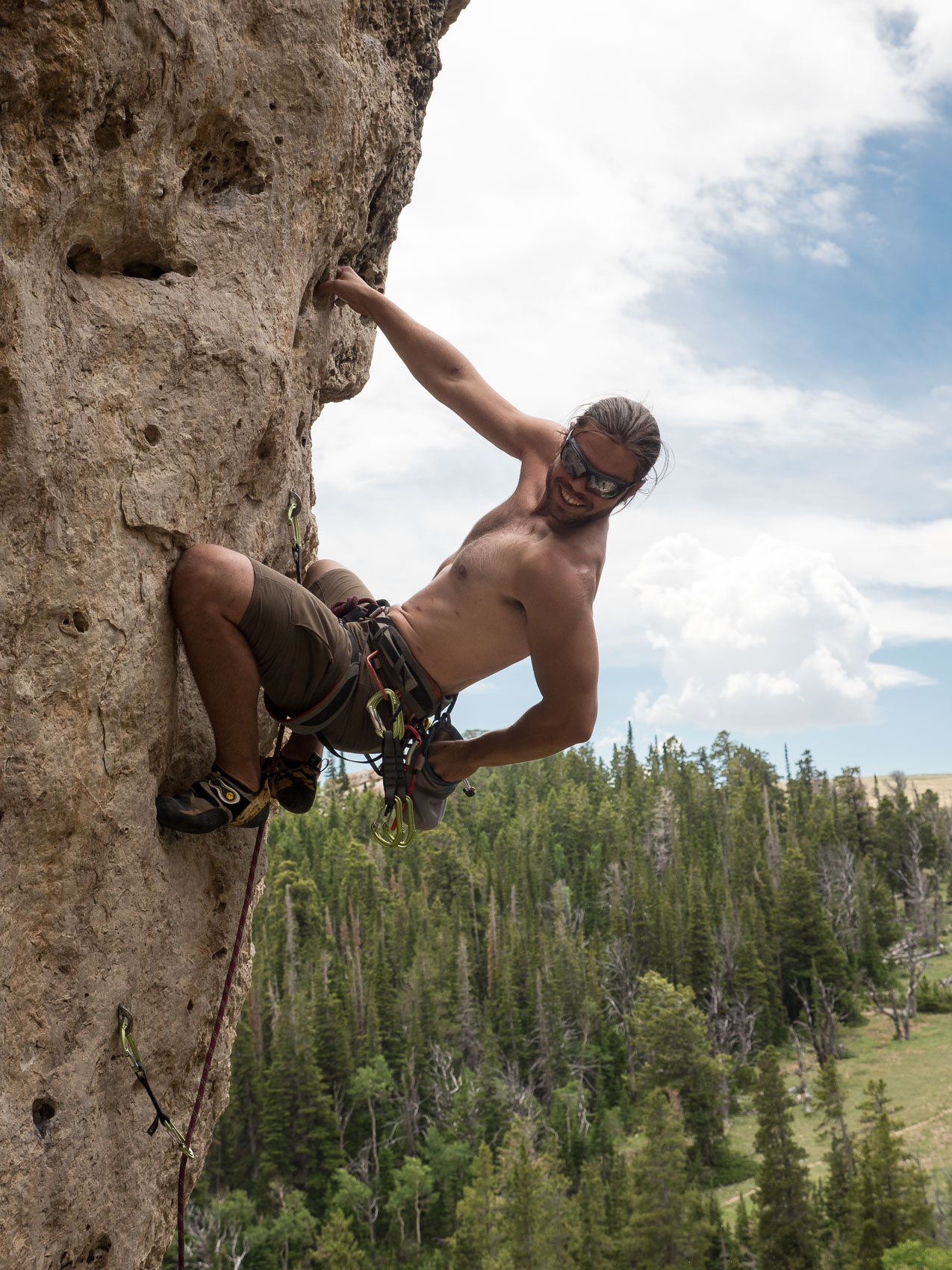 OG and I put down some 8 routes that first day, with two of those ups being on Diamonds and Rain. I learned the betas in the morning, then came back for the send in the evening. 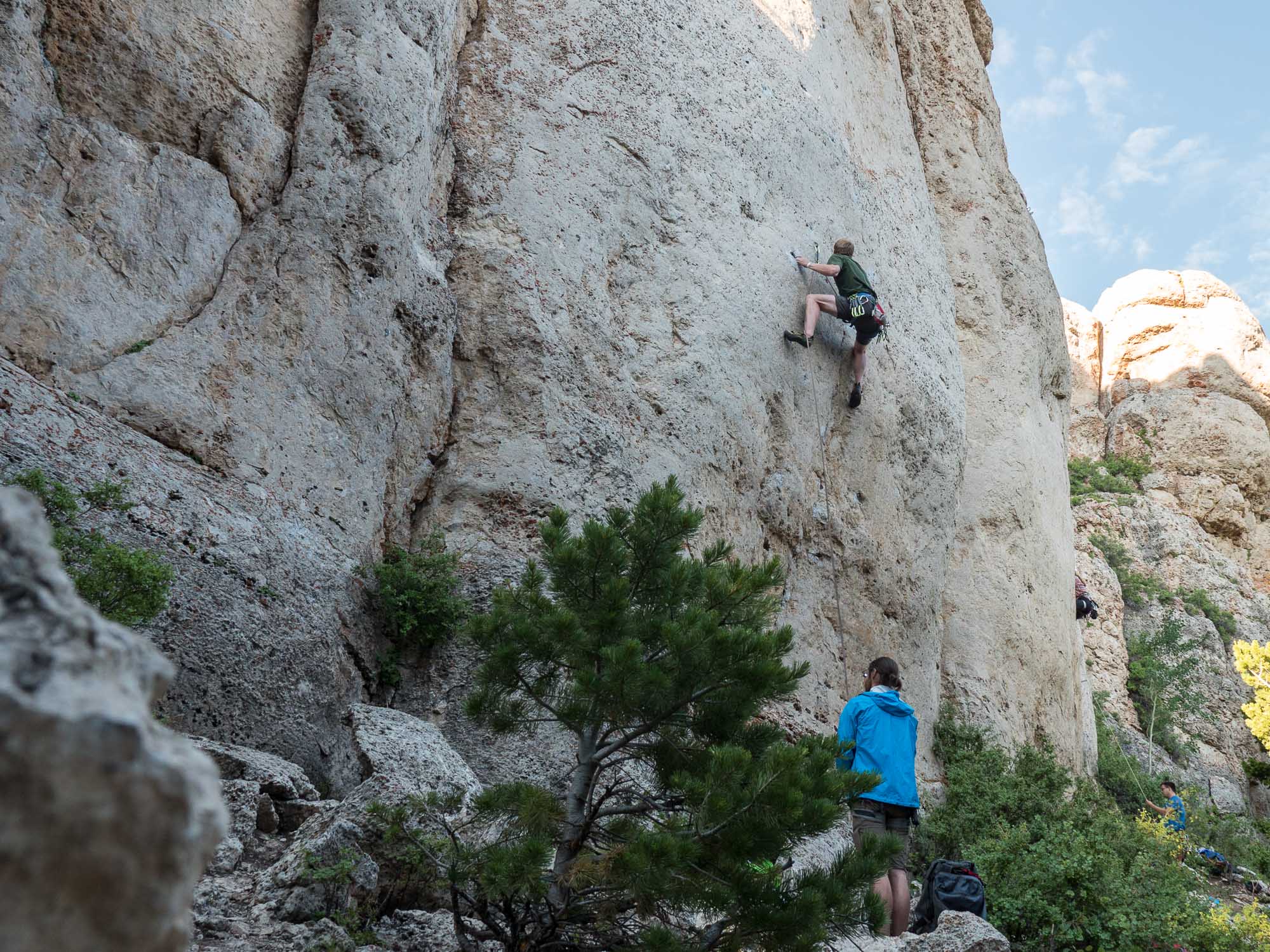 8/23 moves into the crux of Diamonds and Rain

It did not go, which perhaps is not a shock. Your 12a redpoint attempt probably shouldn't be your eighth route of the day.

I did, however, float through the very sequency crux - iron cross, mono, right foot smear, hand-foot-match, lock-off, mono, sloper crimp, shitty pocket, mono, ... - which was a good sign for next time. 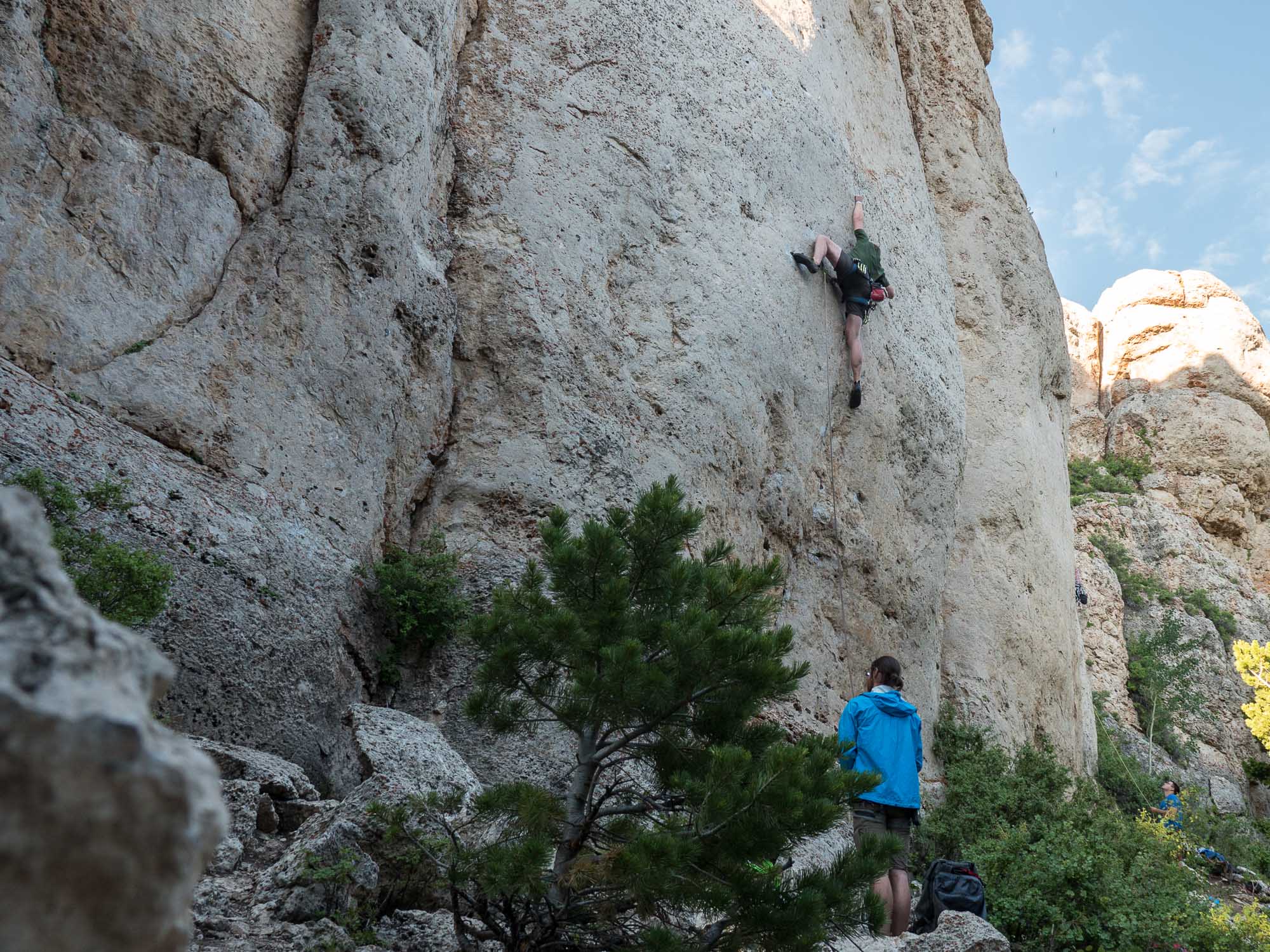 15/23 moves through the crux. You will notice my right foot hasn't moved.

Sometime before all that I got to watch Will take an epic Wilhelm 40ft pinball-clanger off a 10b. Only Will....

In the evening we did what you do camped at the OK Corral:

walk down the washed out road, 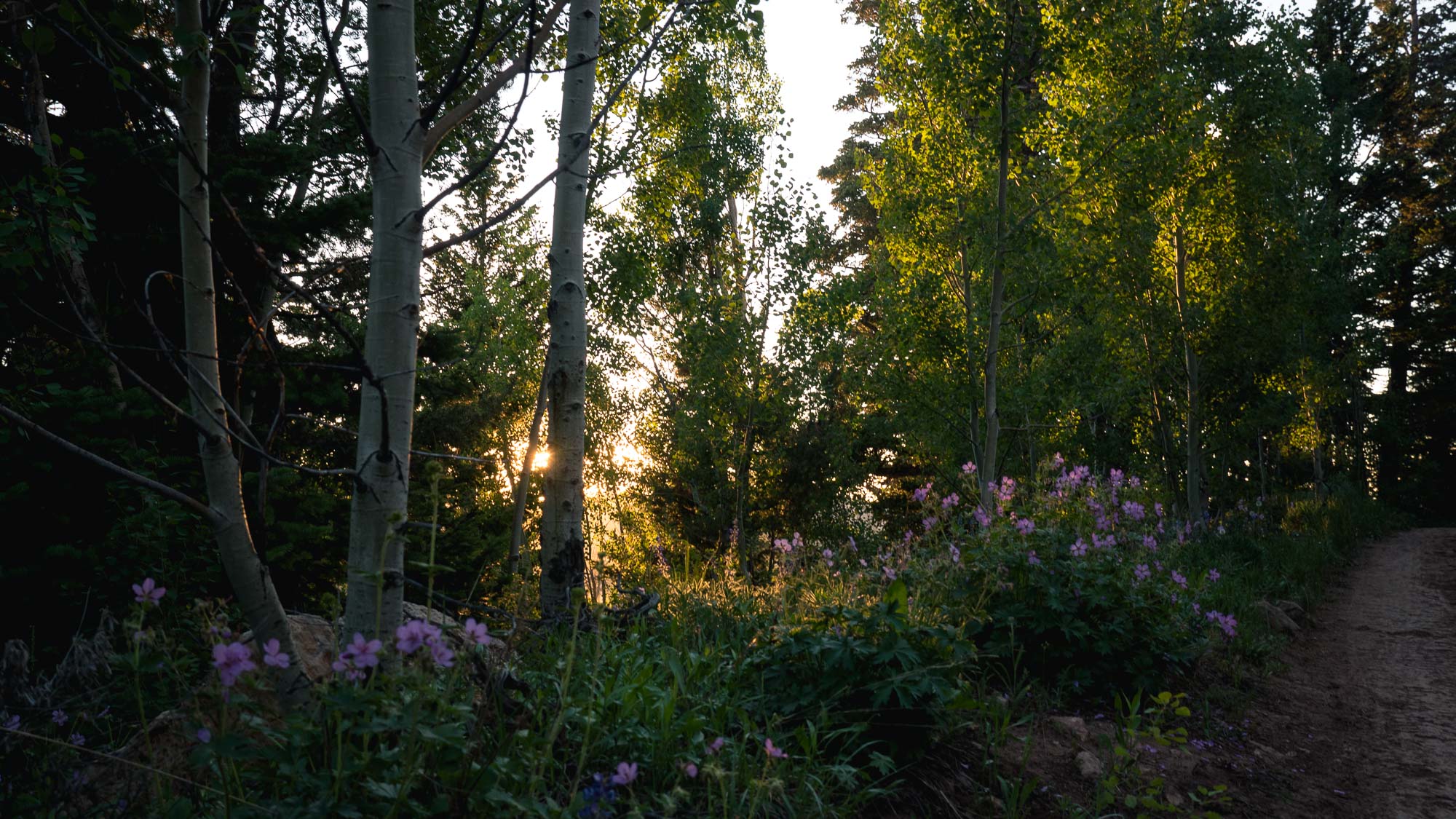 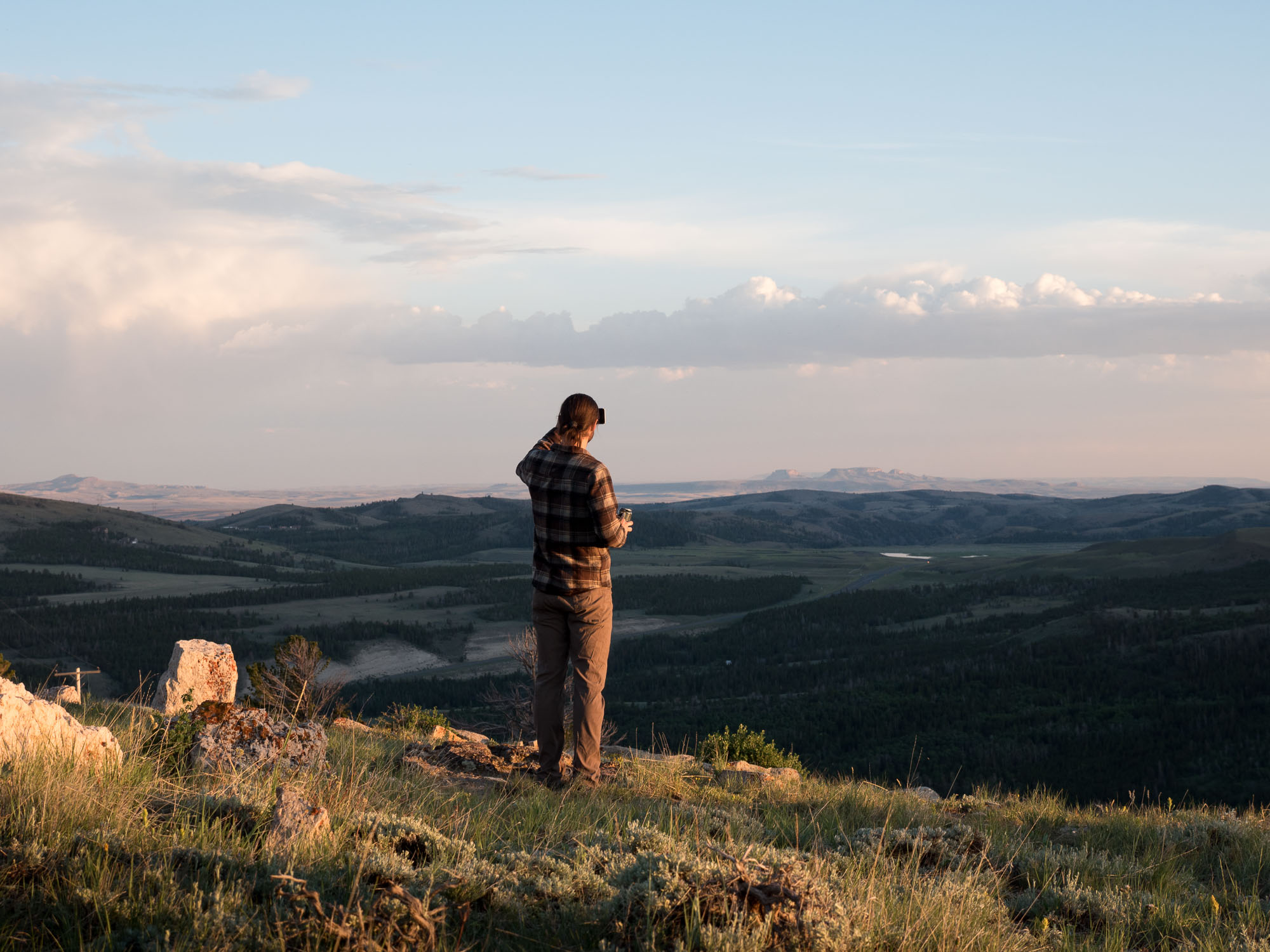 and watch the sunset over the winds. 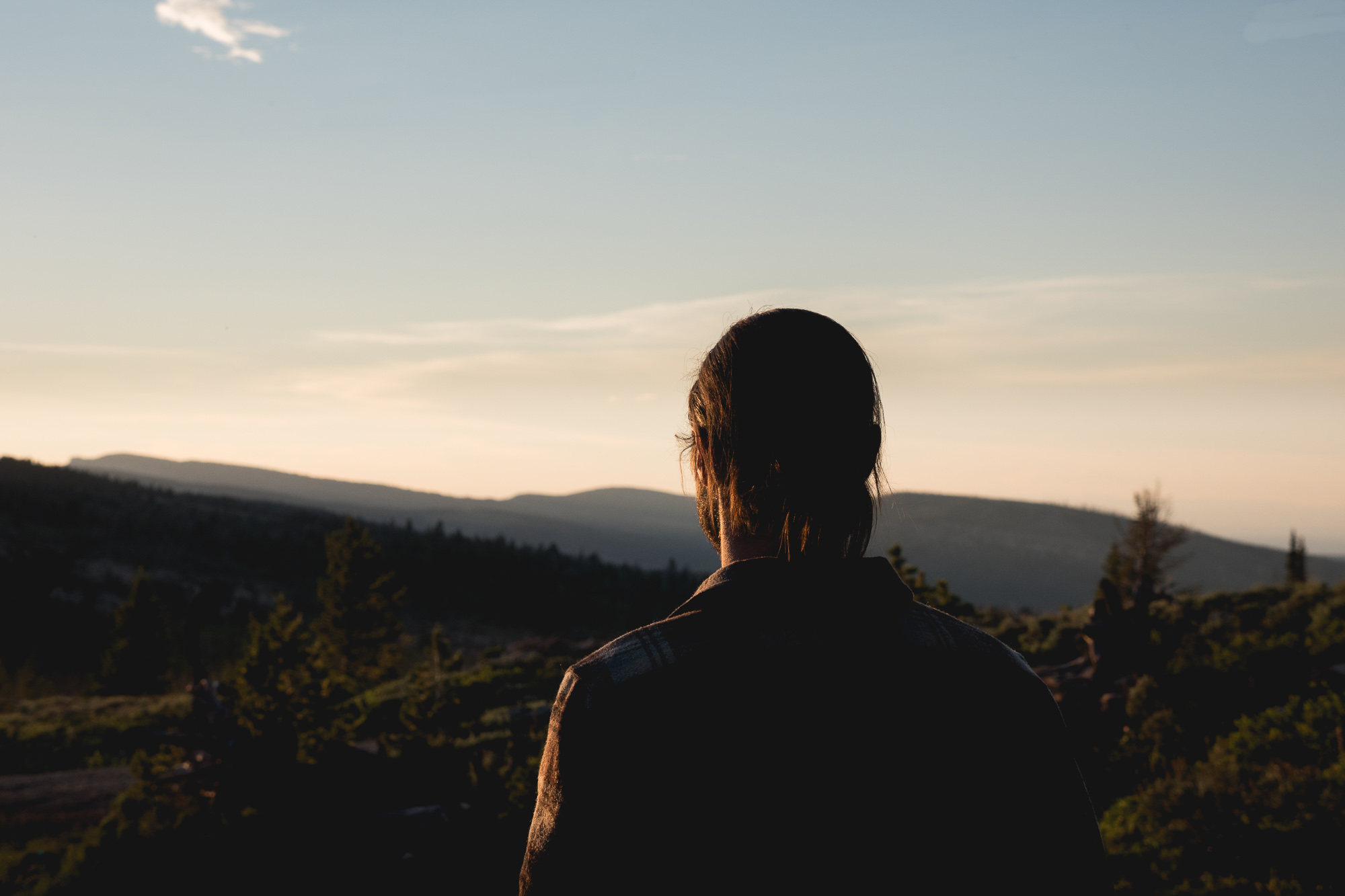 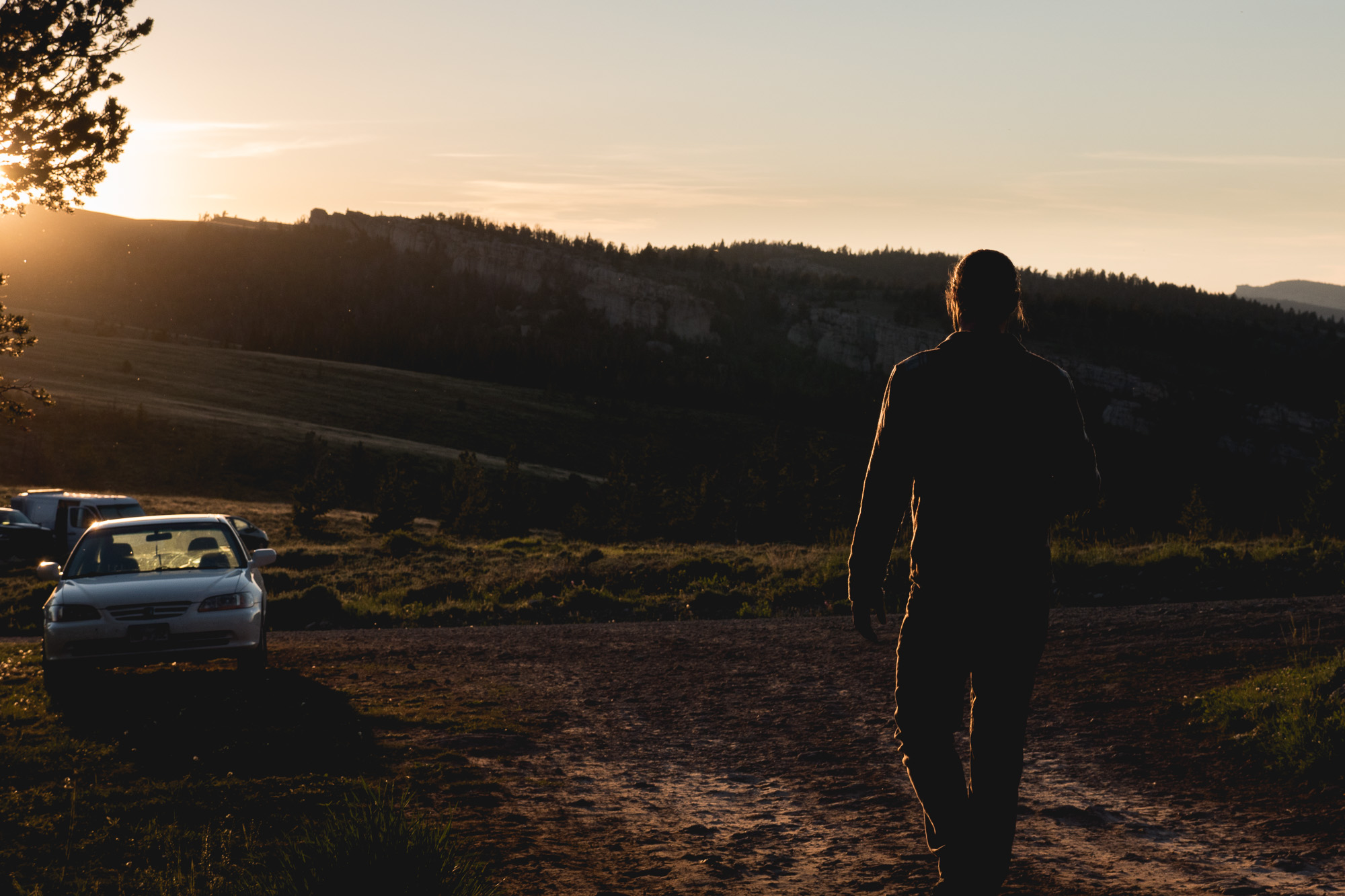 In an effort to avoid the crowds we'd run into the previous day, Will, OG and I went to The Aspens on Sunday the 3rd. 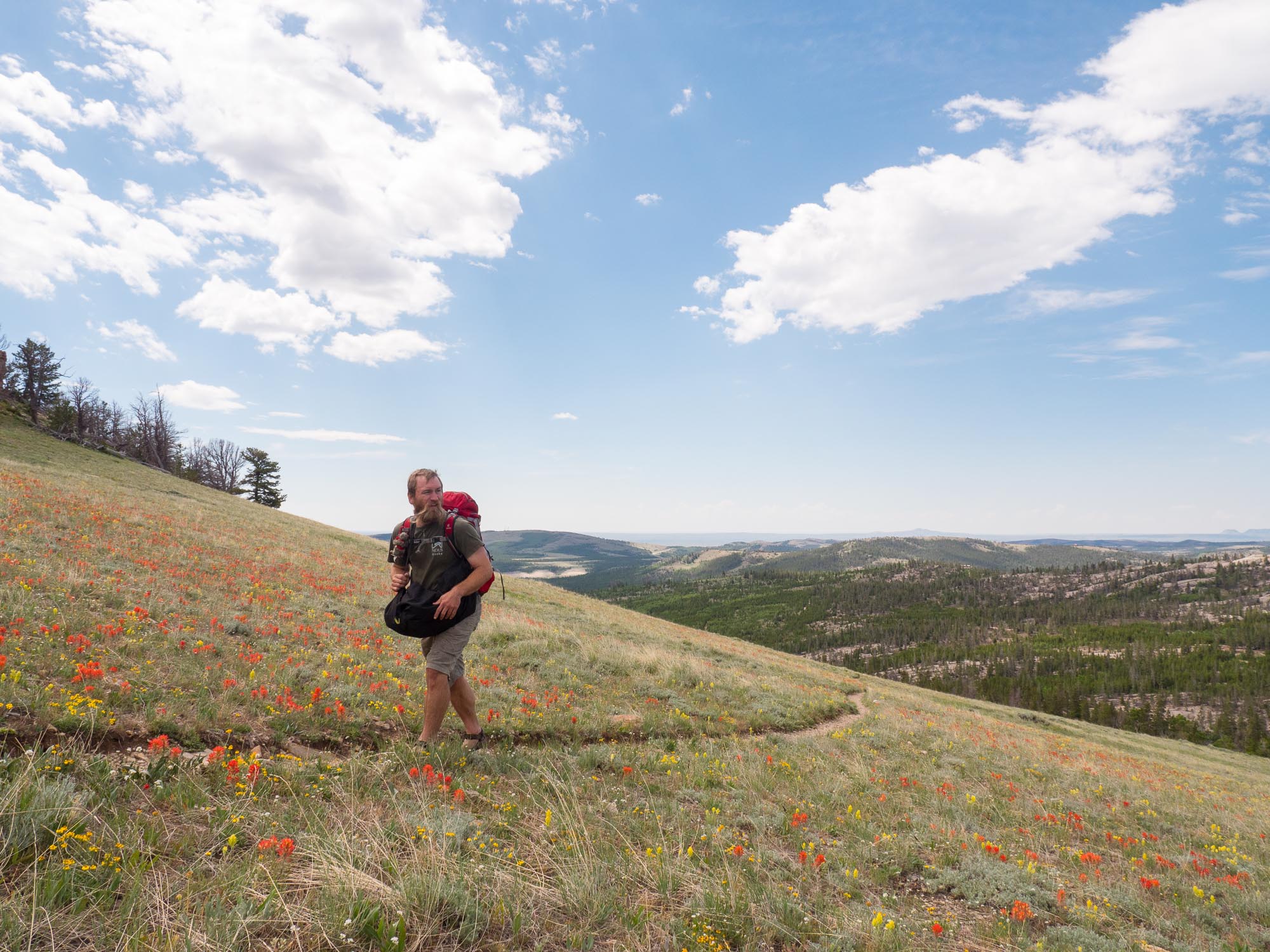 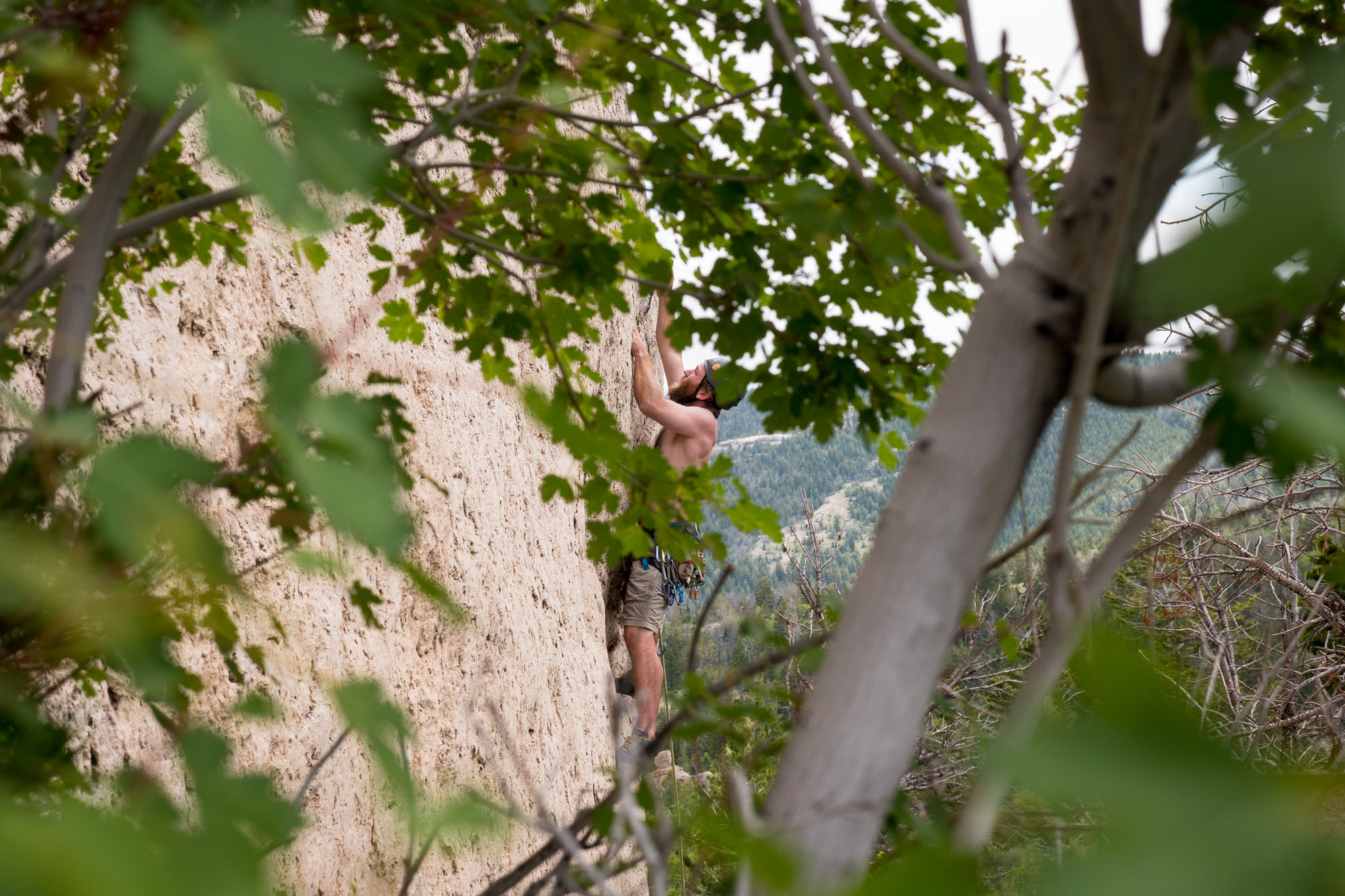 That day I began reworking Butch Pocket, finding a secret hold and seemingly-backwards series of movements to move me through its crux. I was much lower percentage (meaning, fewer attempts succeeded) on this crux than Diamonds and Rain. 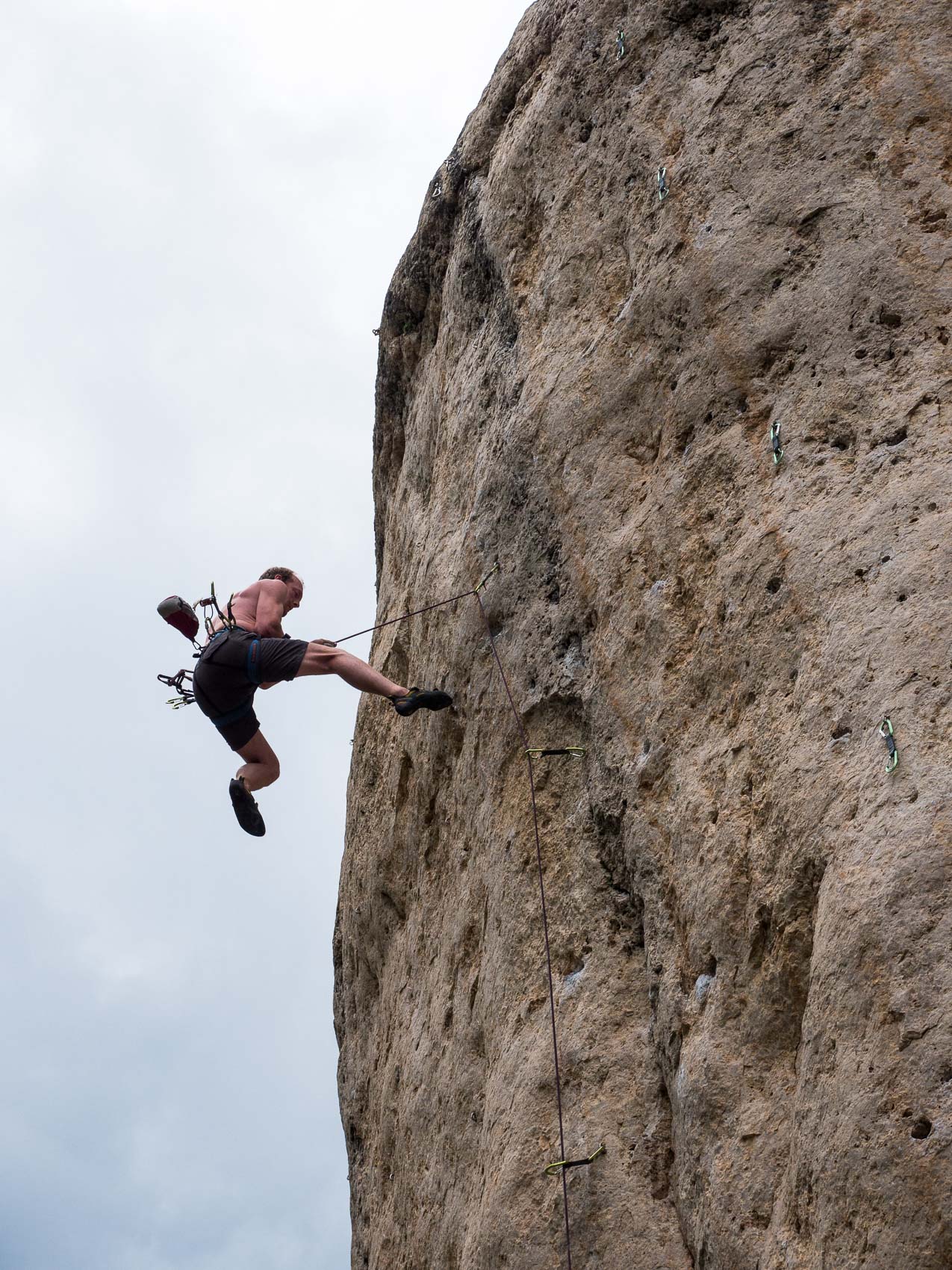 I got very good at this whipper over the summer: Butch Pocket

After ruining myself by cooling down on an 11c I hadn't touched before (All He's Got - and it was) we hiked the crest back to our car. 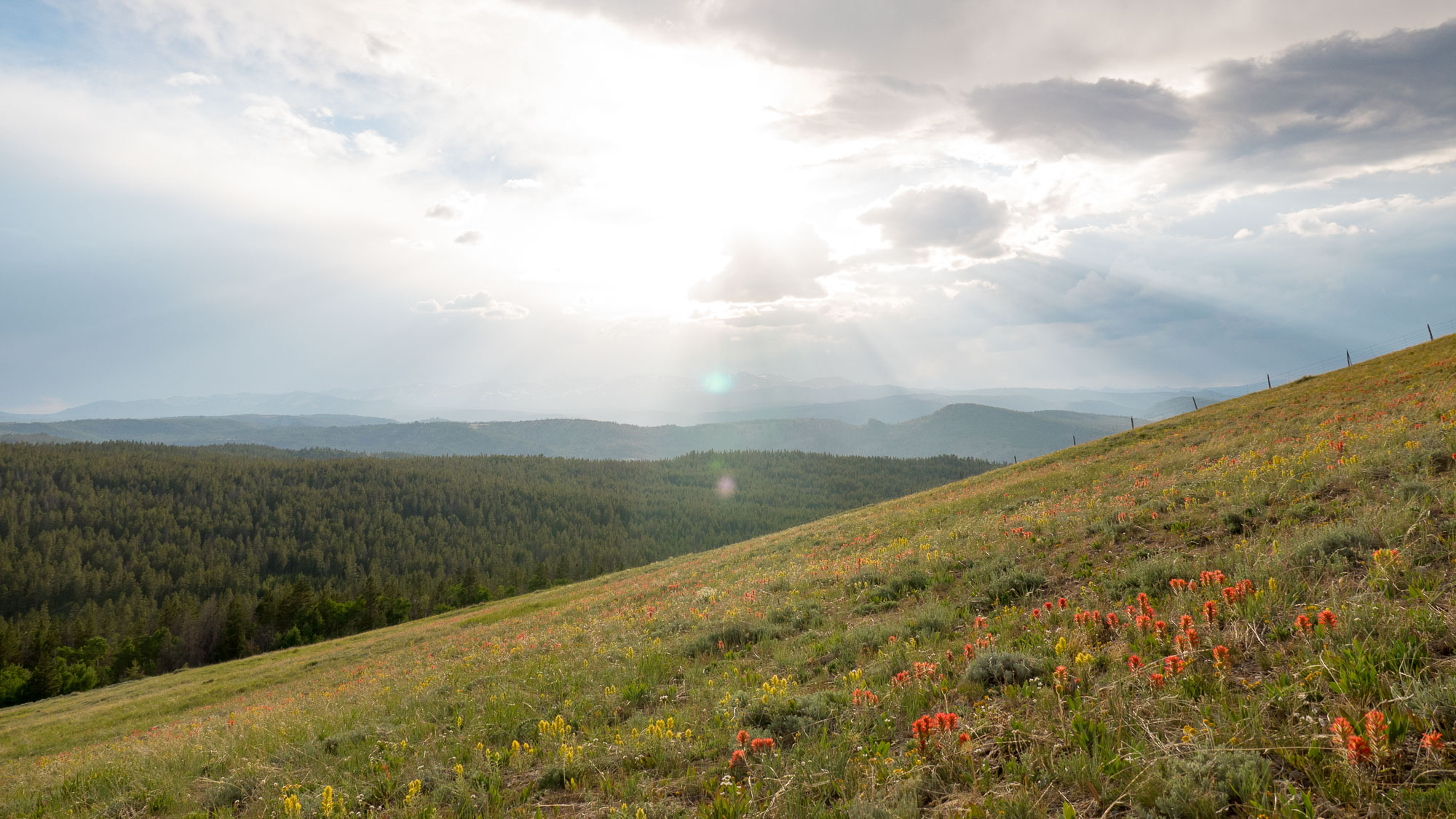 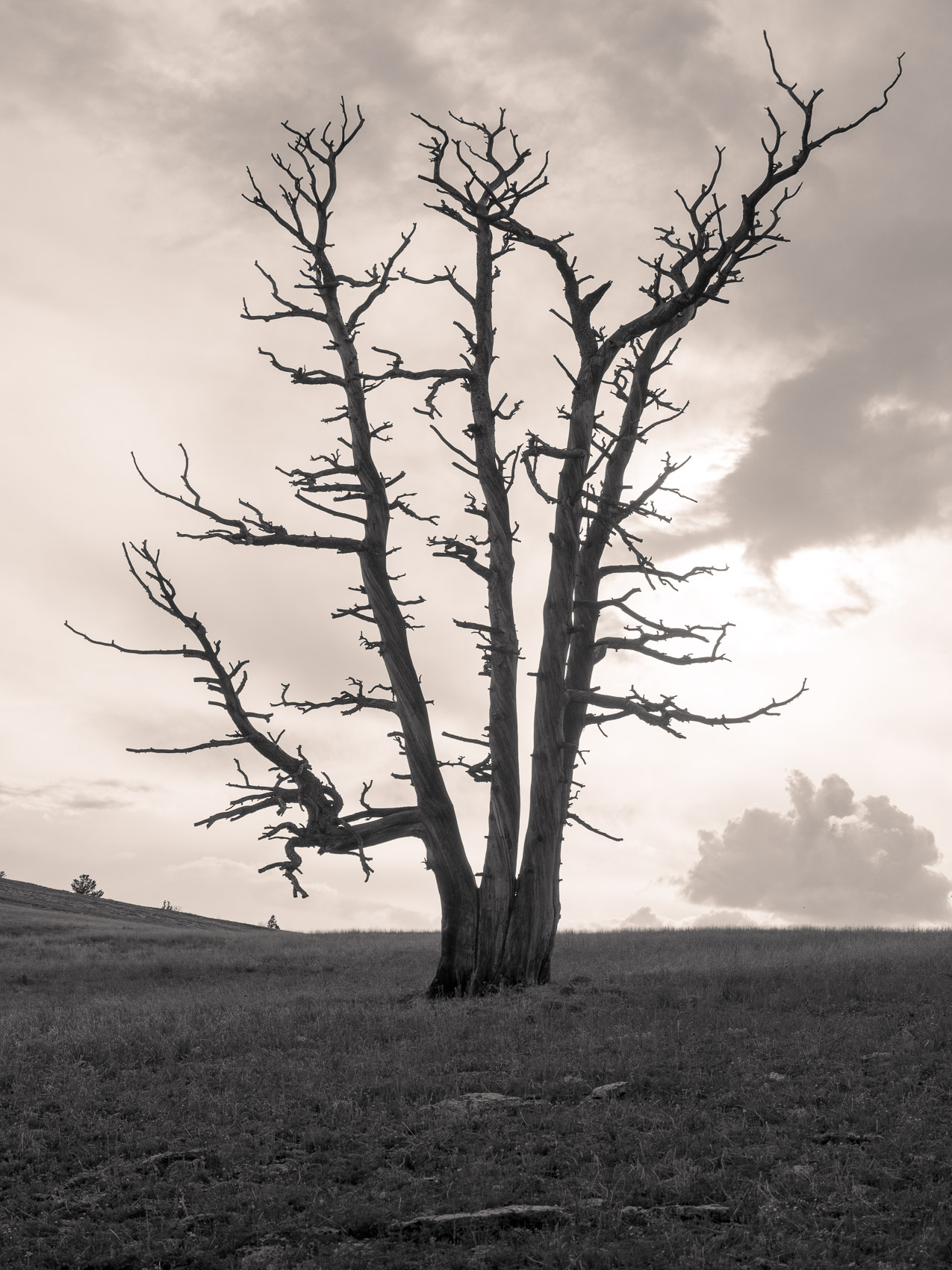 Back at camp that night, drunk on a bag of wine and a bottle of Will's home-made mead (a toast: Here is to bringing friends together, getting to know them better, and being tired at the end of each and every day.), we spoke philosophy. Will told me that my worldview had (unsurprisingly) already been thought through much more seriously than I ever bothered to do, and was called Existentialism.

... that each individual—not society or religion—is solely responsible for giving meaning to life and living it passionately and sincerely, or "authentically." 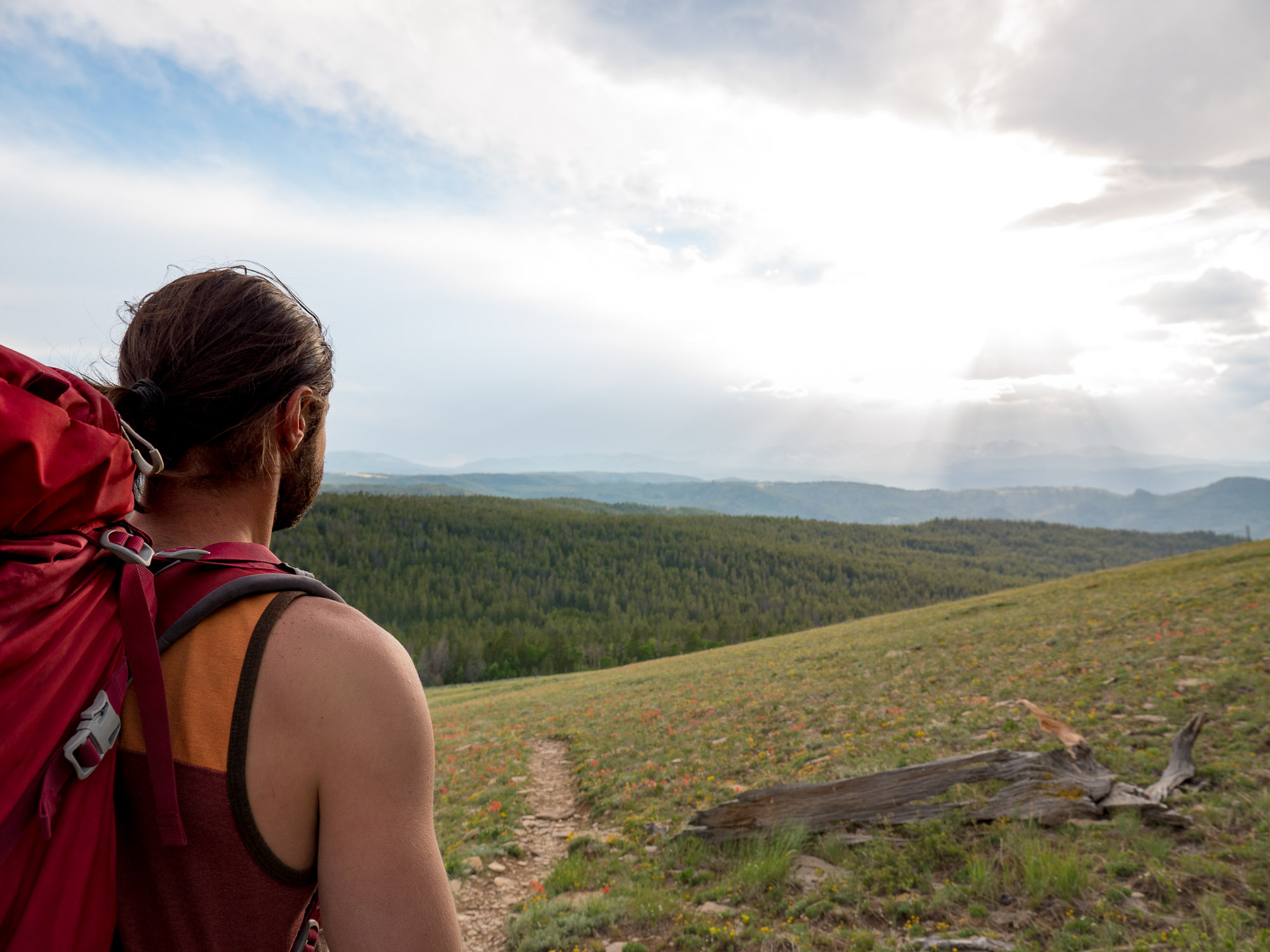 I quoted some of my non-Wikipedia philosophy back at him.

As soon as you're born you start dying, so you might as well have a good time.

I think that one's called Hedonism? 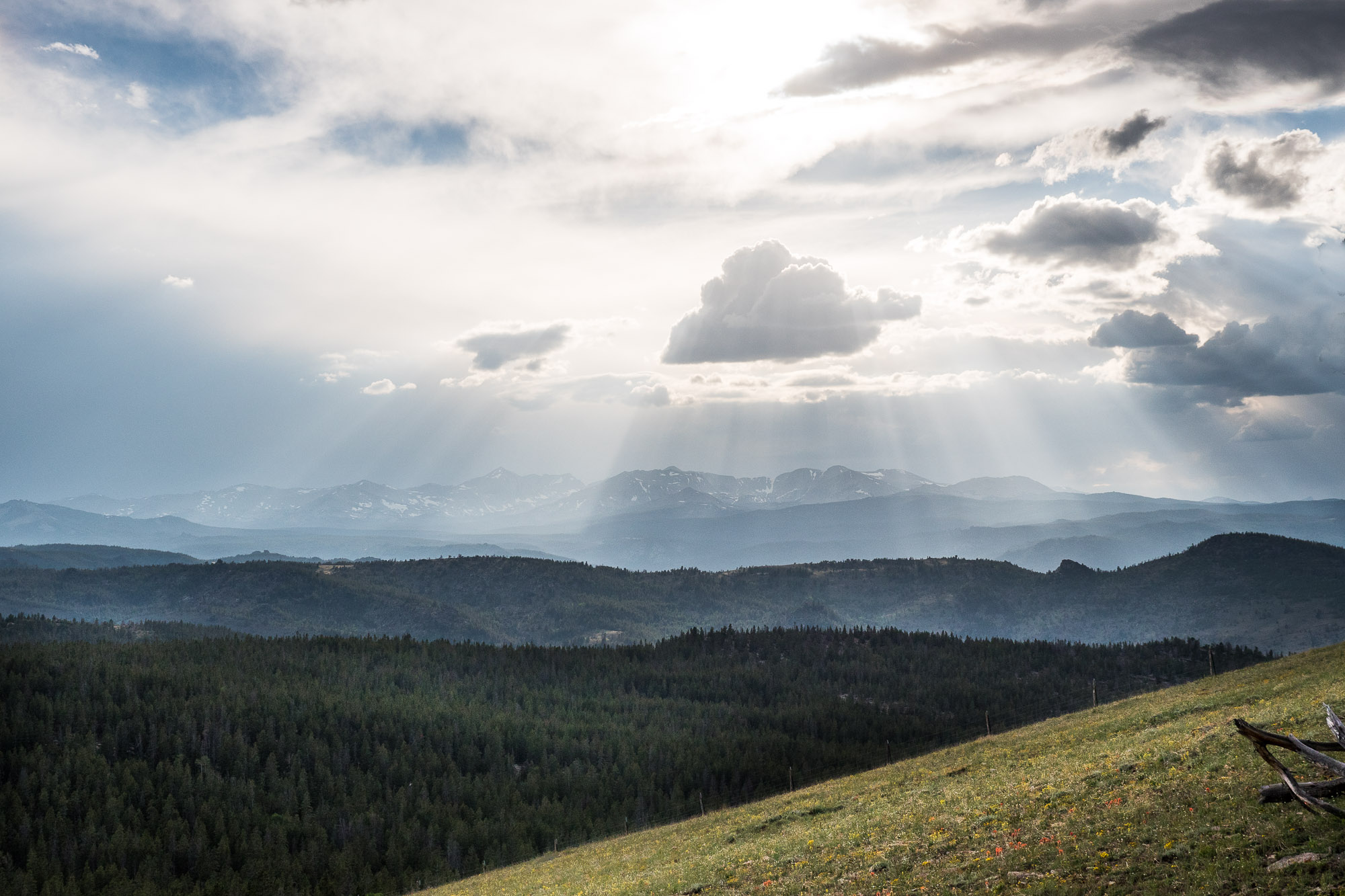 Octavian and I split ways with Will on Monday, warmed up at Main Wall (this was the only time all summer I hit Main Wall), then got stormed off of Hot Tamale Baby. We took that as a sign that our time was up and left, satisfied with our weekend and psyched to come back the next. 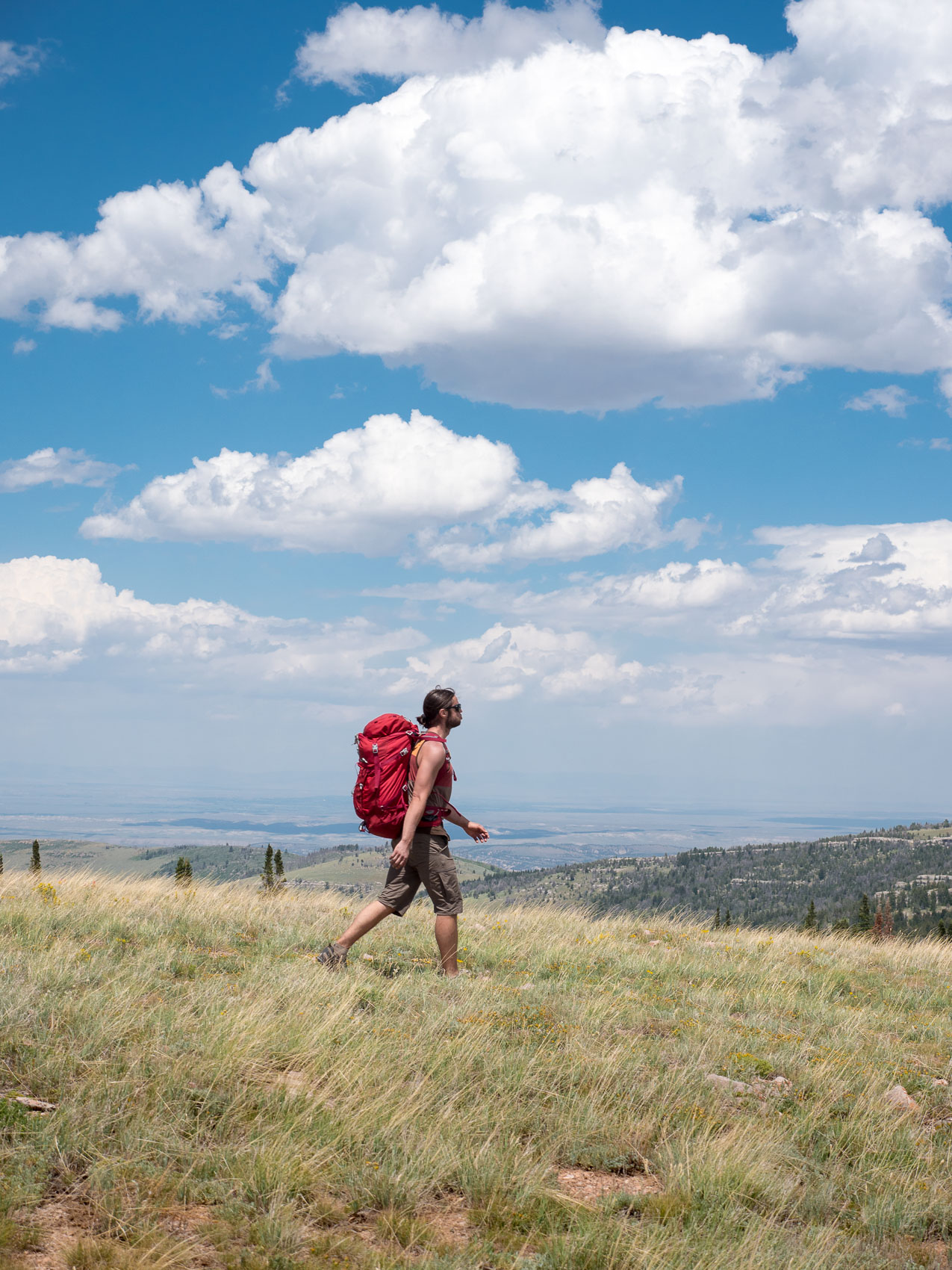 We popped out of the car forty miles from Rawlins to stretch our legs, and ended up hanging by a fence to enjoy another great Wyoming sunset. 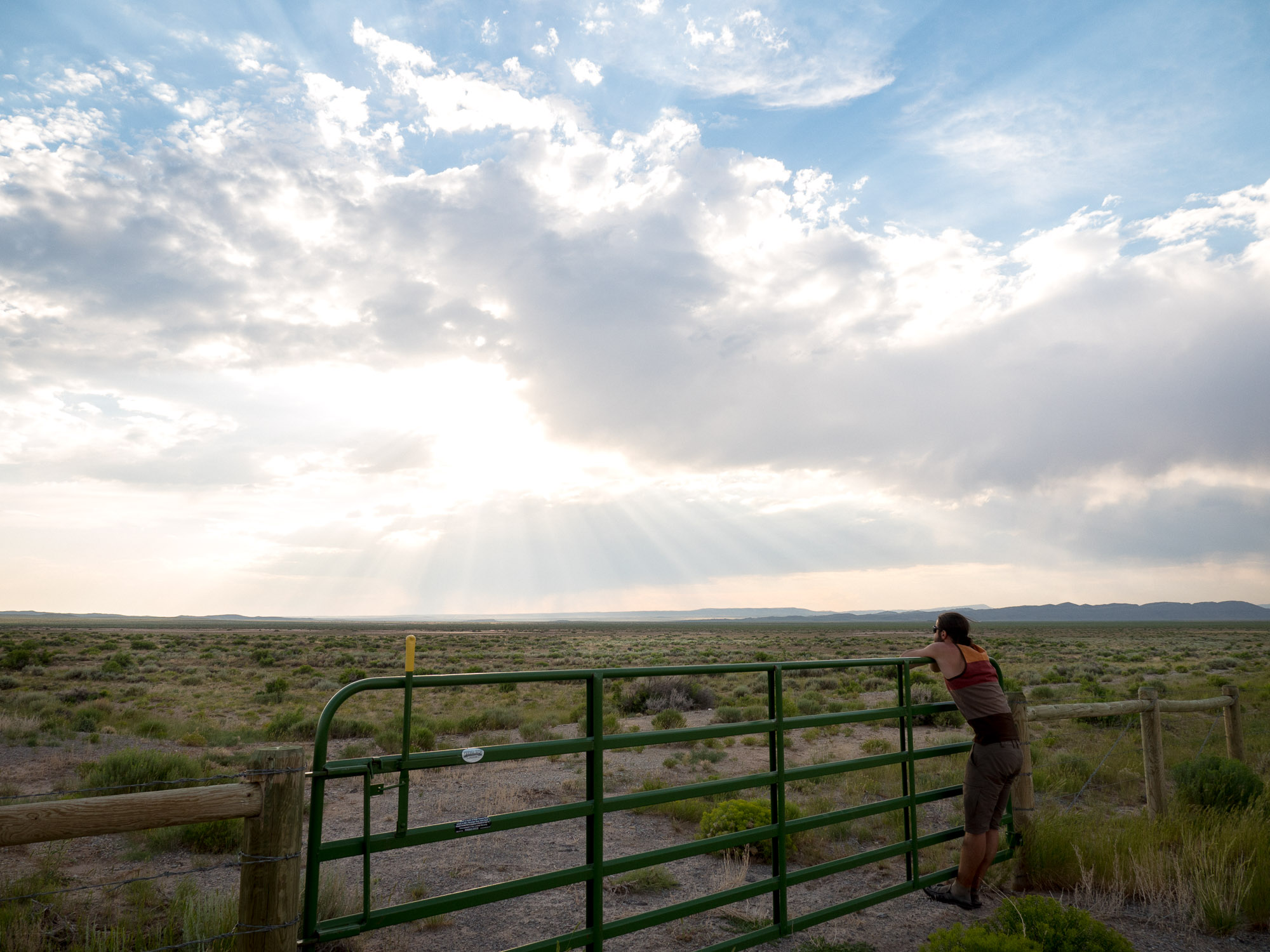 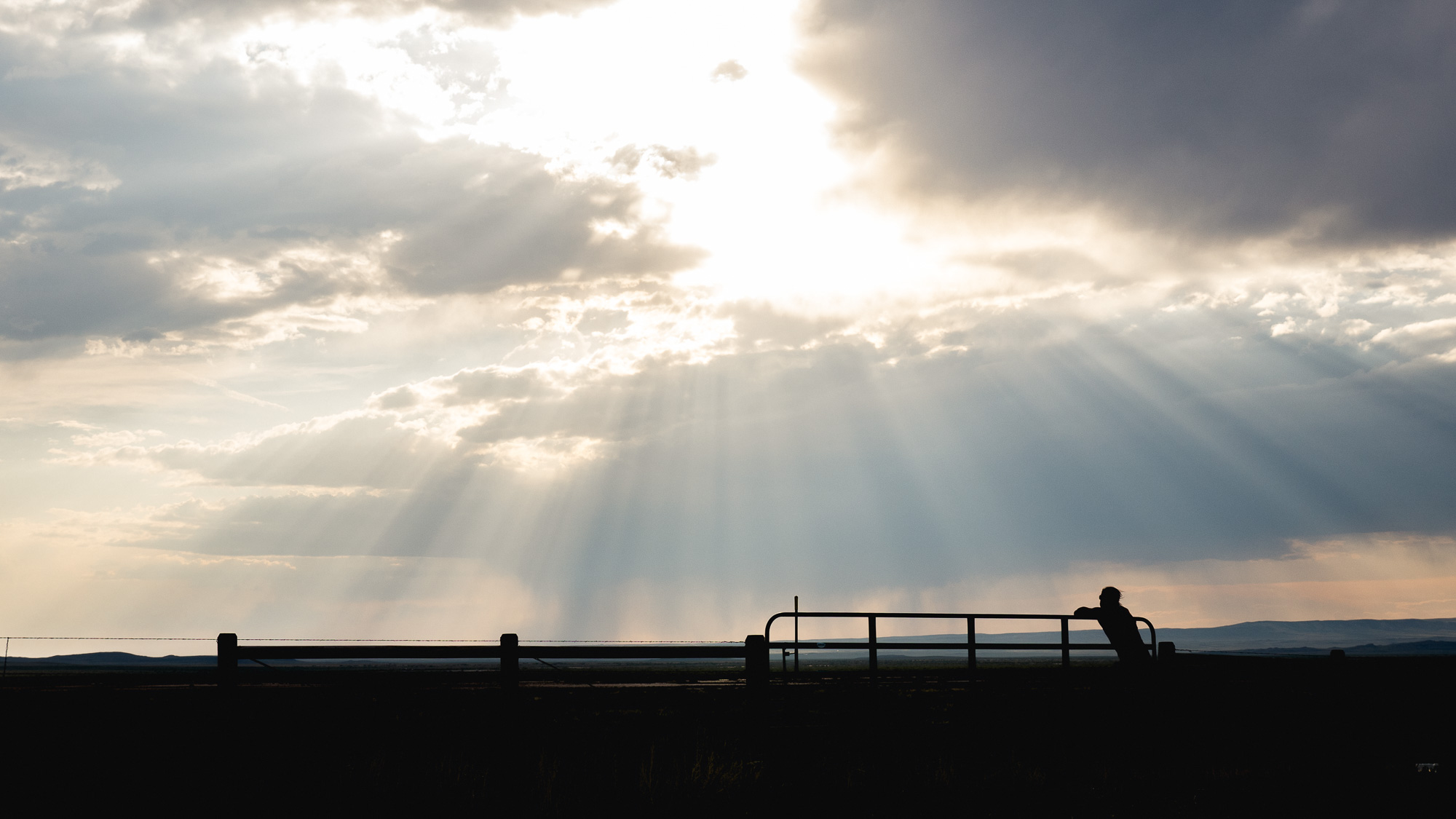 Four days later, OG was back in Ahab and we were back on our way to the Iris. 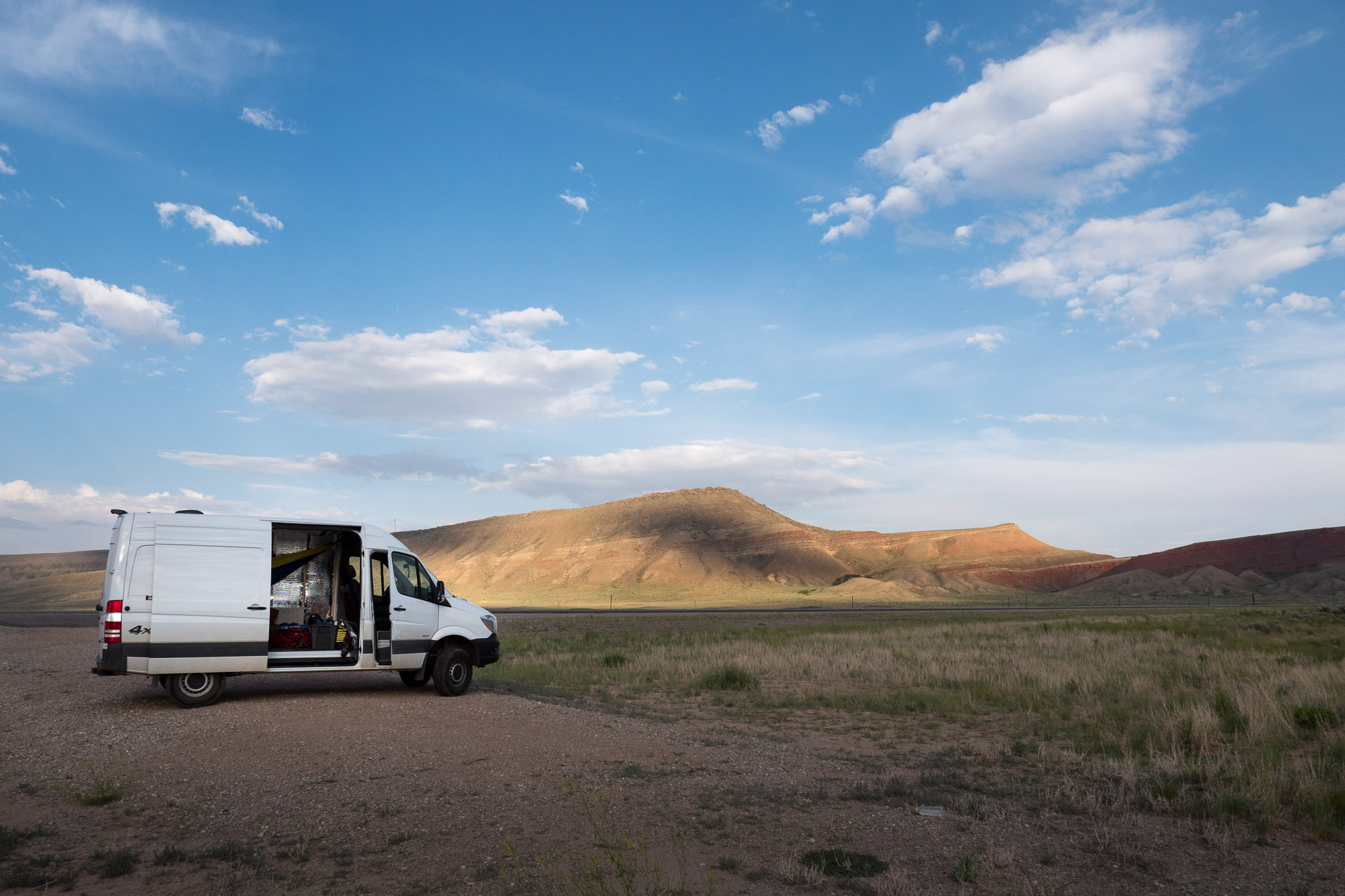