If I ever made a skintrack like this, you'd tell me, right?

If you ever made a skintrack this bipolar, I'd be seriously concerned for you.

Tuesday there would be no good snow, and we knew it. But with Chris's OCRD (obsessive compulsive recreational disorder) and me being me, we were out skinning again regardless. The first fifty feet of the skintrack to Oliver had turned to ice in the warm weather, but even worse was the skin track up.

To whoever set it: you bastards.

Walking along the ridge to Oli we set our own track, and Chris put in his heelbar-required zigzags to the peak. 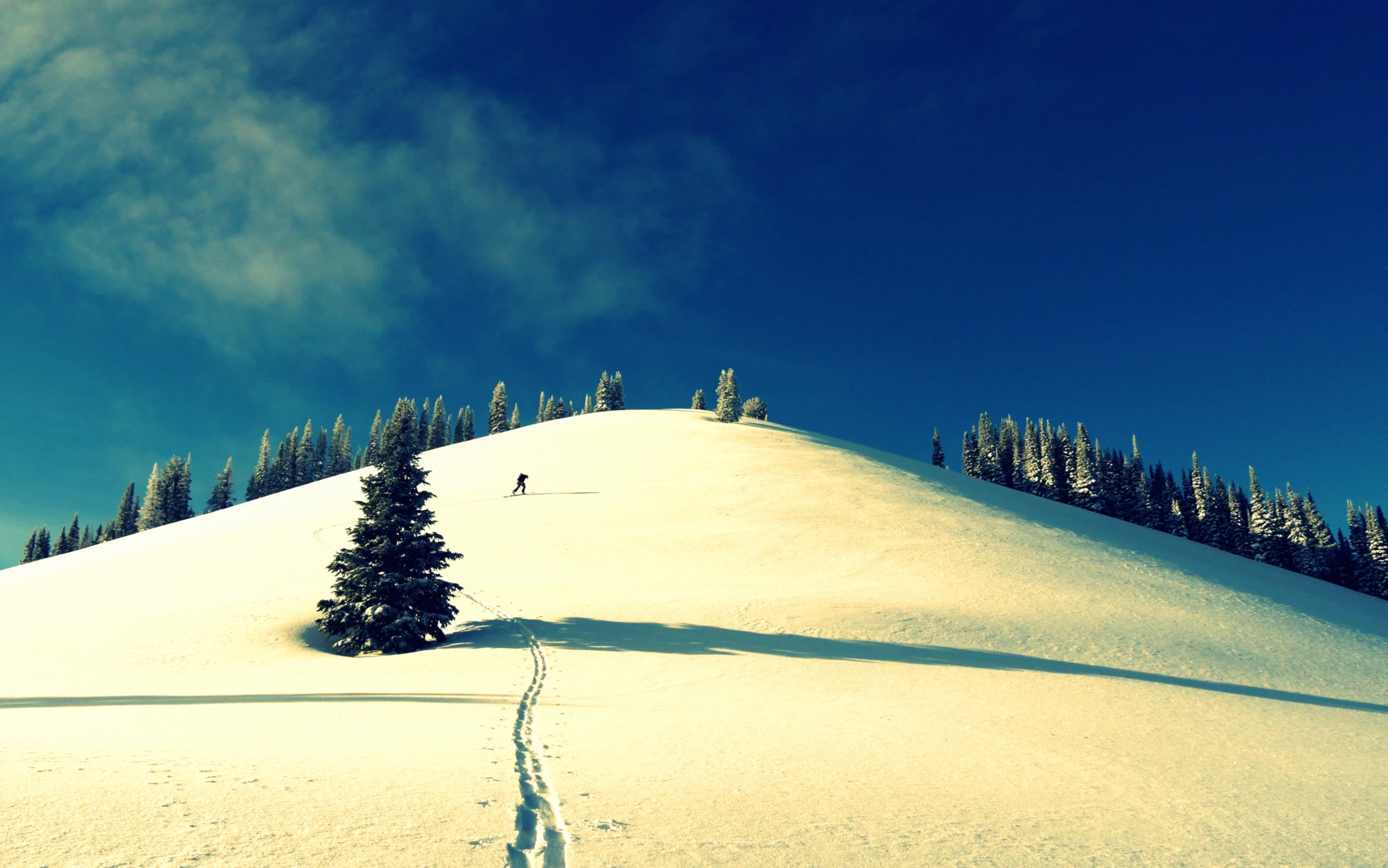 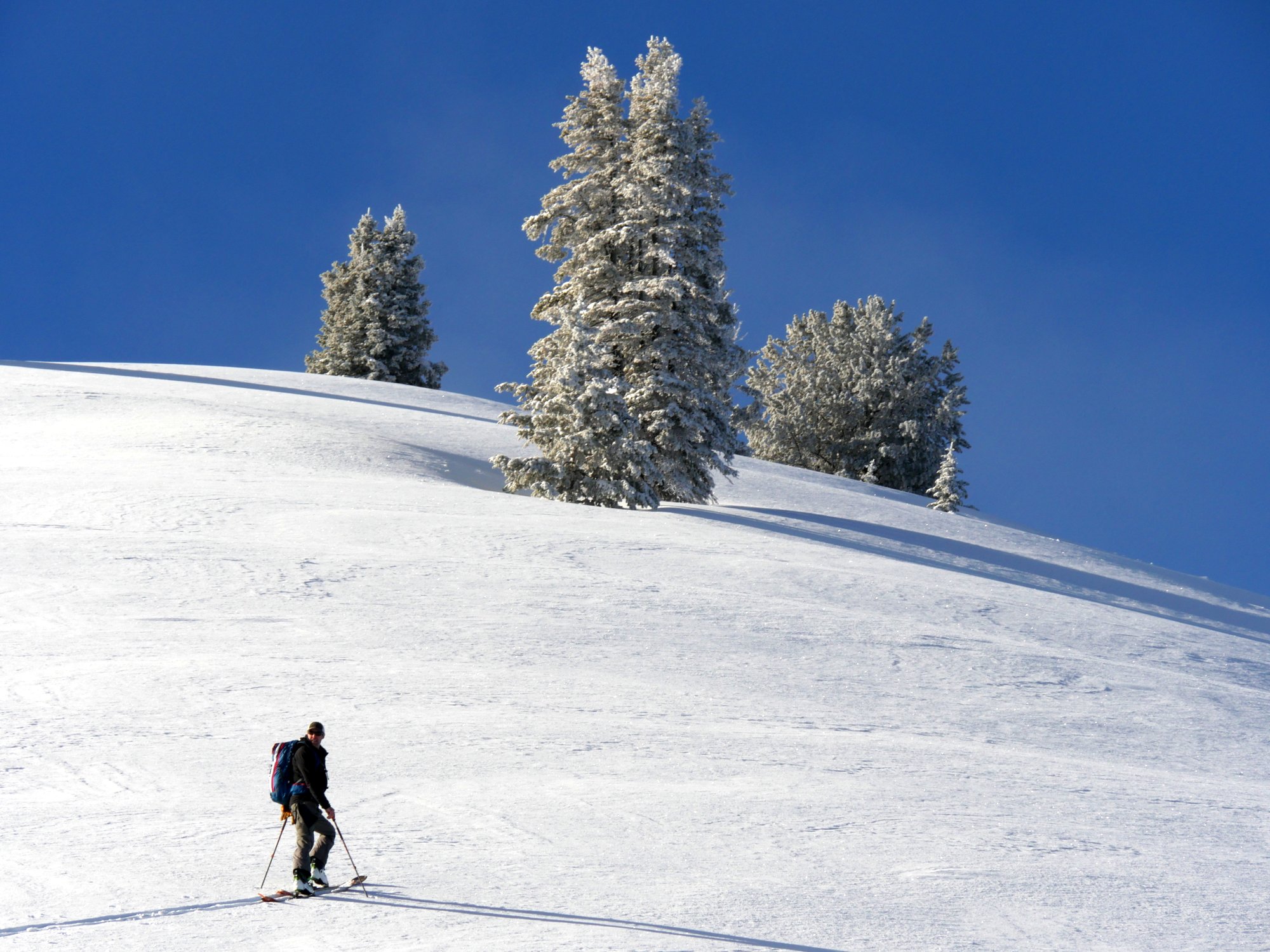 We did our first run off the backside, same as the last time were were out there. The snow was heavy, the sort that you just fly over, which just made a short run feel that much shorter. We both had fun putting in our turns though.

Not to mention, we had a nice view of our backyard. 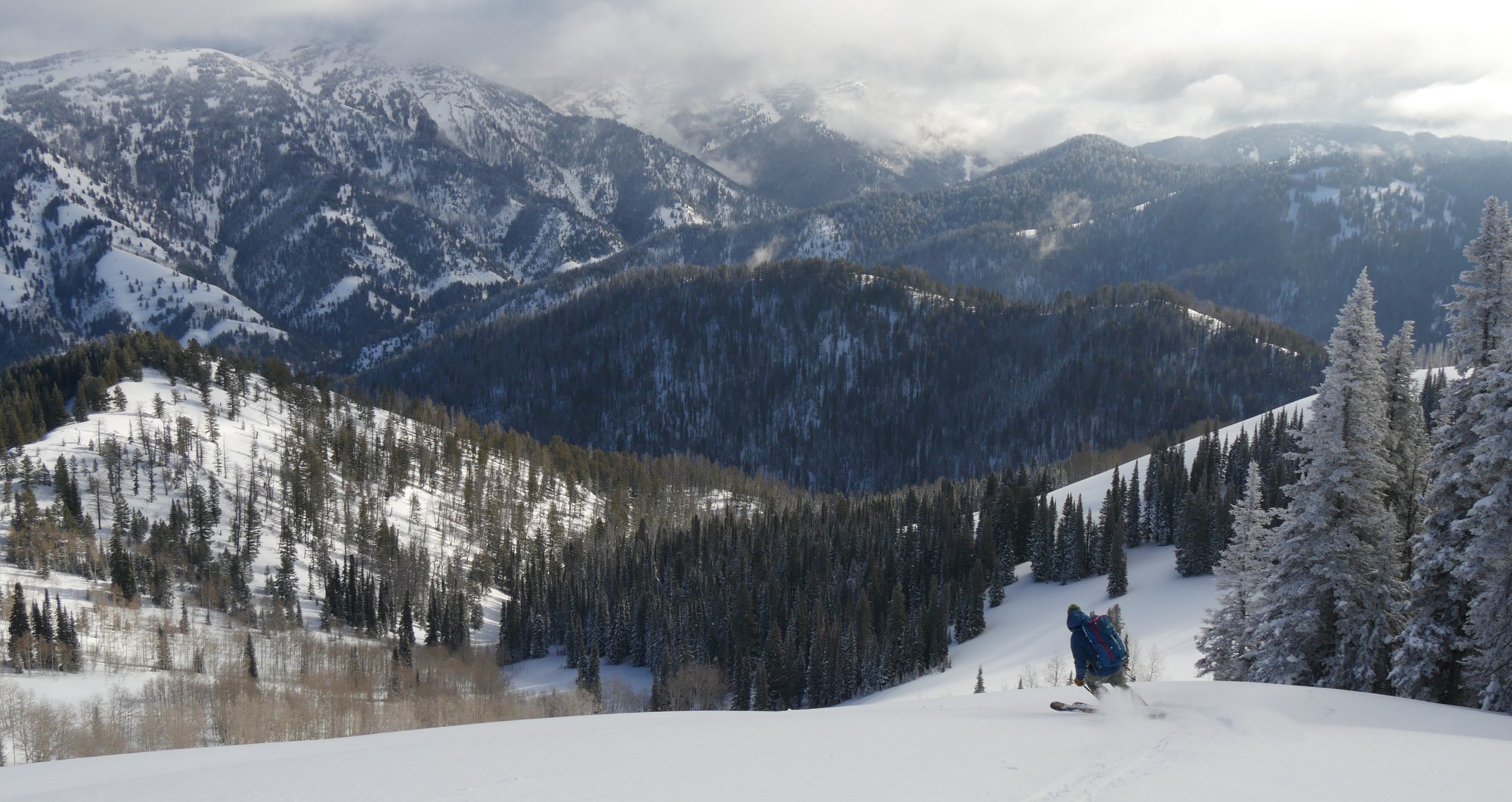 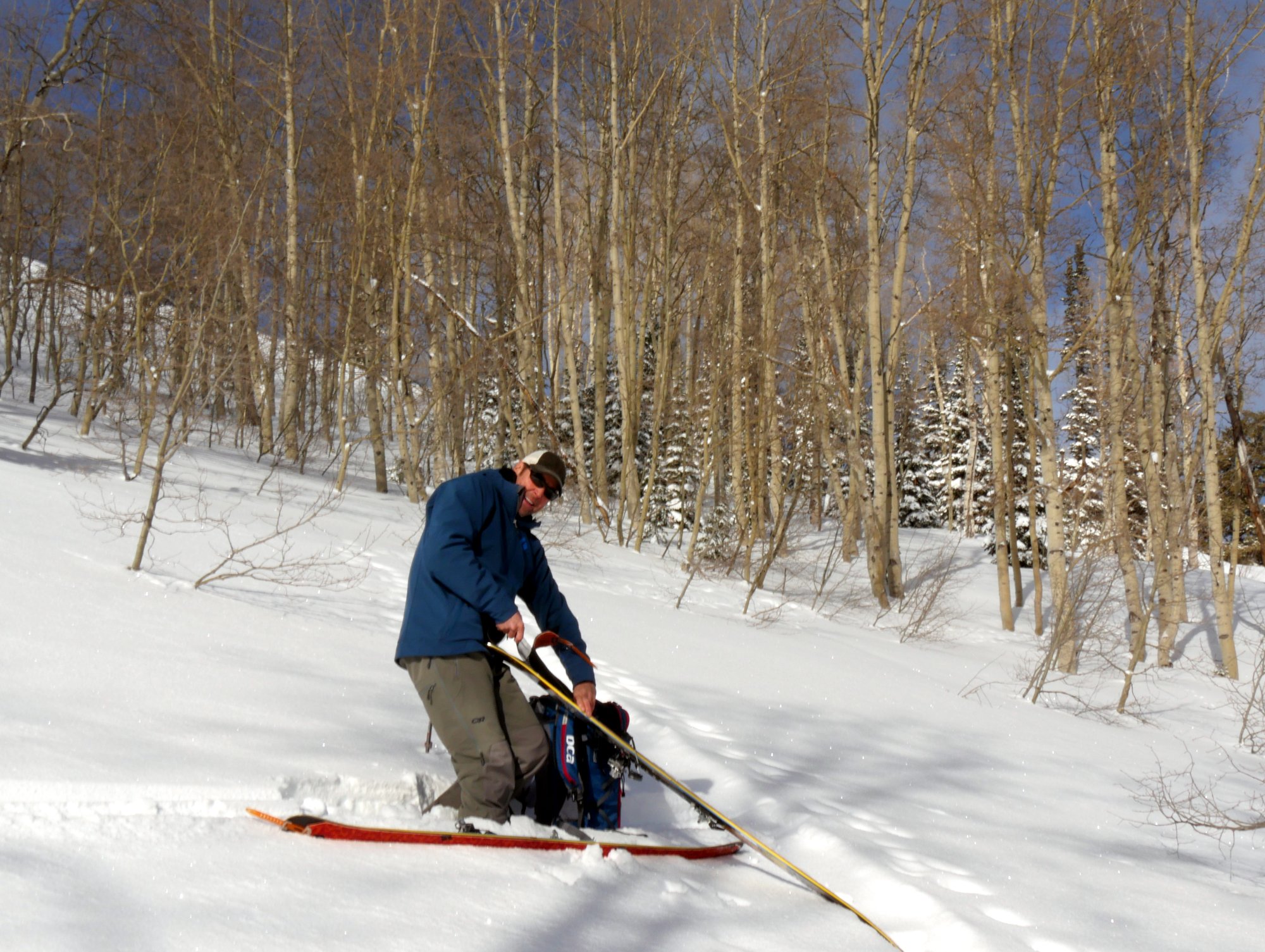 On the way out Stateline, we got to scope the crown of an avalanche a group had set off a few days earlier. We also ran into two skiers coming straight up the canyon, avalanche paths be damned. Ah well. 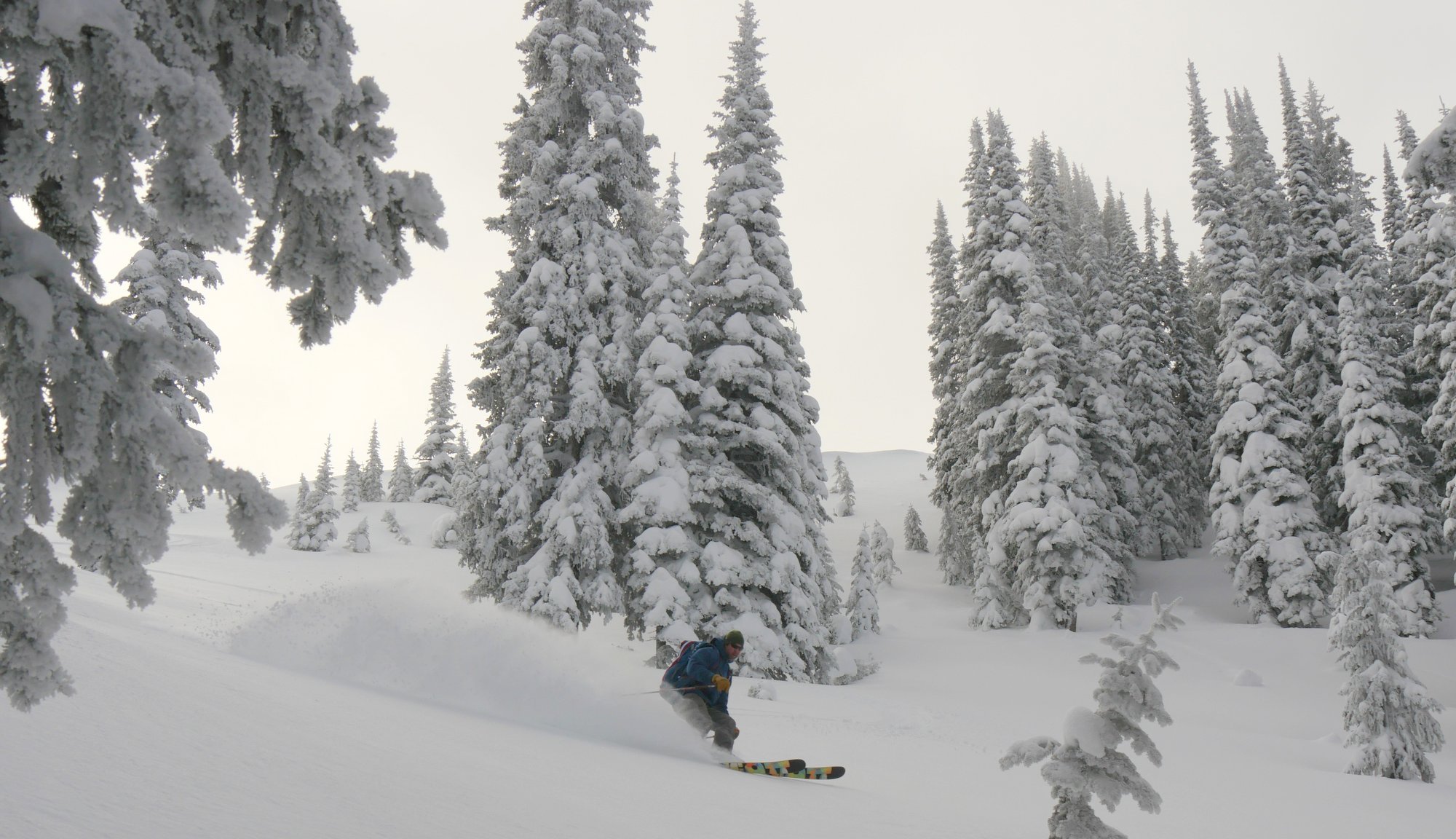 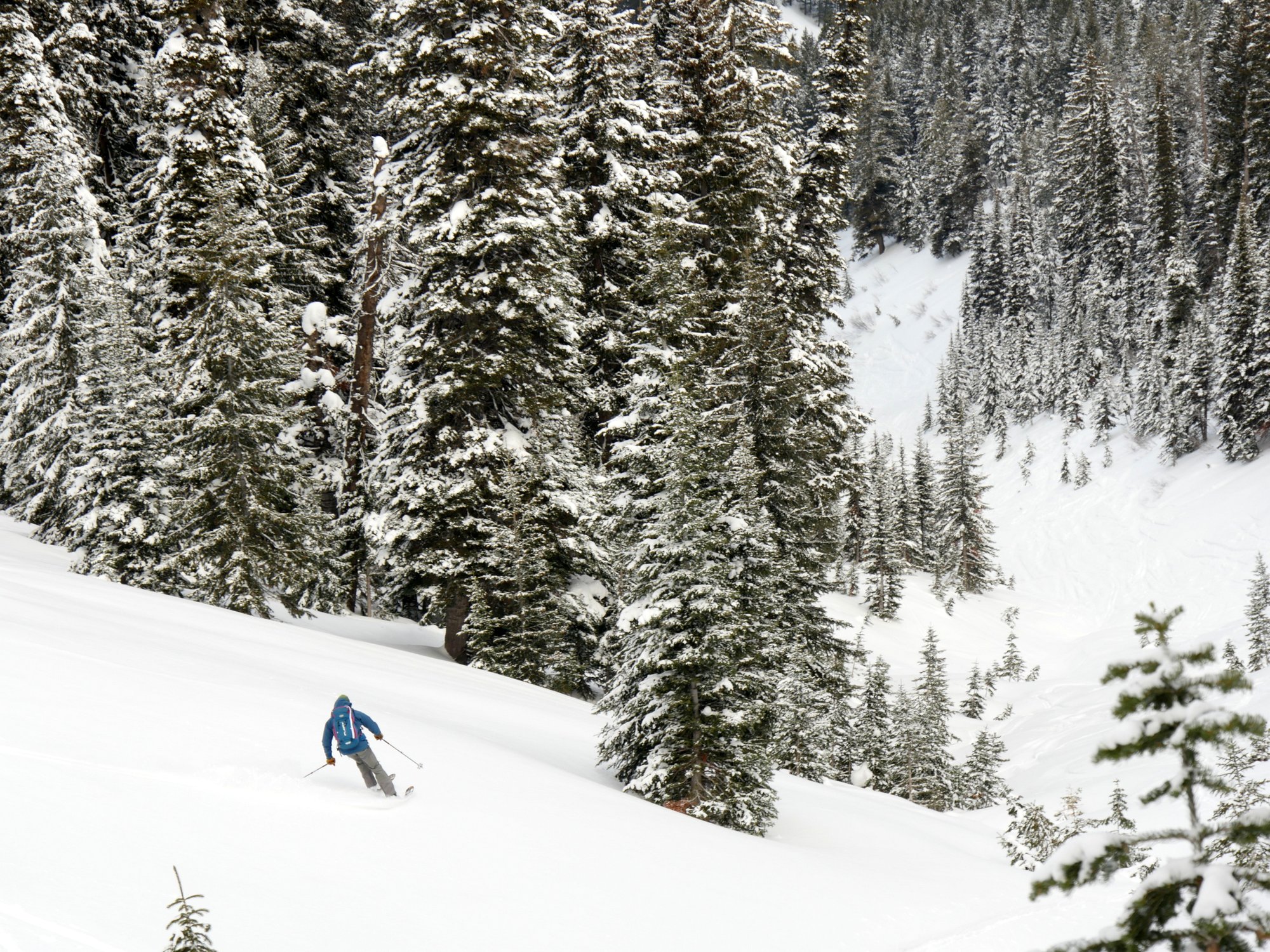 After a long hiatus, Jeremy and I got out together again, with Brad as our third. By Friday the snow was getting slushy and skied, but Jeremy and Brad took me to their secret spot between Ave Bowl and The Claw somewhere you'd never find it, ever.

The skinning, at all times, was horrendous. Man I need to be a skier! The down part went well though - we went down steep, treed terrain, just what I'm after. 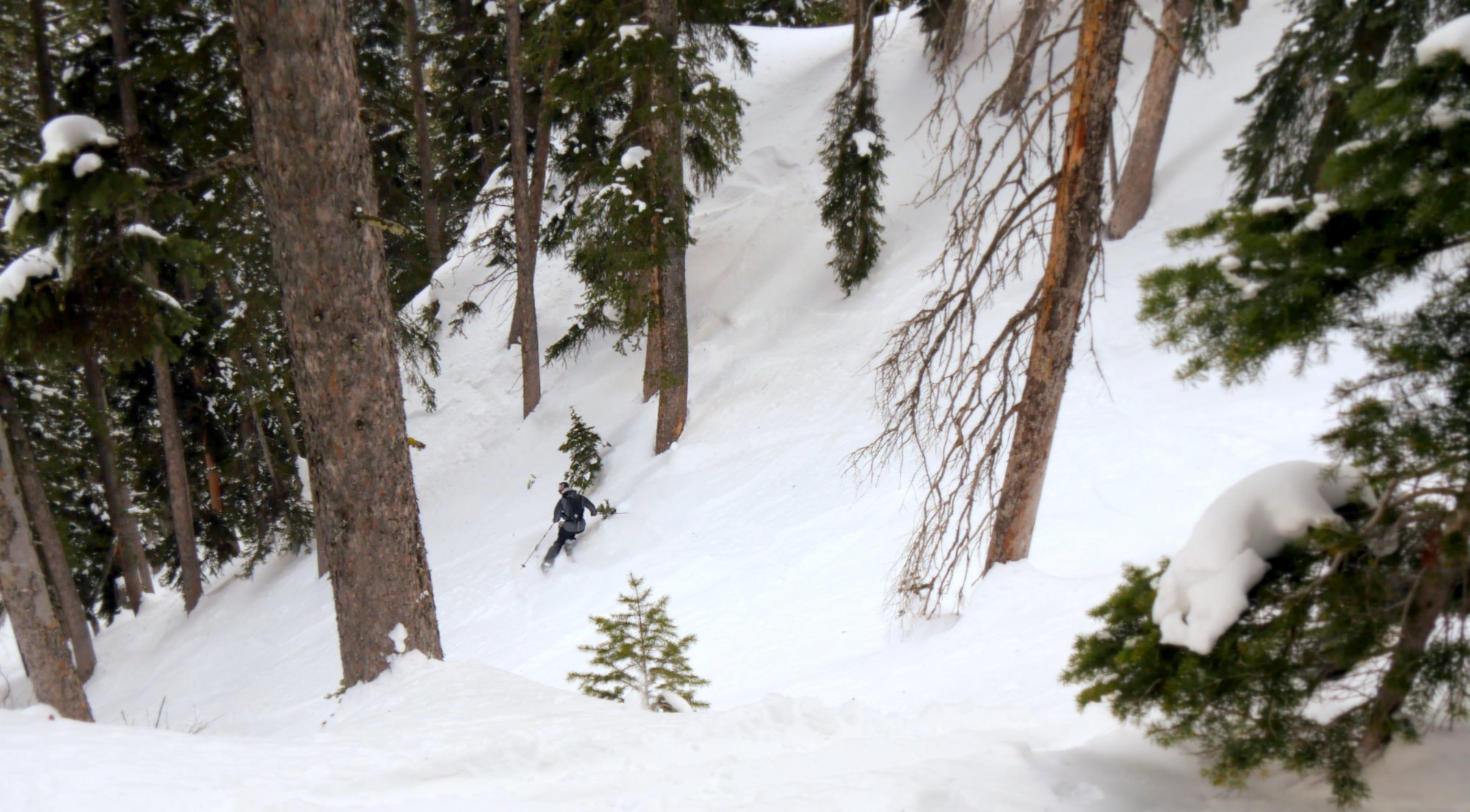 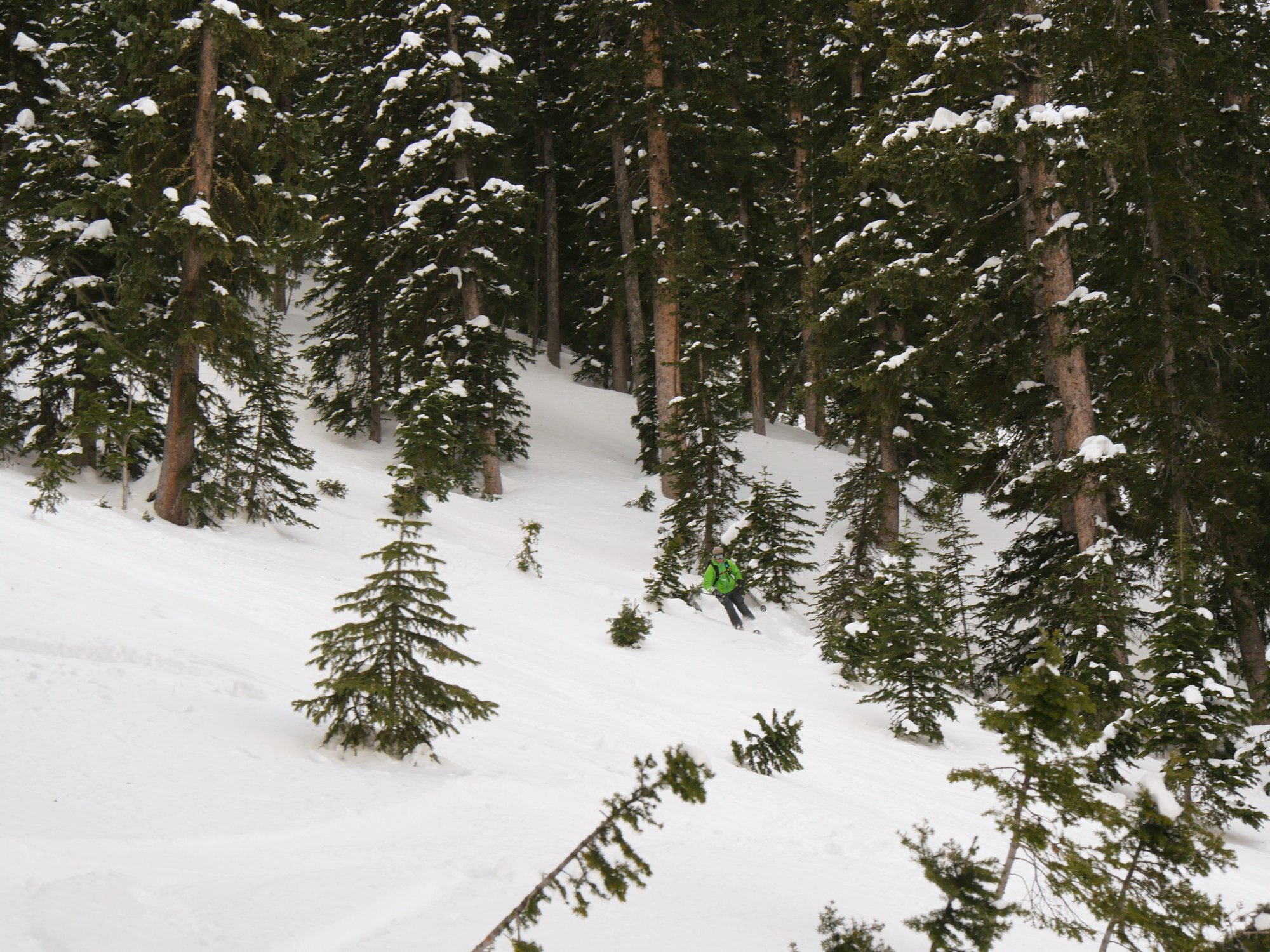 We were going to run shuttle back up the pass, so rather than skin back up we skied out Old Pass Road. Old Pass Road had turned into an iced over groomer in the time since the last storm, with hundreds of boards and planks polishing it glassy and warm weather at low elevations icing it up.

This would be a bad place to catch an edge, I thought to myself. 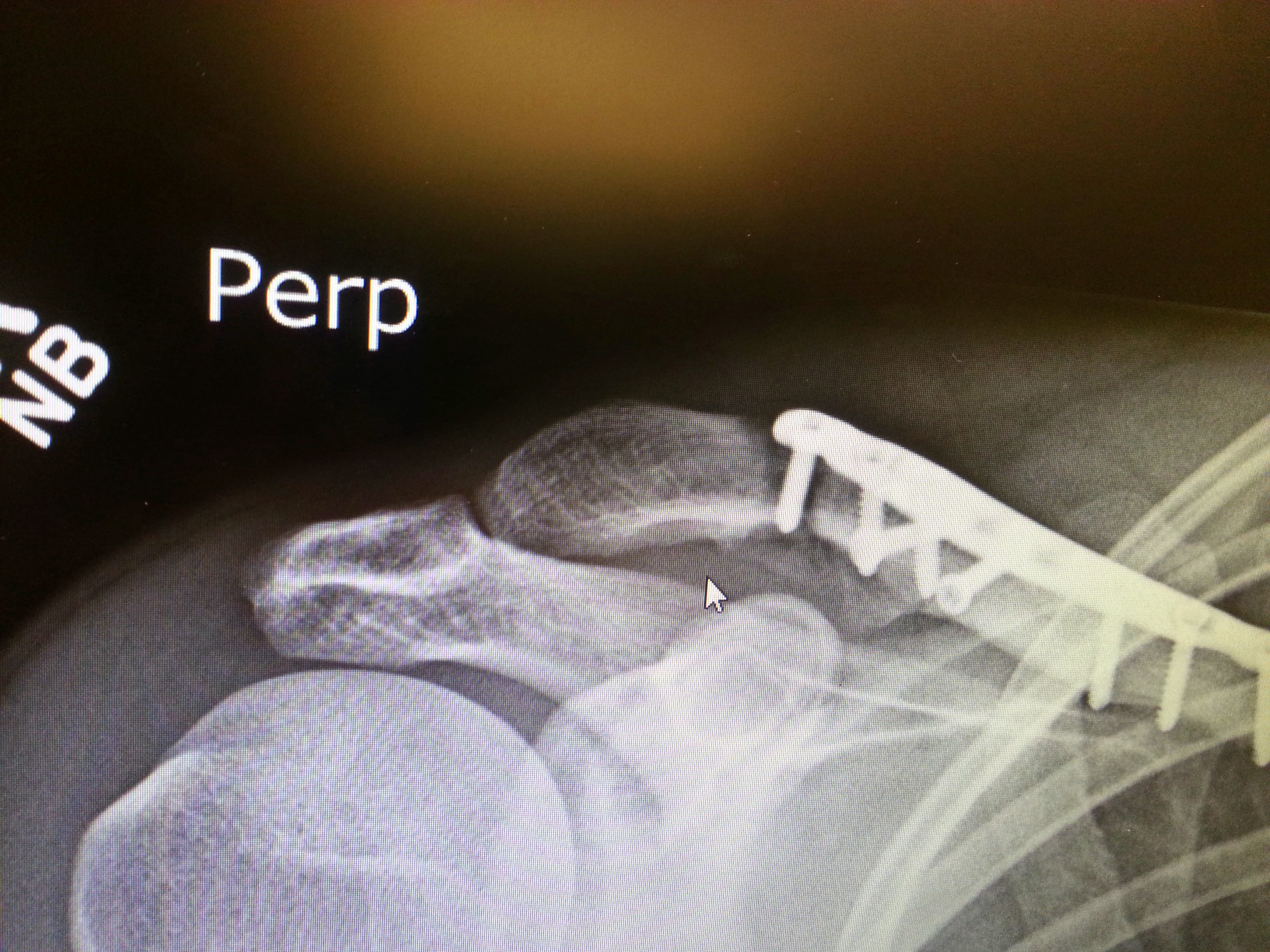