The Seattle gang comes and visits me in Squampton 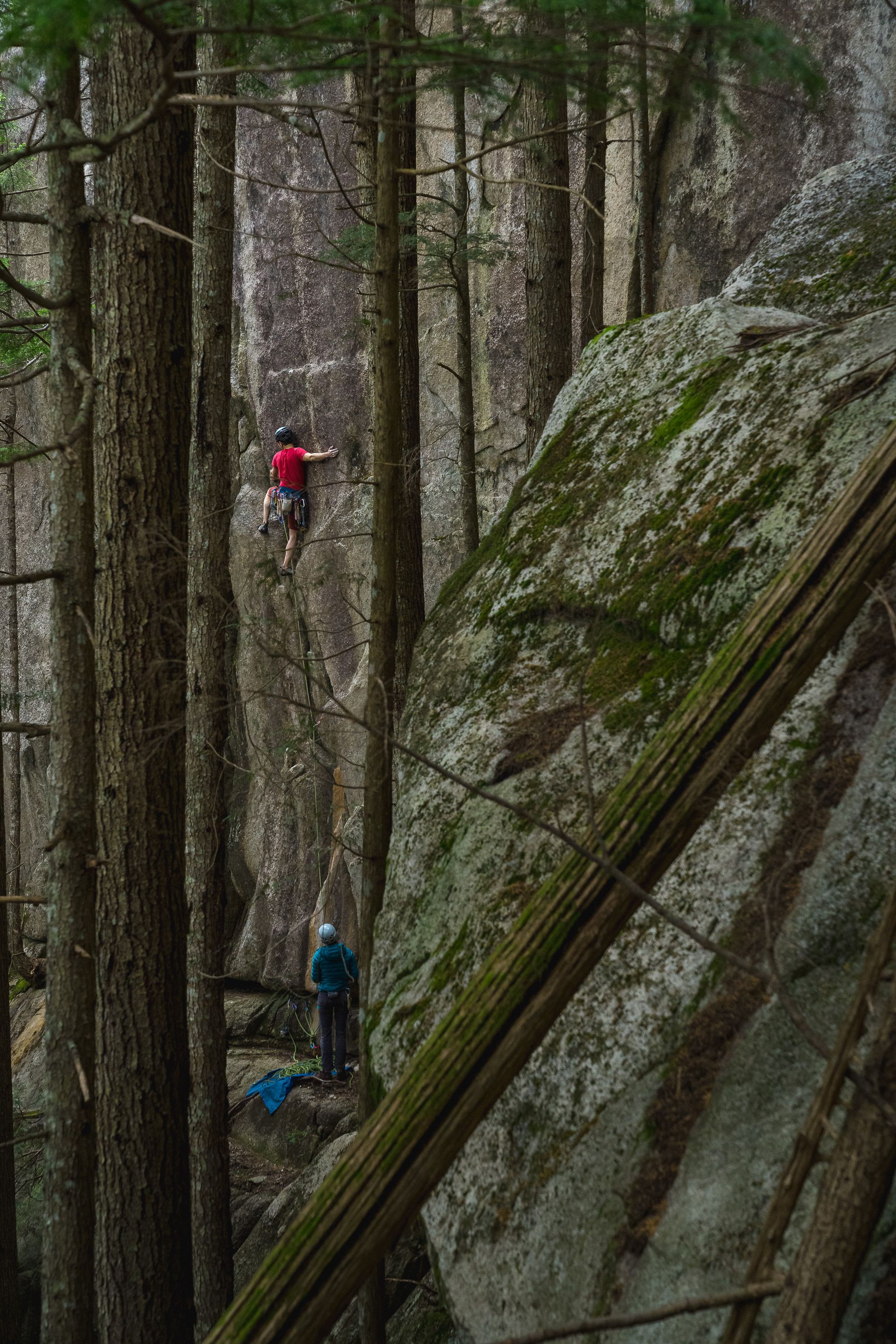 Not too long after I settled in to my shiny new joint in Squam, Kate of Vegas/Risky Business fame rolled up for a friend of her's birthday weekend. That's how I met Caitlyn, Jon, Brooke and Sam.

The munchkin above was a friend of Kate's daughter who joined us for the day. The ten-year-old crusher made short work of the first half of Sentry Box, purdy neat.

Speaking of Sentry Box. One of my plans for my time in Squamish was to up my trad climbing grades. I wasn't at all feeling prepared for it, but with the same mental discipline required for deepwater soloing or bolt-skipping victory whips (and the same sinking feeling in my stomach), I started racking tiny cams and announced that I was going to put up the upper half of Sentry Box, Squamish's first 12a and all-around mega-classic.

With no (finger-)tips practice under my belt for the year yet, I took a proud whipper high up at the crux. Some time and maybe a little aid got me to the anchor. Lowering, I played with the sequence some more. I got the route clean on top-rope, and became pretty excited to put it away on another day.

The next weekend, (one of) the owner(s) of Seattle's most (definitely not that) exclusive night clubs came and stayed at the Hostel Enlow.

Jon and I's plan for the weekend was the Grand Wall. I'd first climbed it two years before with Nate and been absolutely flummoxed on Perry's Layback. The limestone sport climber just didn't know how to place feet on granite slab while pulling up on a diagonal offwidth.

This time around I cleared The Sword and sent Jon up for his try at onsighting Perry's. It went how you'd expect, pumped as a person is after having just followed The Sword. I kept my shit together on the follow and got the send. Yeehaw.

Bishop and I also got some excellent bro time in over beers and cribbage down at the Watershed in the season before the summer crowds would squash it.

The highlights of our weekend together would be: the night at the bar playing cribbage (photo above), where we got down and dirty talking about real life things, cementing a friendship; and, getting on the Grand Wall, which I sent at long last (following Perry's).

The next time the Seattle gang rolled in strong we camped out at Nightmare Rock again, where Kate and Cait (if you will) fought for revenge on Perspective from their last trip.

The next day we all agreed to go do something new. A few of us had heard of the fabled "Longhouse", high up above the chief, with Indian Creek-esque splitters (save that it's granite, of course).

The drive up the rough mountain roads in my fully loaded van (Chris riding shotty, the ladies all lying on the mattress in the back) was a hoot. I don't believe the 4 low was ever needed, but the 4x4 sure was.

We debated parking spots and trails, but eventually found our way to the walls detailed in the pages I'd torn out of the guidebook.

Of all the things we found and did, only the 10+ that Chris is on above stood out to me. Everything else was dirty, scary, or weird. Maybe I just had my scared head on that day, who's to say.

Back at the van we enjoyed a growler of Widowmaker in the road, then got right rowdy going back down the mountain.

After the frequent Spring trips and many promises for more over the summer, it was really only Chris who followed through on it - everyone else must've gotten distracted by Index.