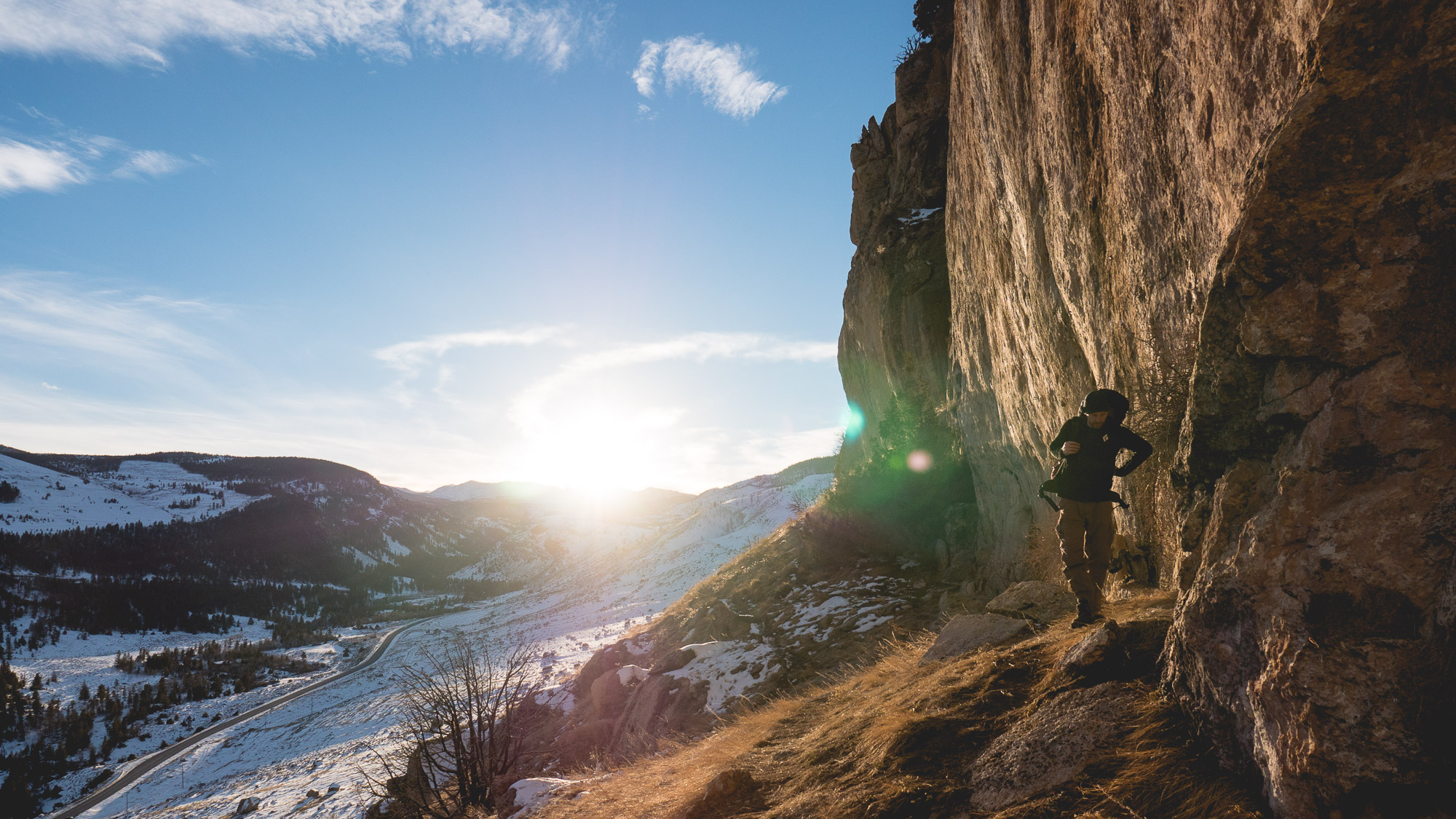 My one-day Sinks trips are starting to turn into two-day, three-day trips. I'm shifting from relying on my Lander local climbing partners to being able to hit up friends in other parts of the state - or other states outright - to dedicate consecutive days out there on the limestone with me.

For Ken and Chris too, it's sinking in: climbing season is here. 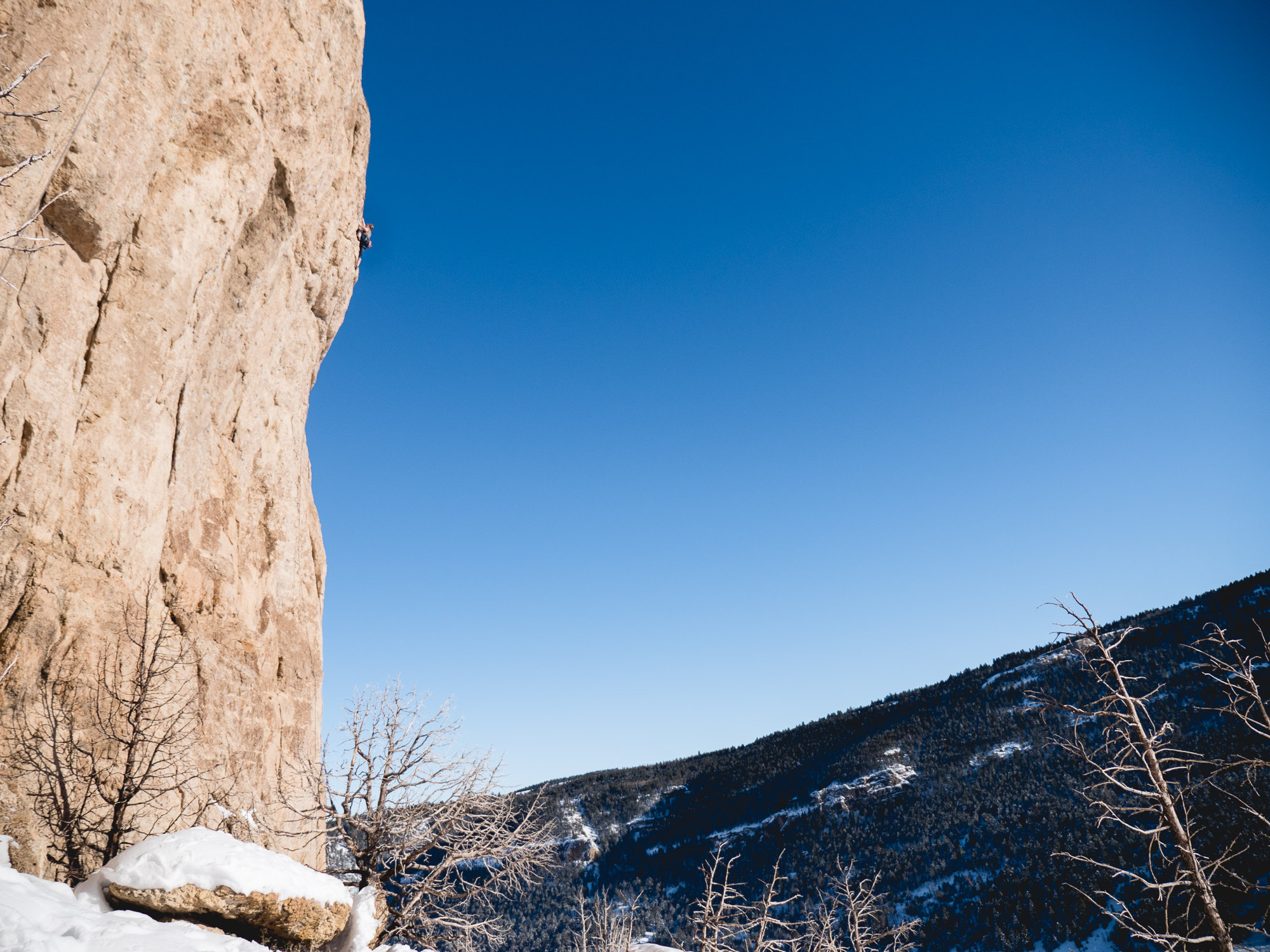 Waiting On A Friend, 11b, out with Zach and Steph at the beginning of February

The Gang is Back In Town

So I stole Hilton from lady and child for a weekend, and he and I met up in the town where our friendship got its launch. 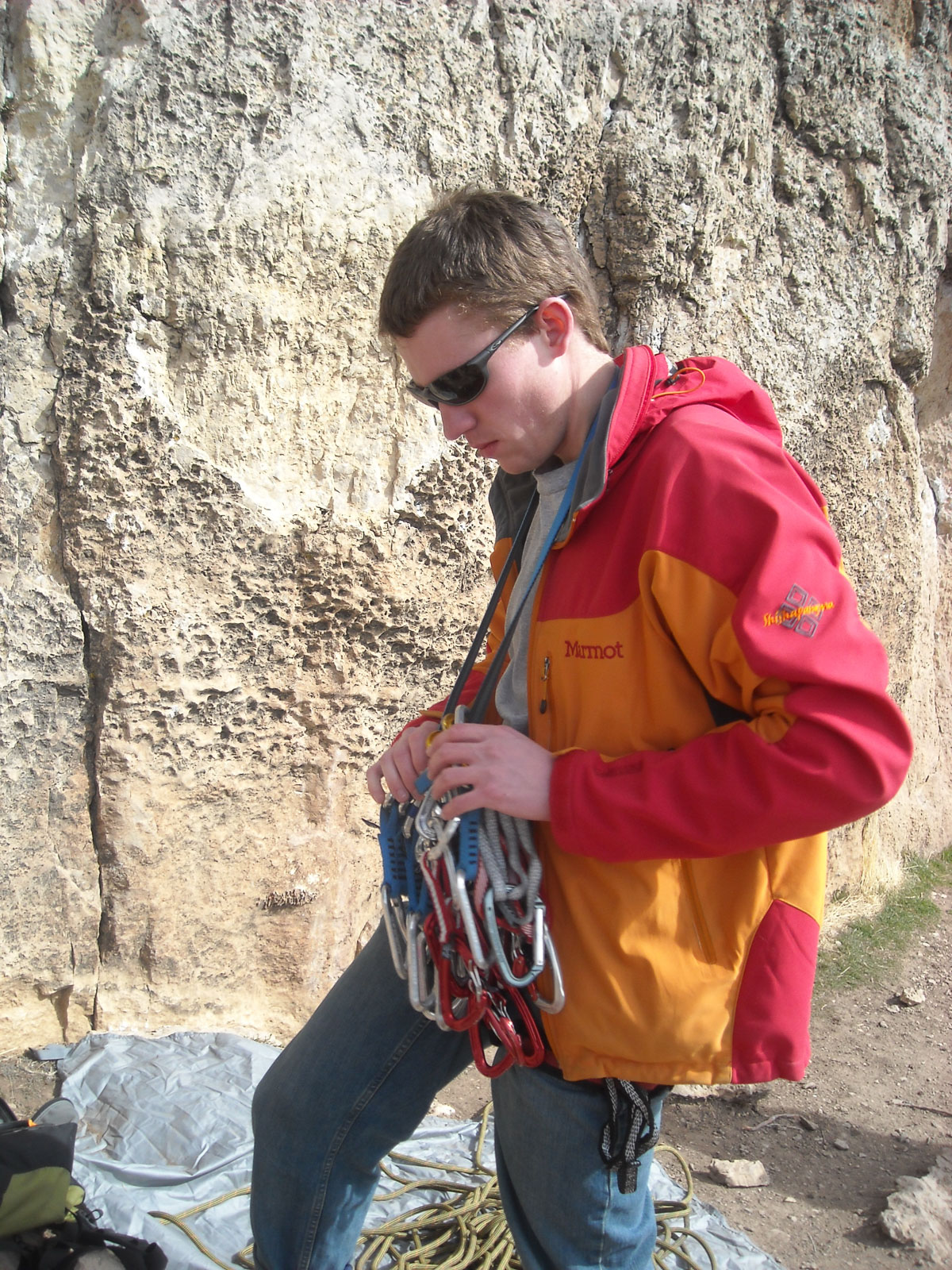 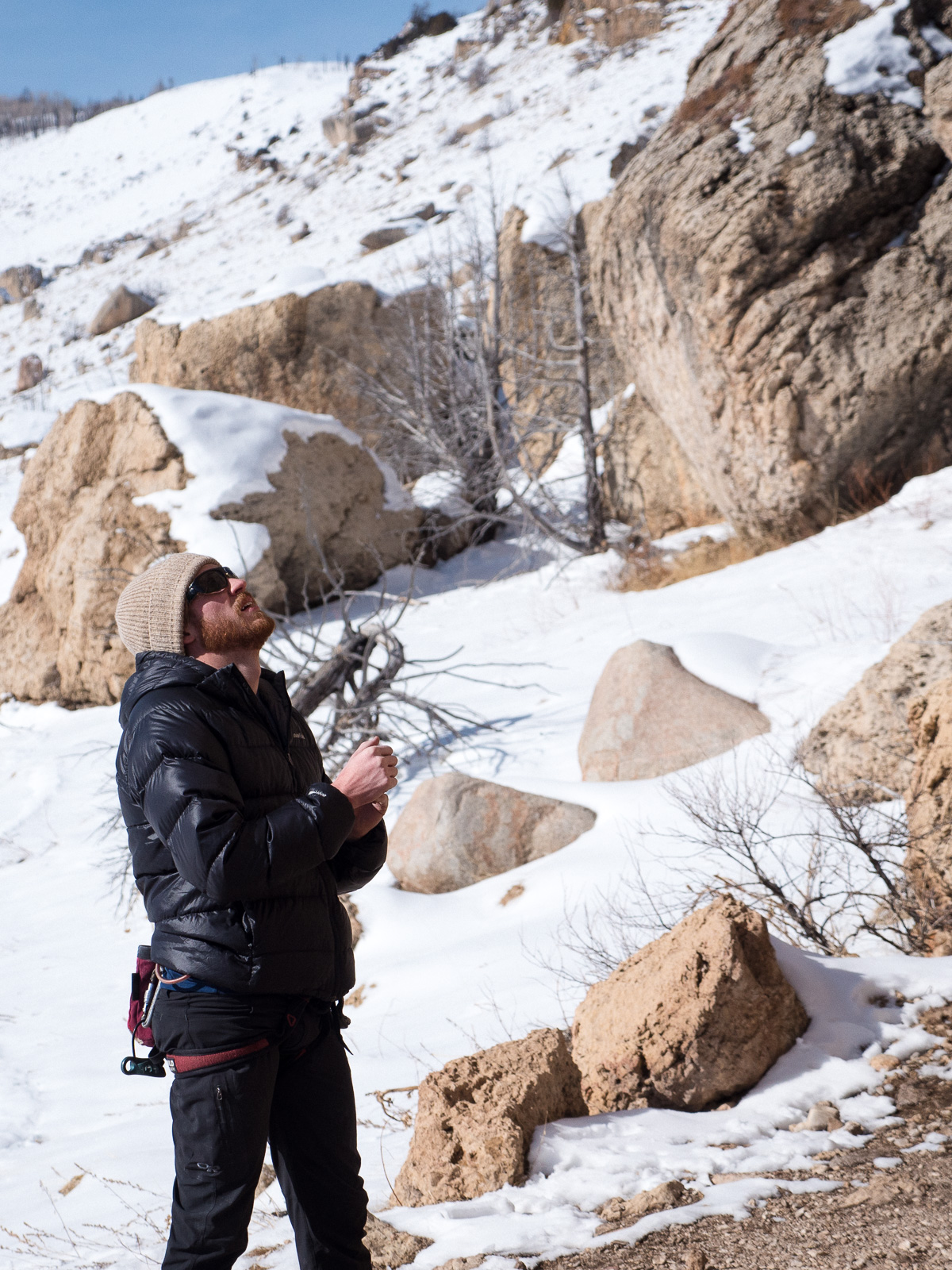 I've kept Ken updated on my progress in the canyon over the years, so he knows all about Boys From Brazil, my "project" from before I knew what a project was.

Boys was my first encounter with hard climbing - albeit hard climbing that played to my strengths. My trials and tribulations on Boys are catalogued, though my success merited only a footnote at the end of a long post from last summer.

In one word, here then: elation. 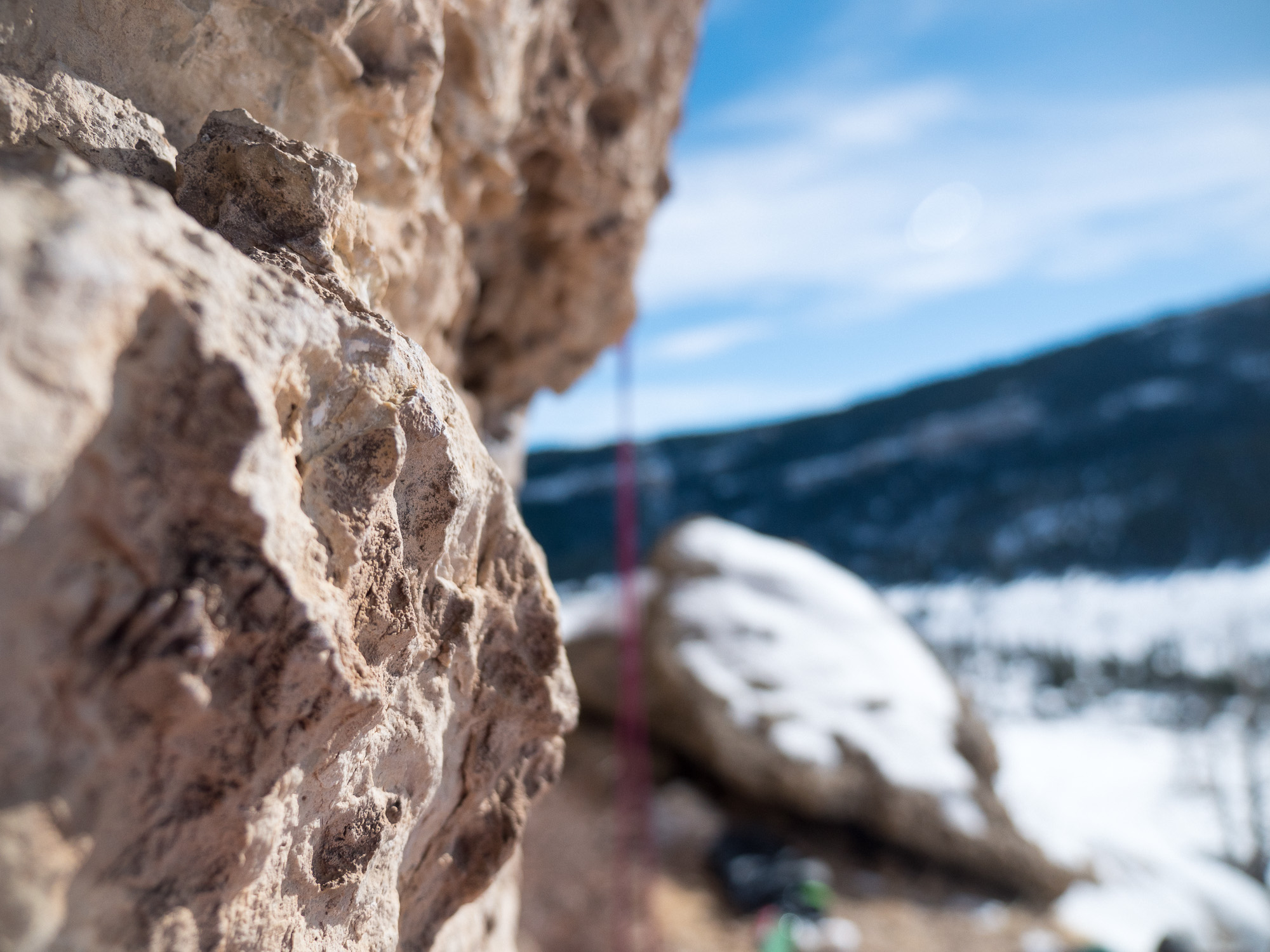 In matching green wool jackets Ken and I hiked through the remainders of Lander's last snowstorm towards the Main Wall of Sinks. As we walked past Squaretop Boulder I pointed out the route's obvious features.

We stopped to admire the route. The longer we looked, the more we convinced ourselves: this is how we should start the trip. Rather than walk by Squaretop and start with a more reasonable warmup, well.. 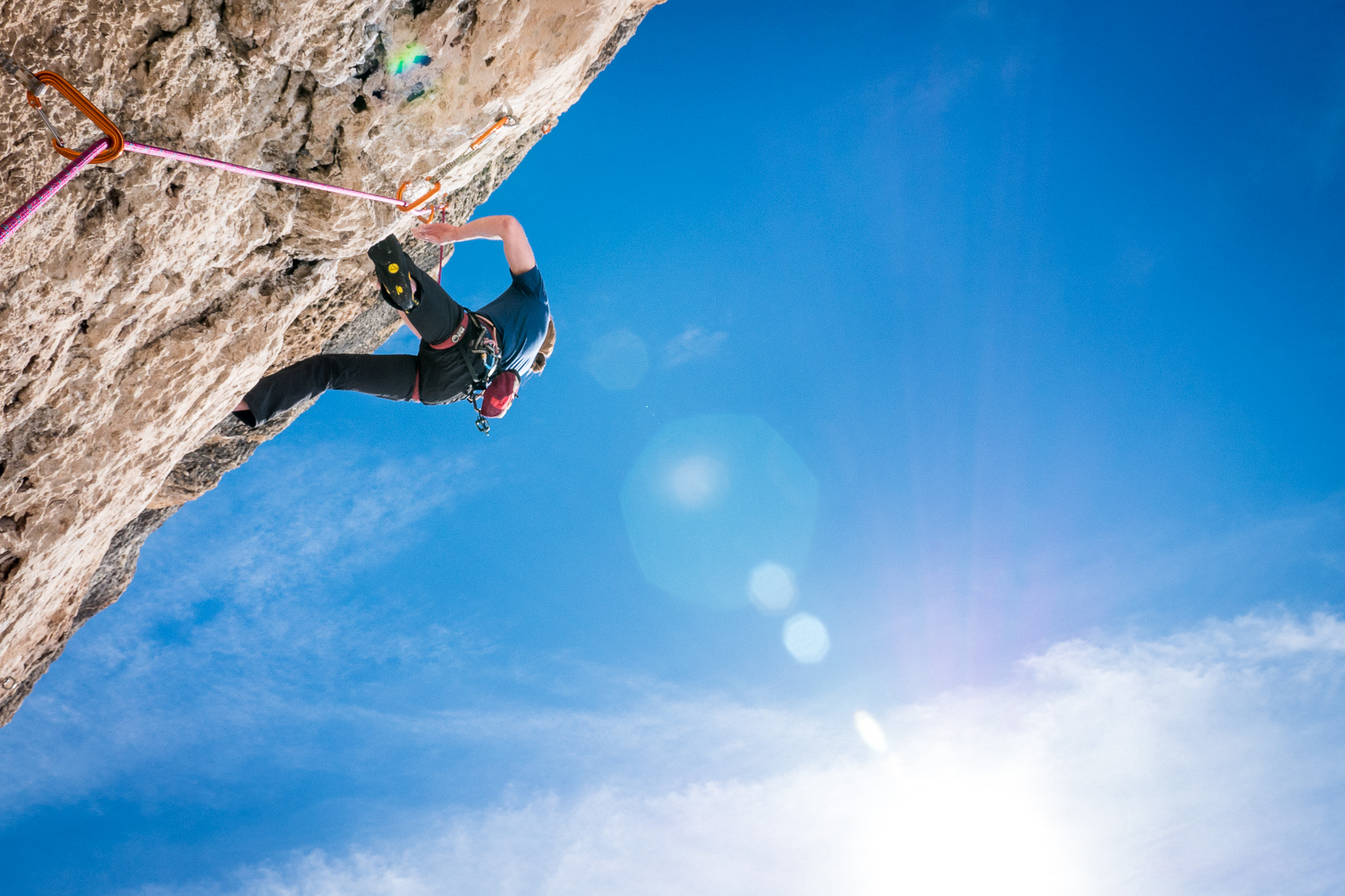 A mantra to keep for the rest of the year.

At the top of the wall we met up with some other Laramites and tested the elasticity of my new rope. 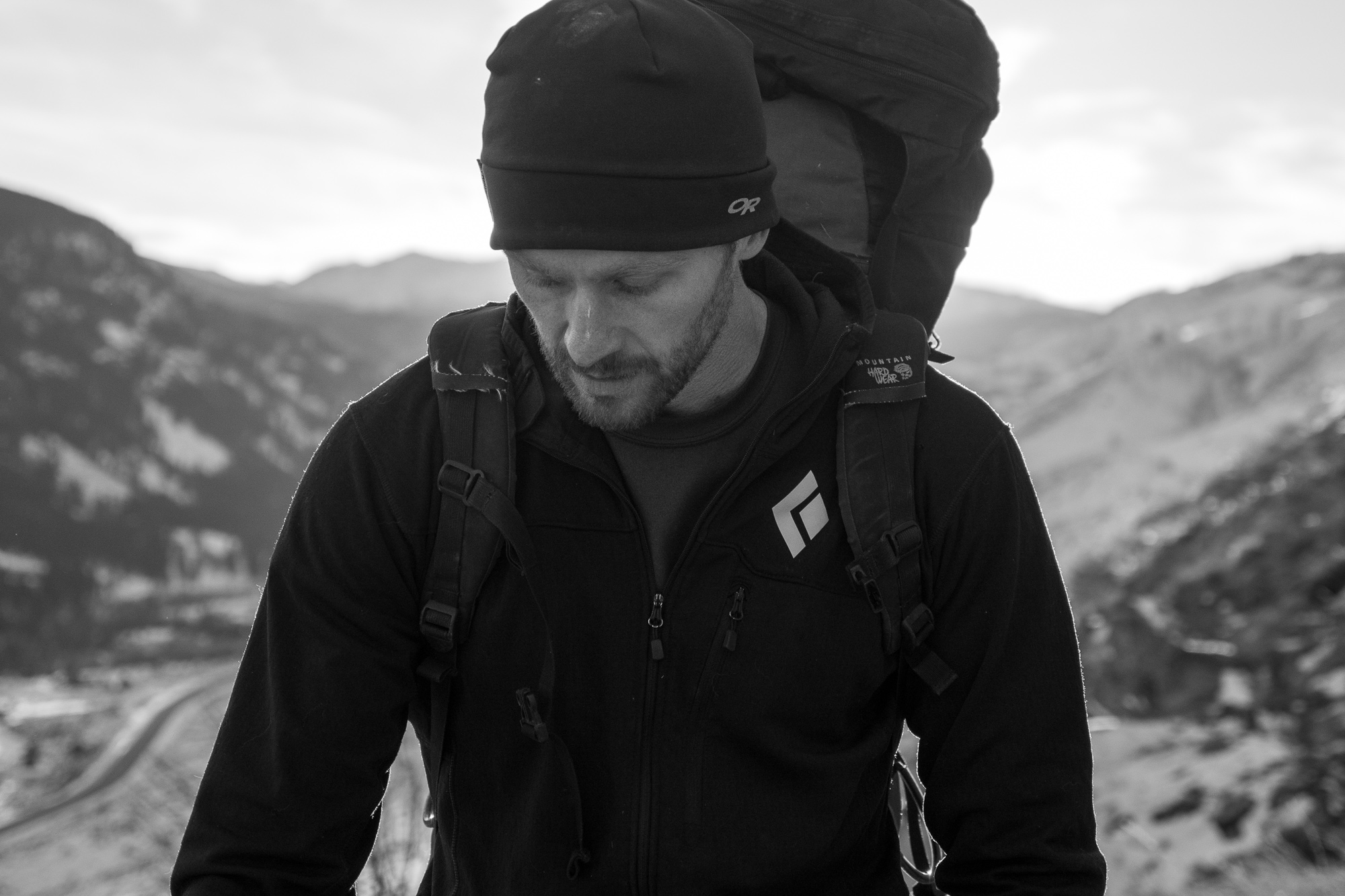 The two days went quick, but I'm sure we'll be back soon. I think this'll be the year that Ken sinks his teeth back into clipping bolts... 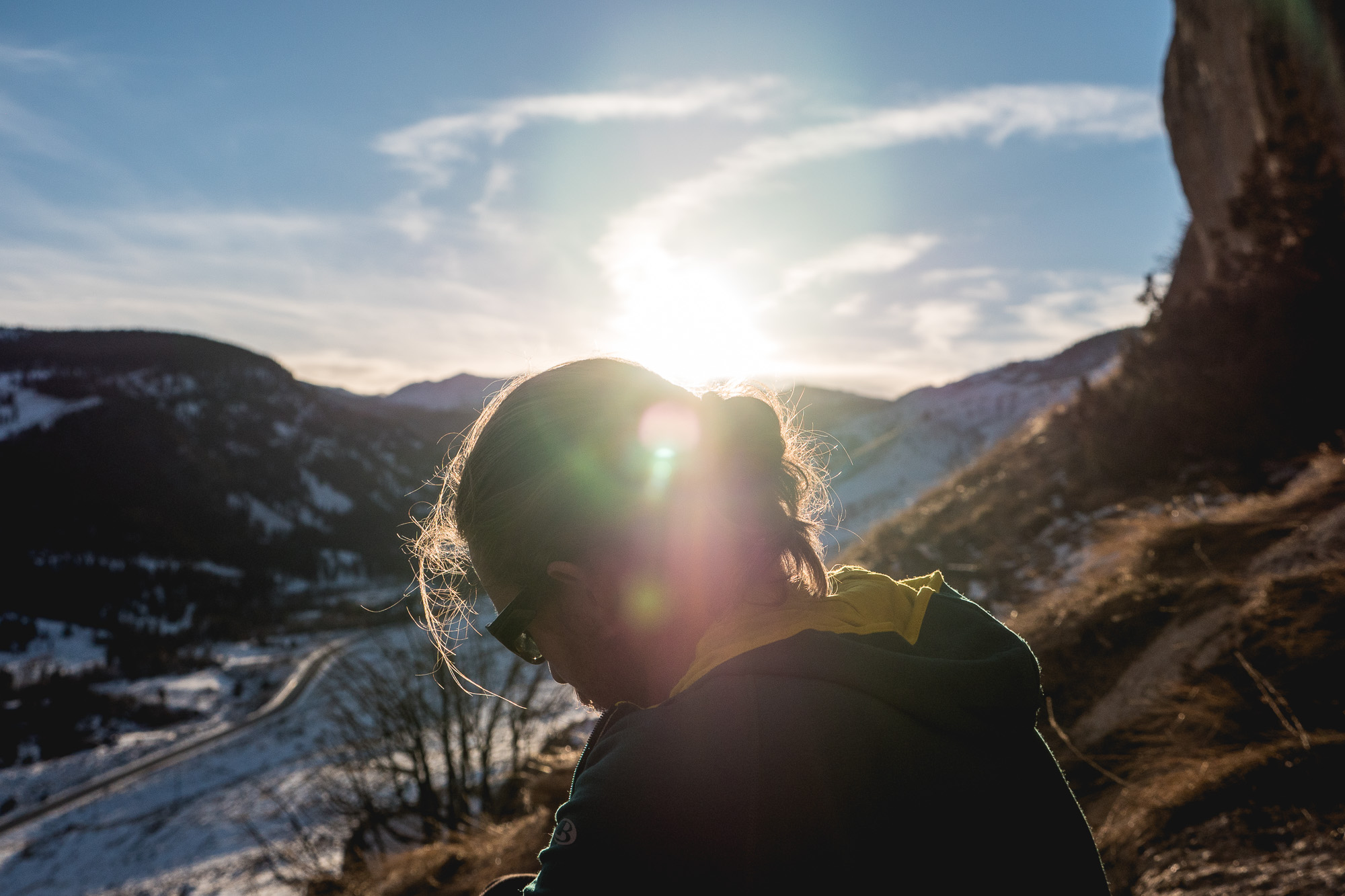 I came back with Trudeau and a list of climbs that needed ticking after missing the onsights with Ken.

And then I ticked them.

Chris and I spent a lot of time consulting Mountain Project for beta. The canyon has seen a renaissance in bolting at its western end and the brand new guidebook suddenly feels out of date. 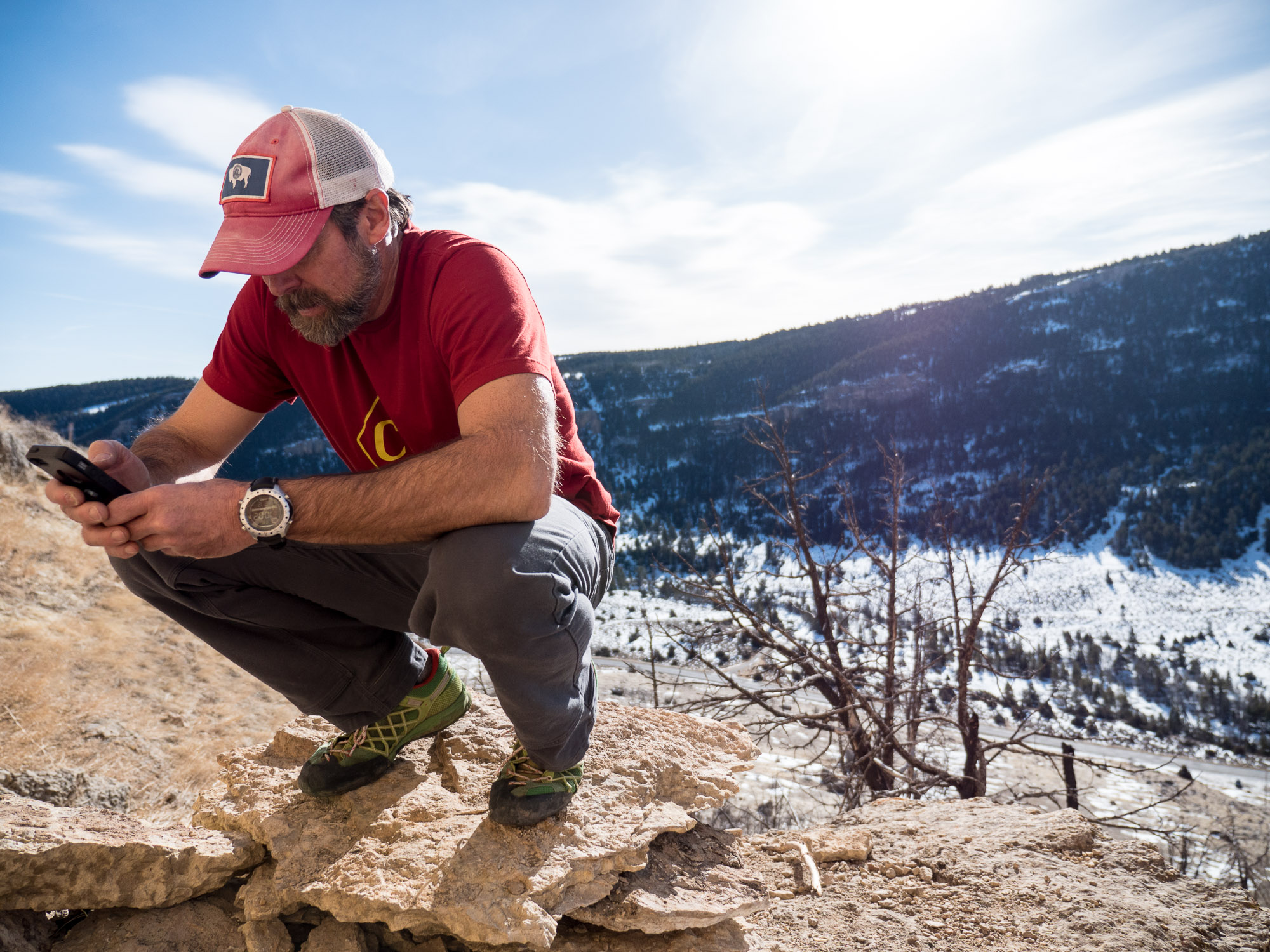 Once I had ticked off the easier elevens I came for, I set my sights on higher goals. For the remainder of the trip I perversely defined failure as my path to success.

That was all I asked of myself. 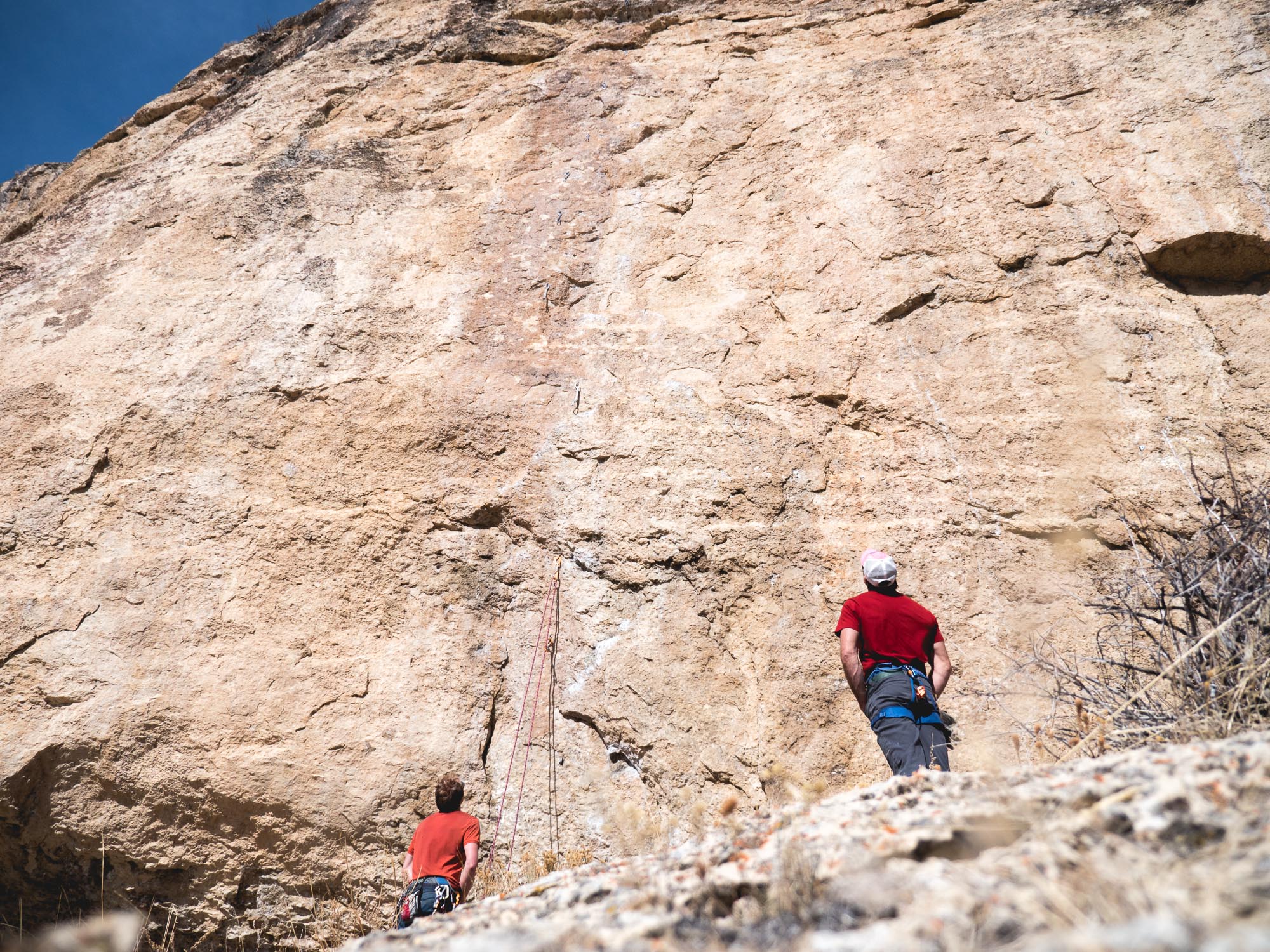 and threw myself at them. 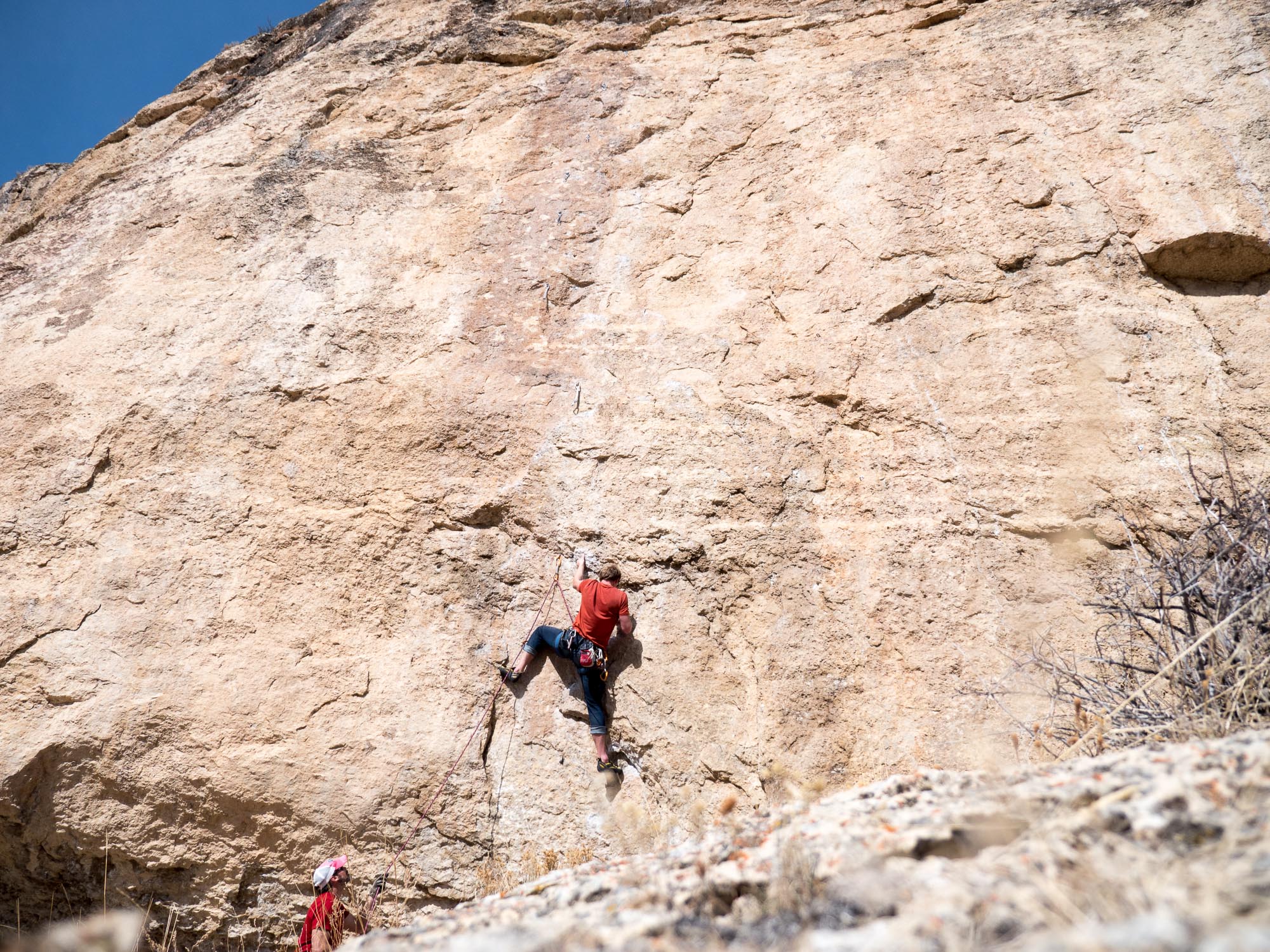 Chris was a sport and let me work myself raw on Purple Galaxy and The Road to Dushanbe.

I paid back the favor by being on the soft end for his own goal, Smell My Finger. 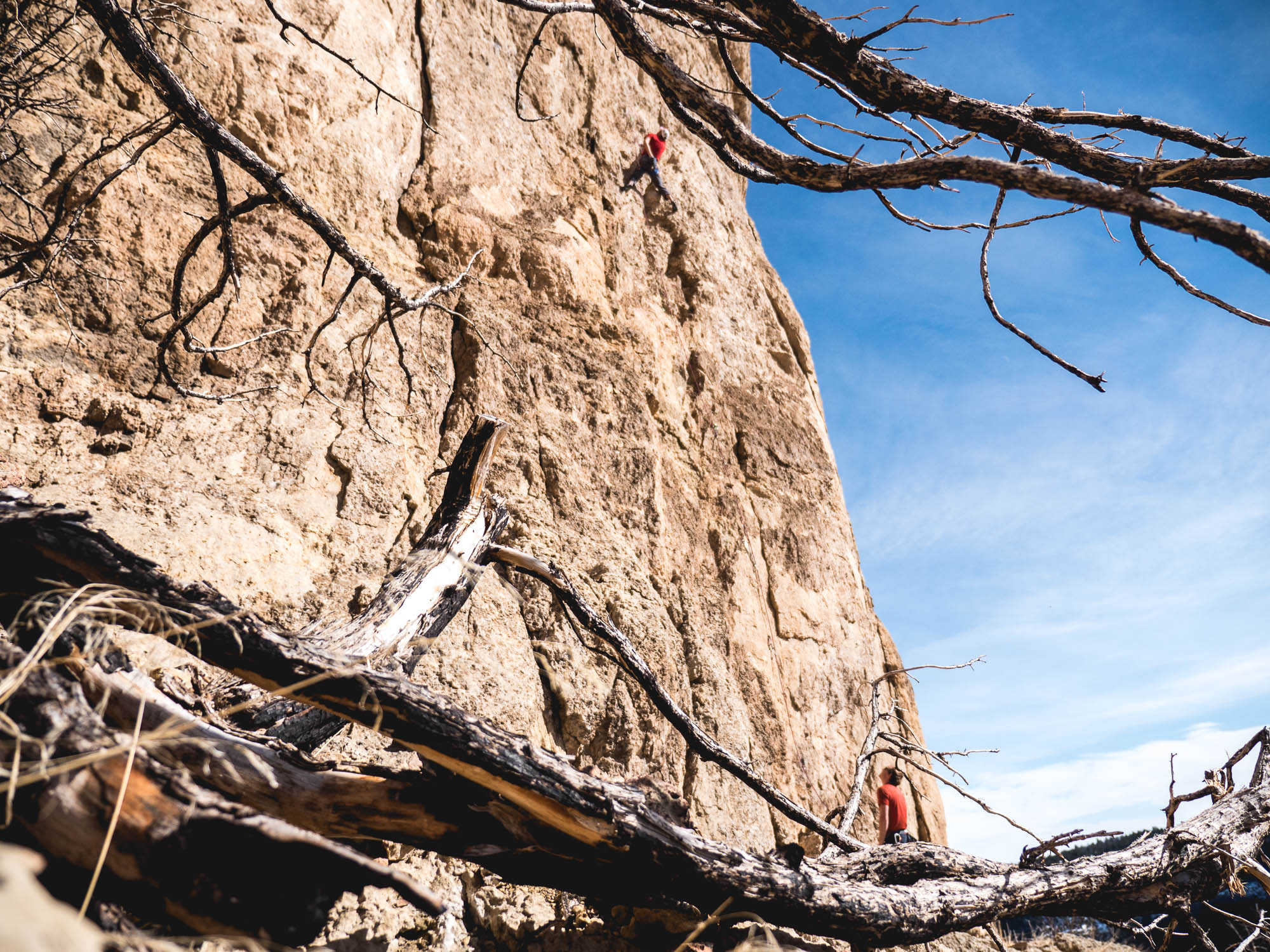 You can't ask for a more attentive belayer, though that warm winter sun did make me a bit drowsy in the end... 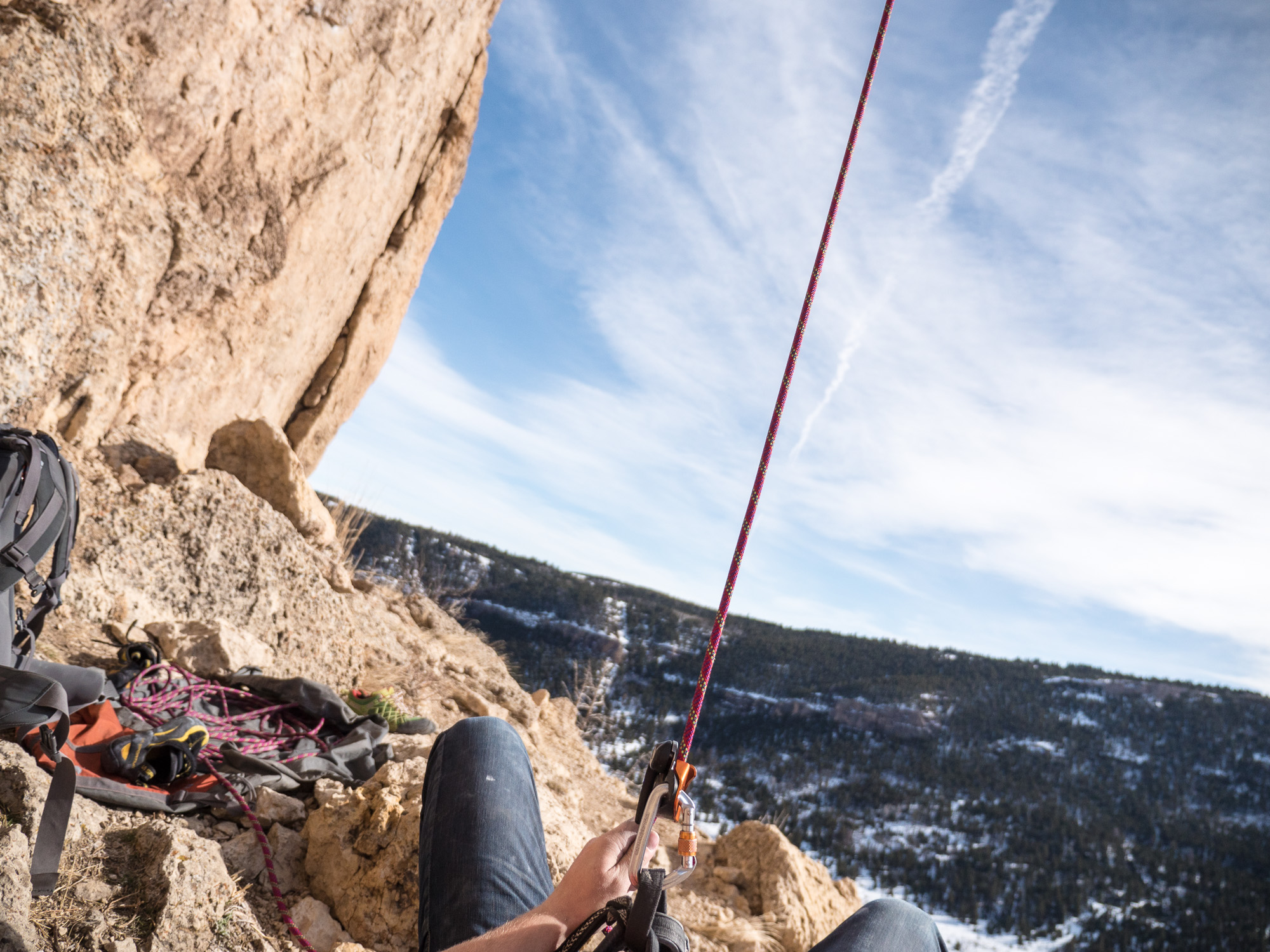 Ken and I were kept out of the cold thanks to generosity from my dear friend Sylvia. Ken and I did our best to repay her by making dinner for her and the handsome man in the green hoody, Kyle, whom she later beat up (I have the photos). 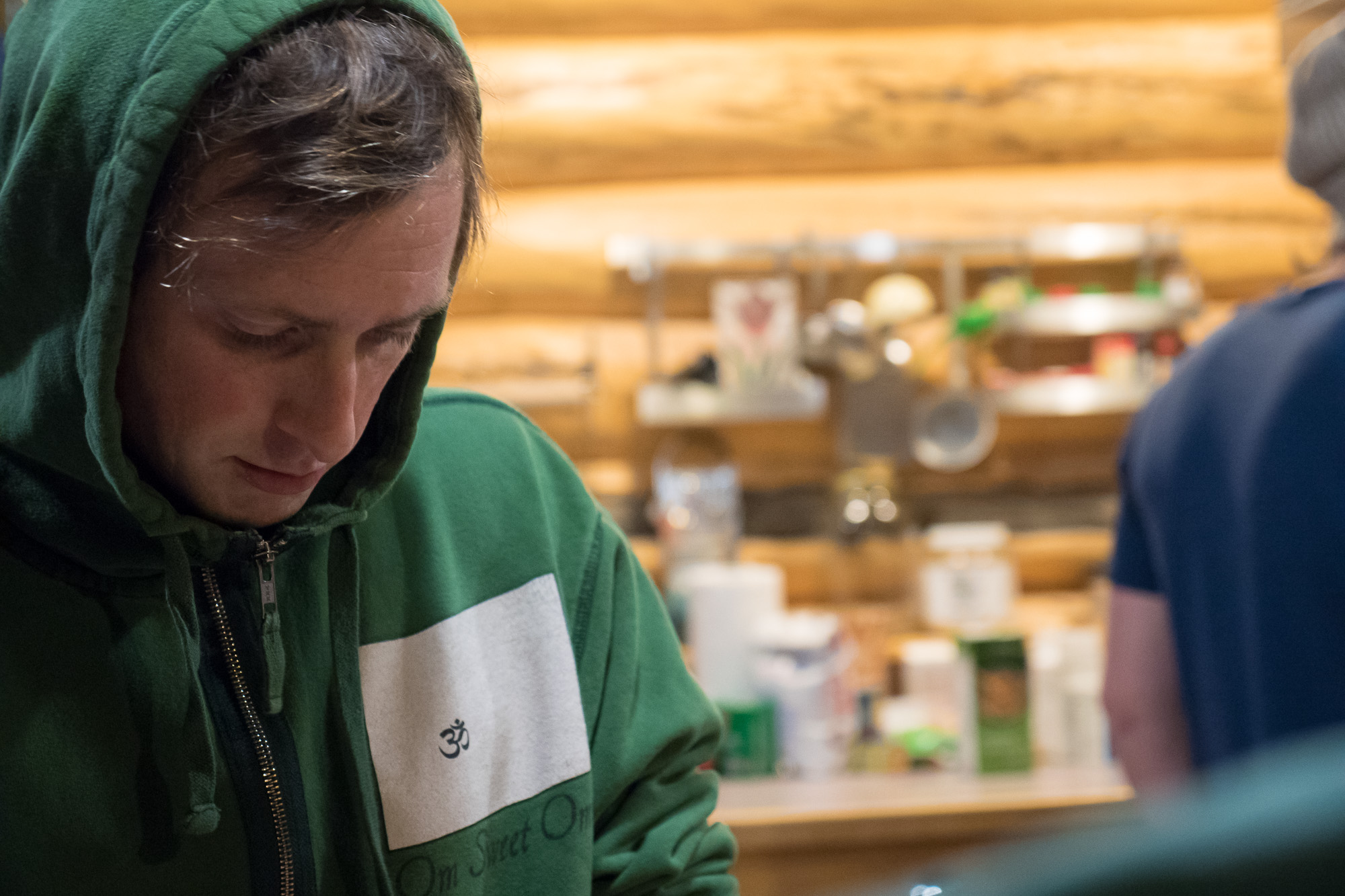 Trudeau and I kept warm out at Ben and Lindsey's retreat north of town, where we were kept well lubricated and where time was spent watching the hundred head of elk just down the way. 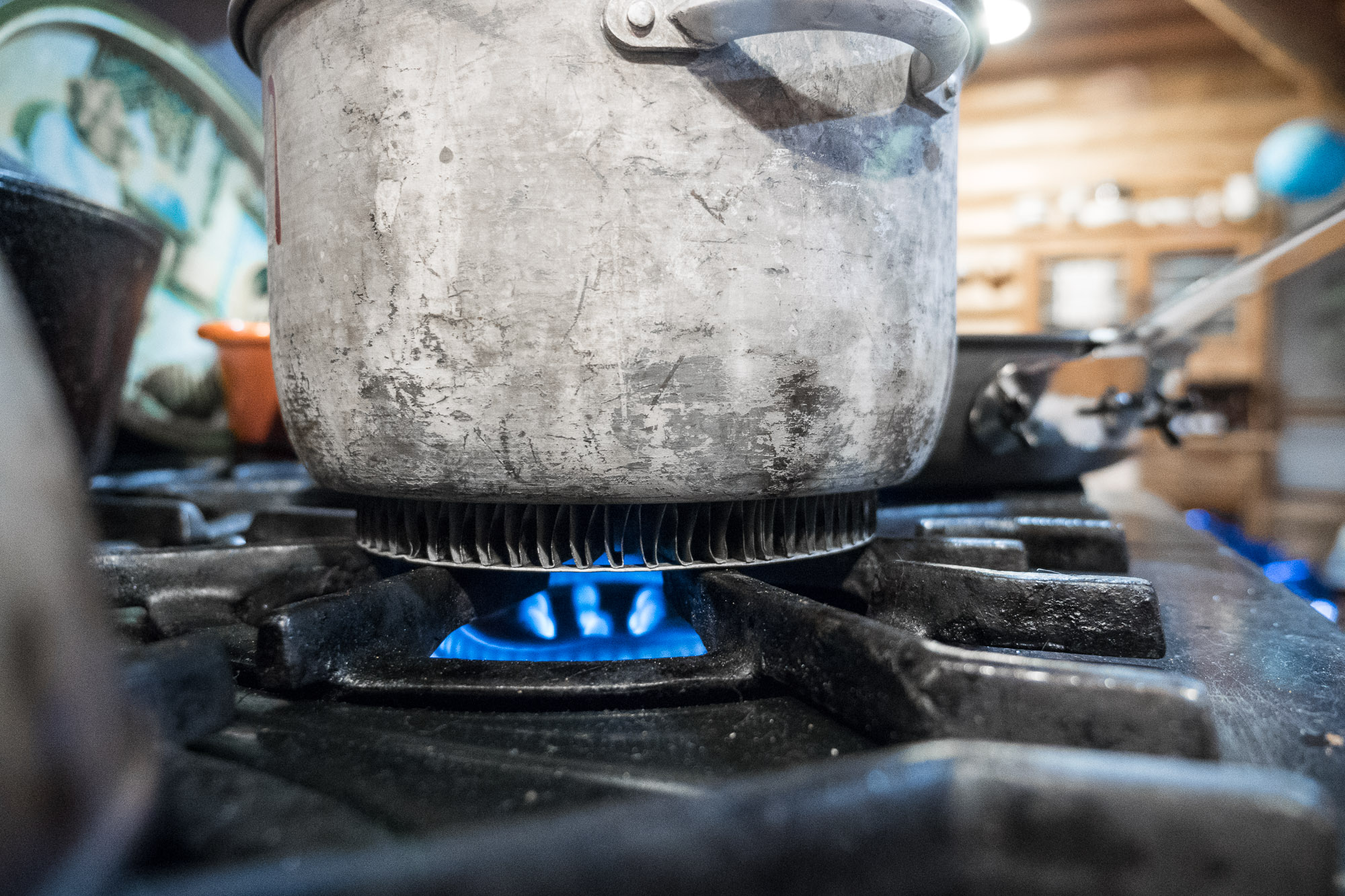 Thanks for helping me live this life I live. I only hope I can pay you back someway, somehow.

And of course, thanks to Steph, Nicolai, and Zach for letting me interrupt their afternoon out early in the year. It was quite the treat to get home from that day and find pictures of myself on my camera later.

Two weeks after first publishing this post I found myself back in Sinks...

Chris and I had plans for a Massacre weekend here at the end of February but forecasts of precipitation in Idaho sent us back to Lander. Trudeau's big black truck came in to Wilson with the morning twilight and we were on the highway just before 7 Friday morning.

I wish I could give a good report of our climbing on Friday but I'm sorry to say that gravity levels were at an all time high. Maybe if we hadn't gotten so caught up in Idaho's precip we would've taken the time to check gravity forecasts for Lander.

After a demoralizing day (my best redpoint was a 10b...) we did our part to lower Lander local gravity levels. 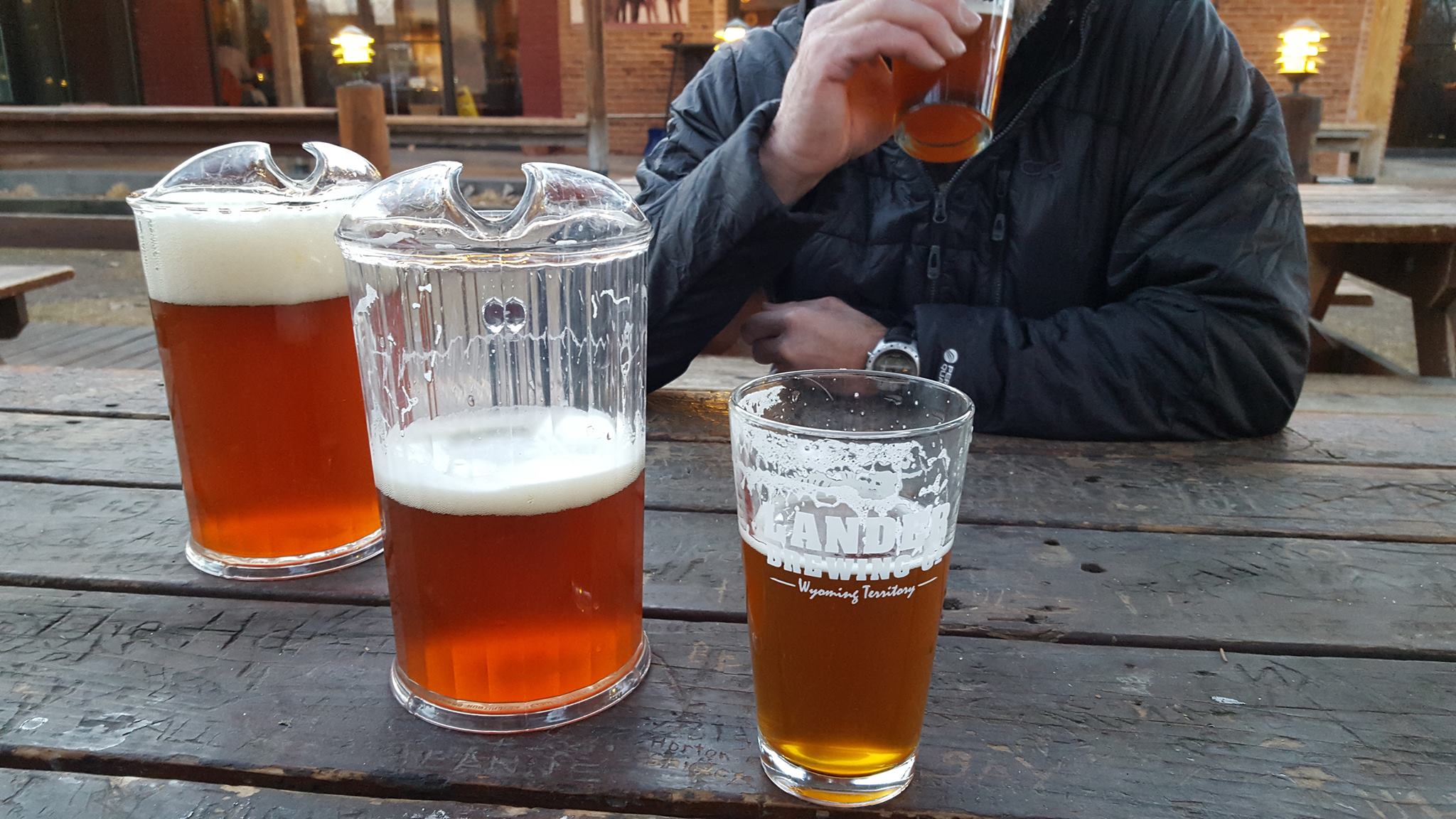 Making the most of happy hour

The beers, a stolen tent at city park (it was just "relocated"), and a midnight visit by a cop and all the lost sleep implied somehow did the trick. Neither of us took any falls on low gravity Saturday.

We got most of our climbing done in the morning, onsighting new two new good 11s over at Purple Galaxy, and then spent the afternoon bullshitting with Zach and Steph.

Steph's friend Jason had come up to the wall to check out the climbing, but not actually engage in any, so I threw my camera at him and told asked him to go around taking photos. 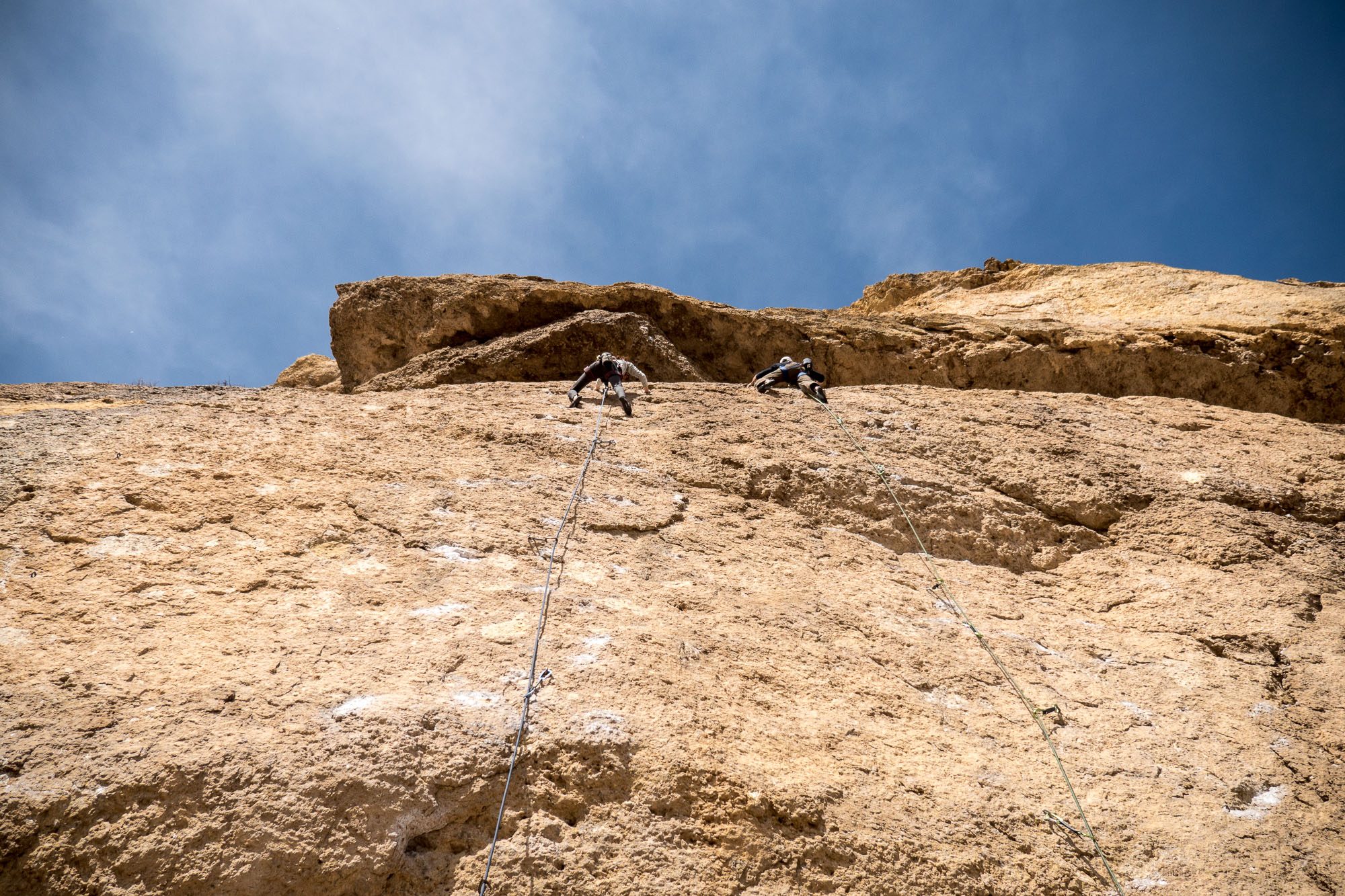 He did get this classy photo of the Fallen Idol Pillar though, and the weather blowing around the Winds that day. 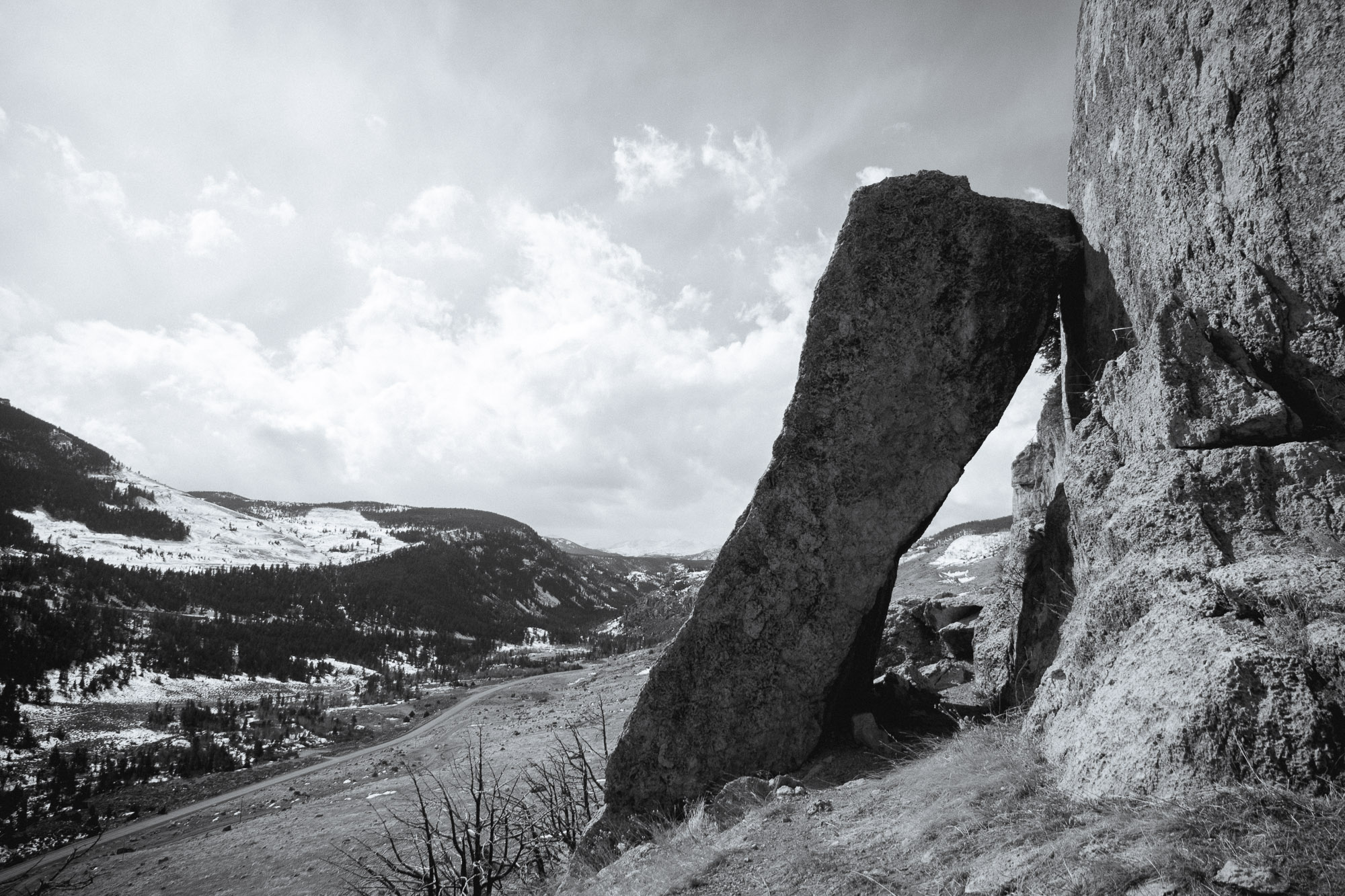 A little way down hardware wall, someone was working her 12d proj, and Steph went down to sniff out some beta.

The day ended with some modelling from Steph and Zach getting to take his draws off of Moe (12b). 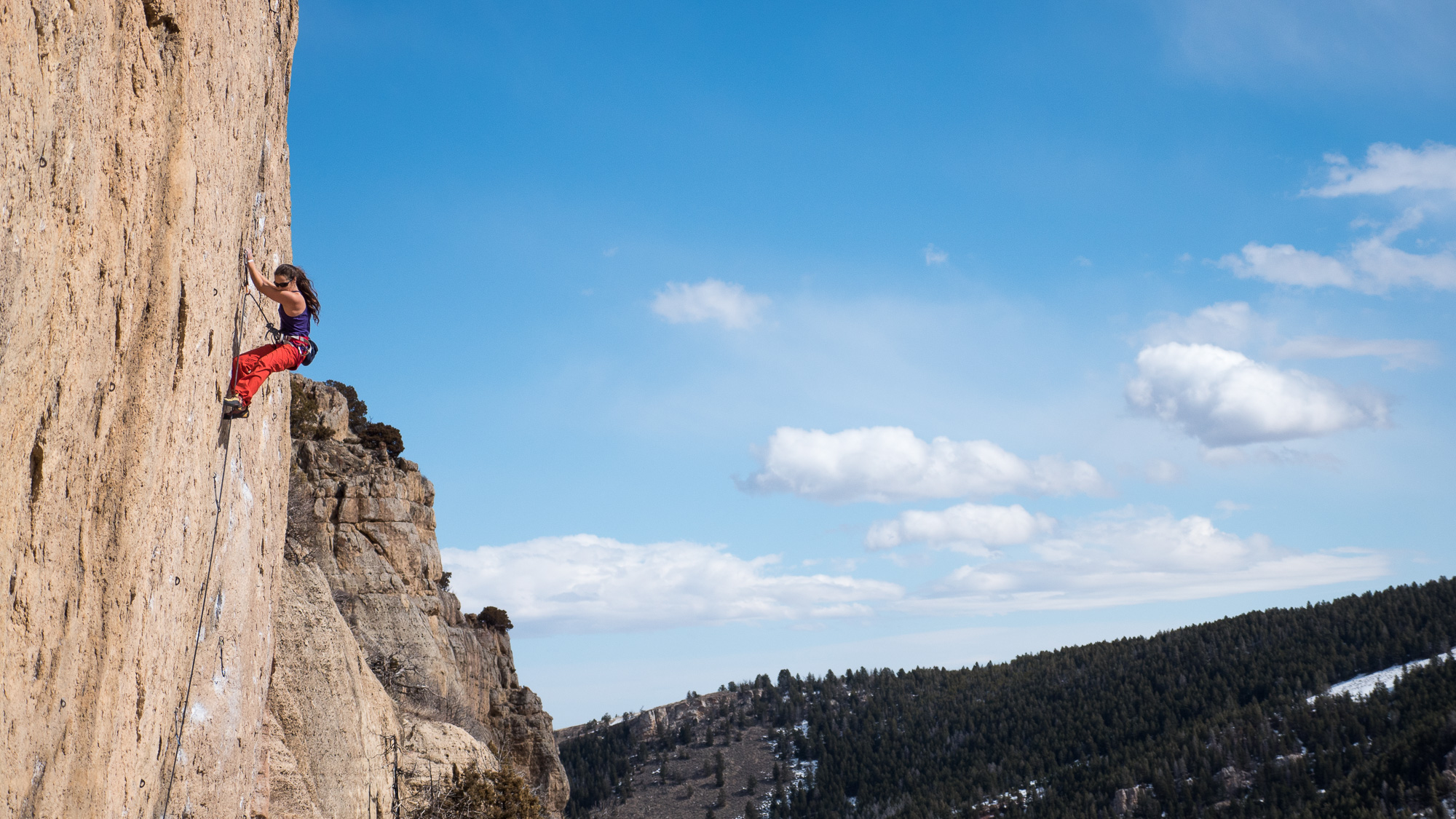 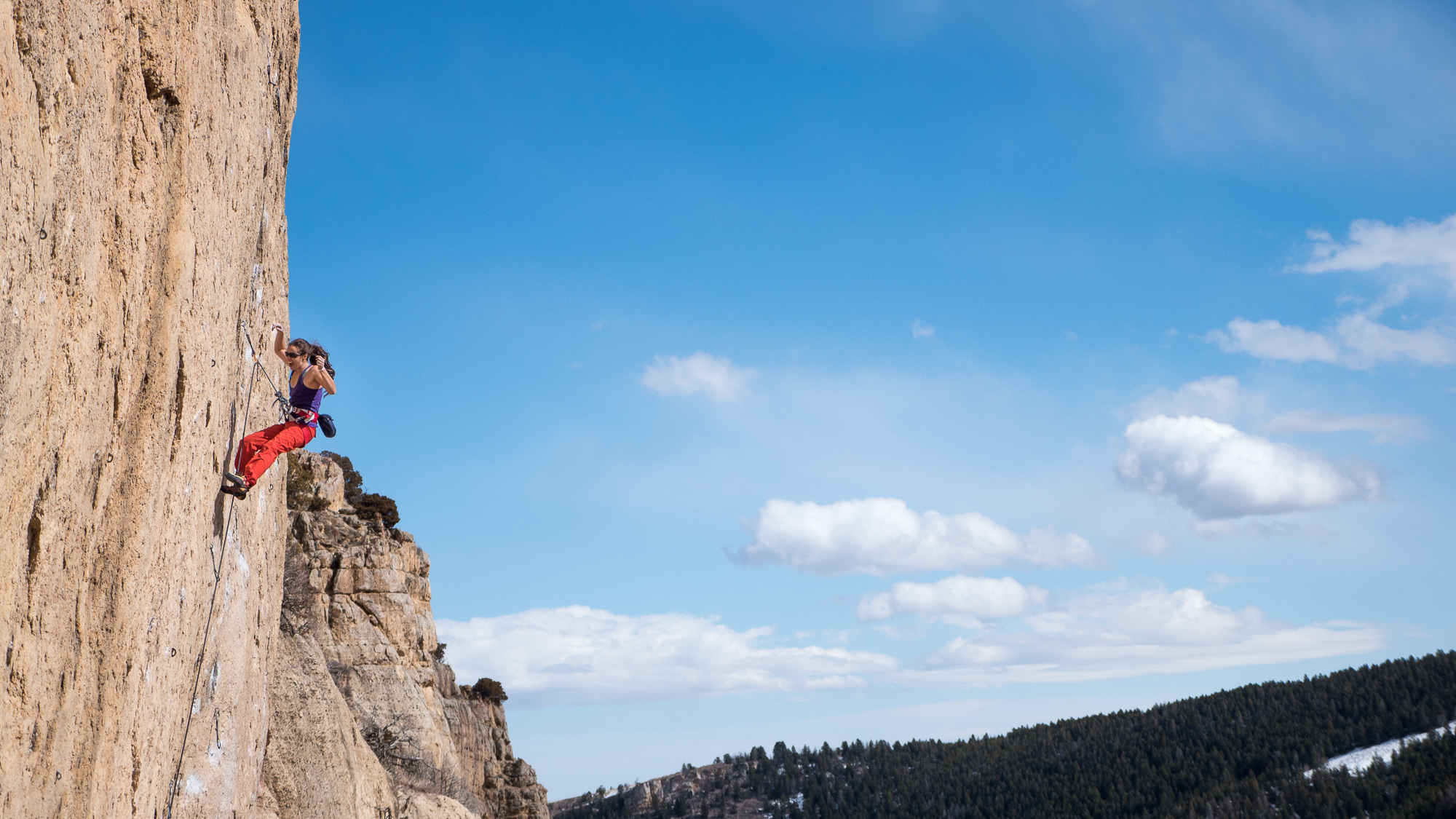 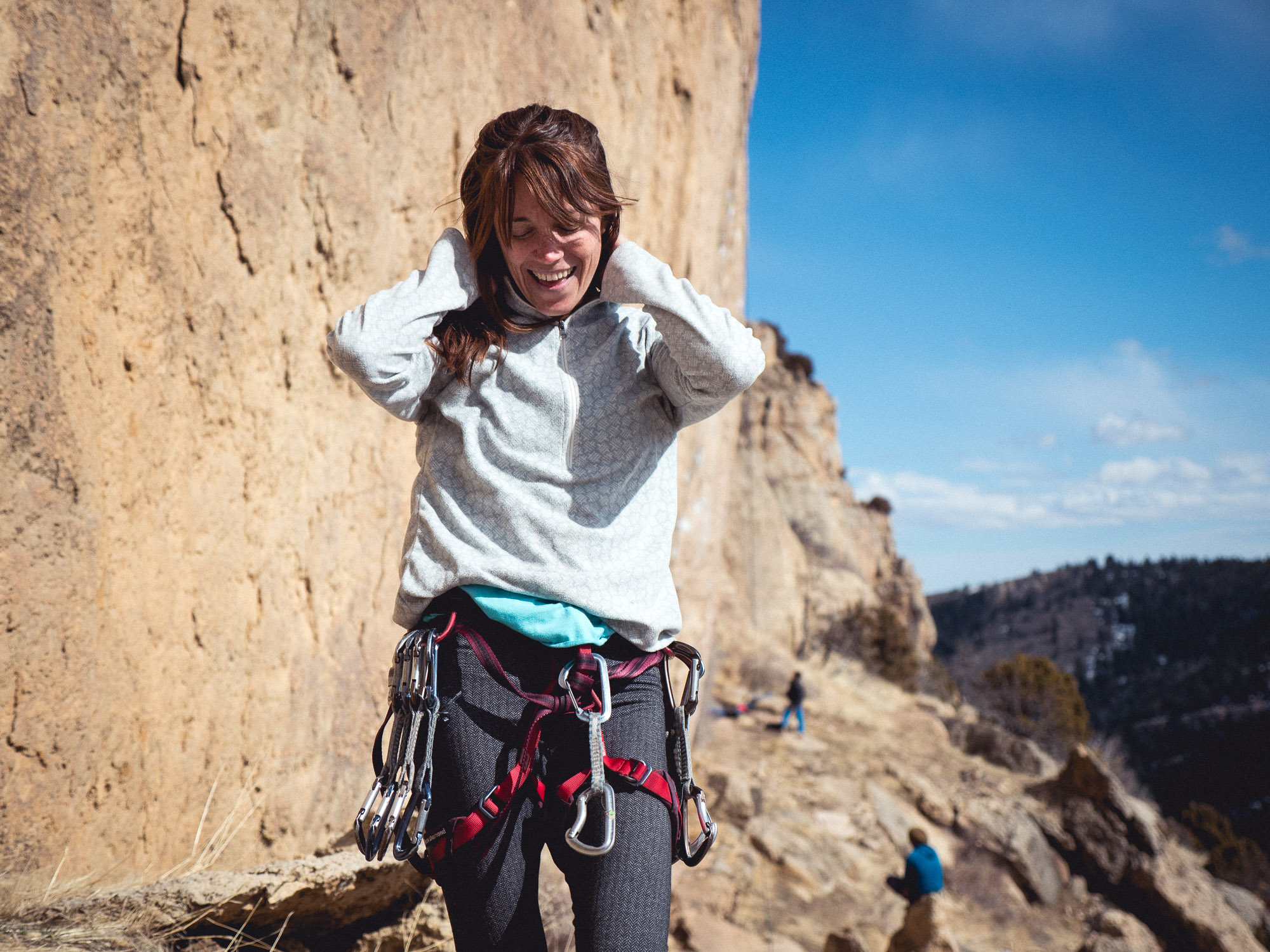 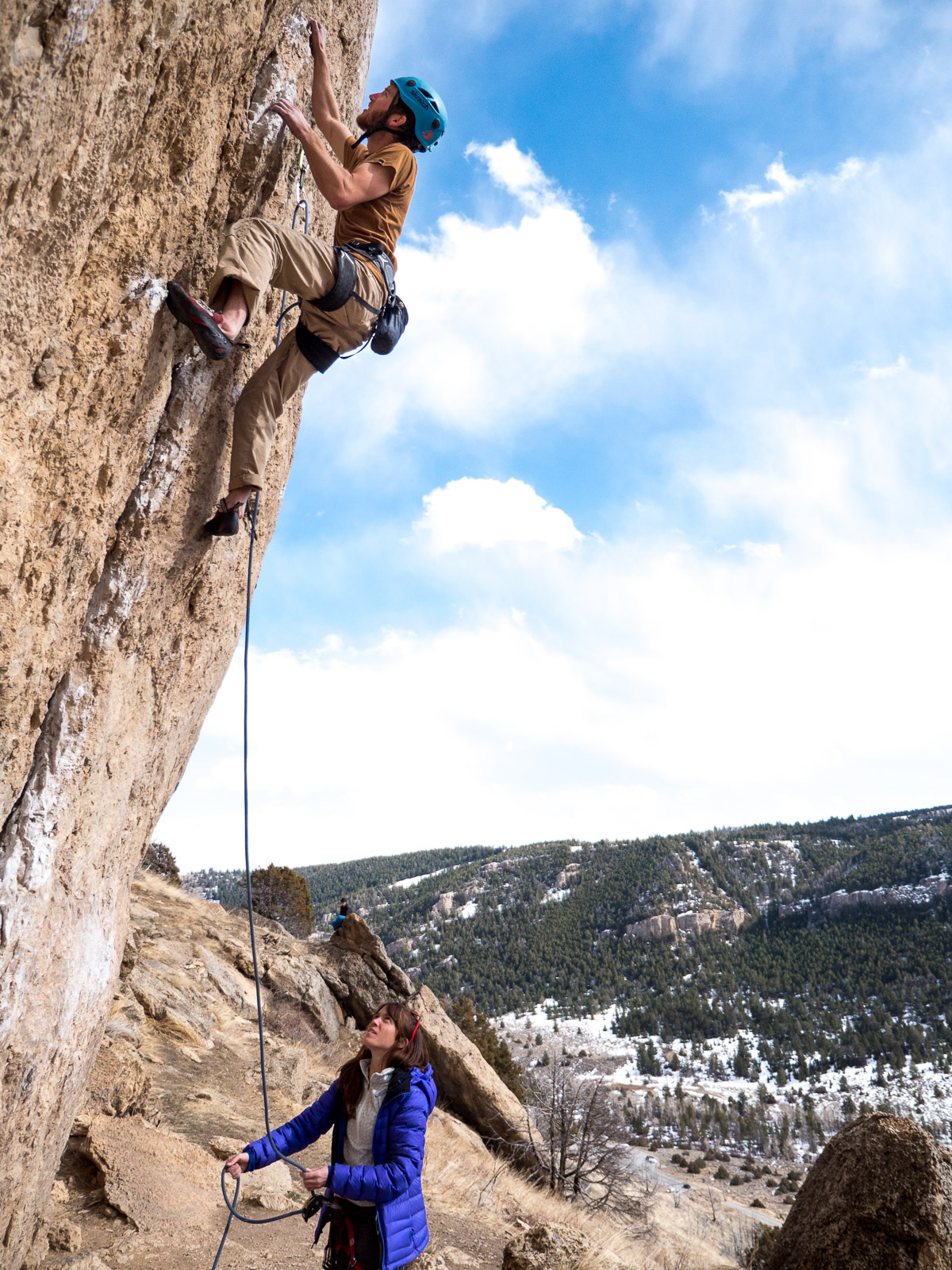 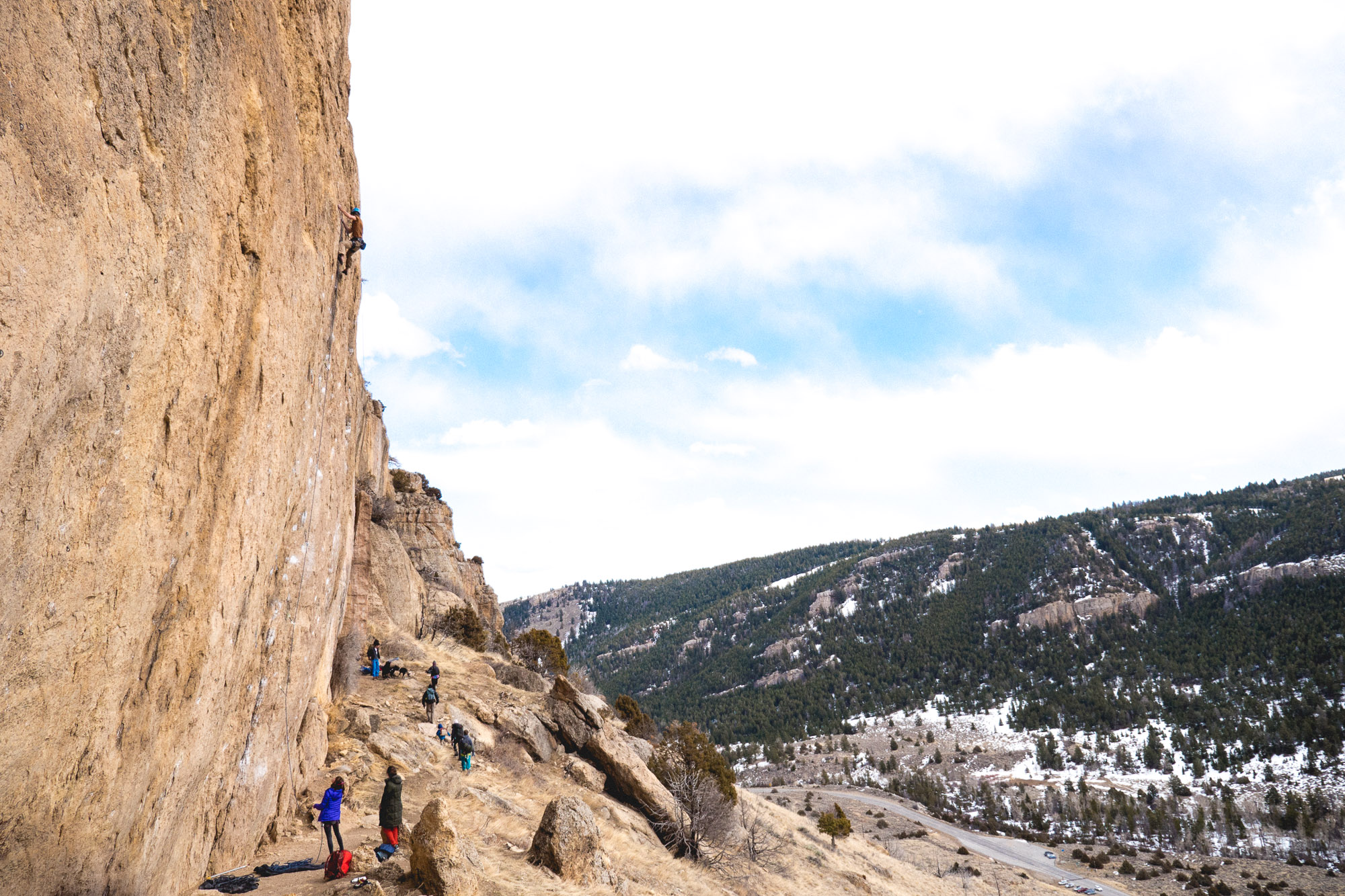 Taking an enforced break from climbing for the next few months, but hoping to at least be out with ascenders and camera to enjoy time with friends before long.

It's pretty amazing that of all these climbs, only four were repeats. In my sixth year of climbing in Lander.

The Road to Dushanbe, Purple Galaxy