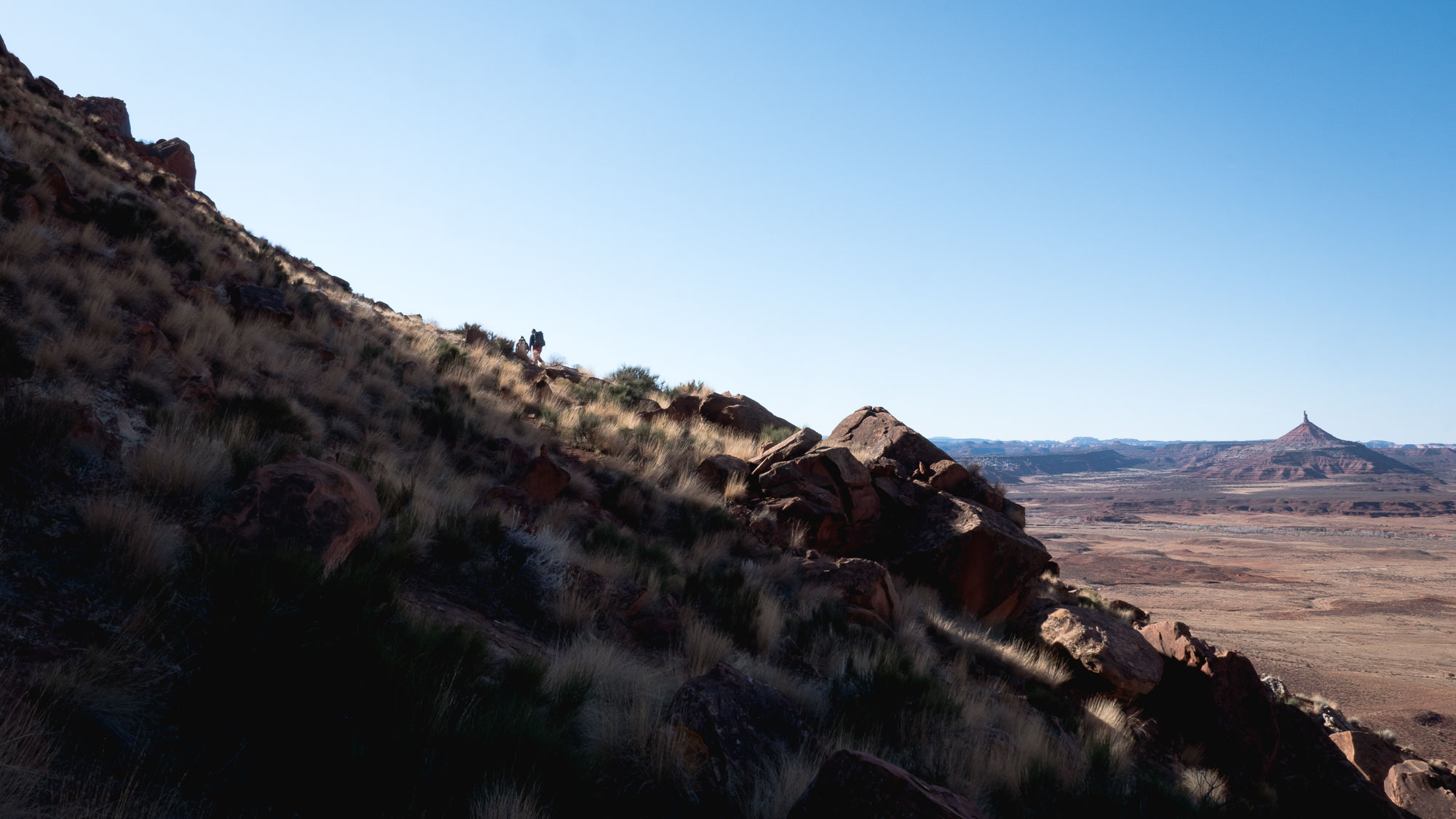 Ken! I don't have any words for this one!

Just write the opening of The Little Prince in Japanese.

Thomas and I had spent some portion of the previous night driving around Indian Creek searching for Steele and Reese. Thomas strummed the chords to Jeep Week in the passenger seat of Ahab and we took turns improvising lyrics chronicling our saga turn-by-turn, but not even that rowdiness summoned our Creeksgiving brothers. They were nowhere to be found.

And so Thanksgiving day was a break with Creeksgiving tradition. For the first time in a few years, I wouldn't be climbing with Steele, Reese, Nate, Jack, et al. Instead, it was spent with a new crew of gypses, boulderites, and their affiliates.

Our crew went up to The Wall, a new crag for most of us (myself included). It sits towards the edge of the guidebook's Indian Creek, and the hope was that its rough approach would keep most other groups away (since we were already so many). 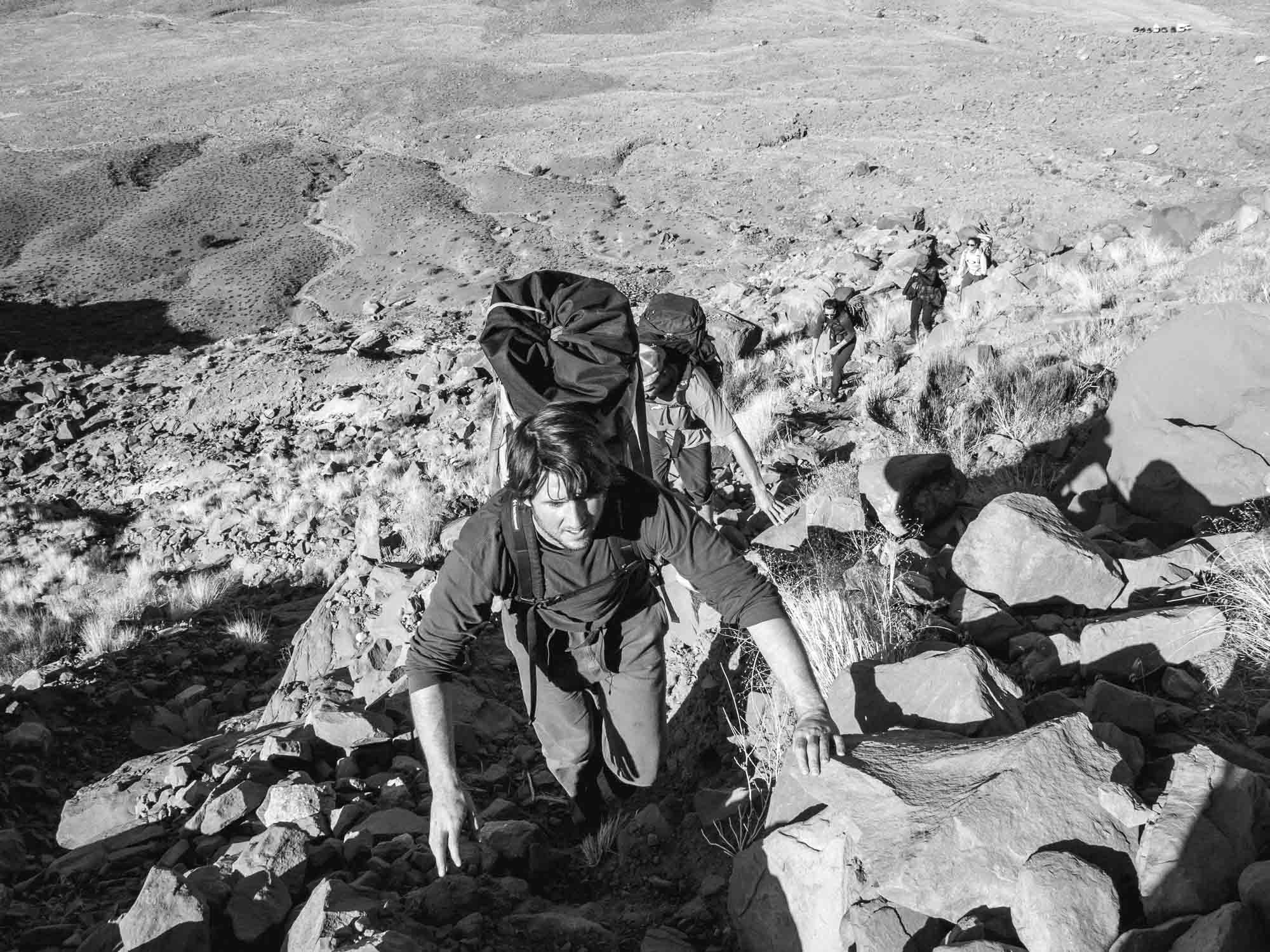 Our large group split into many smaller groups. In the hopes of getting some good TRing in I latched onto Shaleas again. I put up Comfortably Numb with the plans of leaving a static on it (out of the way of anyone else going up) and shooting the adjacent climb in the sunset later in the day.

Of course, I also used it to shoot Sherry-berry's 5.13 variation send! 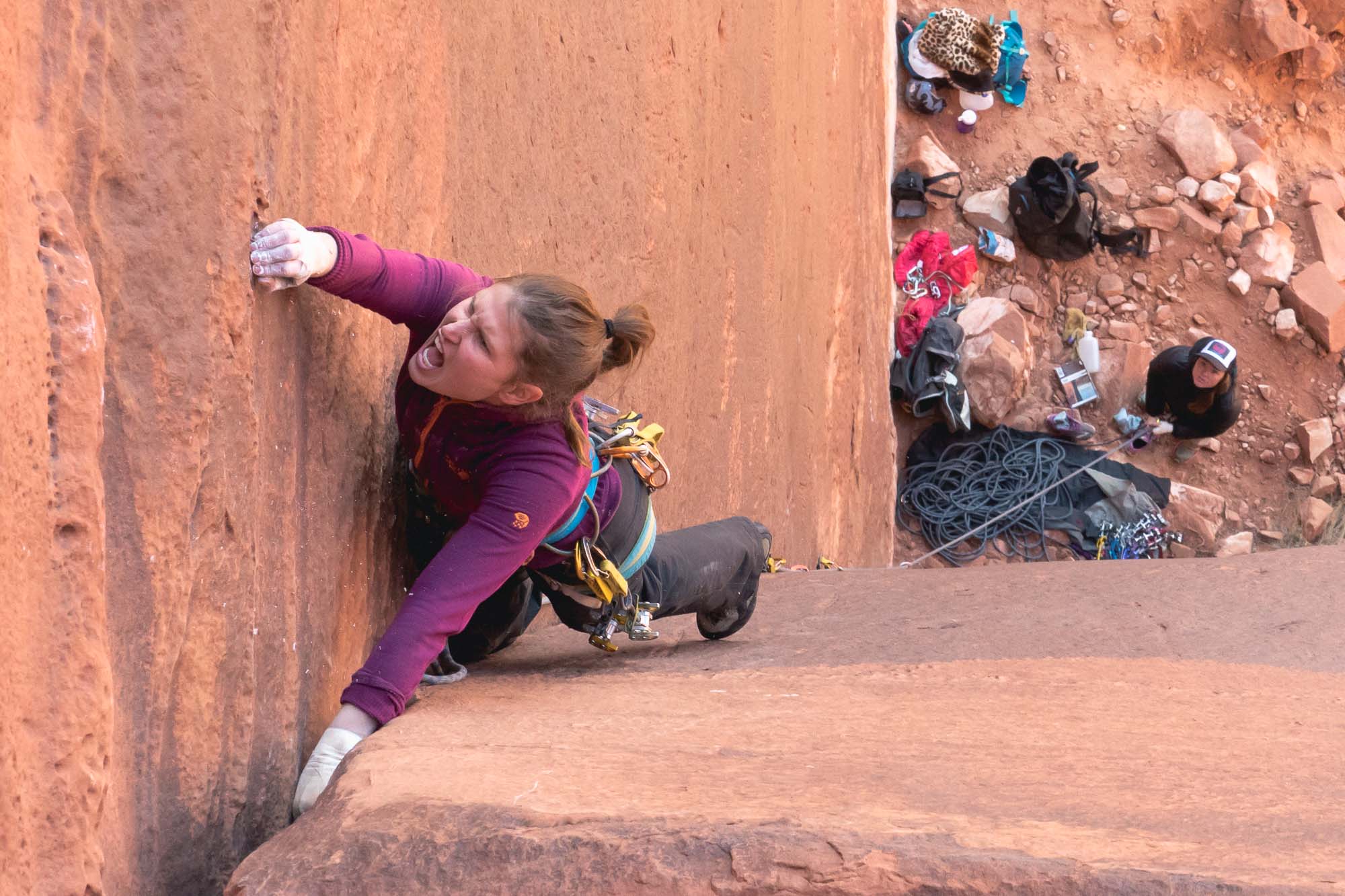 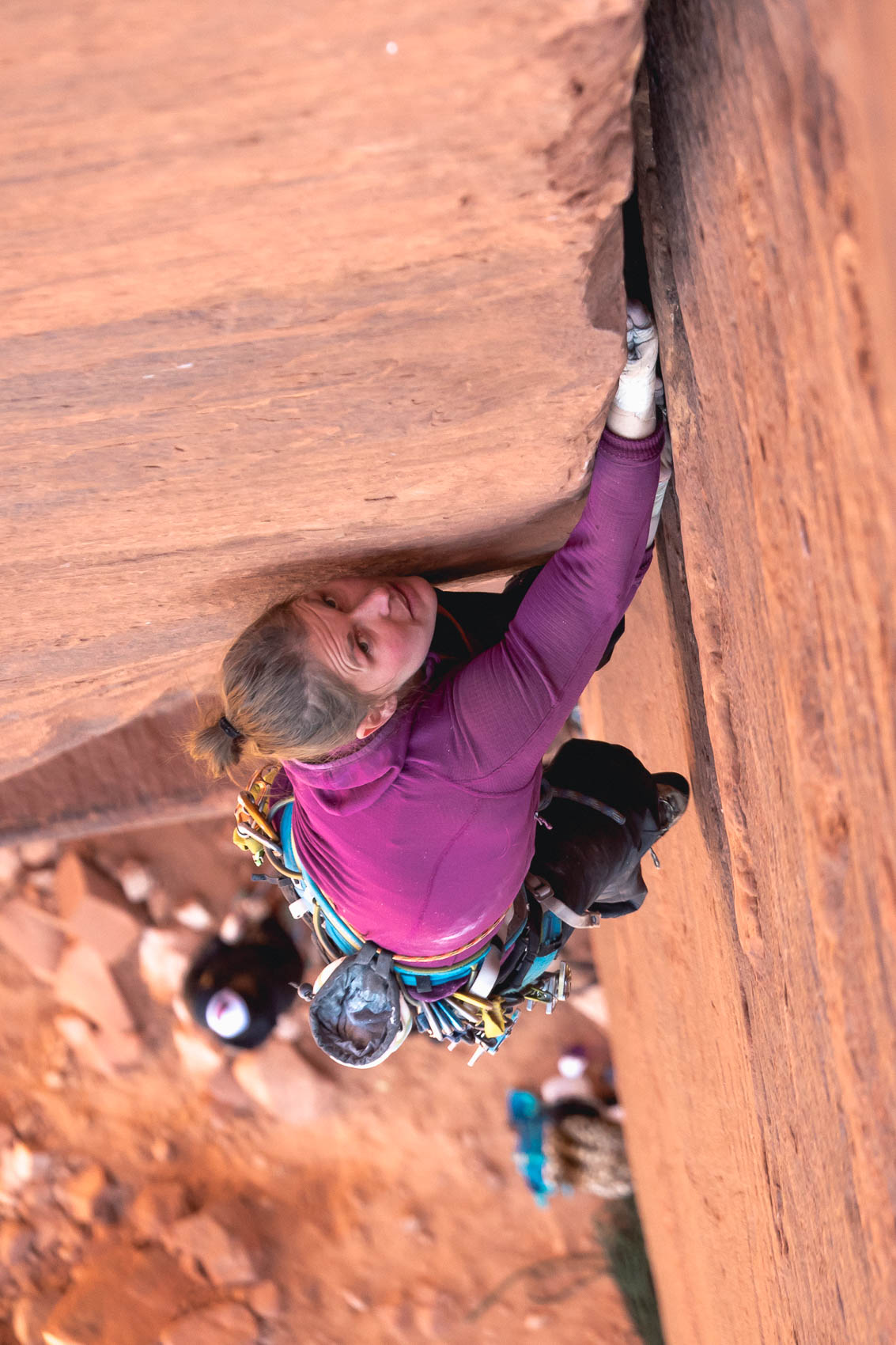 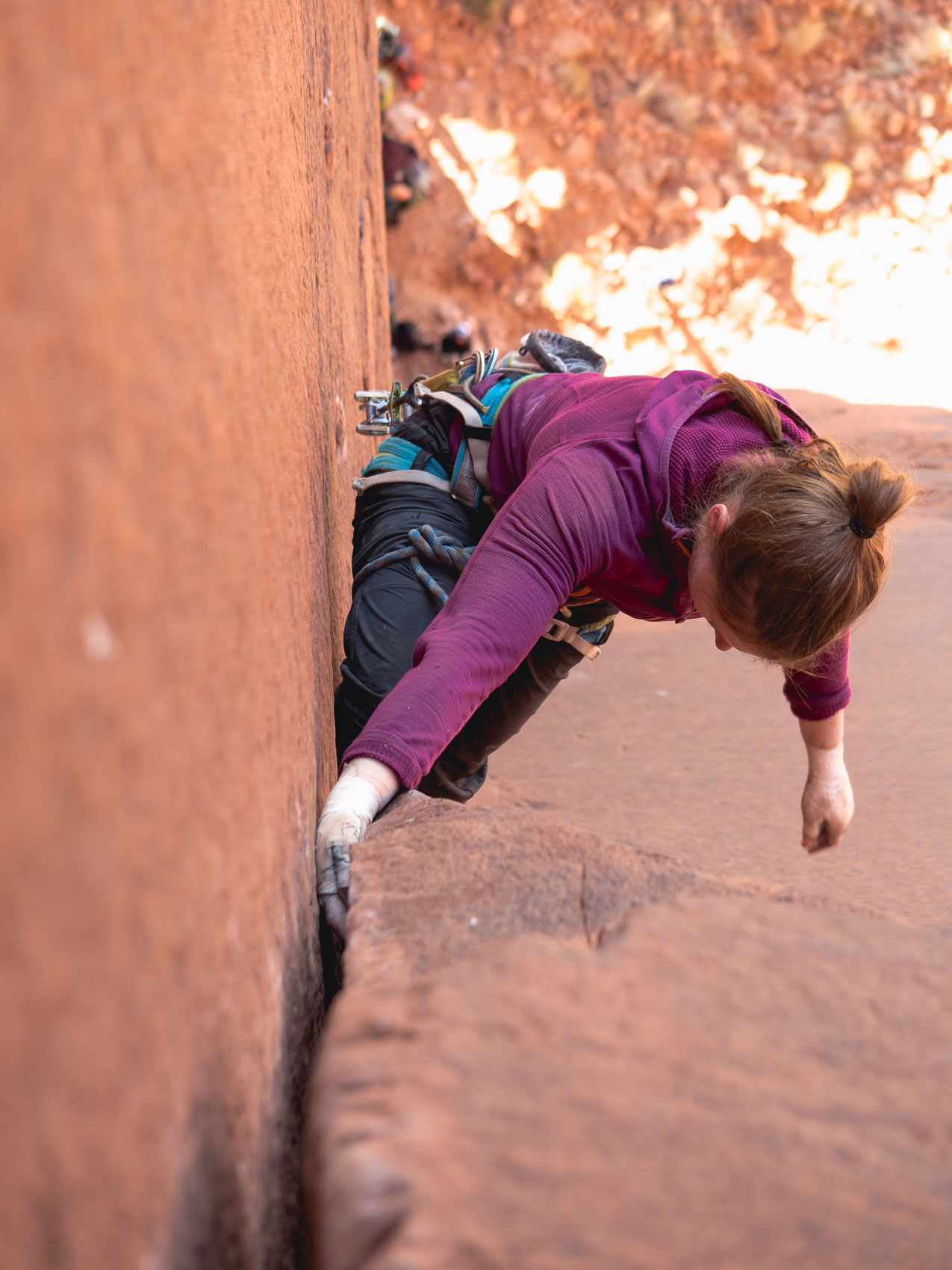 Back on the ground, I ran around shooting big boys climbing big cracks. 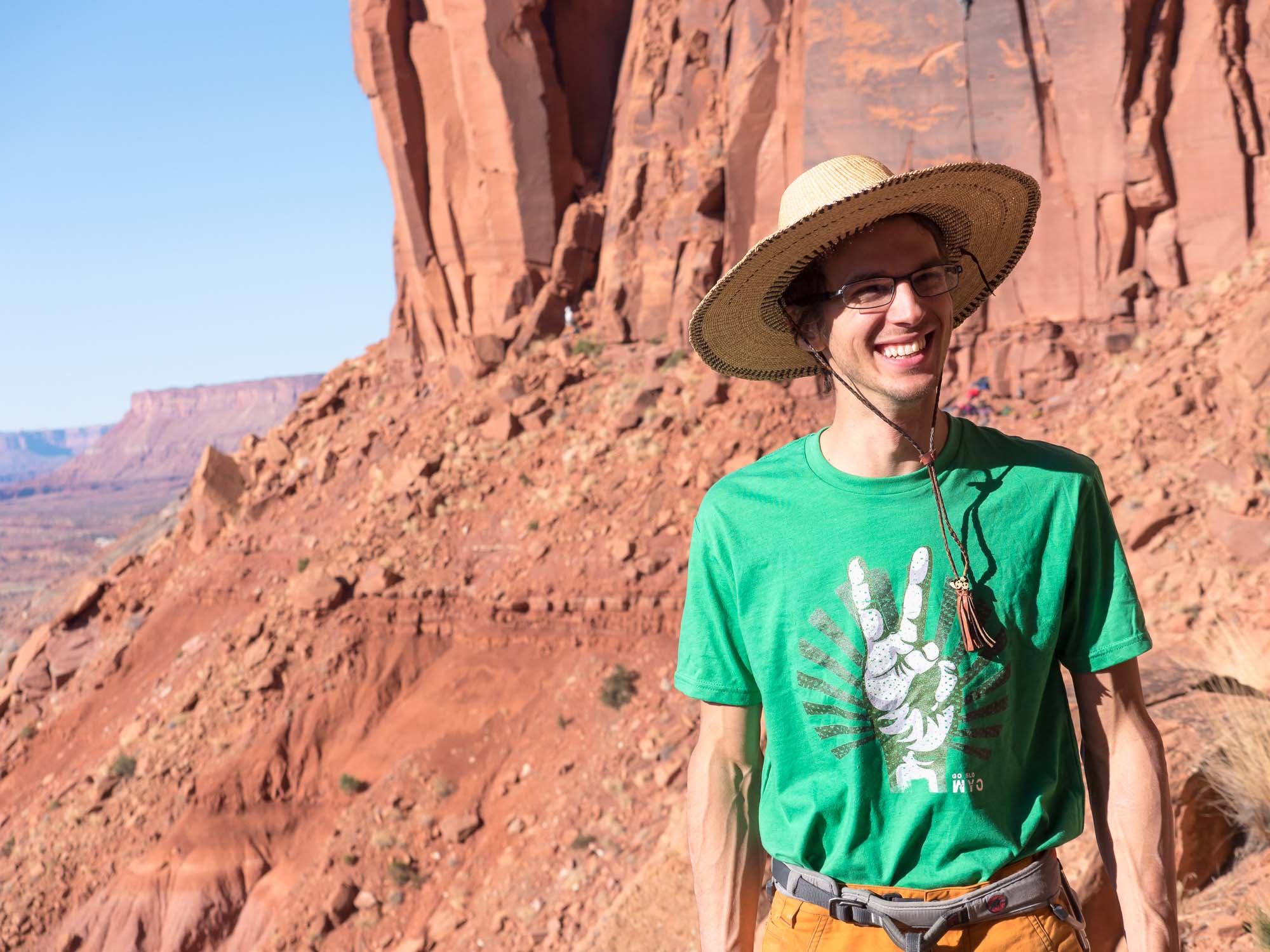 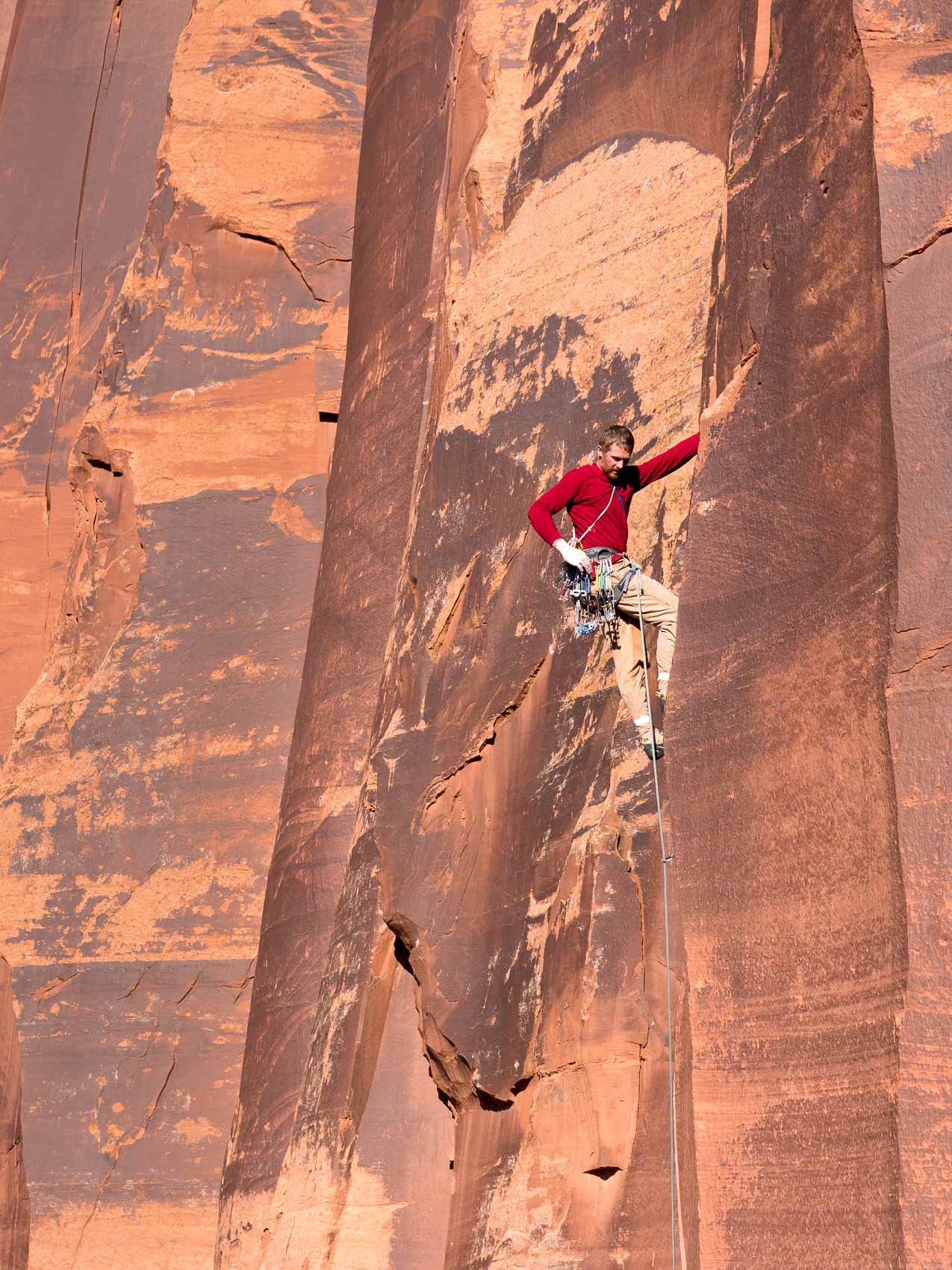 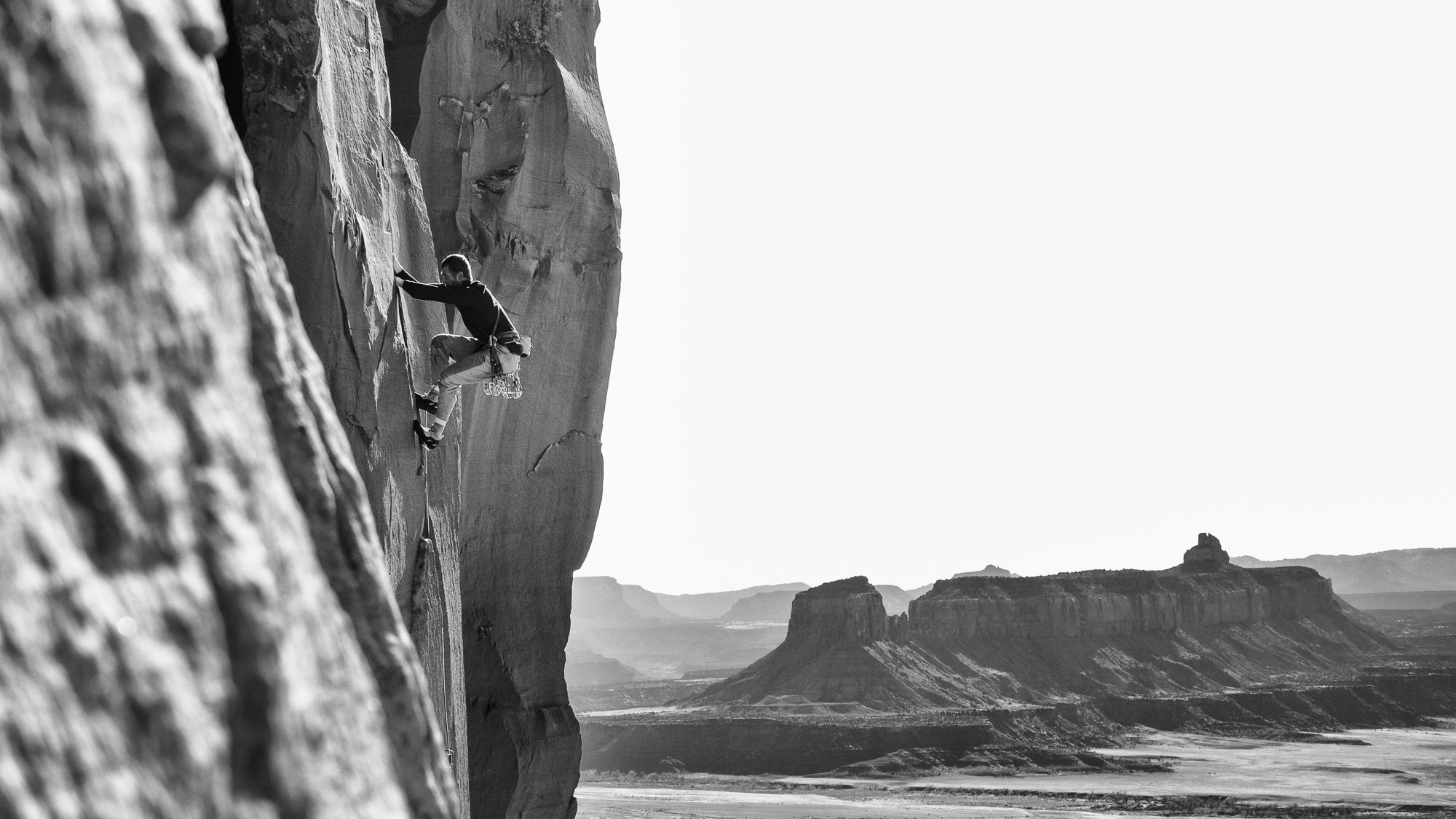 Many other groups ended up having the same thought we did about The Wall, and it ended up crowded, but that's fine. We met some very nice folks from Denver (Hi Robert! Hi Holly!) when they were hanging around in the same corner as us. Robert didn't get the onsight of Goodbye Cruel World, 12- .5s, and was sad. Shaleas gave 'er a good go too and then I get to do my hard TR. Yay for Shaleas! So generous.

I blew it at the same place as Robert - the .5s suddenly switch into wide laybacks, muey tricky. But! Wow! Very great, much route!@@@ 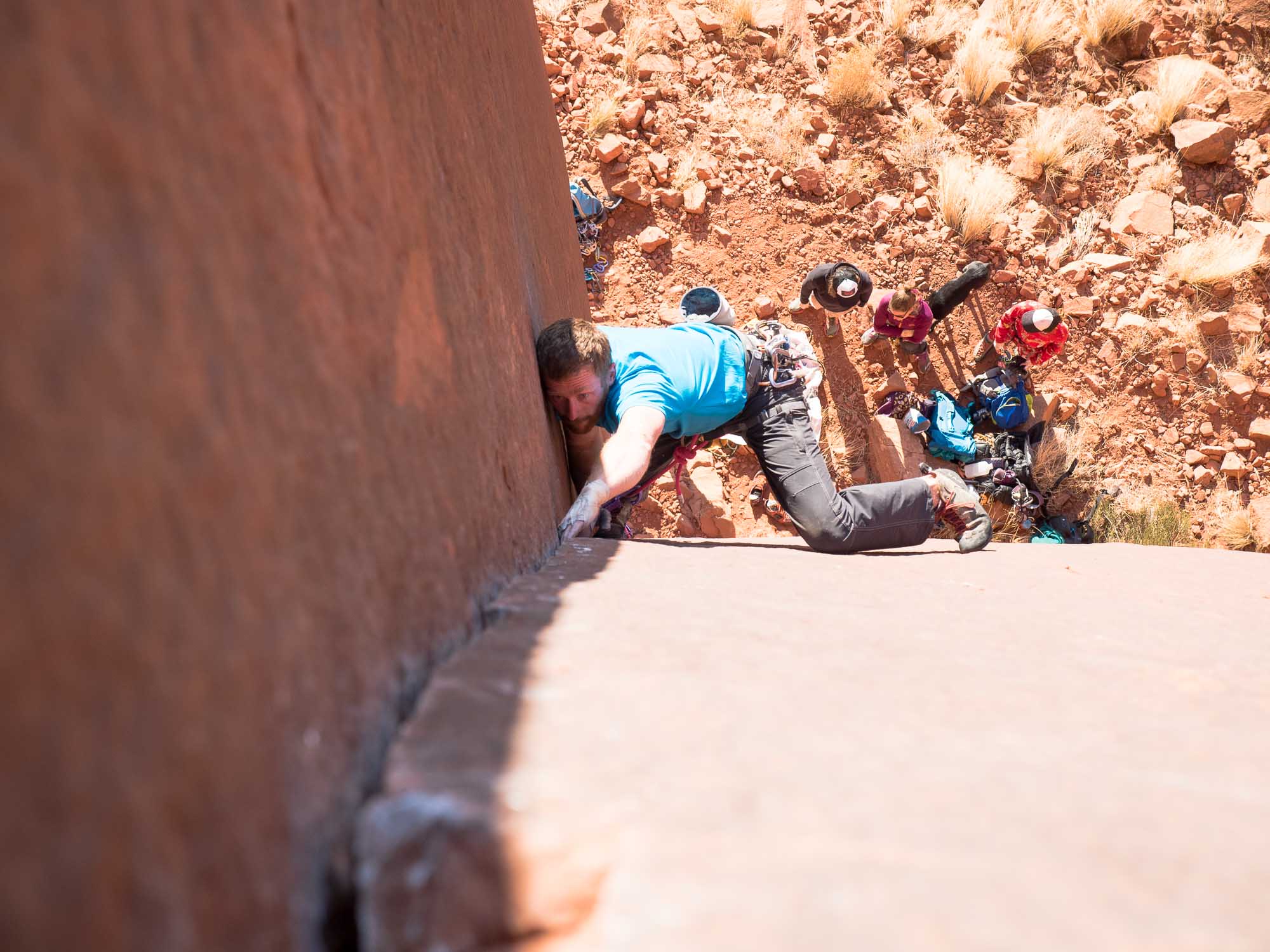 and found the crux earlier than we others. Poor guy was getting worn down! 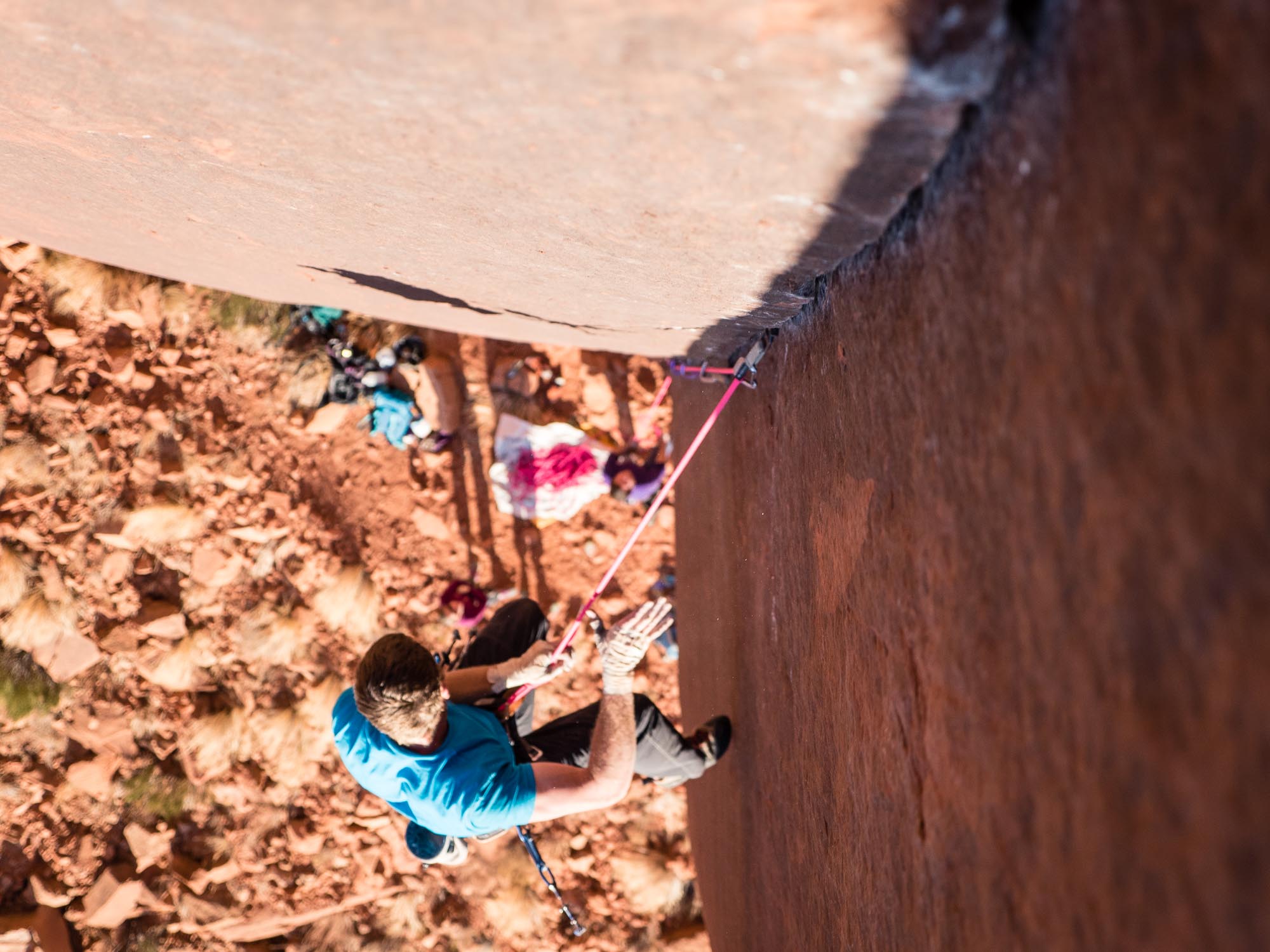 Pigs On The Wing

As the day was winding down it became clear that I wasn't going to have a friend climbing on Pigs On The Wing during the sunset liked I'd planned. The line went deep. But I'd be damned if I had the foresight to hang the static and then didn't get to pull off the shot! 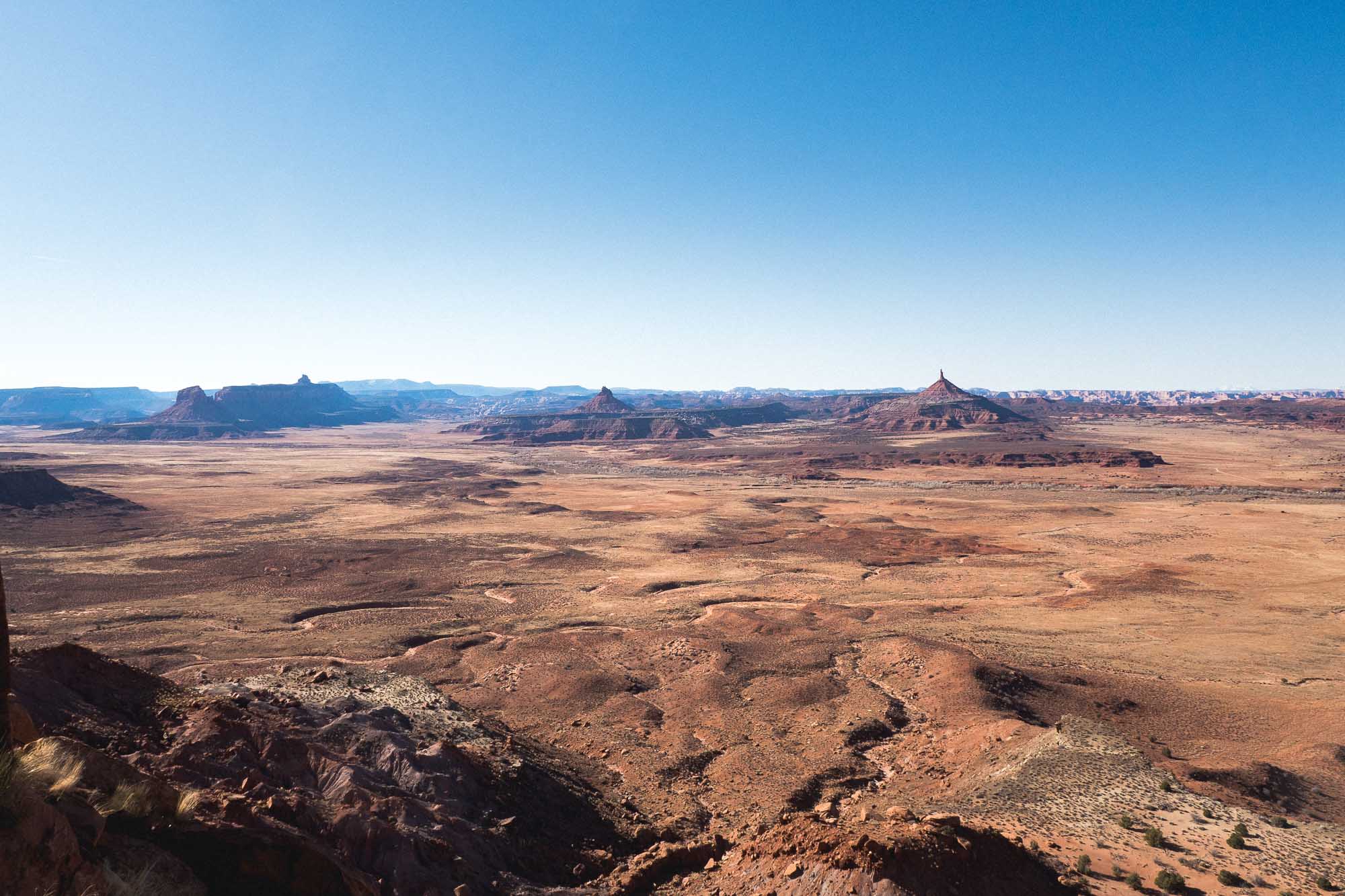 So, what to do? Make new friends! I asked Holly if I could shoot her while she lead it. She said yes! And as we all know, if you give a mouse a cookie... maybe would she want to wear this Go Slo Wyoming shirt while she climbed it too?

Not wanting to hold up a stranger who was doing so much for me, I sprinted up the static and started shooting... without double checking my camera settings. Urk. Even in a watching-paint-dry sport like climbing, a slow shutter is a sad thing.

Still! I'd say some of these came out, eh? 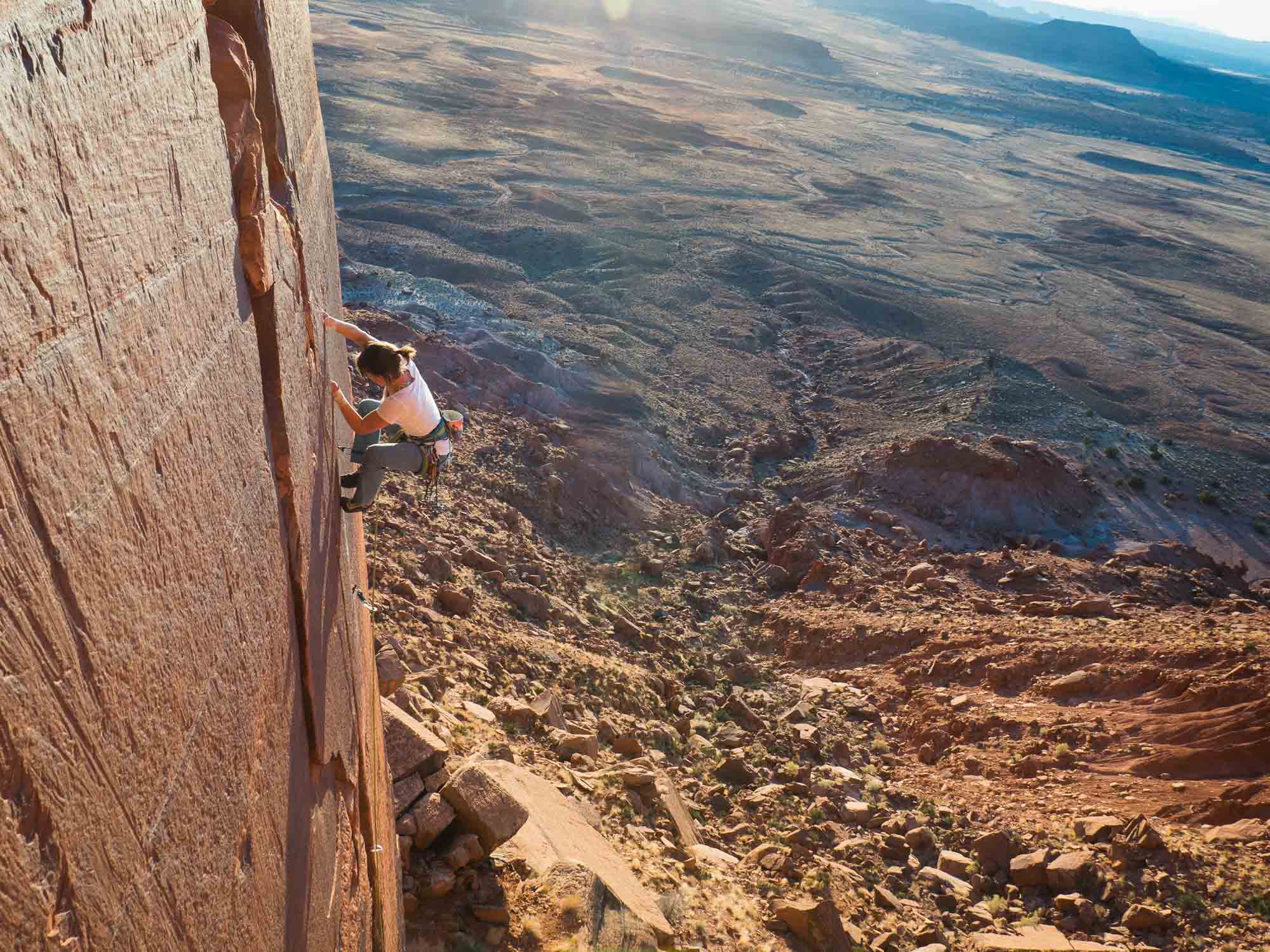 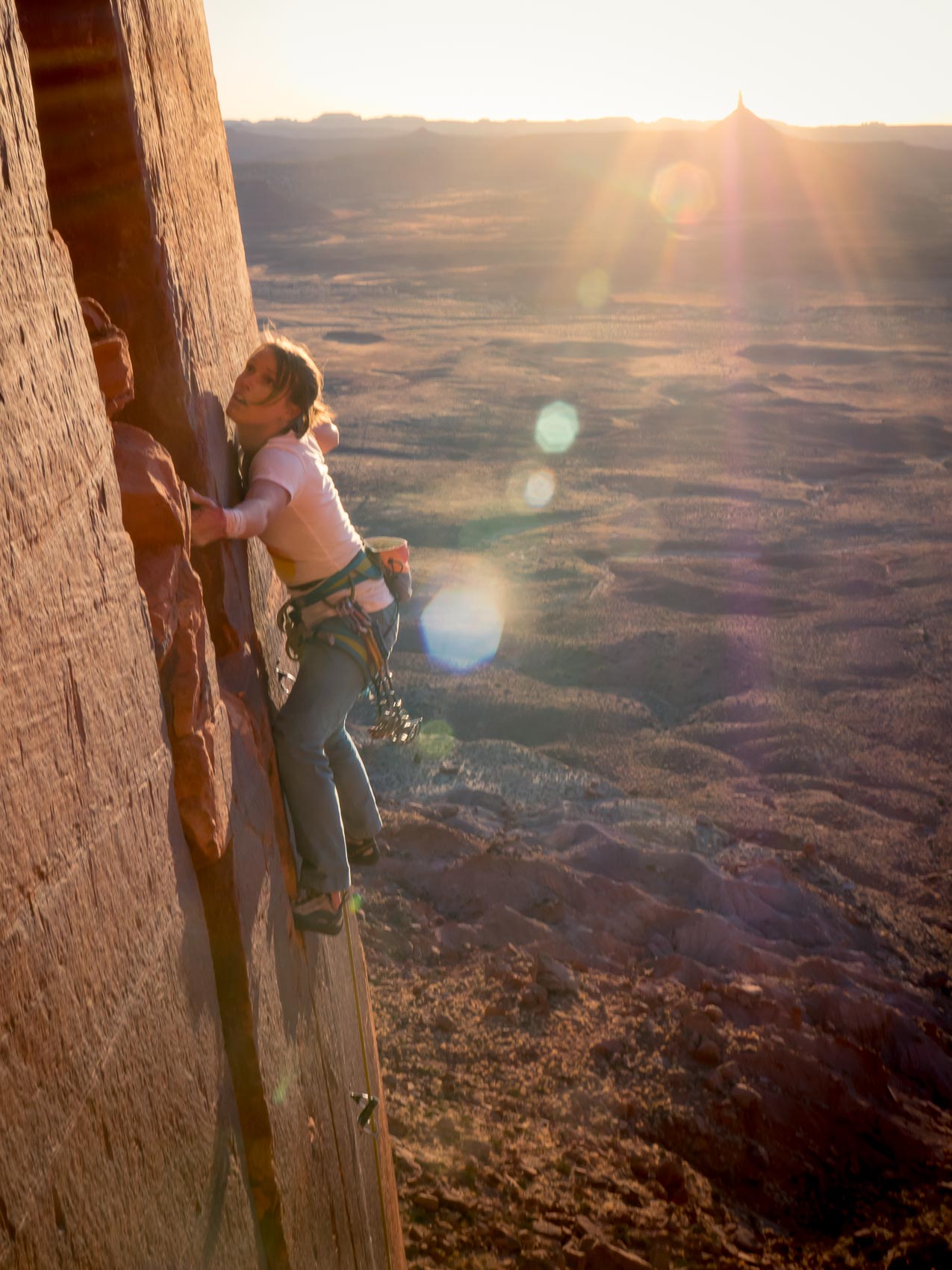 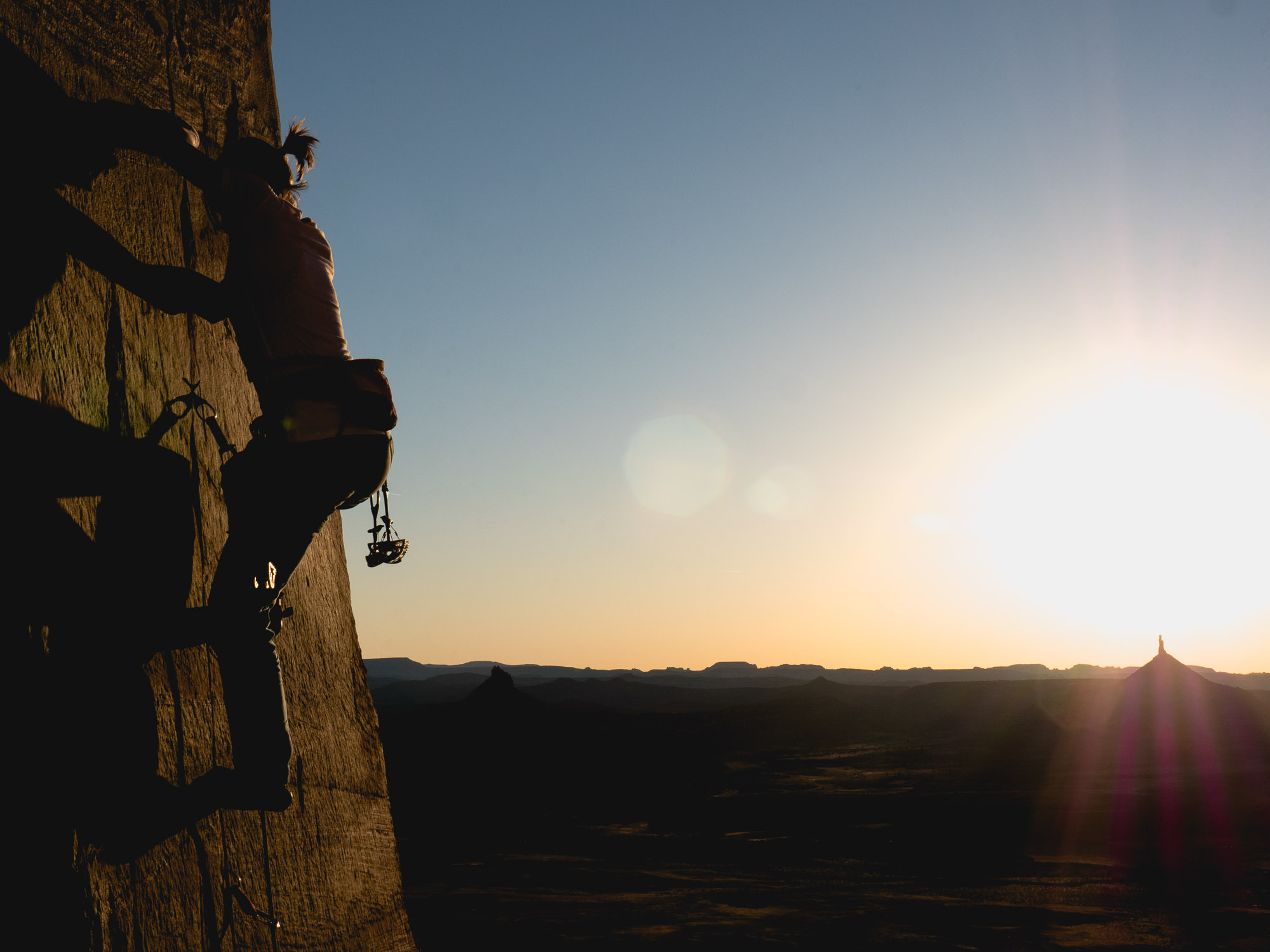 And then the sun went down. 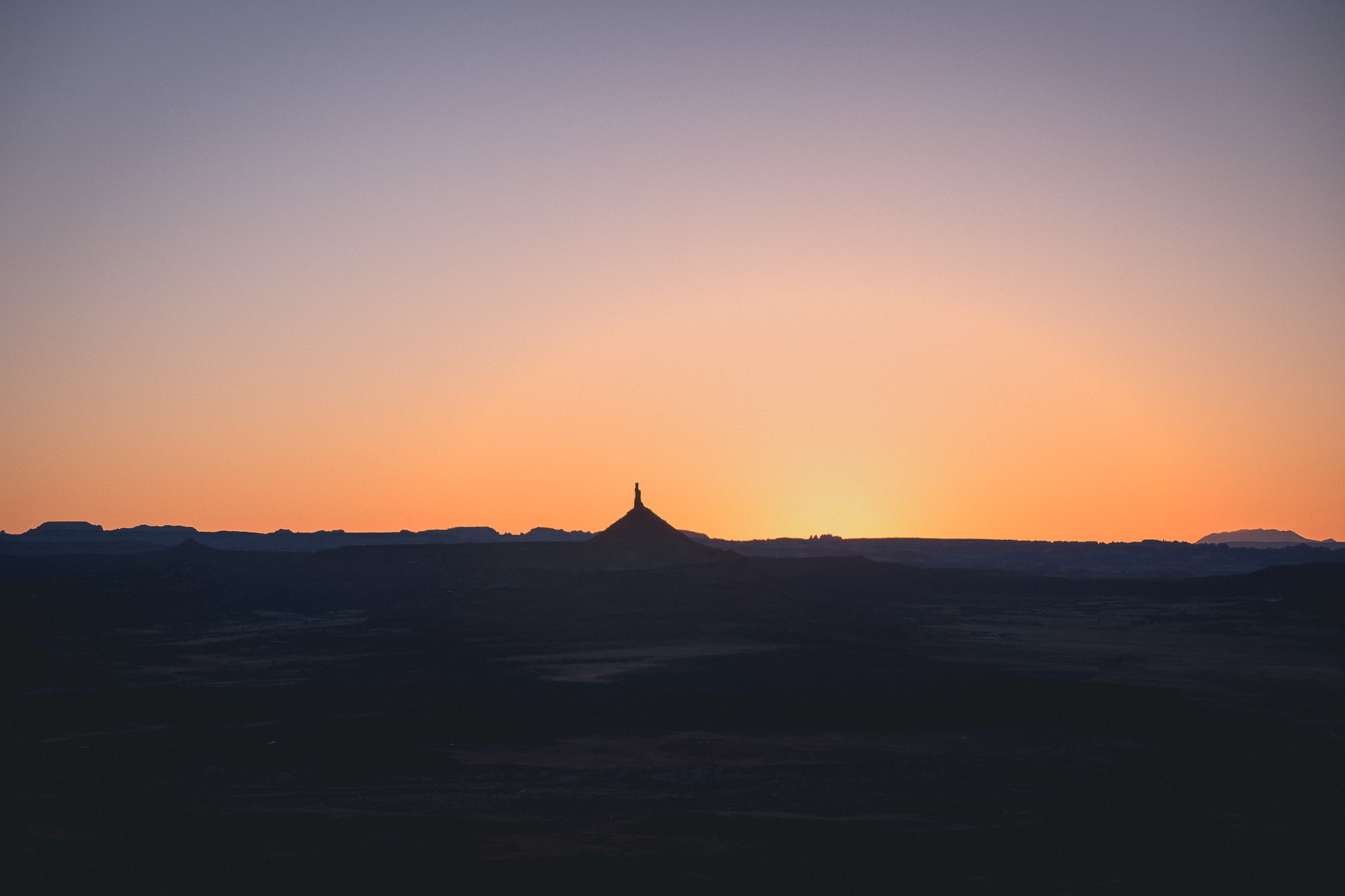 I scrambled to clean up my mess scattered around Comfortably Numb and Goodbye Cruel World while enjoying an Upslope beer compliments Thomas's photography skills.

It was dark as we hiked out, headlamps lighting the way. I was amped for a Creeksgiving dinner, but sad to think my Creeksgiving family wouldn't be there. They are the sorts of guys that would never mistake a boa constrictor for a cowboy hat, the sort of people that are important to have around a campfire on the night you're not having dinner with your ninety-year-old grandmother. 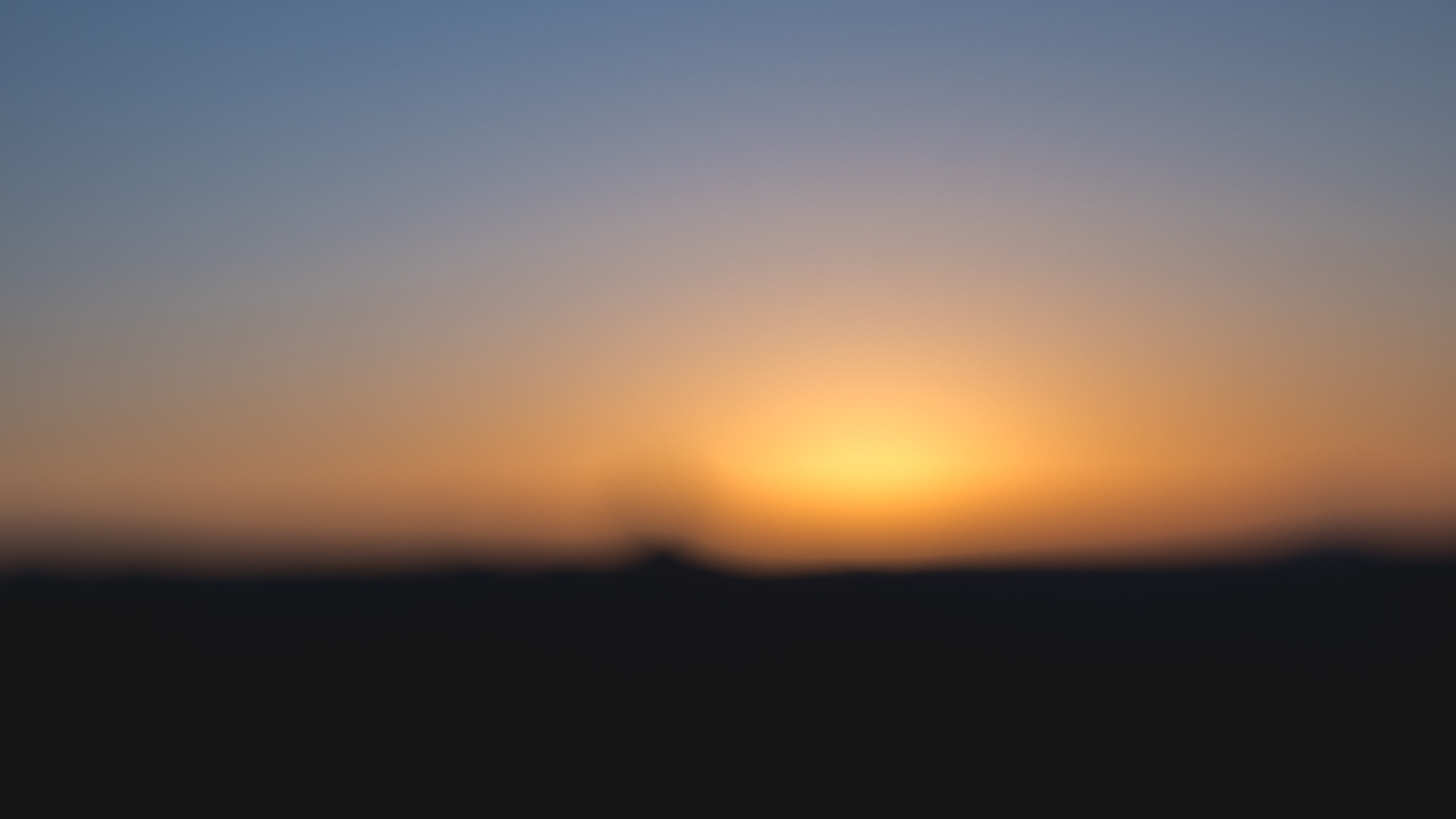