It's hard to keep track of all the things I do that aren't climbing, but luckily I take lots of pictures to remind me. Here's some that I missed from my rest days post, along with some things that have happened since.

After two short days in Ten Sleep, the Disas and I took the scenic route back to Jackson via Cody, past Buffalo Bill Reservoir... 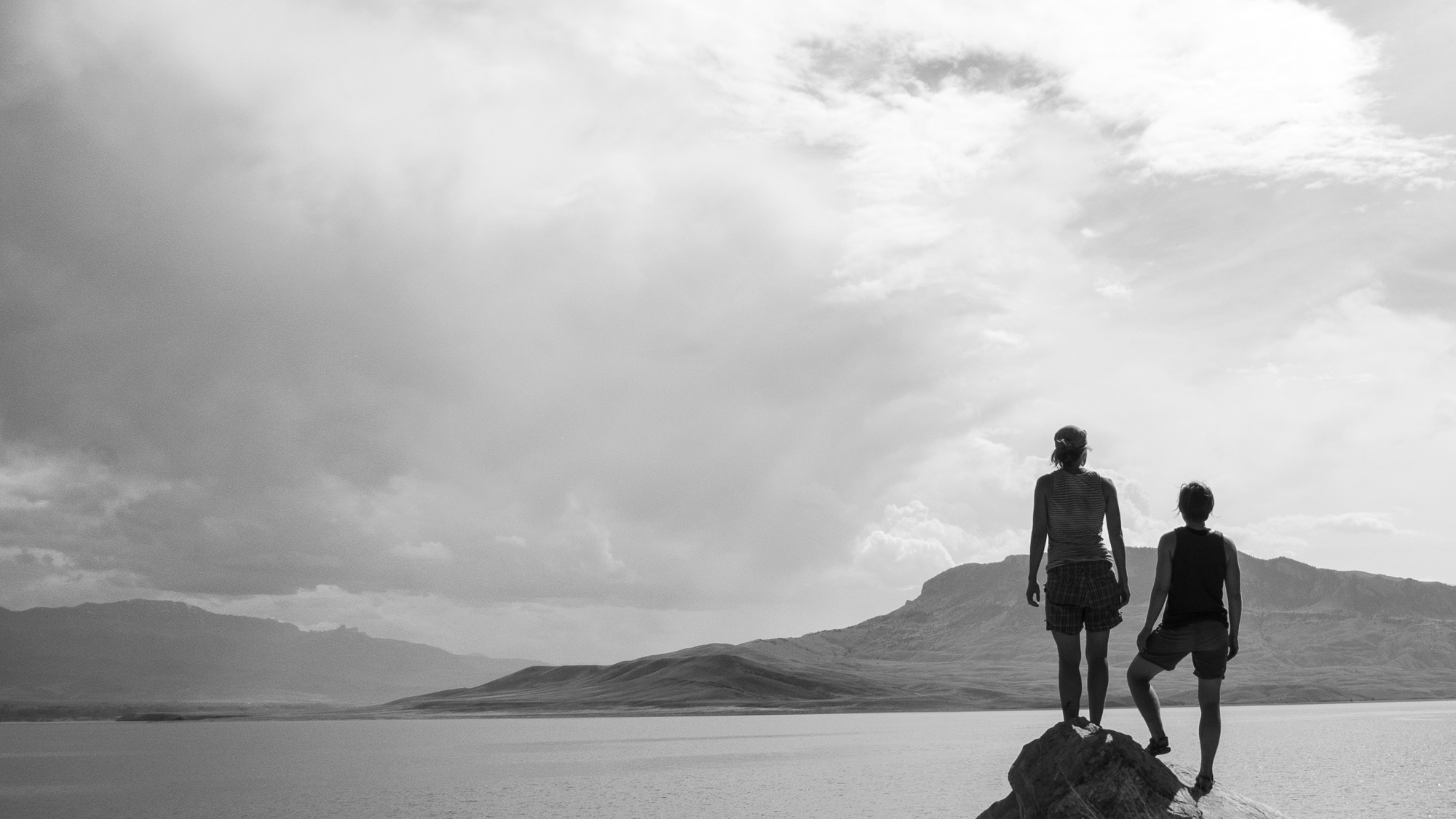 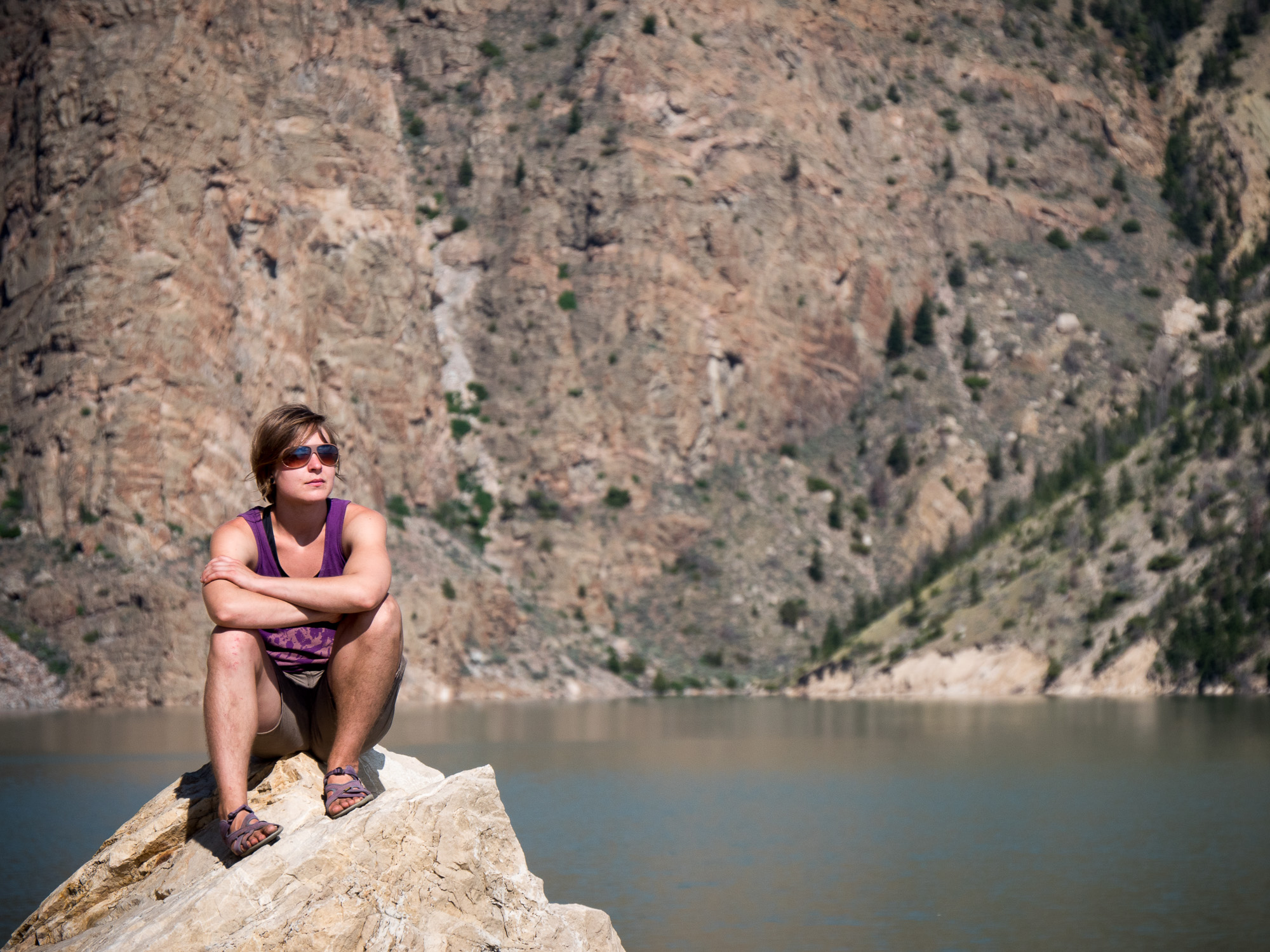 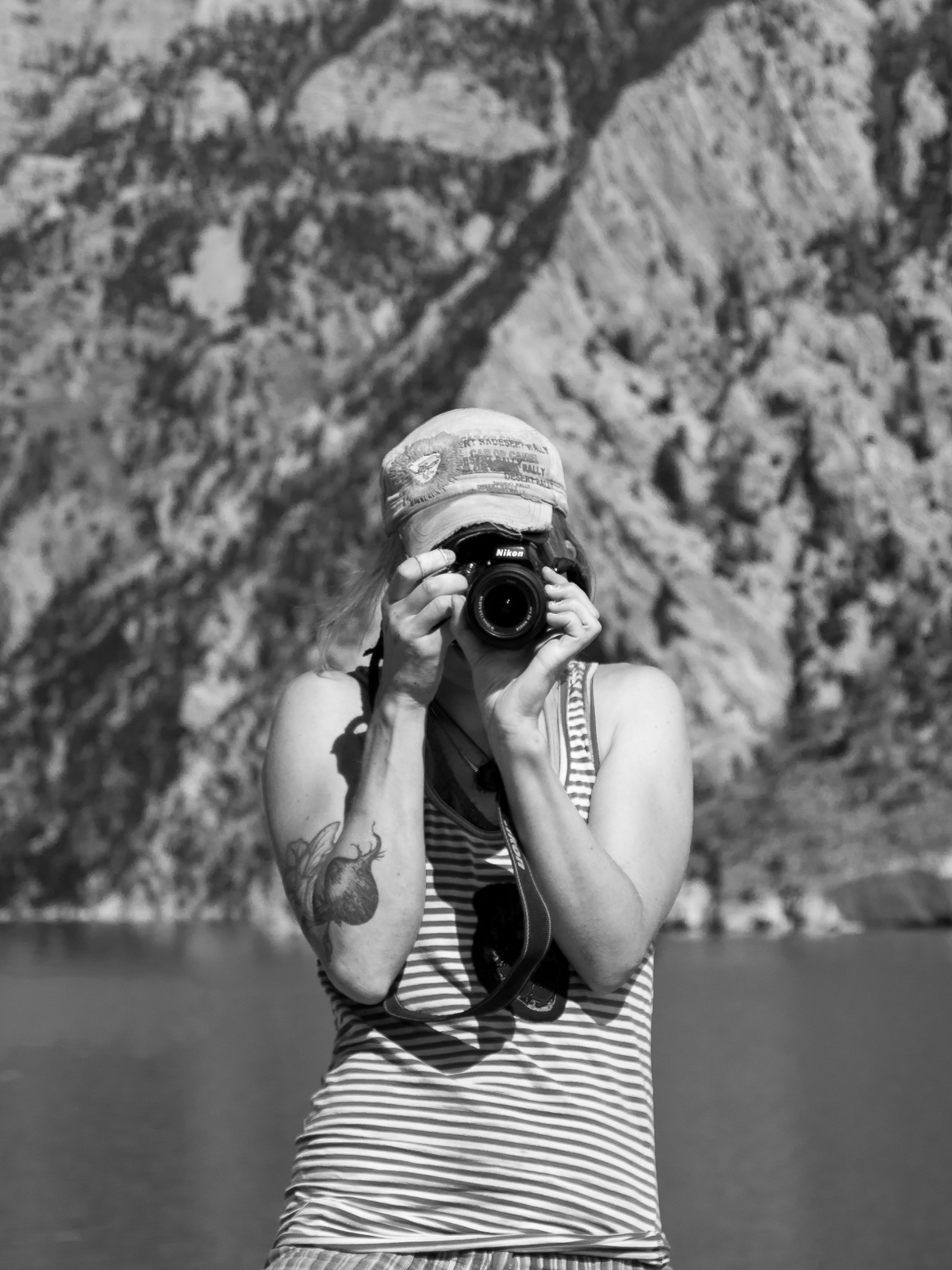 I got to enjoy a view of the full moon out there on the reservoir. 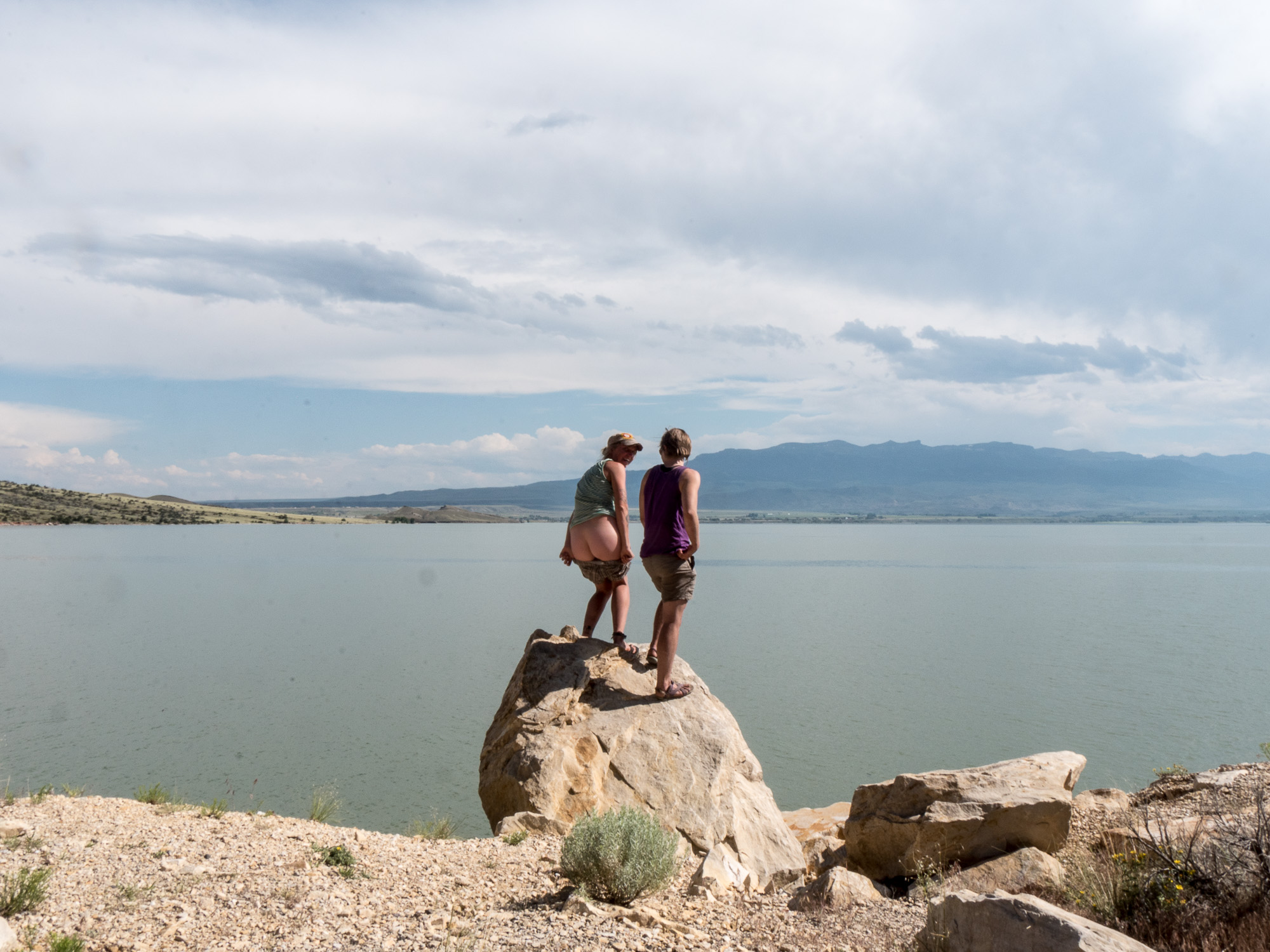 We finished our trip home via the East entrance to Yellowstone. Twenty-odd years ago a fire ravaged that side of the park, and now it's filled with the old skeletons of what was. 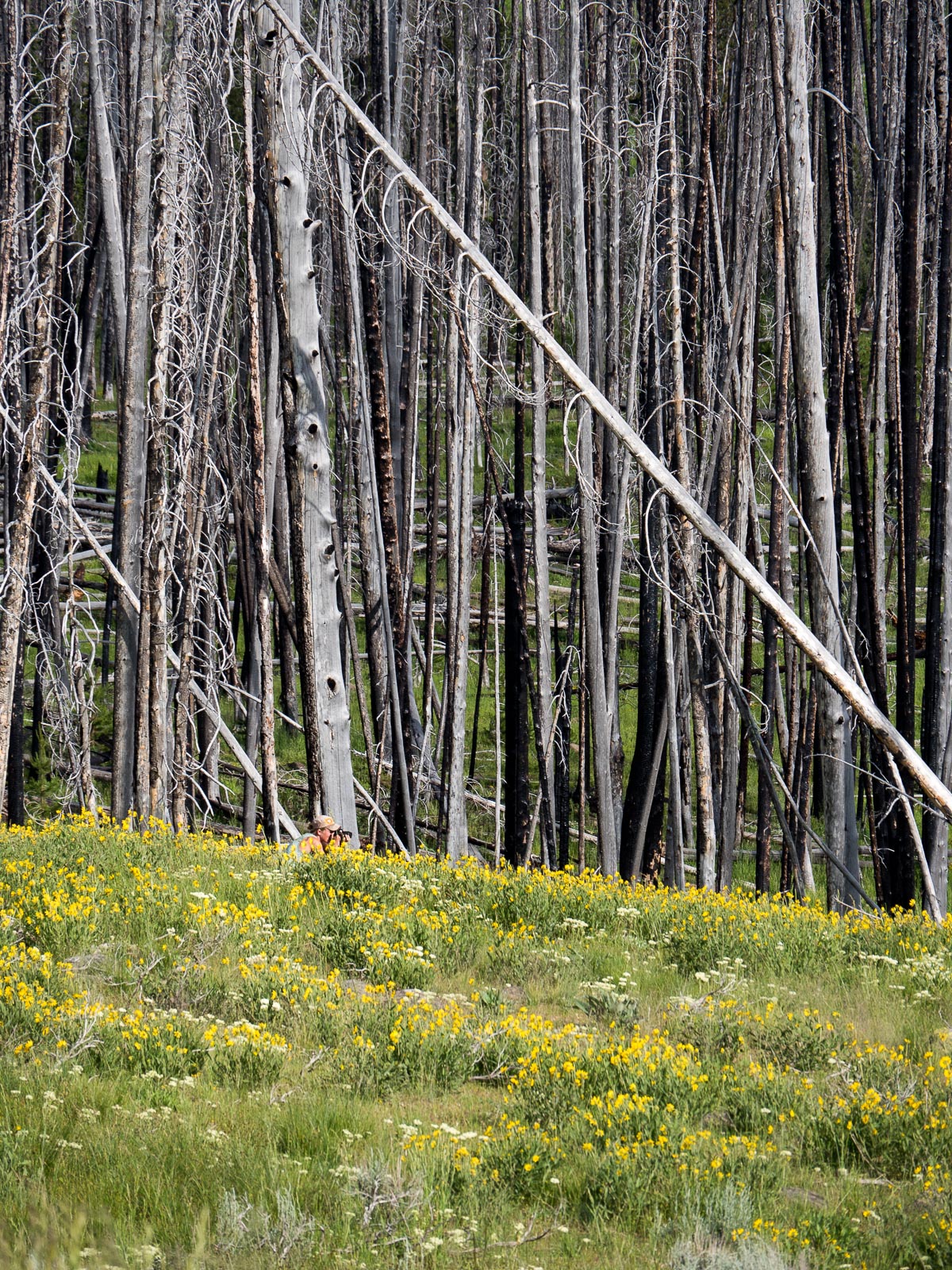 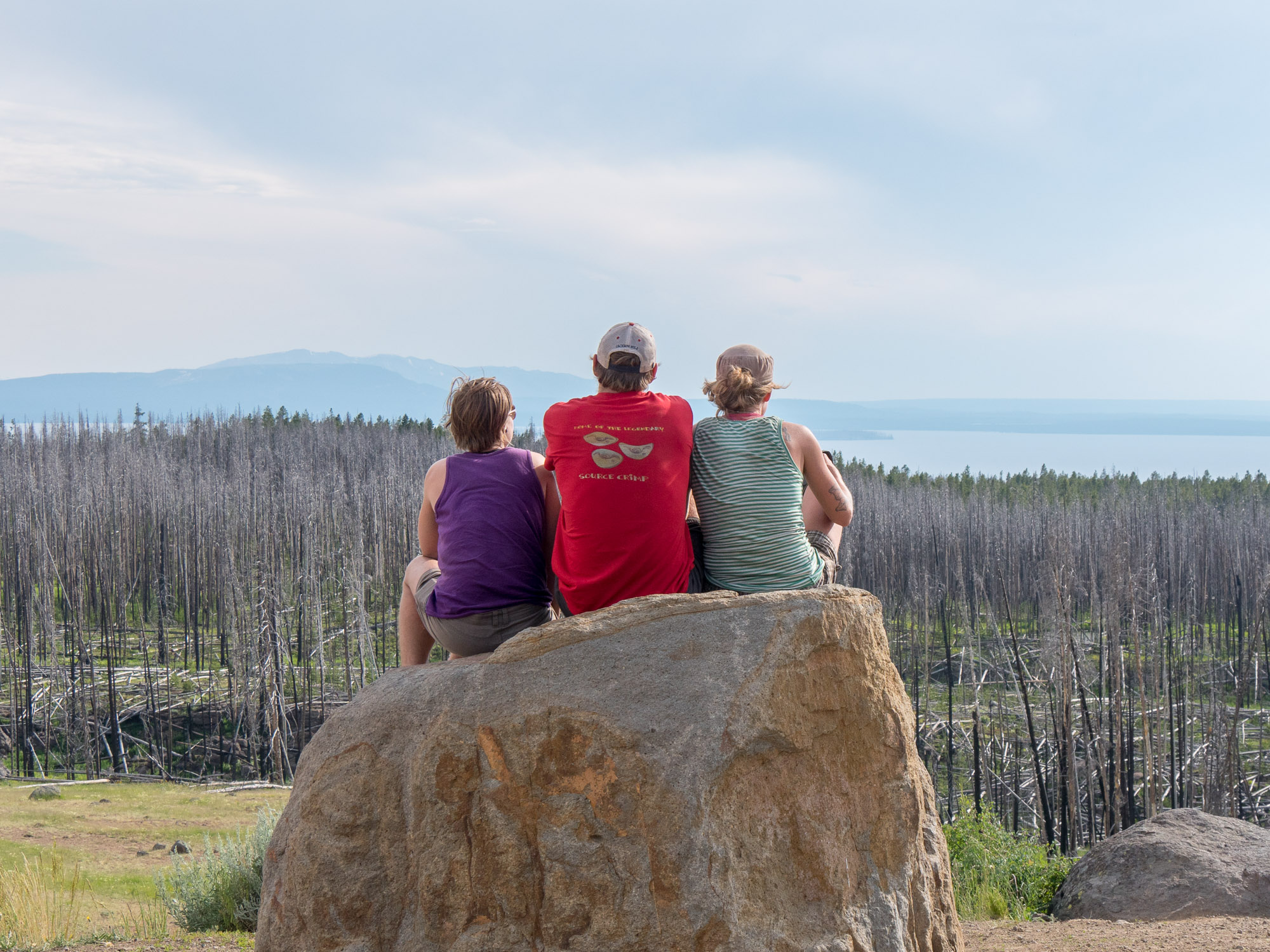 I alluded to one of the weddings I attended this summer at Wild Iris in my last post, where Dave and Viviana had their ceremony. 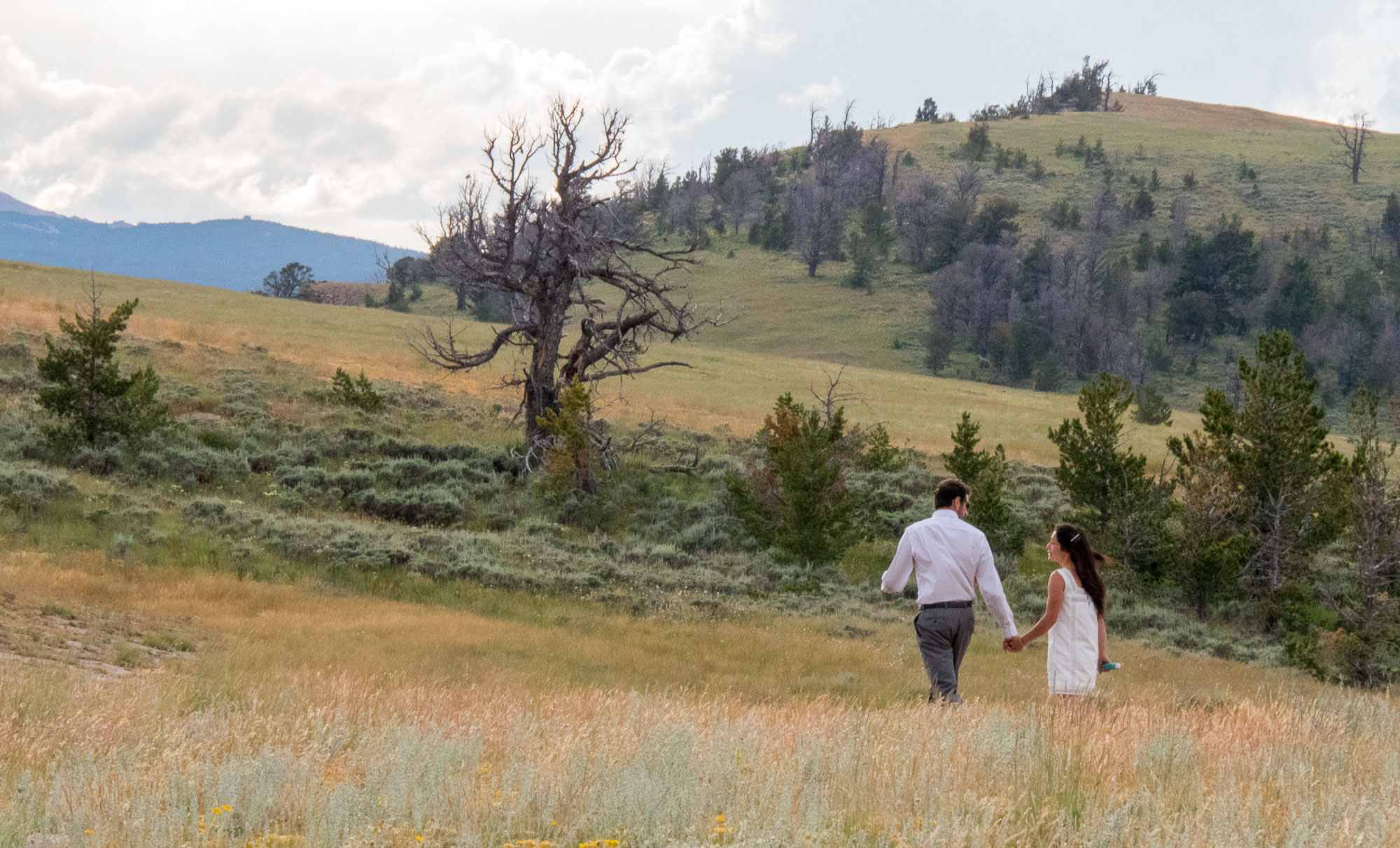 I attended another on the West side of the Tetons, celebrating Bre and Reid hitching the knot. 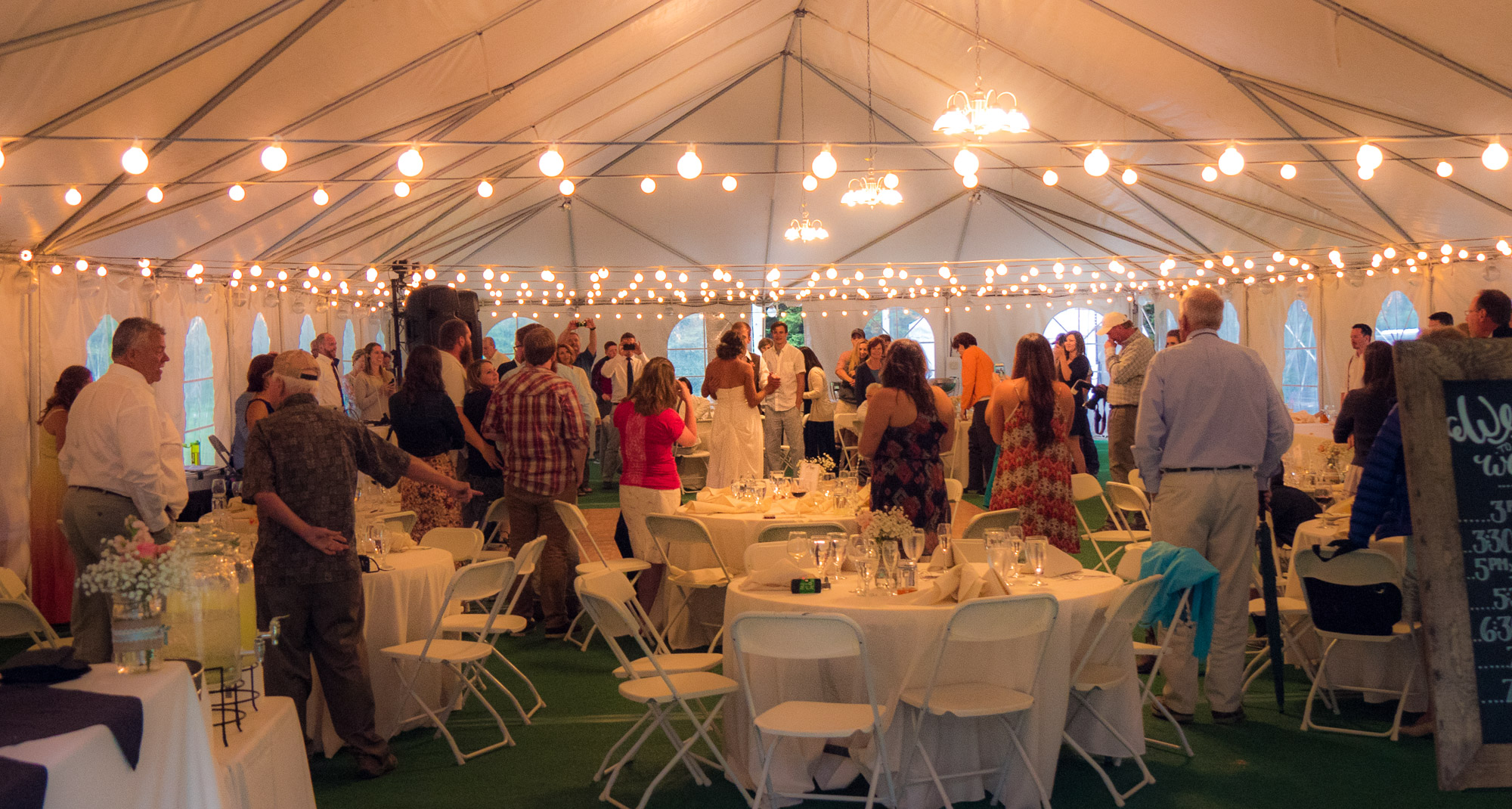 I bought a shirt thirty minutes before the wedding and carpooled in with Walter, Carter, Piper and Tallulah.

Since Bre and Reid already had their own professional photographer, I ended up only snapping one photo of the couple and otherwise had my lens trained on other attendees. 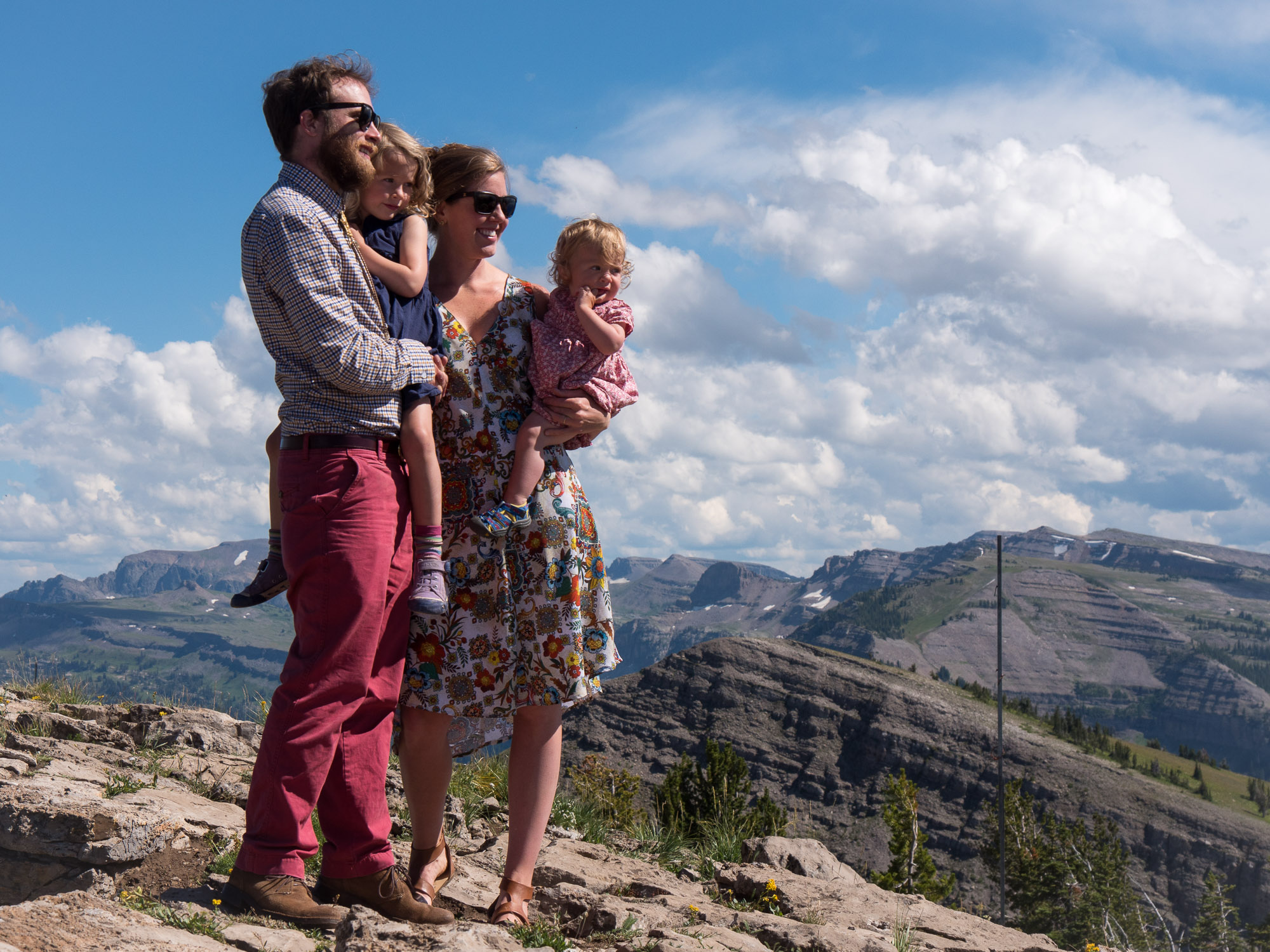 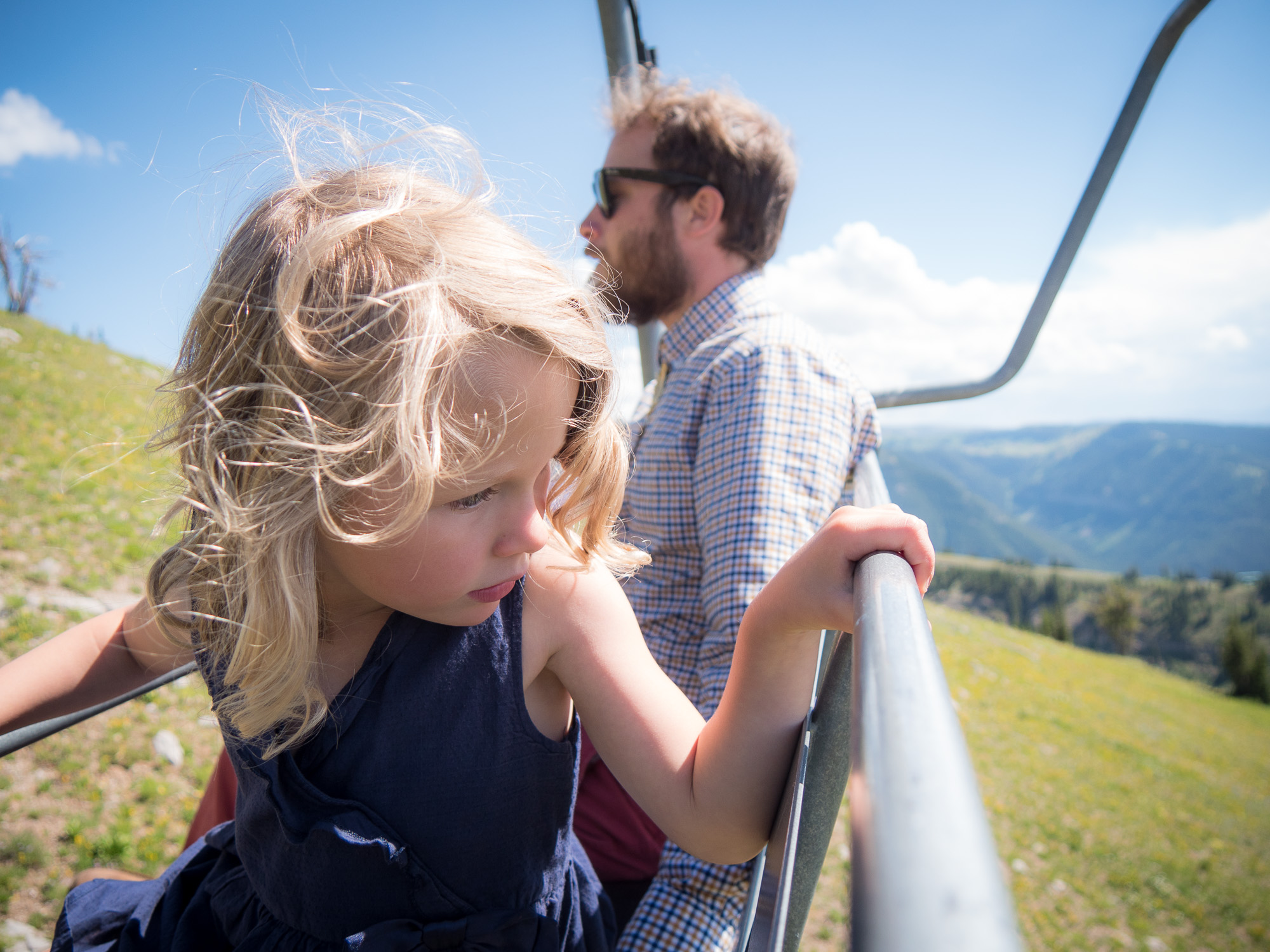 Piper and Walt ride up the lift at Targhee 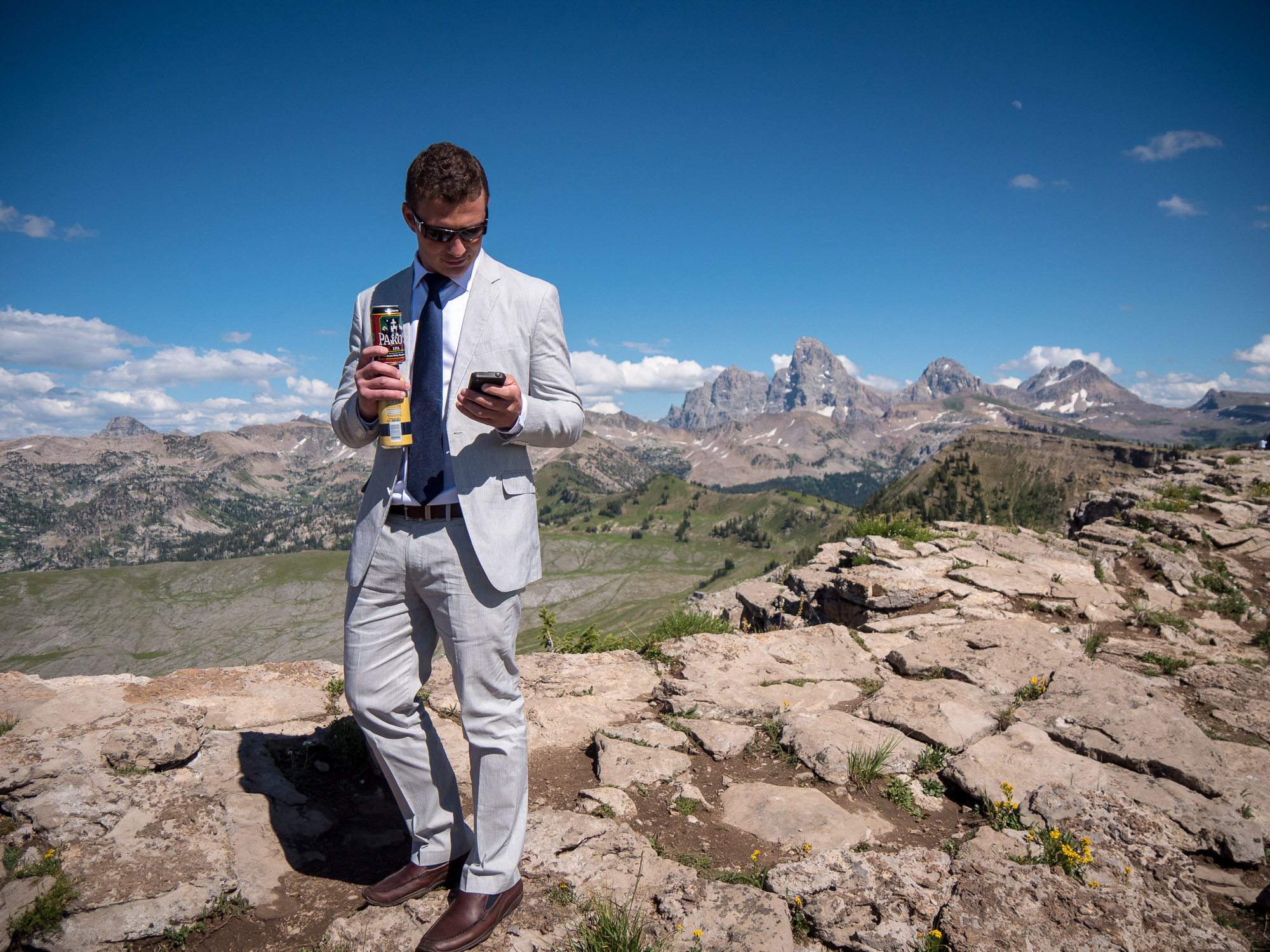 Alex takes in the sights

When you're from Jackson but living out of your car, where you really live is Curtis Canyon. The Canyon is National Forest land a few miles out Elk Refuge Road, up high above the buttes that block the view of the Tetons from town proper.

The Tetons from Curtis, making clouds

The hills at the edge of Curtis Canyon, viewed through morning fog from Elk Refuge Road

On July 30th at 10pm I drove through a blizzard on Togwotee pass. An hour or so later I was throwing my sleeping bag on top of an inflated pad next to my car in the open at Curtis Canyon, my first night there. I snuggled in to my bag, looked up at the stars just barely visible through the clouds and thought

This is it. I'm having an adventure. This is amazing.

I had just finished reading a loaned copy of Brendan Leonard's The New American Road Trip Mixtape, which romanticized life in a car and the outdoors for me. Leonard slept without the tent, and that night so would I.

Of course, it had been snowing at Togwotee, just a bit north and east of where I had set up camp. Moments after I had my thought of life-fulfillment, a fat raindrop fell on my forehead. 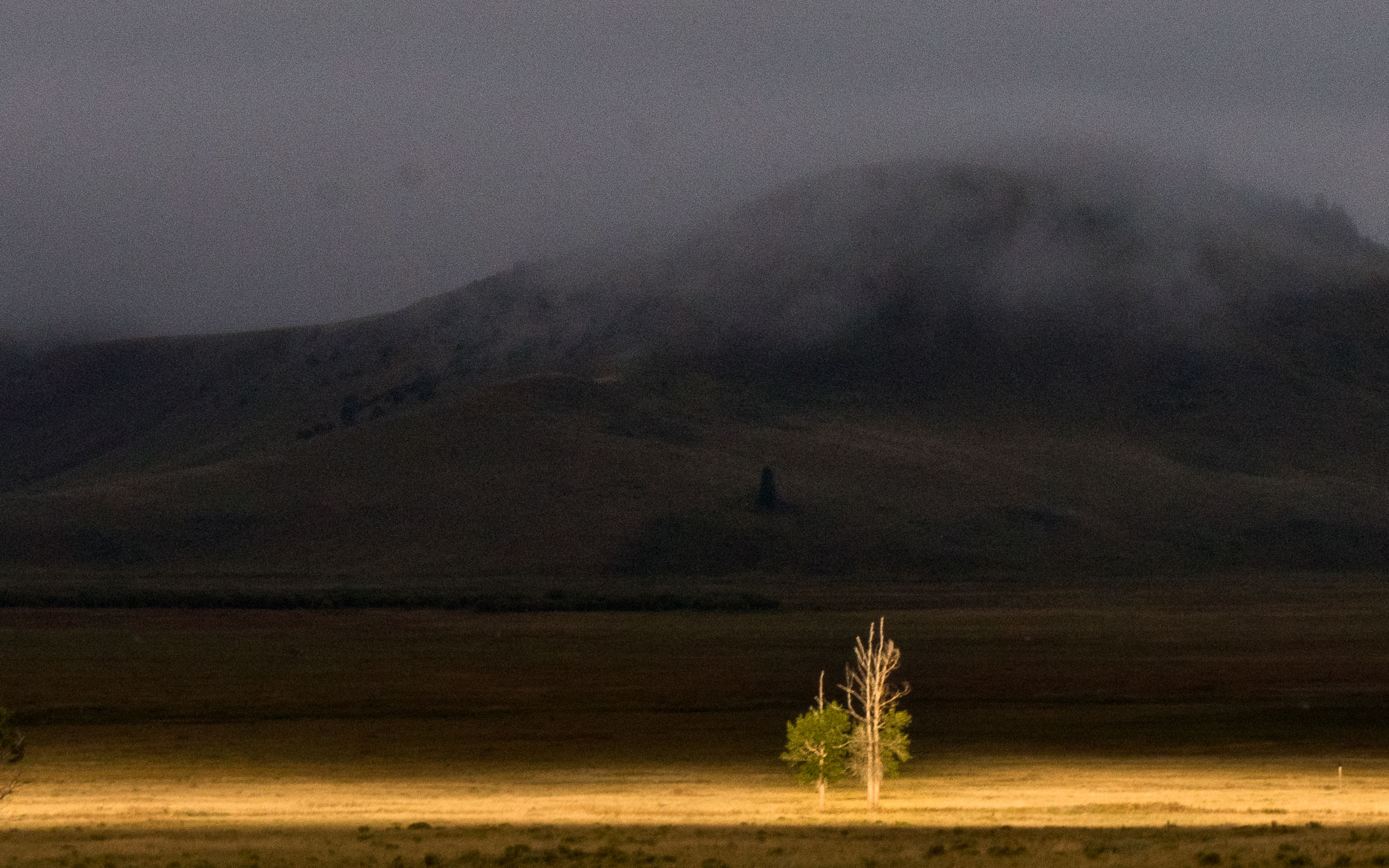 Other nights out there I fared better, staring up at the milky way under a new moon, not a cloud in the sky. 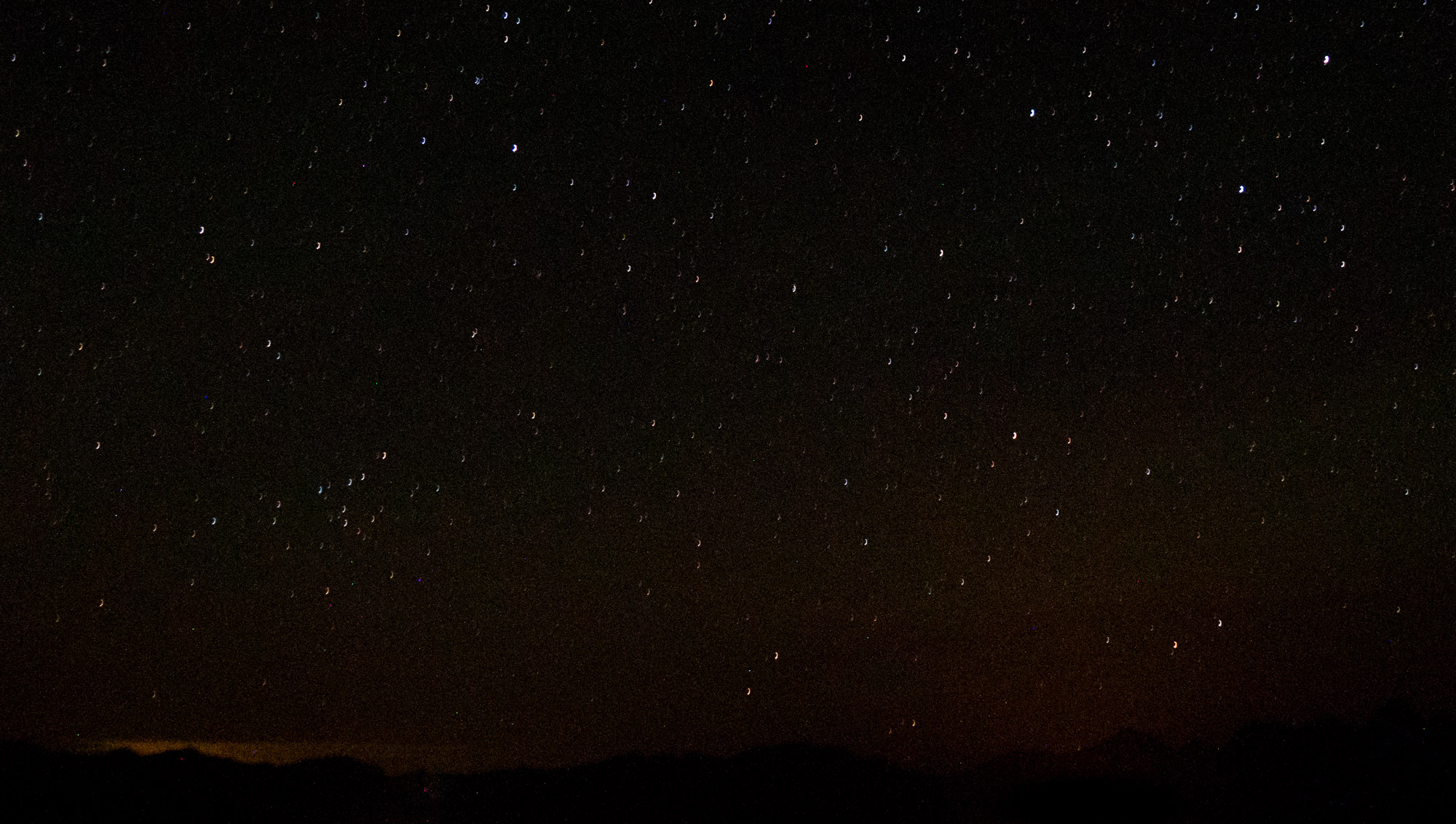 Mom and John came out for it, which the lady seems to be making a habit of now that I live somewhere beautiful. There was SUPing, a bike ride, and poleish horseshoes of death.

The fun thing here is, Mom took these photos. 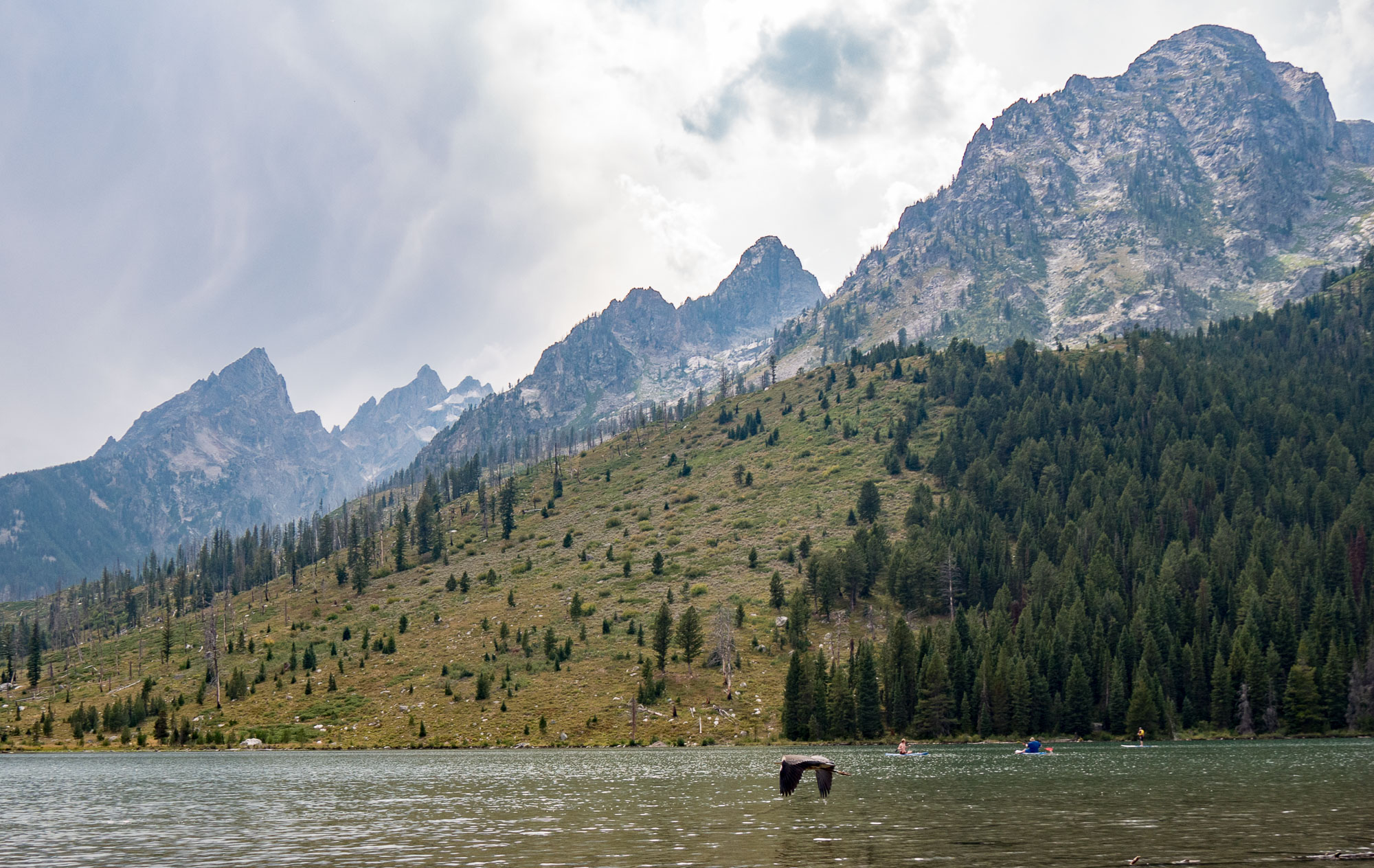 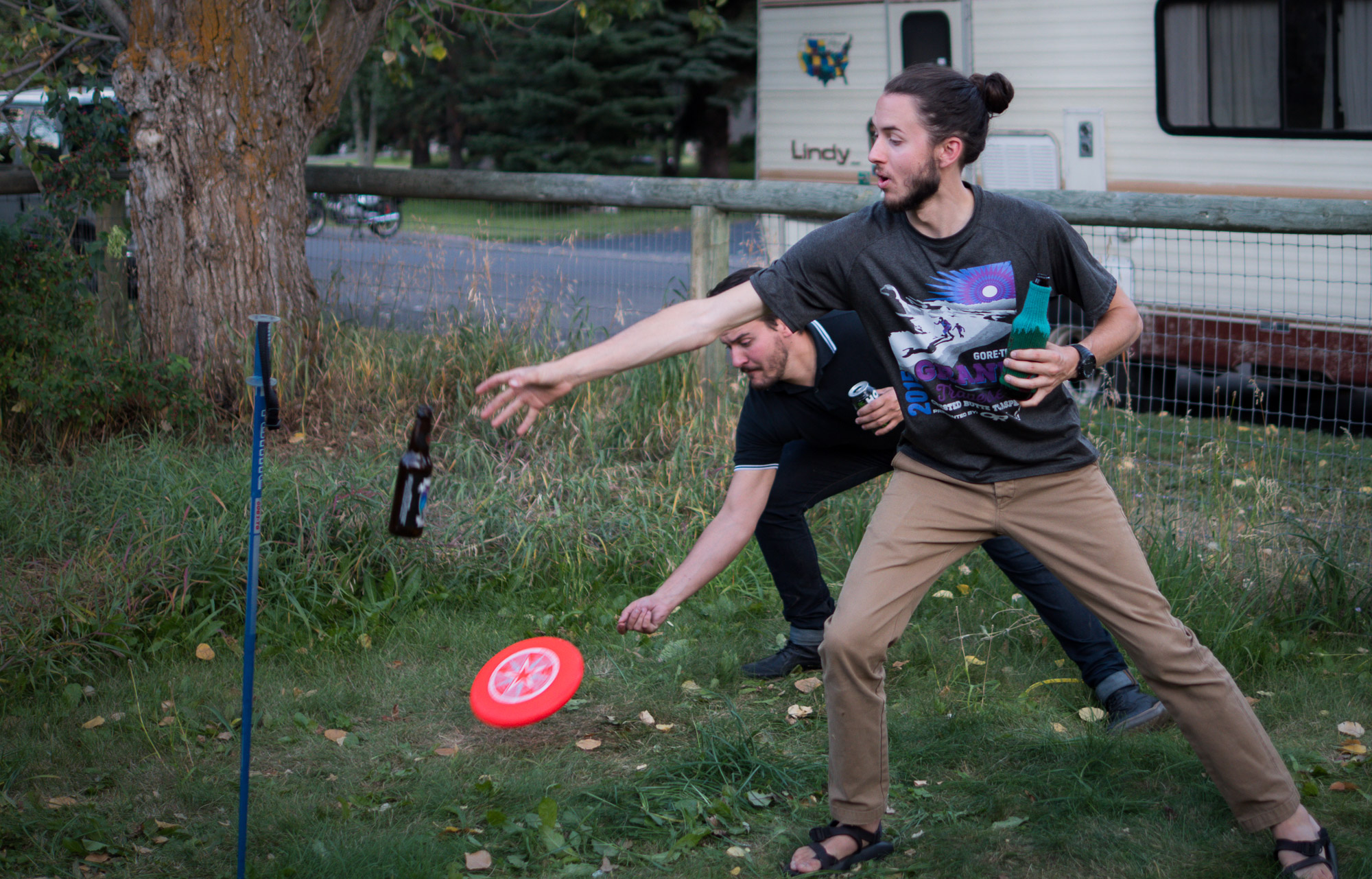 I haven't mountain biked in Jackson since I shattered my collarbone a year and change ago. Jenn Hess came to town, rented me a bicycle as a birthday present, and she and Anna and I did two laps down Teton Pass. I knew the skiing was good out there, but dang. It's fun without snow too. 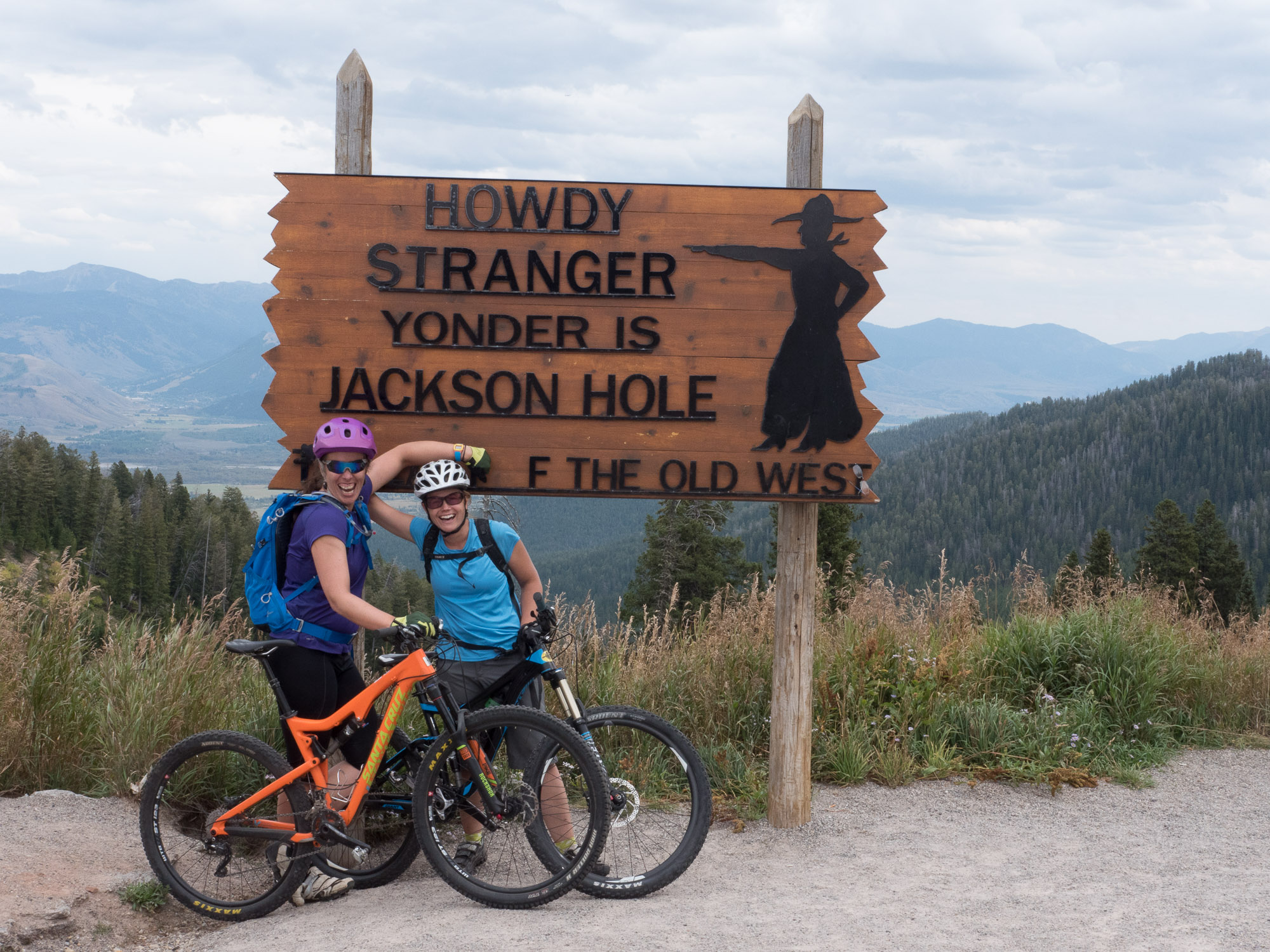 Those girls kicked my ass. I'd make an excuse like, "I've only been biking sporadically these last few years," except, even if that weren't the case they would've kicked my ass.

Between our laps, we ate too much and smashed PBRs. Just living the dream. 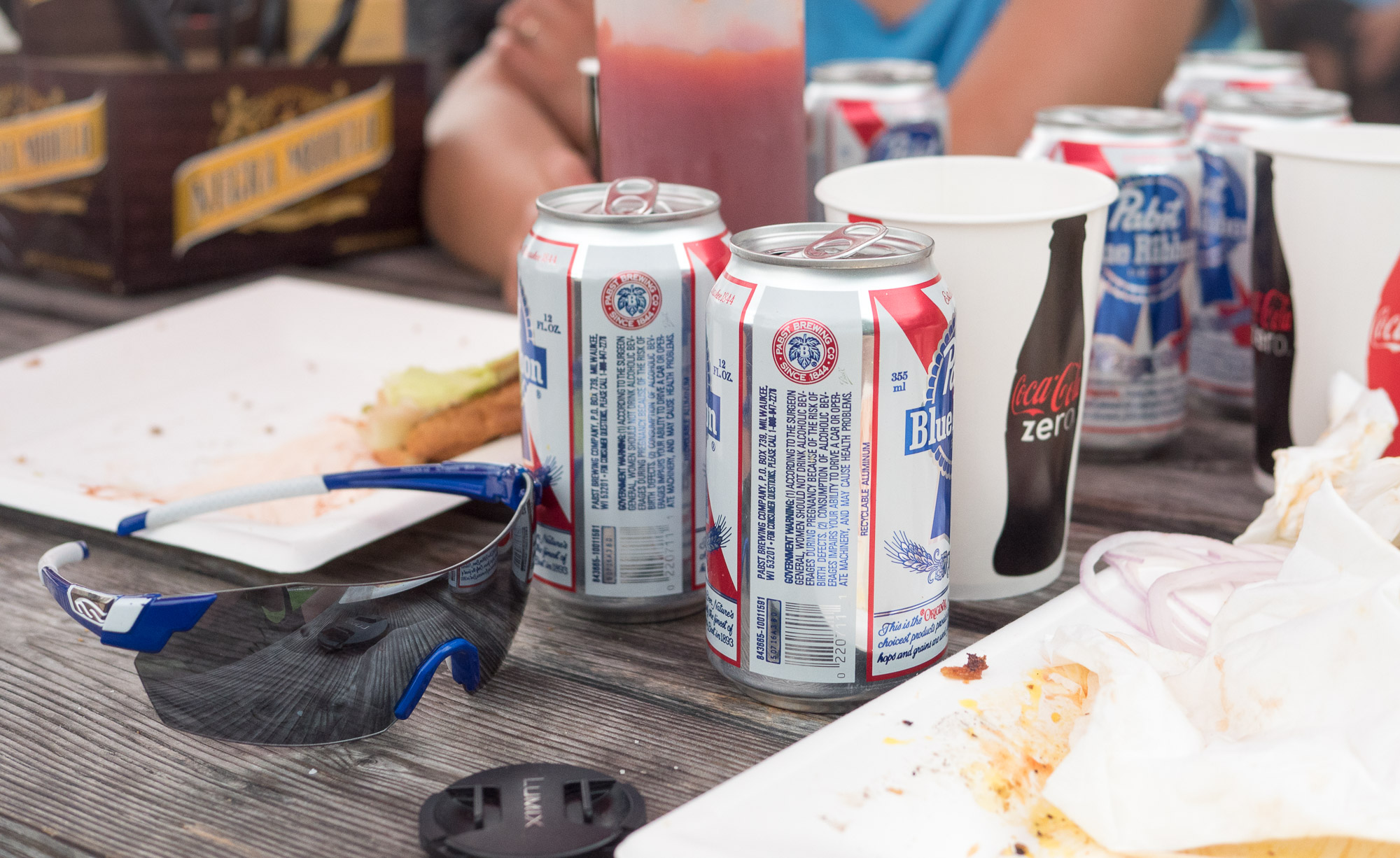 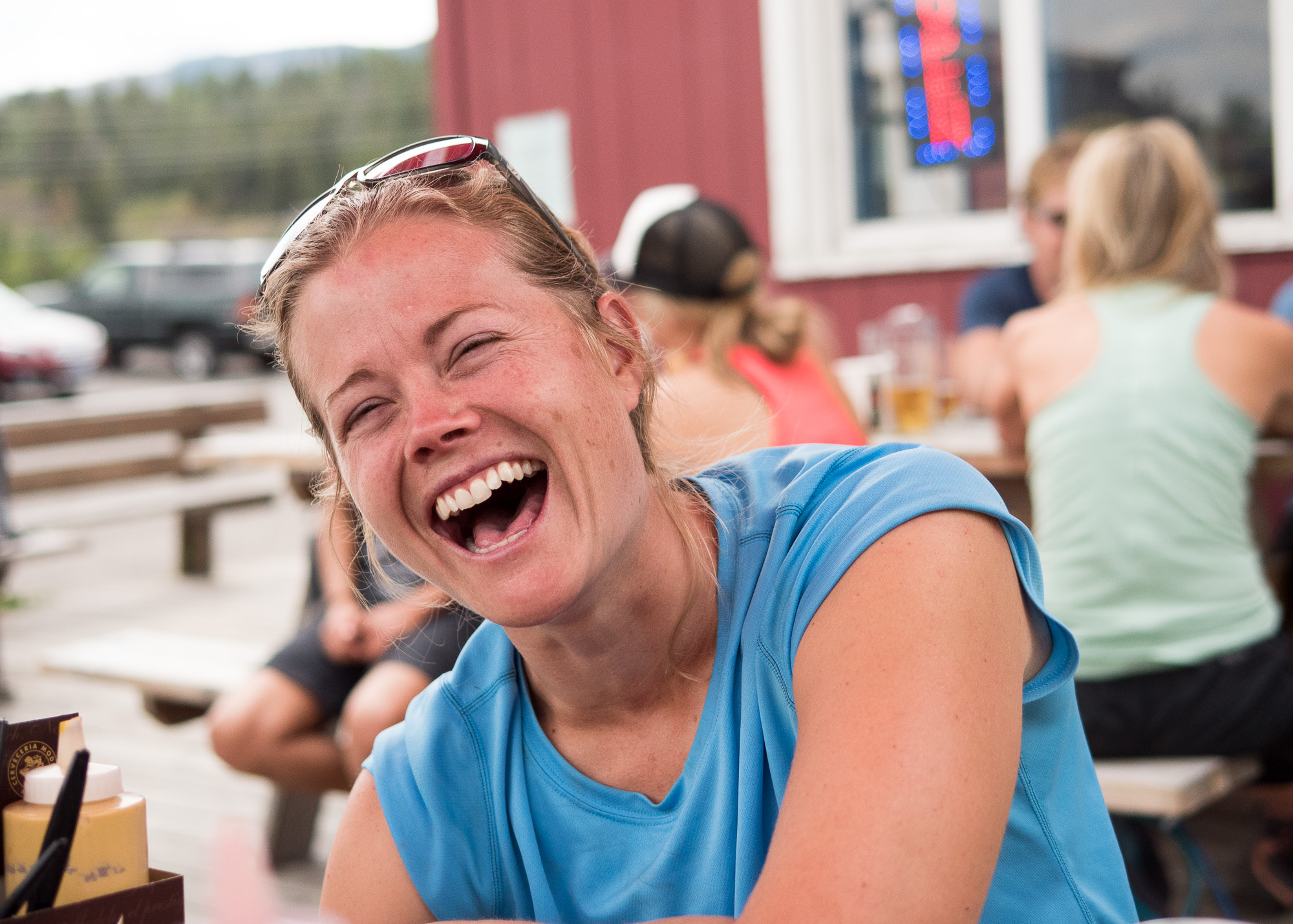 Big thanks to Sam for running shuttle. Heal up little crip. 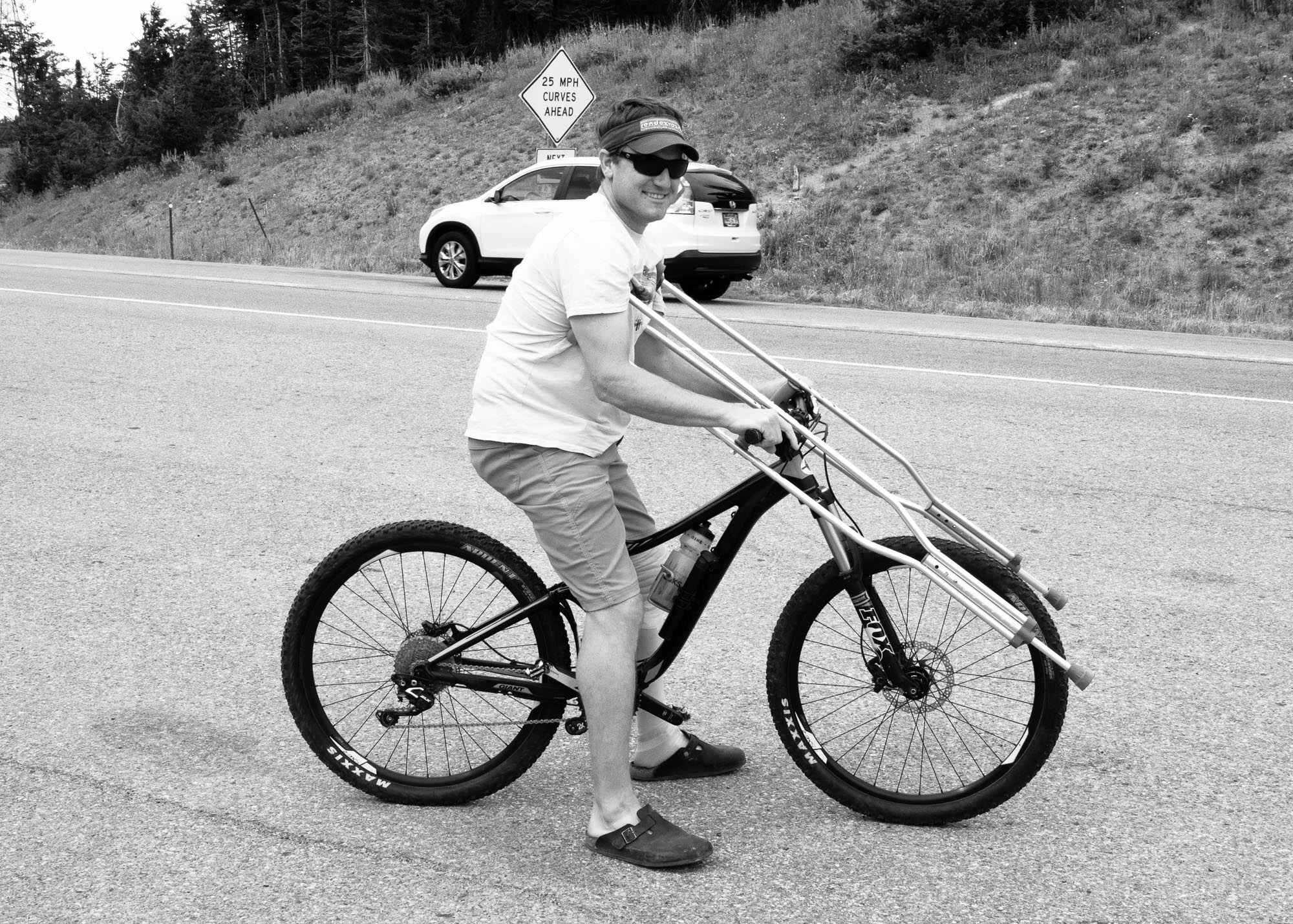 (I've also written this blog post while camped out in Sam and Anna's living room, where they've cooked my last two meals. Thanks for supporting my freewheelin', freeloaderin' lifestyle guys)

Emily and I crashed a late-night party at the Lockhart ranch. Smoke from all the fires in the West set the sky on fire during the sunset. 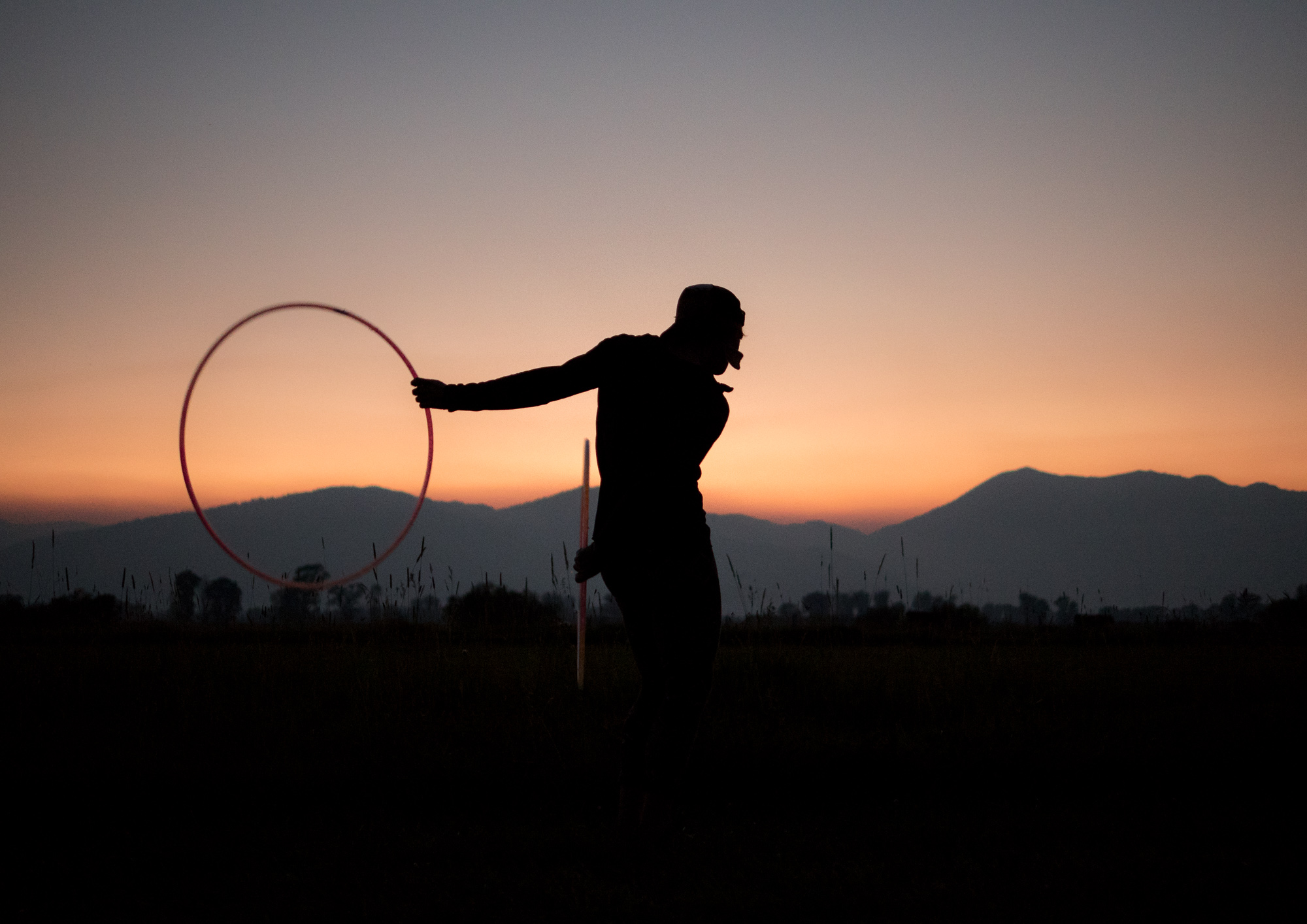 A photo I took of a tree camping at the Aspens in Wild Iris, experimenting with my new lens. 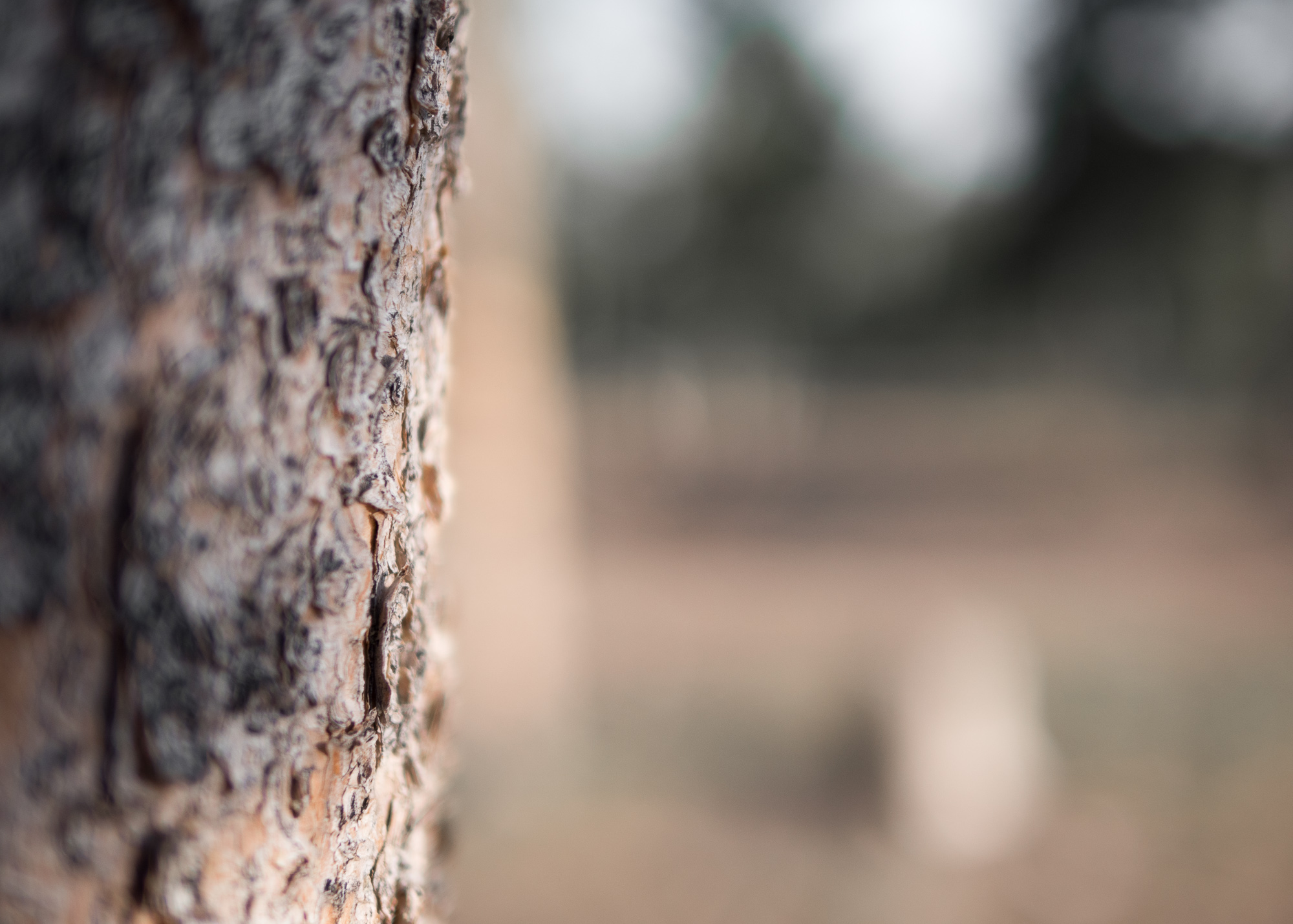